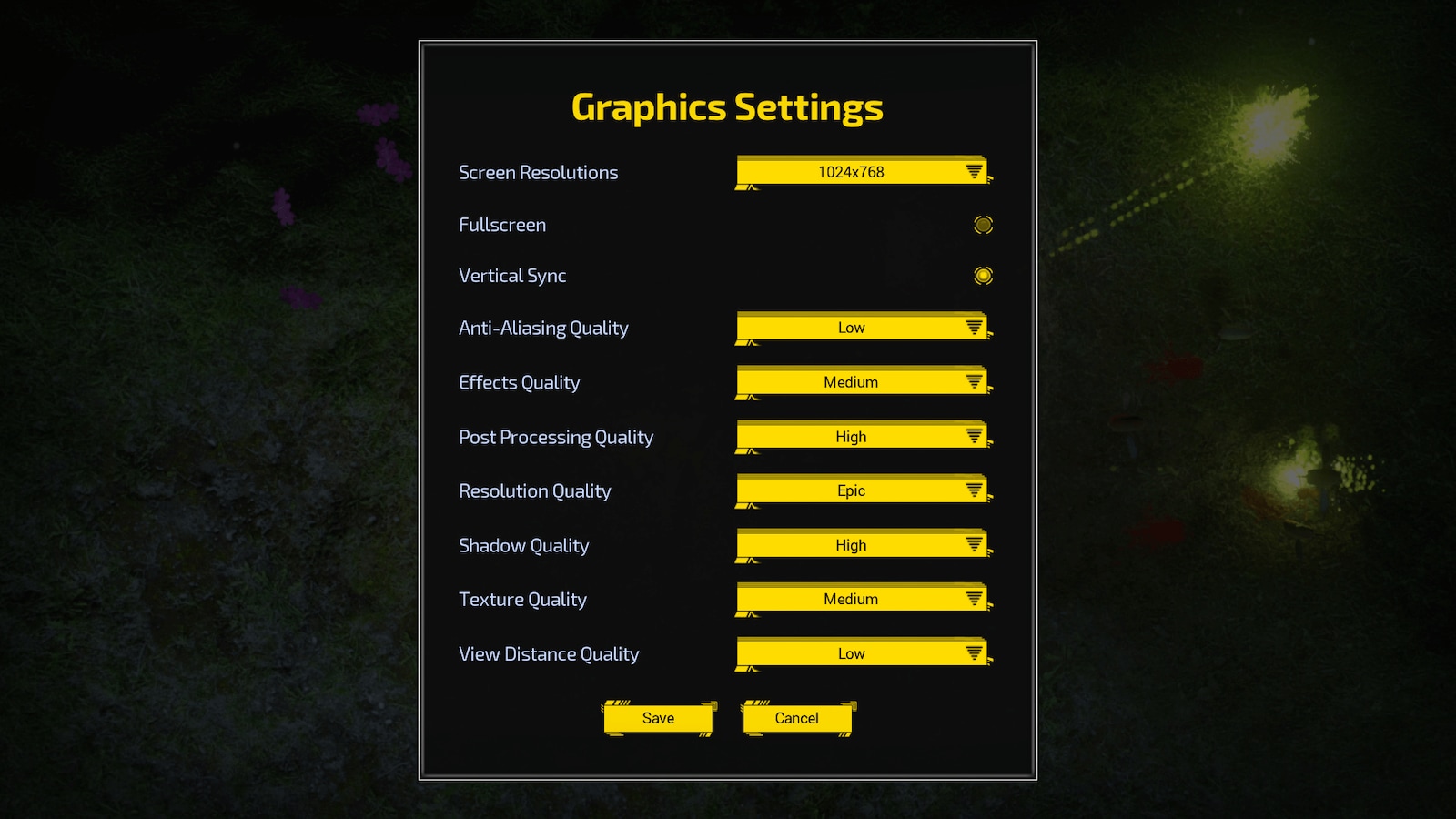 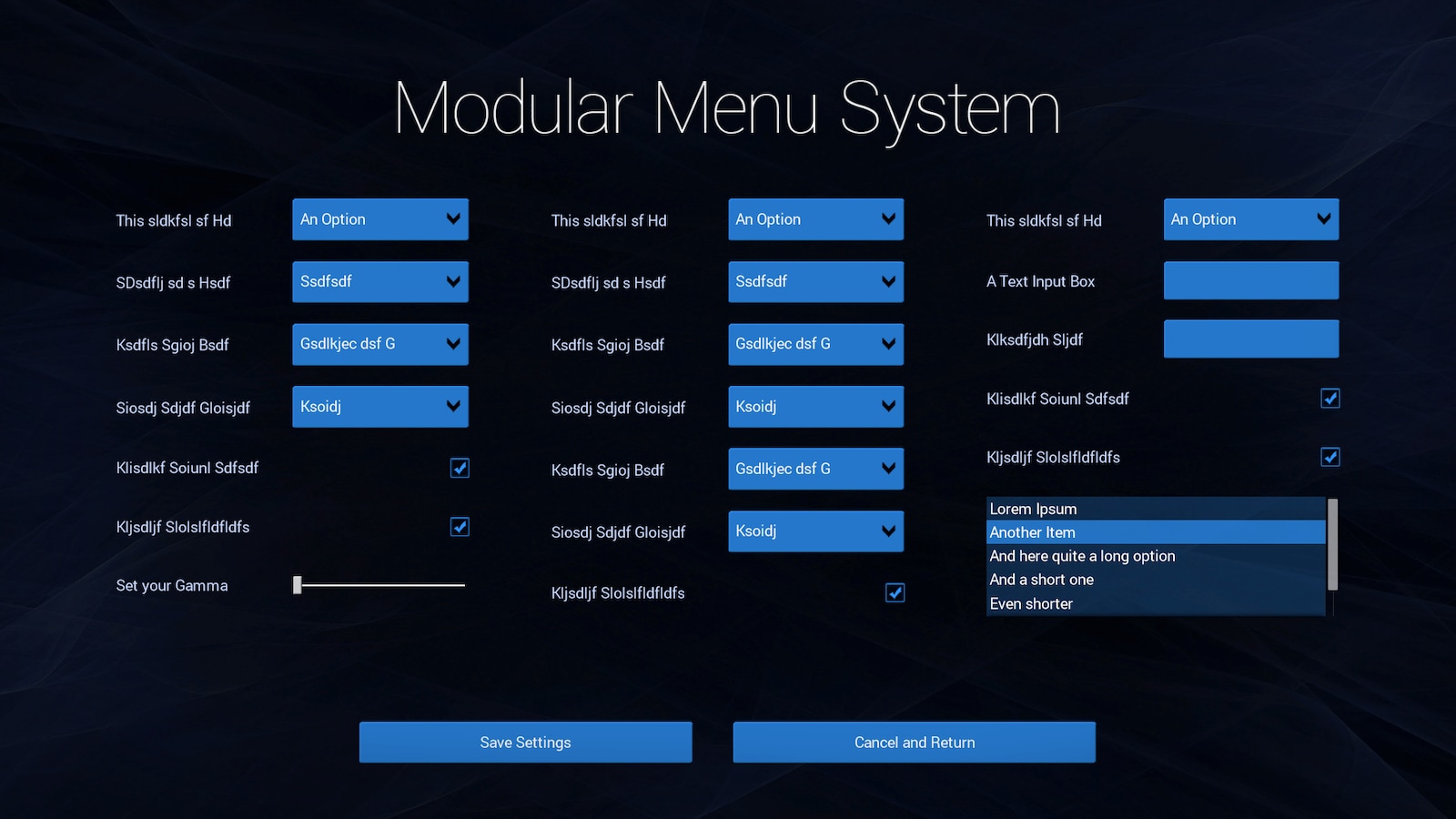 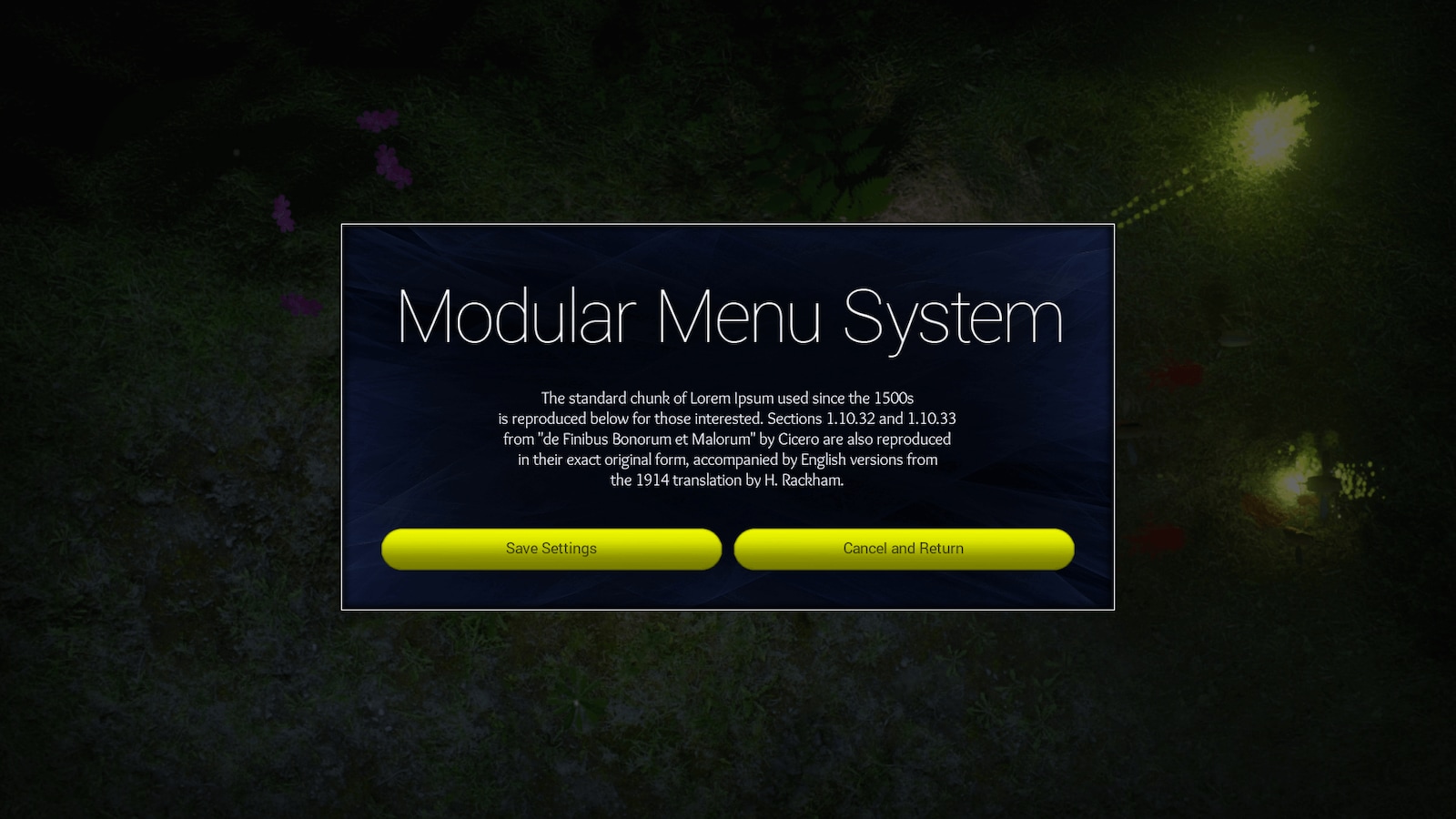 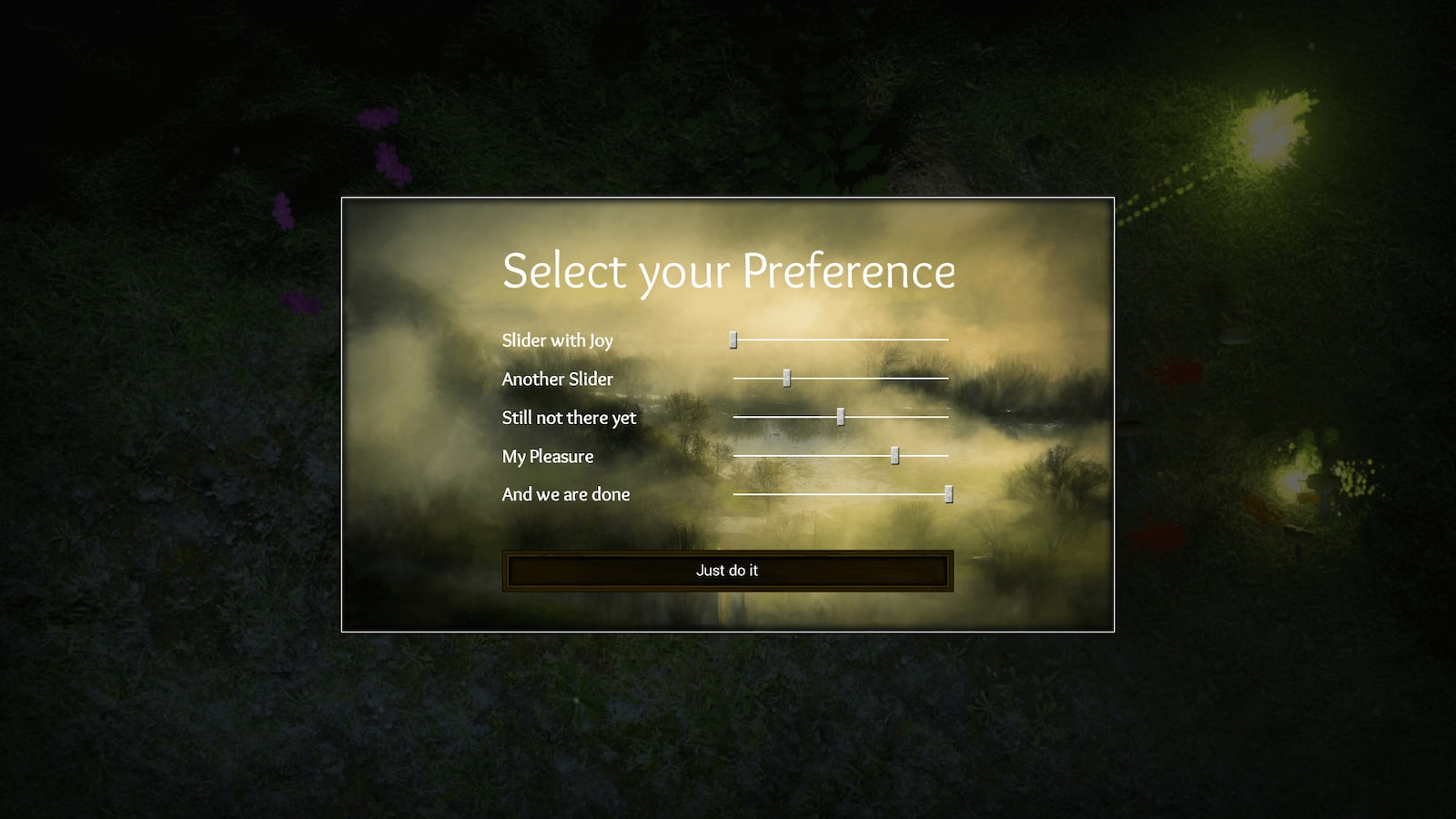 The Modular Menu System (MMS) for UE4 allows you to build UMG-based menus by using Blueprint nodes only. You don’t need to layout your menus manually in the UMG editor. Instead, you add menu elements via simple BP nodes. This allows you to build your menus in minutes, instead of hours. Currently the MMS supports the following standard menu elements:

The basic workflow with the MMS is as follows: You create an (empty) menu object, add all the elements to it that you like, and finally show the menu to the user (viewport). No need to to touch the UMG editor at all, everything is done via BP nodes. That includes the size and padding values of the menu itself, laying out the menu elements in one or more columns, including their padding, spacing and alignment values, and similar.

The MMS also ships with a built-in event system, so that clicks on buttons, changes of combo box selections and alike all fire custom events, which the developer can respond to in a custom event handler. Alternatively one can also get and set the state of all menu elements at any time.

Last but not least we also support themes and custom colors for our menu system. The MMS includes some ready-made themes (see screenshots). The user can use those themes, change their colors dynamically, or create new themes from scratch.

A short tutorial, as well as a detailed MMS manual can be downloaded from here.

The MMS has been developed and tested on Windows, but we see no reason why it should not work at least on Mac and Linux too. It should run fine on mobile platforms as well.

The MMS thread in the UE4 forums is here. 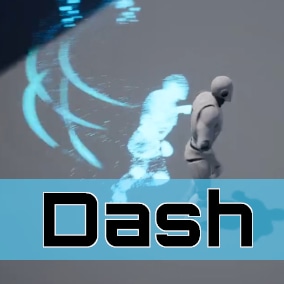 Dash Ability
Try This At Home
New!
Not Yet Rated
$4.99 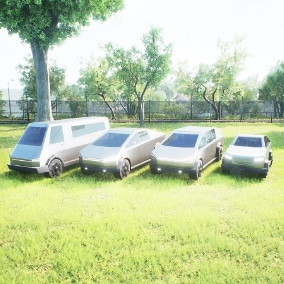 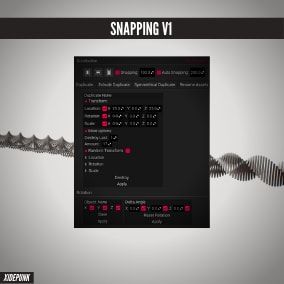 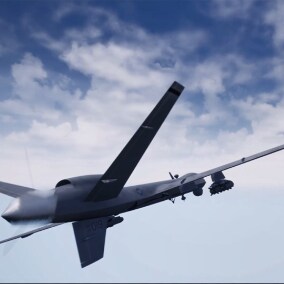