Another Game Developers Conference is in the books, and this year’s show was unlike any other. Fantastic games from teams small and large are shipping on console, mobile and PC. Virtual reality is no longer a matter of “if” but “when,” and real-time 3D engines are powering much more than just entertainment.

In our "State of Unreal" opening session, Epic Games Founder and CEO Tim Sweeney confirmed that since going free more than 1.5 million developers have chosen to create their games and experiences with Unreal Engine 4, making it the fastest growing engine in the community.

Citing examples of developers achieving enormous success with Unreal, from hits in the Western market such as ARK: Survival Evolved and Rocket League to the emerging mobile AAA scene in Asia, Tim explained how Epic gives you everything we make for our own games so you can utilize all possible advantages. From the engine’s full C++ source code available on GitHub to innovative features we’re shipping in Paragon, Epic is pushing technology forward hand in hand with the development community.

Tim covered a few additional highlights which are helping developers: Epic Zen Garden onstage with Apple showing Metal API running on iOS live for the first time ever; Epic returning to the WWDC stage with a Fortnite demo that pushed UE4 to be the first engine to support Metal on Mac; Bullet Train’s big debut at Oculus Connect 2; Paragon confirmed for PS4; and ProtoStar demonstrating support for Vulkan API thanks to a deep collaboration with Samsung Mobile.

FREE, AND THEN SOME

Tim also raised a fair point: Sometimes it’s not enough just to make a great game. You need money to hire skilled people to make trailers, to log extra hours of QA, and to buy ads for your game’s launch.

That’s why we launched the $5 million Unreal Dev Grants program a year ago. We remember what it’s like to survive on caffeine and ramen, and we are grateful to be in the position of being able to help folks make even better content, tools and learning materials for the Unreal community.

Unreal Dev Grants seed individuals and teams with no-strings-attached funds so they can rest a little easier and get one step closer to success. Up until GDC 2016, we had awarded $700,000 in grants, and at the show we added more than $500,000 to that number, bringing the grand total of grants awarded to exceed $1.2 million.

In addition, we have partnered with Valve, and secured 500 Vive PRE kits for Unreal Dev Grants. How do you get your hands on one? It’s simple: Apply through the page here with details about your team, your project (must have a working UE4 prototype and/or VR-compatible UE4 project for testing), and if possible, include a video link to your work in UE4 (an unlisted YouTube video is fine). There’s no need to send us a build of your project. If approved, you’ll receive a Steam key which can be redeemed at the HTC website.

Five teams receiving grants at GDC exhibited with us:

Congratulations to all of our GDC 2016 Unreal Dev Grant recipients:

On Wednesday we released a preview of the VR Editor on GitHub. You can now get started building content using the Unreal Editor in VR mode using motion controls, specifically, Oculus Touch and Vive. Big thanks to getnamo for adding Hydra support!

We are aiming to bring the VR Editor to the binary tools this summer.

Ninja Theory's Tameem Antoniades took the stage to reveal a historic real-time animation demo based on a live performance of Senua from Hellblade, the studio's upcoming game for PlayStation 4 and PC, powered by Unreal Engine 4.

An incredulous audience watched an emotional performance by Melina Juergens, who plays the game’s protagonist, streamed live in real time through Unreal Engine. The advanced facial rig was built and optimized for real-time performance by the world-class animation house 3Lateral, while Cubic Motion, a leading provider of facial animation and advanced computer vision, used this as an opportunity to launch a revolutionary new system for live real-time animation.

Partners coming together in the Ninja Theory collaboration include Epic Games, 3Lateral and Cubic Motion, with support from IKinema and Xsens.

Our long-awaited cinematic tool Sequencer is available now as a preview on GitHub, with more features shipping in 4.11 (soon!) and 4.12. Epic’s Michael Gay and Grayson Edge provided a quick demo based on Hellblade assets:

Sequencer brings a whole new level of control - and opportunity - to creating cinematics, short films, trailers and more. Through the shot-based workflow, those with traditional video editing experience will feel much more at home in Unreal thanks to intuitive, collaborative features. Furthermore, you can import Matinee assets into Sequencer and apply the new benefits to your existing work. 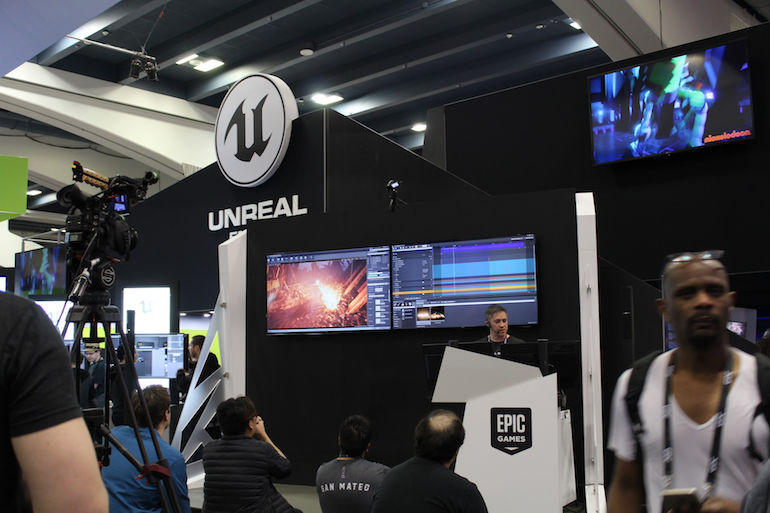 Here at Epic we especially enjoy using Sequencer in tandem with UE4’s built-in replay system, as it lets us show off the most impactful moments in Paragon with ease. We like to think of it as the tool that helps you “get your marketing for free.” We can’t wait to see how you use Sequencer, and we welcome your feedback.

For more information on Sequencer, check out the session “A Real-Time Rendered Future” which will be up at our GDC 2016 playlist on YouTube later in the week. 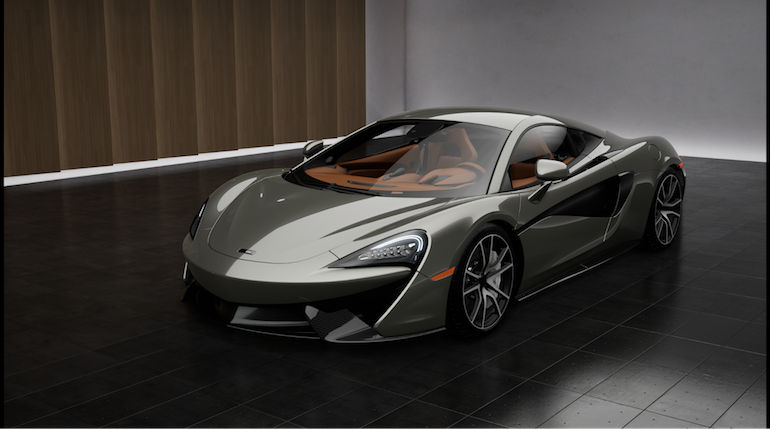 Also featured in the Real-Time Rendered Future presentation are McLaren, who are using Unreal Engine 4 for automotive configuration and design; NASA, who have built the entire ISS in Unreal; and Disney Imagineering, who are working with Lucasfilm to use Unreal to expand their Star Wars-themed parks at Disneyland and Disney World. 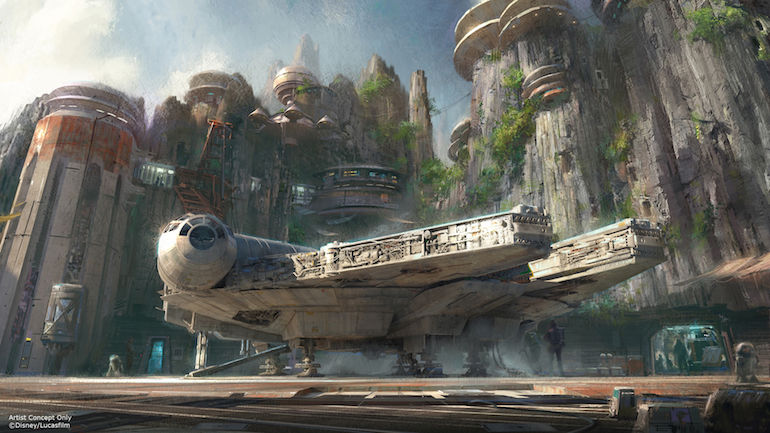 Real-time 3D is the common thread that is forcing all of these amazing industries to collide and collaborate. The future is bright for developers.

Oculus CEO Brendan Iribe took the stage to discuss how our partnership remains as strong as ever. Brendan recapped the flagship demos built by Epic for Oculus over the years, emphasized Oculus’ internal titles using Unreal such as Lost, Toybox and Henry, and then revealed a number of Unreal-powered experiences shipping in the Rift launch window, which kicks off on March 28.

We revealed two innovative television IP-based projects during our opening session. Sorry we can’t embed the dedicated videos here; you can, however, watch them in the State of Unreal video on YouTube.

First, The Future Group is pushing the use of UE4 by creating a new interactive platform that merges television with gaming. It’s a mixed-media experience combining live actors filmed on green screen, audience participation, and real-time graphics powered by Unreal. Essentially, you can play in real time by competing against the people on the show or against anyone watching the show.

Secondly, Nickelodeon is pushing the future of children’s entertainment using Unreal. A preview of the new real-time animated “Project 85” (codename) is seen in the video above.  As technology is integrated into kids' lives, from the moment they can push a button or swipe a finger, they expect to have experiences with characters and stories as well as interact with them whenever and however they want.

Nickelodeon says that “Unreal Engine provides tools to be making content at the highest production level all while giving us the building blocks for the future of kid’s entertainment, whether it be linear or immersive interactive cartoons, on a screen or in virtual reality. Using Unreal, kids can watch our stories, play with our characters, and invite them into their living room like never before.”

On the production process, Nickelodeon confirms, “Unreal has given us unparalleled creative abilities in regards to pipeline opportunities. Directors and designers can see right now what once took hours or even days to achieve. The flexibility of the tool allows us to take bigger risks as we can now iterate on the fly and push into areas that were once cost and time-prohibitive. We also can also build assets one time that can be used in a multitude of storytelling applications and platforms.”

PLAY ALL THE THINGS

We were thrilled to reveal that both Epic’s Bullet Train and Lucasfilm ILMxLAB’s Star Wars: Trials on Tatooine - all powered by Unreal Engine 4 - were playable in our VR arcade at the Unreal Engine booth, South 1024. 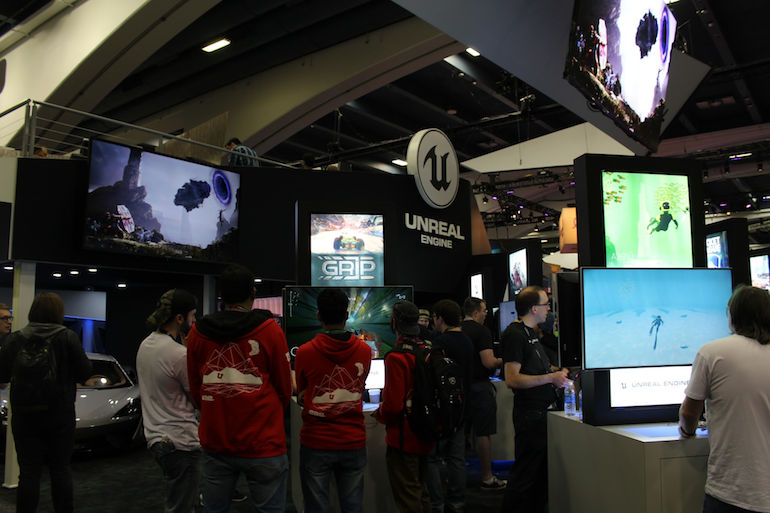 The GDC VR Lounge in West Hall was packed for five days straight, and featured the following Unreal teams: Annie Amber from Carlos Coronado; Chronos from Gunfire Games;EVEREST VR from Sólfar Studios and RVX; Gary the Gull from Limitless Ltd & Motional; Giant from Milica Zec and Winslow Turner Porter III; Gunjack from CCP Games;Invasion! from Baobab Studios; Paranormal Activity VR from VRWERX; Raw Data from Survios; The Rose and I and Allumette from Penrose Studios; The Walk VR Experience from Create VR; Thunderbird from Innervision VR. 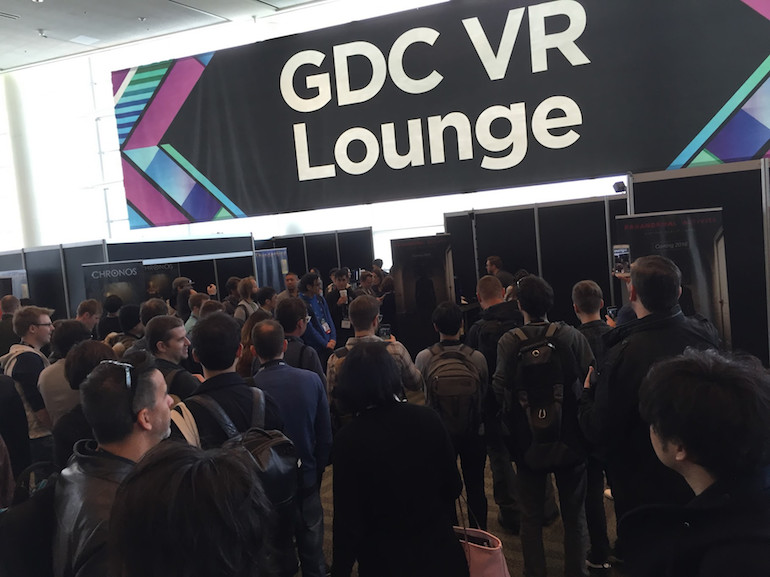 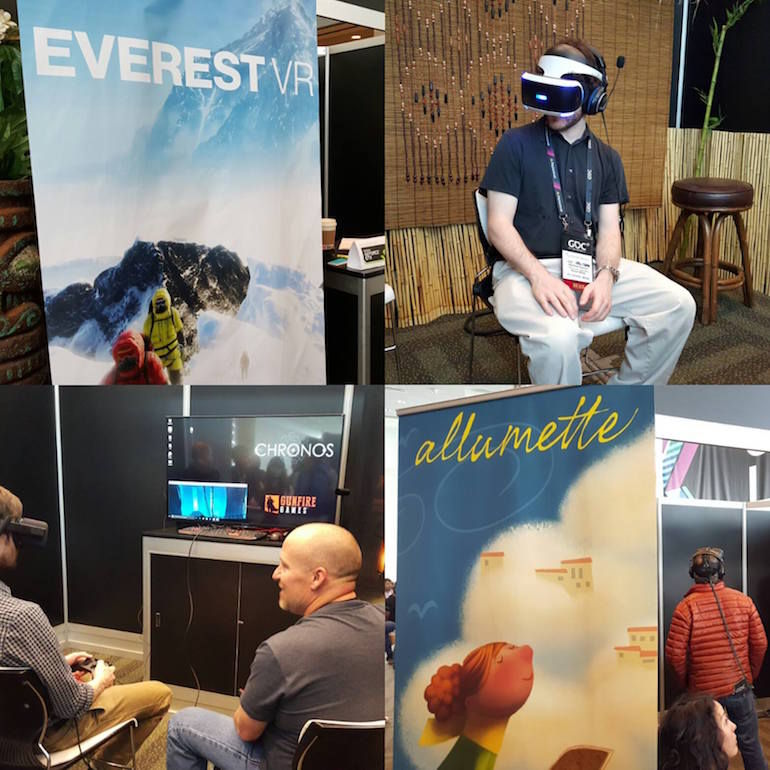 For a summary of our previously announced activities, visit the official GDC 2016 blog post. Want to see all of the videos we released in one place? Hit up our GDC 2016 playlist on YouTube. Keep your eye on this area as this is where we will upload all of the talks from our West 3001 sessions.