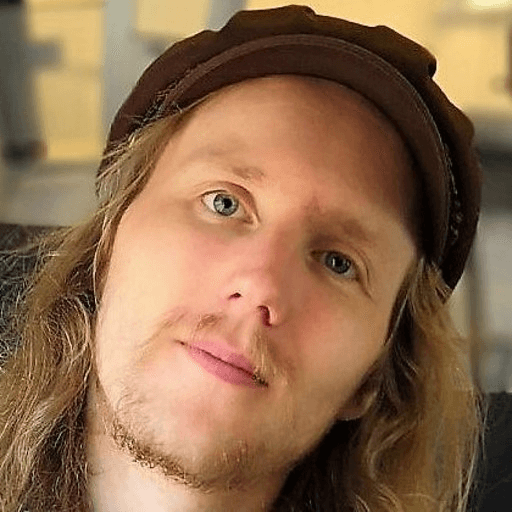 Ulf Hartelius is game director on The Gunk. He has been with Image & Form from SteamWorld Dig onward and has done all kinds of game design and programming work on the SteamWorld series.
Upcoming action-adventure game The Gunk is both a metaphoric examination of modern society’s struggle with conservation and a chance for the development team that made a name for itself with the popular SteamWorld games to stretch its wings.

In the game, players will take control of a scavenger named Rani as they and their partner work to rid an alien planet of a slime-like parasite nicknamed “the Gunk.”

We chatted with Game Director Ulf Hartelius about the game’s inception, how it was shaped by the studio’s previous work on SteamWorld titles, and what players can expect when they dive into this new adventure in December.
How did the idea for The Gunk come about?

The Gunk Game Director Ulf Hartelius: We started with an early prototype with placeholder tech and art that helped shape The Gunk’s tech. In that first prototype, the only thing you could do was move about a small but open-ended jungle that was filled to the brim with grey fog. By sucking up the fog with a vacuum, you revealed the level underneath it. From there, we’ve just been constantly expanding and experimenting with this basic premise: How to make exploring and revealing a world as interesting as possible.

How did the game evolve from that initial prototype idea?

Hartelius: There have been a few big, interrelated shifts in the game since the first prototype. The game started out with a top-down view, similar to Diablo, with no camera controls. But as we felt that exploration was such a key part of the game, we really wanted the player to be able to get much closer to the world, so we moved the camera much closer and into a third-person perspective. With that change, it followed that our gunk could no longer be a simple heightmap on the ground, but instead had to also be fully 3D. That’s when we began our hard work on implementing the unique raymarching tech that gives the gunk that mesmerizing, always-shifting quality.
Image courtesy of Image & Form Games
How did your work on the SteamWorld franchise impact the design decisions and concepts behind The Gunk?

Hartelius: A lot! We’re still the same folks, and we’ve learnt a lot making the SteamWorld games up until this point. While this game is a completely fresh setting, a new genre, fully 3D, and so on, from a pure game design standpoint, there’s a lot of old truths that still hold true, like the ways in which we value the player’s time, and how we try to make sure that the game can be enjoyed by players regardless of skill level. There are also more specific design nuggets that we’ve revisited from earlier games, like an upgrade system with multiple resources that was something we had experimented with for SteamWorld Dig 2.

What more can you tell us about the game’s backstory and the relationship between protagonist Rani and their friend Beck?

Hartelius: While there’s a lot of backstory written about it, there won’t actually be much emphasis on Earth or what’s happening outside of the game’s immediate setting. We prefer to focus on what the player will be interacting with. But Rani and Beck’s relationship, on the other hand, is definitely one of the game’s center points and something we’ve poured a lot of love into. They are a pair of space miners who scour the galaxy for resources that they can sell to make ends meet. We really want them to feel like believable characters with genuine flaws, and their constant radio banter has been described by many of our playtesters as one of the absolute highlights.

What made the team decide to create a larger game featuring 3D graphics?

Hartelius: We had been doing our 2D SteamWorld games for a long time (about 10 years!) and we really wanted to stretch our wings. A lot of intriguing ideas have emerged during that time that we could only act on in the event that we made the jump to 3D—we can finally start making use of those ideas with this game. The concept of the regrowing flora, for instance, was prototyped several years ago for a completely separate game. But it was also because we realized that this game needed a decently big world for you to explore and we just couldn’t resist the temptation of pushing the limits of what we could do.

How did Unreal Engine help you make that transition from 2D to 3D?

Hartelius: Tremendously! We never could have made this game without it. Not only being able to use all of its built-in features, but mucking about with the rendering pipeline was essential to get the gunk itself to work. Some plugins from the Marketplace have also allowed us to do things that would have been absolutely impossible for us otherwise, like automatic lipsync and good IK.
Image courtesy of Image & Form Games
Looking at the story and mechanics of The Gunk, it appears to lean into modern-day concerns surrounding environmentalism. Was that a deliberate choice, and how do you think the game reflects those concerns?

Hartelius: Yes, this was a very deliberate choice from the get-go. We really wanted to make a game that highlighted the current real-world climate crisis, albeit in a sci-fi setting to make it more about the general direction instead of something specific. It’s still an adventure story at heart, so it should be enjoyable for everyone, but I hope that it can help spark discussions around how we relate to our environment—both in the short and long term.

What sort of creative works inspired the mechanics and aesthetics of The Gunk?

Hartelius: Our art director Tobias Nilsson is a big fan of ‘80s aesthetics, which I’m sure will shine through. There are all kinds of influences from that era like Alien, Nausicaä, The Abyss, and Moebius, but also more modern artists like Goro Fujita and Geoffrey Ernault.

How does The Gunk leverage Unreal Engine, and what tech, in particular, did you make use of in creating the game?

Hartelius: What UE tech did we NOT use!? If I had to pick just one UE feature that really allowed us to do new things, it’d be the material editor. The shaders we’ve used in previous games have been hand-written GLSL, so naturally, we haven’t had many, and they’ve never been written by artists. Opening that up, especially with material instances to help keep complexity down while still allowing for lots of flexibility, has been eye-opening.
Image courtesy of Image & Form Games
The Gunk is coming to Windows PC, Xbox One, and Xbox Series X/S. How did the next-gen features of the Xbox Series consoles help shape the game?

Hartelius: The Xbox Series X/S have been very nice to work with, both because they’re very powerful and let us achieve our creative vision, but also because they’re pretty easy and flexible to work with. For instance, we’ve set up automatic profiling builds that continuously make new builds for each Xbox and put them through a set of predetermined tests, while collecting data and graphs for how the performance is looking.
Image courtesy of Image & Form Games
What excites you and your team the most about the long-term possibilities of next-gen hardware and Unreal Engine?

Hartelius: The super-fast loading times of the next-gen consoles combined with Unreal Engine 5’s Nanite should allow us to have game worlds that are both bigger and more detailed than ever before. I’m also really looking forward to working with Unreal Engine 5’s Lumen and other tools that will make the day-to-day work a lot faster and smoother.

What impact do you think your work on The Gunk will have on future SteamWorld games?

Hartelius: We’ve learnt a ton making this game as it’s been a non-stop flurry of new challenges for us, and those lessons will definitely help us no matter what games we make next. But our experience with Unreal Engine will also help us decide what tech to use for our upcoming games, whether 2D or 3D.

Thanks for your time. Where can people learn more about Image & Form and The Gunk?

Hartelius: Check out our site, our Twitter, and look forward to some new The Gunk stuff in the upcoming Thunderful World event, hosted by the legendary Mark Hamill.