Sackboy: A Big Adventure remains cute as a button in next-gen 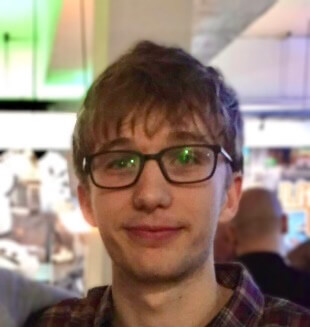 Jack Houghton is a Design Director at Sumo Digital Sheffield and over the past decade his and Sackboy's fates have been inextricably linked. His route into the games industry came from creating levels in LittleBigPlanet, where he first discovered his love for level design. This landed him a role at Tarsier Studios, working on LittleBigPlanet PS Vita. He then joined Sumo Digital as Lead Level Designer on LittleBigPlanet 3 and went on to become a key member of the Sackboy: A Big Adventure leadership team.
Last fall, the button-eyed Sackboy made the leap to 3D platformer as well as a next-gen platform with the release of Sackboy: A Big Adventure on PlayStation 5.

The game’s shift in perspective, enhanced move-set, and next-gen empowered graphics were well-received with GamingTrend saying the title delivered a “mixture of fantastic level design, coupled with a great soundtrack” and The Escapist writing that it was a “strong part of what makes the PS5’s launch lineup arguably the best in video-game history.” The game even received four BAFTA Game Awards nominations.

The PS5 launch title is the creation of Sheffield, England-based studio Sumo Digital, the same group behind 2014’s LittleBigPlanet 3. We interviewed Sumo Digital design director Jack Houghton about the anthropomorphic burlap sack, his new adventures in 3D, and how Unreal Engine helped the team and its game make the transition from 2.5D to 3D.
What inspired the team to create a standalone platforming game for Sackboy?

Jack Houghton, Design Director: Sackboy is such a wonderful and well-loved character. We felt that he absolutely deserved to be the star of his own show, and a 3D platforming adventure was the perfect fit for that!

What can you tell me about the game’s storyline and gameplay?

Houghton: Sackboy’s home (and his friends!) are put under threat from the dastardly Vex, who is looking to reimagine Craftworld in his own evil image. Guided by his mentor, a kickass Grandma called Scarlet, Sackboy sets off on a quest to become a Knitted Knight and save the world.

In terms of gameplay, our ambition was that no two levels would be the same and that we would surprise the player at every opportunity. There are epic chase sequences, baddies to battle, power-ups to master, and even a family of monkeys to save!
Image courtesy of Sumo Digital
The game is shifting from a 2.5D game to a 3D perspective platformer, what inspired that change and how was it implemented?

Houghton: Shifting to 3D felt like a natural evolution for Sackboy. It gave us a great opportunity to expand the world, expand his move-set and fully explore his personality.

The entirety of Sackboy: A Big Adventure's main campaign can be played both locally and online, by one to four players. So, in terms of implementation, everything started with the camera. Ensuring that all players would have a great time from one single viewpoint was our guiding constraint.

This meant that all aspects of the game needed to be readable through this lens. This obviously had a huge bearing on the level design, but it also had a sizable impact on things such as Sackboy’s animations and costumes.

What aspects of Unreal Engine were important in the making of Sackboy: A Big Adventure?

Houghton: Rapid prototyping and iteration played a huge role in SABA’s development due to the hundreds of unique gameplay mechanics and world interactions. Designers being able to quickly prototype mechanics in Blueprints allowed us to gain confidence in our core gameplay at the earliest opportunity.

The core principle of iteration was built into the development cycle from the very beginning. For example, the majority of world geometry was procedurally modeled directly in engine, using purpose-built spline tools. This gave us a huge amount of freedom to iterate the game content quickly and easily throughout development.

Similarly, vertex animation was frequently used to maximize the number of animating objects we had on a single screen, as well as improving performance. Examples of this can be seen across the sticker characters that inhabit the worlds, and some of the more elaborate animating surfaces, such as in the Knitted Knight Trials.
Image courtesy of Sumo Digital
The level of detail delivered in this new adventure seems quite high, including amazing texture details on the outfits and Sackboy and friends themselves. How were you able to achieve this while maintaining fluid play?

Houghton: From the start of the project, we knew we wanted to have an incredibly responsive character, so we committed to 60 FPS. Thankfully, due to the combined power of UE4 and PlayStation 5, we were able to achieve a fantastic level of detail without compromising the feel of the gameplay.

A key aspiration was to have a beautifully detailed world whilst also maintaining gameplay readability. Our talented level artists and level designers worked side by side to achieve this. We put a lot of effort into ensuring the composition of scenes complimented the flow of the gameplay.
As a team, we loved working in UE4. It enabled us to put the power of making things directly into the content creators’ hands."
”
- Design Director Jack Houghton
What sorts of improvements in gameplay are being enabled in your game with the help of the technological advances that come with next-gen consoles and Unreal Engine?

Houghton: Working with DualSense on PS5 was a great experience and opened a whole new realm of possibilities when it came to player immersion. Being able to create unique haptic feedback for different enemies, objects, and surfaces meant that we could push the tactility of Craftworld further than ever before. For a game like Sackboy: A Big Adventure, where the surface materials already look like you could reach in and touch them, this helped bring the player one step closer to feeling like they’re part of that world.

Similarly, the adaptive triggers allowed us to provide sensations that match what Sackboy would feel in-game. For example, when picking objects up, we give tension to each press which conveys that he is struggling to carry them.
Image courtesy of Sumo Digital
How did the team decide what to include and what to leave out from the broad range of options in a game like LBP?

Houghton: It was always our ambition to focus solely on play with Sackboy: A Big Adventure. We felt that this focus was important in order to provide a highly polished, fun, and immersive AAA platformer.

However, maintaining the DNA of the LittleBigPlanet franchise was continually at the forefront of our minds. Quite a few of the developers building the game originally came from the LittleBigPlanet community, so respecting and honoring that legacy came naturally to us.

We hope that this can be seen throughout the game, from high-level concepts such as the eclectic soundtrack and an irreverent sense of humor to more low-level components such as the inclusion of Score Bubbles and the classic Bouncepad visuals.

Overall, how was the experience of using Unreal Engine to build Sackboy: A Big Adventure?

Houghton: As a team, we loved working in UE4. It enabled us to put the power of making things directly into the content creators’ hands. This approach was integral to us packing as much variety into the game as did.

We hope that players enjoy playing the game as much as we enjoyed making it!

Thanks for your time. Where can people learn more about Sackboy: A Big Adventure?

Houghton: Learn more about Sackboy: A Big Adventure on the game’s official PlayStation page and Sumo Digital on its website.

Get the world’s most open and advanced creation tool.
With every feature and full source code access included, Unreal Engine comes fully loaded out of the box.
get started now
News
February 10