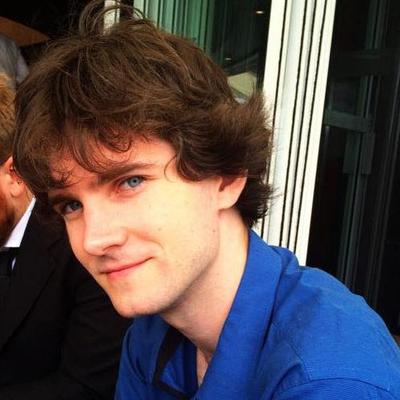 Ben Marrinan has been a game designer based in Brisbane for more than a decade. In that time, he worked at Halfbrick Studios as the lead designer of Fruit Ninja, Radical Rappelling, and Hollywood Game Night. He was co-founder of the indie development crew Team Shifty, where he was the lead designer of Mr. Shifty, and more recently co-founded Team WIBY, where he is the creative director on Phantom Abyss.
Phantom Abyss blends the best of single-survival battle royales with a unique focus on surviving the dangerous environment rather than threats from other players. Each procedurally generated ruin is packed with traps, curses, and a lone prize. A player only has one chance to beat a ruin and once it’s beaten, it’s gone for everyone forever. Finally, the asynchronous take on the multiplayer game populates the ruins with the ghosts of others who have tried and failed, offering potential hints at how to win.

It should be no surprise that the unique title, with its neon temples and severe dangers, has taken the streaming world by storm, and garnered a “very positive” reception on Steam where it’s in early access.

We spoke with game designer Ben Marrinan about the inspiration behind the clever title, what is still to come as Phantom Abyss makes its way toward full launch, the hidden narrative of the game, and how a game with such a hand-crafted aesthetic used procedural generation to give players an endless supply of seemingly unbeatable temples to explore.
How did your studio form and where does the name come from?

Creative Director Ben Marrinan: We’ve been making games together for a long time. Our previous game was called Mr. Shifty and was made under the company Team Shifty. We started Team WIBY for our next title as we didn’t have the exact same team, and it was easier to start a new company for ownership of Phantom Abyss.

WIBY is an acronym for Phantom Abyss’ original title: “Will it be you?”

What was the inspiration for Phantom Abyss and what was your original concept for the game?

Marrinan: Honestly, the inspiration came from battle royale games. We started forming the idea together in December 2017 and started the first prototype in January 2018. Battle royales were really taking off around that time, and it was fascinating to me how a genre could totally dominate the industry so suddenly. There are quite a few elements in the battle royale genre that I wanted to explore: I love the core concept of many players, but one winner.

We didn’t have the team size to create a giant multiplayer game, but I still wanted to make a game about competing against others and being the sole winner. From that, the idea of claiming a relic that no one else has been able to reach in a ruined temple came quite quickly, and from that, the idea of including phantoms of previous players shortly followed.

The core concept and original idea have remained the same from day zero!

Phantom Abyss has a very Indiana Jones meets Tomb Raider vibe. What sorts of movies, literature, and games did you draw from when creating the Phantom Abyss?

Marrinan: Shameful to admit this, but the only Indiana Jones movie I’ve watched is Raiders of the Lost Ark, and I’ve never played Tomb Raider! Don’t get me wrong, they were still definitely influences though.

I’d say we used a different influence every day while working on Phantom Abyss. To name a few movies: The Cube, The Mummy, and Kingsman: The Golden Circle all played influences into various decisions.

And for games: Zelda, Dark Souls, Apex Legends, Mirror’s Edge, and Spelunky all came up in discussion at one point or another.

One thing I’ll say is we were never trying to make “x but y” for the setting. Gameplay always comes first and always directs our decisions.
Image courtesy of Team WIBY
I love the aesthetic of the game and how it blends archetypical Mesoamerican architecture with a vibrant—sometimes neon—color palette. How did you come up with this approach and how did it evolve?

Marrinan: Thanks! The art style was definitely a tricky thing to get right. From day one, we were calling the art style “photo filter hyper temple.”

The art style being vibrant was important to us, as we wanted the tone to be positive and pretty. We knew going in that we’re ultimately making a difficult game that expects you to die, and we wanted to counterbalance the negativity of dying with a bright and inviting look.

What made you decide to make the game asynchronous and combine that with this concept that each procedurally generated temple can only be beaten by one person?

Marrinan: Being asynchronous initially came from the restriction of our team size. We started with three people making the game and were looking for ways to keep the scope manageable. Oftentimes restrictions turn into blessings, however, as it makes you find interesting solutions.

I mentioned earlier how battle royales were an influence, and that “one-winner” games were something I wanted to explore. By not going for strictly traditional multiplayer, procedural content seemed like the next best thing. I think there’s a lot of room for growth and improvement in procedural content in the industry. Player demands keep growing and it’s tough for developers to keep up! Going into this game, we knew we had to cover as many bases as we could to maximize our work output to playtime ratio.
Image courtesy of Team WIBY
How does the procedural generation work in your game? What specific design rules did you lay out to ensure the creations would meet your standards and be playable?

Marrinan: The biggest challenge with procedural generation for us was making something look like it belongs in a temple and that it doesn’t look “procedural.” It’s easy to fill a room with stuff, but it’s hard to make it look interesting. We ended up doing more handcrafting of rooms than we had hoped to achieve these goals.

There are several steps we take for our temple generation. First, the game creates a floor. A floor consists of a start room, regular rooms, corridors, and an end room.

There are several types of rooms that can spawn, such as an “active” room. An active room contains traps or an obstacle that is in the player’s face and they need to deal with it, such as a giant spinning log. Alternatively, players might get an “inactive” room where there’s often rubble to navigate around and, of course, smaller traps that players need to keep their eyes peeled for.

Once the rooms are made, we then add on extra geometry via what we call “nooks.” Nooks can be large or small, and carve into existing rooms to give them a more interesting look, and add secrets for players to find treasure.

Once the rooms are laid out, they’re then populated with traps and decorations. What exactly spawns follows a big list of requirements (for example: only spawn dart shooters on walls, or only spawn extra holes in the ceiling.)

While Phantom Abyss opens with relatively light story background, the inclusion of a secret language teases a deeper backstory here. What can players expect from deciphering the code and what it may tell them about the narrative?

Marrinan: There is A LOT of story to uncover. The panels reveal the game world’s history. However, the language is intentionally very hard to decipher right now. Incredibly, this hasn’t stopped our amazing community from doing just that. There will be a lot more story revealed to players as the game is updated.
Image courtesy of Team WIBY
Phantom Abyss is currently in Early Access. What sort of changes and updates do you expect to make before rolling it out as a final build and when do you think that will happen?

Marrinan: A lot of changes are in the works. We entered Early Access because we want to make this game the best it can be. The game is quite different, and we felt it was important to include our community for us to learn what works and what doesn’t.

Expect a lot more content to come. Everything obvious is coming. More traps, more rooms, more whips, more biomes, and so on. The stuff I’m really excited for are things that have been obvious to include after launching into Early Access. For example, it turns out a lot of people are good at games. We’re making a challenge system for those people. I’m excited!

Are there any plans to bring the game to other platforms, if so, which ones?

Marrinan: We would love to bring Phantom Abyss to as many platforms as possible, however, we don’t have any further news on this at this stage.

Why did you decide to build the game in Unreal Engine?

Marrinan: We knew from the outset that we would be making a first-person game. Unreal seemed like the logical fit for us, as so much work has gone into its level design and level creation tools. Coupled with its dynamic lighting and shader capabilities, it felt like the logical fit for us.
Image courtesy of Team WIBY
What elements of Unreal Engine did you find most useful in bringing to life your vision for Phantom Abyss?

Marrinan: I personally love Blueprints. I struggle with C++, but was able to build the first prototype entirely using Blueprints and I loved it. The proper game is made using C++ (thanks to our wonderful programmer), but thanks to Blueprints I’ve been able to contribute massively to the game. For example, all the traps in the game were created using Blueprints.

What excites you and your team most about the long-term possibilities of next-gen hardware and Unreal Engine?

Marrinan: I was blown away by the Unreal Engine 5 demo. It was complete witchcraft. I can’t even imagine how good games are going to look in the near future, and that is massively exciting to me.

Thanks for your time. Where can people learn more about Team WIBY and Phantom Abyss?

Marrinan: Follow @phantomabyss on Twitter, and go to phantomabyss.com for updates, a link to our Discord, and more!

Get the world’s most open and advanced creation tool.
With every feature and full source code access included, Unreal Engine comes fully loaded out of the box.
Get started now
News

In a bid to inspire and educate artists, Mold3D Studio is sharing its decades of experience in the industry by creating a sample project for animated content. With a distinctive style that’s a hybrid of anime and realism, Slay is rendered entirely in Unreal Engine.