Carving out a post-apocalyptic RPG identity in Biomutant 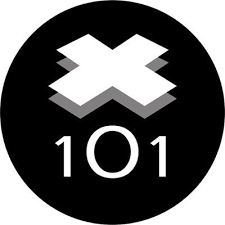 Experiment 101 is a game development studio based in Stockholm, Sweden. The studio was co-founded in 2015 by Goodbye Kansas Game Invest (Now: Amplifier Game Invest) and Swedish game development veteran Stefan Ljungqvist, a former studio art director and game director at Avalanche Studios and one of the key members on the team behind Mad Max and the Just Cause series. In November 2017, Experiment 101 was acquired by THQ Nordic.
Biomutant takes a unique approach to the post-apocalyptic genre. The RPG is set after humankind has become extinct and fantastical anthropomorphic creatures rise up to take over a colorful and vibrant world. For its first title, Stockholm, Sweden-based developer Experiment 101 set out to create a game that’s “weird, but in a good way.” With a kung-fu inspired combat system coupled with numerous options for traversing the large open world that include mechs, paragliders, balloons, and jet skis, PlayStation Universe praised Biomutant as being “a fun title with some amazing visuals and a huge open world to explore.” The review adds, “Experiment 101 have gone out of their way to make you feel like you're a first-time visitor to an unknown landscape.”

That unknown landscape takes place over a jam-packed eight square-kilometer open world that’s filled with numerous distinct biomes to explore. Roaming the lands are diverse enemies and gargantuan bosses. Thankfully, you’ve got a wide variety of melee and projectile attacks at your disposal with the game’s robust combat system.

To see how the core team of 23 was able to develop such a massive game, we interviewed Stefan Ljungqvist. The creative and art director talks about Biomutant's inspirations, shares what they learned as a new studio shipping their first game, and more.
Biomutant has been compared to The Legend of Zelda, Ratchet & Clank, and more. Can you talk about the game’s influences?

Creative and Art Director Stefan Ljungqvist: Yes, Biomutant drew inspiration from many games, books, legends, movies, and more. Besides Zelda and Ratchet & Clank, Devil May Cry and its over-the-top combat served as inspiration. The art of fighting was inspired by traditional kung fu, and we took a lot of inspiration from Asian culture. Our Aura system is based on the principle of Yin and Yang. Visually, we were influenced by Asian, as well as African cultures and, for example, the Sámi people from northern Sweden.

What drew the team to come up with a raccoon-like protagonist?

Ljungqvist: The character used on our key artwork is just one of many possibilities in terms of our hero's physical appearance. And by the way, our hero isn’t actually a raccoon. Some people call it a cat, whereas others call it a red panda, but, in fact, it is not based on just one existing animal from our known world, but rather a mix. Its nose, for example, looks just like my dog’s nose, which is a Boston Terrier.
Image courtesy of Experiment 101
Biomutant features a fluid acrobatic combat system featuring melee and projectile weapons. Can you share how you approached designing it?

Ljungqvist: We wanted the combat to be fast-paced and action-packed with a mix between melee, gun-play, and mutation; all of this combined with ease of control. With my personal experience in kung fu, the style was easy to determine; and with inspiration from John Woo movies and films like Kung Fu Panda, we found our own unique kind of combat.

The enemies in Biomutant are varied and often have unique attacks, which is especially evident with the game's intricate, gigantic boss battles. Can you talk about how you approached designing the game's enemies?

Ljungqvist: Biomutant is a game that should feel special. Therefore, not only should your attacks and skills in combat be cool, but also ones from your opponents. That’s why the many creatures you encounter in the world have surprising attacks. Some roll themselves into a ball and head straight at you; some dig into the ground, some spit acid at you, and so on.

For the gigantic boss battles, we created something unique for each boss. You’ll need to watch and learn how they attack and analyze how to avoid these attacks to take your chance to strike back.
Image courtesy of Experiment 101
Biomutant features a jam-packed sixty-four-square-kilometer open world that features varied biomes that span snowy tundras, deserts, and more. Can you talk about how you approached designing it?

Ljungqvist: We wanted the world of Biomutant to be as diverse as possible. A positive side effect to all this is that it enabled us to play with tiering and staging the big open world with ways to resist some of those hazardous areas.

The visuals in Biomutant are refreshingly lush and vibrant for an apocalyptic RPG. How did you nail the look of the game?

Ljungqvist: Like all things in life, you iterate, iterate, and...yes, you guessed it, iterate some more. To put it in Bruce Lee’s words, “I fear not the man who has practiced 10,000 kicks once, but I fear the man who has practiced one kick 10,000 times.”
Image courtesy of Experiment 101
The studio has said there are over half a million weapon combinations. Can you talk about how you pulled this off?

Ljungqvist: There are even more combinations now. Each type of weapon consists of different parts. A sword has a pommel, a hilt, a blade – while an assault rifle has a grip, a stock, a base, and so on. And for each of these parts, there are hundreds of items of different rarities and with different stat bonuses that you can freely combine. So, while the grip of your sword could be one from X, the blade could be from Y, and the pommel from Z.

Considering your character is ever-evolving with mutation enhancements and better gear, how do you approach balancing difficulty within an open-world setting?

Ljungqvist: When you play the game, you will not be able to reach every corner of the world. Some are tiered with quest lines in order to get a piece of equipment that enables you to venture further into one of these hazardous areas. In other instances, it is tied to a vehicle to keep you safe, which, again, is tied to your progress.

Considering the game has branching storylines, can you speak to how you constructed them?

Ljungqvist: While the game has two major endings, there are a lot of different outcomes to your personal story. This depends on many choices during your adventure, primarily if you had a “dark” or “light” Aura, as well as which of the six tribes you allied yourself with. But this is just the tip of the iceberg. When you’ve reached the end of the game, you will see everything come together, including the results of decisions you’ve long since made.

Considering Biomutant is Experiment 101's first game, what can you tell us about the studio?

Ljungqvist: Some of the team at Experiment 101 do have a little more experience in game development, and many with bigger productions. The main challenge surely was to collectively work towards the vision of what Biomutant should be in the end.
Image courtesy of Experiment 101
With platforming and a robust combat system set in an open world filled with numerous vehicles, Biomutant offers a plethora of gameplay mechanics. Was it challenging for such a relatively small team to develop so many elements?

Ljungqvist: We really let our imaginations run wild across all aspects of the game, and as jam-packed with creativity as it is, what players will experience doesn’t even capture all of our ideas for Biomutant.

What made UE4 a good fit for the game?

Ljungqvist: It basically was our go-to choice from the start. It is accessible and has continued to work very well from what we had in mind for Biomutant back in 2017 through where we are today, finishing the project in 2021. We even found some really interesting workarounds to tailor the engine to what we needed for our game.

What has been the most important thing you've learned as a new studio working on your first game?

Ljungqvist: Our biggest take-away is that we can create a big game whilst remaining a small team and do this without any major crunch. Another thing which is really great is the ability to have a say in the marketing of the game. It is a collaborative effort between Experiment 101 in Stockholm and THQ Nordic in Vienna, which is a very welcome change compared to working with other publishers out there.

Thanks for your time. Where can people learn more about Biomutant?