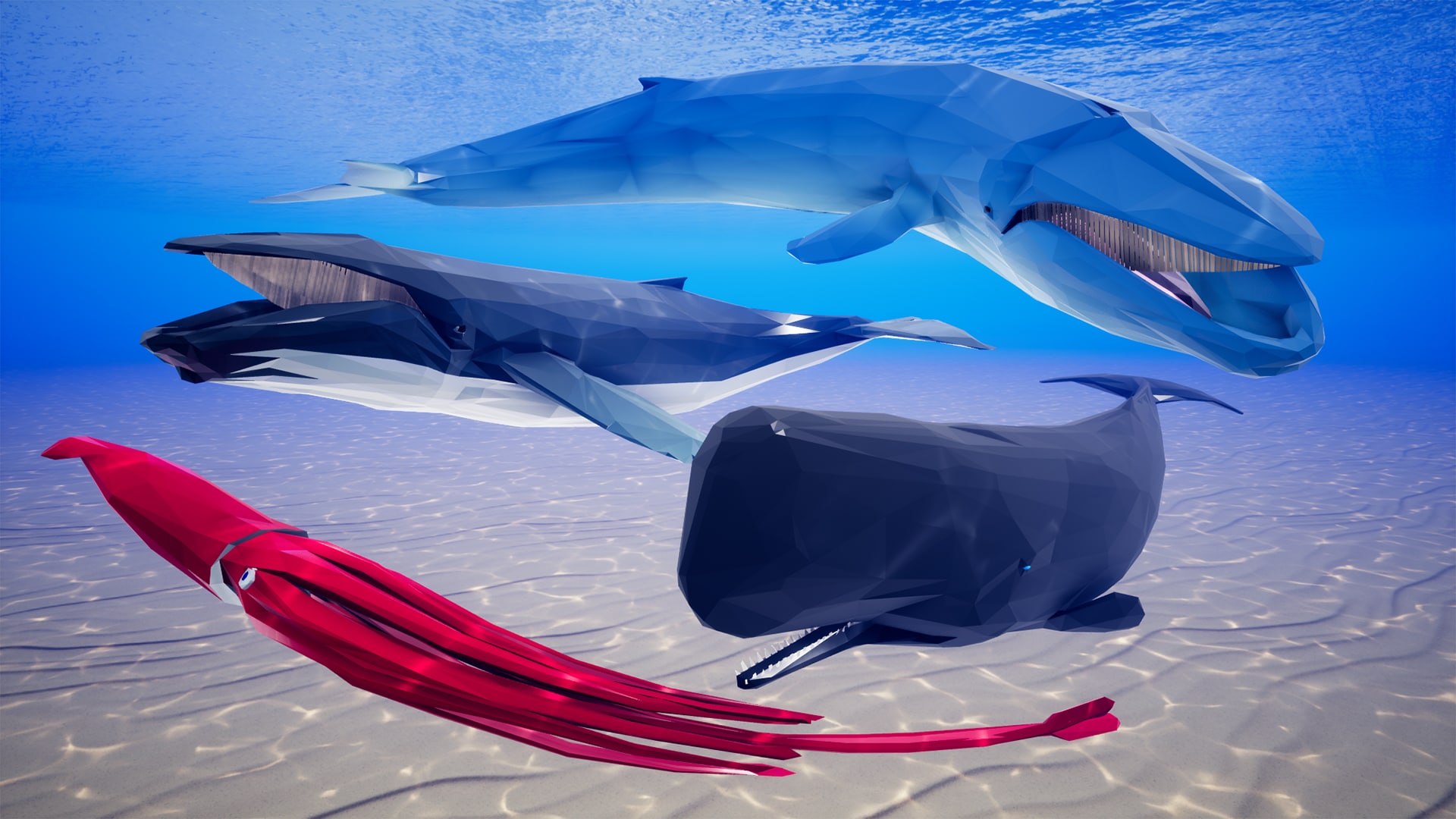 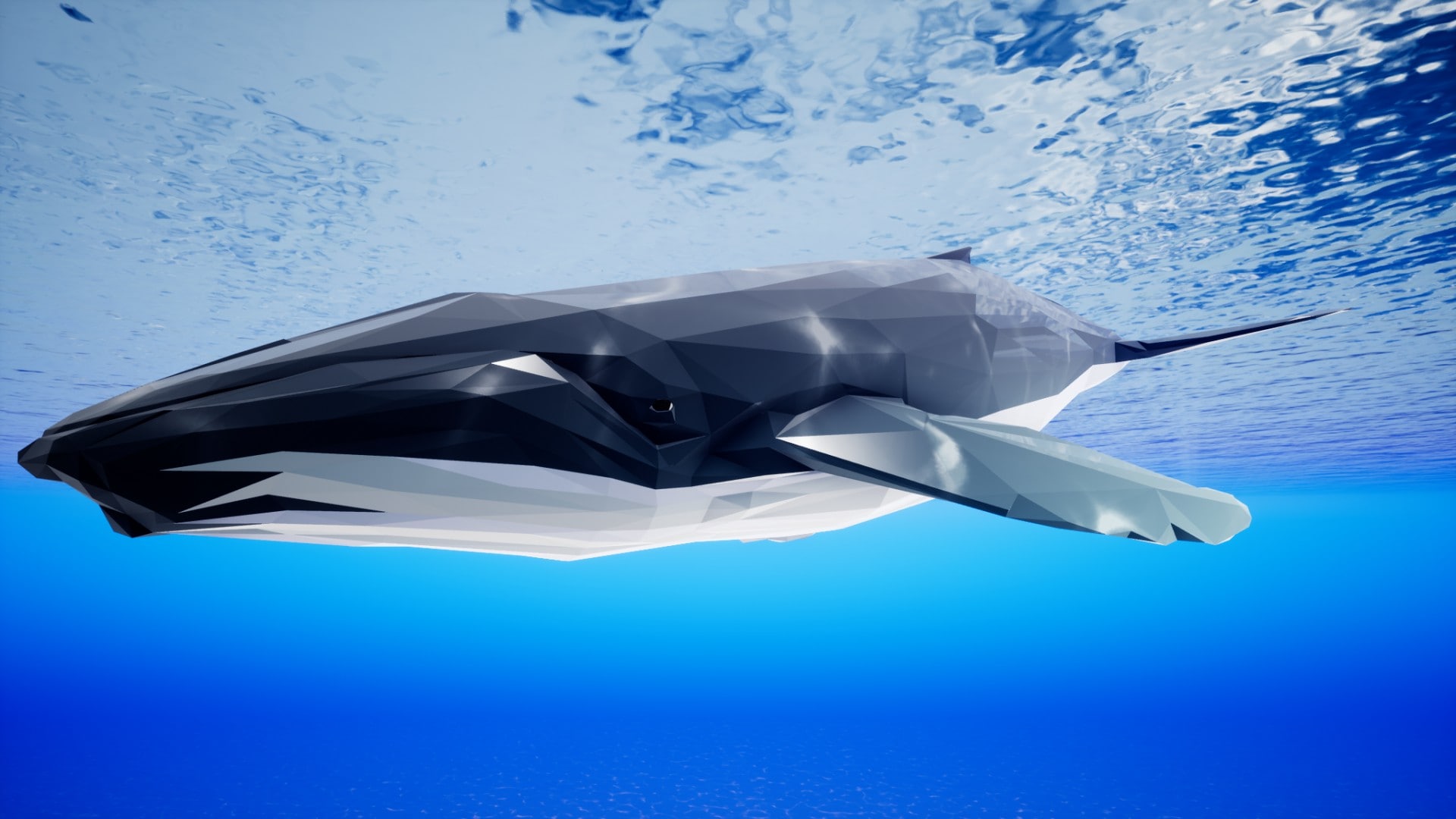 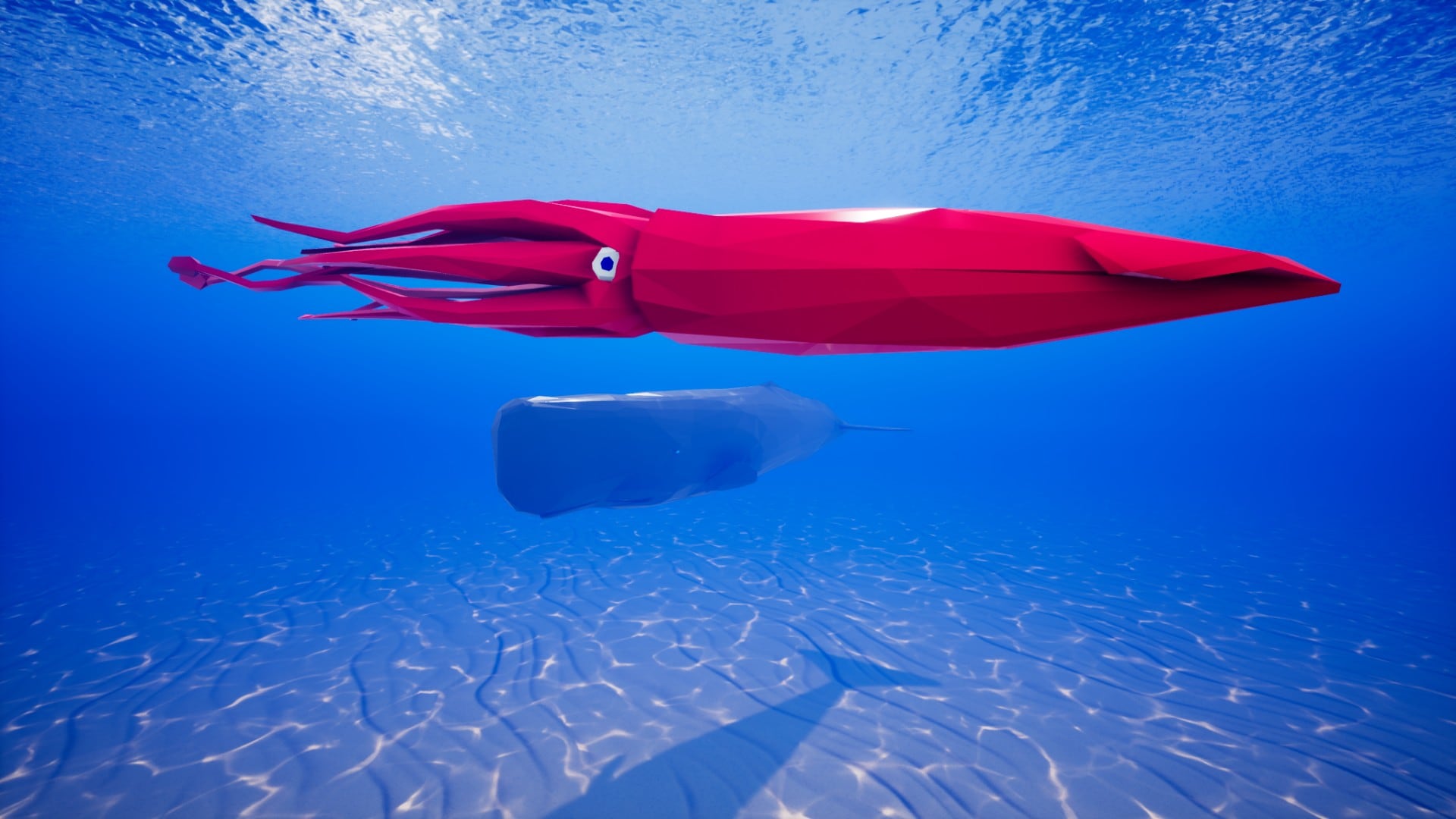 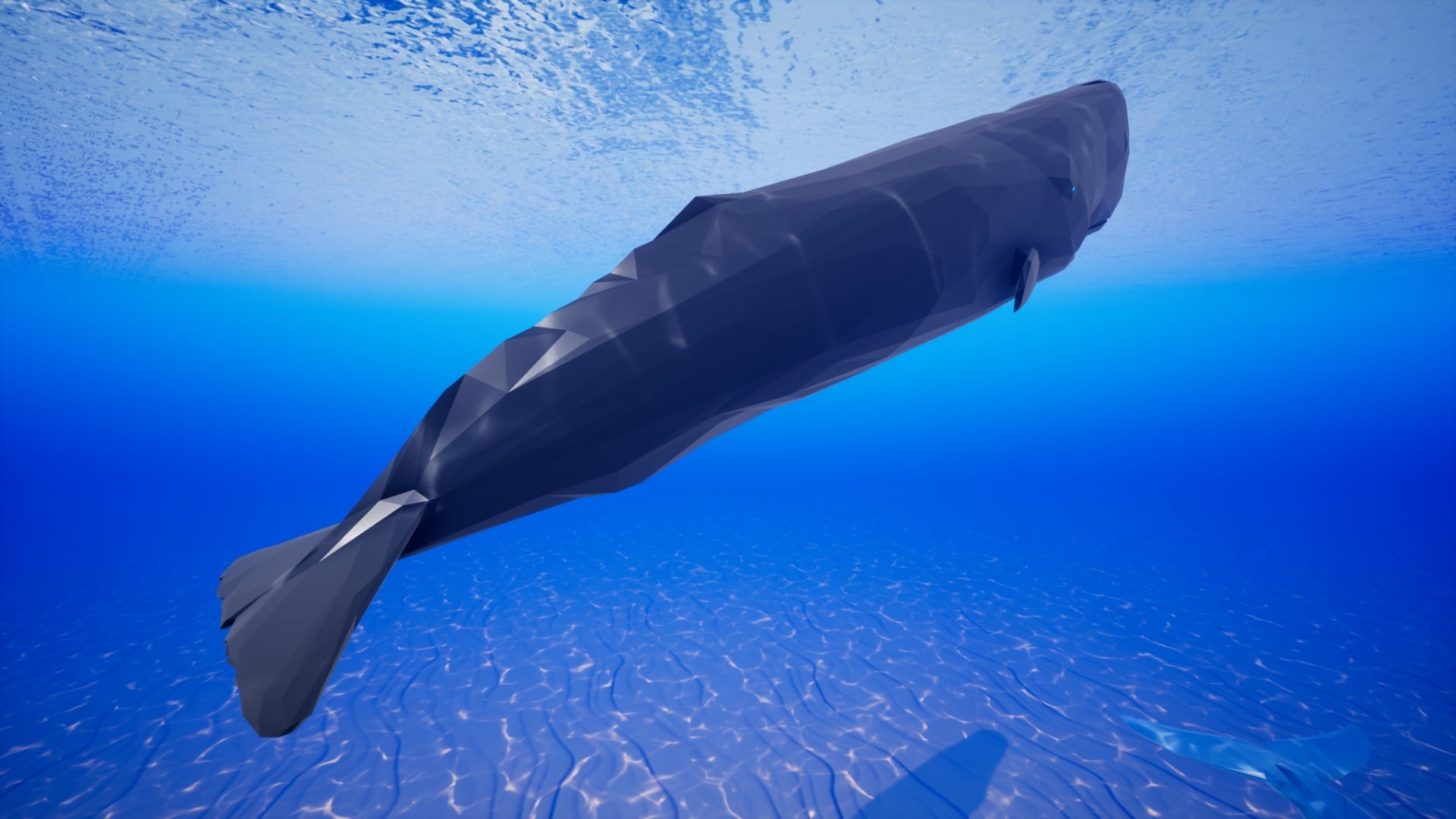 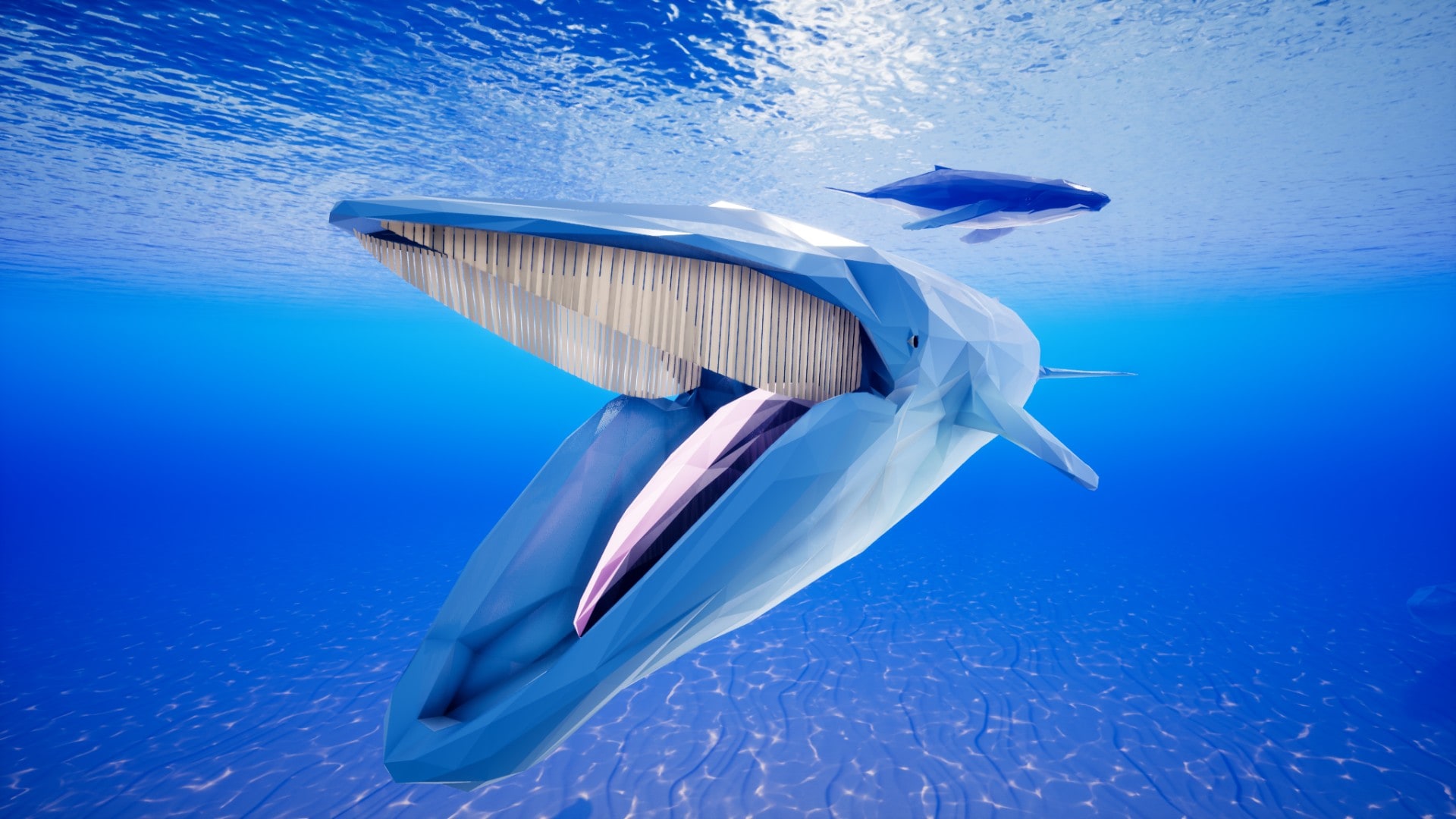 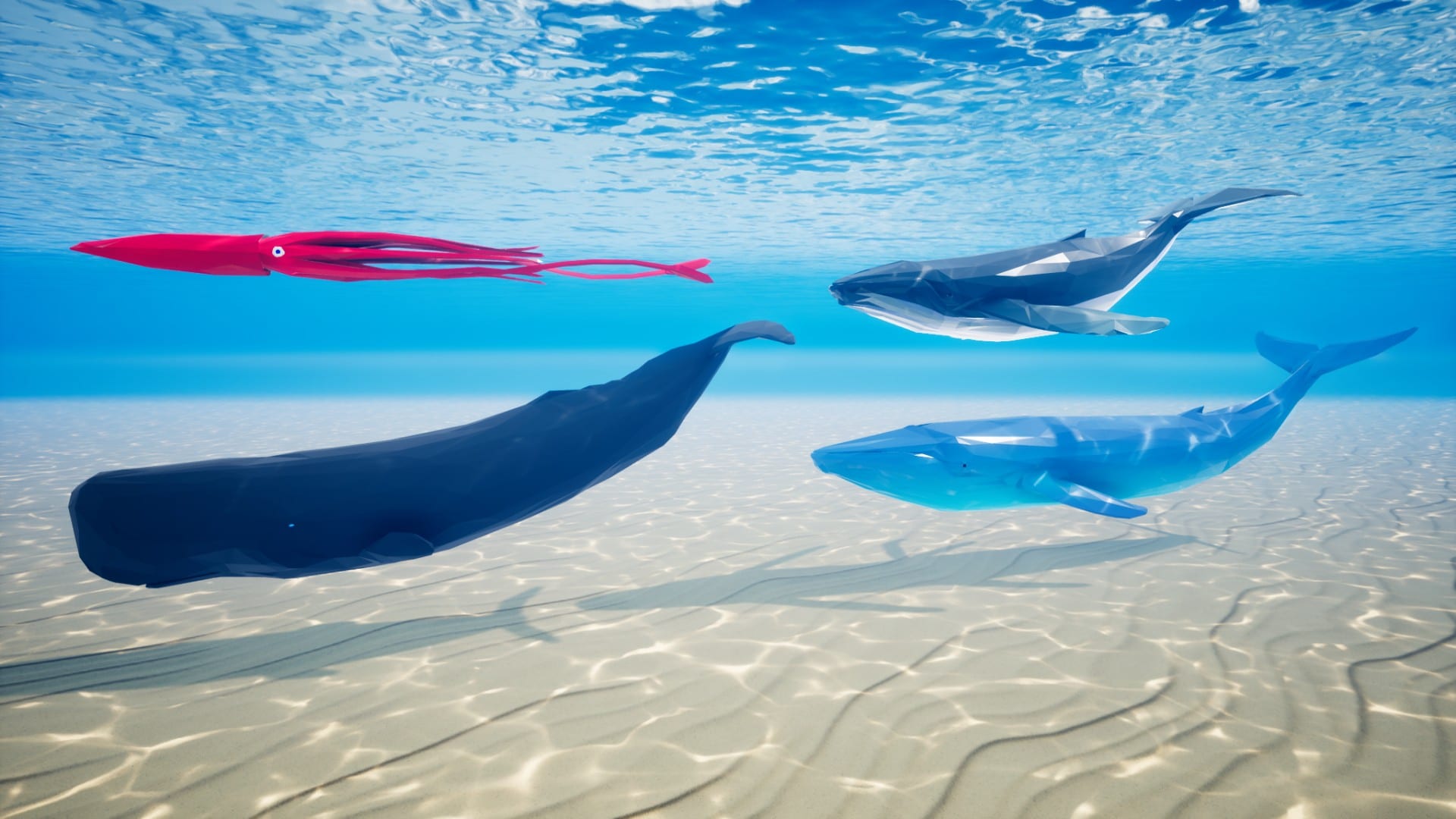 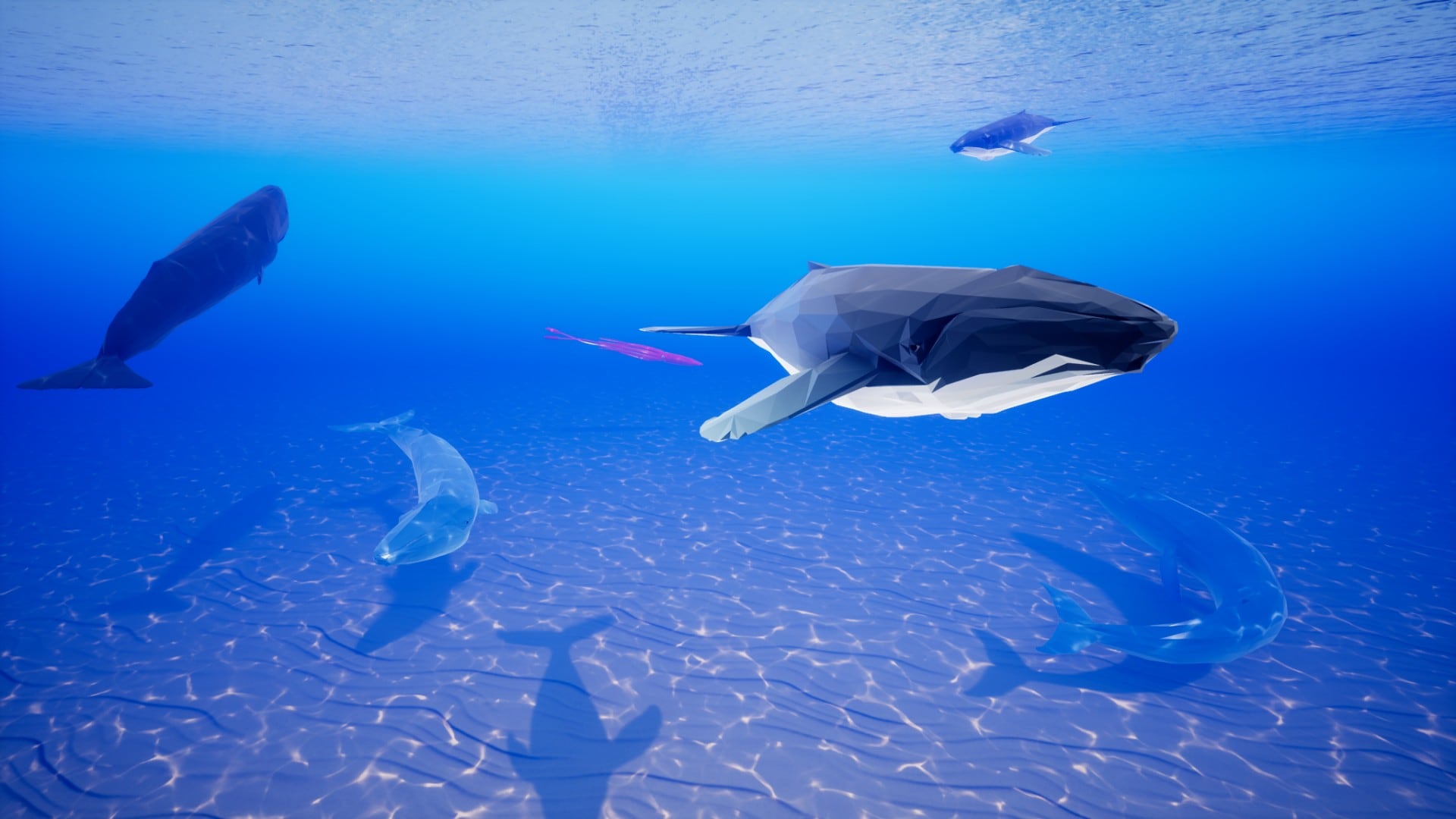 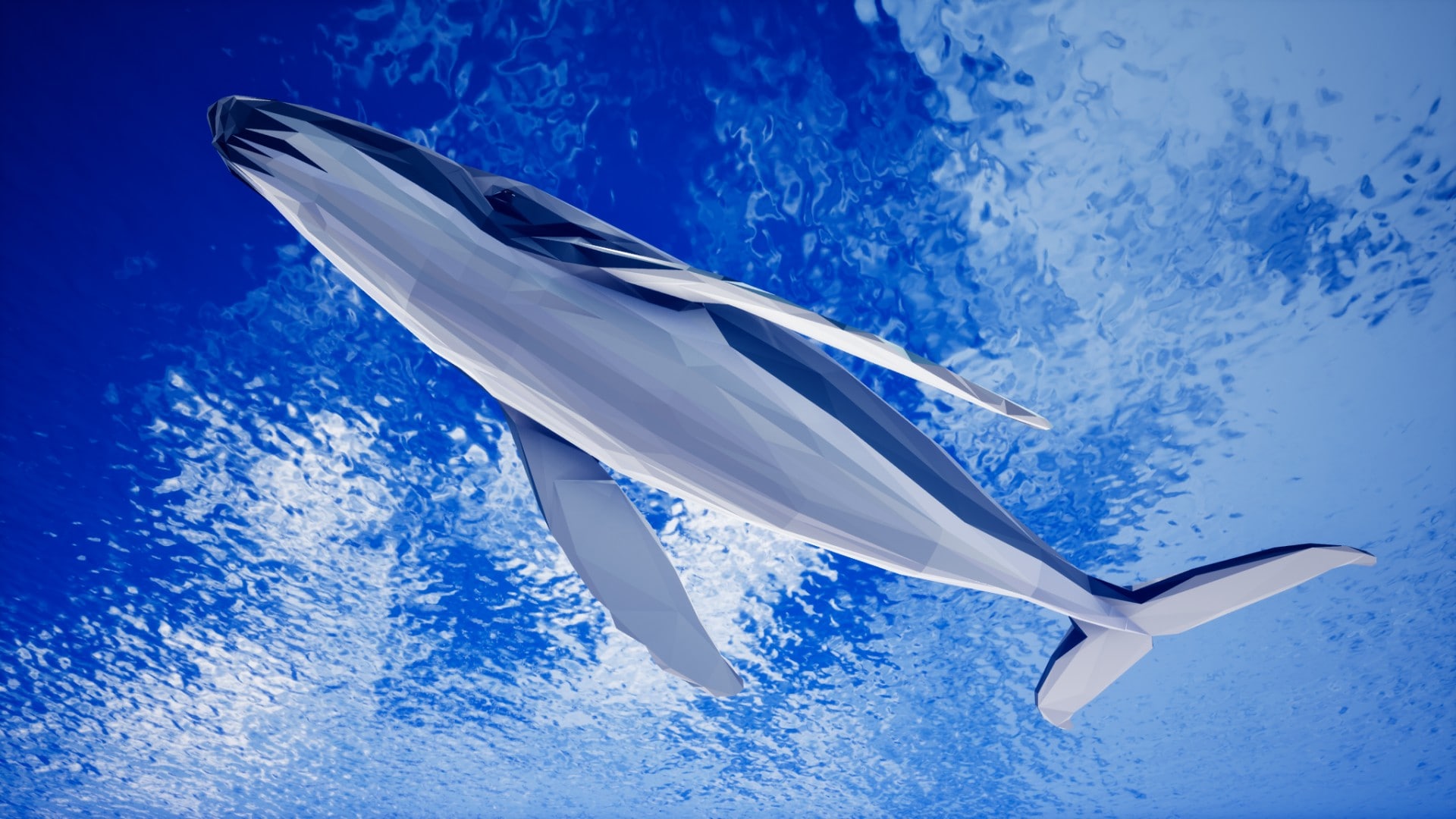 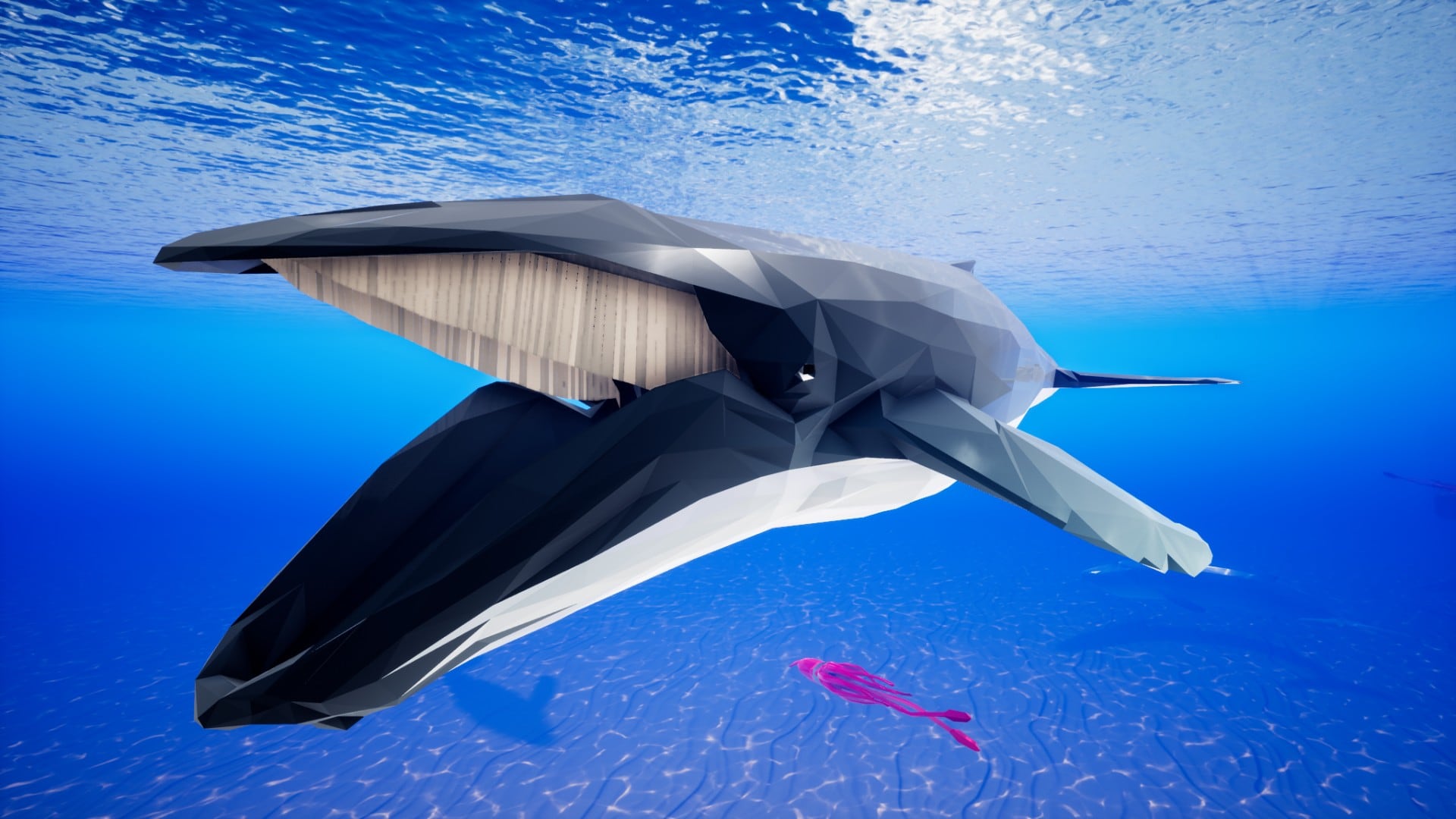 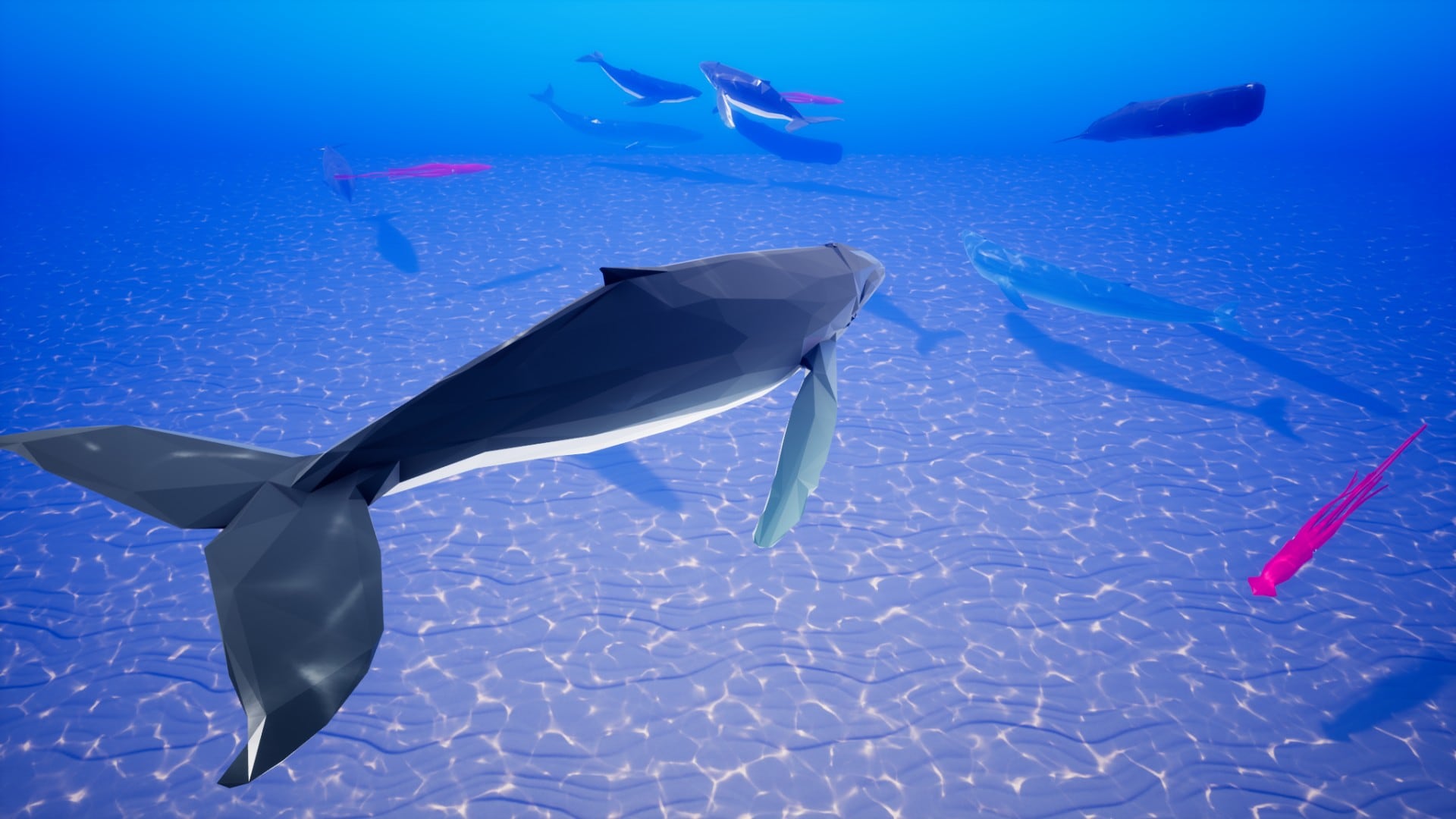 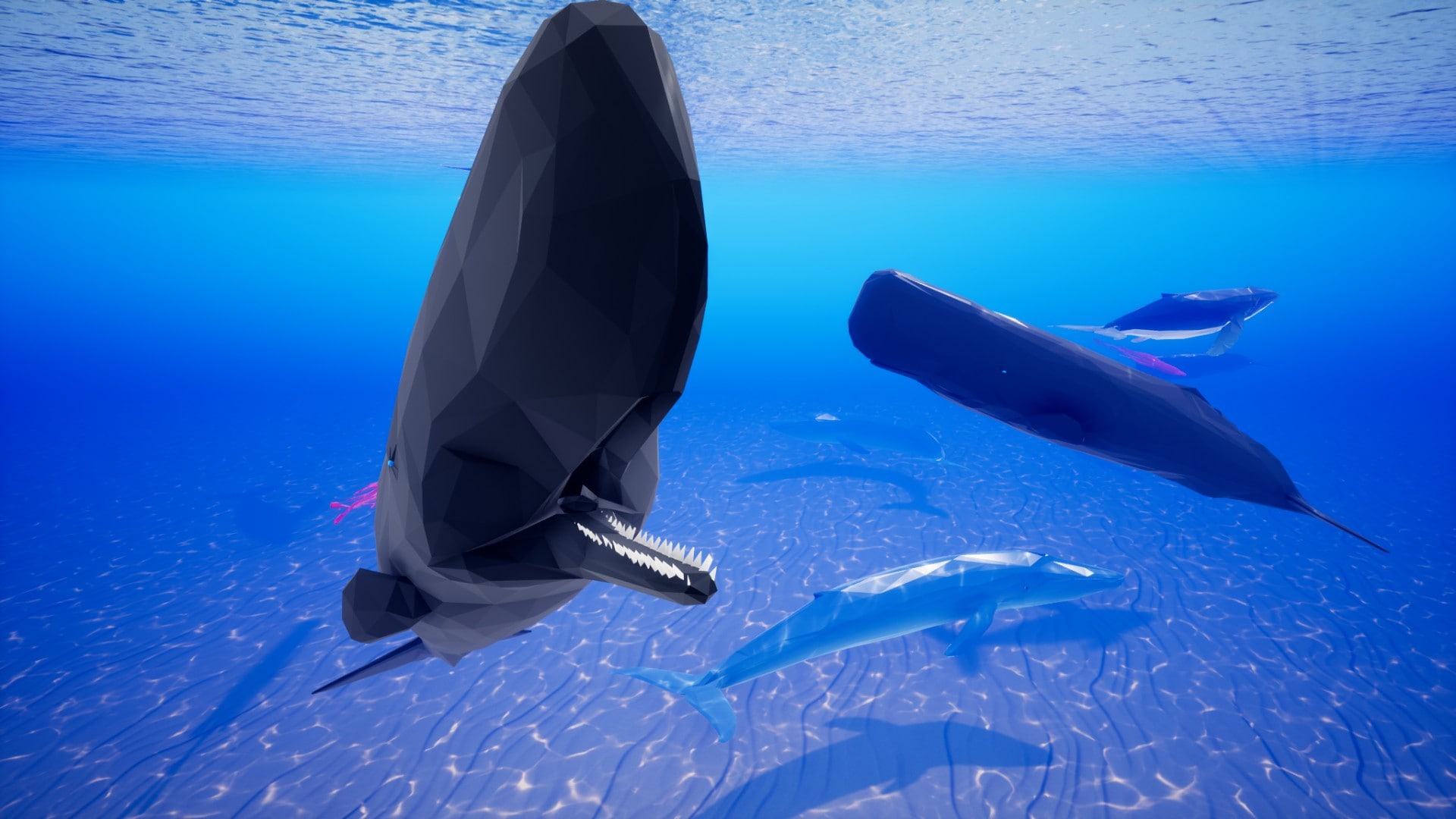 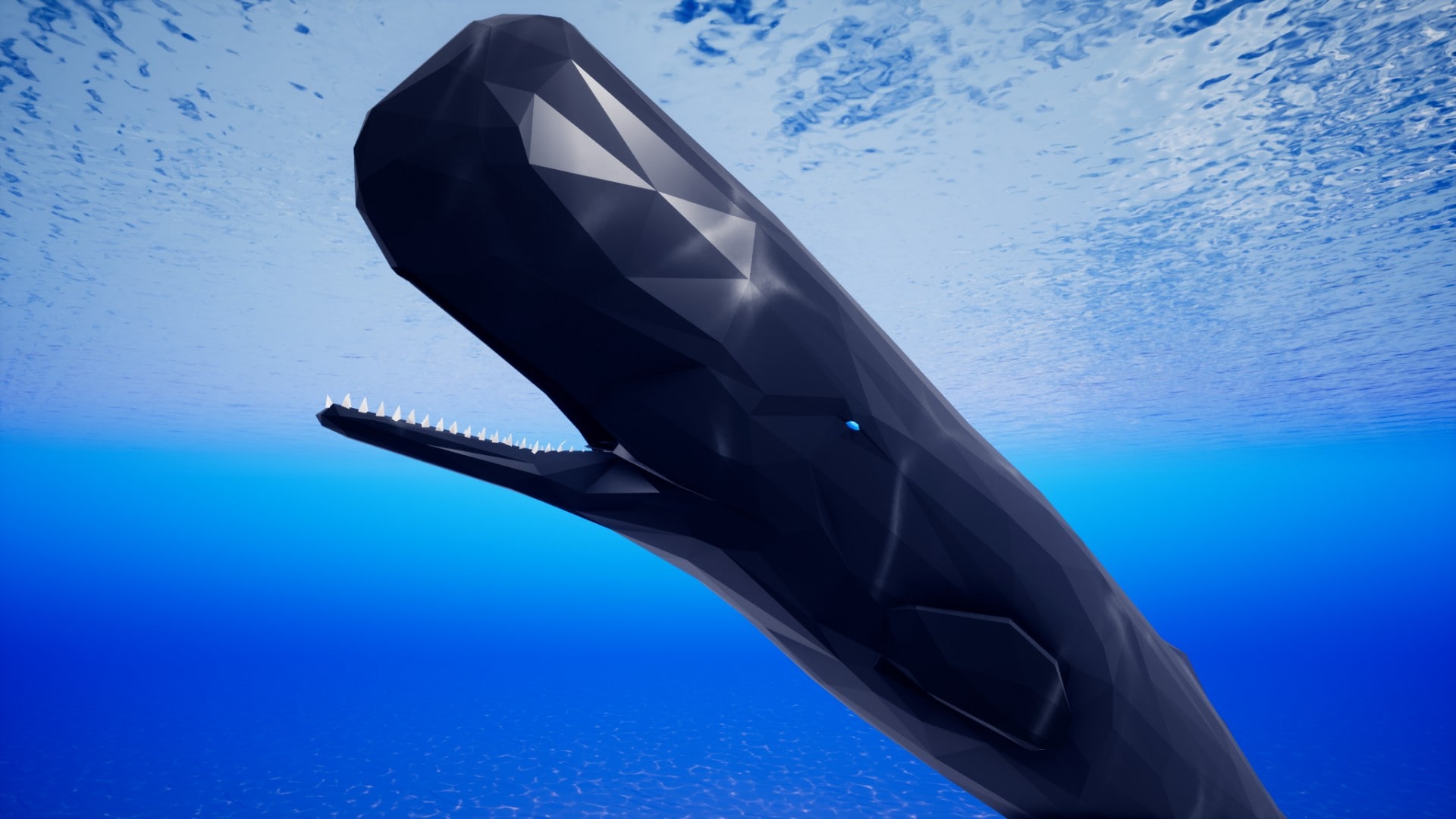 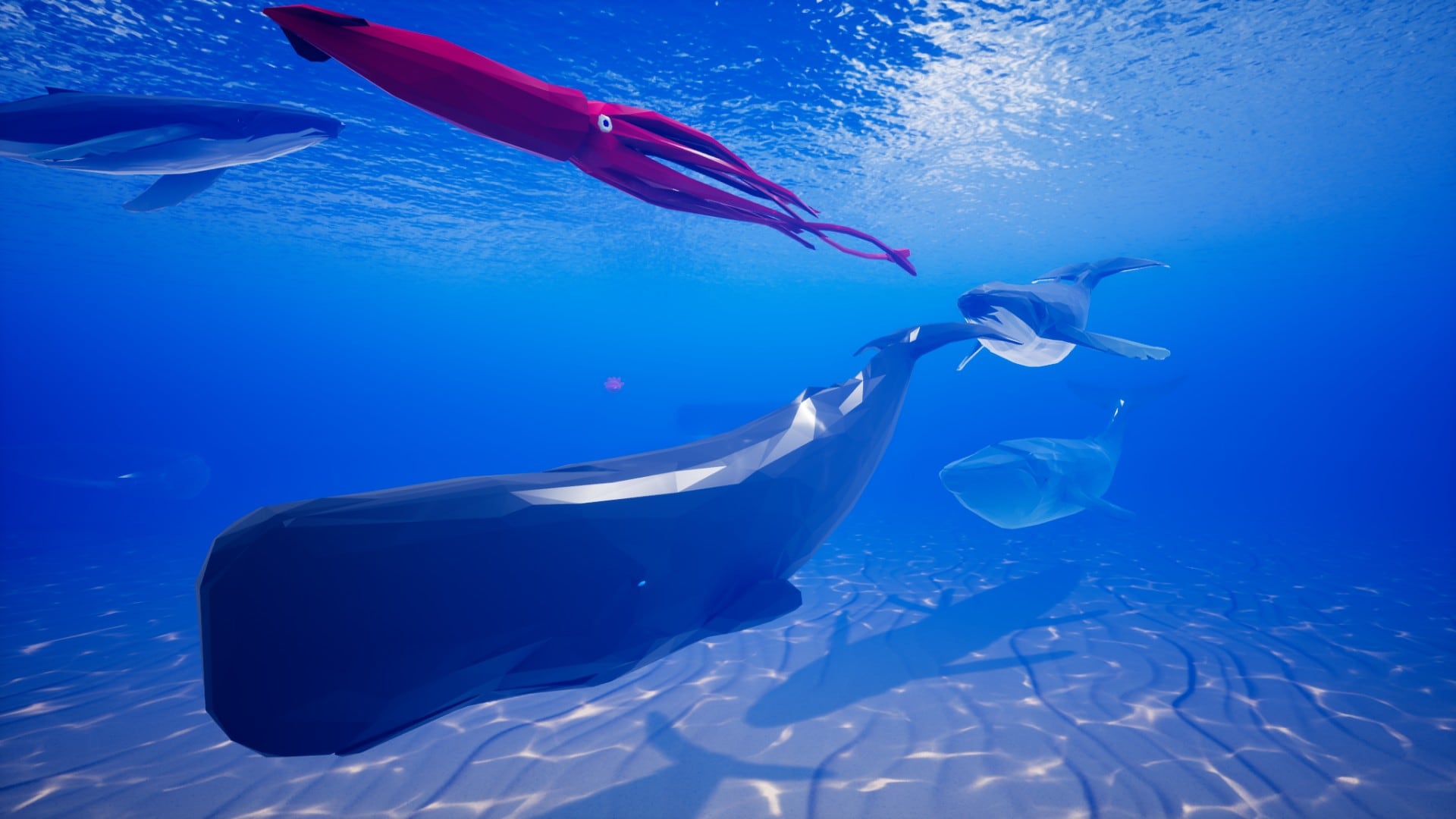 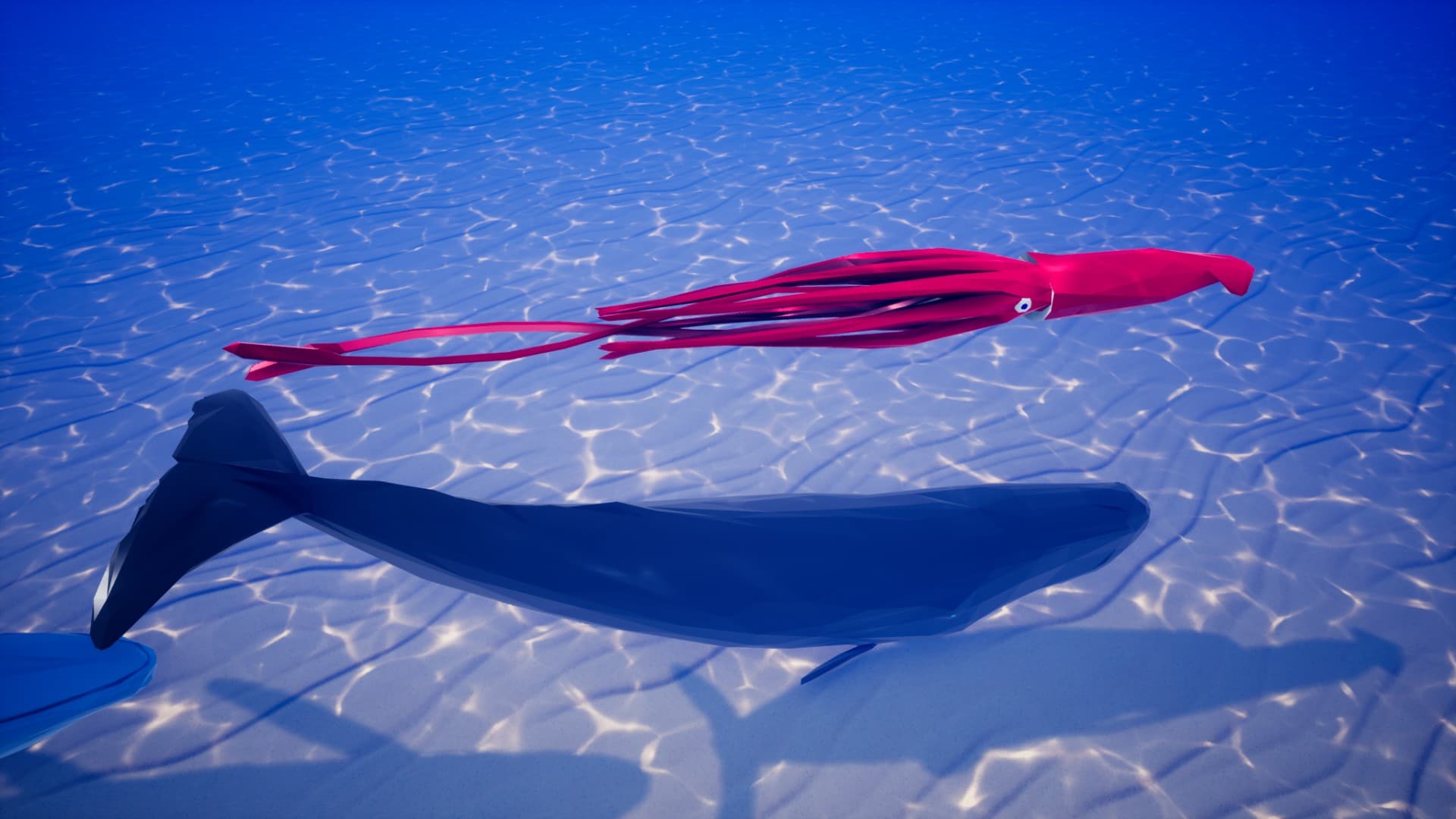 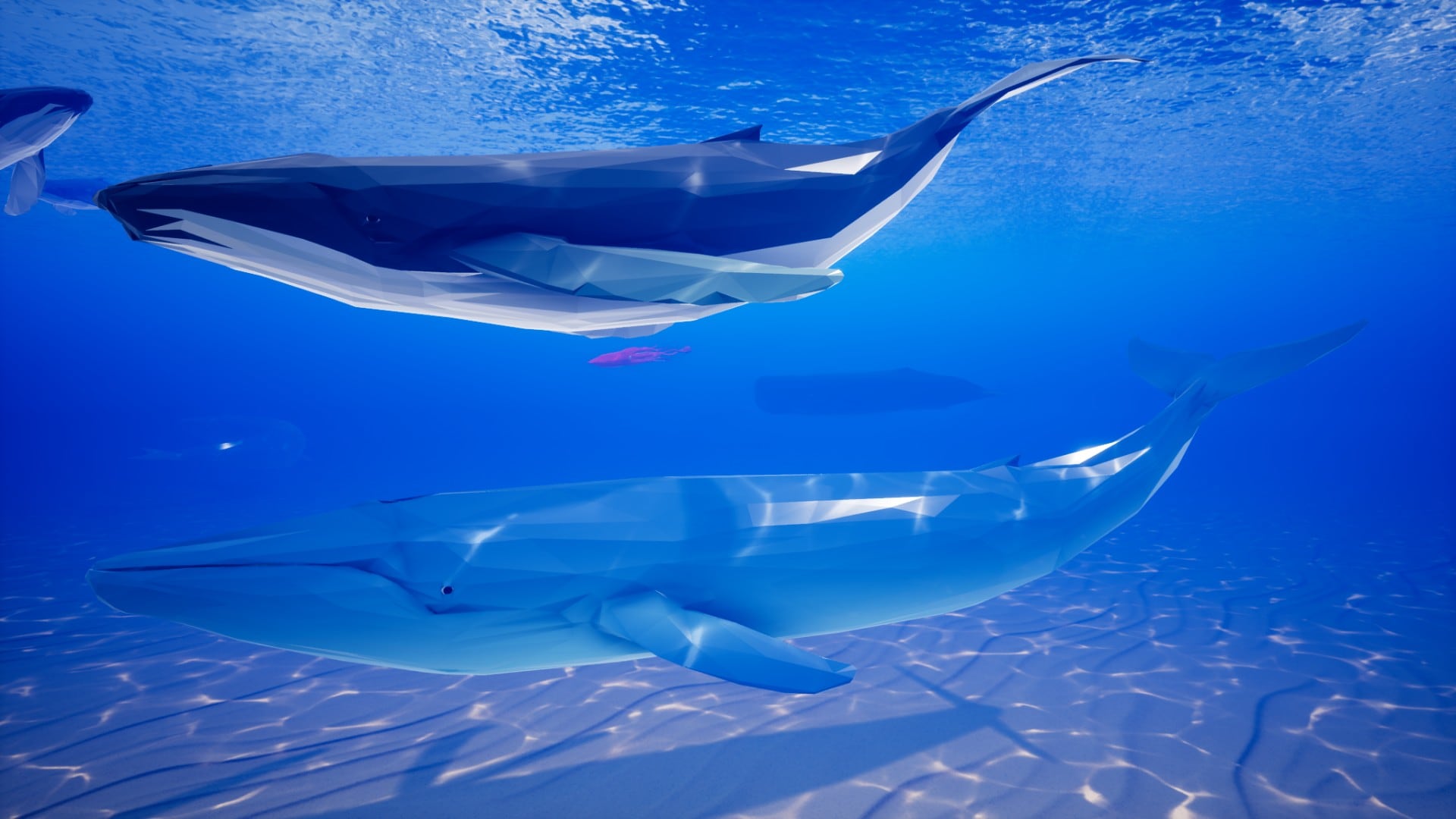 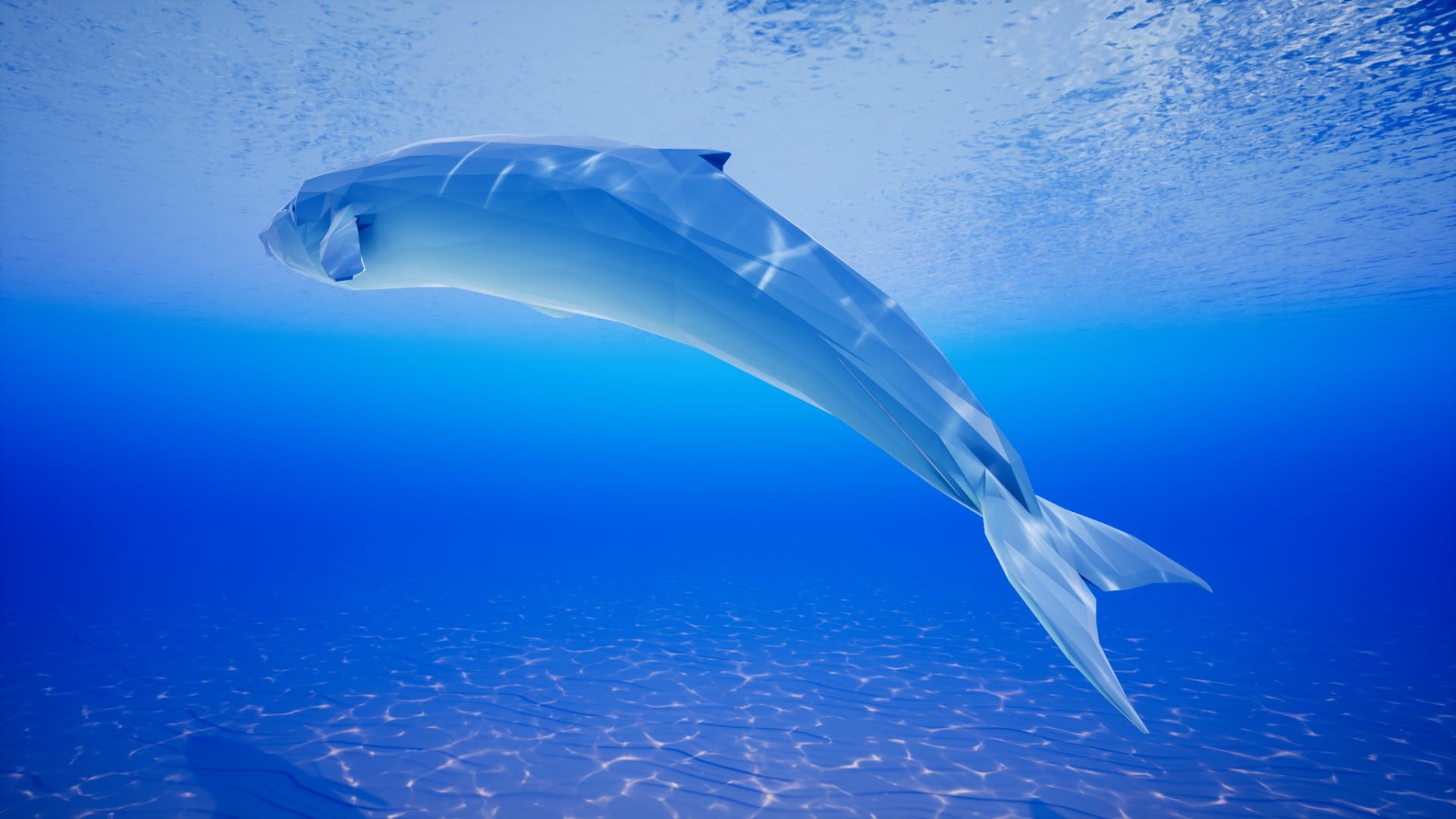 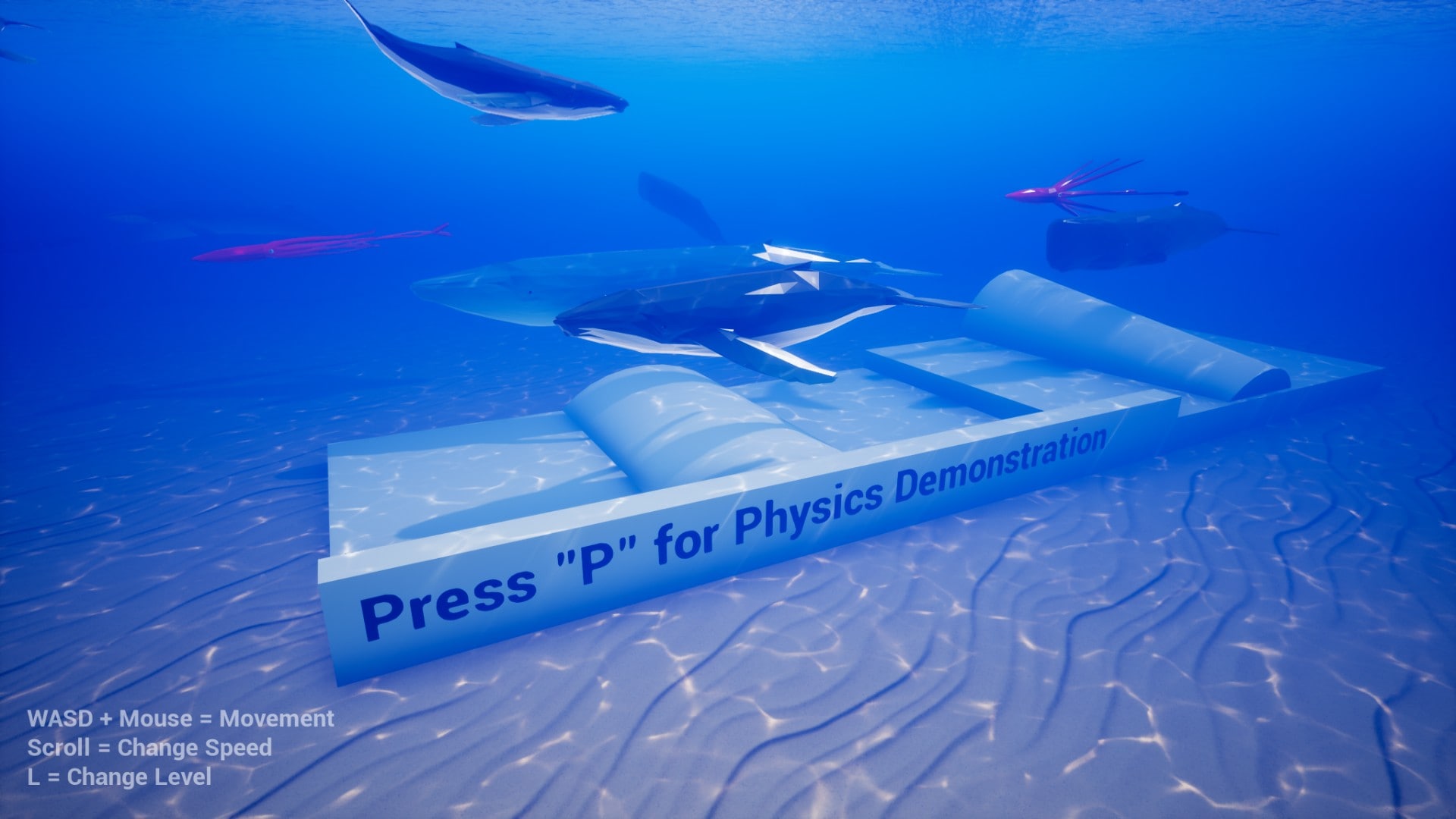 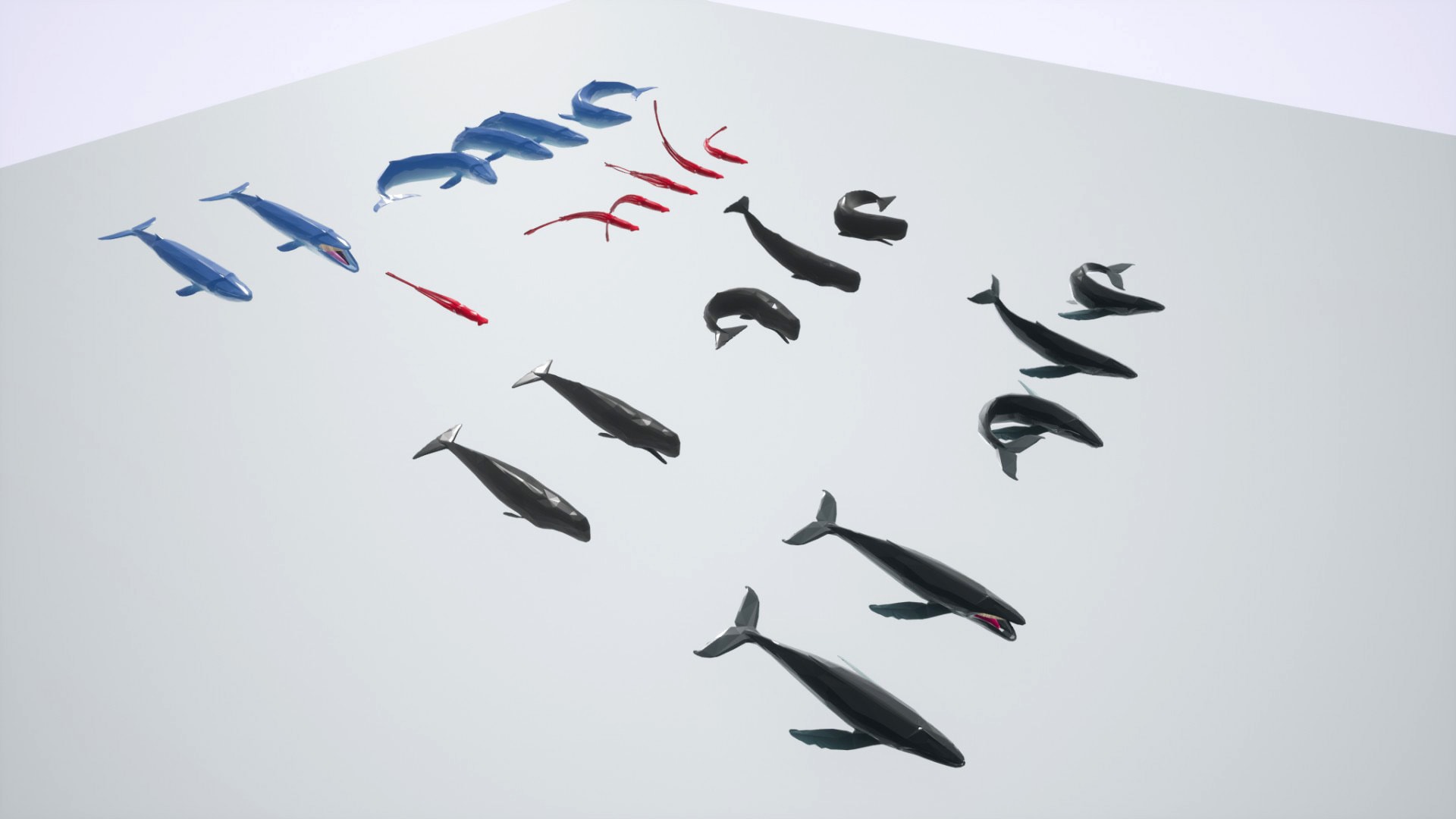 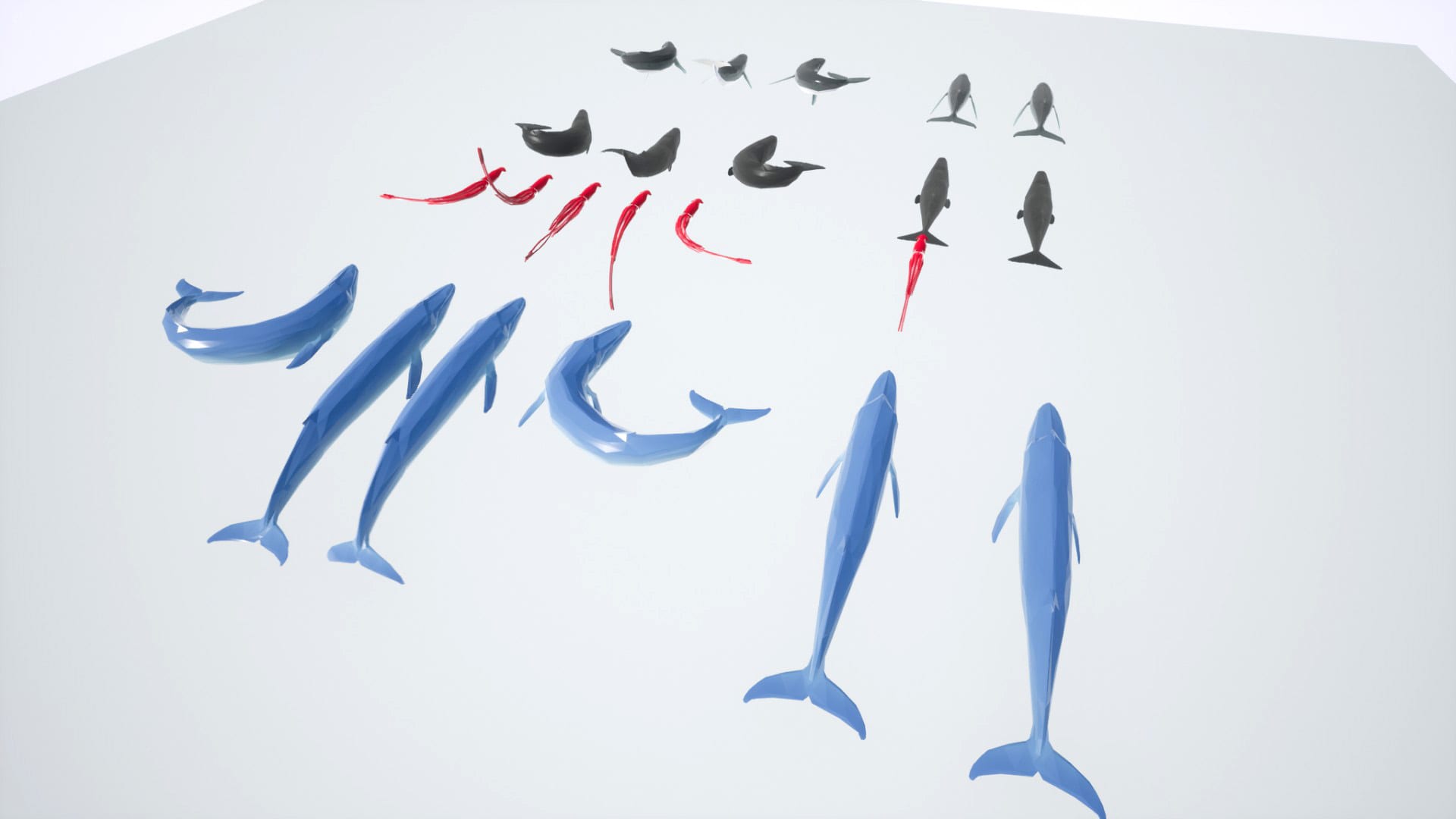 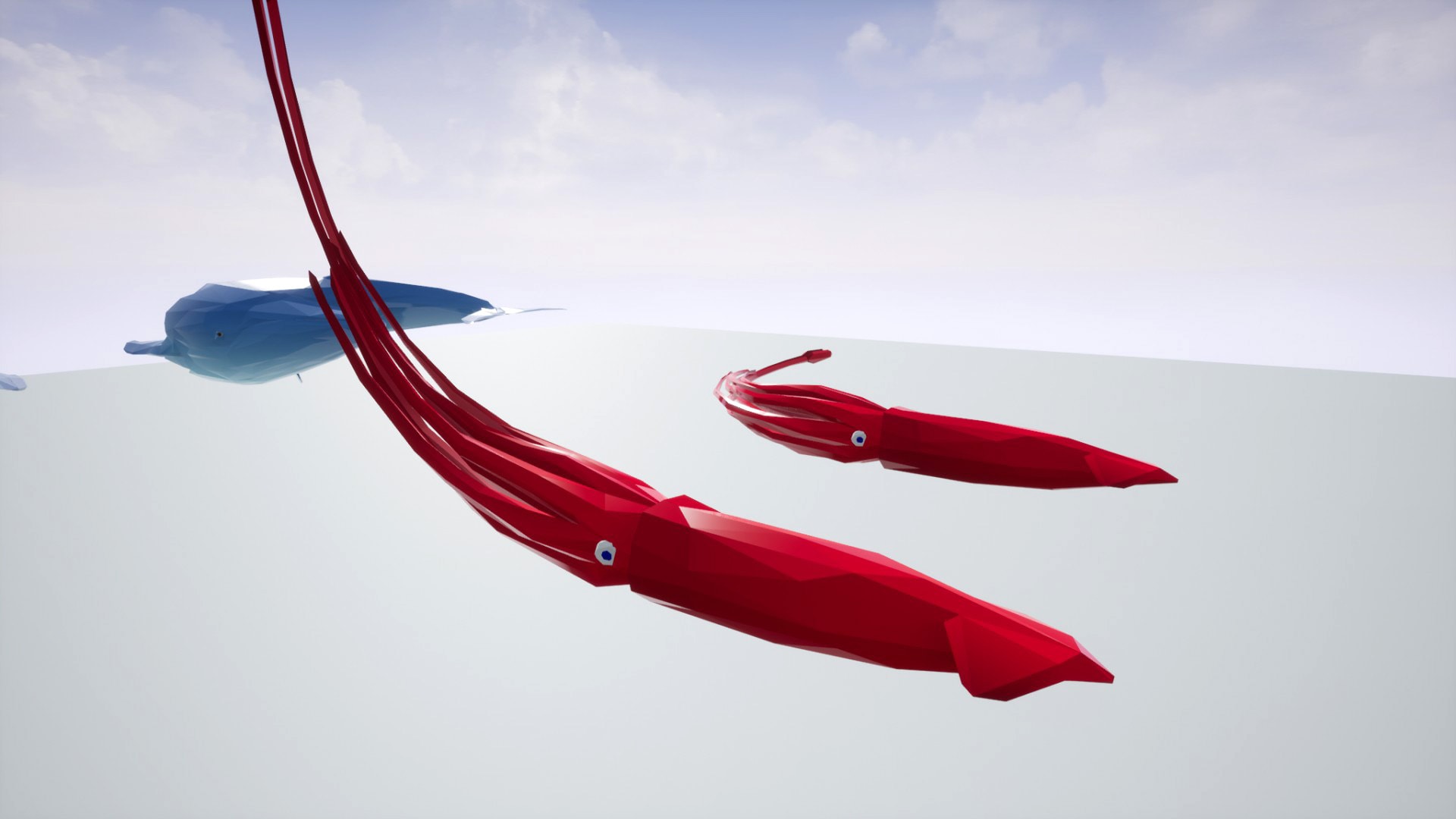 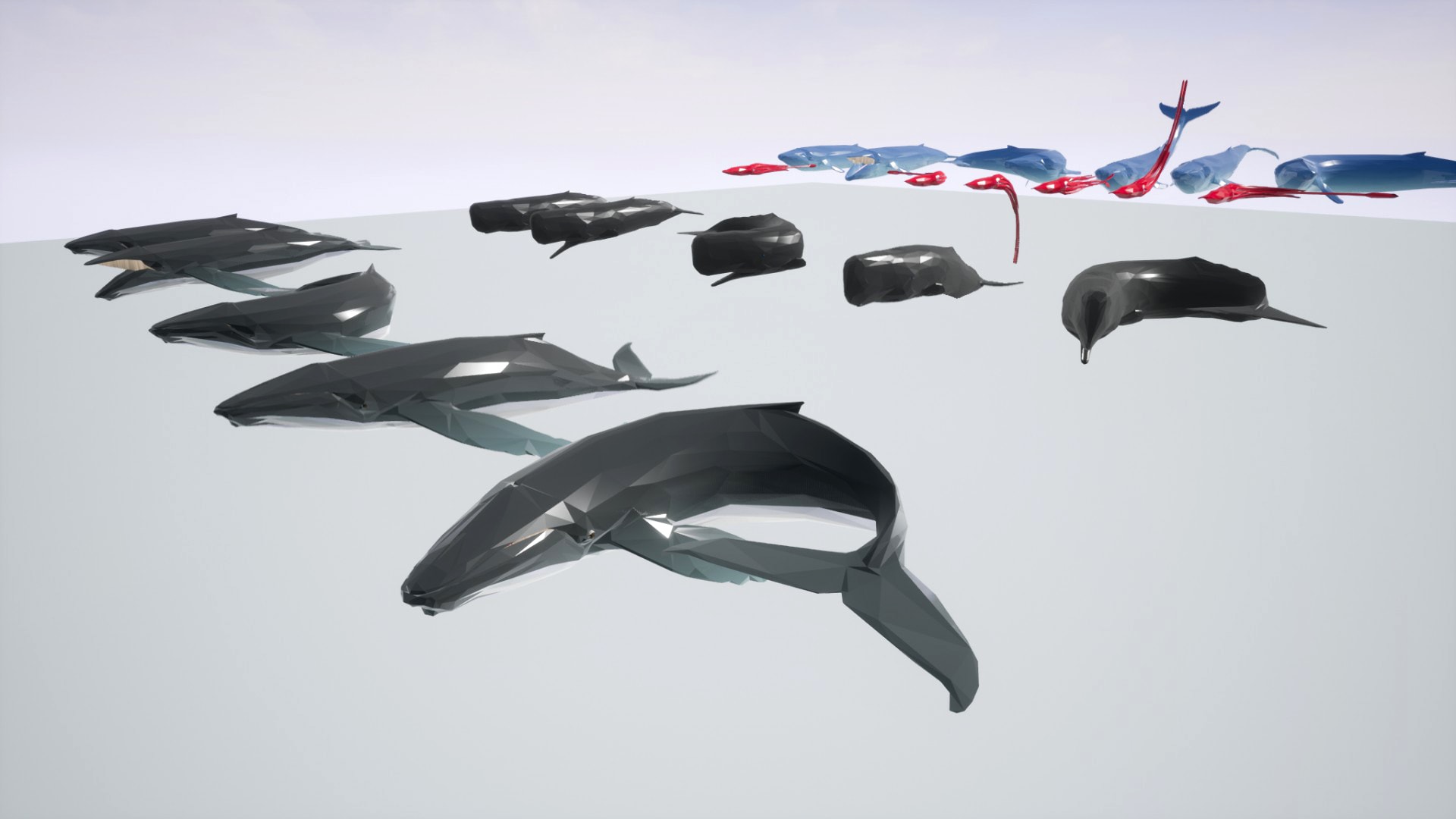 These Animated Low-Poly Ocean Animals all contain a dynamic Spline blueprint, which makes your creatures bend and roll as they swim along your custom spline path!

These Animated Low-Poly Ocean Animals all contain a dynamic Spline blueprint, which makes your creatures bend and roll as they swim along your custom spline path! The package comes with 4 creatures, each including their own procedural spline animation Blueprints:

Each Blueprint is highly customizable and creates life-like Animations by dynamically changing speeds, and transforming bones to bend & roll around corners. The three whales can optionally open their mouth when nearing the player camera. All creatures include physics assets created for rag-doll effects which include jaw hinge movement.

The Animal Materials do not use texures, but instead use material gradient nodes, to save on Hard Drive space. These Materials have been planned in advance to allow maximum tweaking so you can adjust the color and effects of your material instances with complete control, and support Mobile devices.

A demo scene has been included with Underwater PostProcess Settings, Caustic Lighting, Fog, & Depth of Field, along with a stylized world-space sand material.

The Whales include the following Animations:

The Giant Squid include the following Animations:

These animations are utilized in a blendspace and an Animation Blueprint, in order to allow for the creature to turn as is moves along your custom spline path.

Number of Materials and Material Instances: 25 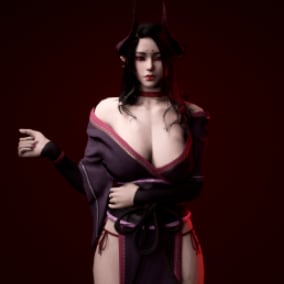 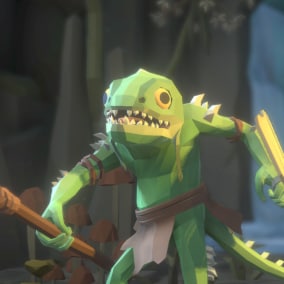 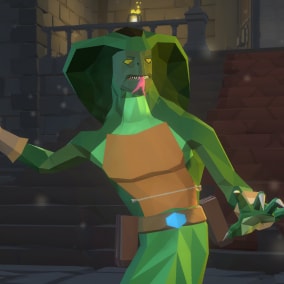 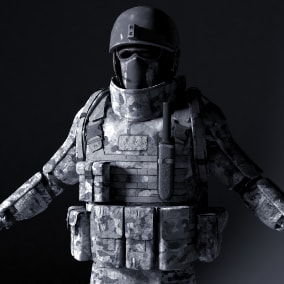 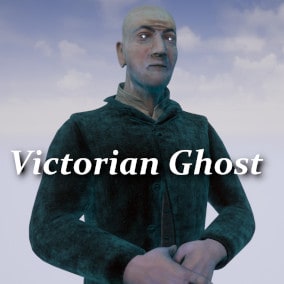