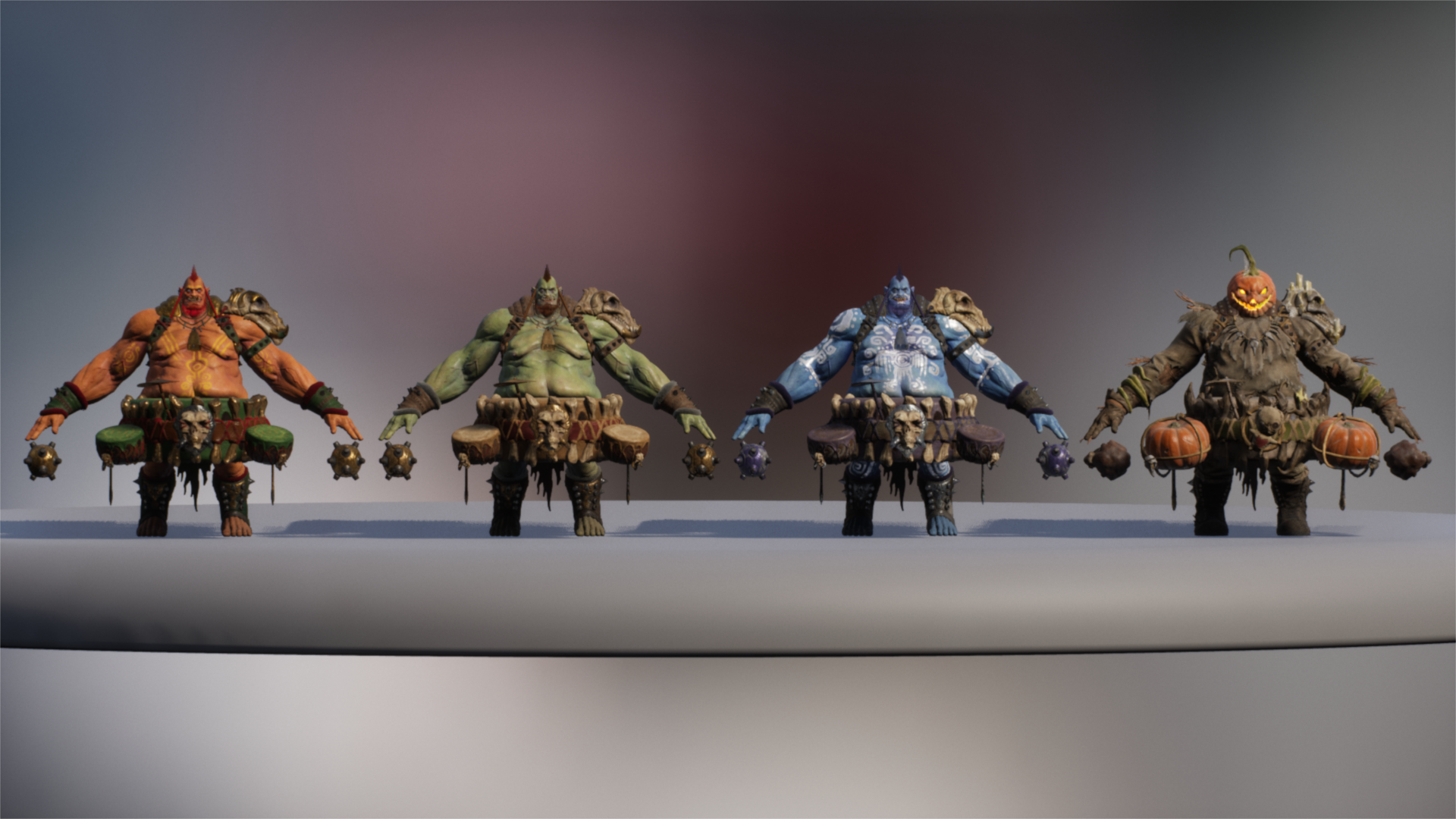 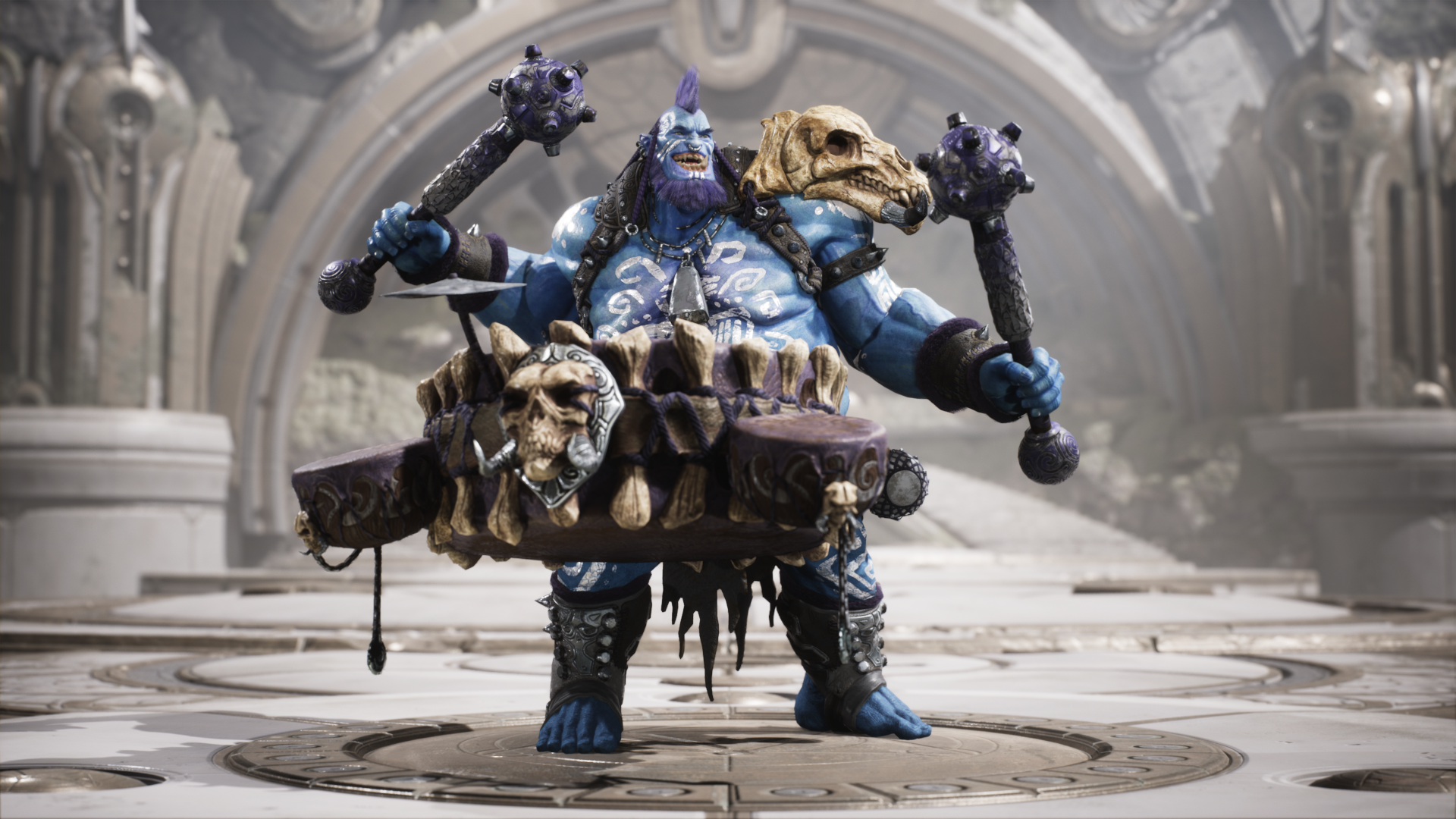 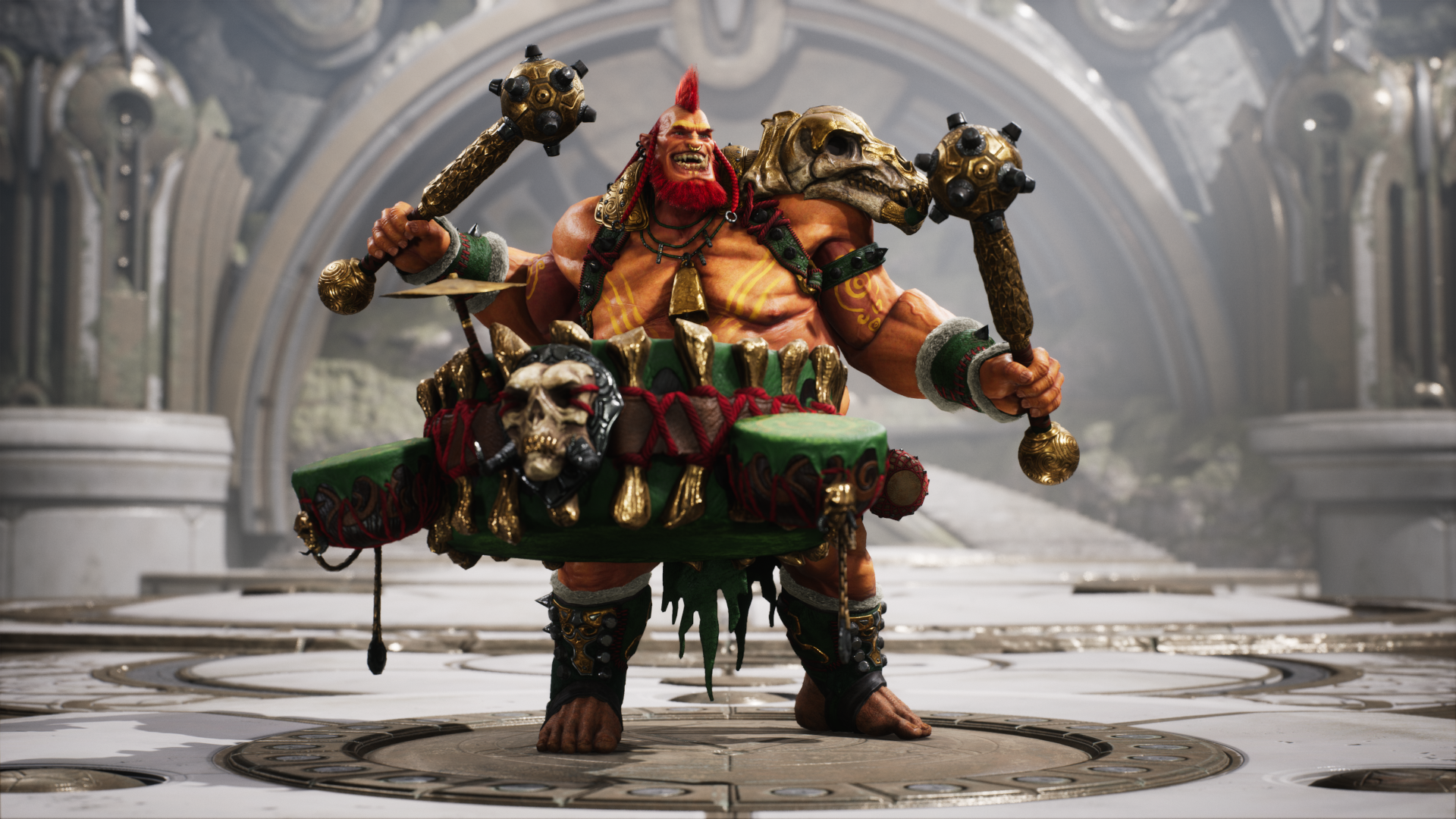 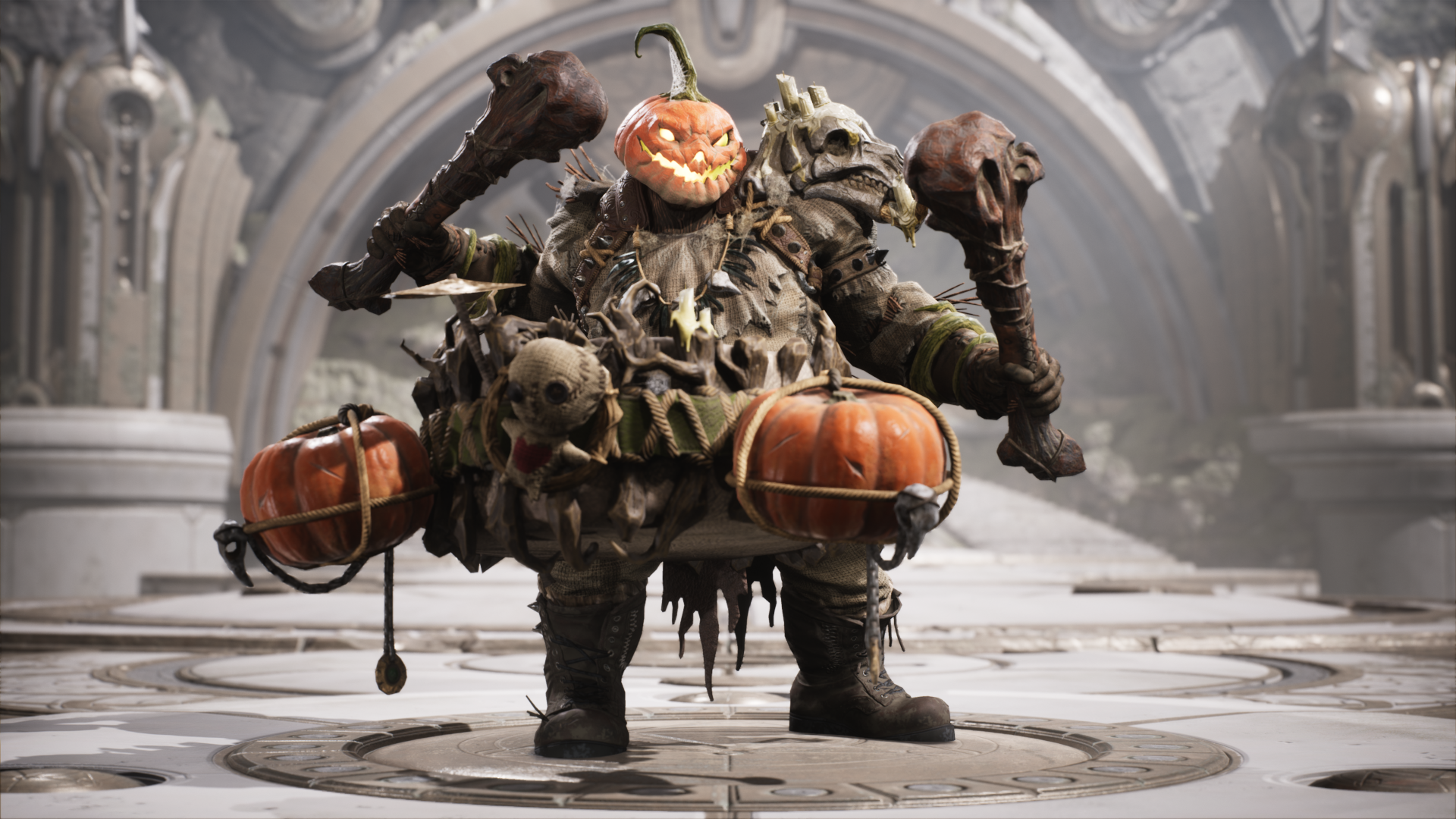 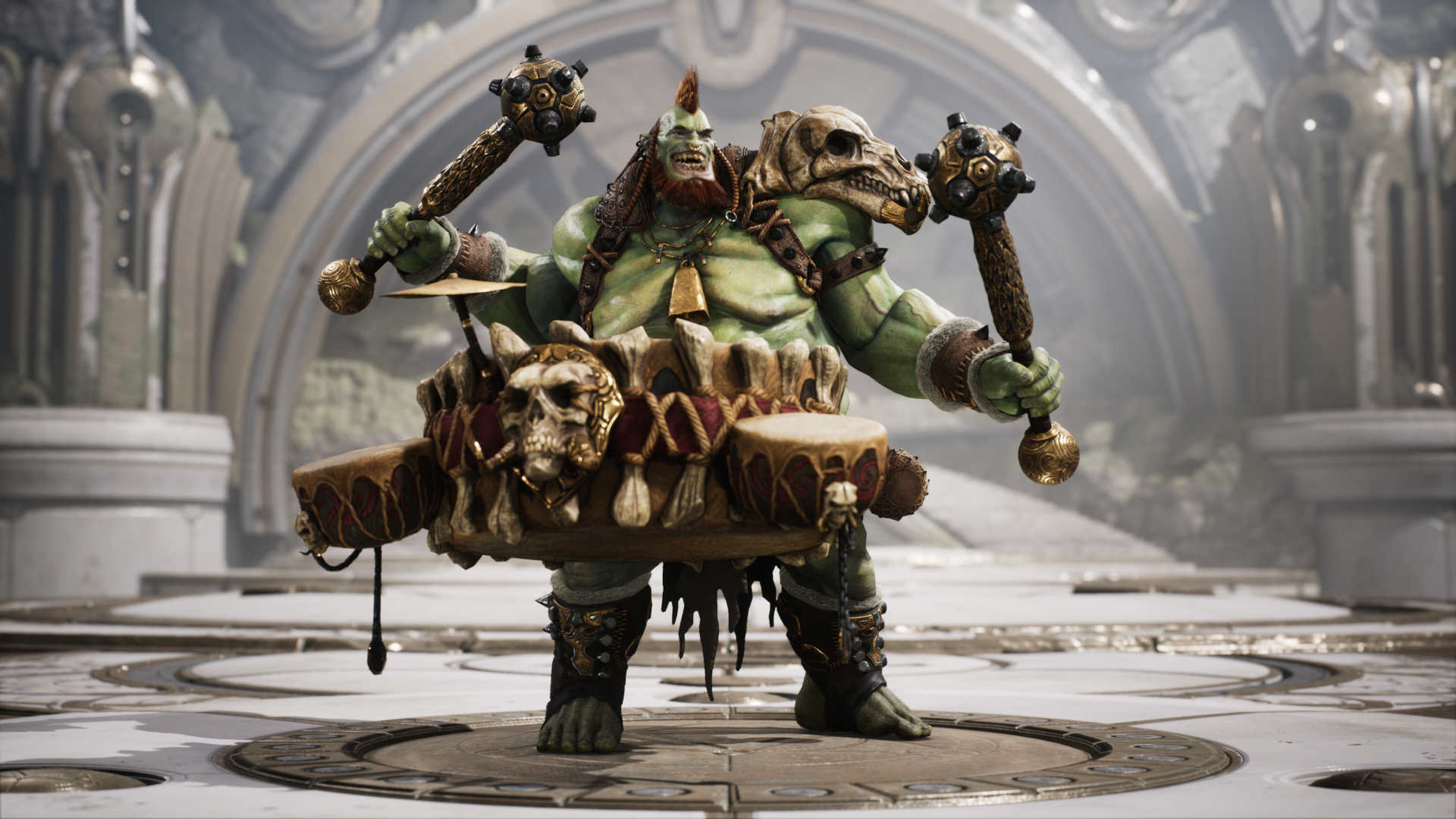 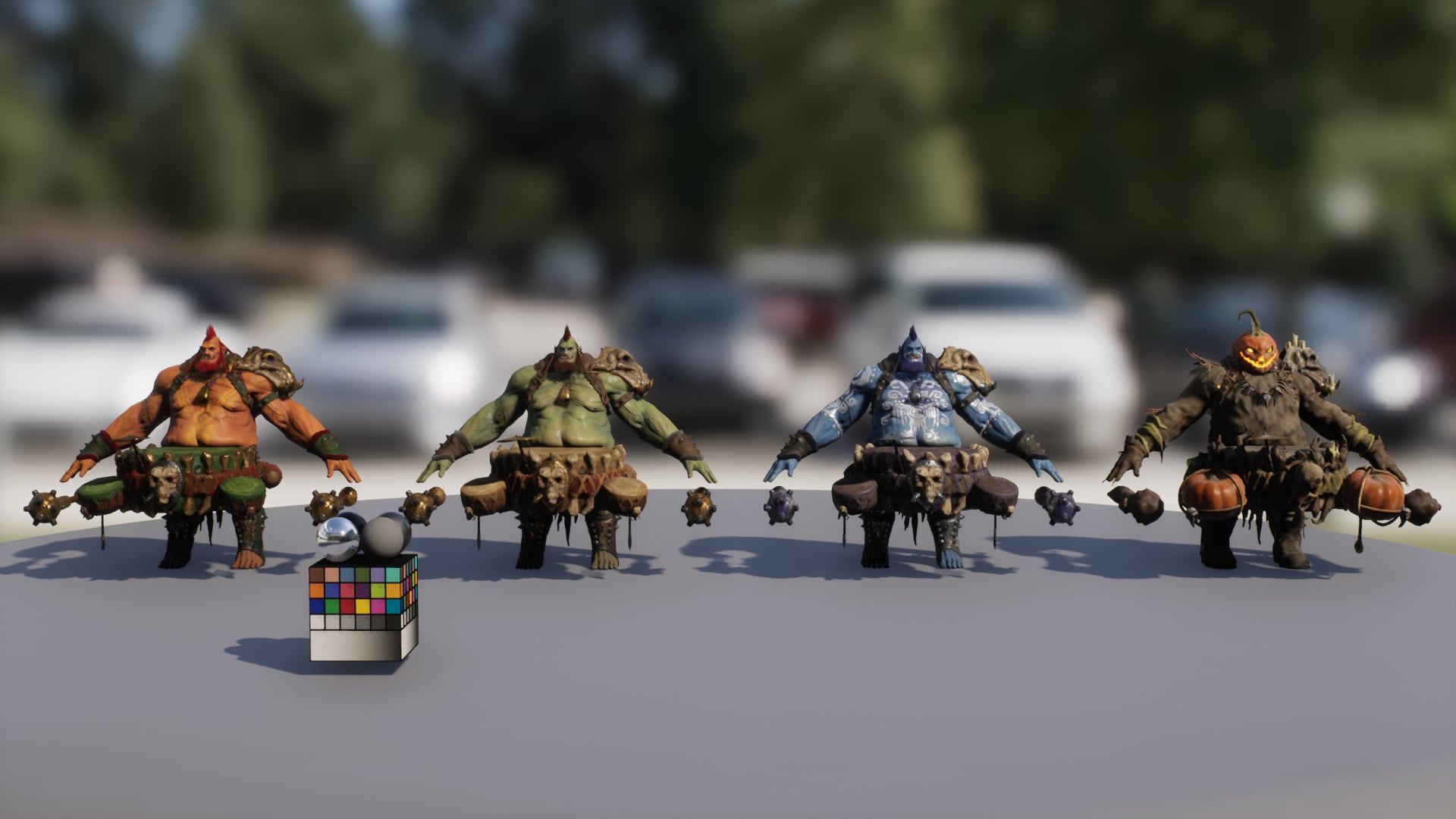 UE-Only Content - Licensed for use only with UE4 based products. Includes the character model, animations and skins for the Paragon Hero, Narbash.

“As the Chosen One of his ogre tribe, Narbash got everything he wanted, until he angered the elders by protesting war with a neighboring tribe. Through inspired drumming, he prevented the war, but was exiled. He took his music across Zechin, making friends everywhere he went.”

Narbash includes the character model, animations, AnimBP’s, skins and FX released to the Unreal Engine community for free to use as you like in your Unreal Engine 4 projects!