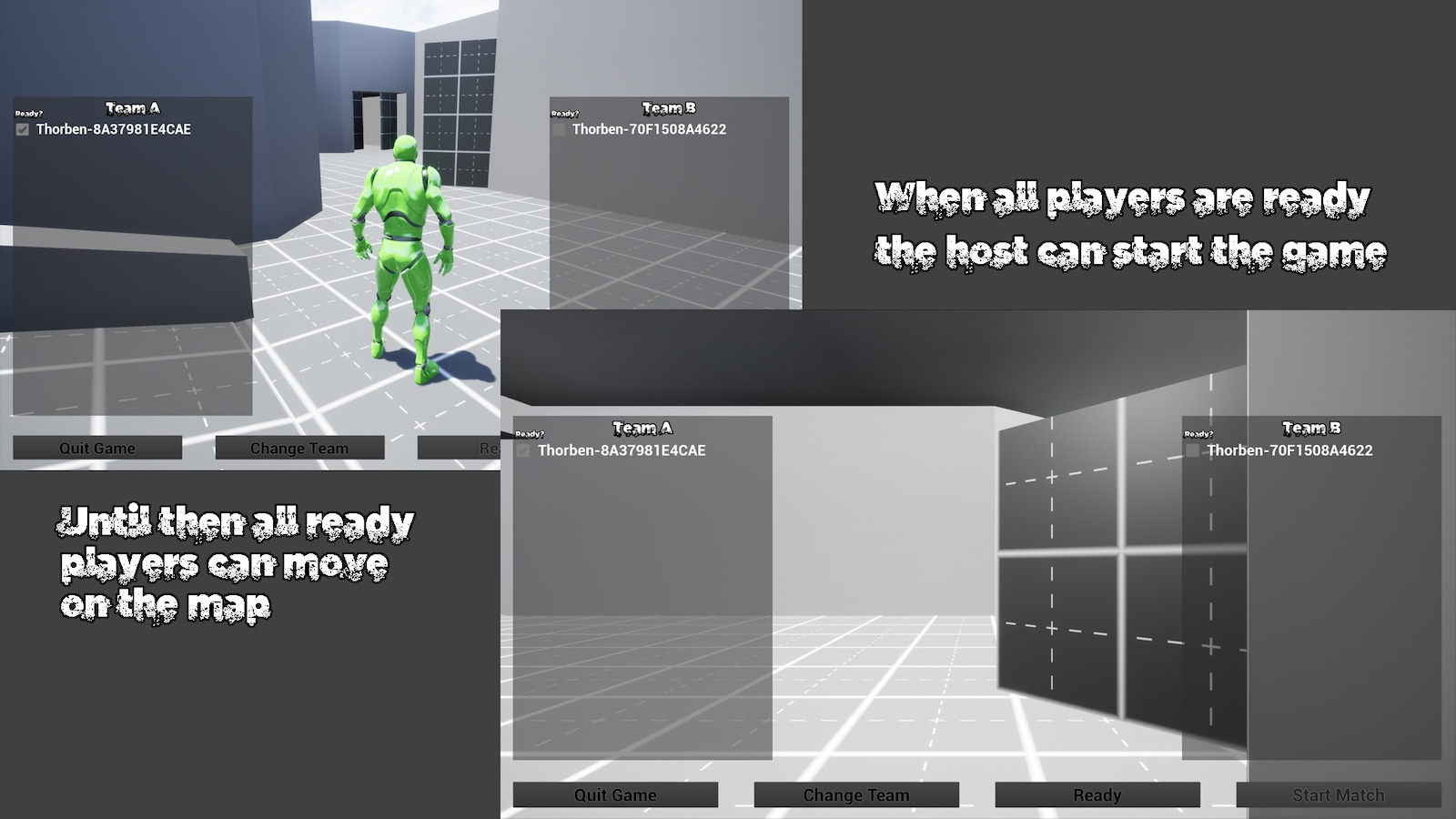 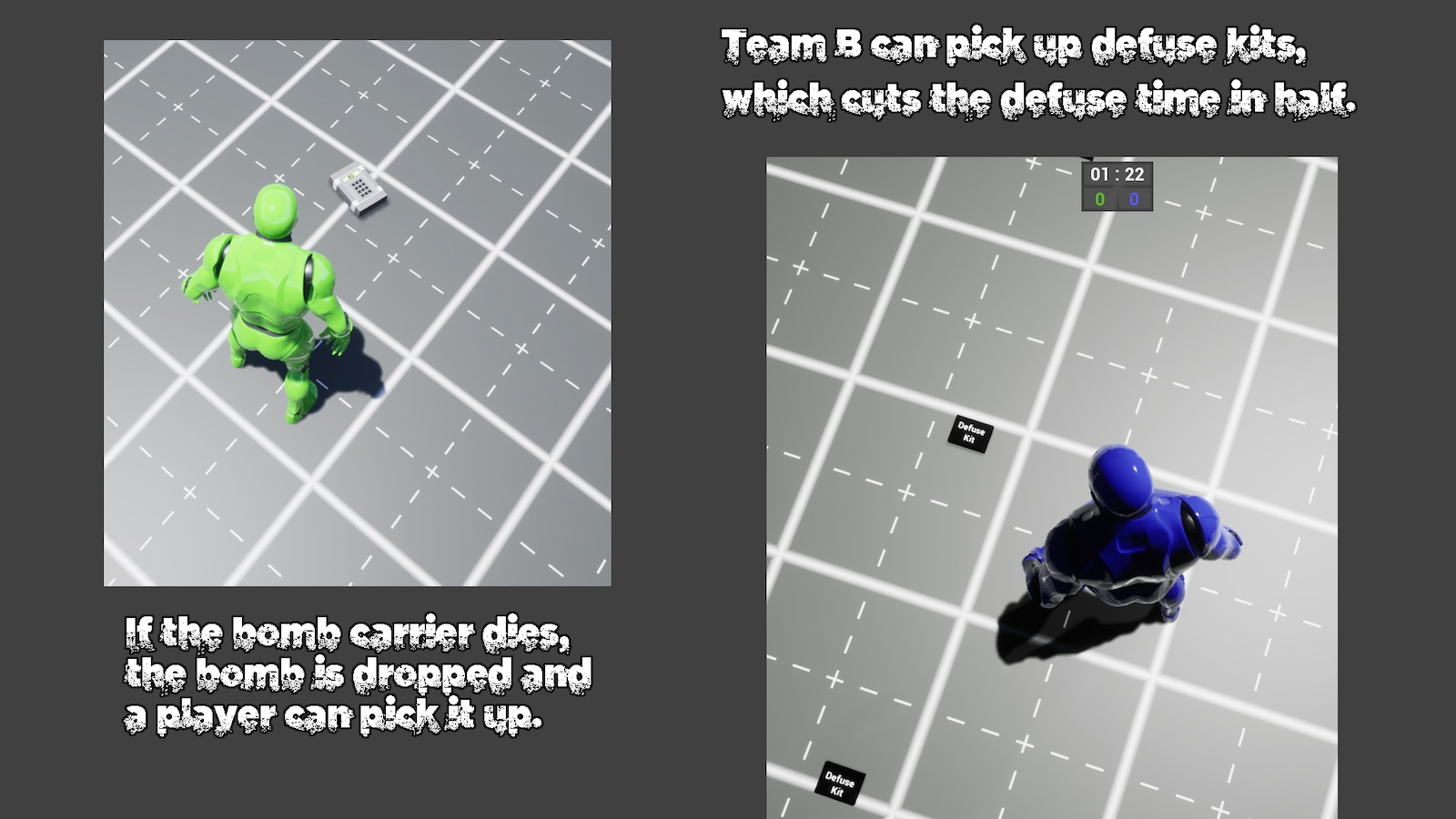 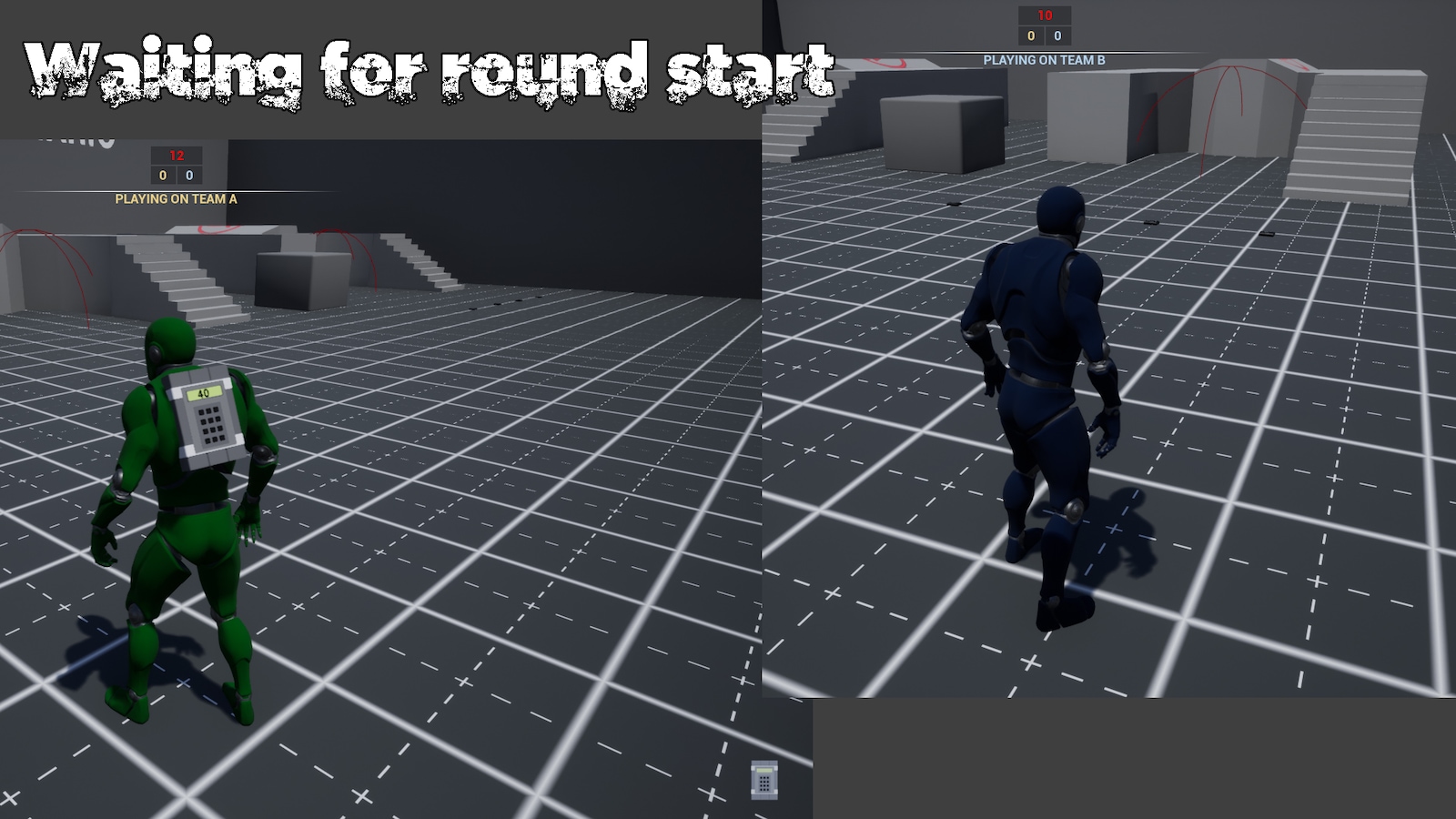 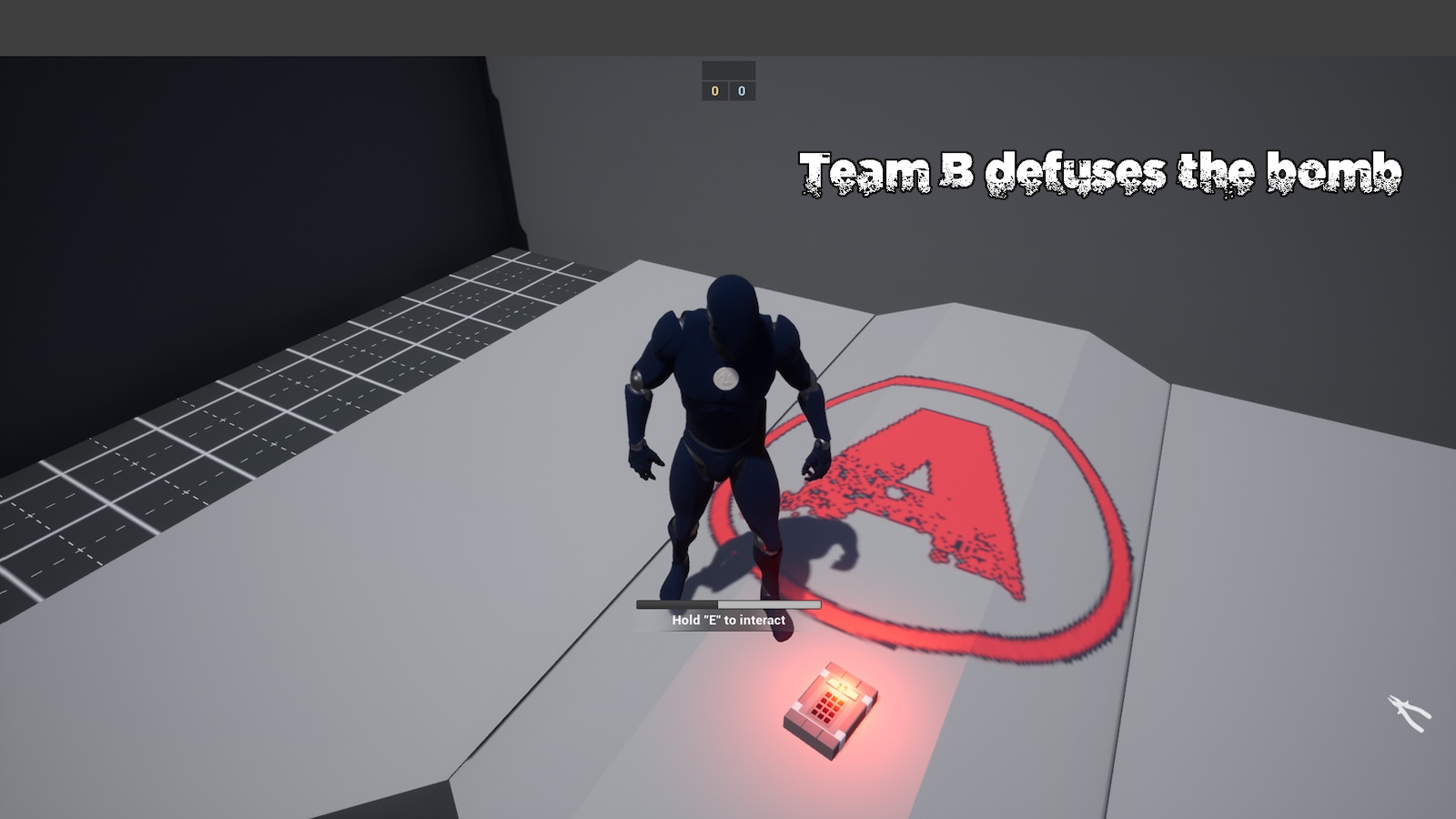 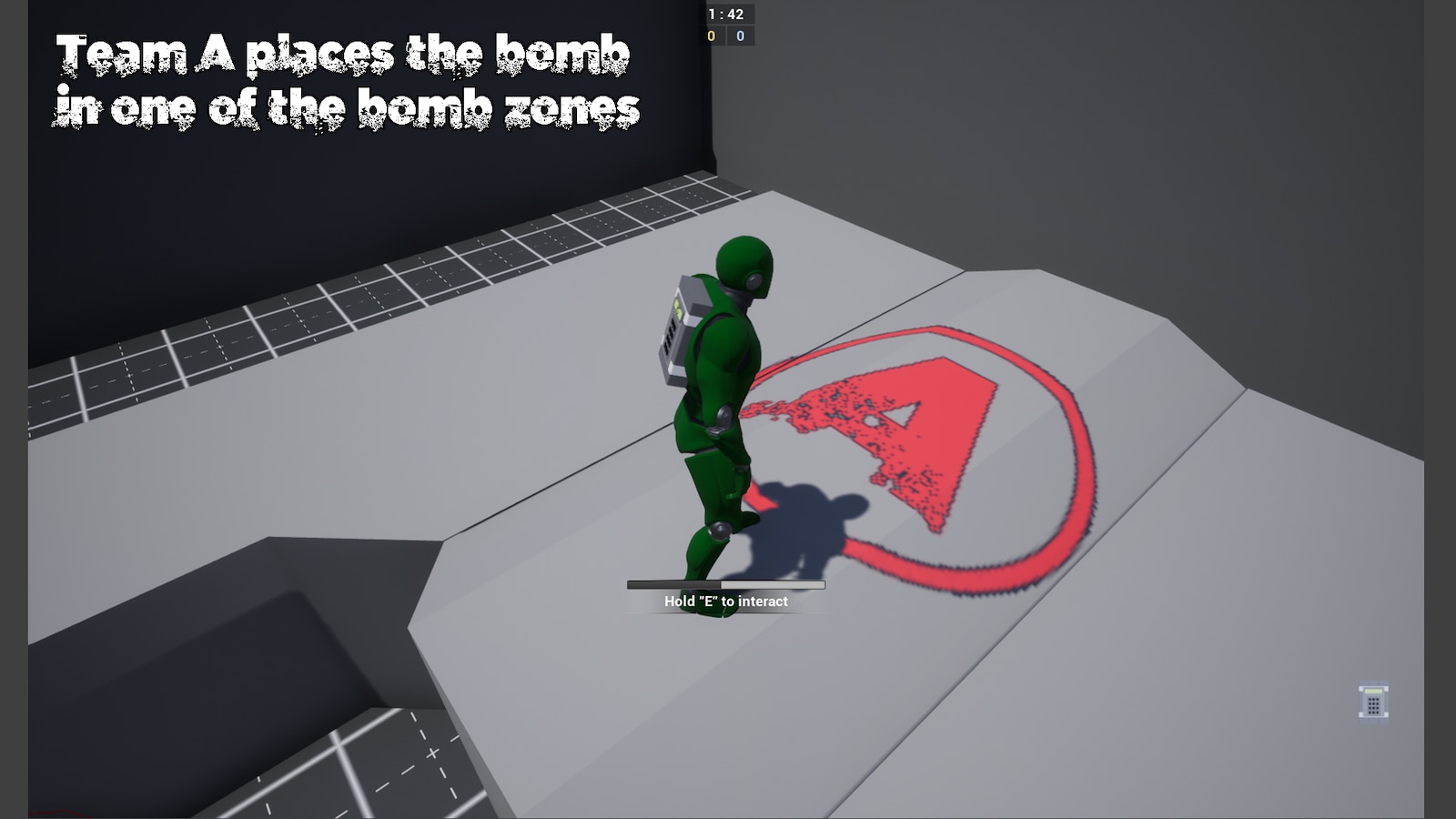 Two teams compete against each other.

Team A must plant the bomb in the Bomb Zone and defend it until it explodes or take out all players from Team B before the round time runs out.

Team B must prevent the bomb from being planted or defuse it before it explodes.

Component based, easy to insert into your existing project.

All settings like round time, Explosion time, rounds to win, time to place the bomb and time to defuse and much more can be easily set via datatable.

At the beginning you join a lobby where you choose your team and when you are ready you can move on the map until the host starts the game. Then everything is reset, the movement is disabled until the start timer has expired.

When the round starts, a random player from Team A gets the bomb.

Team B can pick up a Defuse Kit, cutting the time to defuse the bomb in half.

When half of the rounds are played, the teams are automatically switched.

The HUD informs you about everything important, round time left, bomb placed, score....

A simple main menu for creating and searching a server is included.

The whole system consists of the following components besides GameMode, GameState, PlayerController and PlayerCharacter: 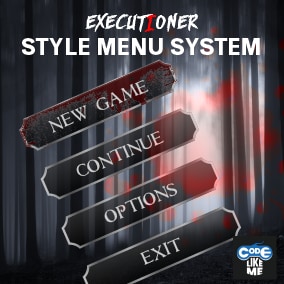 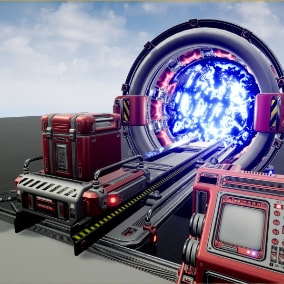 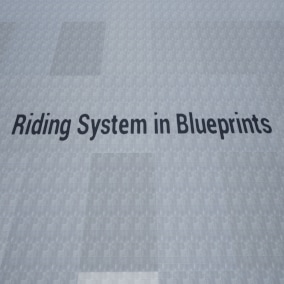 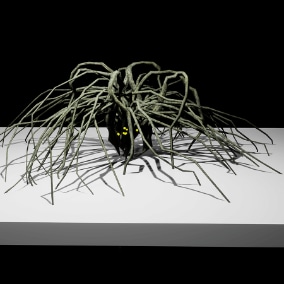