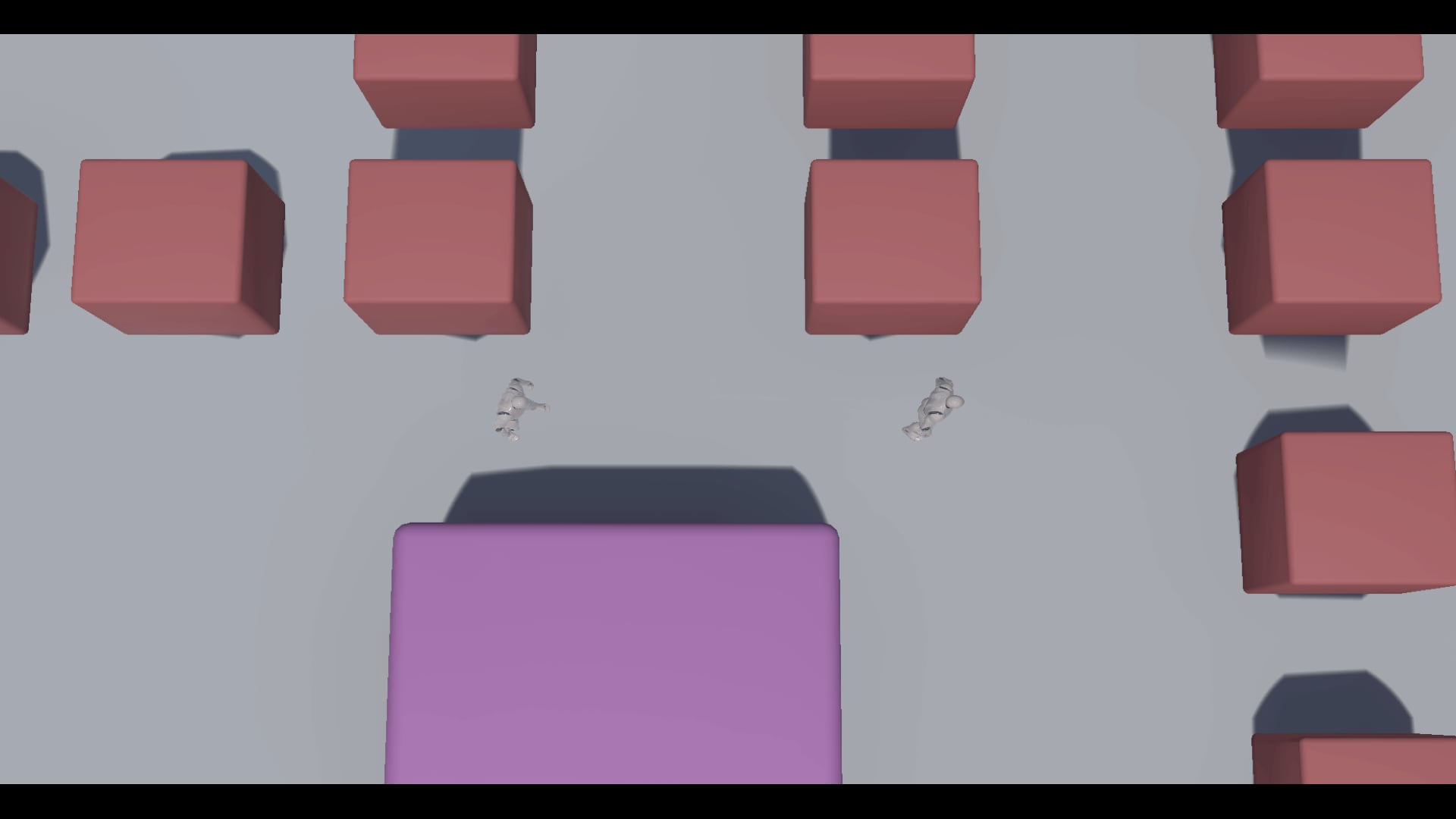 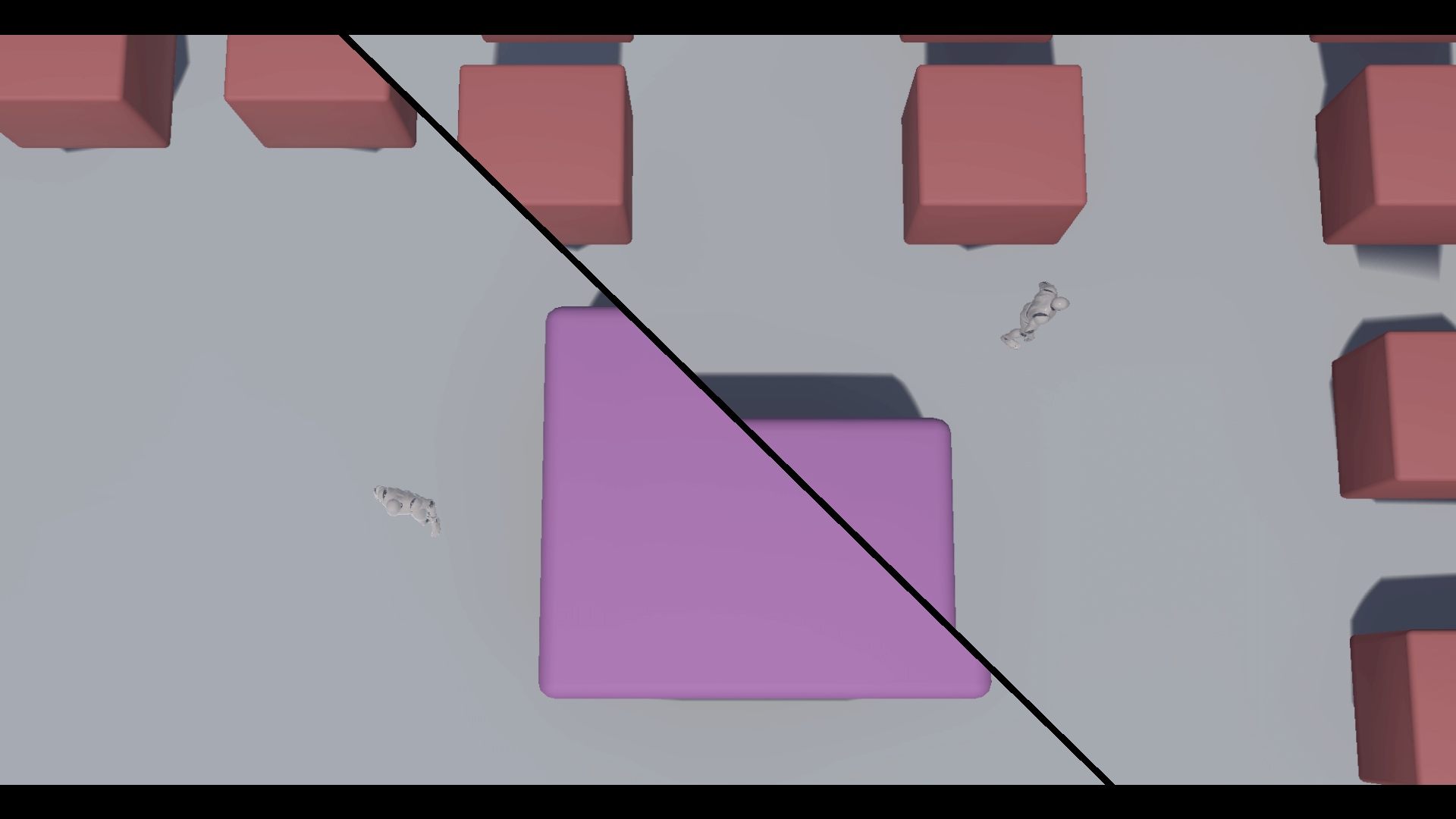 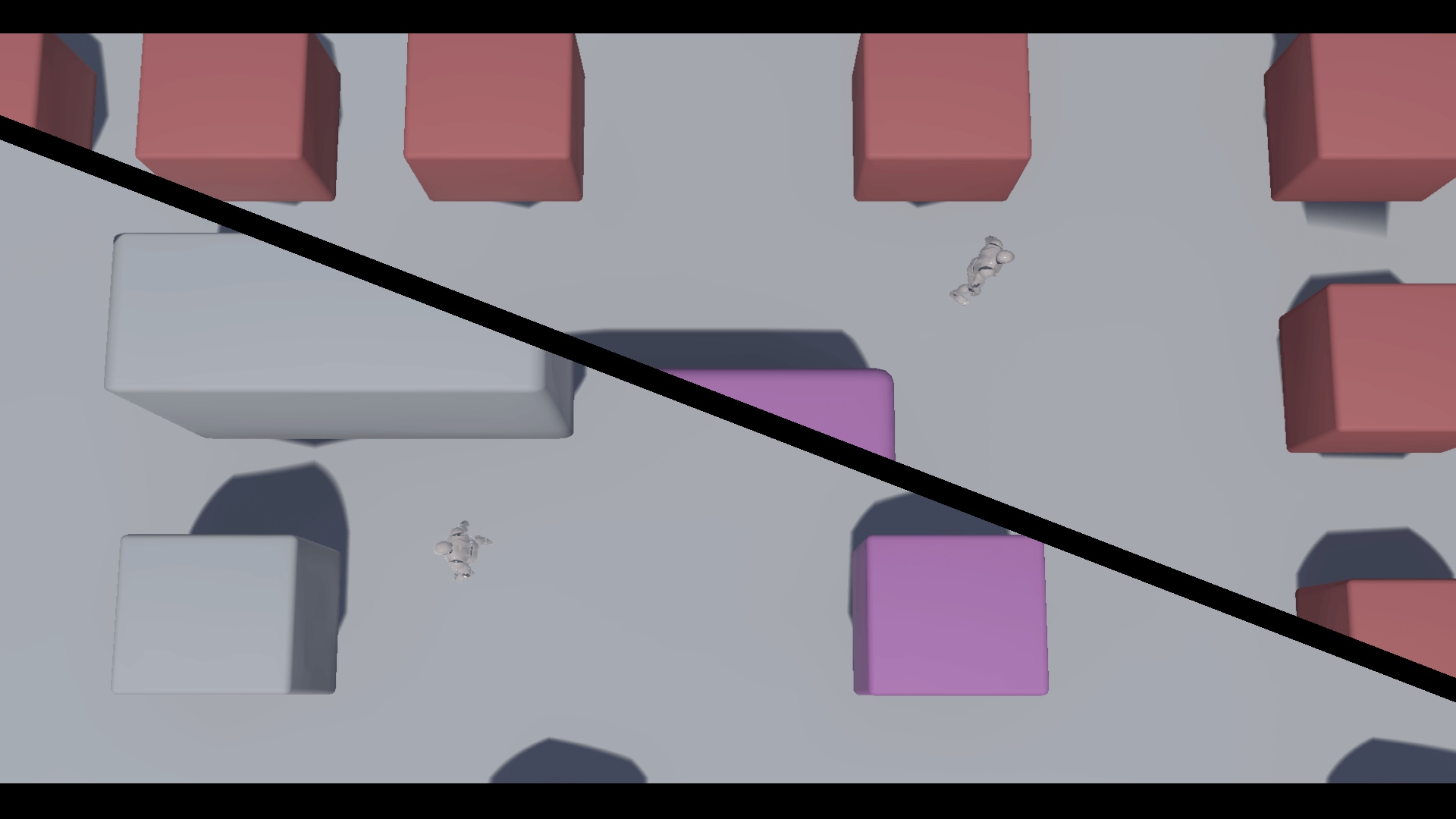 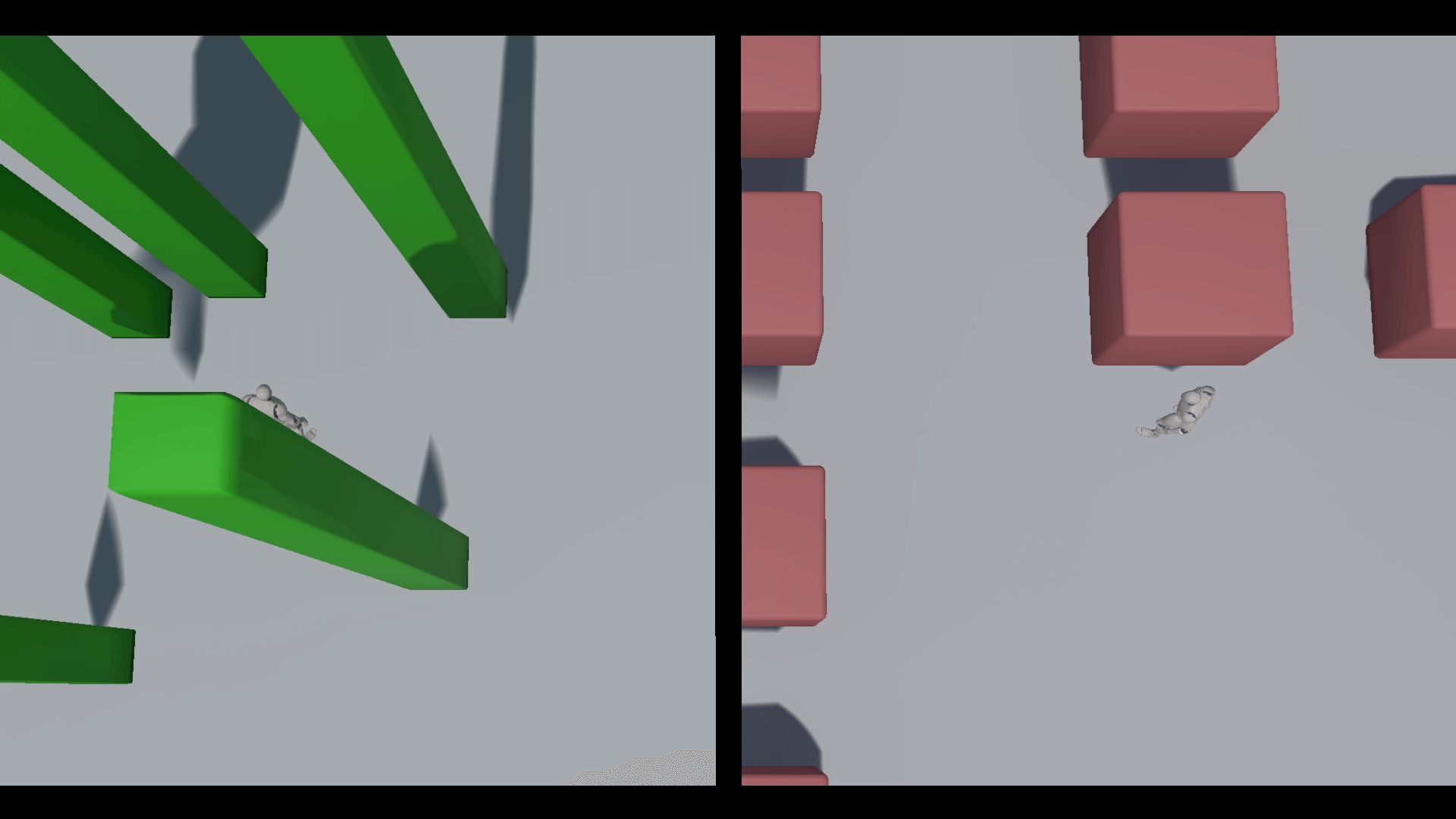 A dynamic split screen system that elegantly merges when players are close together.

Allow your players to move as a team in one large view, or split it up when they want to wander off on their own!

The dividing line in this split screen system always draws a line right between the two players, and the thickness of the line indicates the distance they are from each other.

Similar to the split screen systems found in the LEGO games and Fallen Frontier.

In addition to the regular mode, there is a "sticky" version where the line snaps vertically and horizontally, which could be useful in racing or side-scrolling games.

• Due to using an overlay, there is a visual delay of a few milliseconds, which would make this system less useful for twitchy games.

• The rendering is not optimized, so this system will increase the hardware requirements of your game.

• The system is made to work on flat ground only, but could be modified to take elevation changes into account.

* To test, make a "Top Down" project (so the inputs are set up for you), then open the example map. (For 4.20+, you must replace SimpleMoveToLocation in TopDownController with the non-deprecated SimpleMoveToLocation. And for 4.22 move player 1 to not start on top of a pillar, if that's a problem for you.)

• a material and material function 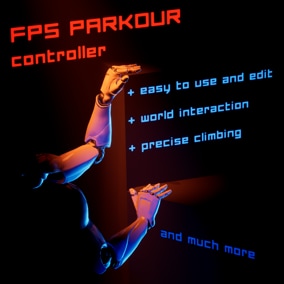 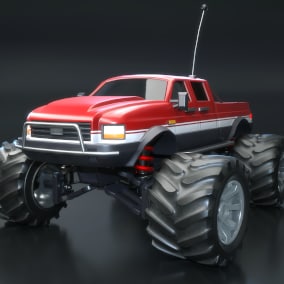 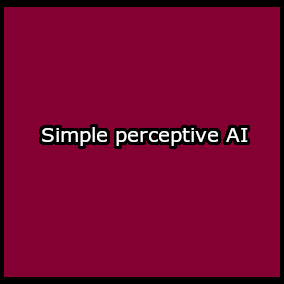 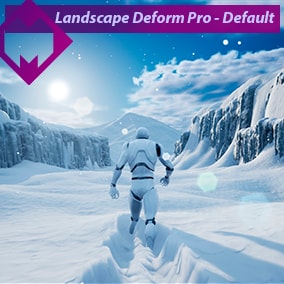