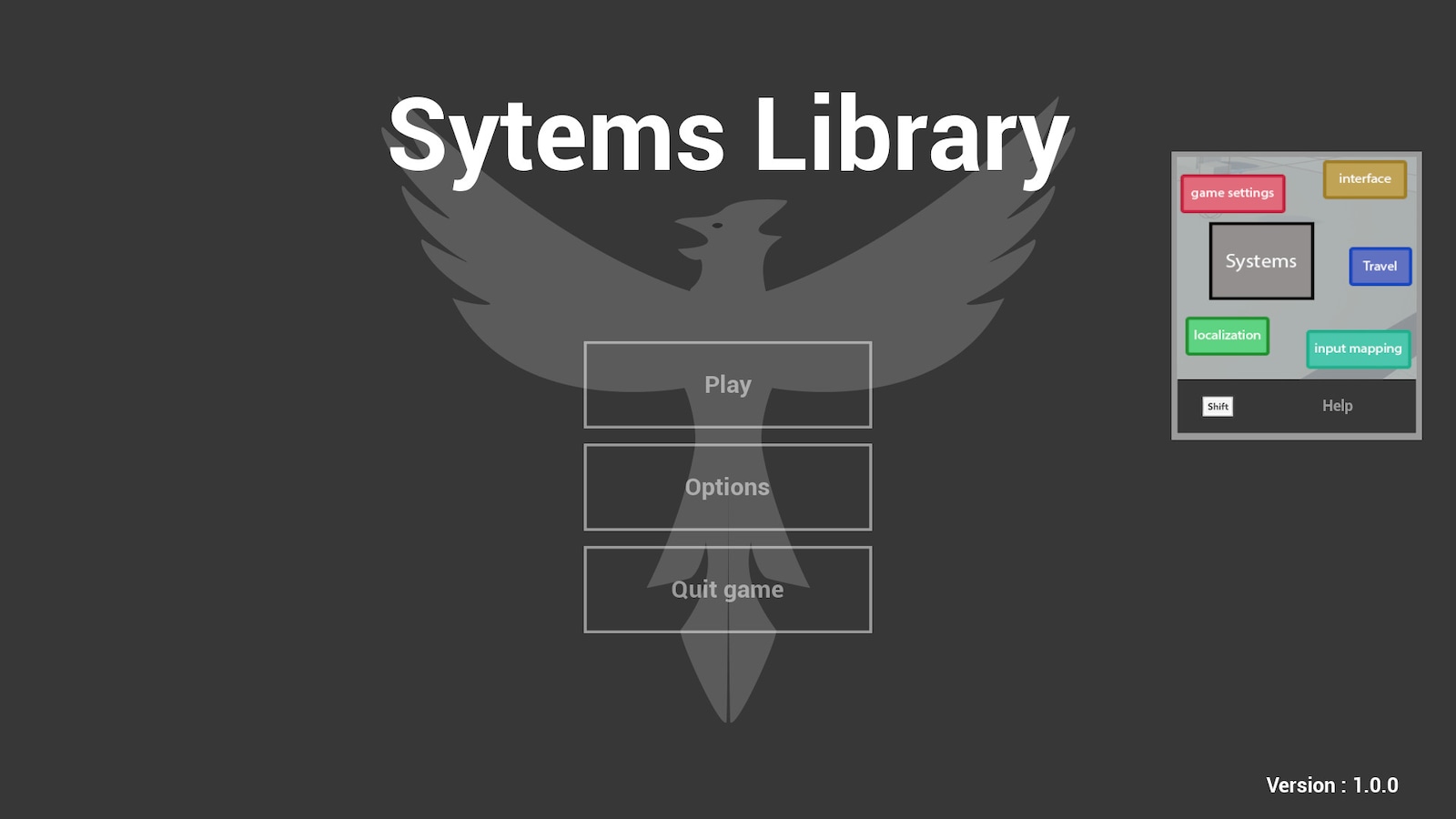 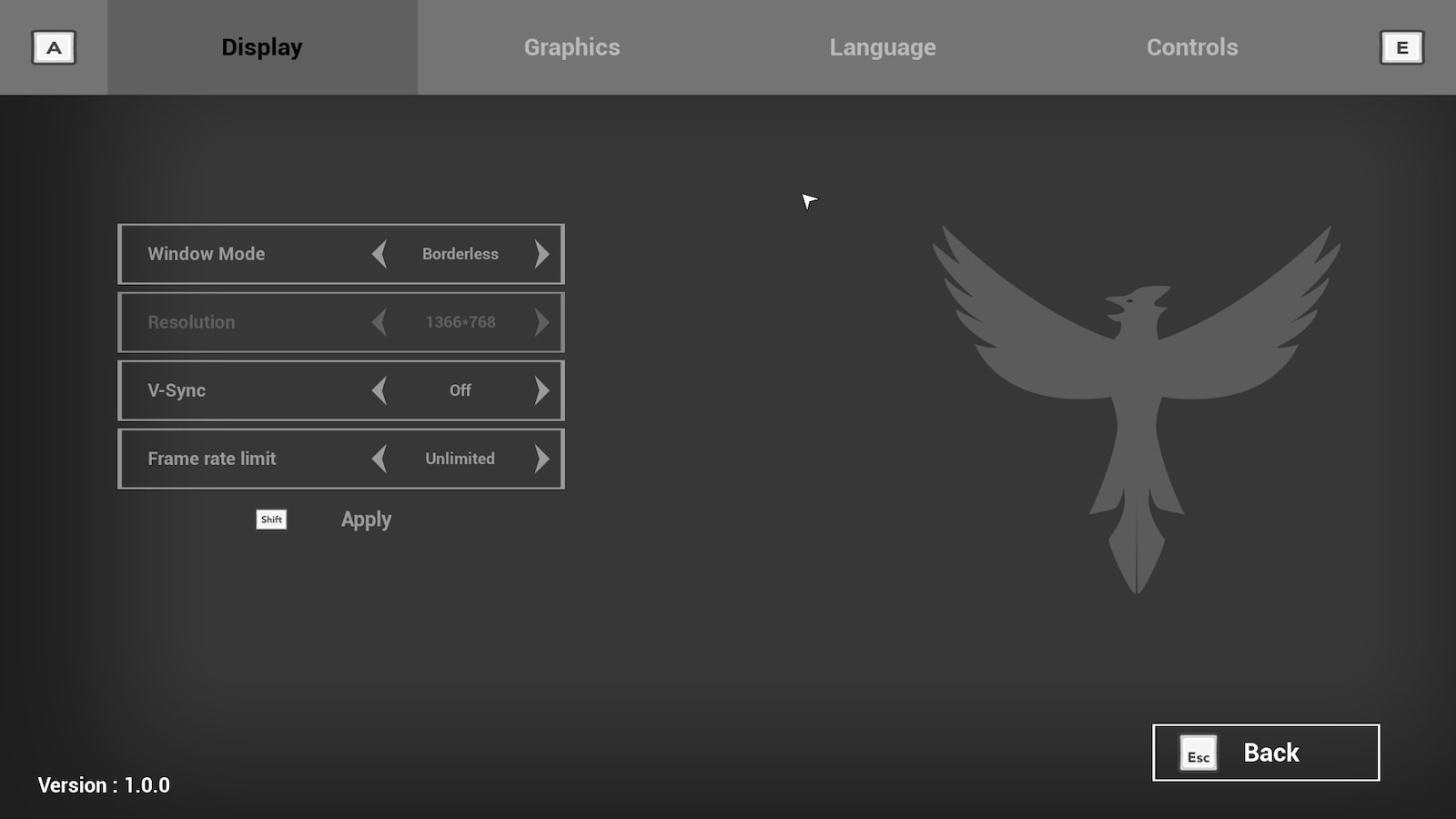 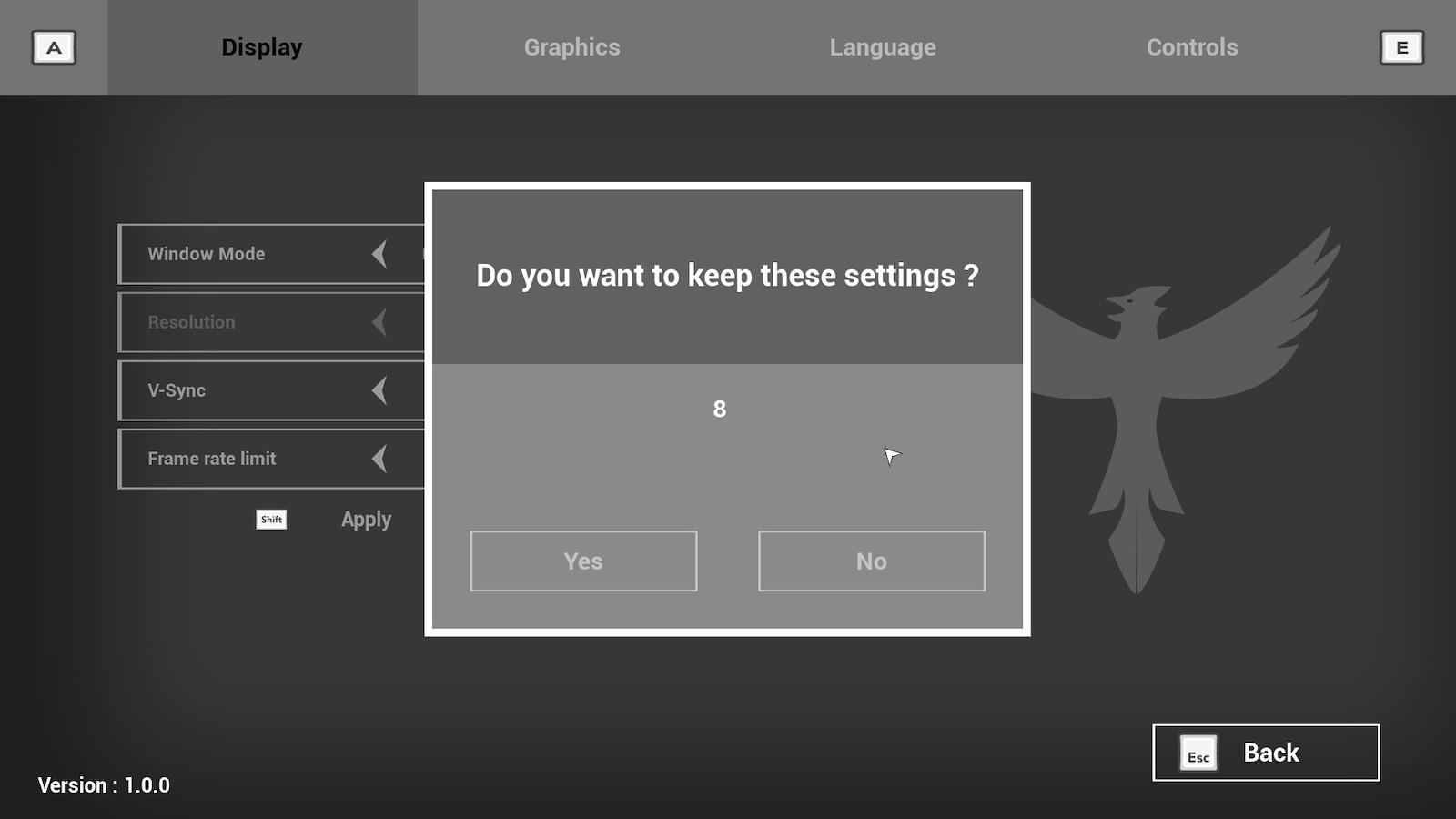 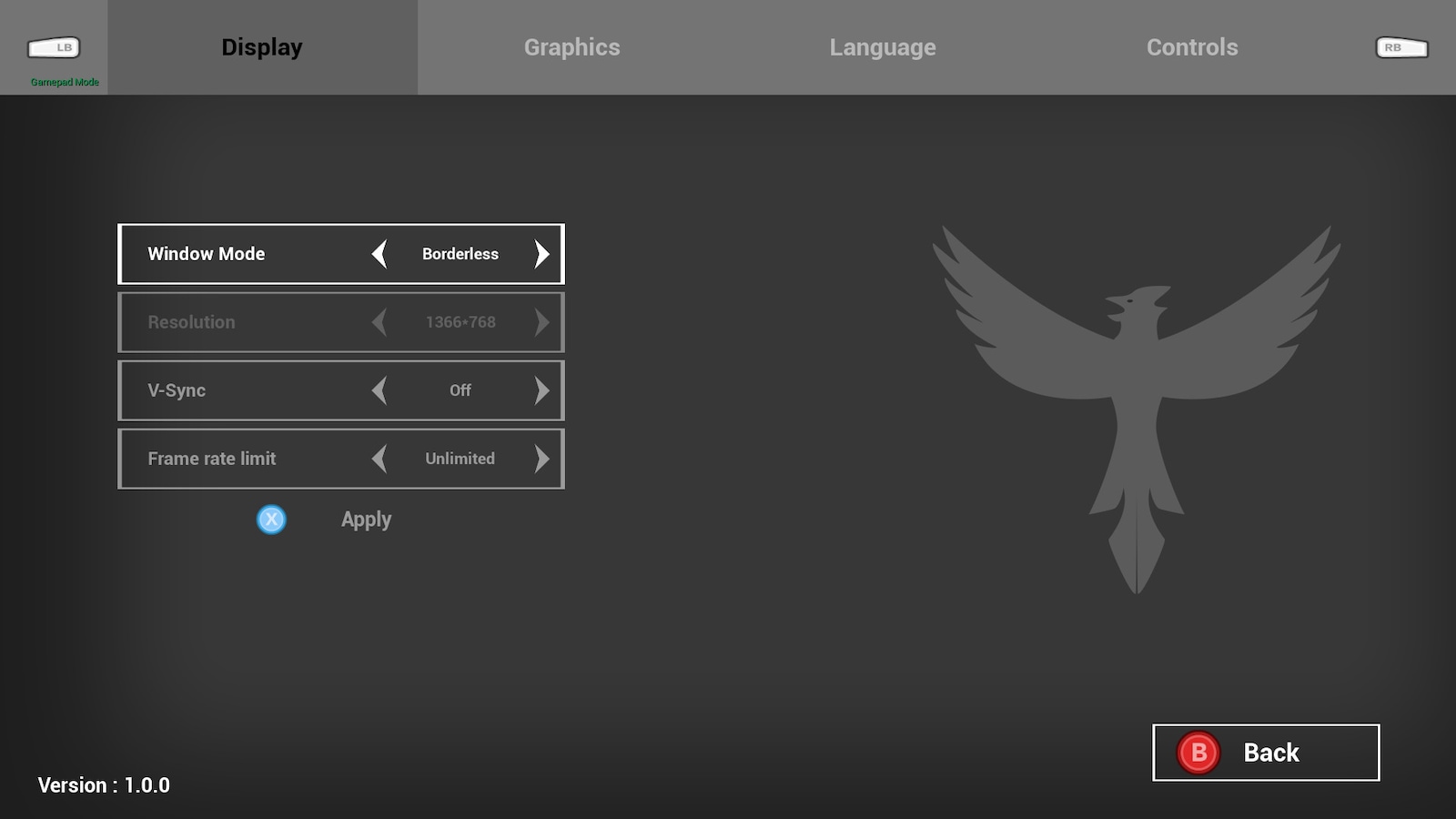 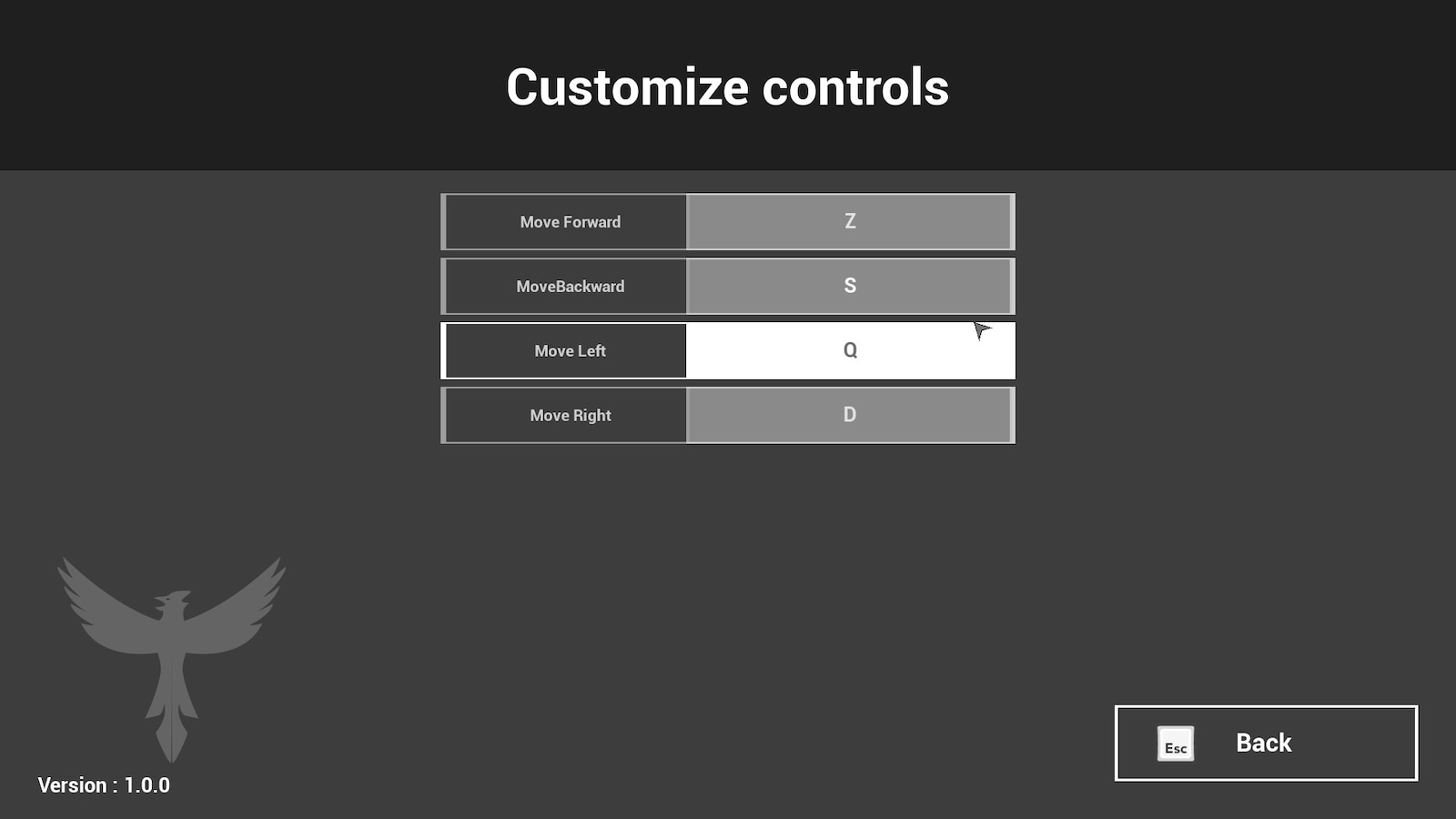 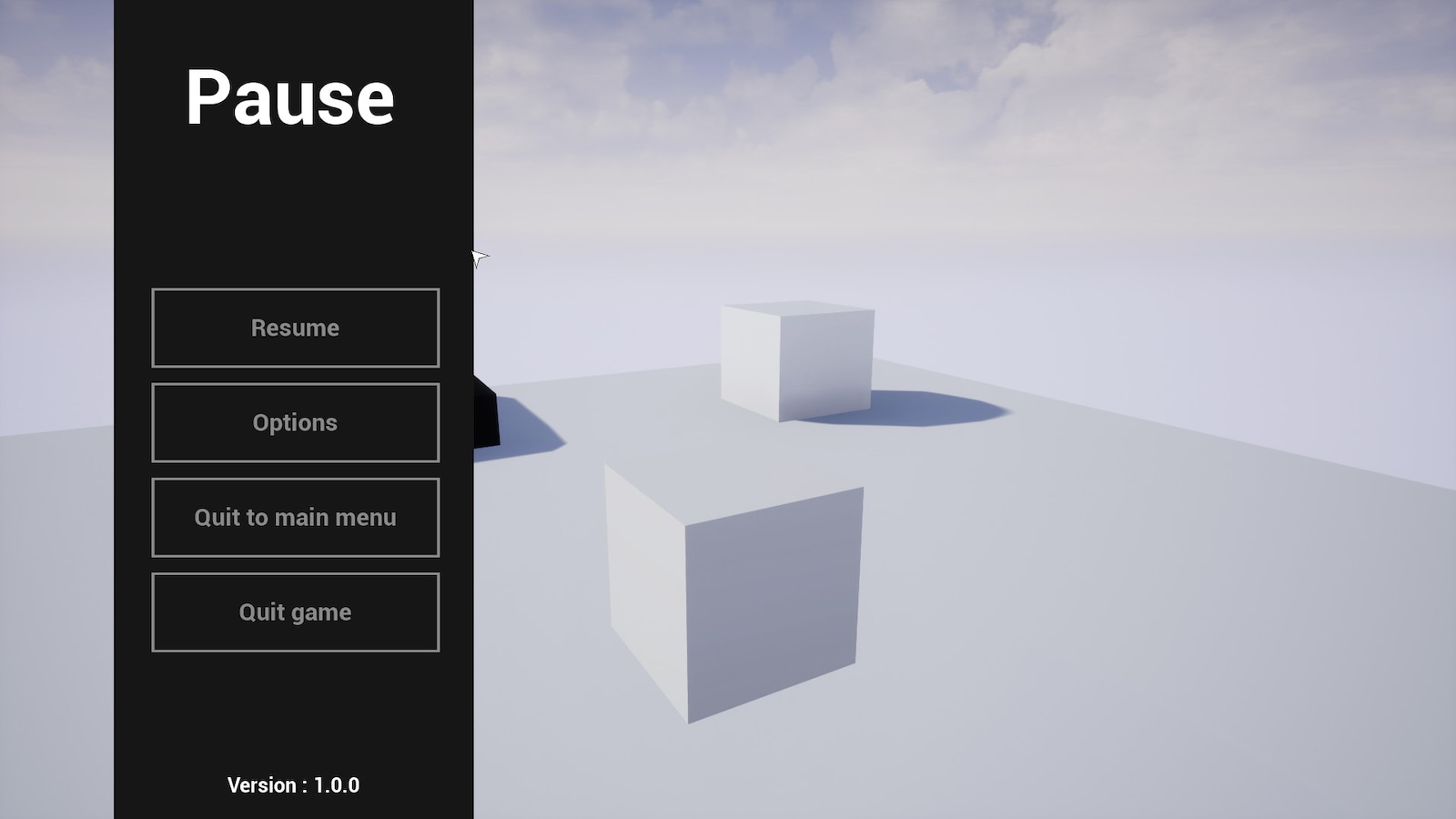 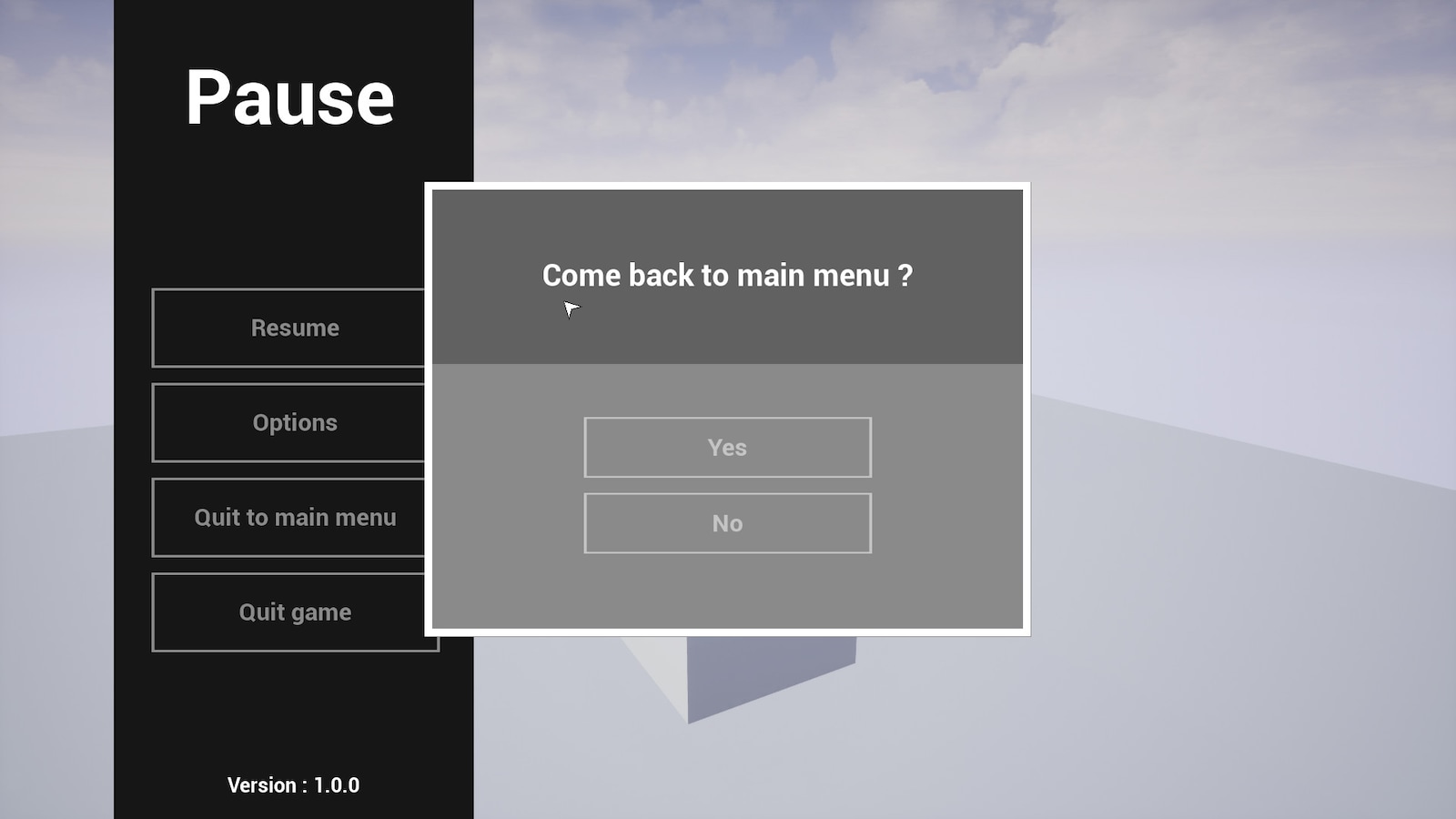 Collection of systems made in blueprint, can be added to any project.

Systems Library is a collection of different systems allow to simplify the creation of different features like an options menu with the "game settings system", support mouse/keyboard and gamepad for the interface with the "interface system" and more ...

All systems are made in blueprint and can be changed easily.

This system allows to simplify the support of the mouse/keyboard and gamepad for the interface, change the appearance depending of the controller used, change the input logic, ...

This system allows to simplify the creation of a game setting. Only a data table and somes variables need to be used. Game settings system is useful for creating an options menu.

This system uses different pre-made data tables. The localization system can be accessed everywhere. English is the native language and only French has been added for now.

This system allows your player to change input of an action/axis. Different groups of actions can be created, useful when one input is used for different gameplay phase.

This system allows to load and unload levels/sublevels. 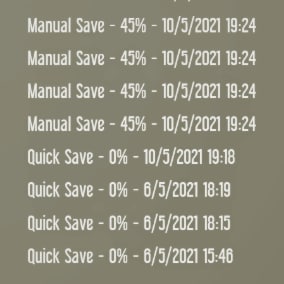 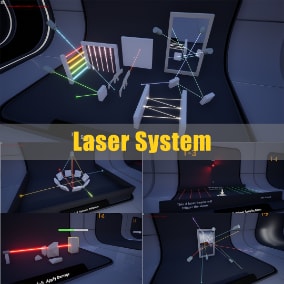 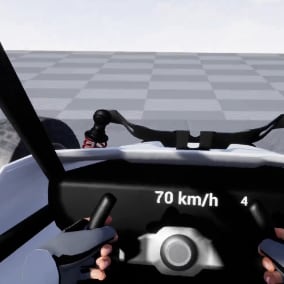 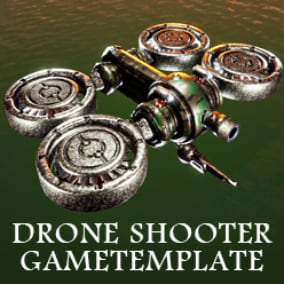 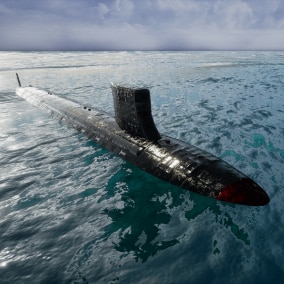