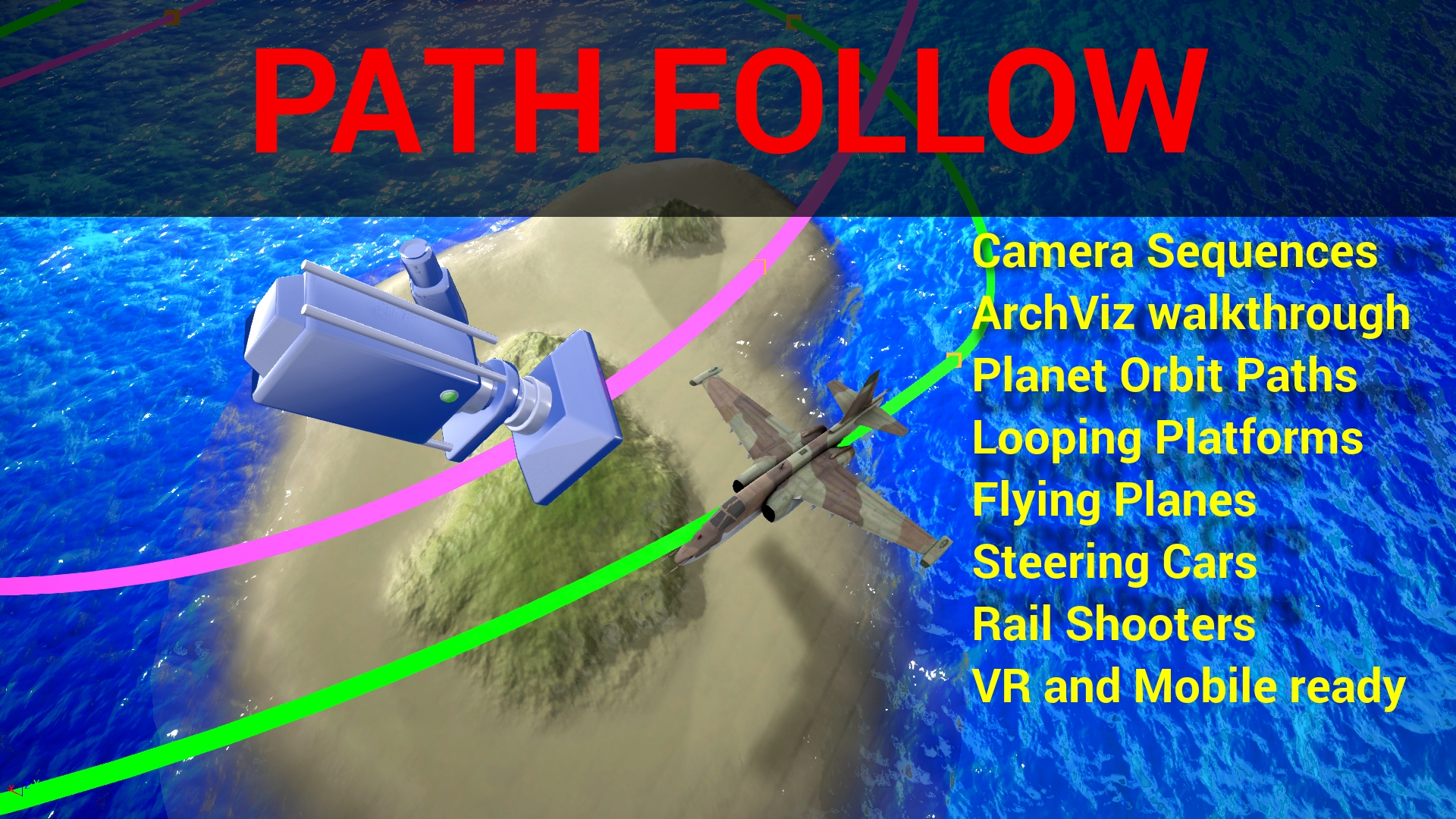 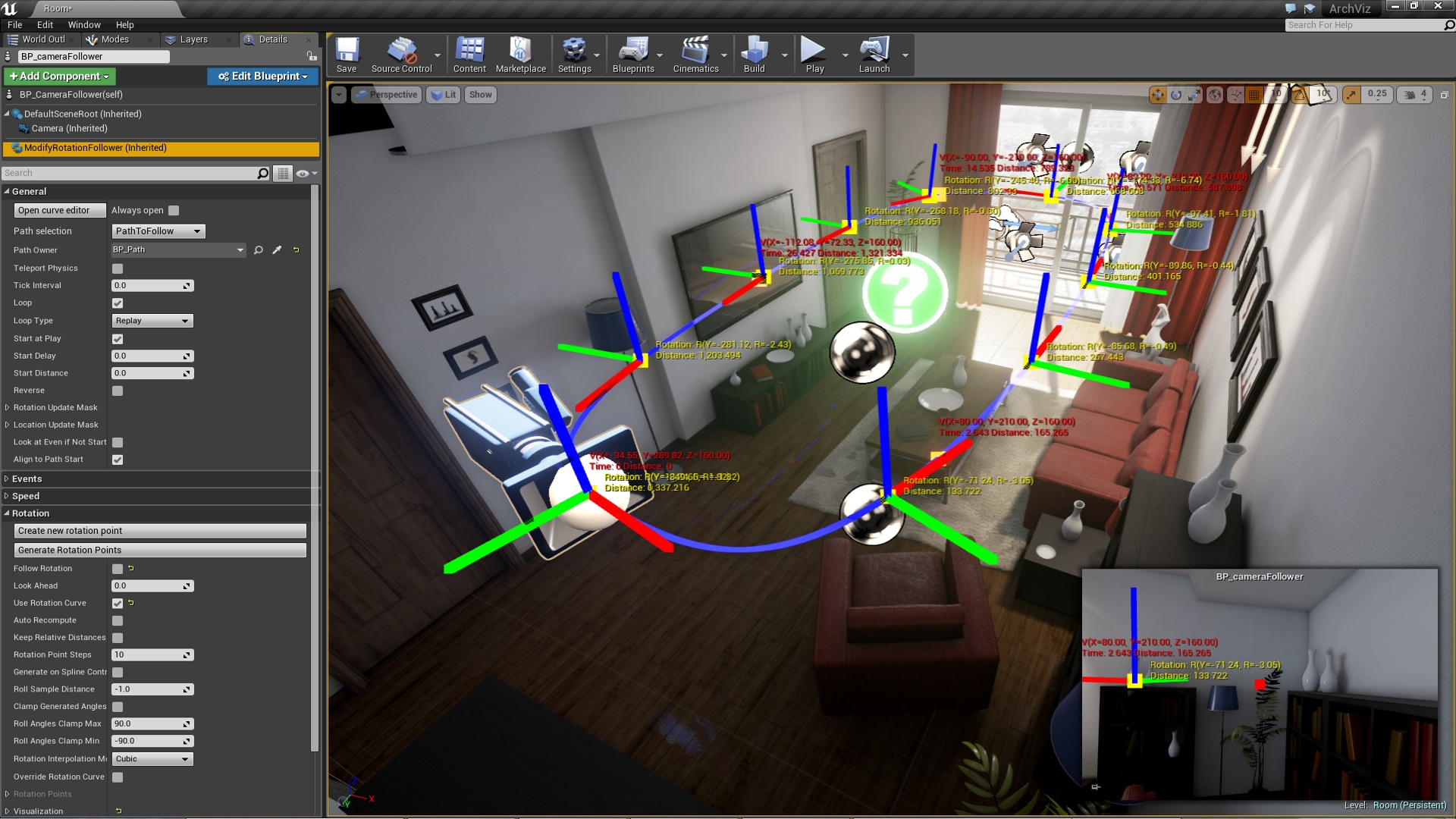 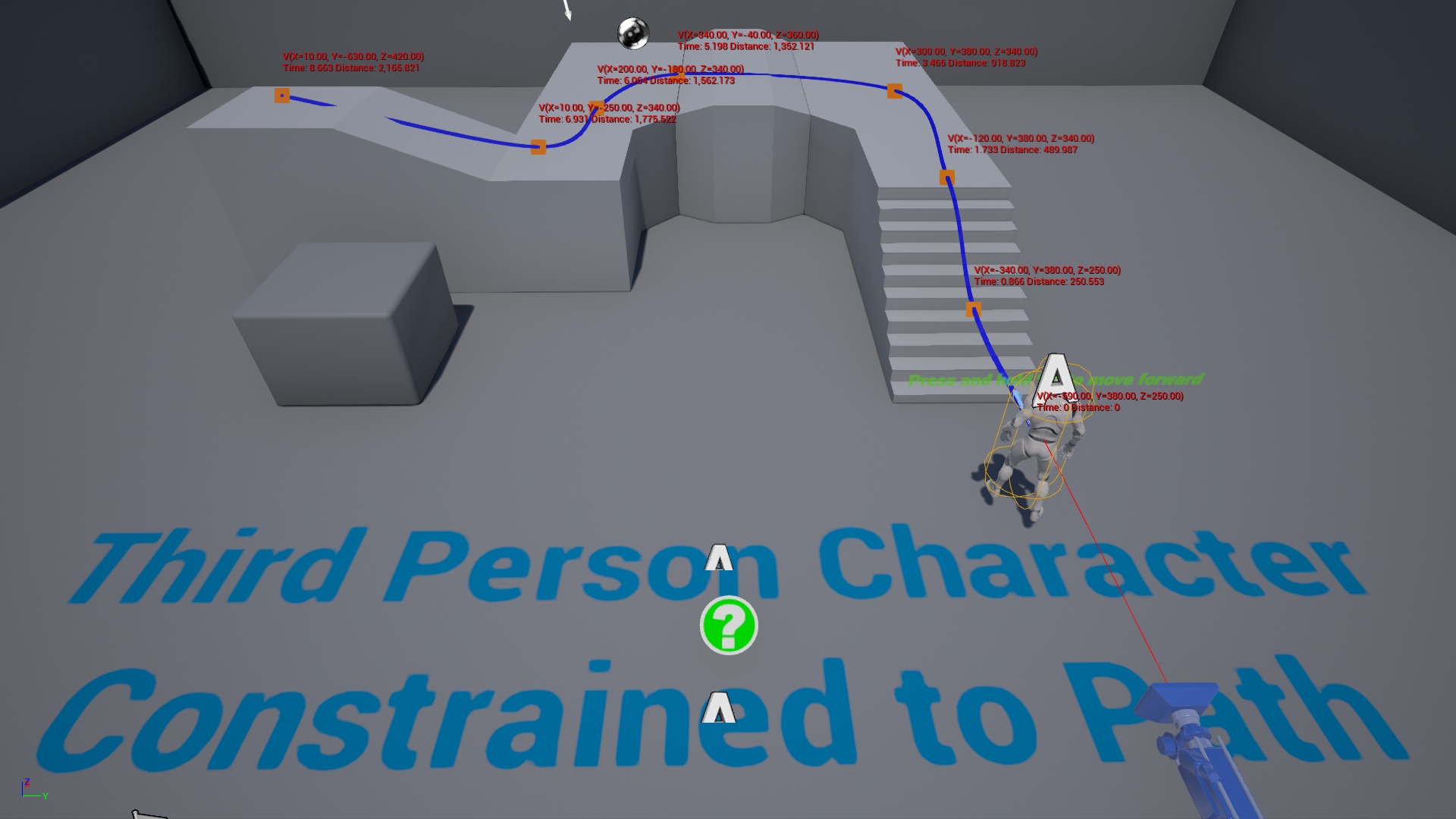 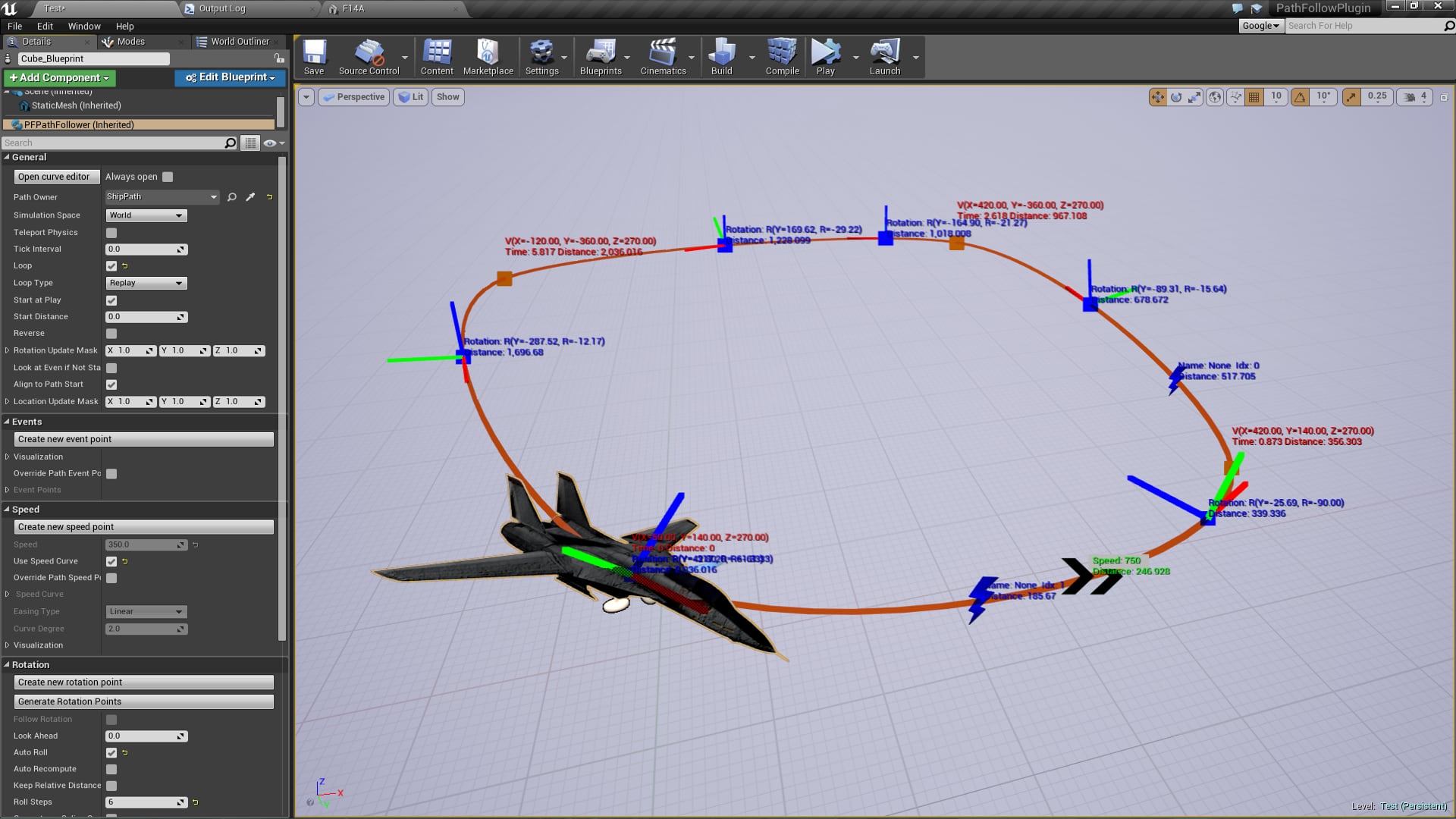 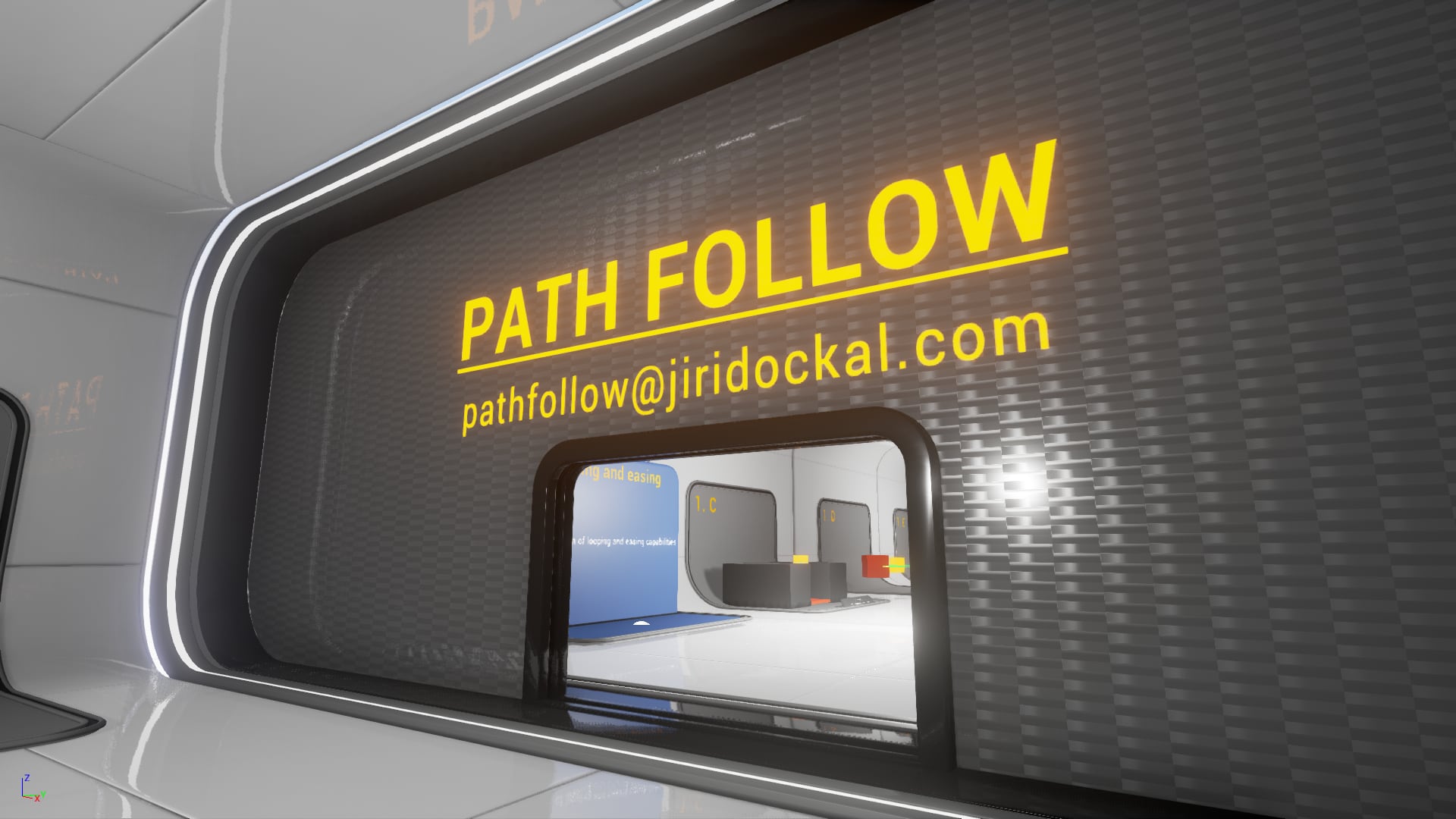 The Path Follow plugin allows any actor to follow any spline path including relative/moving paths. The plugin gives you direct control over location, rotation and speed of following directly inside Unreal Engine 4 editor. Trigger any behavior using path event points.

Prototype rotation along a path with build-in rotation points generator.

Speed points allow for precise control over speed of following. Speed can be changed in runtime too.

Run any script or code when passing event point location.

Built-in easing and looping support with seamless support for closed paths. Follower can also look at another scene component during location follow.

Ready for both Blueprint-only and code projects. No need for any C++ code in your project.

Works in VR and on Mobile.

Comes with examples project, detailed documentation and videos to get you started quickly and painlessly.

• Direct control over rotation along a spline path with rotation points

• Speed points support for precise control over speed of following, speed can be changed in runtime too

• Support for global (per path) and local (per follower) rotation, speed and event points

• Path trajectory can be changed during runtime

• Location and Rotation update mask - update only axis you need

• Visualize a spline path even if it isn't selected and in-game (e.g. for debug purposes)

• Path following could be start at any distance on spline path i.e. not just from the start of a spline path

• Reverse (from end of a spline path to start) following support 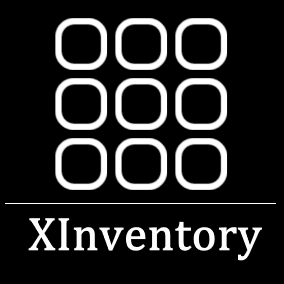 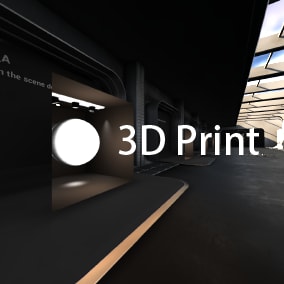