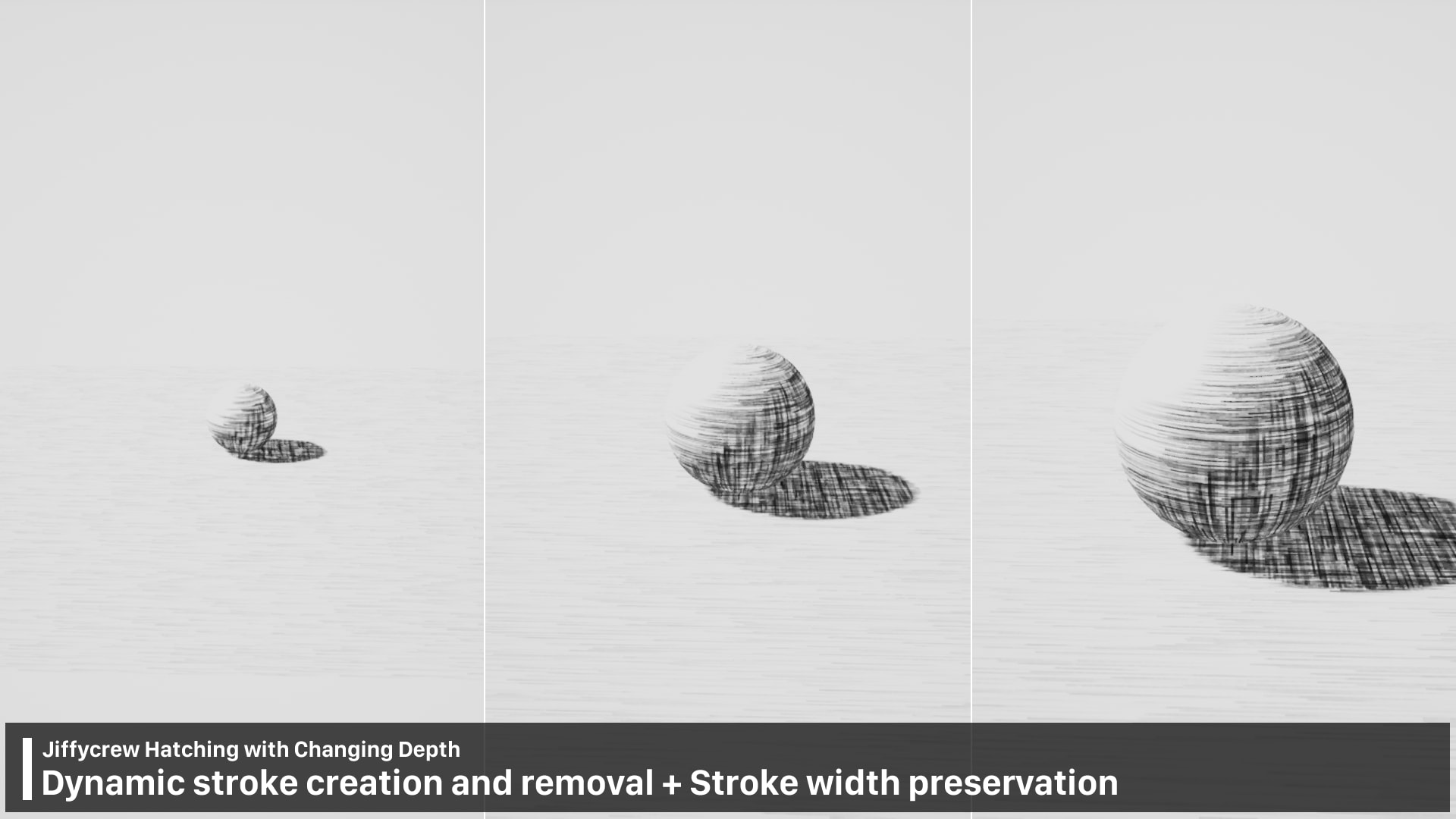 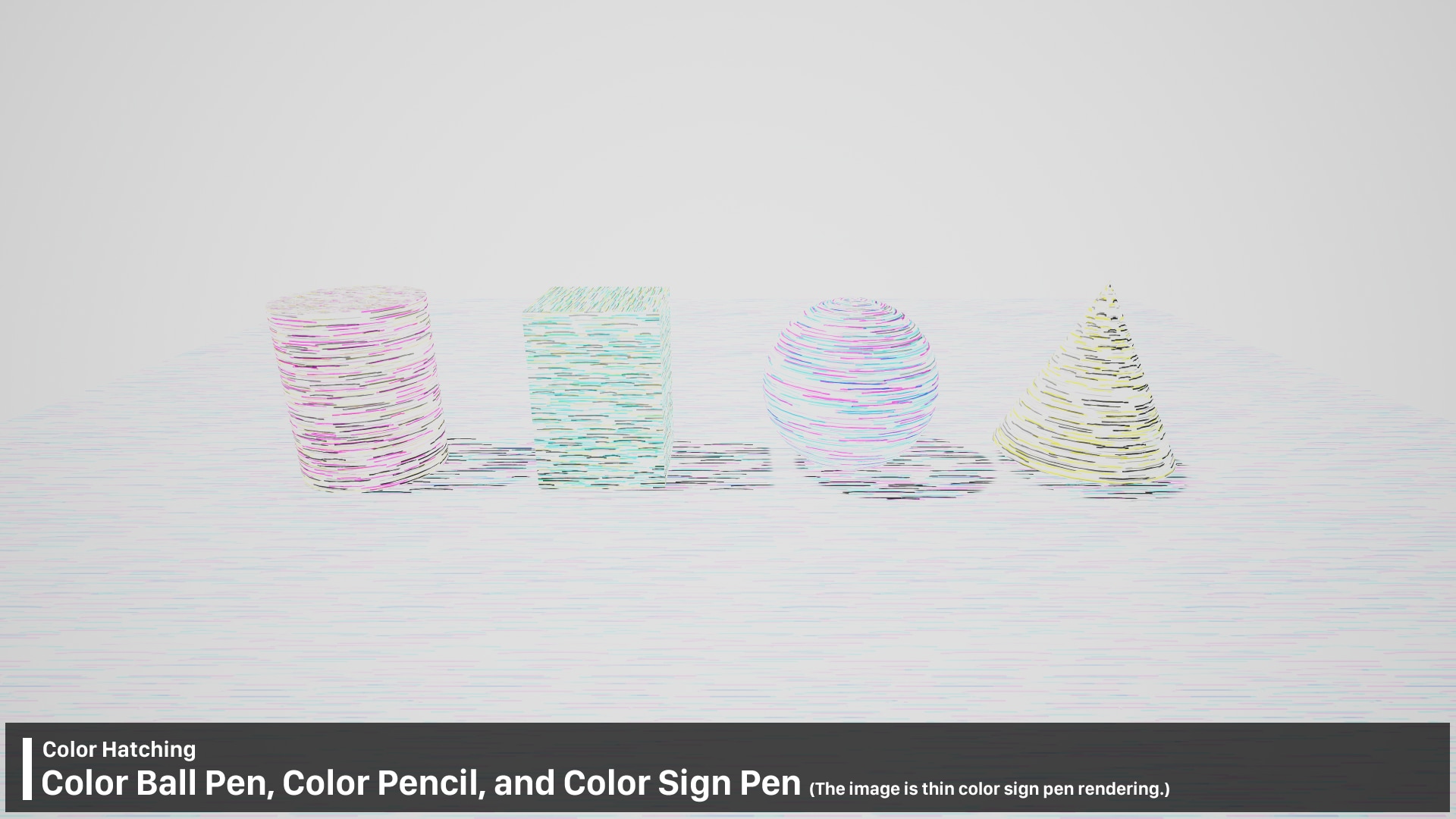 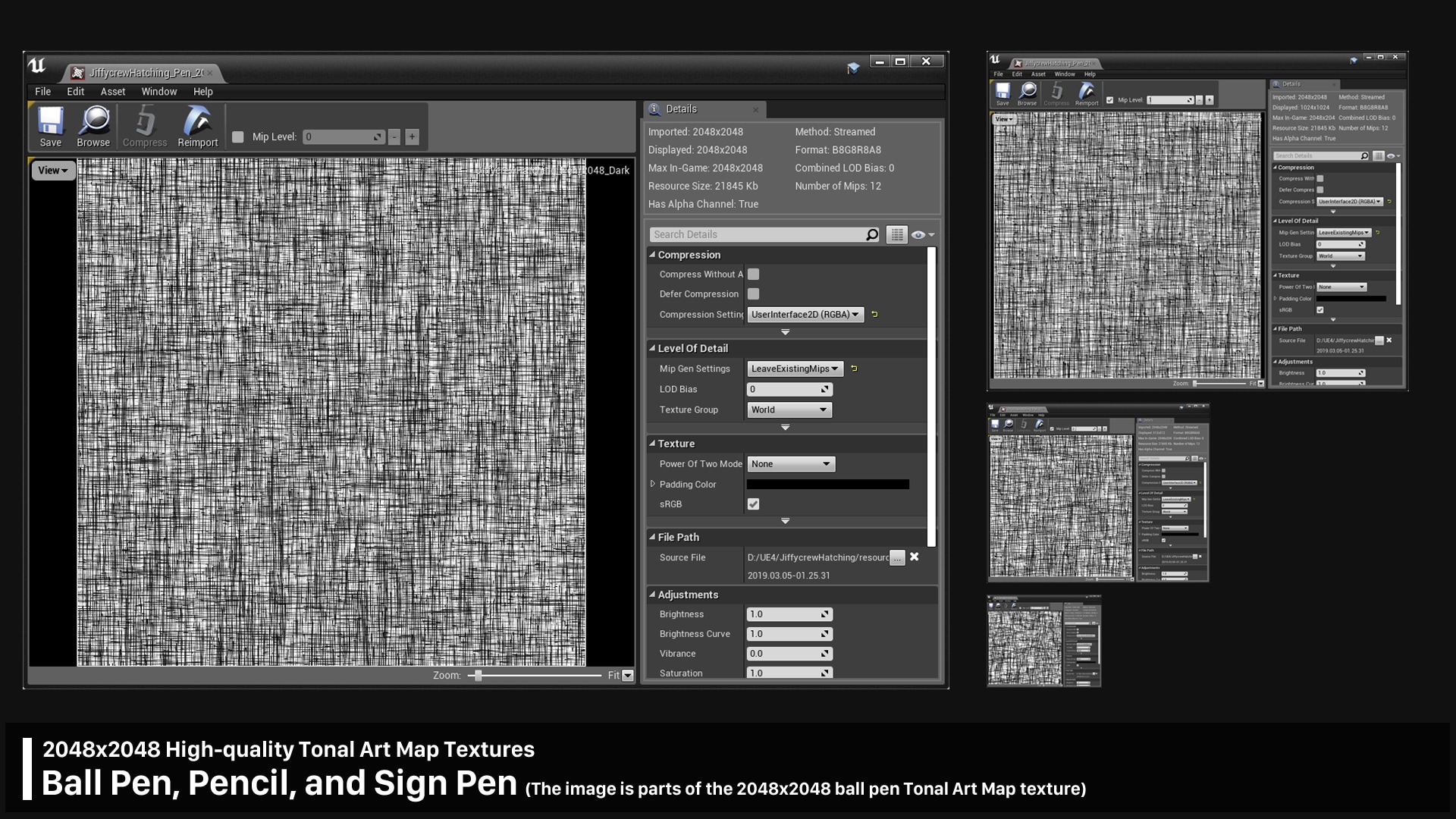 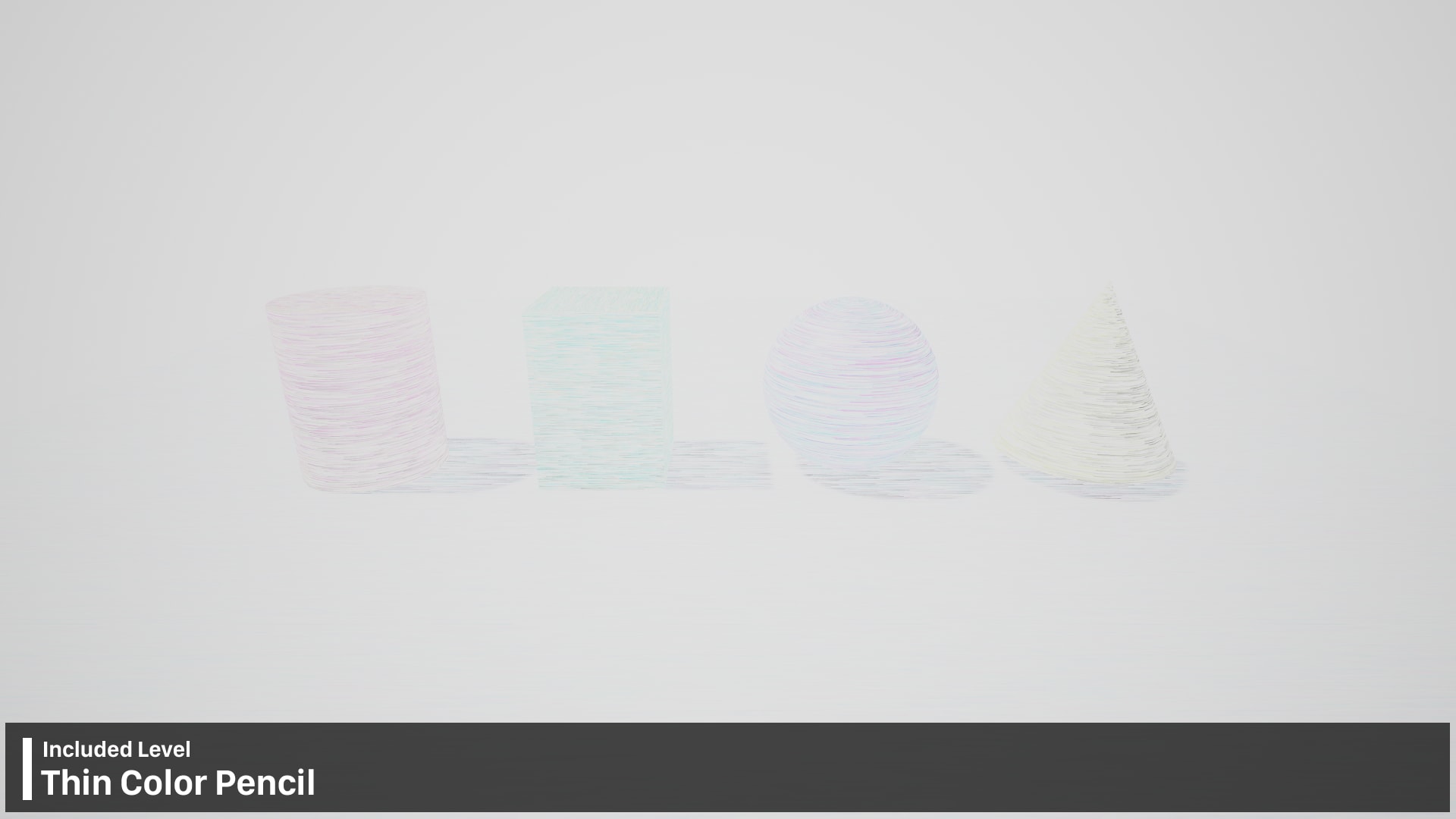 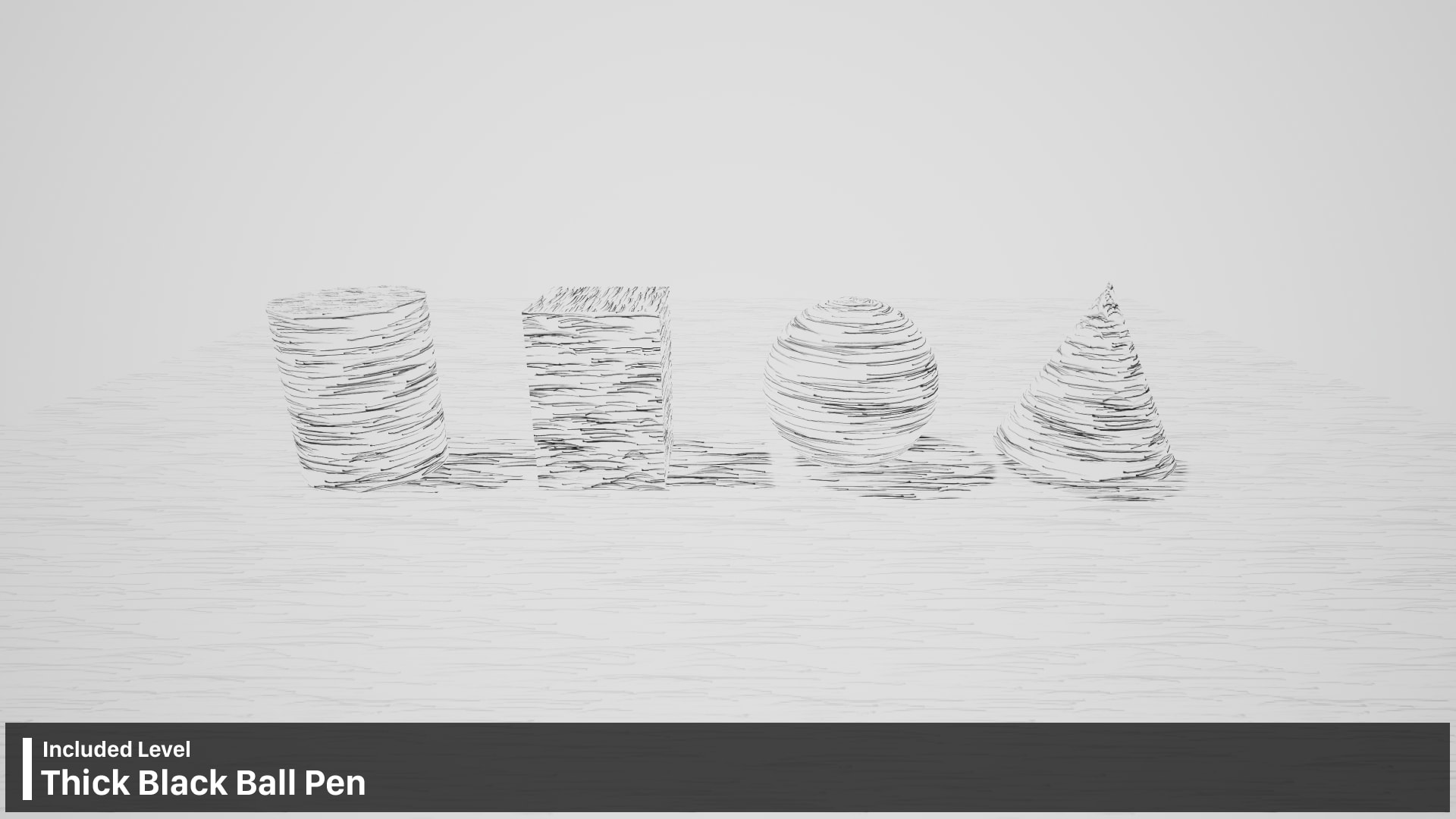 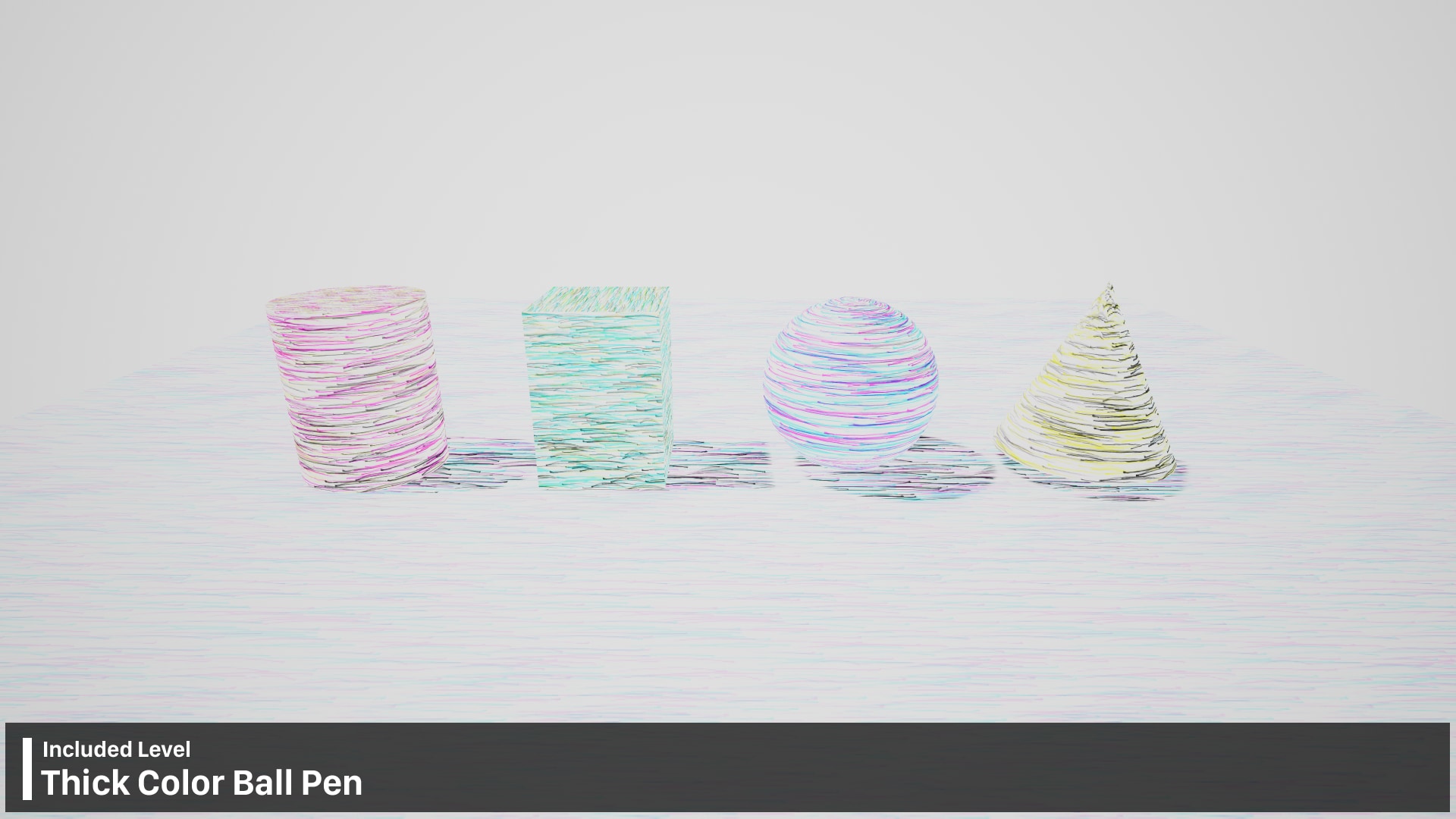 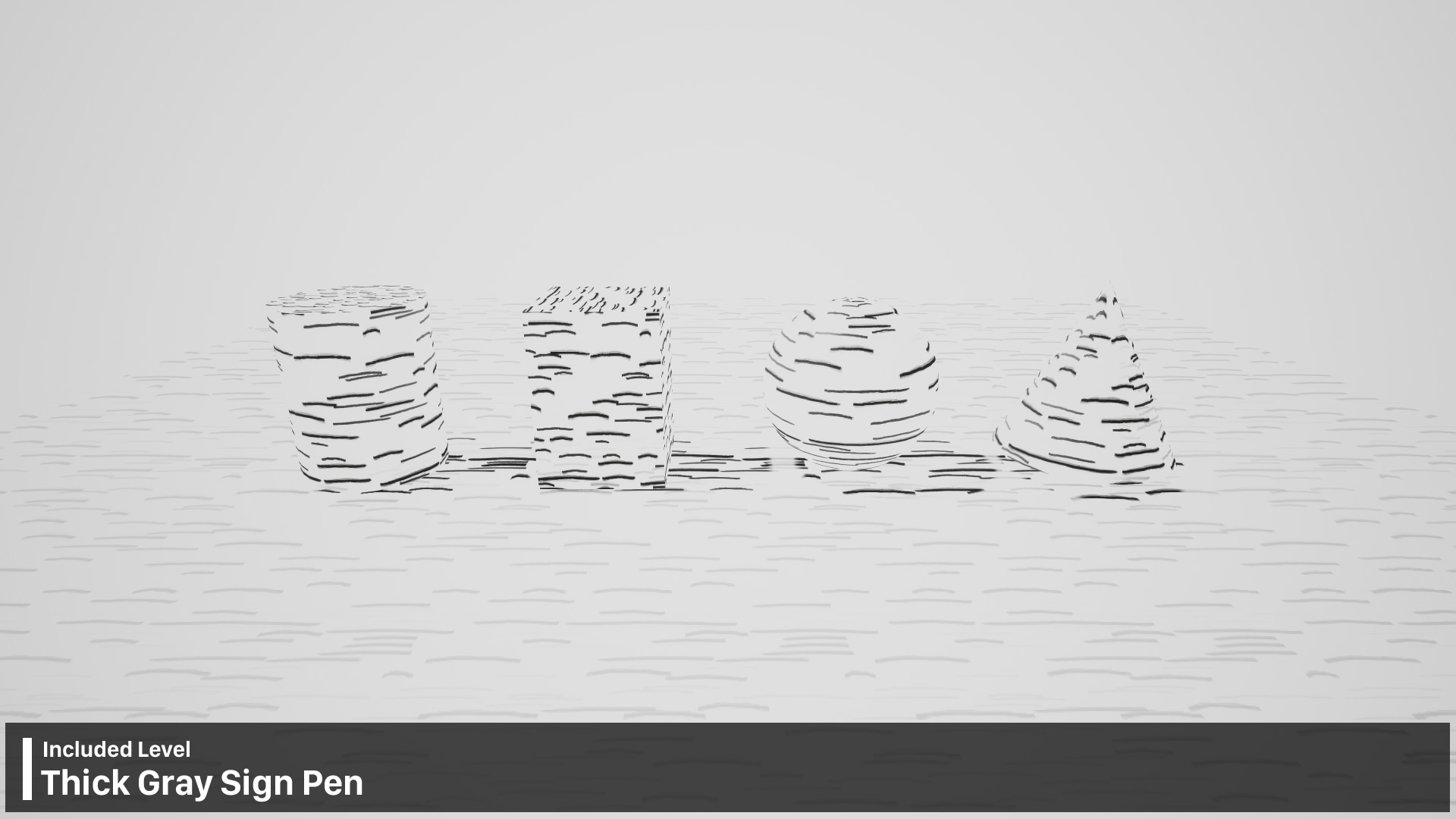 The new version will be released during August, 2021. We will keep this product in Unreal Marketplace until the new version is released.

Sales of this product will be discontinued from July 1, 2021, and the new version will be released through our website.

Strokes are created rather than scaled.

The key difference of this technique from ordinary stroke texture mapping is that it creates or removes strokes when depth changes. While the width of strokes are changed in ordinary stroke texture mapping, this technique creates strokes and preserves their width. This property makes the whole scene rendering as if the strokes are drawn in the 2D screen space like in hand-drawing on papers, no matter where the camera is.

The implementation of tonal-art-map-based hatching on UE4 is challenging because it requires multi-pass rendering which is not provided in UE4. We believe that no UE4 implementation has been available since UE4 was launched because of this reason, while we can find several Unity engine implementations.

To provide a unique and novel rendering style to UE4 game developers, Jiffycrew has researched possible solutions to overcome this limited condition more than 6 months. We believe that we finally found a reasonable solution and now release this product in the Unreal Marketplace.

Do Materials derive from a Master Material with instances as variation: No 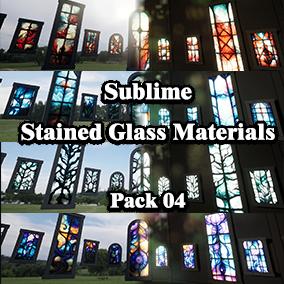 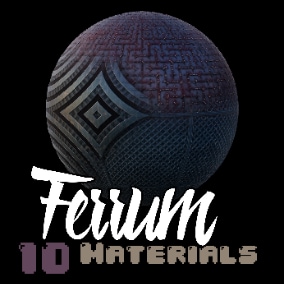 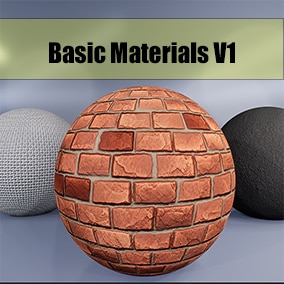 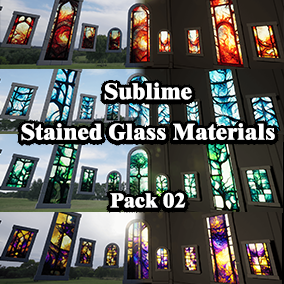 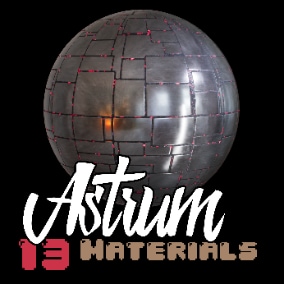