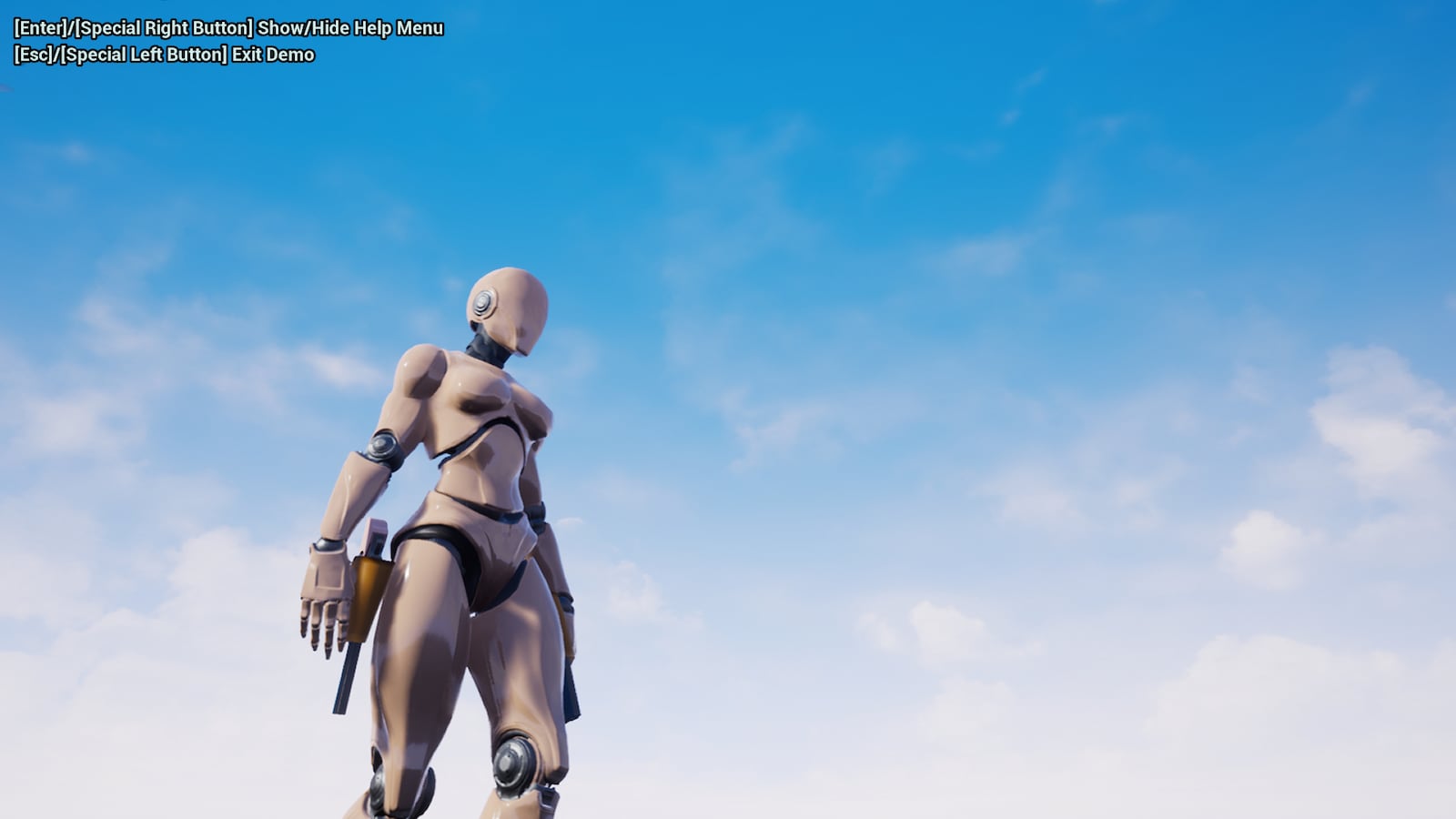 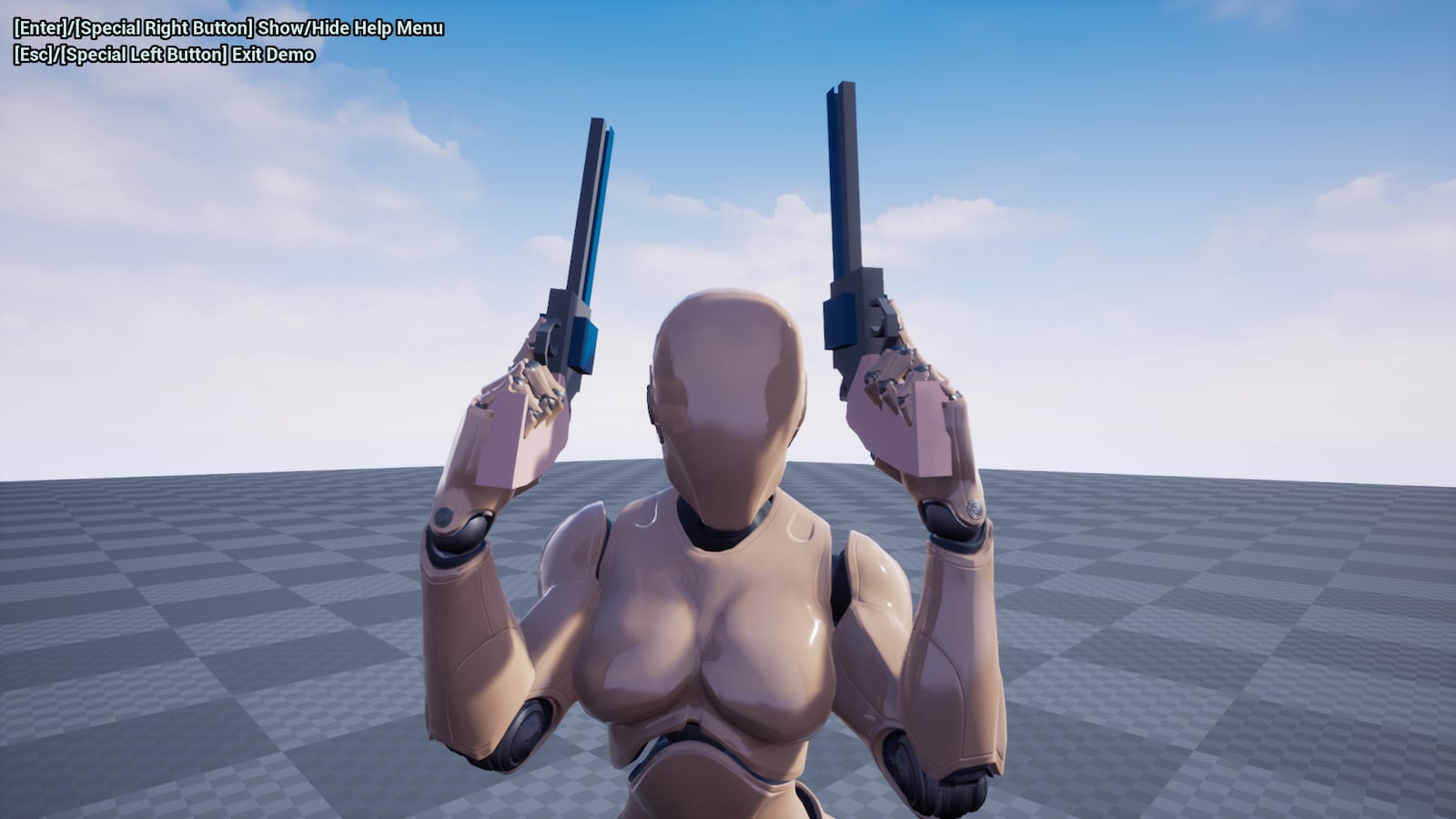 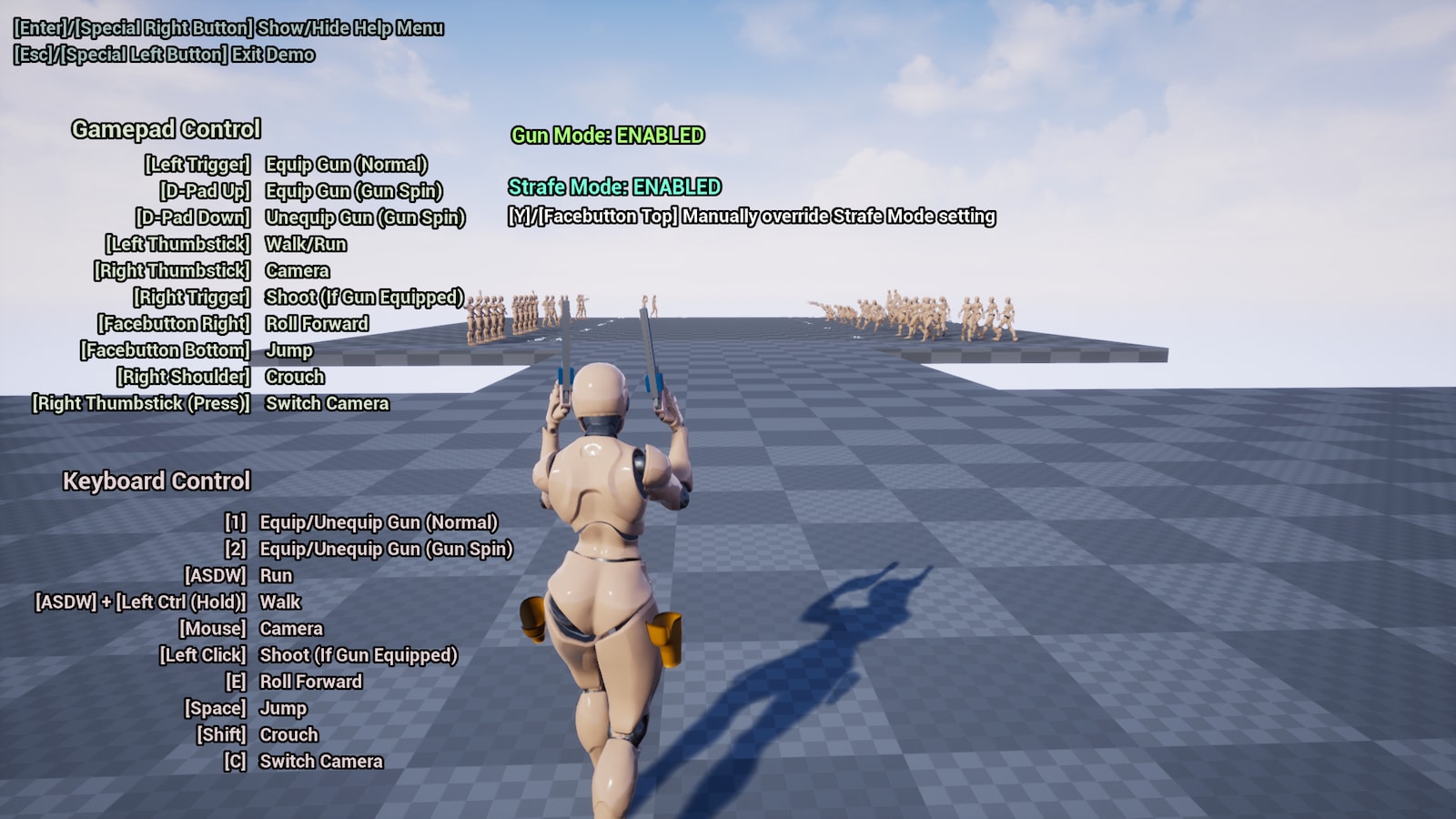 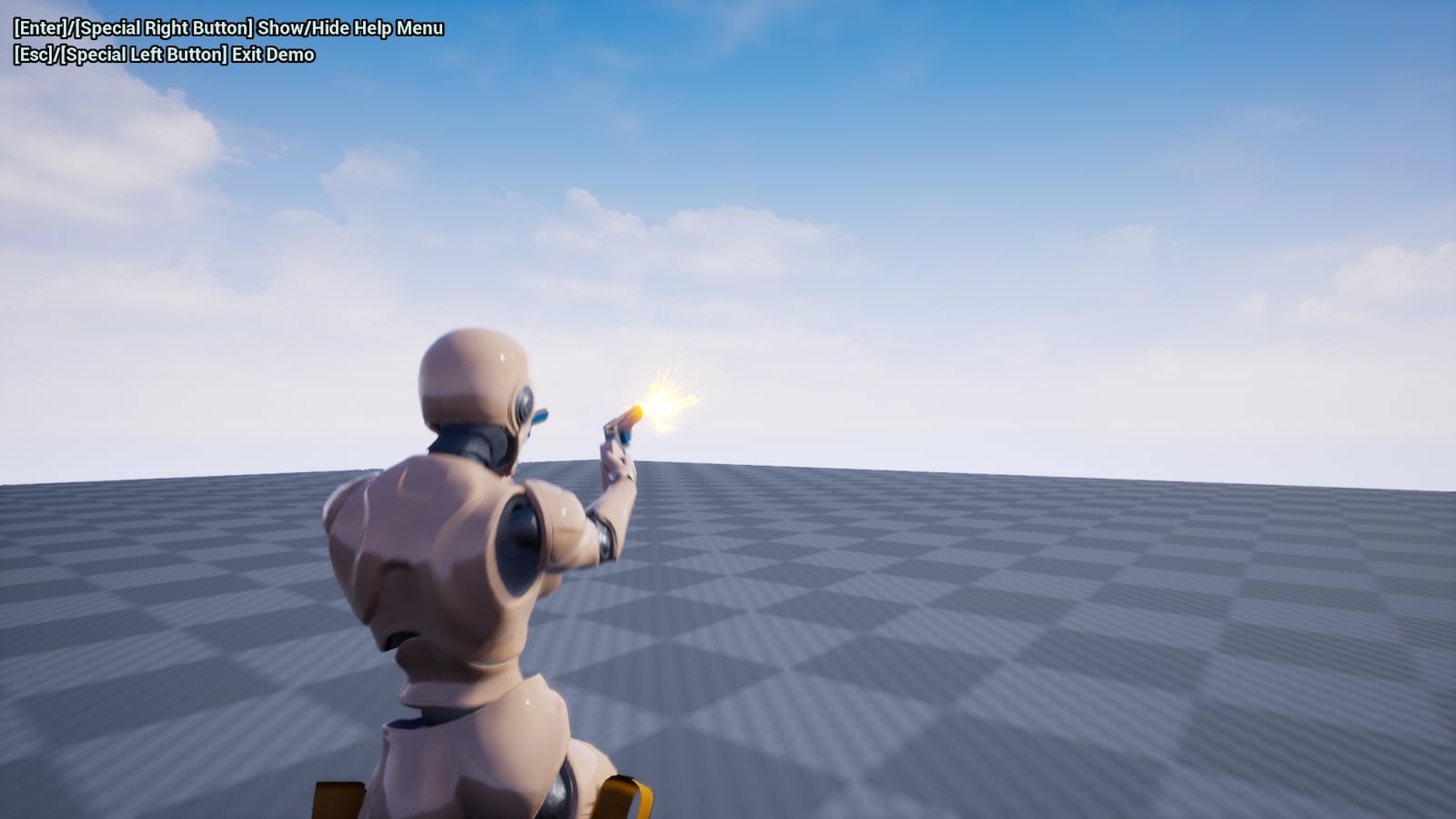 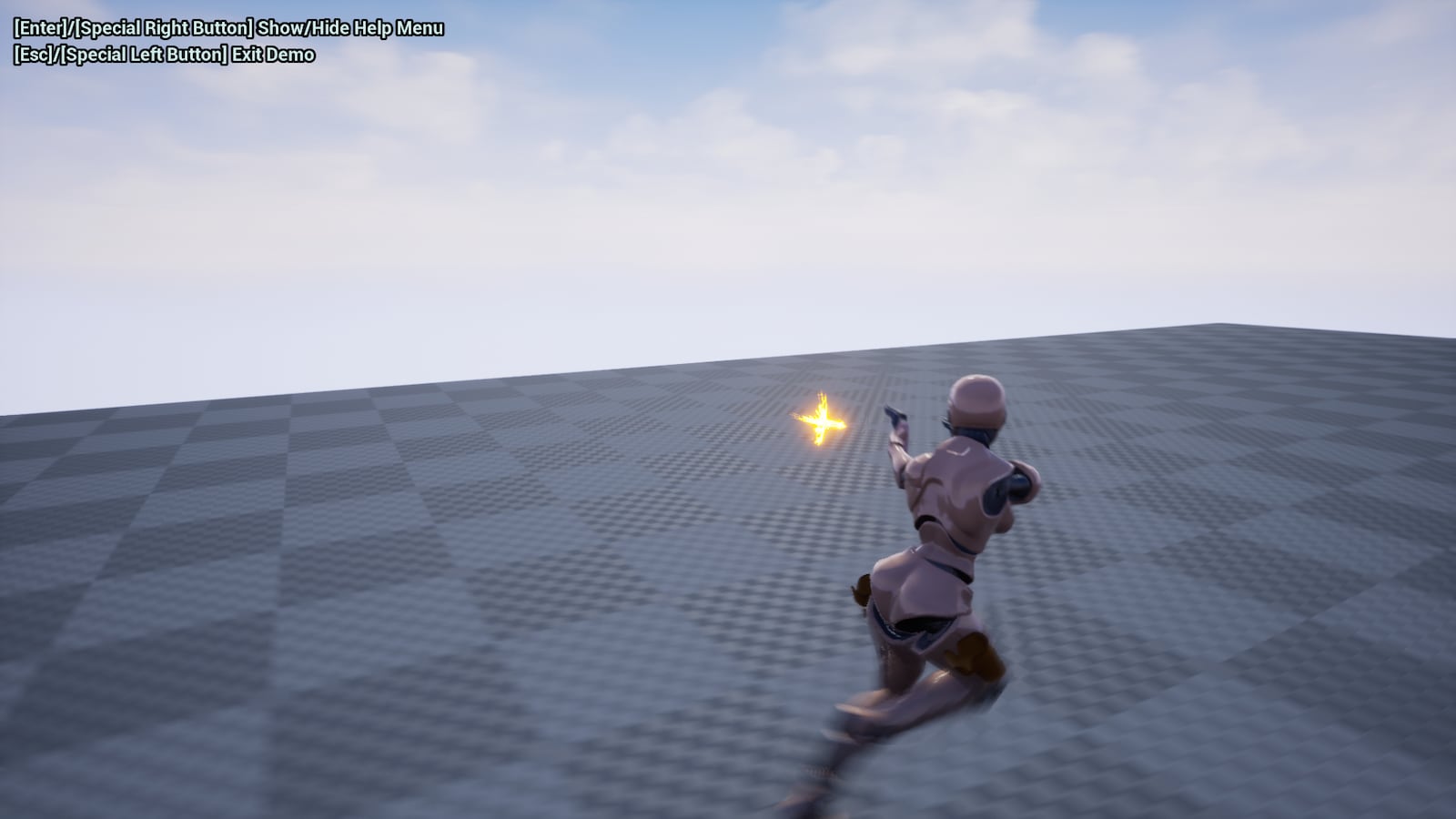 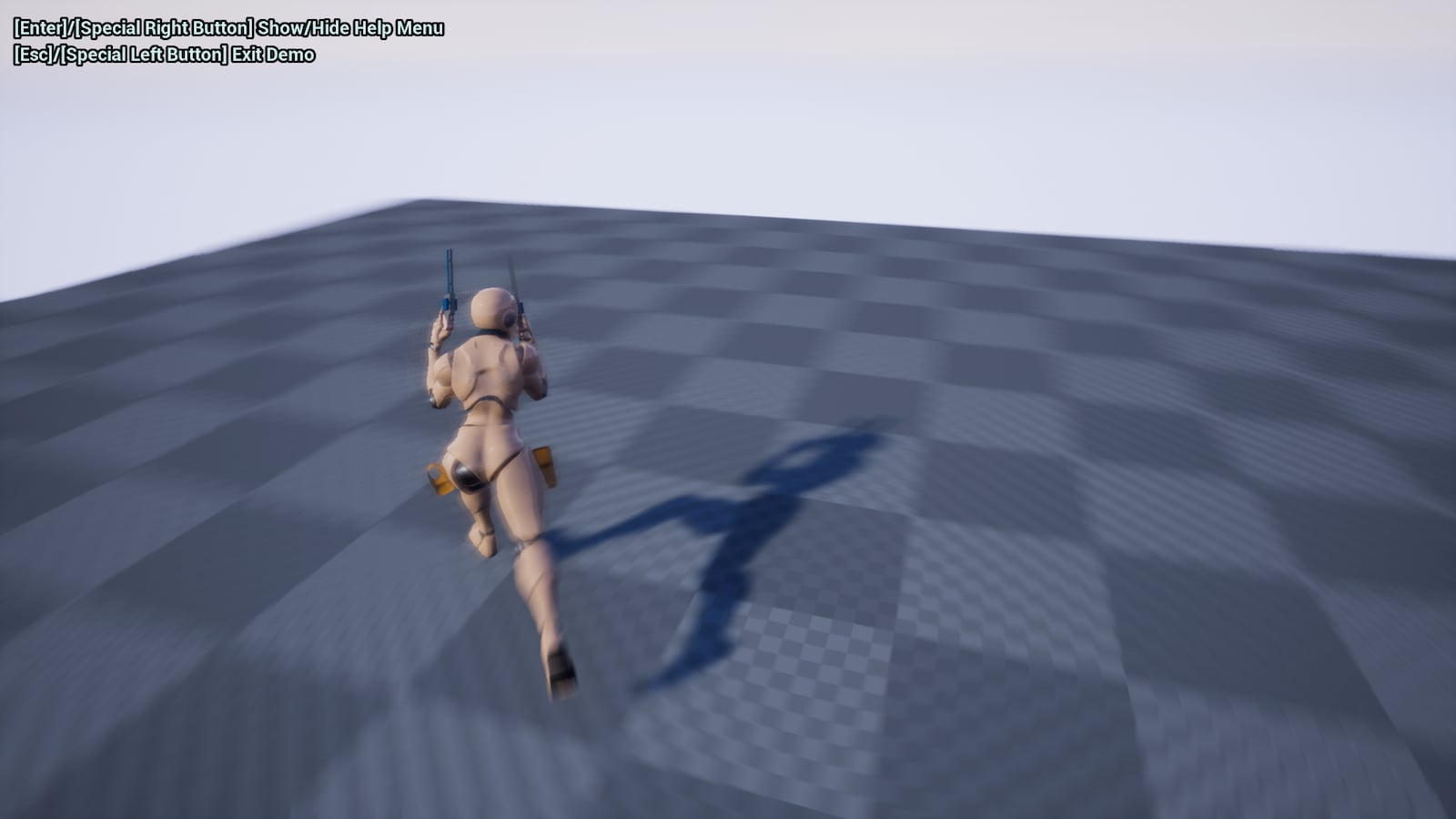 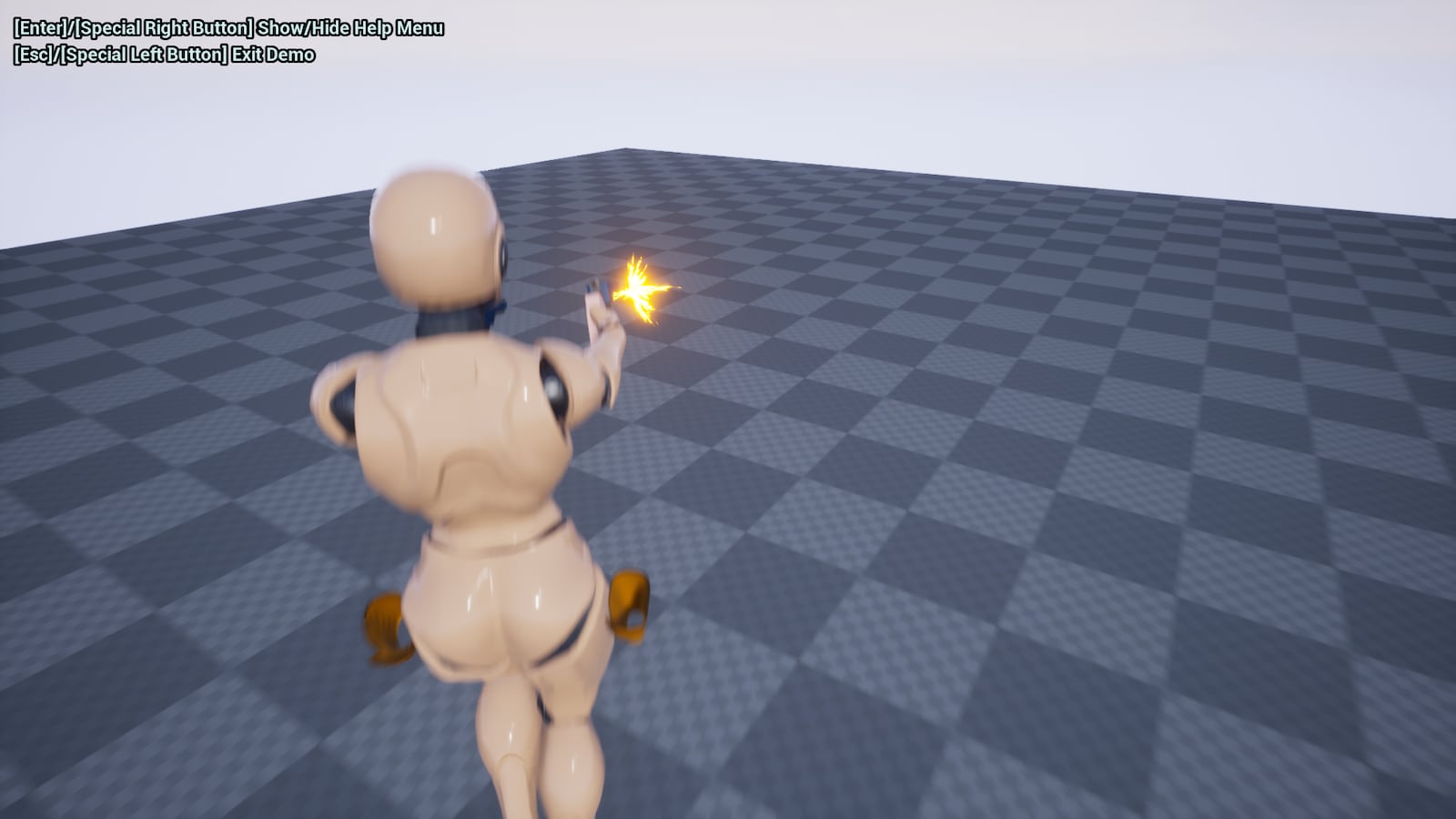 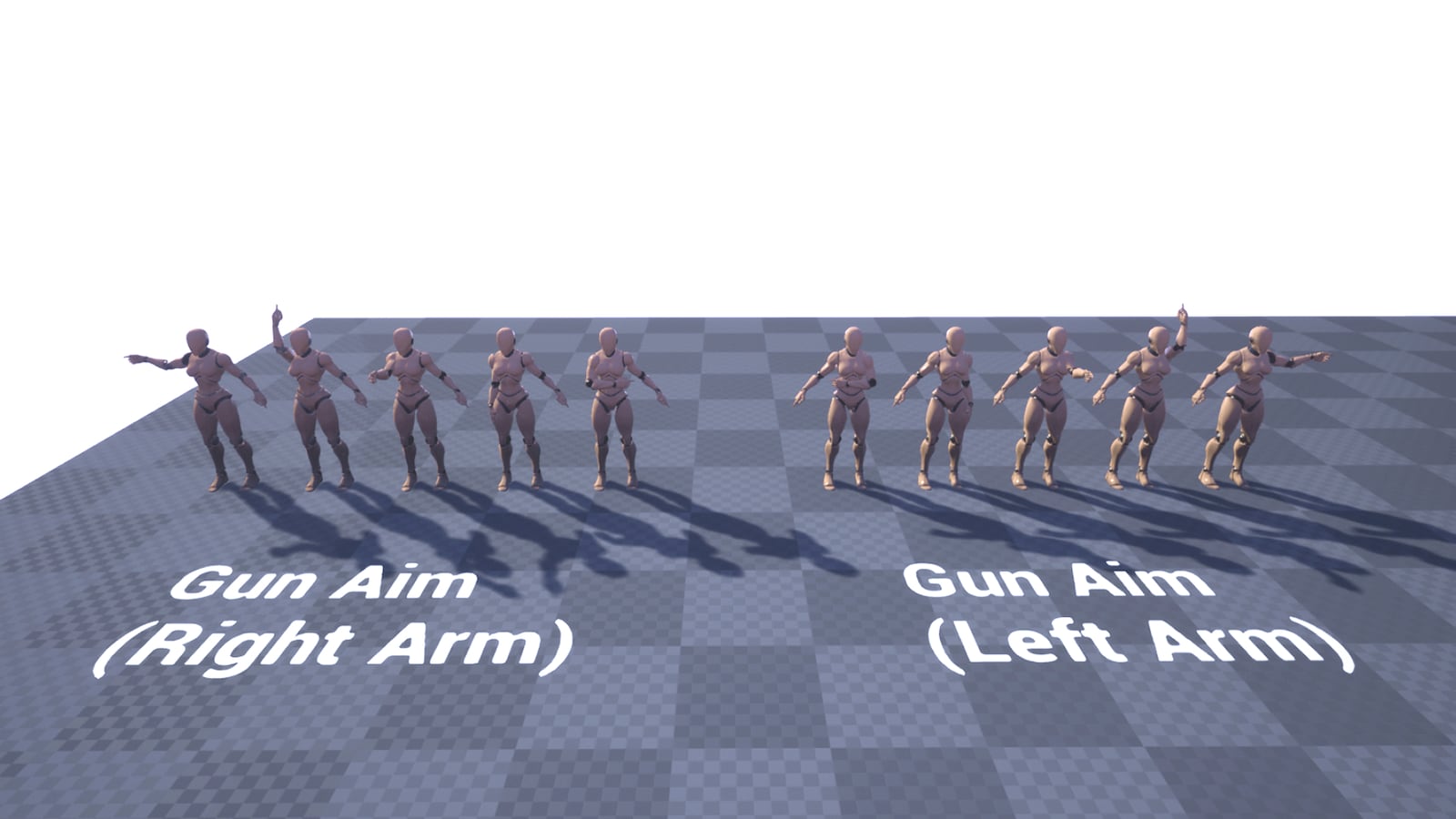 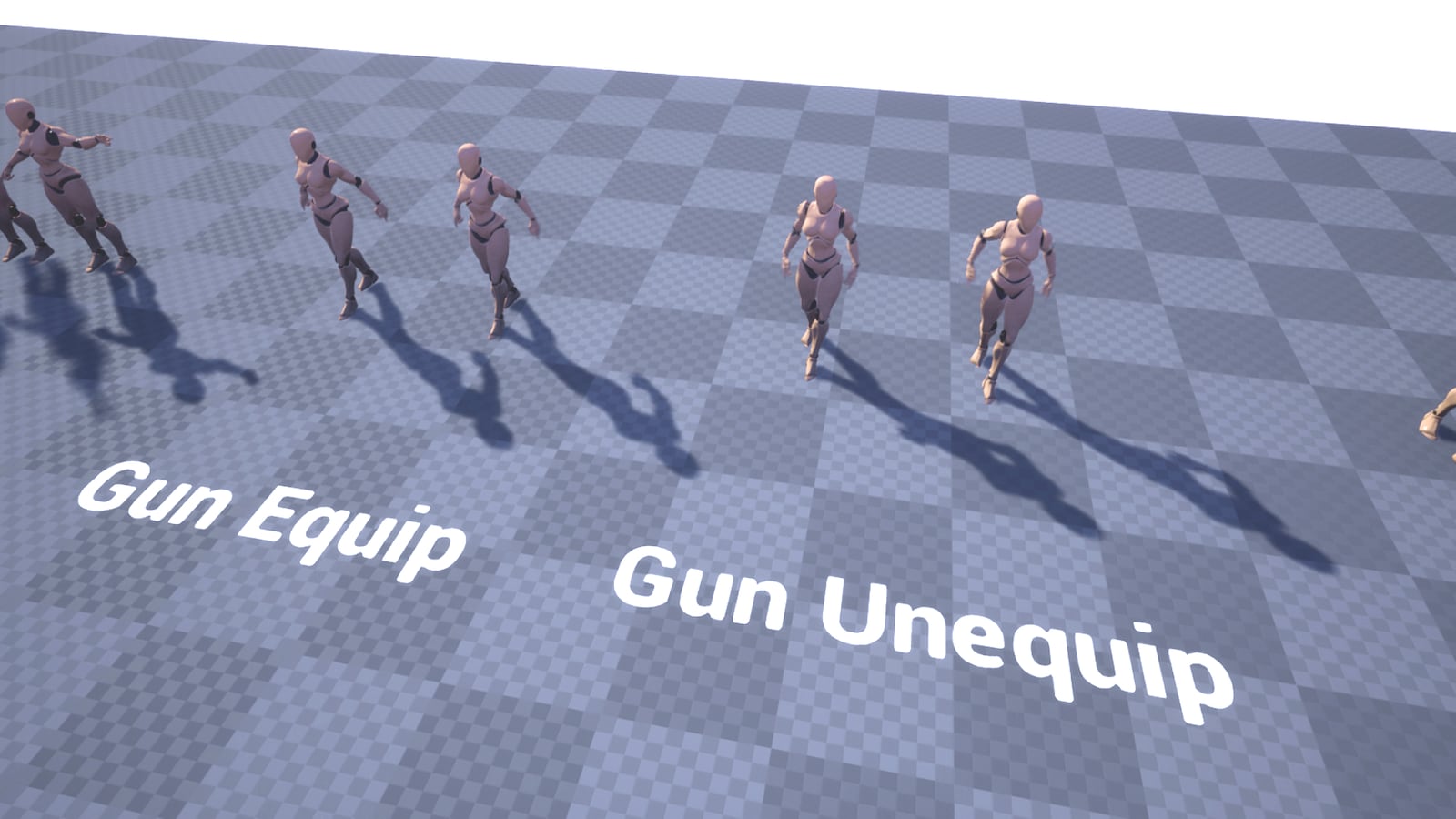 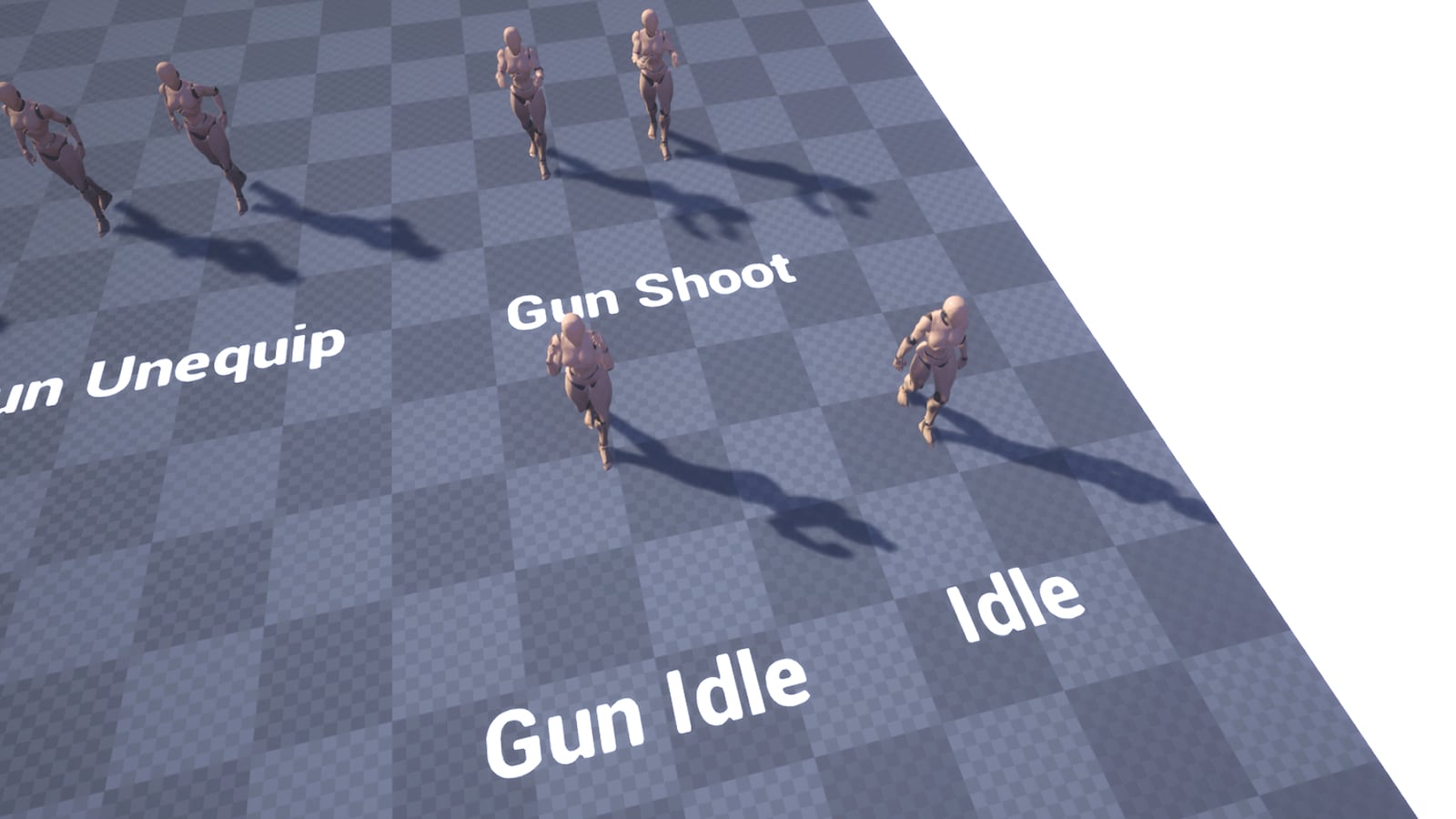 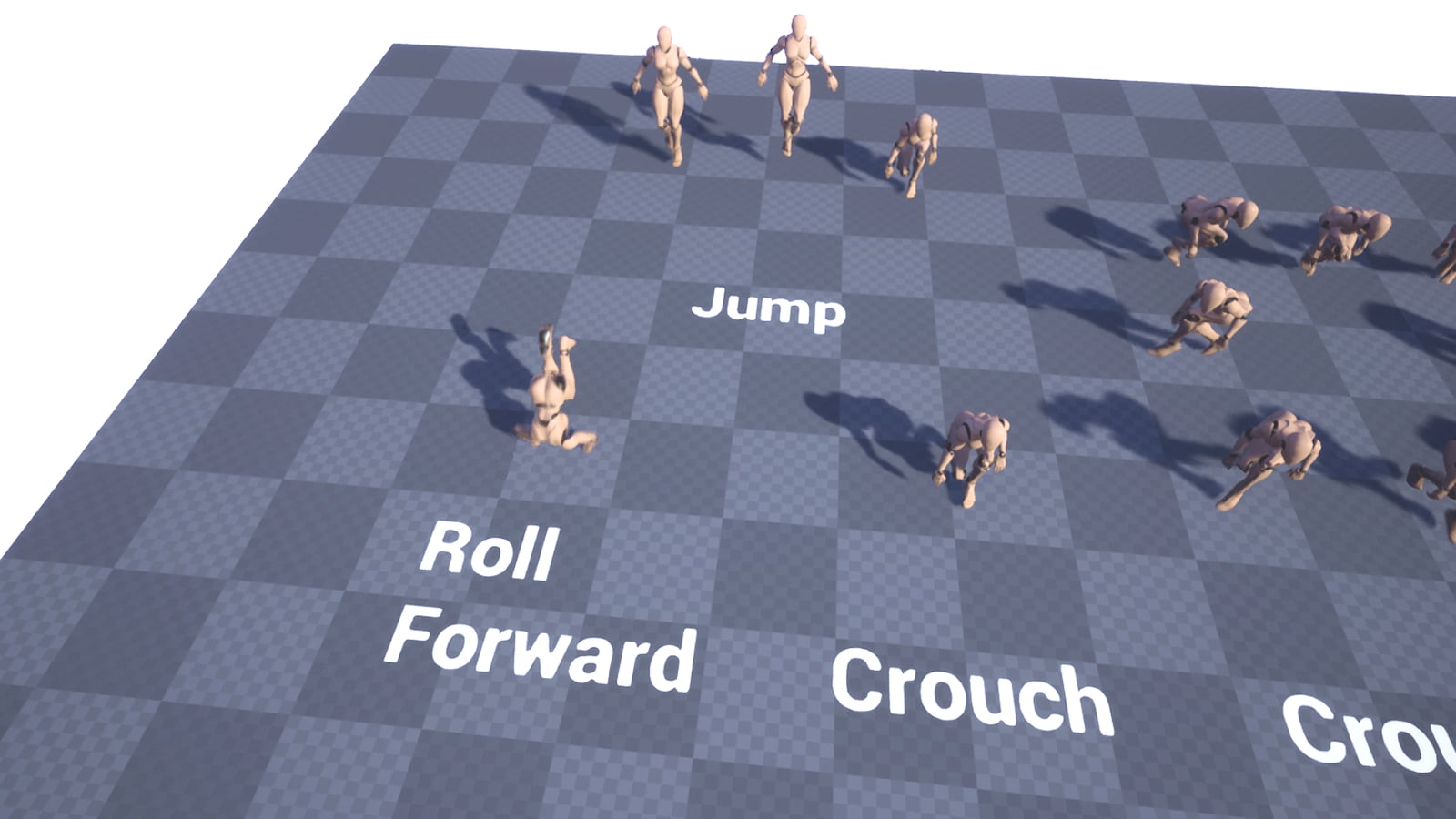 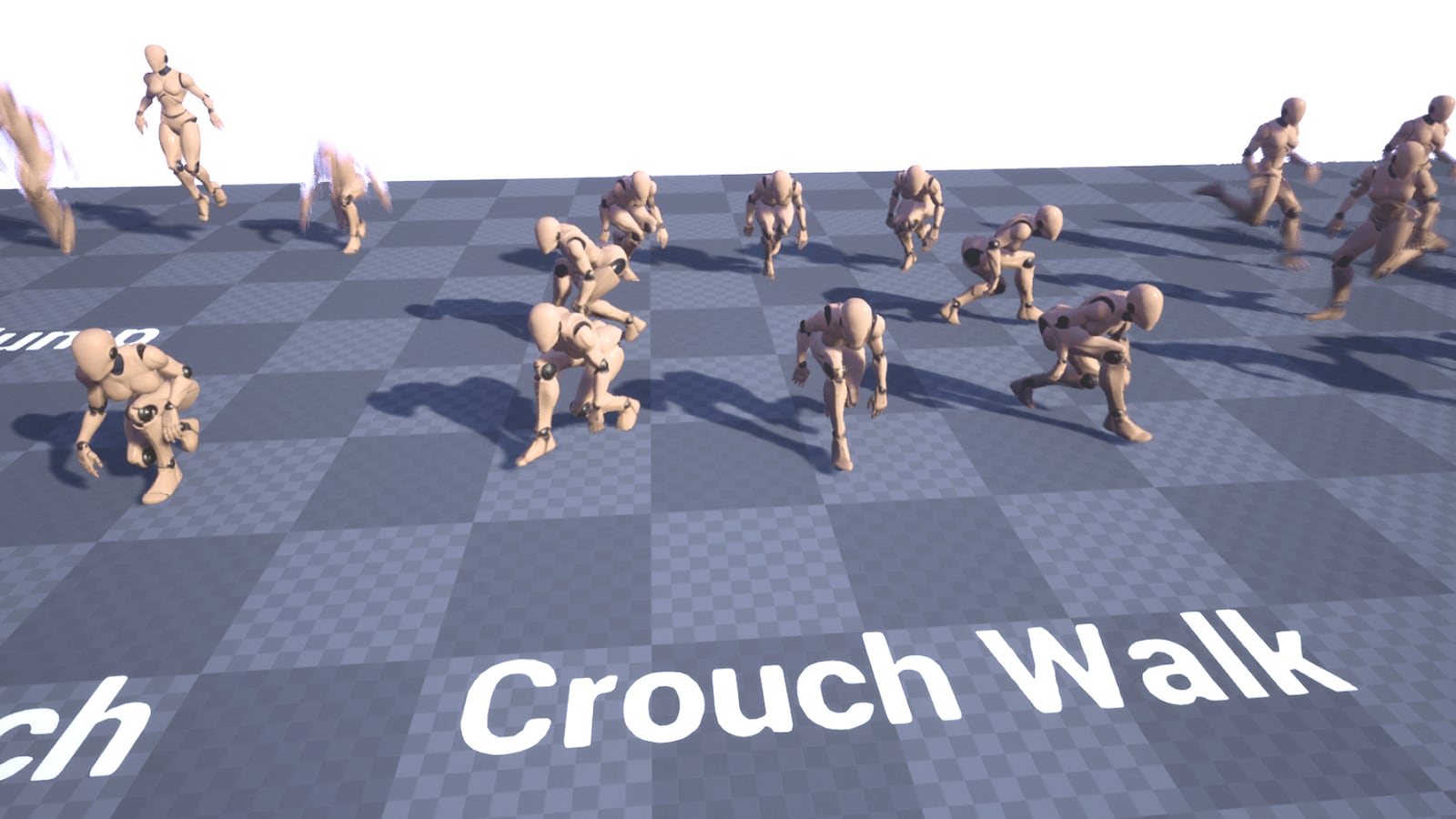 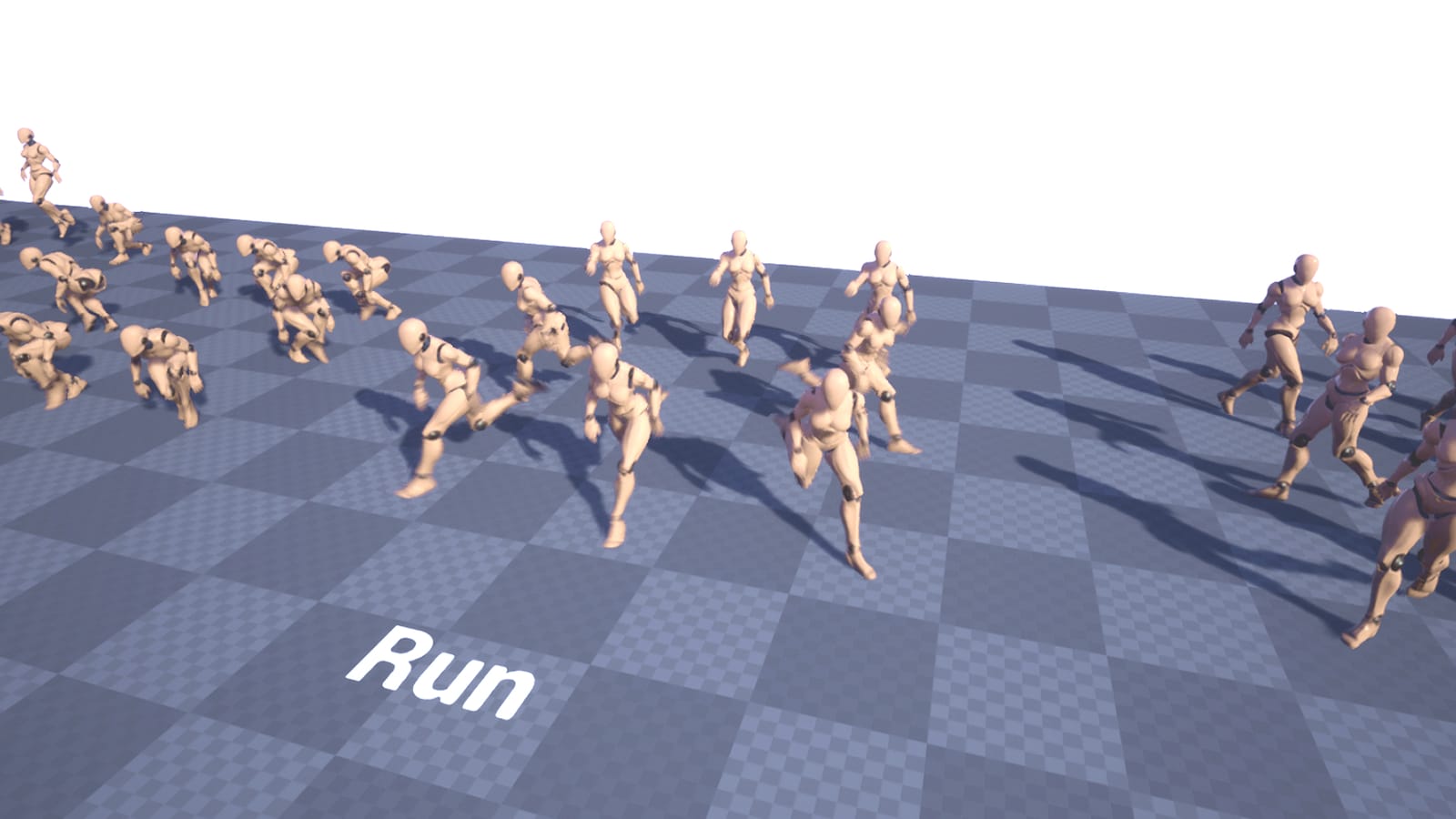 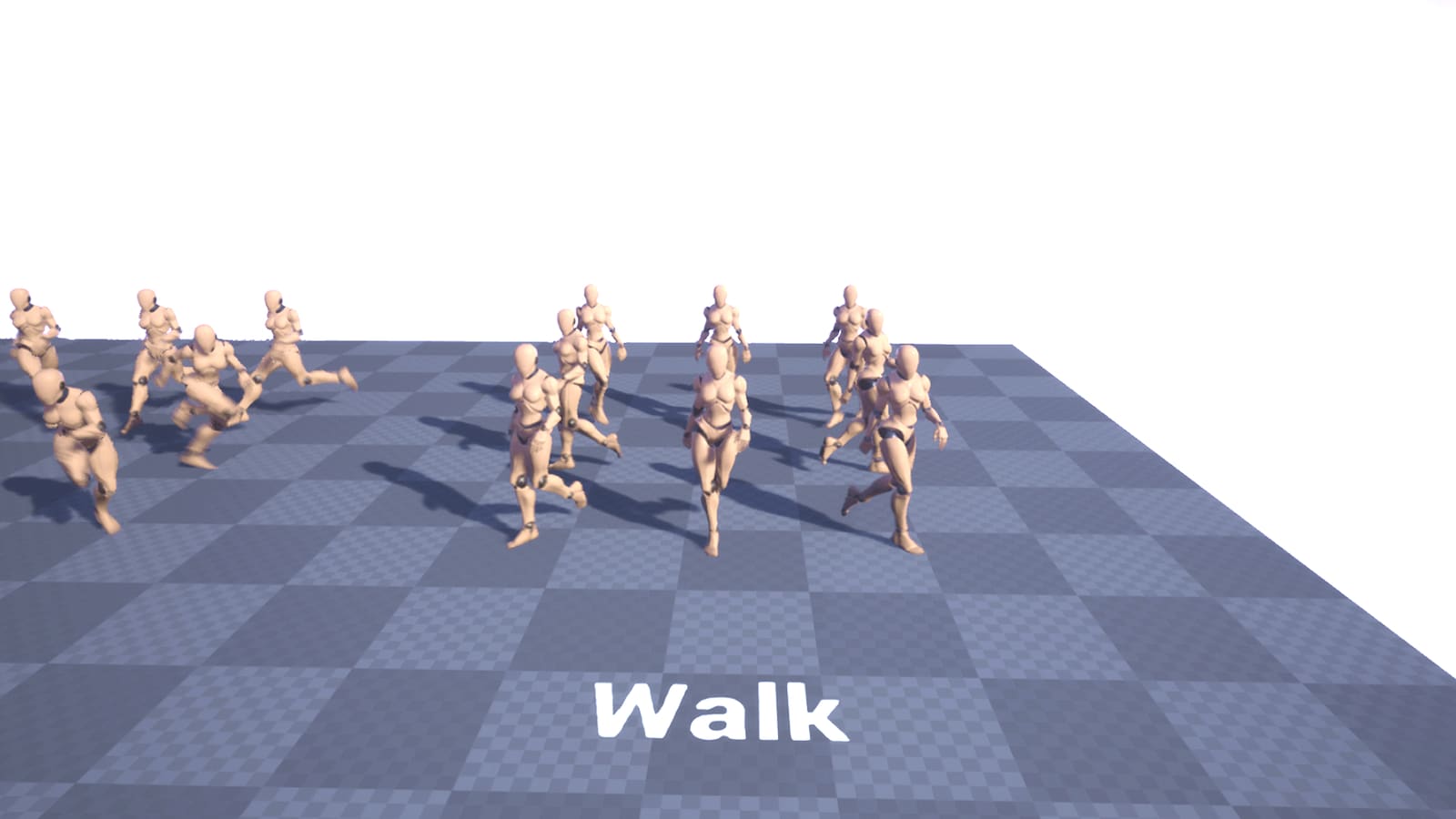 See Version History for details on what have changed since the last version.

Do note that the Multiplayer Replication included in Version 1.1.0 is an experimental feature.

It is not recommended to include the multiplayer functionalities of Version 1.1.0 into your project.

Further testing will be required before the replication can be assumed to work properly in a multiplayer setup.

Test, implement, and use this feature at your own discretion.

Works as a base to quickly assemble your game character and speed up your development workflow.

Gamepad and keyboard/mouse inputs have already been setup for the character.

The following actions can be immediately performed without further adjustment to the Blueprints:

The provided Animation Blueprint can be retargeted to your preferred skeletal mesh as is.

Each of the animations can also be substituted with equivalent ones (as long as you know how to edit a blendspace and the nodes inside an animation blueprint).

Feel free to try out the demo to get a feel on how the character plays.

(For those who have purchased the product, open Content/FemaleShooter/Map/Map02 to play the Demo Map)

Note: This product does not include any Projectile/Bullet collision system.

Rigged to Epic skeleton: Yes, rigged to a slightly scaled version of the Epic Skeleton, adjusted to provide a more feminine proportion

Mac: No (Untested on Mac)

Documentation: To be added.

Feel free to send an email to zennodez@gmail.com if you need further info, help, or support related to this product.

Make sure to add [Female Shooter] on the email subject so that it can be processed accordingly. 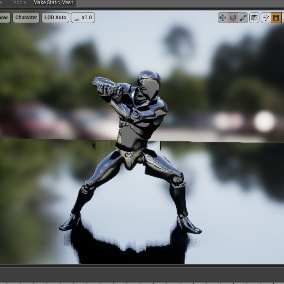 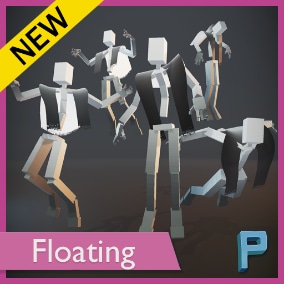 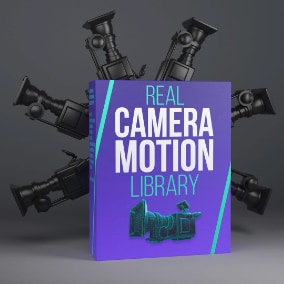 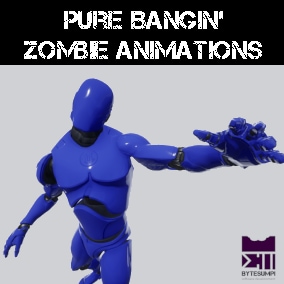