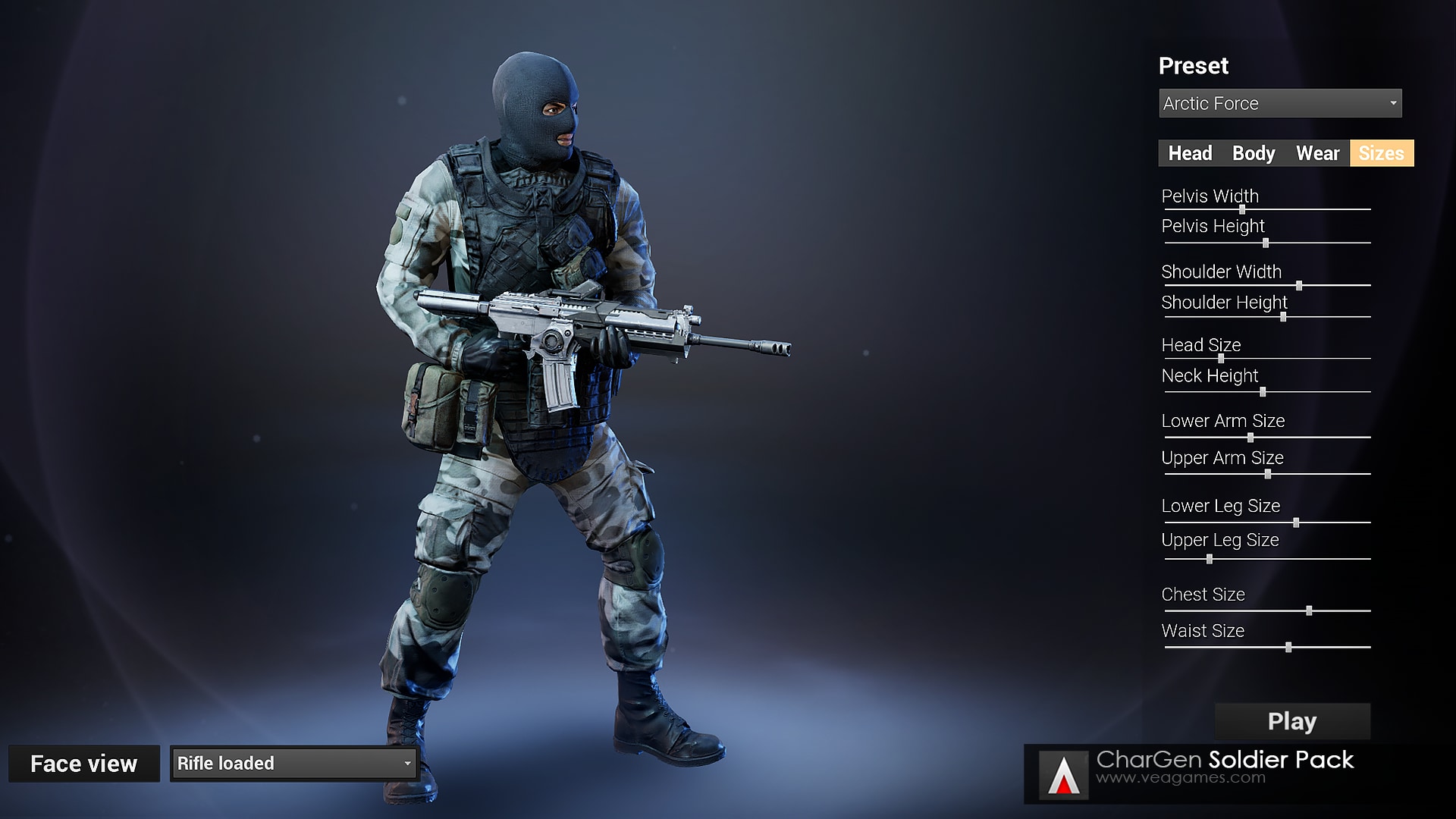 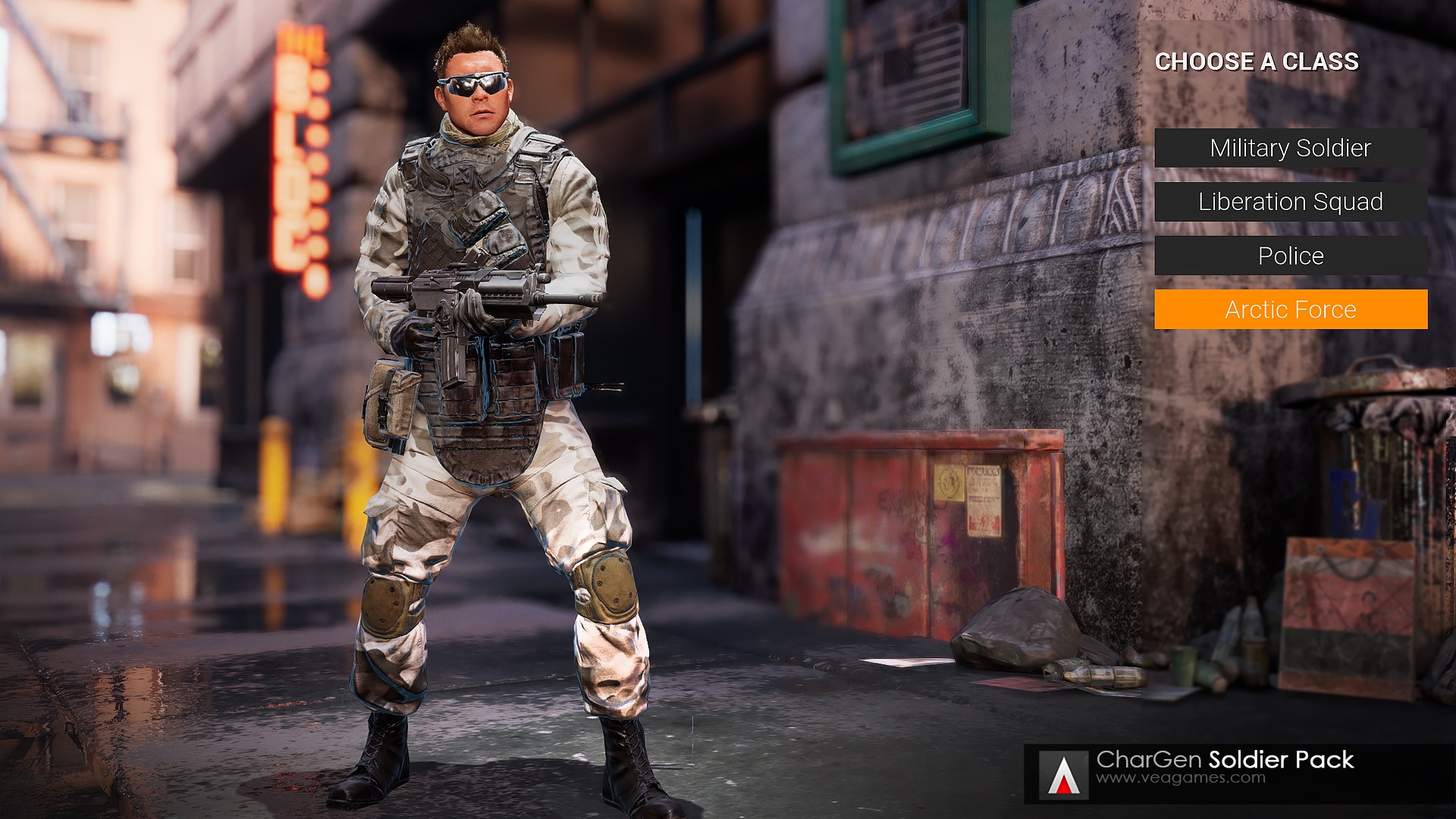 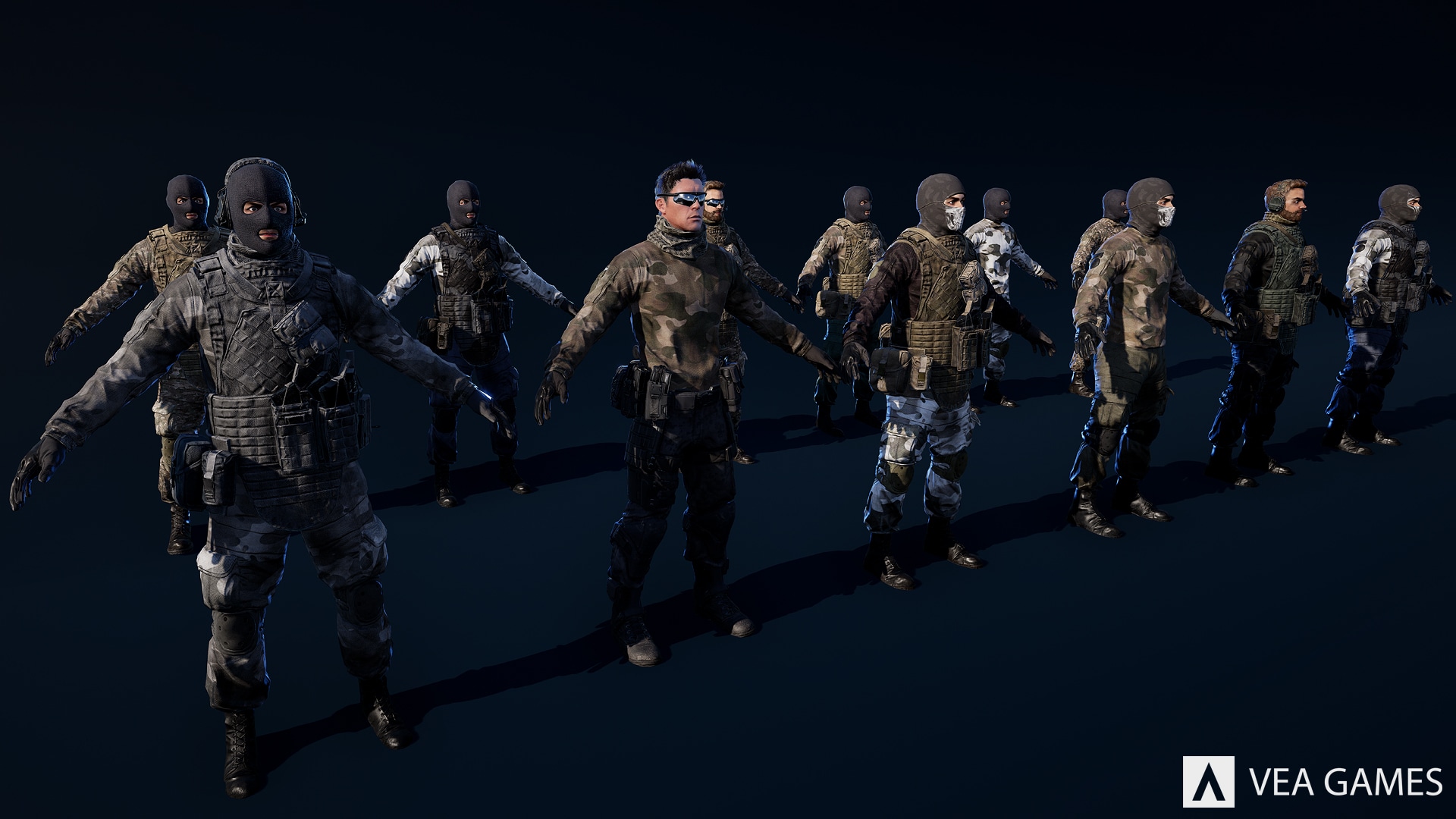 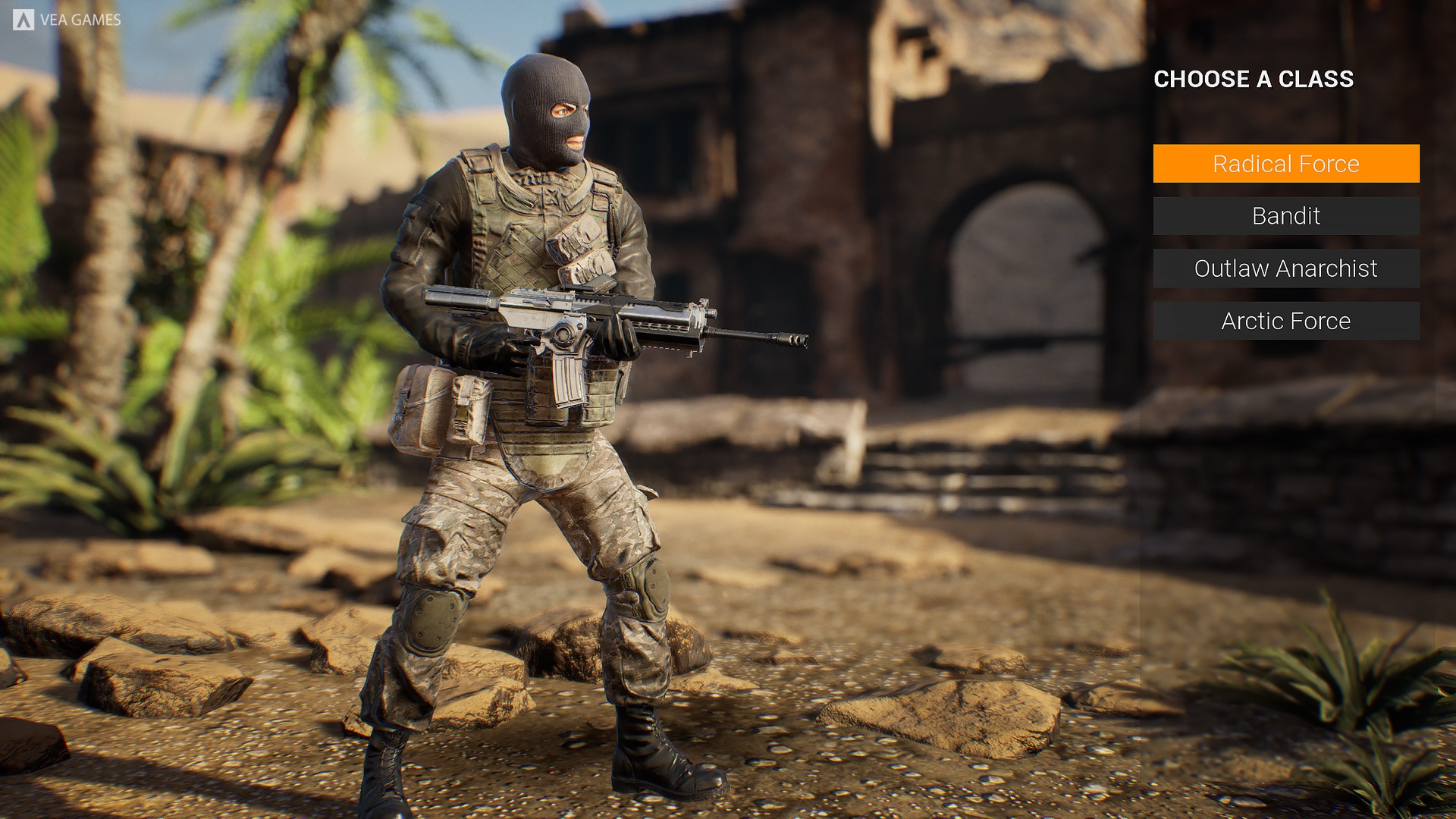 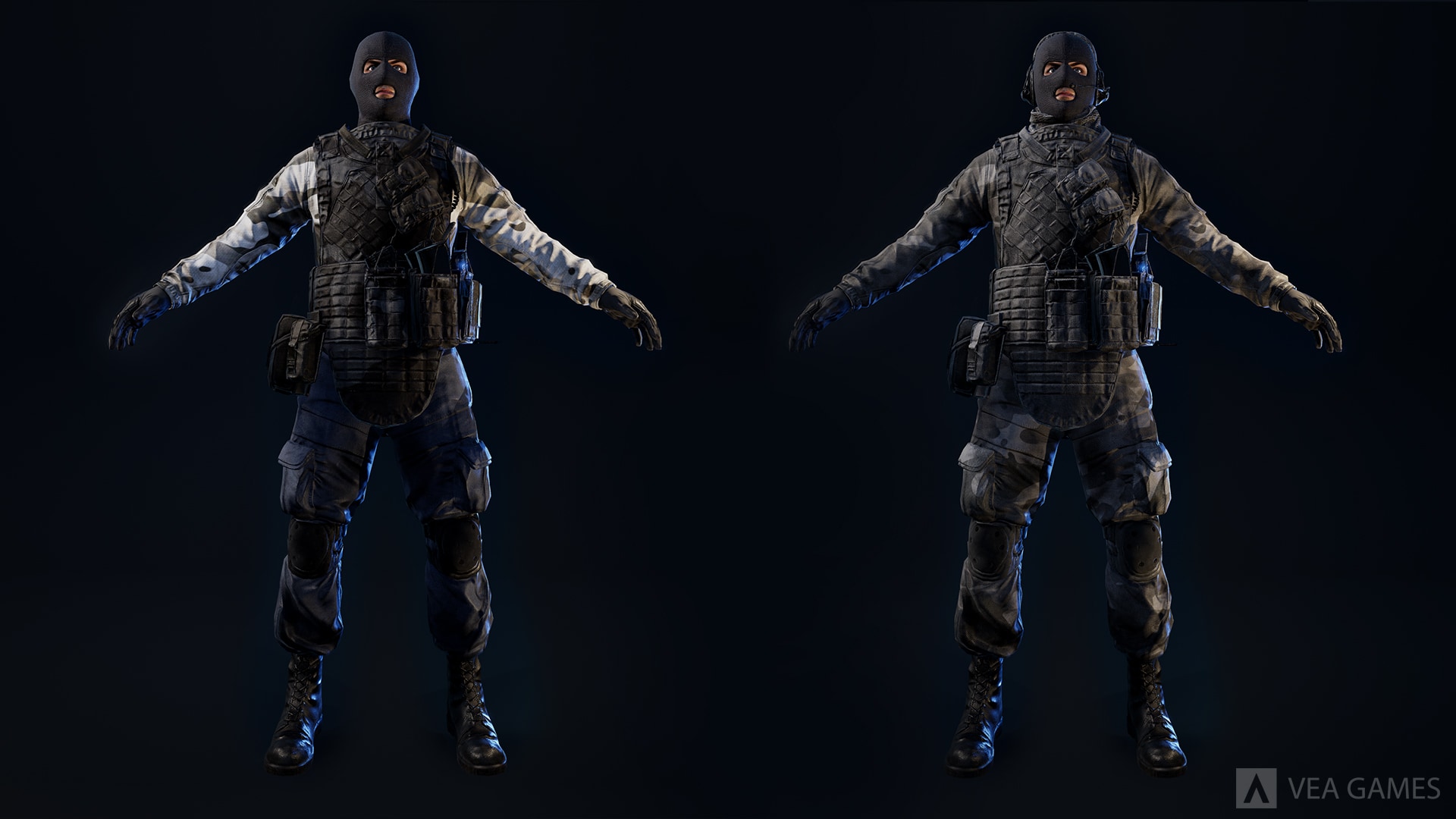 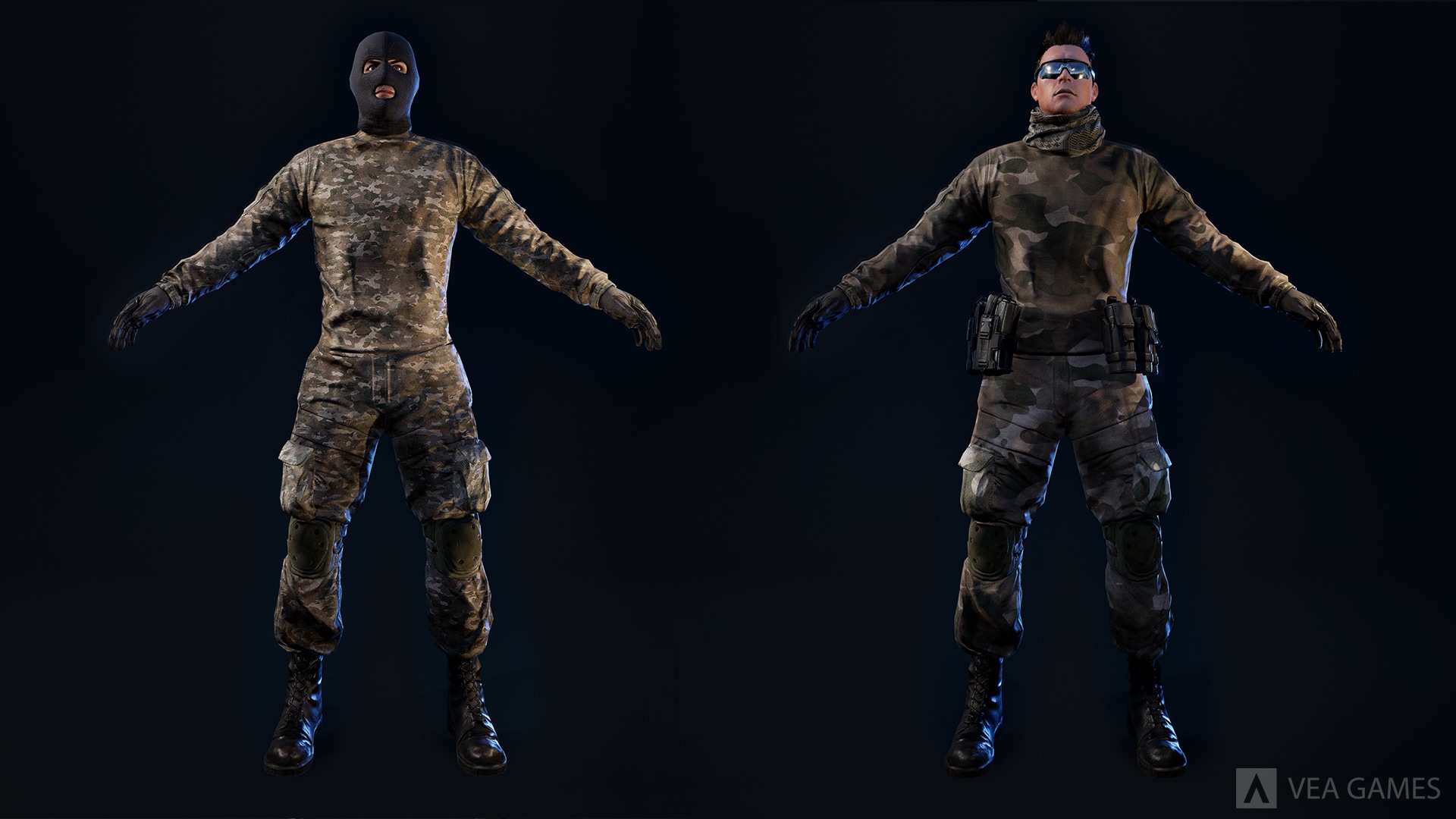 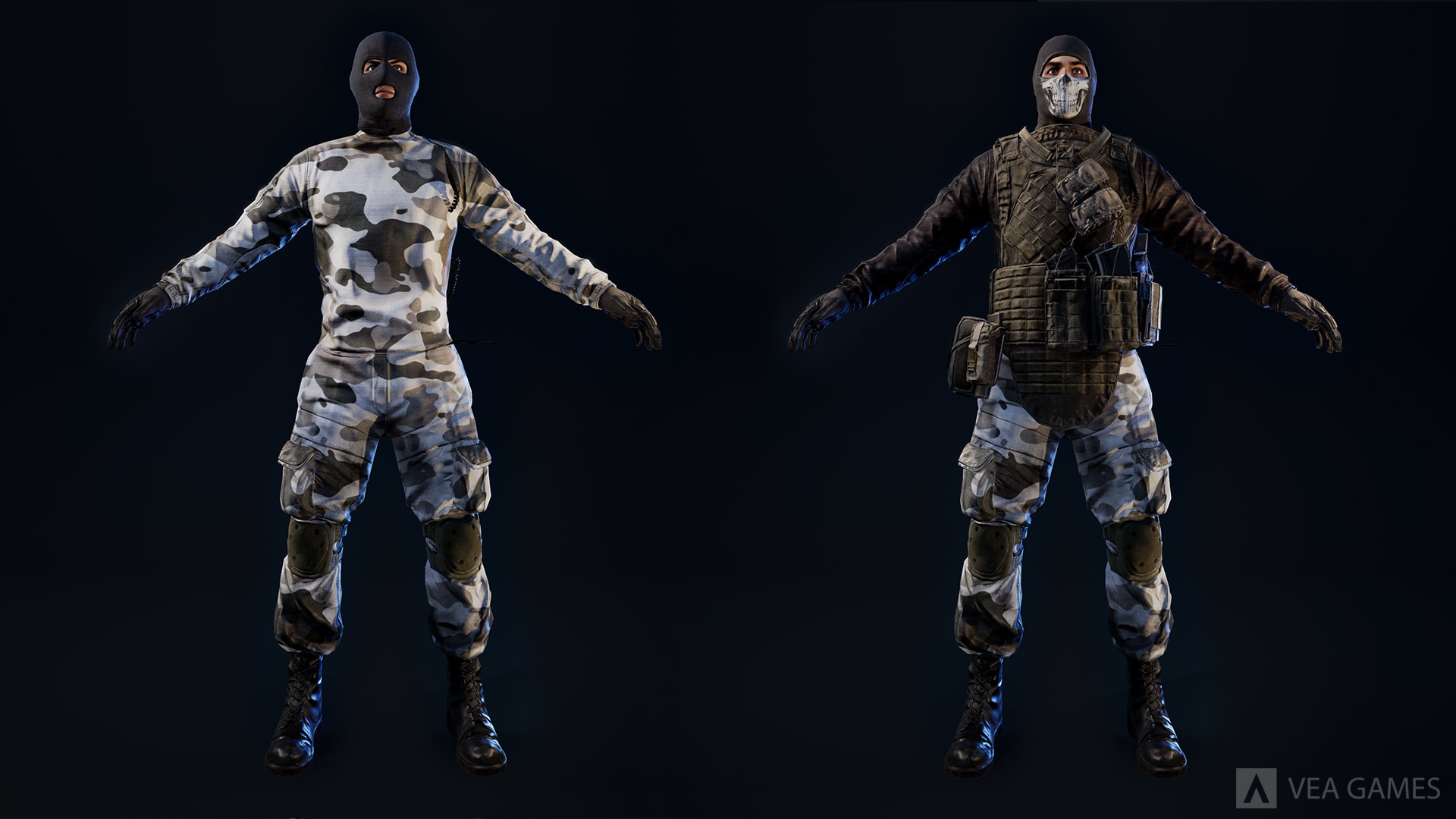 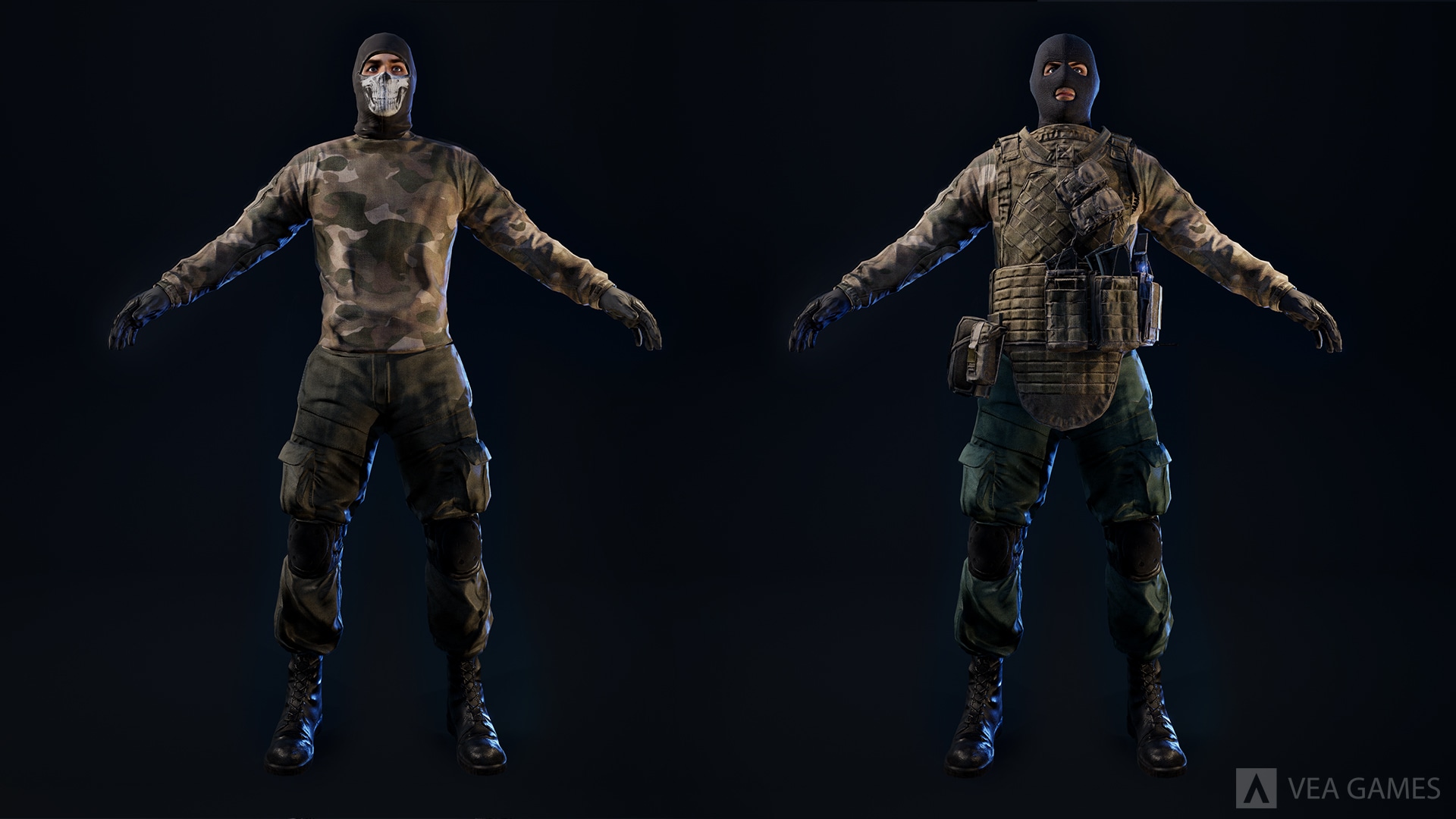 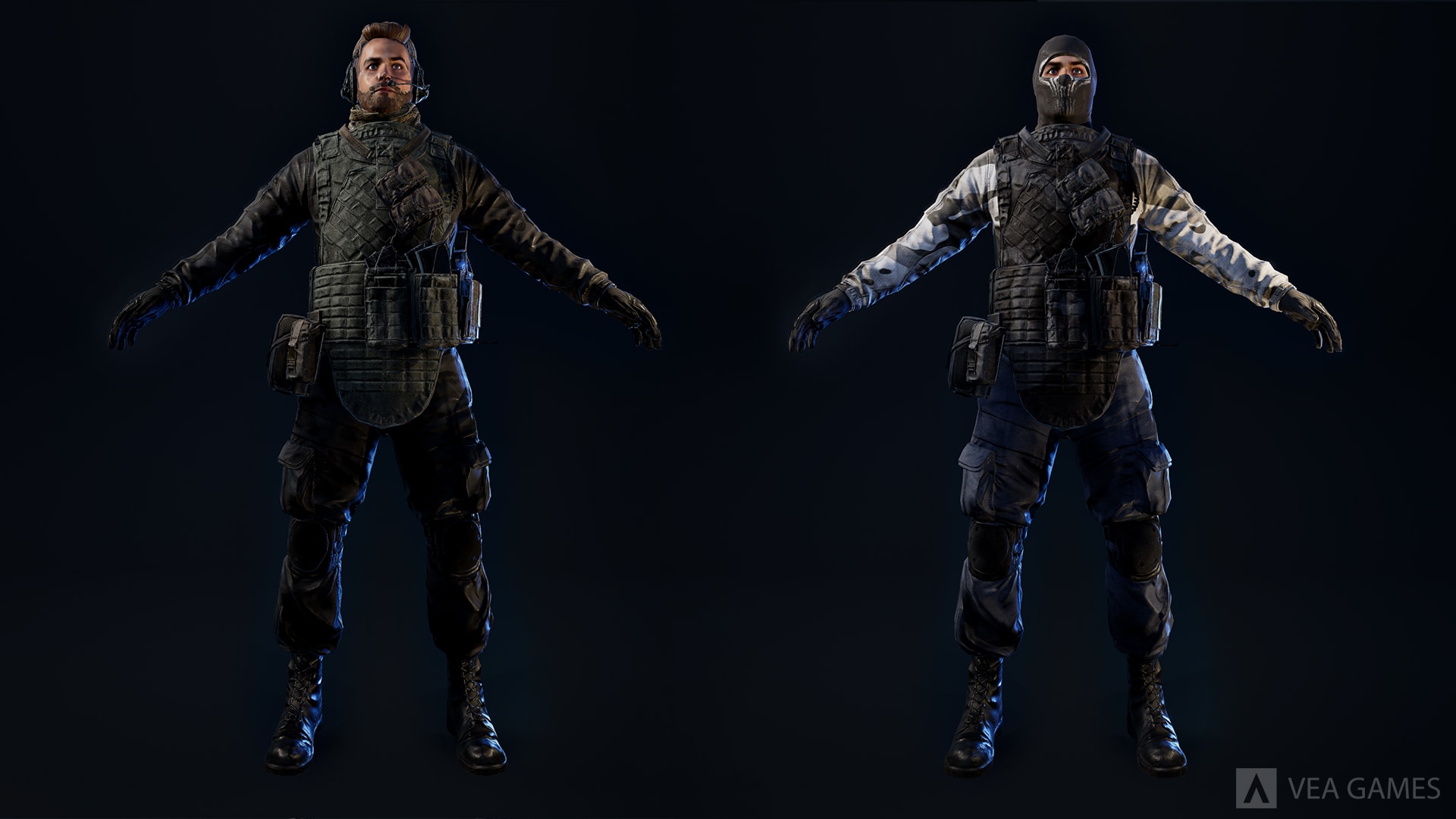 The pack contains CharGen Modular Character System and Triple-A Terrorists models pack. It allows for a fast and easy creation of modular characters from ANY meshes that are rigged to the Epic Skeleton.

CharGen uses a Full Body Morph system. You will be able to set up any complexion for your characters WITHOUT Morph-Targets. The pack includes the most popular Interfaces and in-game user cases for game developing. Use

CharGen system is compatible with any modular and single characters from UE4 Marketplace rigged to UE4 Skeleton. You will be able to add\remove character parts and wear, accessorize, hats and more. Also, you will be able to set up the Hue, Saturation, and Material for any character element. The color picker and Hue picker widgets are included. Configuration for in-game units (NPC's, enemies, and other) is pretty simple.

CharGen has a Presets system, which allows you to make menu presets for different classes or characters. The system is based on a content-pack system so, it's really easy to add\remove character packs for your game. 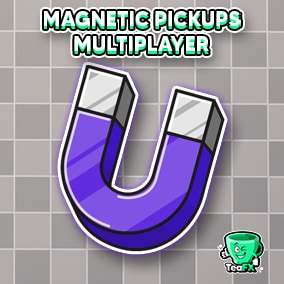 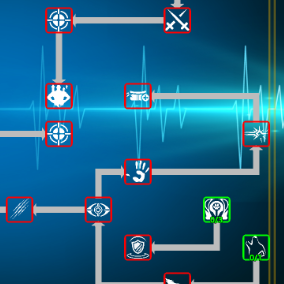 Talent By The Original Island
RanDream
New!
Not Yet Rated
$29.99 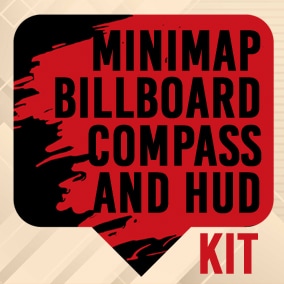 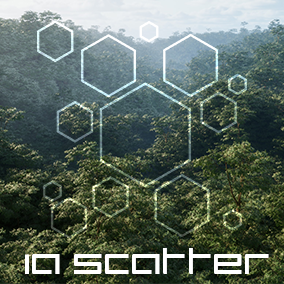 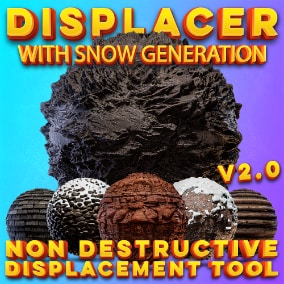