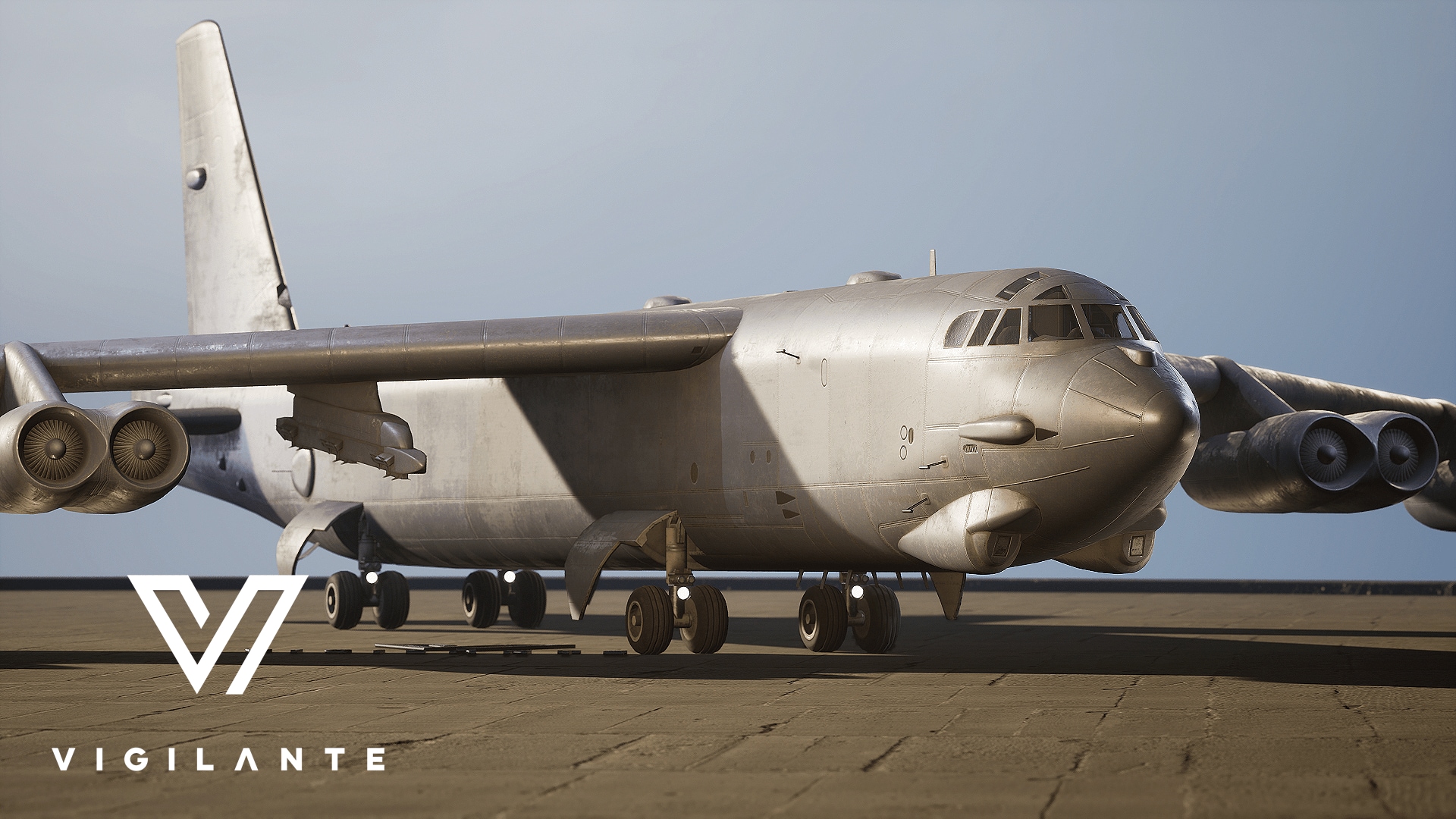 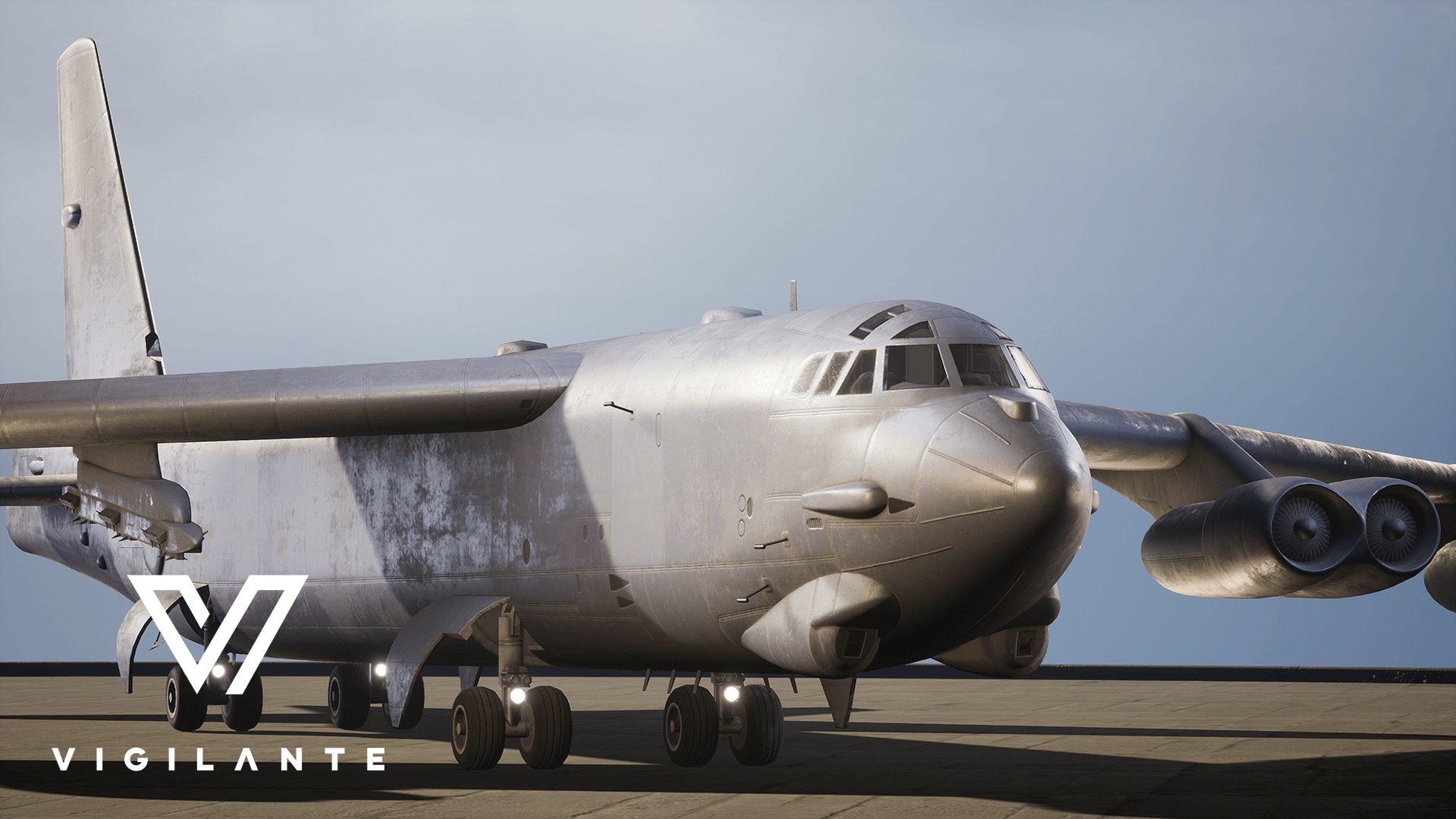 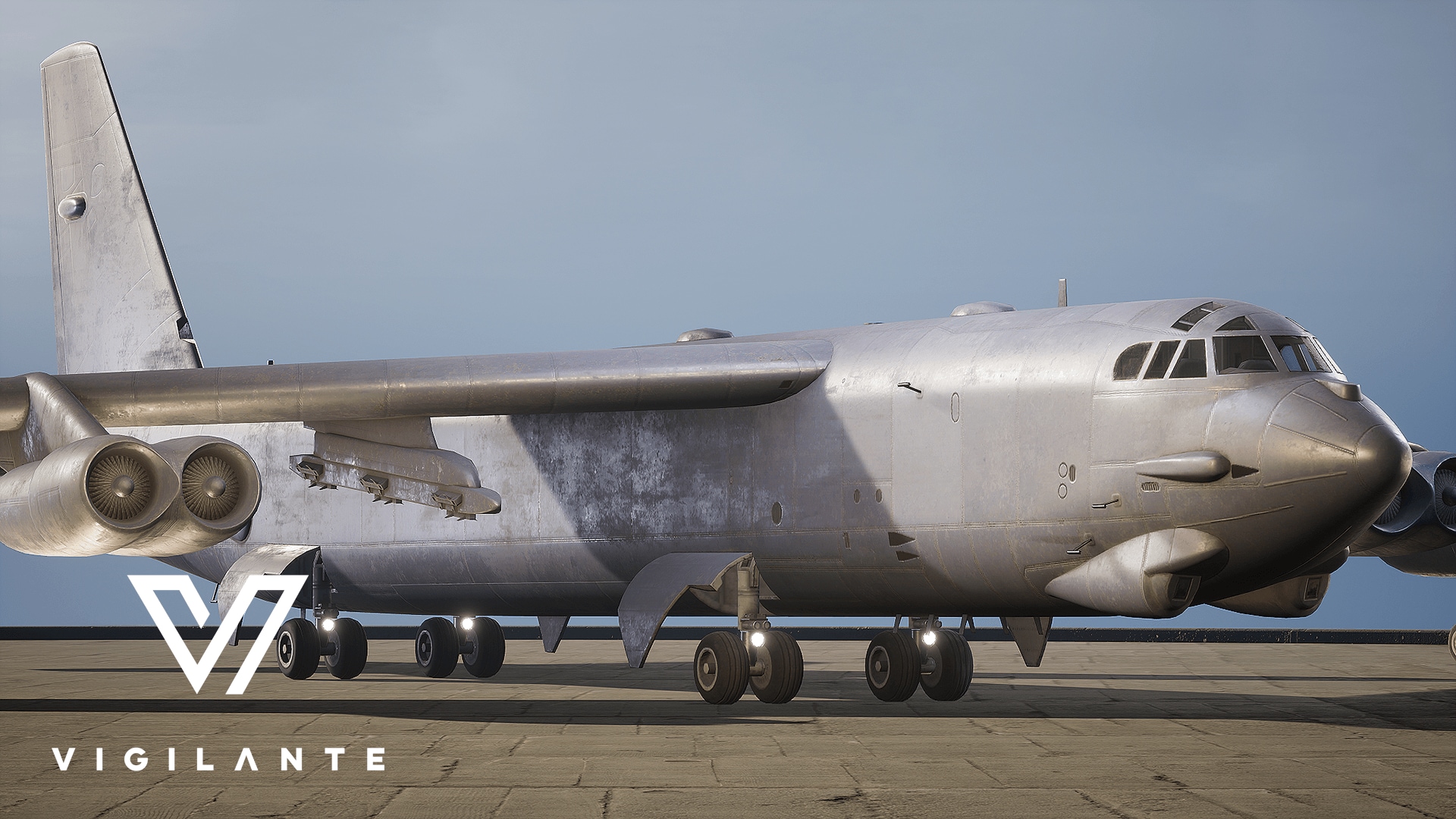 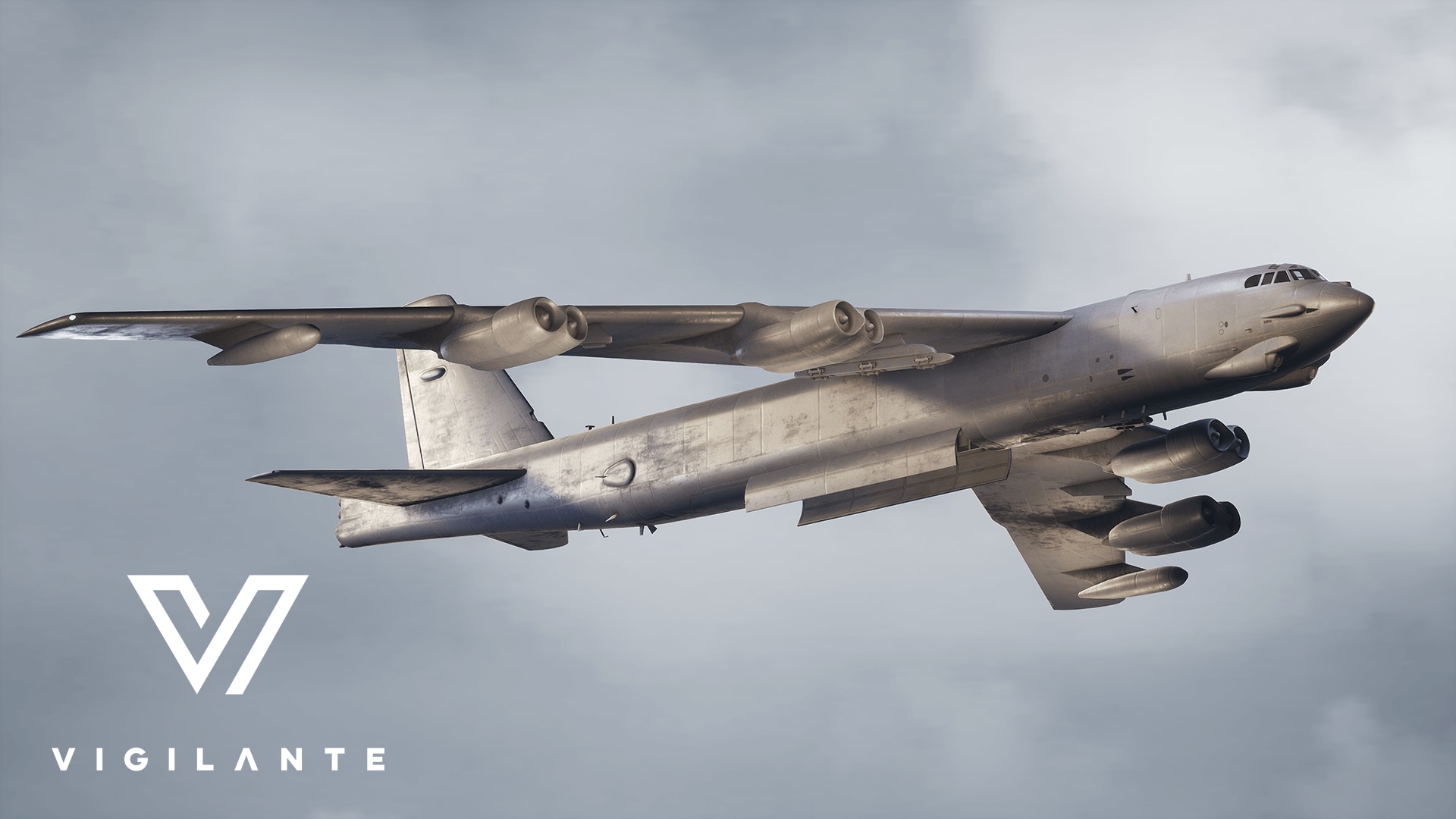 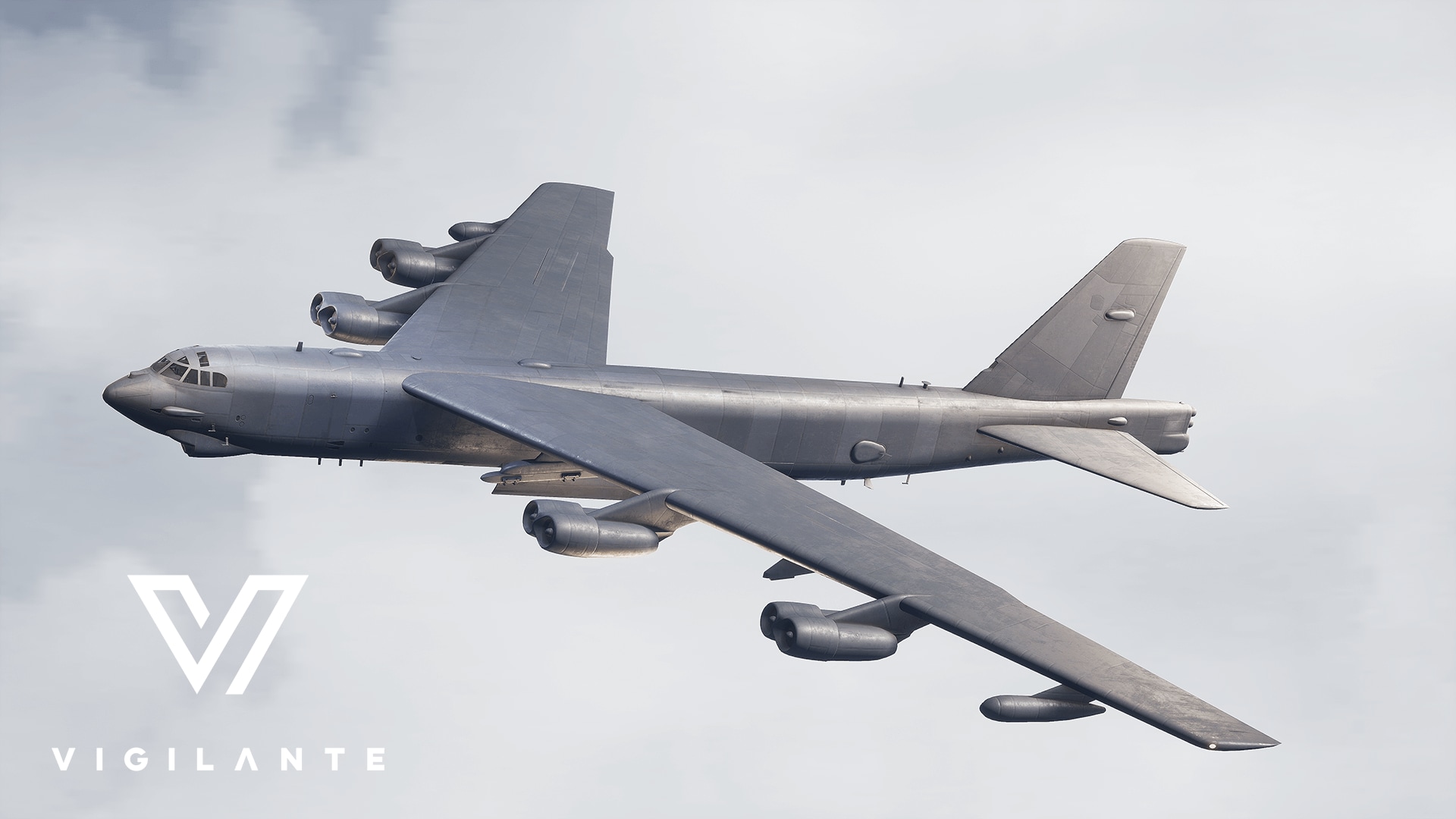 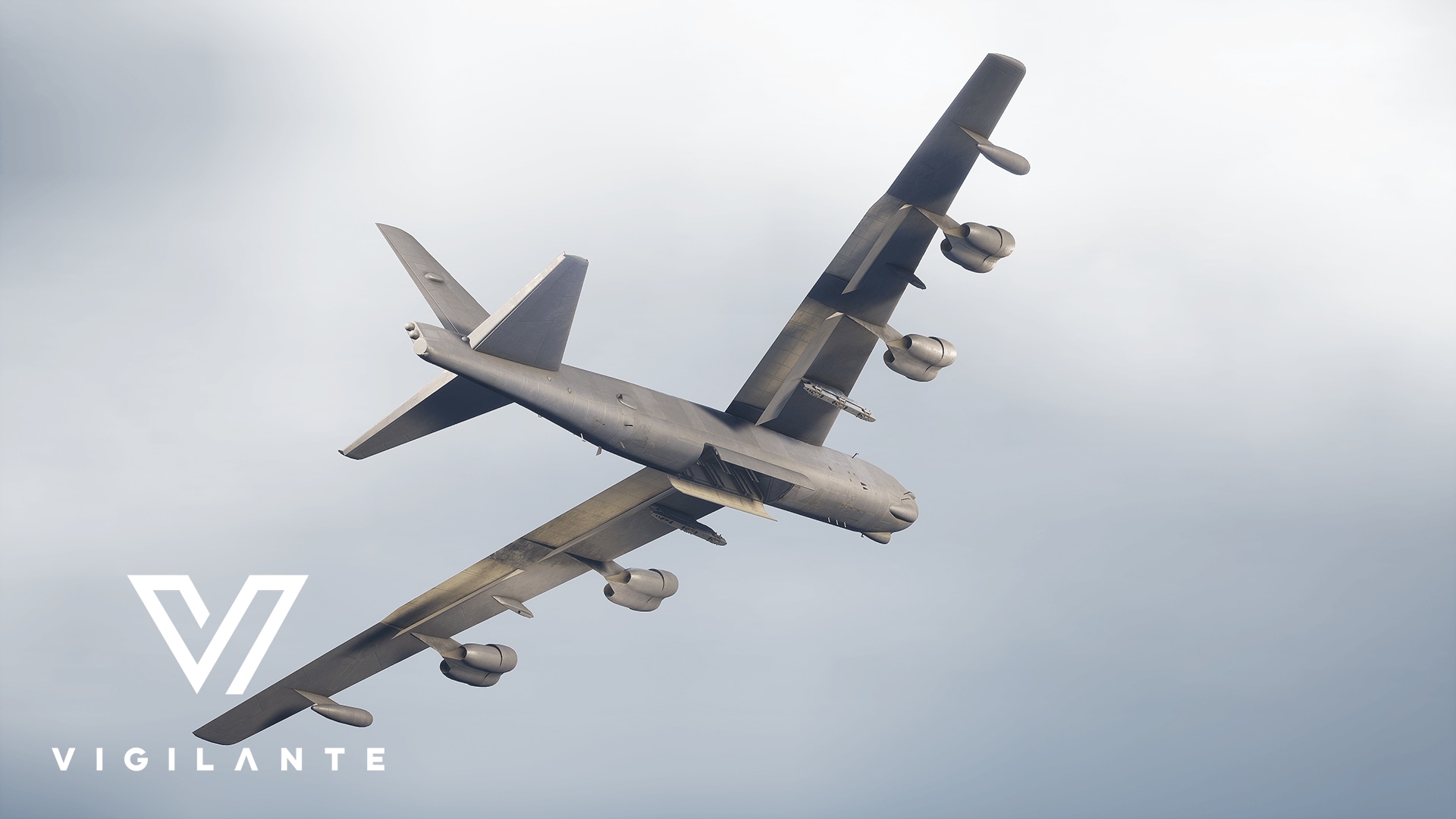 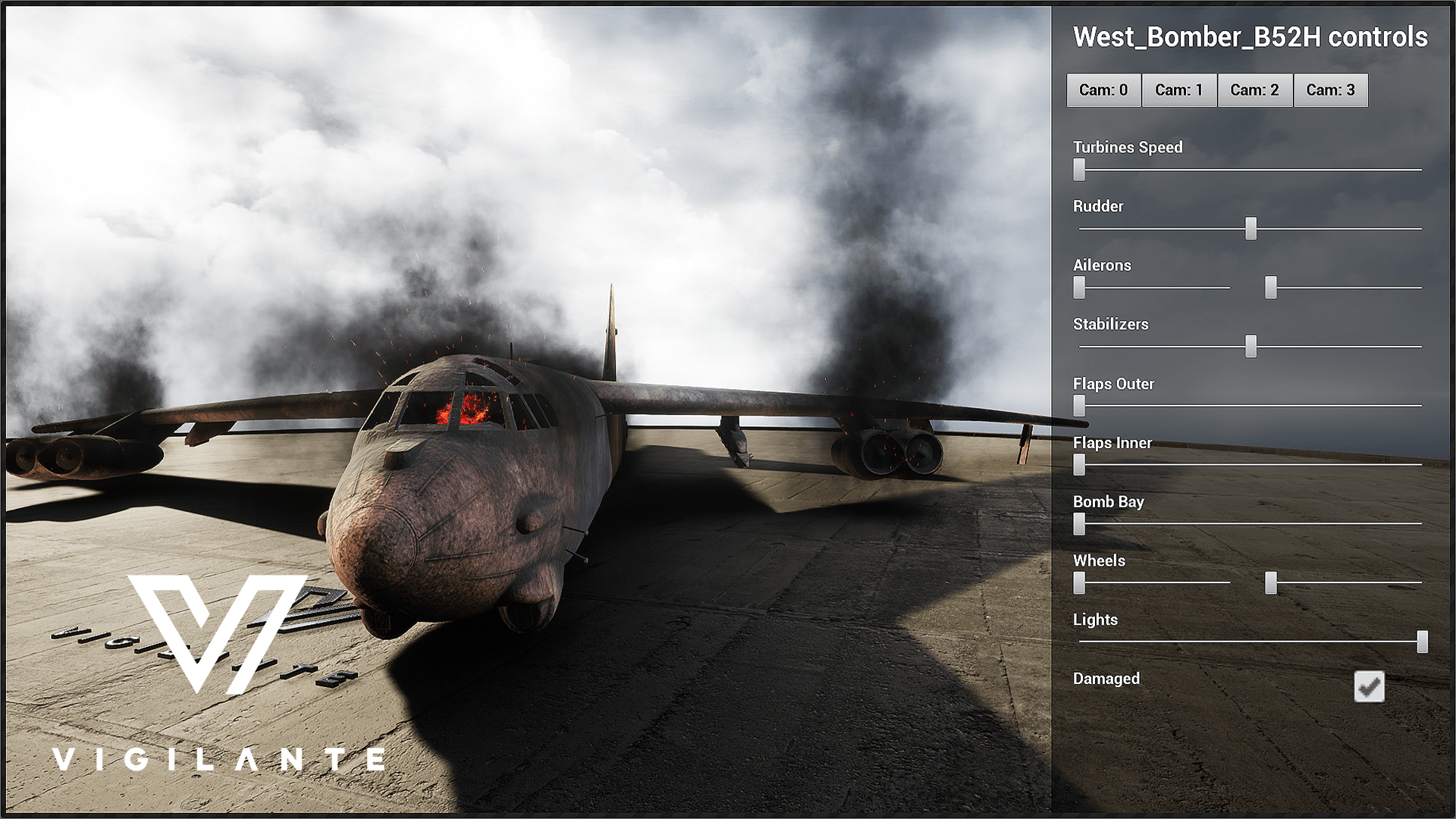 The Vigilante B2 Bomber (commonly known as “Stratofortress”) is an American long-range, subsonic, jet-powered strategic bomber that can carry up to 70,000 pounds (32,000 kg) of weapons and has a typical combat range of more than 8,800 miles (14,080 km) without aerial refueling. This aircraft blueprint is fully rigged, and includes animated wheels, landing gears, ailerons, rudders, flaps, stabilizers, jet turbines and bomb bay. A destructible state model with damaged geometry, textures, and damage smoke FX is included along with thrust FX. 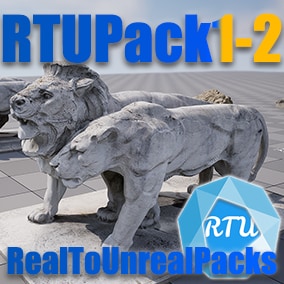 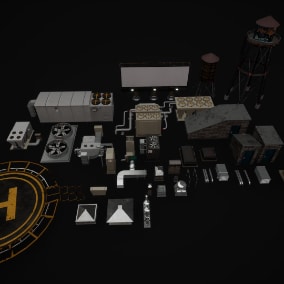 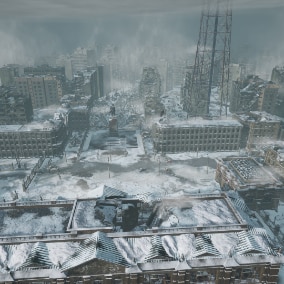 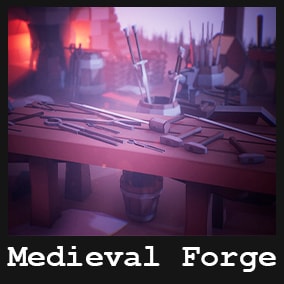 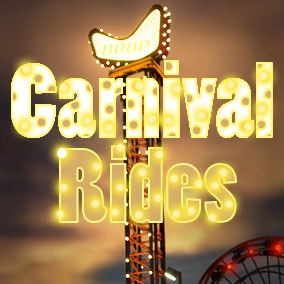