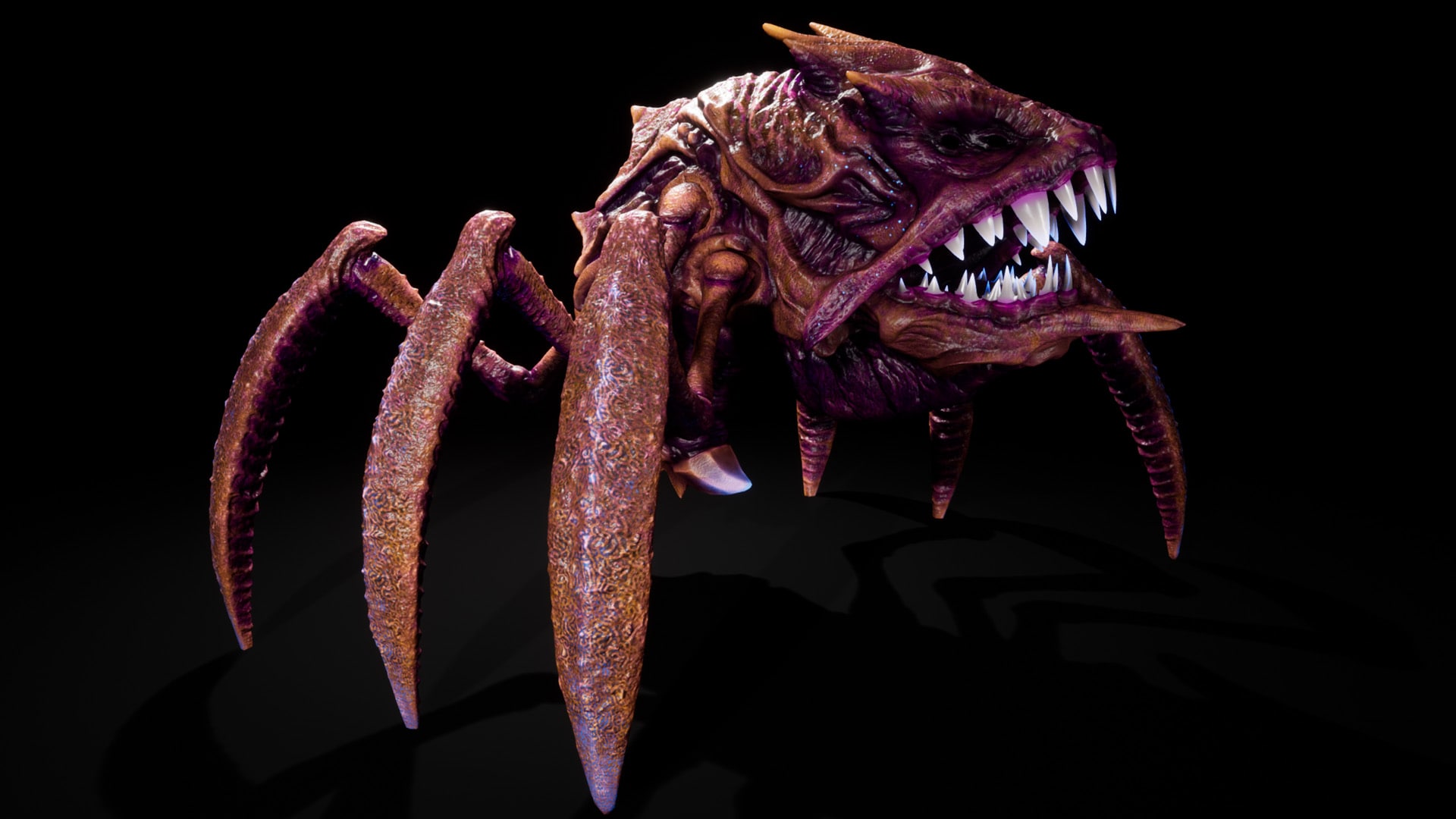 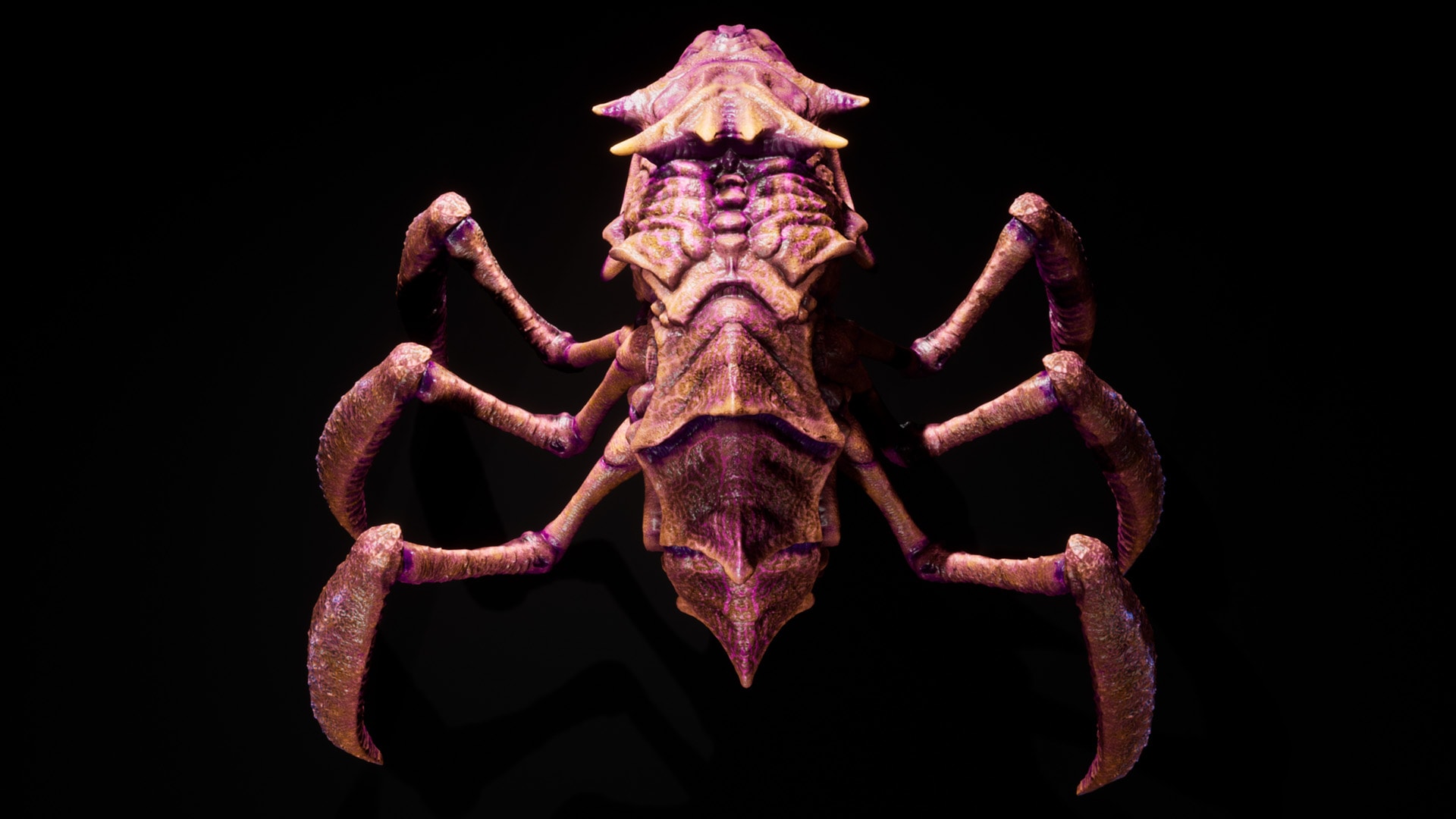 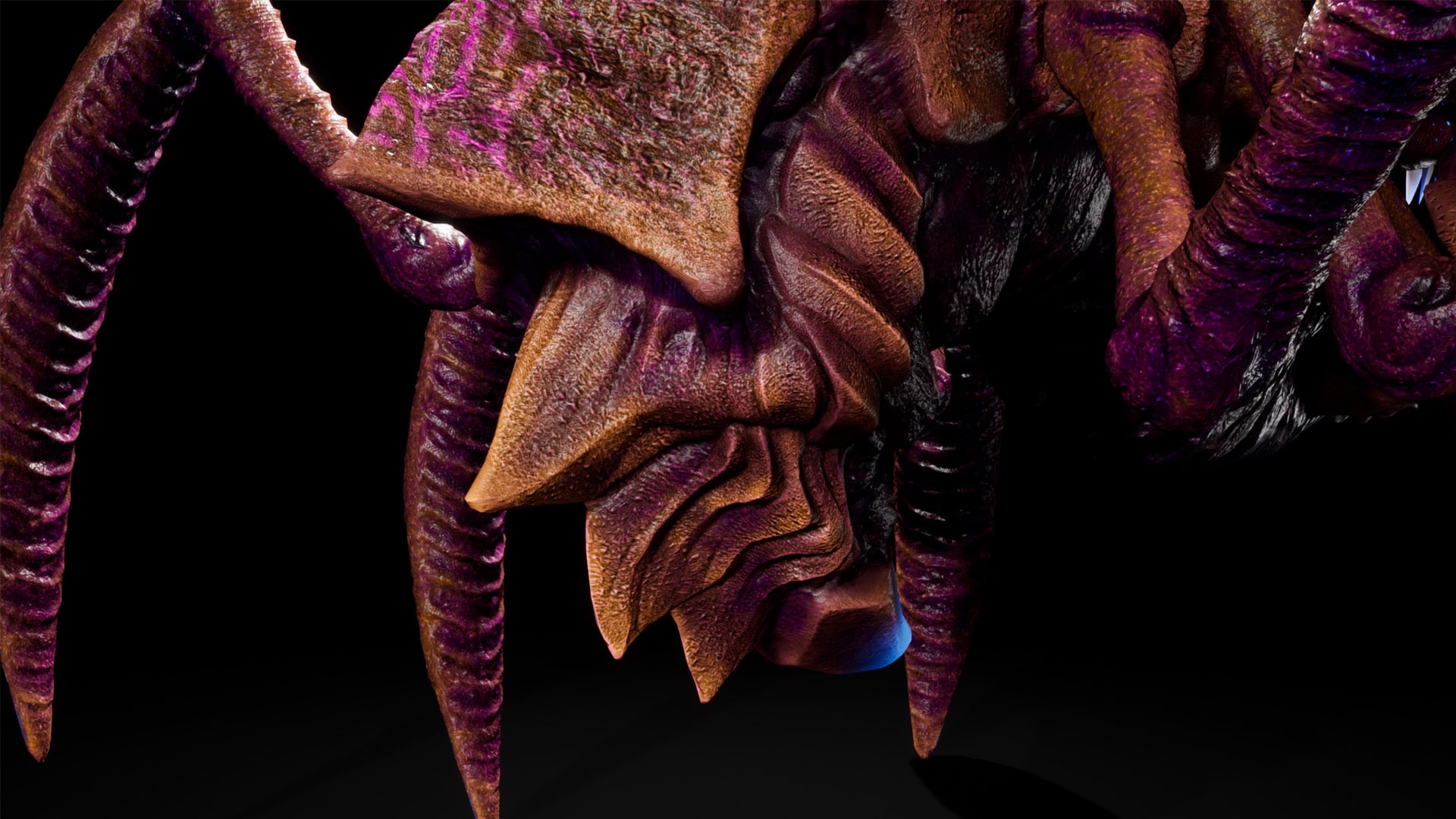 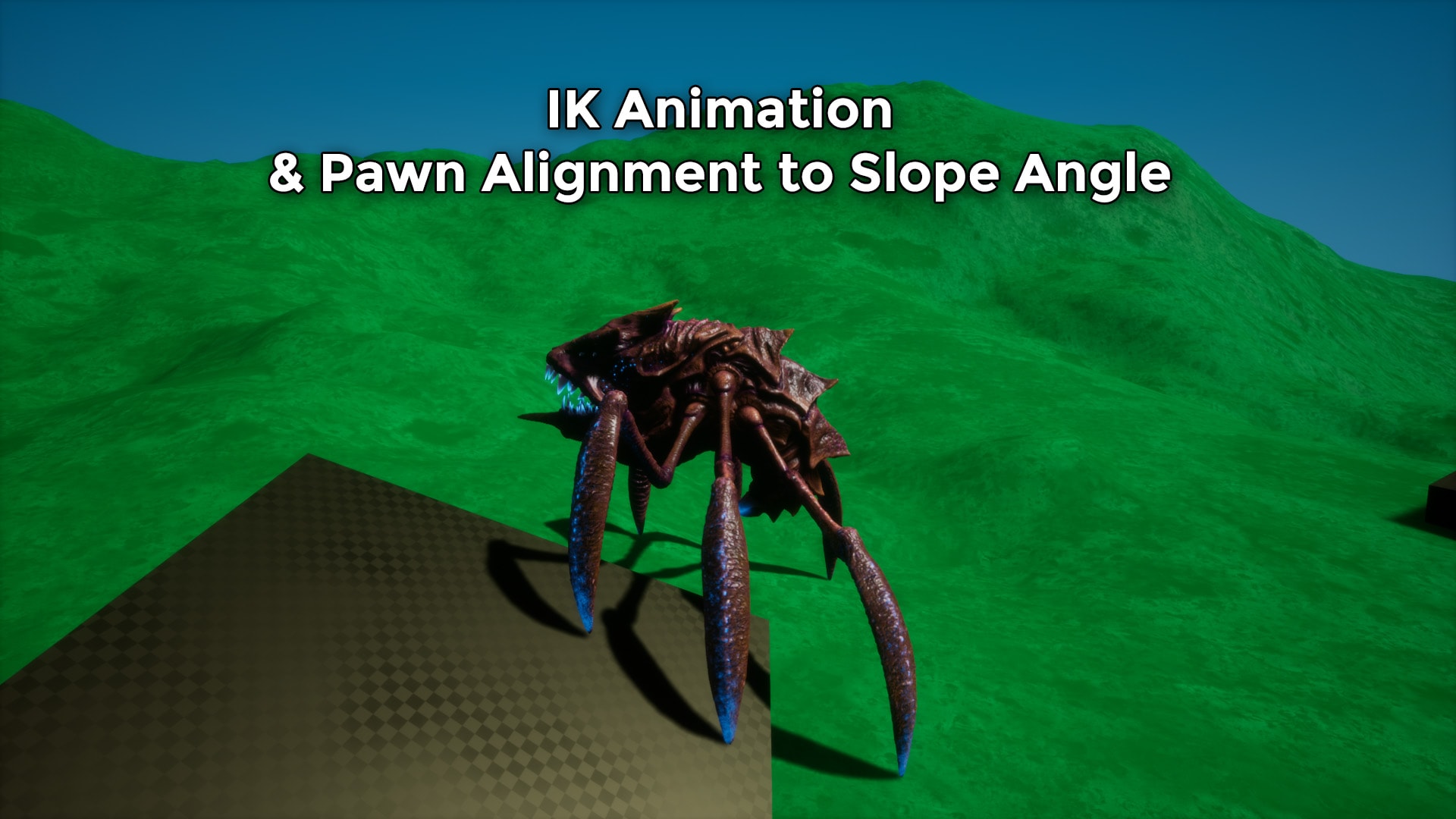 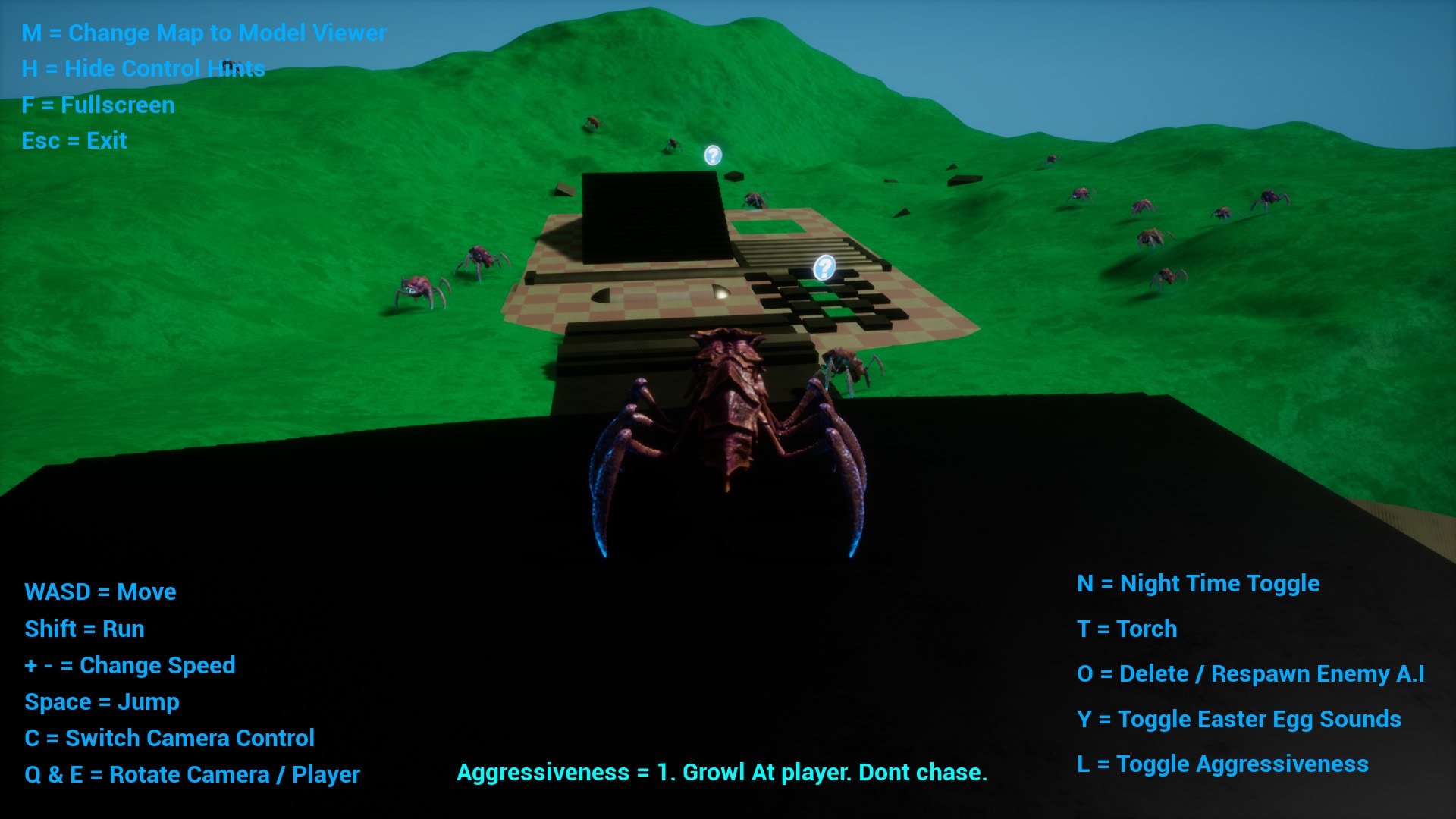 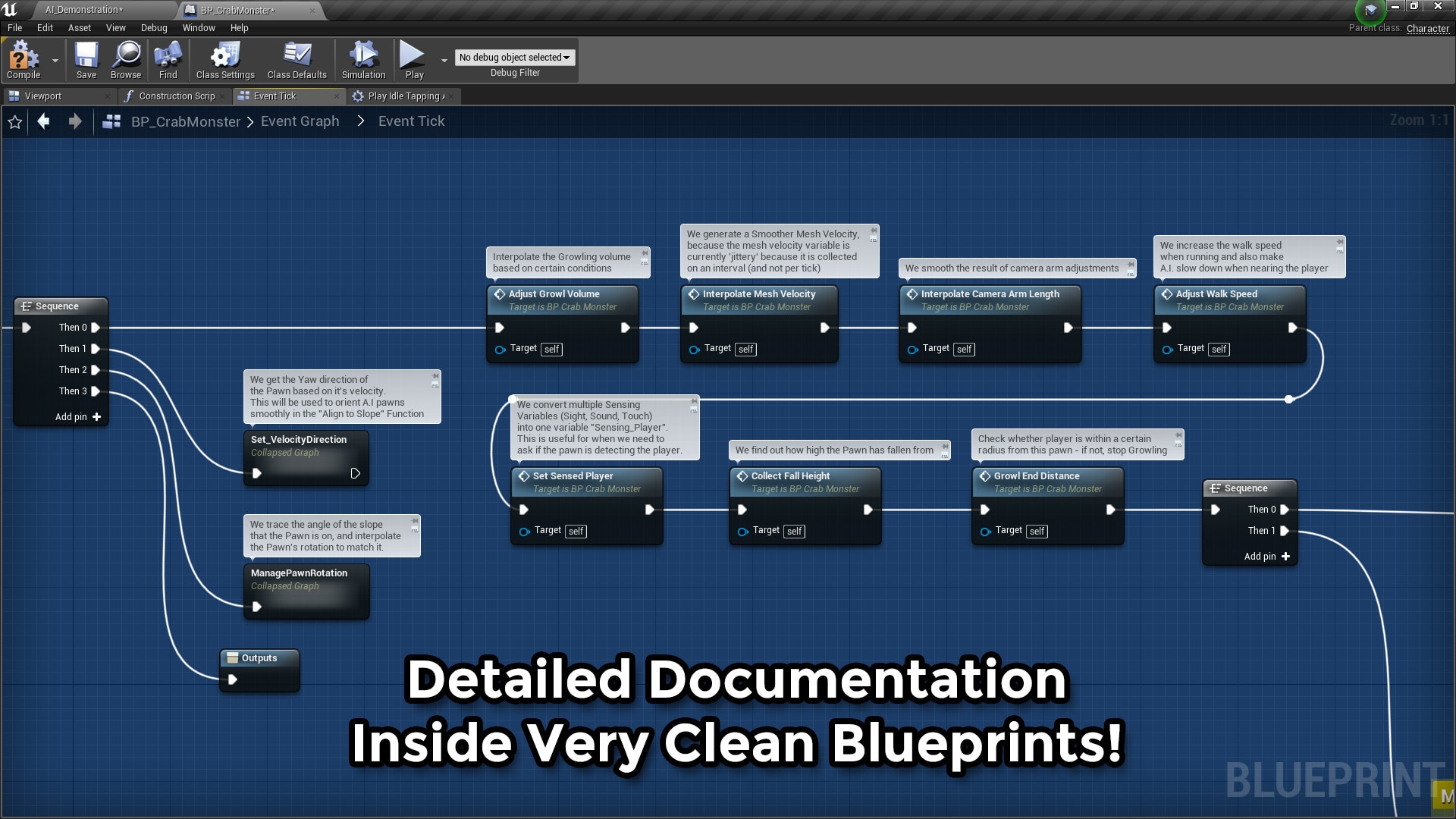 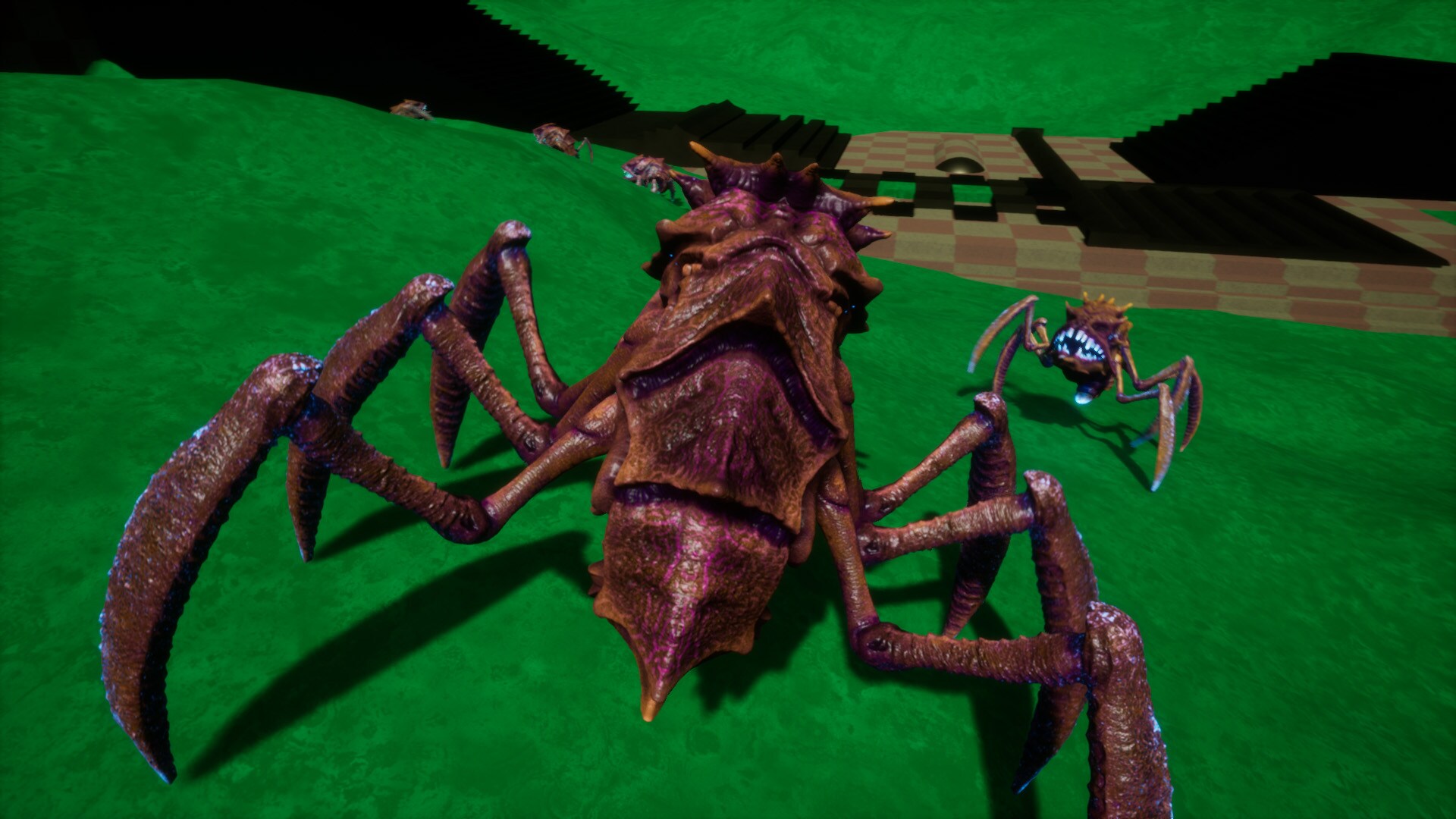 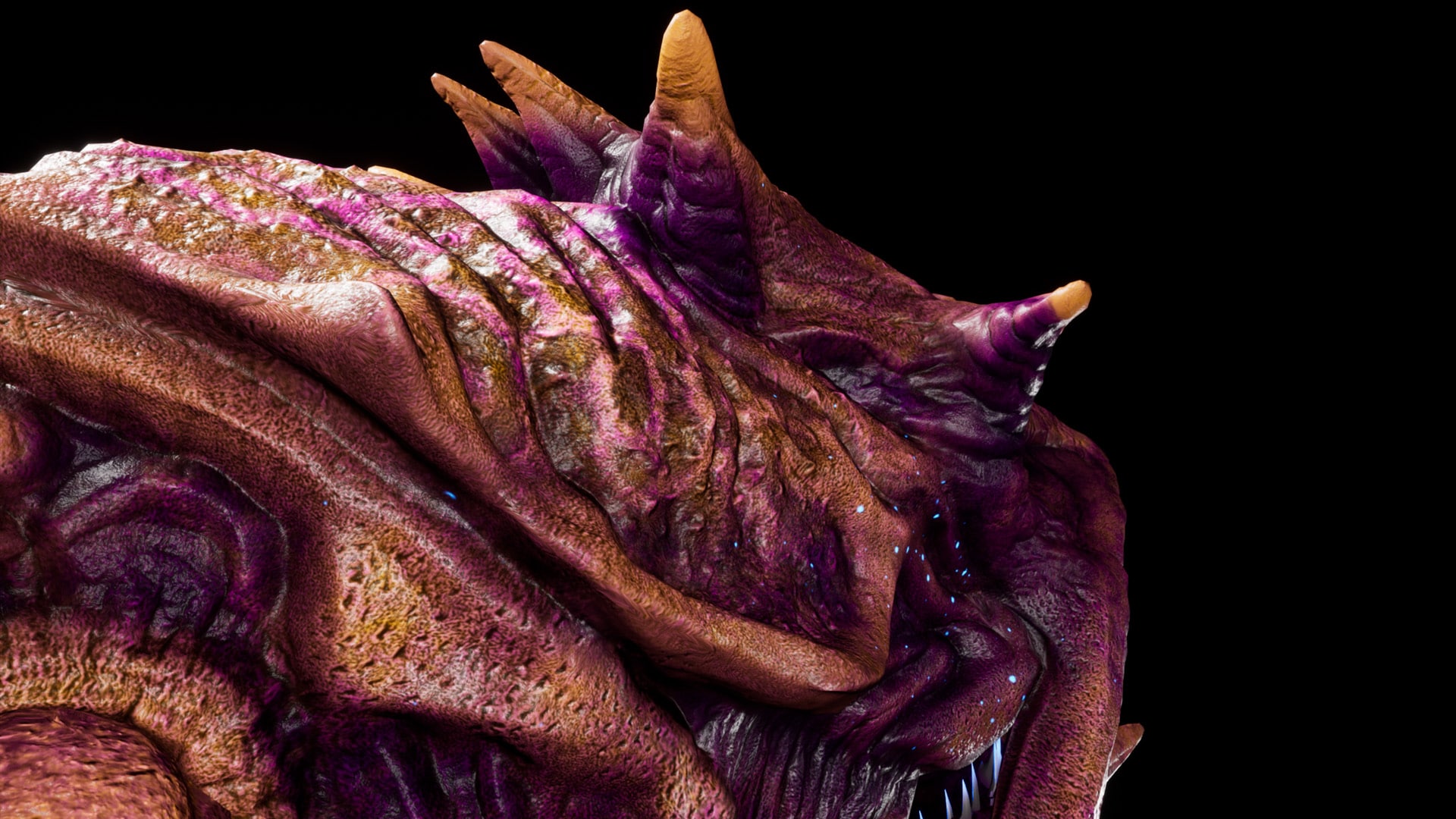 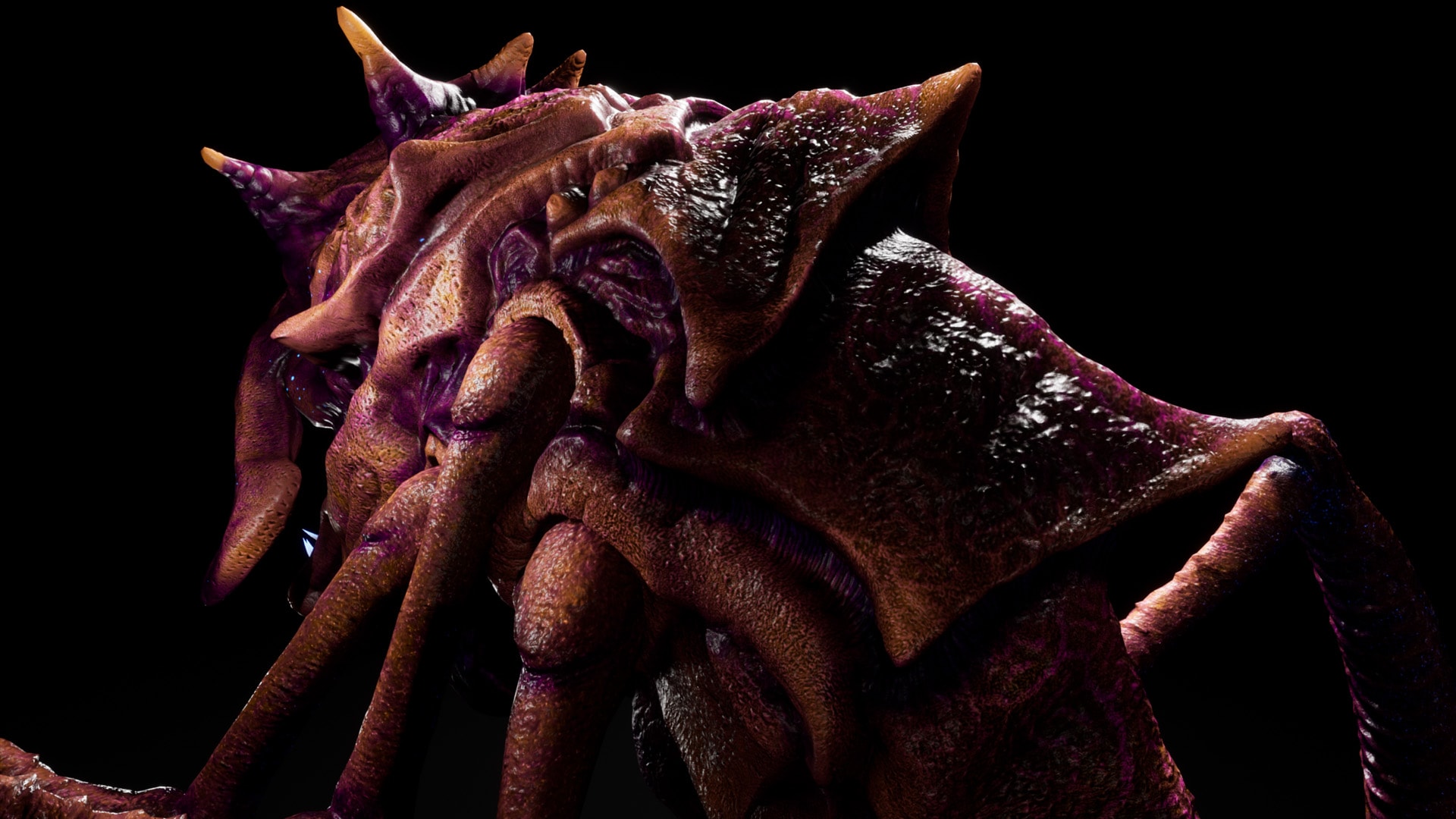 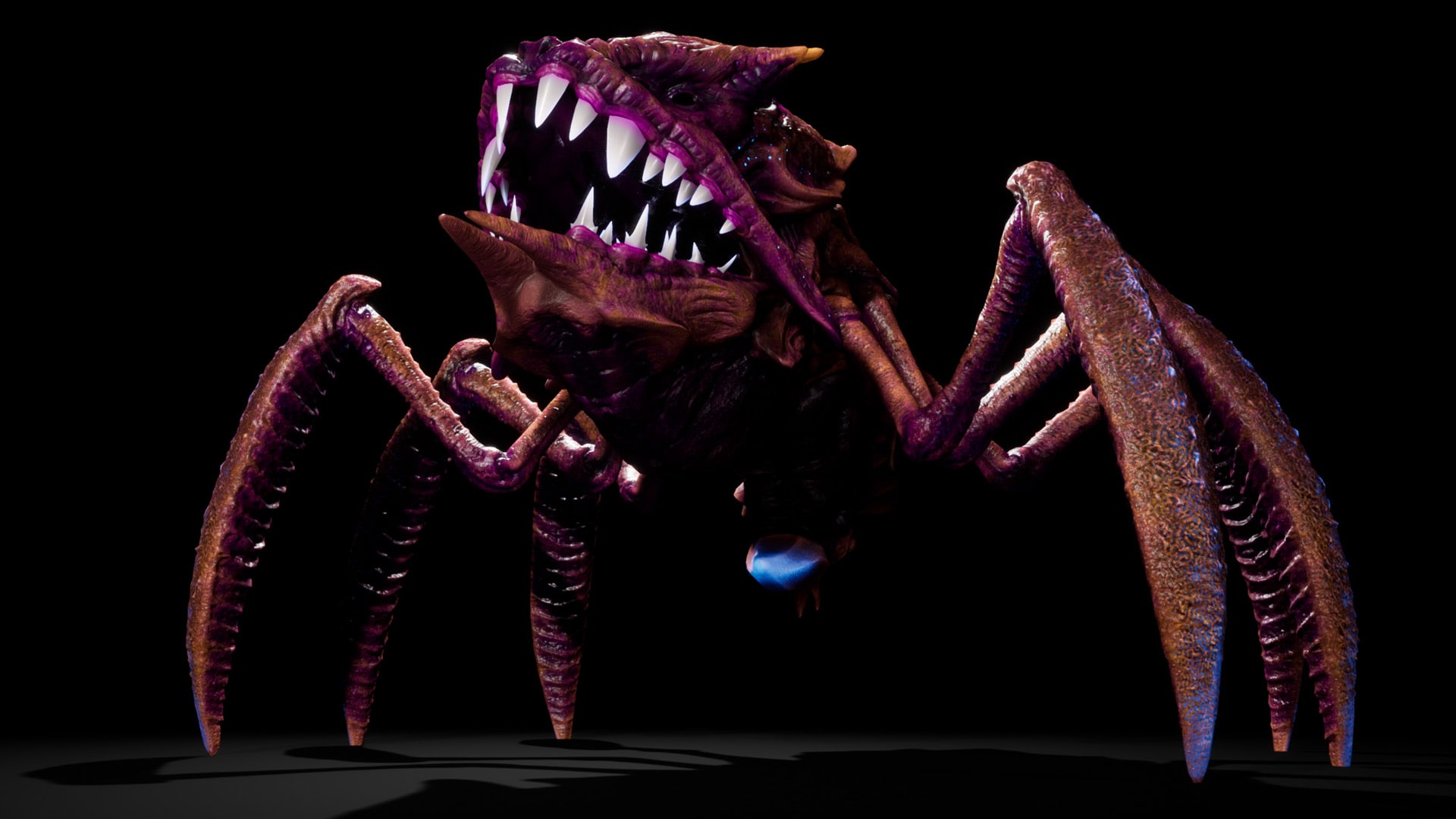 This Alien Crab Monster comes with built in IK animation system and A.I.

The package contains two levels; a model viewing level (which you can see images of in the dark room), and an A.I & Player testing level, where you can control your own Alien Crab Monster as a player, and be chased by other alien crab monsters.

The advanced IK system is designed with creatures in mind, as the IK is applied relative to the Pawn's rotation - allowing IK to function on steep hills and slopes without appearing awkward. This IK system is unique, as the vast majority of IK systems available for UE4 do not focus on relative orientation as they are designed for upright humanoids.

The Blueprints have also been extensively documented for ease of modification – and it’s great as a learning project if you need to reverse-engineer a basic A.I pawn with relative IK. Please see the Extended feature list above for more info on how the IK was achieved.

Rigged to Epic Skeleton: No 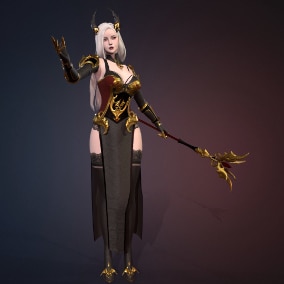 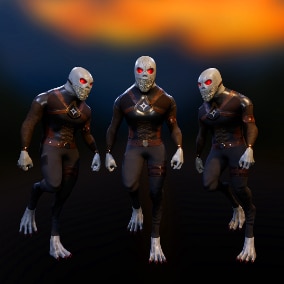 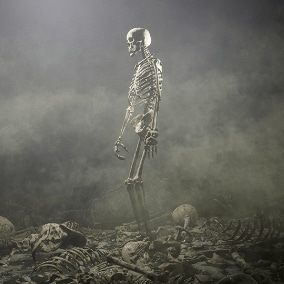 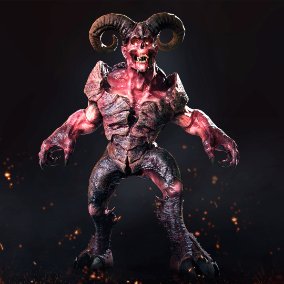