The Simulation and Game Development AAS degree program started in Fall 2011. Since its inception, the degree program used Unreal Development Kit and now Unreal Engine 4 is used primarily. Students learn how to develop 2D and 3D game applications using various types of software and game engines. Starting with game concept development using an interactive fiction engine, students build narrative and storytelling skills before progressing to the creation of immersive game worlds, design of game levels, and development of characters. Using advanced programming skills, students will write the algorithms for core mechanics, gameplay and levels. Using 3D animated simulation and modeling software, students will learn how to solve complex problems through the objective analysis of processes and the use of informed decision making tools. 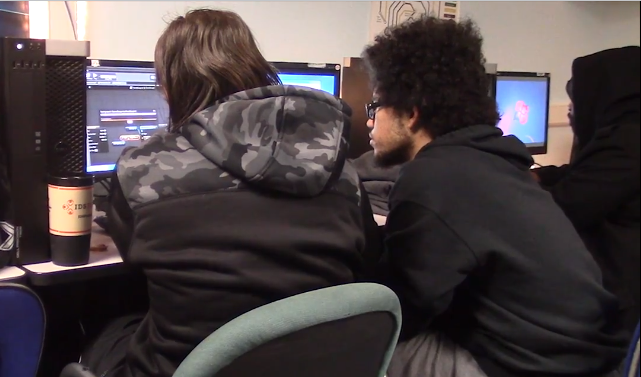 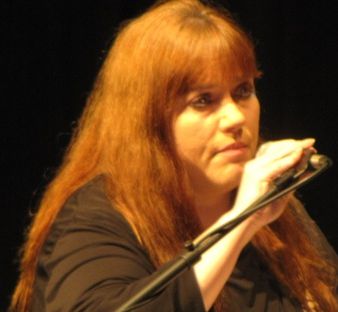 Professor Marcello started the Simulation and Game Development major at SUNY Sullivan because she felt that students would find the major attractive due to its broad applicability. Although the unifying aspect of the program is the creation of games, all the skills are directly applicable to a wide range of industry areas: digital entertainment, computer science, and interactive training and simulation. Interactive simulation applications include scientific exploration, health sciences, general education, law enforcement, defense and criminal justice, cable/entertainment, and security industries. Many industries and agencies are becoming more dependent on interactive computer training and simulation.

Dr. Marcello uses quest-based learning (QBL) to teach the higher level game development courses, which also involve group projects. Each quest covers an aspect of Unreal Engine and can involve watching a tutorial, giving an in-class demonstration of an Unreal Engine function, completing a mini project to curating content links such as quality Unreal Engine tutorials found online that show innovation application of techniques. Students who demonstrate mastery in core learning outcomes are able to level up to more complex quests with high experience points (XP). Students have to earn a specific amount of XP by a specific date to have the right to get into the guild (“group project). Students are also awarded achievements for moving up in rank on the class leaderboard and badges for showing exceptional energy, engagement, perseverance, and mentorship.

This capstone course allows students to continue working as a team to complete the game that was started in Simulation and Game Development Programming I. Students learn to balance features and functionality with the typical time constraints experienced in a 15-week semester. Group dynamics are continuously reviewed and refined as needed in order to achieve a high level of cohesiveness in order to produce a high quality 3D game. 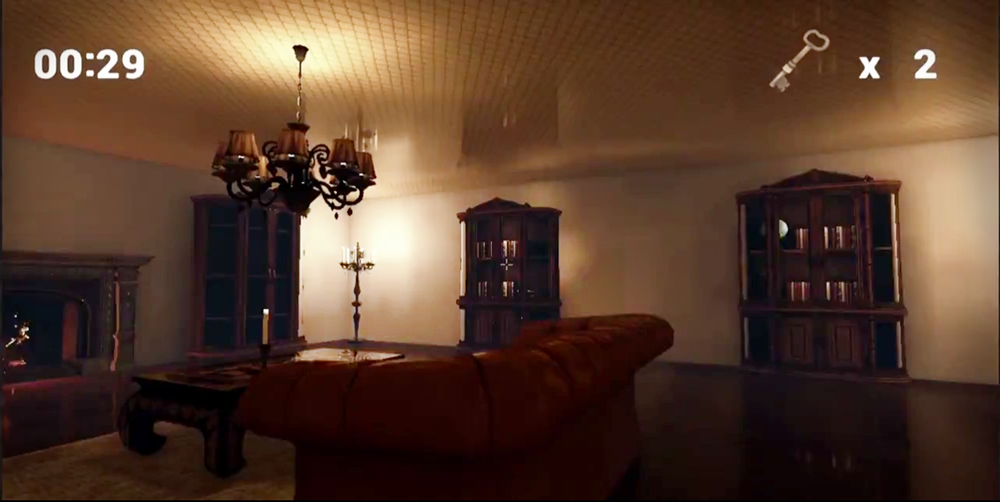 Hostage House is a puzzle exploration game currently in development by a team of three college students. The story begins with a detective walking into a mansion looking for clues about a missing friend. He had gotten an unmarked letter the previous night telling him that everything would be answered came to this address. He quickly realizes that he’s gotten himself into a life or death situation as the door locks behind him. The goal of the game is to find all of the detonators in the house before the time runs out. By doing this the player will receive keys that will open a final locked door which may or may not contain the answers the detective seeks. There will be a different puzzle associated with each detonator that will tell the story of the manor. 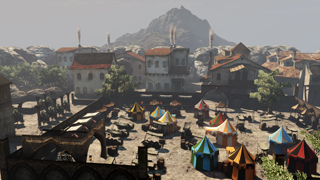 The First to Dance is a first person platformer-style game. The story is about a Native American girl named Ayita who was expelled from the king’s castle who subsequently roams the world solving social issues that the people of Parthas Island are faced with. Ayita is a young mother whose job is to now prevent her son from adopting the king’s evil ways. She now has to help put an end to the social injustices that are occurring on Partha Island. The game is set in a medieval time-period and the entire map of Parthas is open for exploration.

At the start of the game the atmosphere is somewhat sad and dreary as a reflection of the social injustices going on in the world. The player will solve social issues to open up more quests and as the player solves these quests the atmosphere of the world will change to reflect the accomplishment of a good deed. The player will also have a number of puzzles that requires some intellect to solve.  Once the player has completed the entire game, Parthas Island is once again enlightened and a peaceful atmosphere is realized.