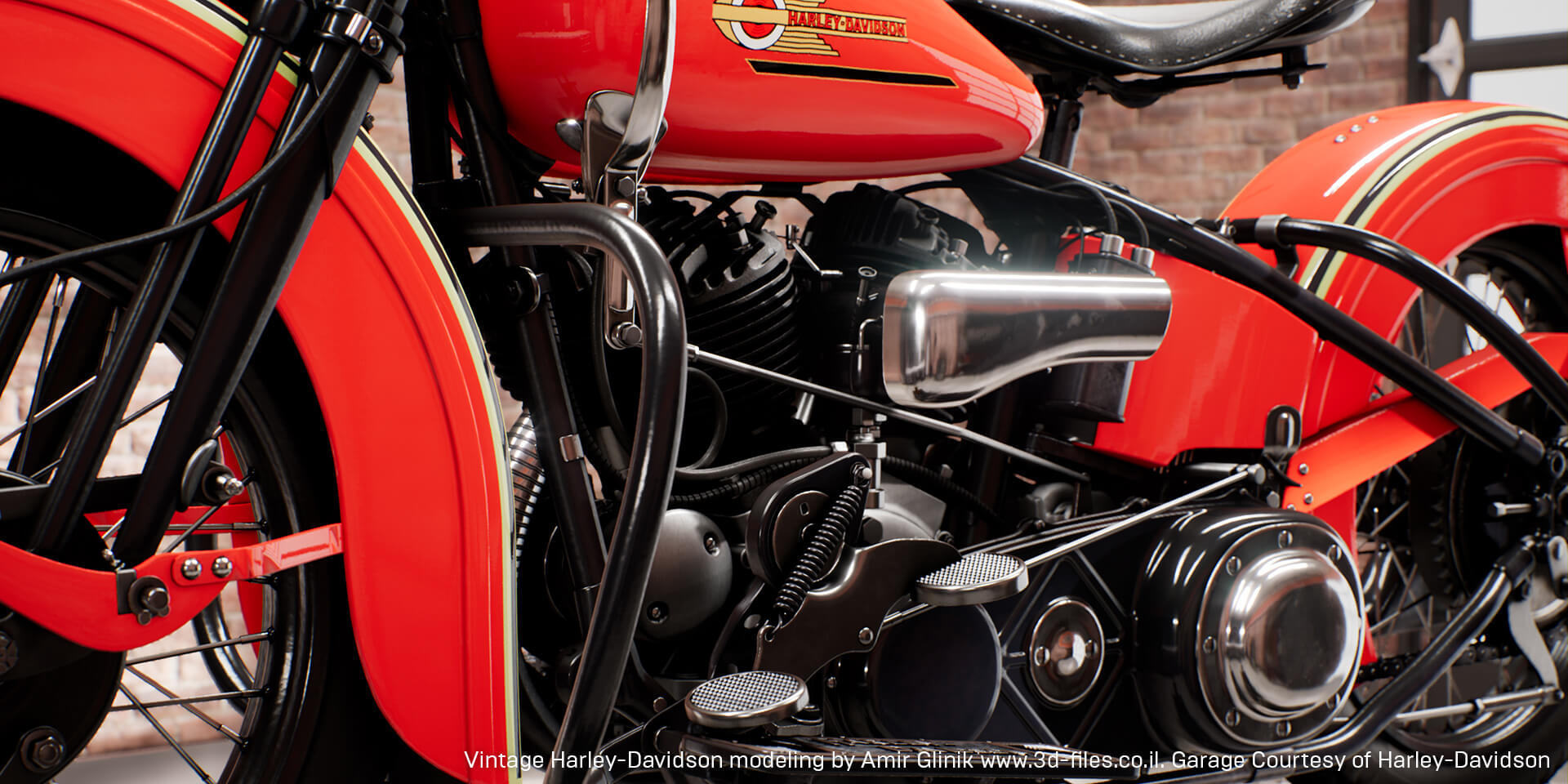 By Ken Pimentel
As more creative teams are tapping into the potential of Virtual Reality and Augmented Reality, these emerging mediums are rapidly becoming the go-to choice for companies looking to sell clients and investors on major design projects. 3D real-time visualizations immerse stakeholders in fully interactive virtual designs that make it easier to explore the potential of a project before it exists, which is why more studios like Theia Interactive are carving out a strong niche by delivering thrilling new ways to experience design.

Viewed through an iPad, the Harley Davidson AR demo let participants swap between a vintage rusted out “barn find” to a fully-restored version of the bike superimposed over the real-world space. Taking the experience a step further, users could use sliders to create an animated exploded view of the bike to zoom in and look at all of its internal parts in full 3D. "The impact the experience had on people attending the demo was powerful," says Stephen Phillips, CTO of Theia Interactive. 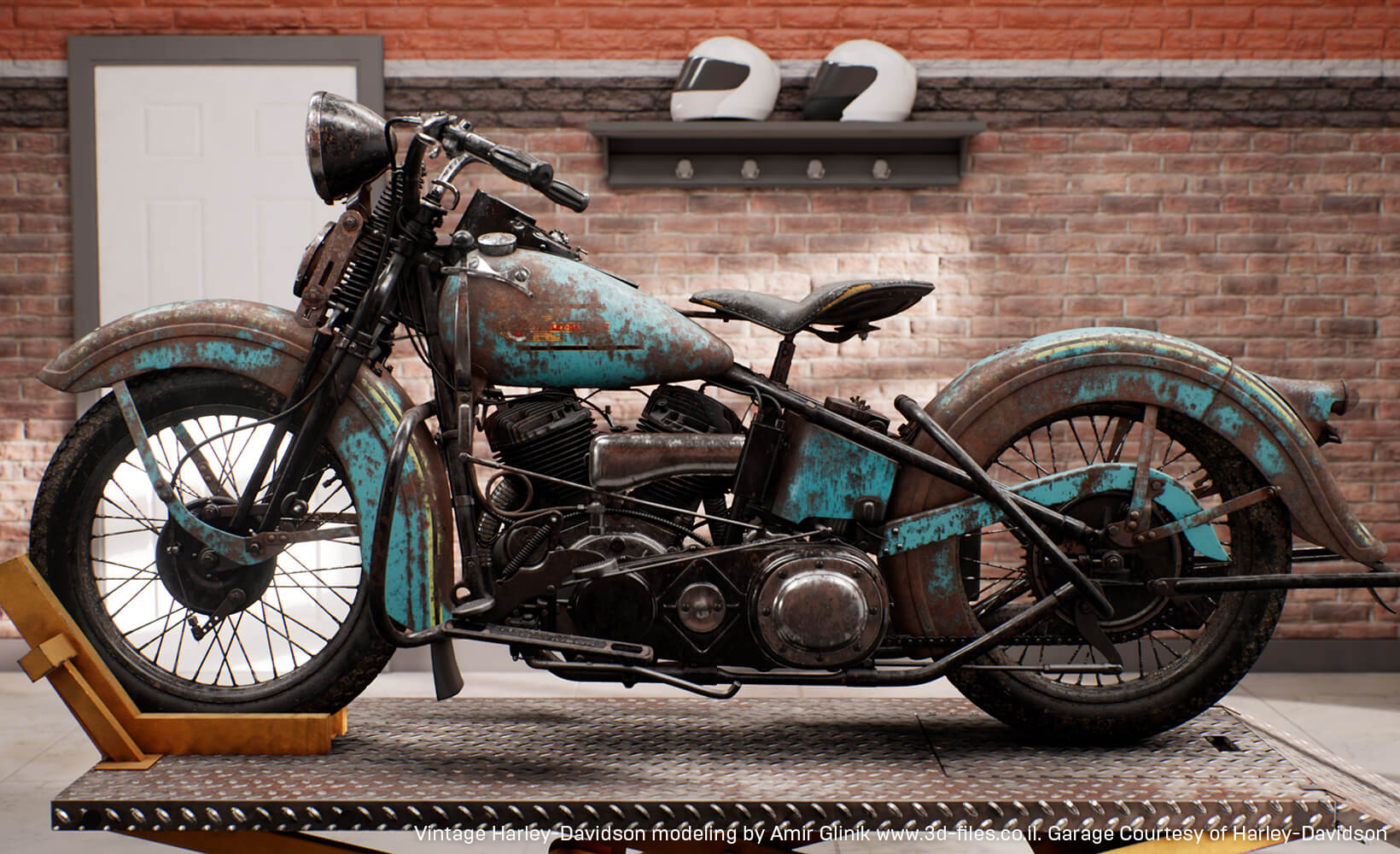 The vintage Harley Davidson model for the AR experience in its original “barn find” state shows lots of rust and gritty detail. 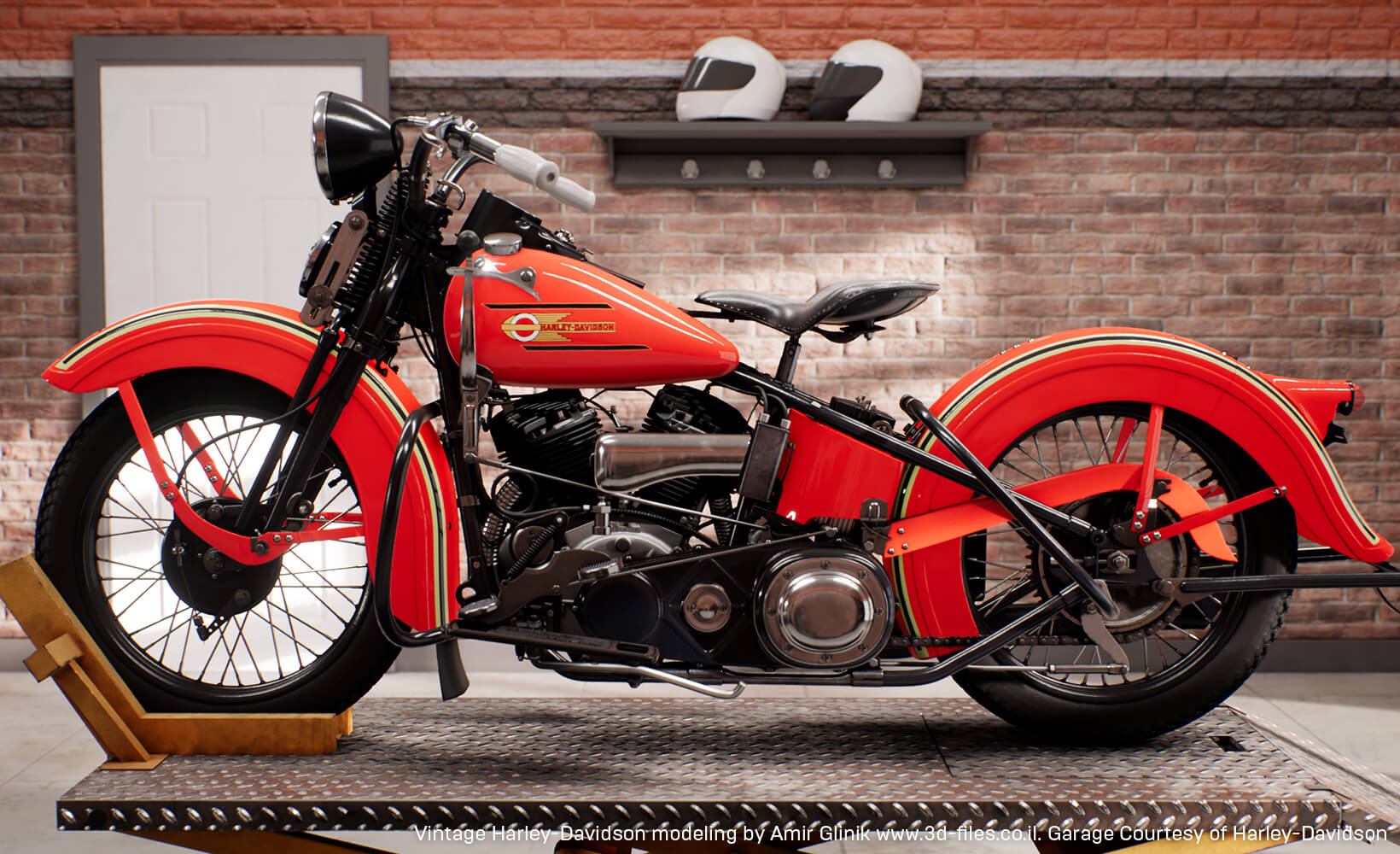 Fully restored, this retro ride shines bright as the centerpiece for the interactive AR experience.

“That was really exciting, and what we've seen again and again with our other augmented reality projects is that people get super stoked about just using a simple mobile device and understanding there's a virtual object somewhere in the room,” he says. “It works really well.”

For detailed real-time AR projects, managing the scale and complexity of photorealistic design assets while maintaining visual fidelity can be challenging when you’re aiming to deliver the experience on a mobile device. In the Harley Davidson AR demo, the level of detailing found in the bike models provided by Amir Glinik was meticulously crafted and visually amazing, notes Phillips. The fact the team was able to get everything running in real-time with that level of complexity is a testament to the software and tools that made it possible.

“We were blown away by Unreal's auto LOD system that’s in the static mesh editor,” he adds. “LODs were critical for this project, because the user decides what they want to look at on the bike. If they want to get up close to the interior screws of the engine, they have the freedom to do that, so the quality needs to be there. But for the overall app to run fast at all, you can't really have that detail there all the time.” 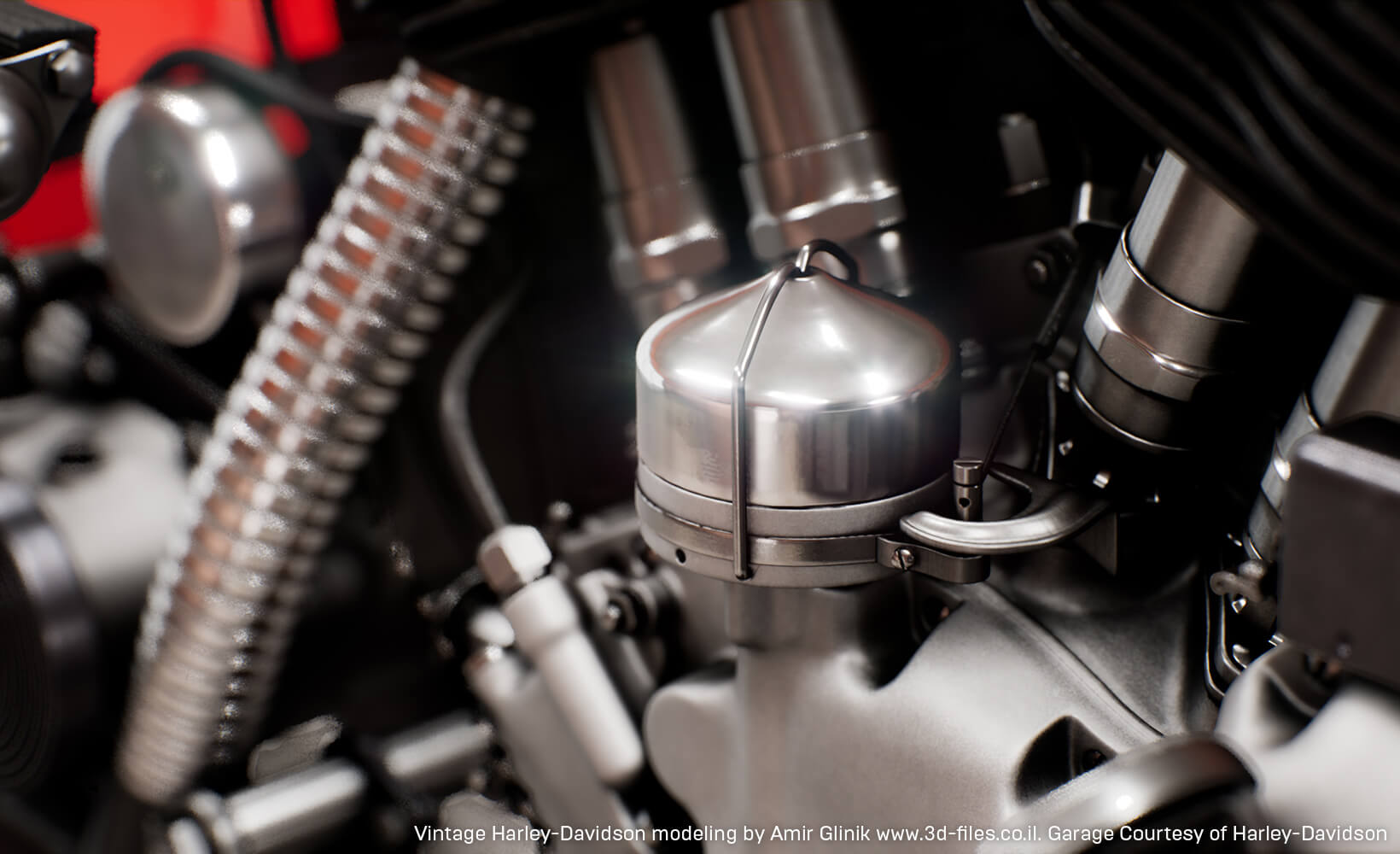 Theia’s Harley Davidson AR experience let viewers explore the minute details of the vintage bike up close and personal from all angles.

By doing it in batches and assigning assets to a default group to get LODs, the team was able to retain an extremely high level of visual fidelity without putting as much strain on the system. “We started forcing everything to be an LOD and not even use the original mesh, and that's how we got it so that on-screen at any given moment it was always a million polygons or less without a drop in quality,” says Phillips.

“The speed boost from Datasmith is great. We no longer have to manually export a bunch of individual meshes and materials, and that has helped a lot,” he says. “We love it, and it definitely speeds up projects. We have one project with tens of thousands of objects, and the entire scene was like 500 million polygons. To process all of those asset locations that were coming originally from Revit and to try to do that manually would have been ridiculous, but Datasmith helped us get it from Revit to Unreal in minutes.”

AR’s potential in the design space

The raw enthusiasm that augmented reality generates makes working with the medium very satisfying, says Phillips, but it’s also having a big, positive impact on business overall, too. Real-time technology is beginning to heavily drive customer demand, he notes, as everyone has been stuck for so long depending on still renderings or computer models on-screen that don’t translate to the same level of immersion as a full 3D real-time experience. This is the same shift to “experiencing design” that has led Unreal Engine to become the number one real-time visualization tool in Architecture.

“It's a wonderful tool for generating excitement,” he says. “When we have an interesting project to show off, getting a person at a business excited about the technology and getting them super engaged with looking at the object being created or the space being created—that's really powerful. We’re getting great feedback from people just being more excited to see and experience this stuff rather than the renders they're so used to.”

One of the other great things about working in Unreal Engine, says Phillips, is that it’s easy to produce an interactive and exciting AR project while also generating tons of free collateral at the same time, including 4K renders, 60 fps flythroughs, and virtual reality experiences. This makes life a lot easier and provides tremendous flexibility for creating a range of high-quality deliverables for clients without creating a ton of extra work in the process.

Getting your design data into Unreal Engine is now faster and easier than ever with Unreal Studio (which includes Datasmith). Try the free Unreal Studio beta today!