Rewinding the clock back to medieval Varberg with Twinmotion 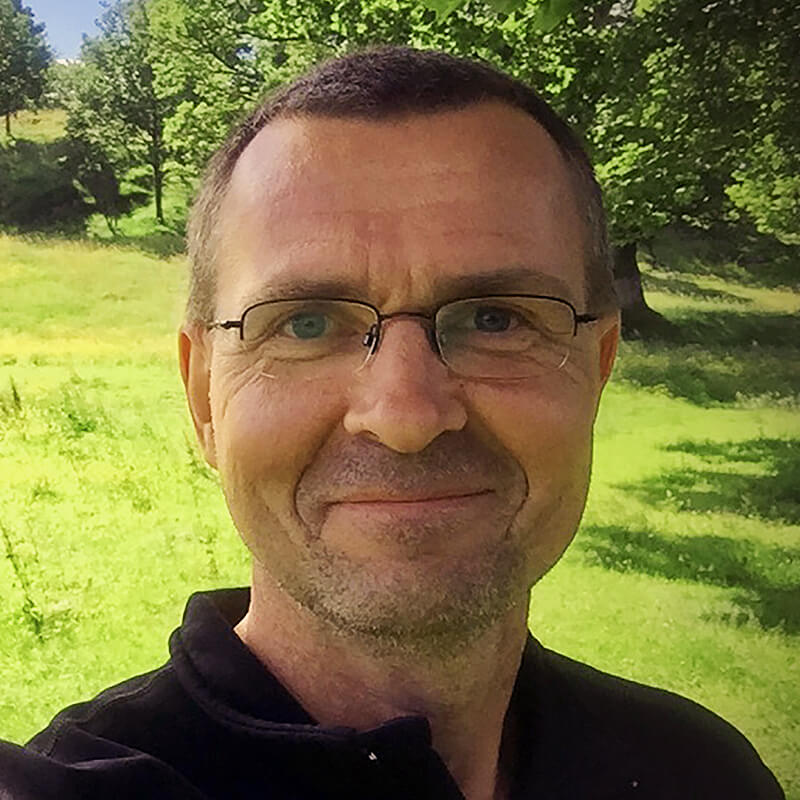 Fredrik Johnsson is a land surveyor from Varberg with a passion for history. He uses Twinmotion in his professional life to create compelling visualizations for proposed urban developments.
Fredrik Johnsson spent his childhood summers in Varberg, a small town on the Swedish west coast, and has lived there permanently for the past 14 years. As a land surveyor, he knows the geography of the city more intimately than most. Over the years, he’s moved from traditional surveying assignments such as creating maps of the area to visualization projects using drones, 3D, 360° imaging, and AR.

With travel restrictions putting a halt to holidays abroad last summer, Fredrik found himself with free time on his hands. He decided to take the opportunity to work on a personal project he’d had in mind for a while: a visualization to take you back 500 years, depicting Varberg as it would have looked in the Middle Ages.
The city of Varberg lies on the west coast of Sweden. Its position along a vast stretch of white sandy beach made this a popular bathing resort in the 19th century, but the city has had a far more turbulent history than the genteel bath houses would suggest. War, fires, and political conflicts have caused the city to move again and again.

Fredrik wanted to recreate the very first city that was founded around 1100 and abandoned in 1578. The only trace left of that first settlement today are the ruins of the old church. The project also had a practical purpose—Fredrik knew that a large visualization assignment awaited him at work in the autumn, and this animation would be the perfect opportunity to hone his Twinmotion skills.
Image courtesy of Fredrik Johnsson
Fredrik had been familiar with Twinmotion for a while, initially hearing about the intuitive real-time tool after Epic joined forces with Swedish company Quixel, creator of the world’s largest photogrammetry asset library. “I downloaded Twinmotion in November 2019 and got hooked straight away,” he says.

Working with 25 other GIS and surveying programs leaves Fredrik with little time left to learn new programs—particularly more complex software for which entry thresholds are high. “But with Twinmotion, it was completely different,” he says. “I was able to get started right away producing materials that could be used in real projects.”

In the end, Fredrik’s Medieval Varberg project in Twinmotion took just two weeks to complete. He turned off the phone and email, put on some music on his headphones, and pushed on. “Everything worked so well that I quickly ended up in a nice flow,” he says. “It was an absolutely wonderful experience! I could summarize this project with one word: freedom.”

A fast and enjoyable real-time workflow

Five hundred years ago, Varberg looked very different to how it does today. To recreate the town accurately, Fredrik spoke to archaeologists who have completed excavations there, found an expert on medieval churches, read books about the site, and looked at old historical maps.

Mining these resources enabled him to recreate the city's road network. Historians also have a good understanding of the coastline of that time, which was much higher than today. Fredrik relied on artistic freedom to fill in the gaps for details lost in the mists of time.

He began the project in SketchUp, modelling the church, buildings, docks, and gate. For other models, he started with the Twinmotion asset library, then searched Quixel Megascans and SketchUp’s 3D Warehouse.
Image courtesy of Fredrik Johnsson
Since Quixel joined the Epic family, the entire Quixel Megascans library of textures, materials, and objects has been available to Twinmotion users for free. These ultra-high-resolution scans can be used to dramatically enhance the realism of Twinmotion scenes. If Fredrik still can’t find what he’s looking for, he checks out TurboSquid and CGTrader.

To create the model of the church ruin, he photographed the building with a drone, and processed the images in Bentley ContextCapture. Bringing models into Twinmotion from third-party applications is easy. For those using popular CAD programs, there are a number of Direct Link plugins that provide direct one-click synchronization with packages such as ARCHICAD, Revit, SketchUp Pro, RIKCAD, and Rhino.

With everything in Twinmotion, Fredrik could start assembling the scene. “That’s when the most fun part begins—putting everything together like giant Lego,” he says. “Twinmotion is where you put everything together: the models get their materials, you can tweak lighting, experiment with dolly shots—the whole production, basically.”
Image courtesy of Fredrik Johnsson

Telling a story in archviz

What’s intriguing about Fredrik’s Varberg animation is its emotive quality—the sense of being there. That’s what sets Twinmotion apart from other rendering solutions: its power for storytelling. The tool’s innate potential for crafting narrative is built on its speed and ease of use. “The time from idea to finished product is very short,” says Fredrik. “It's so easy to make changes and test new ideas.”
Image courtesy of Fredrik Johnsson
Quick, intuitive workflows enable the user to rapidly experiment with and iterate on different concepts. The foundation upon which these are built is the Twinmotion interface, which has been designed for ease of use. “The user interface makes it so easy and painless,” says Fredrik. “Even though there are hundreds of different parts that make up the whole, it’s easy to keep order. When you have your world all set in Twinmotion, it’s easy to create still images and videos. A really cool feature is that you can make 360-degree panorama images.”

The ability to take 360° panoramic images enables you to do some innovative things. Fredrik took a number of 360°-photos and created a 360°-tour in 3DVista, for example.

You can create an animation exploring a real-time environment, but that’s not necessarily telling a story. To tell a story you need to add the secret ingredient: emotion. Fredrik succeeded in creating a more visceral sense of “being there” in his video by paying attention to the small details. “Of course, lighting is the key to getting the right feeling,” he says. “But as well as that, I love to use decals to make the model dirty. Otherwise, it will be too clean and tidy.”
Image courtesy of Fredrik Johnsson
Once the scene is looking just right, the software’s intuitive animation tools make it easy to craft the narrative with a compelling walkthrough. After that, it’s a case of adding the finishing touches, like music. “Somehow, it worked OK even for a beginner like myself and the video struck an emotional chord,” says Fredrik.

An ecosystem of real-time tools

The Varberg of today would probably be largely unrecognizable to one of the city’s residents from the Middle Ages. The city is set to change further still, with three major urban development projects planned for the coming years: an underground railroad, moving the harbor, and a new urban district called Västerport.

Town planners need a way to show politicians, officials, and residents how these construction projects will affect the city. More than this, they need a way to sell a vision of Varberg’s future; to tell its story.

The technology to achieve that is becoming ever-more sophisticated, opening up new and exciting avenues of possibility. “We did a large collection of geodata from aircraft last year where we covered the entire municipality of 900 square kilometers,” says Fredrik. “We collected 10 billion laser-scanned points and 120,000 oblique images that we can now use to build the municipality in 3D with terrain, buildings, and trees.”

You can see an example of this type of project in the video below, which shows how drone footage of a dyke under construction was used to create an animation in Twinmotion.
As Epic builds out its family of visualization tools based on an open, connected ethos, and as an ecosystem of plugins and tools grows around that central hub, those like Fredrik who are designing, planning, and engineering our next generation of cities are being empowered to better tell the story of how those developments will look. “Because Twinmotion is part of a larger family of software such as Quixel Megascans and Unreal Engine, you get a lot of powerful tools right at your fingertips,” he says. “It will be very exciting to try out Unreal Engine 5, MetaHuman Creator, and the coming versions of Twinmotion.”

MetaHuman Creator is an upcoming new tool that will enable anyone to create a bespoke photorealistic digital human, fully rigged and complete with hair and clothing, in a matter of minutes.

Tools like this, alongside Unreal Engine 5, are set to give creators the power to tell stories like never before. “SpaceX and Boston Dynamics do fantastic things, but with these companies you are just a passive spectator,” says Fredrik. “Being able to be an active participant makes Epic Games the coolest company right now!”
Image courtesy of Fredrik Johnsson