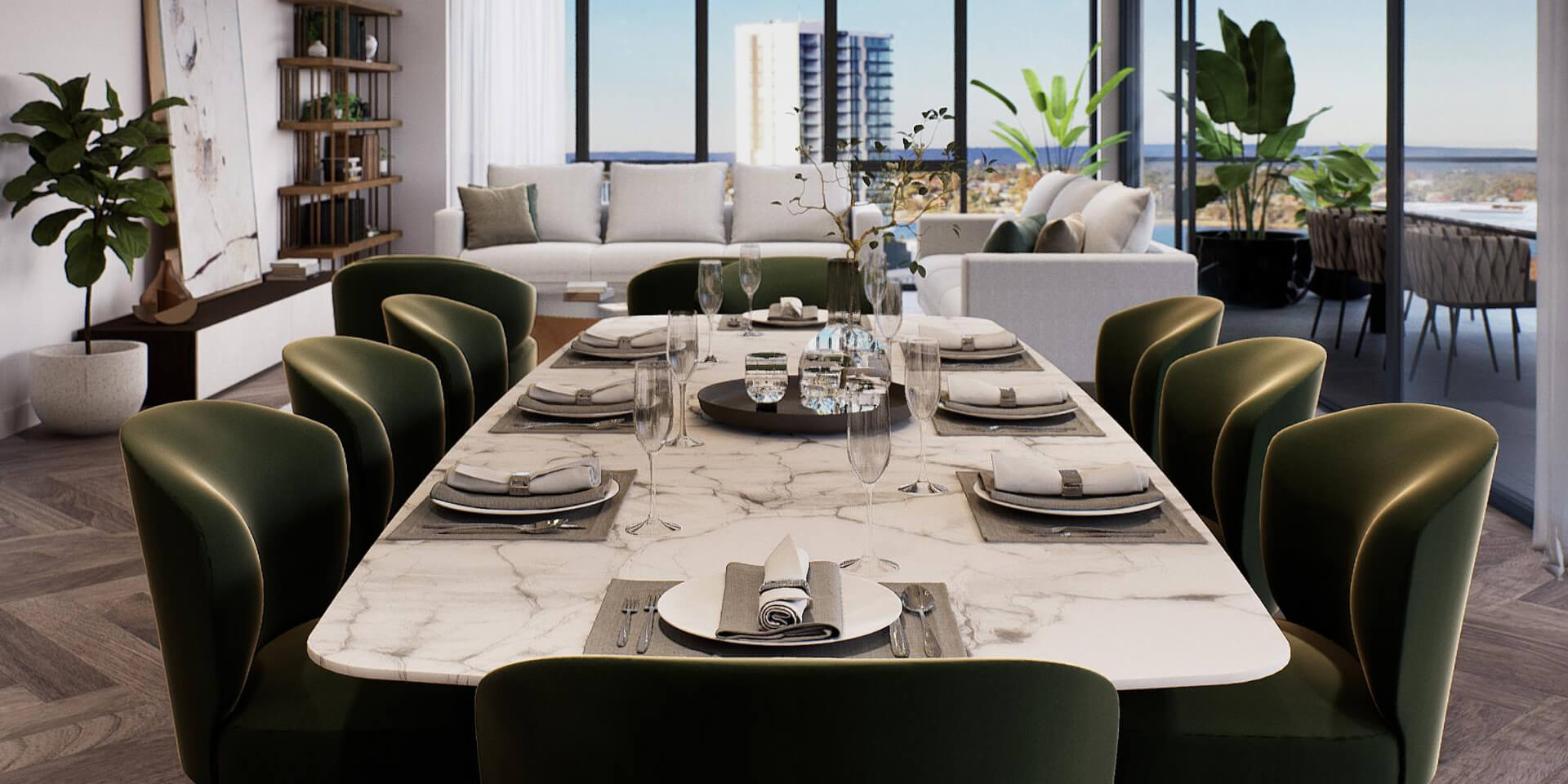 By Ken Pimentel
Buying a new home is said to be one of the most stressful experiences you can have in life. For those buying off the plan, it can be even more daunting. Real estate agents have traditionally relied on a limited range of tools to help buyers envision how an unbuilt project will look. These include 2D plans, elevations, 3D renders, and animated walkthroughs, alongside physical showrooms. Even with these assets, it’s hard for homebuyers to have the confidence to take the plunge.

Australian real estate luxury apartment specialist DevelopWise is all too familiar with this challenge. When it needed to help potential buyers visualize its Sanctuary Mount Pleasant development in Perth, it decided to try something different.

Thanks to enlisting the expertise of Buildmedia, an award-winning architectural and infrastructural visualization studio based in Auckland, DevelopWise customers had the opportunity to explore a complete digital 3D model of the unbuilt apartments in real time via Buildmedia’s proprietary touch screen and VR display suite, Realspace. It’s been a revelation. “We don't even need a traditional display suite anymore as Realspace does a great job representing the project,” says John Woon, Managing Director at DevelopWise.

Buildmedia has been working with real-time technology for the last ten years and has used Unreal Engine for the last four. The engine powers Realspace, which was created specifically for large touch-screen TVs to showcase and sell property off the plan.

Real estate developers that come to Buildmedia naturally tend to be forward-thinking—and this was certainly the case with DevelopWise. “They could see the potential for having an interactive interface to virtually walk their buyers through the development, but they also understood the incredible amount of marketing materials that could be generated using Unreal Engine,” recalls Tim Johnson, Technical Director at Buildmedia.

With wary homebuyers seeking to better understand the space before investing in an unbuilt home, trust is key. One way real estate agents can build this trust is by removing the guesswork. “By placing control in the hands of buyers, a real-time model in Unreal Engine allows people to fully explore the apartment and control where they go,” explains Johnson.

The result is a significant reduction in sales acquisition time, with homebuyers taking less time to get to grips with the off-the-plan development. “Realspace has definitely helped buyers understand the project quicker and has given them a more informed basis to make a purchasing decision,” says Woon. He adds that this transparency can be much more difficult to achieve when you only have a handful of 3D renders and floor plans to use.

Using the Realspace touch-screen and VR display suite, agents can show homebuyers through the modeled interior of the luxury Sanctuary apartments, all while explaining the building, answering questions, and showing different finishes. For a more immersive experience, they can also use a plug-and-play VR headset.


“Agents feel more technically equipped and have the ability to answer more questions using real-time visuals,” says Johnson. “And buyers feel more informed and empowered through a better understanding of the development, which leads to them staying in the show suite for longer.”

Buildmedia is primarily a 3ds Max studio, having used the software for the last 16 years to visualize unbuilt architecture and infrastructure. “Our workflow is more closely related to how a game developer would work, taking into consideration geometry budgets, than an architecture firm that would be using a 3D modeling package to test designs,” says Johnson. 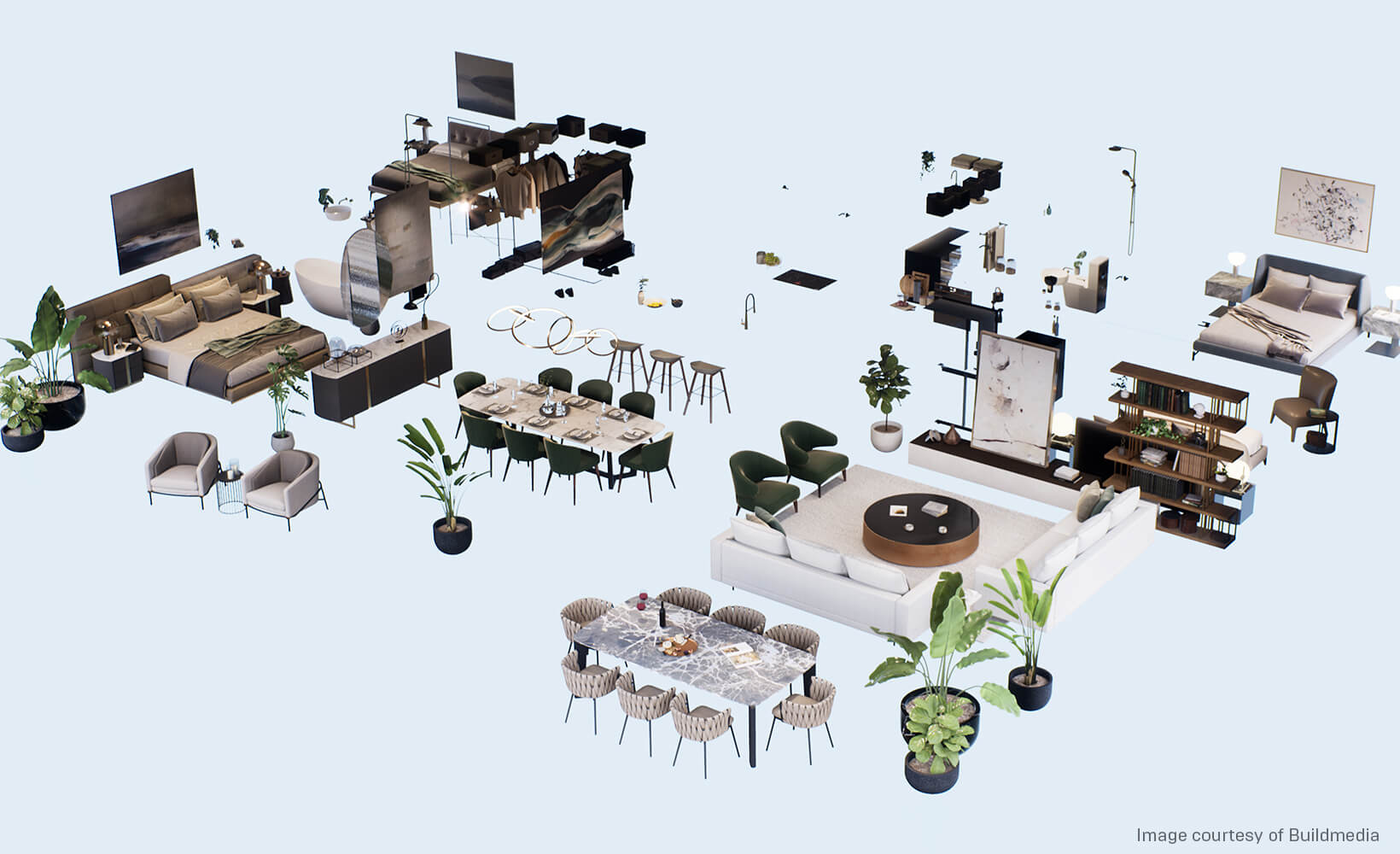 The team used Substance Designer to develop unique textures for the project as well as developing their own custom material assets. “This allows us full control over all values,” says Johnson. “Our artists can simply drop the textures into the correct slot and quickly switch on and off instructions as they need. The power of Unreal’s material system means we don’t reinvent the wheel every time we create a material, and we can ensure everything is instanced and as optimized as possible.” 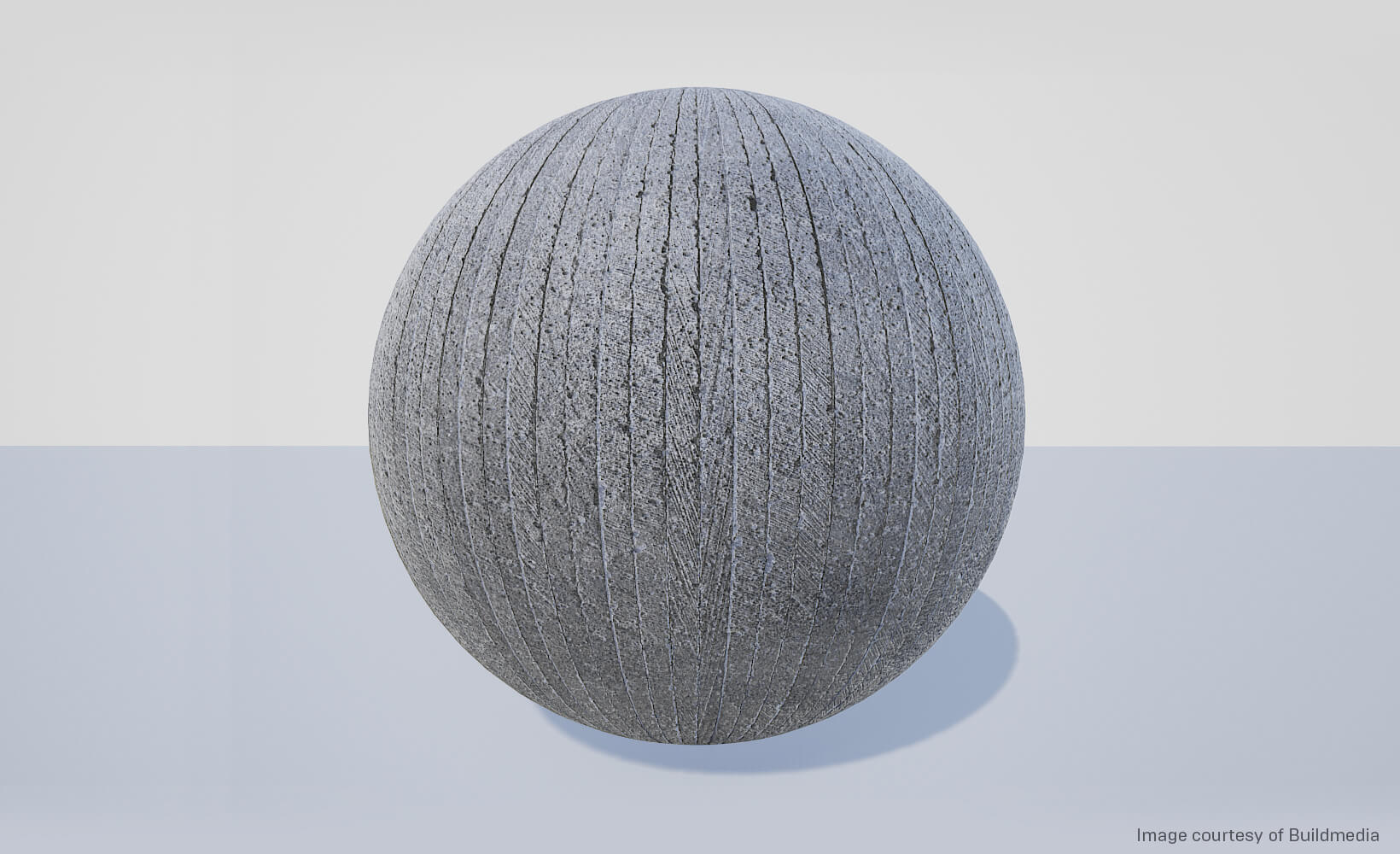 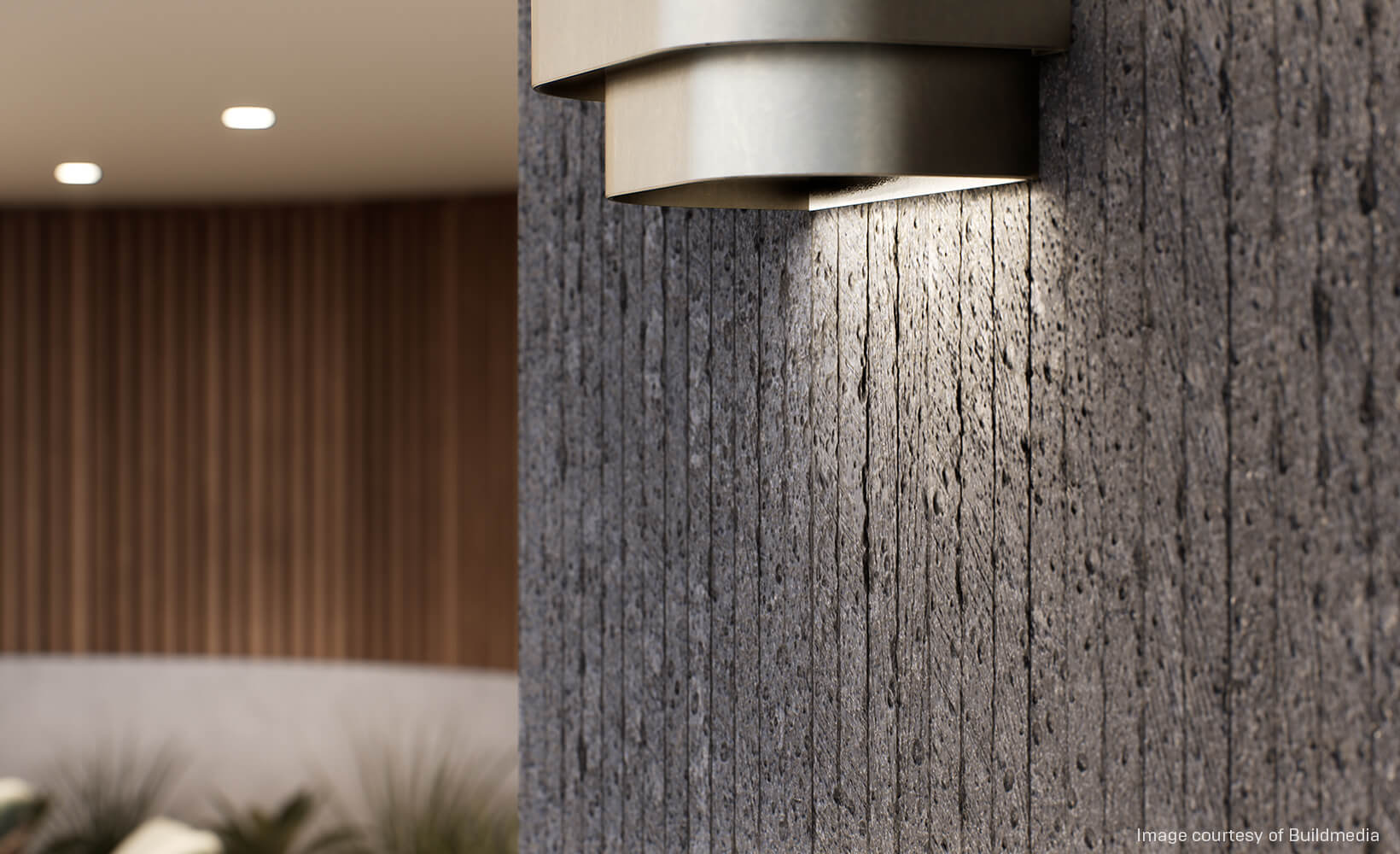 Buildmedia delivered over 200 images, 15 minutes of animation, and a 360° tour of every interior for the Sanctuary project. “To generate this much content efficiently is only possible using real-time,” Johnson says. 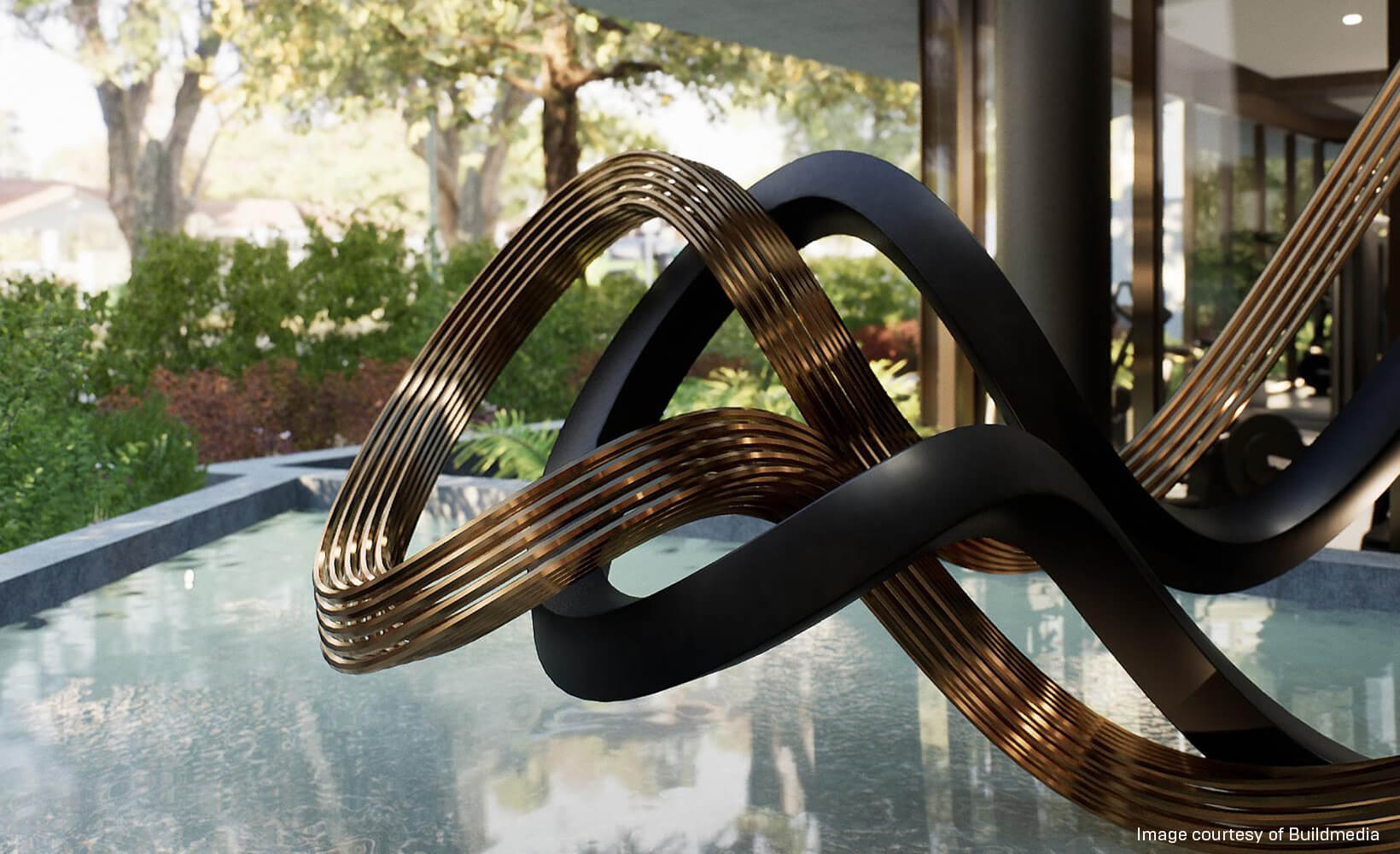 The project encompassed deliverables for a range of different spaces within the Sanctuary complex, including apartment interiors, the lobby, gym, roof garden, and others. One of these immediately stood out to the Buildmedia team. “We knew that the rooftop garden would be an important feature and that it would be challenging because the client would be expecting a certain level of detail coming from traditional archviz,” says Johnson. “The amount of vegetation was going to be a challenge, and as the presentation is fully interactive and you have the ability to walk right up to any element of the design, the plants were important to get right.”

For the interactive experience, the team experimented with different levels of detail until they found a happy medium between the detail and the frame rate. The interactive rooftop scene runs at 35 fps on an NVIDIA GeForce 2080 RTX GPU. “Usually we don’t shy away from baking high-density plants in an interior, however for the rooftop garden there were hundreds of plants that were all required to be extremely detailed,” says Johnson, going on to explain how instead, all the plants on the rooftop were movable objects with the lighting baked using V-Ray before being imported into Unreal. This enabled the team to quickly iterate on the scene. They also leveraged some Quixel Megascans (high-quality captures of real-world textures) to speed up the process. 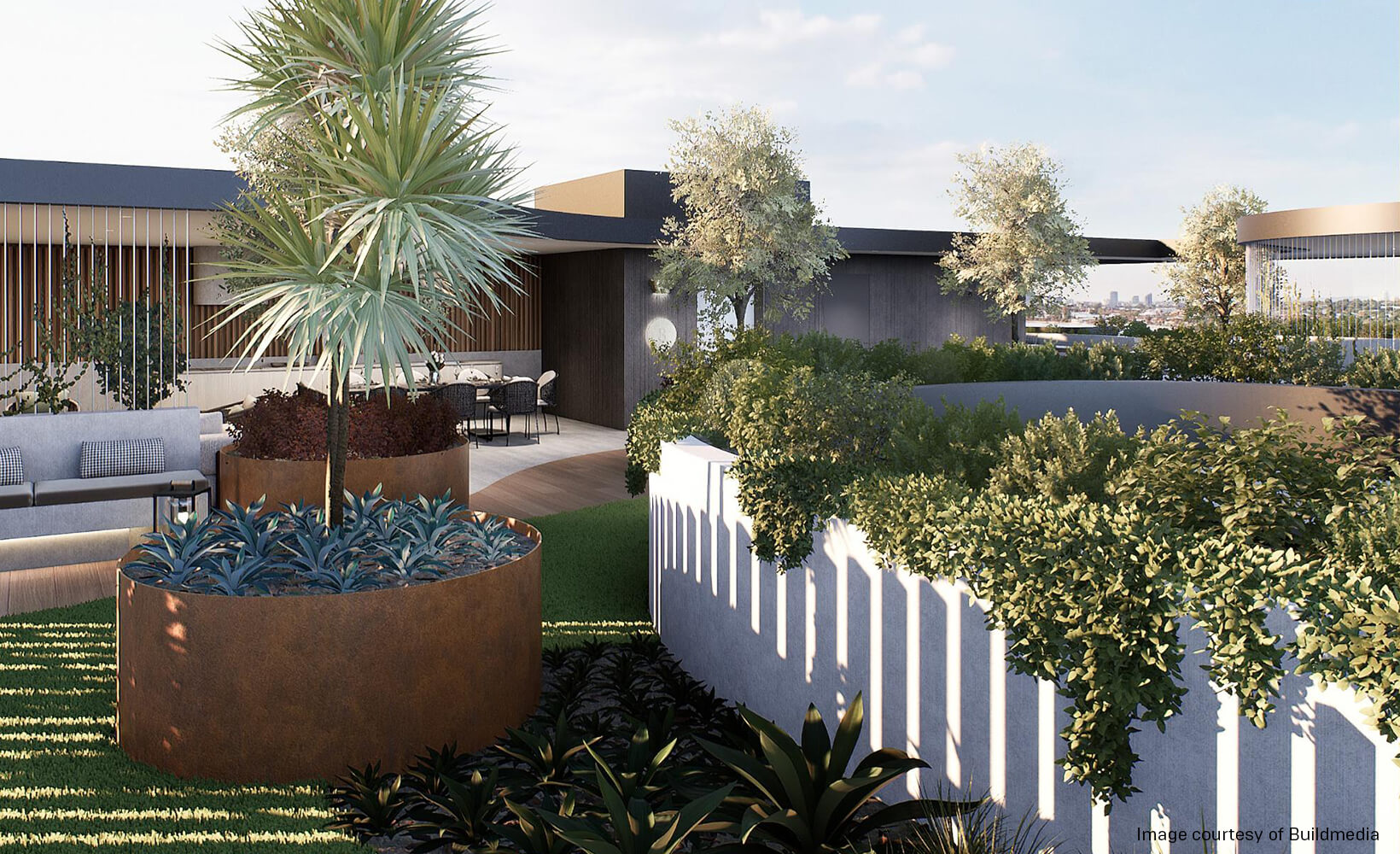 Getting the interior design right was another critical part of the project. “Using Unreal Engine to drop furniture items into a scene, test them with the client, and get feedback worked out faster than traditional methods,” says Johnson. “We could test layouts quickly by just simply moving things around with dynamic lighting. This allowed us to make more amendments in a real-time environment before locking in the design.” 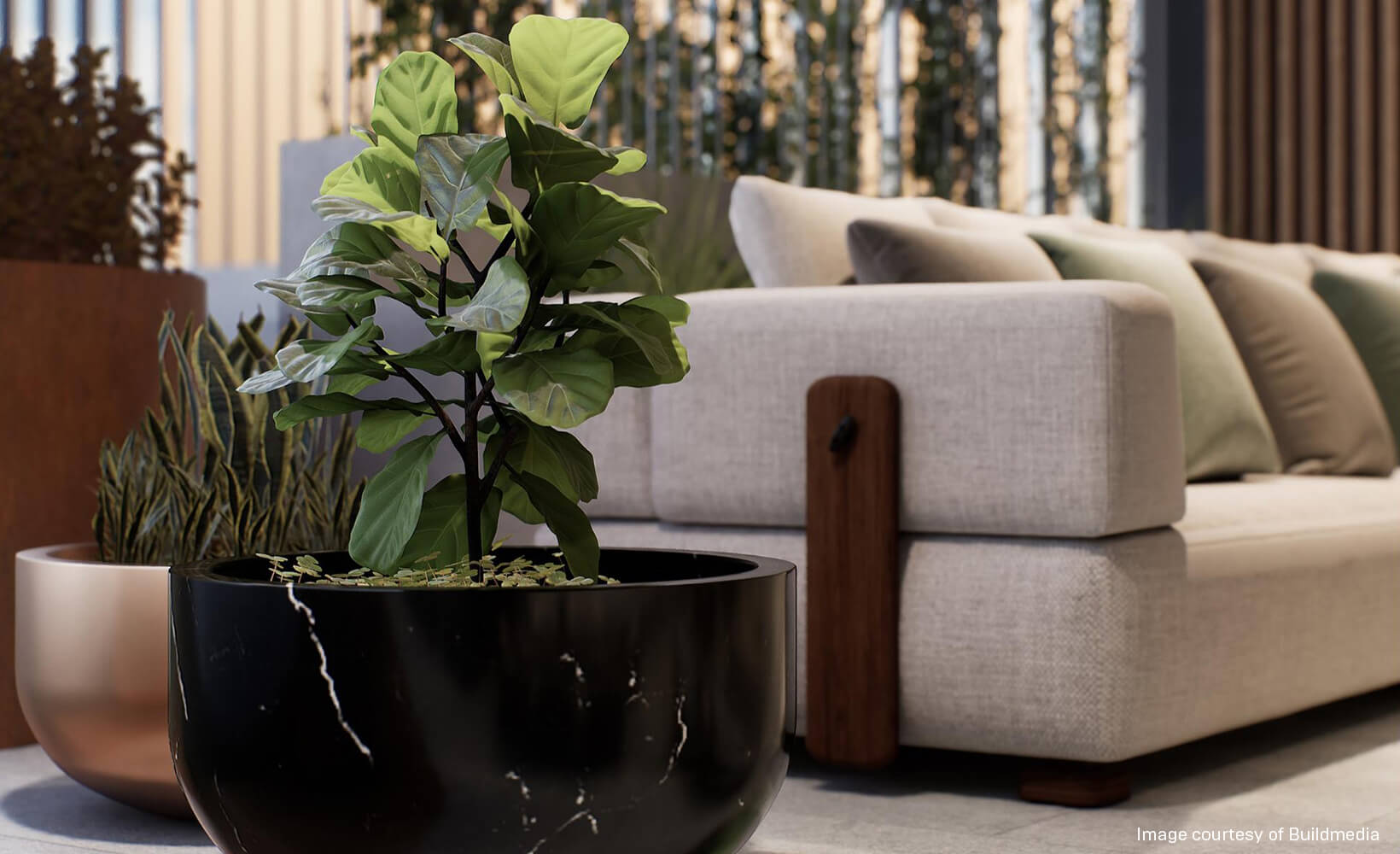 The team made good use of Unreal Engine’s visual scripting system, Blueprint. “We spent some time developing our own tools and Blueprints in Unreal Engine that sped up our workflow considerably,” Johnson explains. “Blueprint is a powerful tool for our artists, enabling them to automate some of the more tedious tasks when setting up a scene. Our Realspace template built in UE4 has many functions—it's important that these are quick to implement with as few steps as possible.” 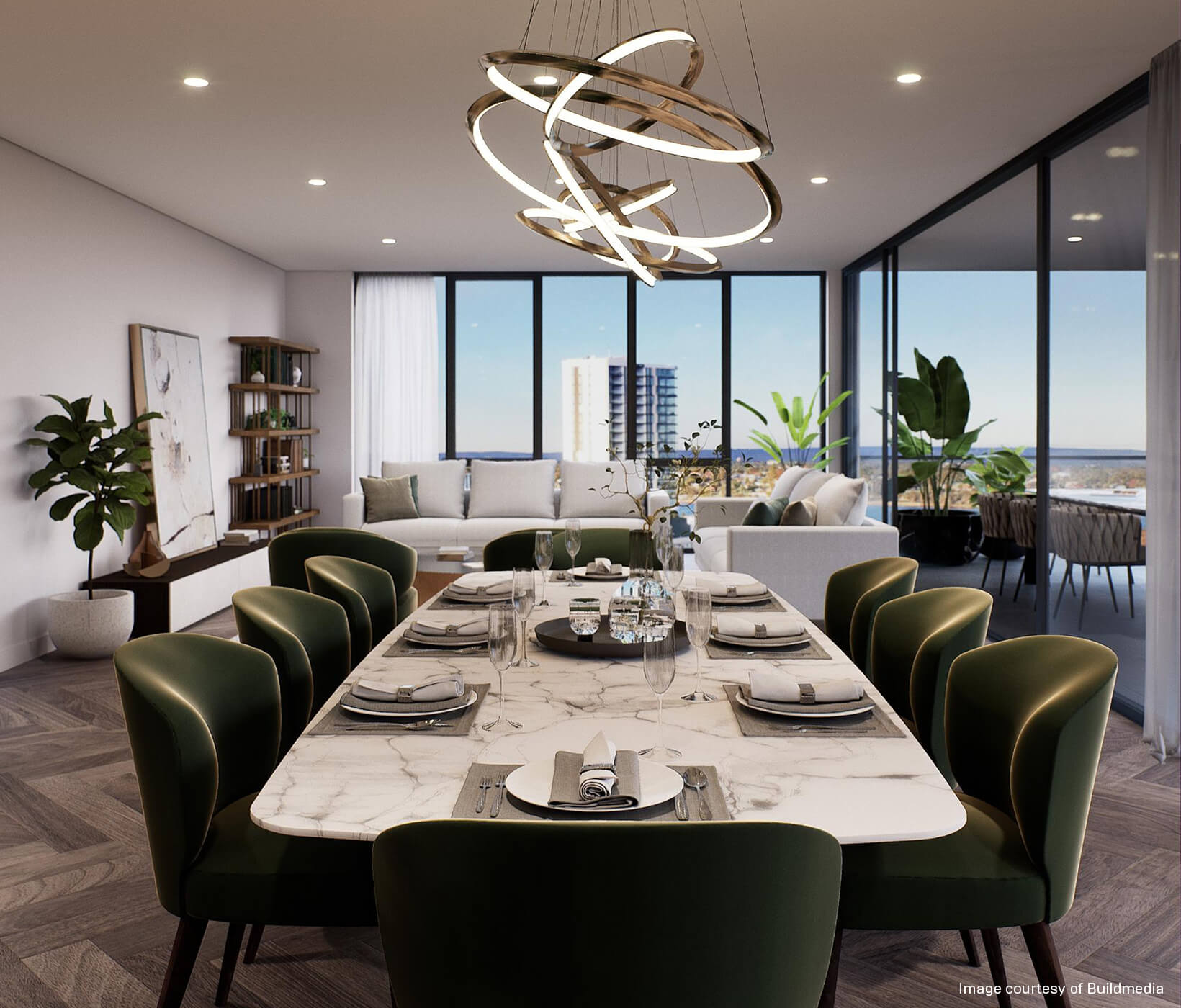 These functions include the ability to move up and down levels to test different perspectives, change materials, render and email images directly from the interface, and pull up marketing material like floor plans and images. All of these use elements of the Blueprint system, which enables the Buildmedia team to quickly implement them in a project.

Since partnering with Buildmedia, DevelopWise has wholeheartedly embraced the real-time approach to marketing and selling real estate. At a recent black-tie event they hosted at the Crown Towers Perth Ballroom, the team set up touch screens for people to explore the development.

“Buyer meetings have been more in-depth and informative,” says Woon. “It's allowed buyers to understand the development in one sitting. Half-hour appointments tend to stretch to one and a half hours on average, as they’re a lot more engaging.”

Real-time, interactive experiences and photorealistic, UE4-powered renders are now pivotal tools in the DevelopWise sales and marketing arsenal. “Considering off-the-plan is essentially an unbuilt building, Realspace is the most effective way to sell this real estate versus the traditional physical display suite,” says Woon.


Want to create your own architectural visualizations that sell your designs? Download Unreal Engine today.