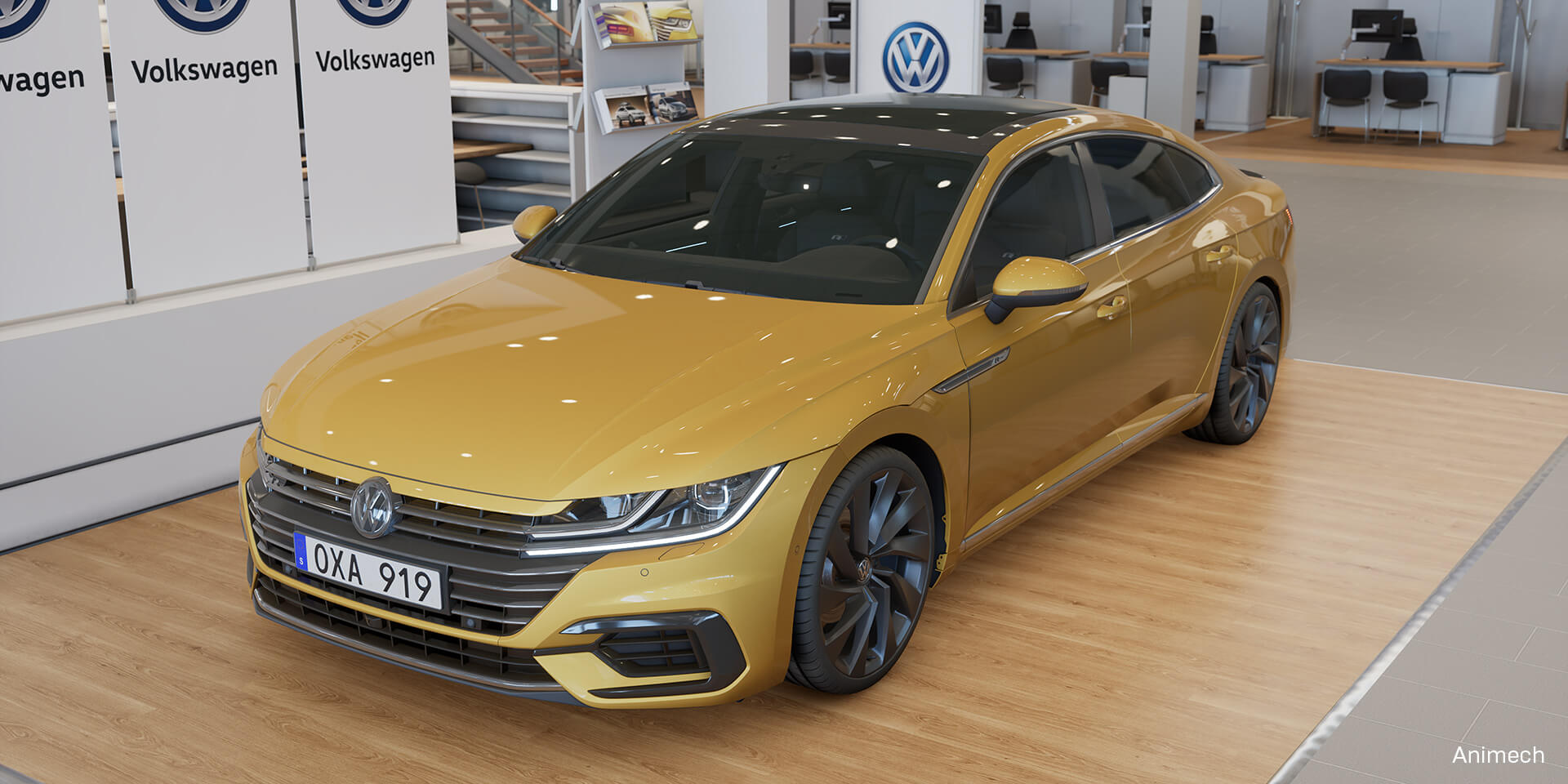 How Animech designed a custom volkswagen VR experience that sells

By Simon Jones
When it comes to designing a memorable interaction that resonates with customers and sticks in their minds long after the experience is over, few modern tools are as effective and powerful as virtual reality. For automotive manufacturers, VR offers the perfect mix of total immersion and unparalleled customizability that only real-time technology can deliver. The exciting new potential it unlocks is spurring major automotive brands to adopt a fresh approach to how it engages customers through real-time experiences.
Based in Uppsala, Sweden, Animech specializes in using Unreal Engine for creating visualization tools to help clients elevate their brands. The engineering and design visualization firm recently caught the eye of Volkswagen Sweden, who commissioned the team to build a groundbreaking VR car configurator experience to help showcase its new Arteon model. 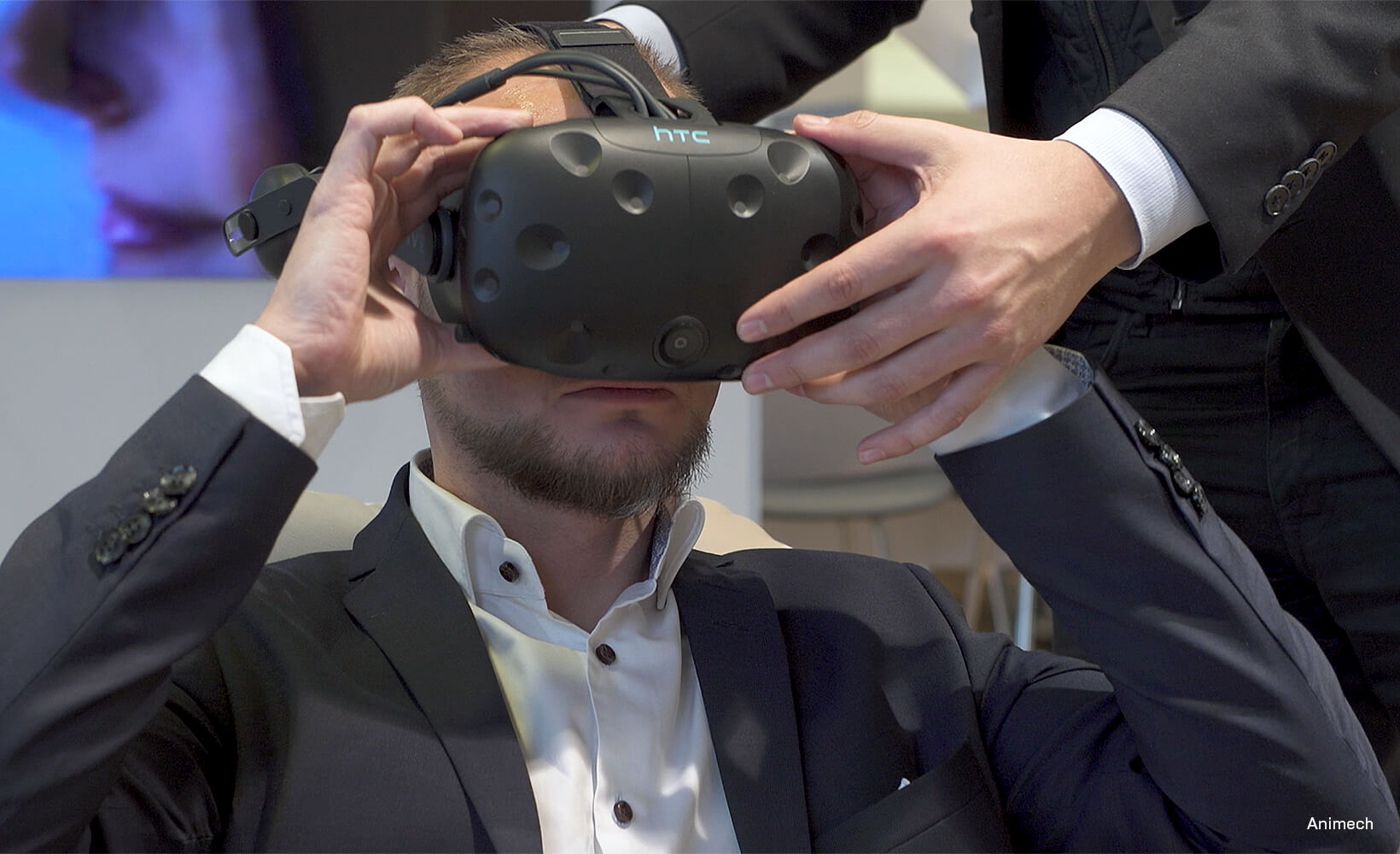 Using a HTC Vive and Animech’s VR car configurator, customers can virtually explore the interior and exterior of Volkswagen with full photorealistic customization.

Animech first started working in Unreal Engine in 2015, when the studio was tasked with visualizing the tallest skyscraper in Northern Europe for a client’s VR Google Cardboard application. Using Unreal let the team deliver a next-level interactive visual experience, says Animech business director Staffan Hagberg. Showcasing the high-fidelity results from that project during a VR event at the Animech office had a big impact on Volkswagen Sweden representatives who attended, spurring them to tap into the potential of VR as a tool for selling cars in the future.

They needed a way to show its new Arteon model to potential customers but at the time didn’t have any models available in its dealerships to entice consumers to pre-order before the car’s official launch. The many potential Arteon configurations available added another challenge to the mix, however, Animech designed a custom-tailored real-time VR configurator that let consumers get up close and personal with the Arteon in ways that wouldn’t have otherwise been possible before physical demo models were available. 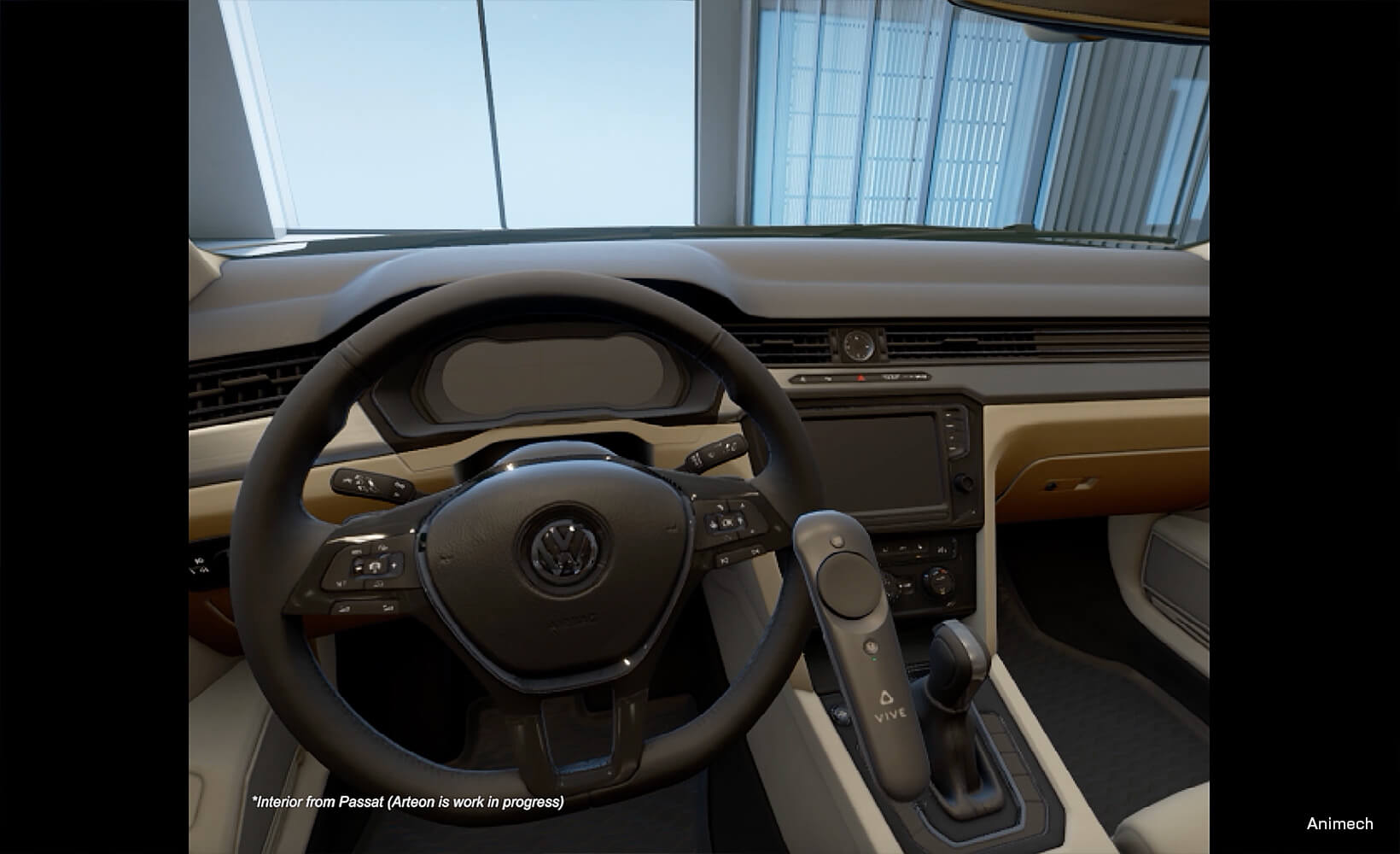 The Unreal Engine-powered VR experience offers unparalleled photorealism and immersion for customers eager to explore the possibilities of customization.

The unique experience let consumers don VR goggles in order to get an immersive, photorealistic look at the Arteon’s interior and exterior from every angle in a fully customizable and interactive way. Swapping features, colors, and other important visual details in real time let users get a feel for how their custom spec options would look. Additionally, the experience tied into the central business systems, which allowed dealers to easily produce a price quote based on a user’s customizations. It proved a powerfully effective tool for driving pre-orders.

“Visual quality is very important for Volkswagen, and that's why I recommended and pushed for Unreal Engine,” says Aidin Abedi, technical manager at Animech. “The biggest benefit is that you get everything out of the box, giving the artists the ability to create the perfect scenes, the perfect lighting, the perfect materials without having to go through developers and tweak it to perfection.”

Having access to hands-on support when it was needed was also critical for overcoming obstacles and bringing the design vision to life during development. “When we called the Unreal Enterprise team and asked for support, they had a guy in Sweden and they sent him to our office and he came by and helped us and sat with the developers,” says Hagberg. “Feeling that the Enterprise team had our back, that was tremendously important for us.”

“VW Sweden trusted in us and they let us do our thing. When we showed them the first version we really blew their mind, because they did not expect it to look as good as it did,” he adds.

The difference between the virtual model in Unreal Engine and the real thing is intangible, giving users a hyper-realistic VR experience even when a physical model isn’t available.

Animech’s VR experience built with Unreal Engine has become a standard offering at dealer showrooms for Volkswagen Sweden, significantly changing the landscape of customer experience. While it’s still a newer addition in dealerships, this could soon become the industry-wide norm, given how effective it is.

“Almost everybody starts to laugh if it’s the first time they try a VR experience,” says John Anderson, private car sales associate at Volkswagen. “They don't really know what’s real and what's not because it looks like you’re inside a dealership, except they are looking at the car exactly as they do in here. They get really happy.”

Watch the video above to see Animech’s VR auto configurator experience in action!

Ready to level-up your design visualizations in Unreal Engine? Download it for free today.