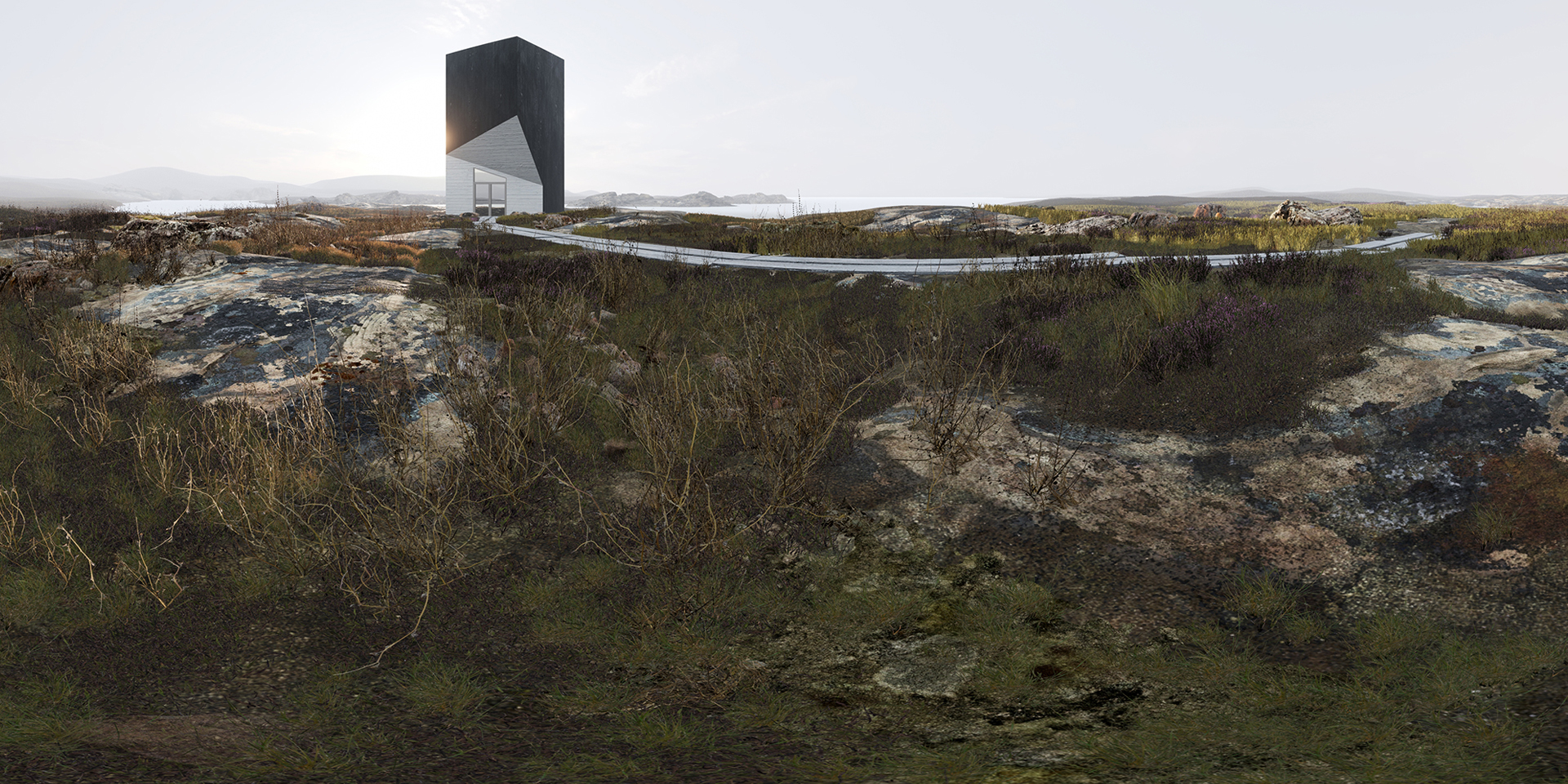 When architect Pawel Mielnik set out to tackle the Ronen Bekerman CABINS Challenge, he decided to try something new: real-time rendering. Mielnik, who specializes in architectural visualization at Poland-based Essentium Studio, took a step away from his usual workflow to try out Unreal Studio for the first time.

Despite never having used the software before, Mielnik created several stunning images of a Fogo Island cabin that landed him as a finalist in the competition. Most of the competing imagery used offline renderers.

Mielnik’s work caught our attention when he posted it on the Unreal Studio forum. 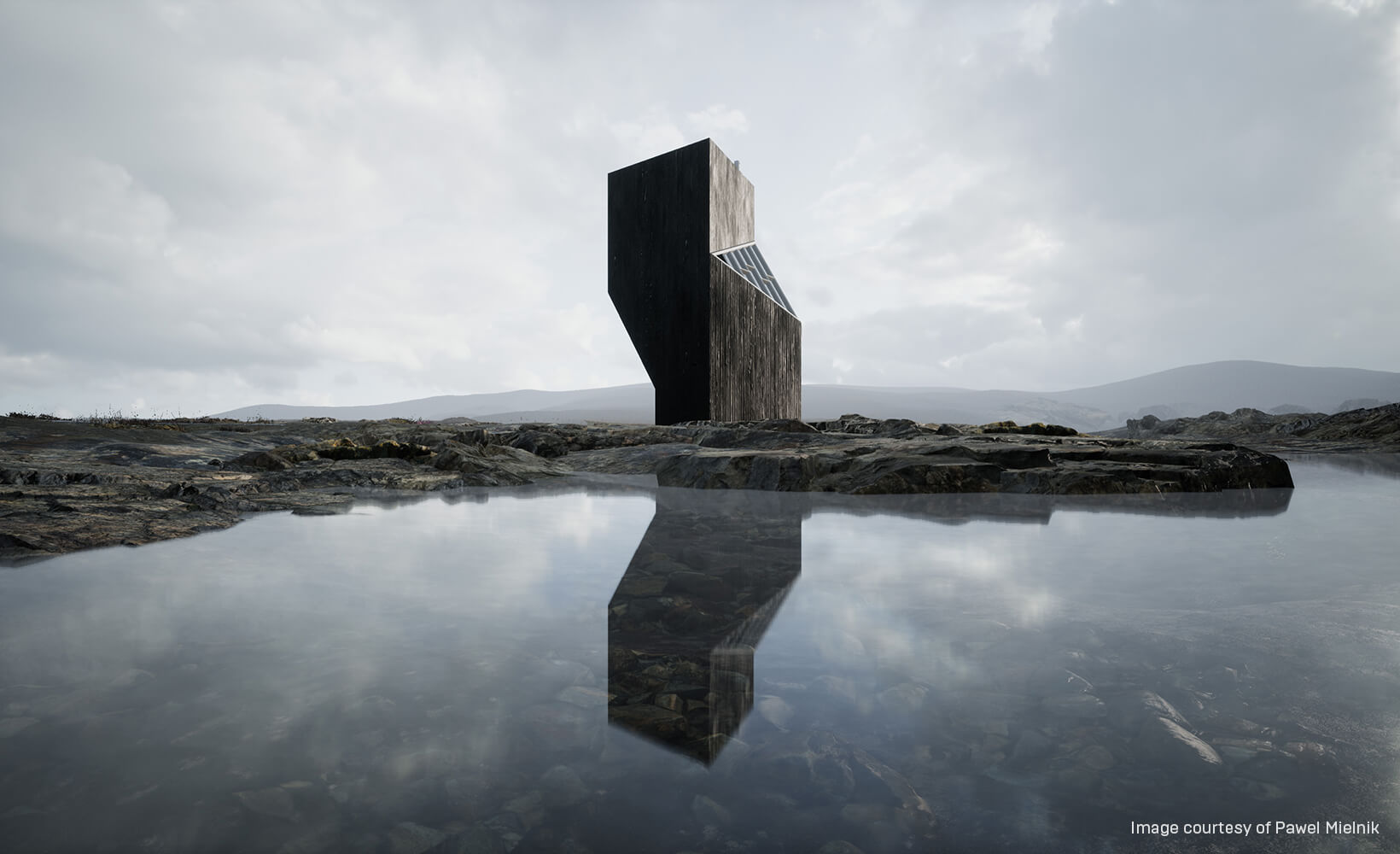 Mielnik has long used 3ds Max as his primary DCC tool with V-Ray for rendering. After watching a number of YouTube tutorials on Unreal Studio by other visualization professionals, he decided to give it a try. “I’ve seen people achieve really good results fairly quickly,” says Mielnik, “and the way they did it didn’t seem too difficult.”

Before starting his project, Mielnik browsed the Unreal Studio forum to find out how others achieved similar results, and watched all the relevant videos on our Unreal Online Learning hub. 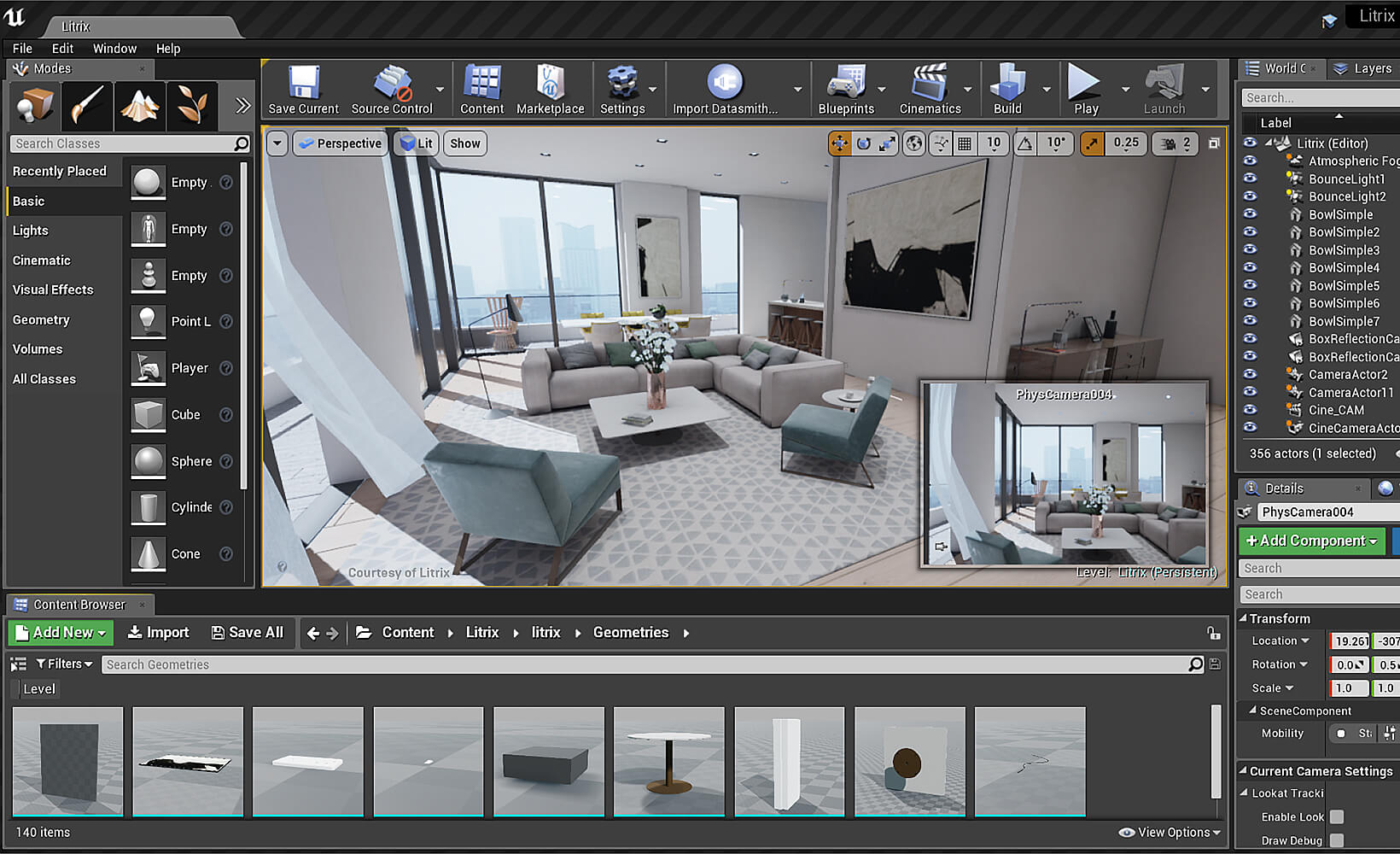 Next, he chose a project: Tower Studio, one of the iconic Fogo Island cabins by Saunders Architecture. Fogo Island, off the coast of Newfoundland in Canada, is well known for its striking coastline. “I like the shape of the Tower Studio,” says Mielnik, “and was amazed by the landscape.”

Mielnik started by creating the model in 3ds Max, then exporting it to Unreal Engine with the Datasmith plugin [now included with Unreal Engine]. “Using Datasmith was so easy,” he says. “It’s really just a matter of clicking one button. Prepare your model, set up some simple UVs, and export.”

Next, he turned his attention to the environment. Mielnik started by creating a simple landscape and sculpting it with Unreal Engine’s tools. He then made a landscape material with four layers using Quixel Megascans and Substance Designer textures, and started painting.

Mielnik also used Megascans for the foliage, setting up a master material and then painting and tweaking until he was happy with the results.

“Building the master materials was a bit of a challenge,” says Mielnik, “but being able to paint with the layers was easy and fun.” 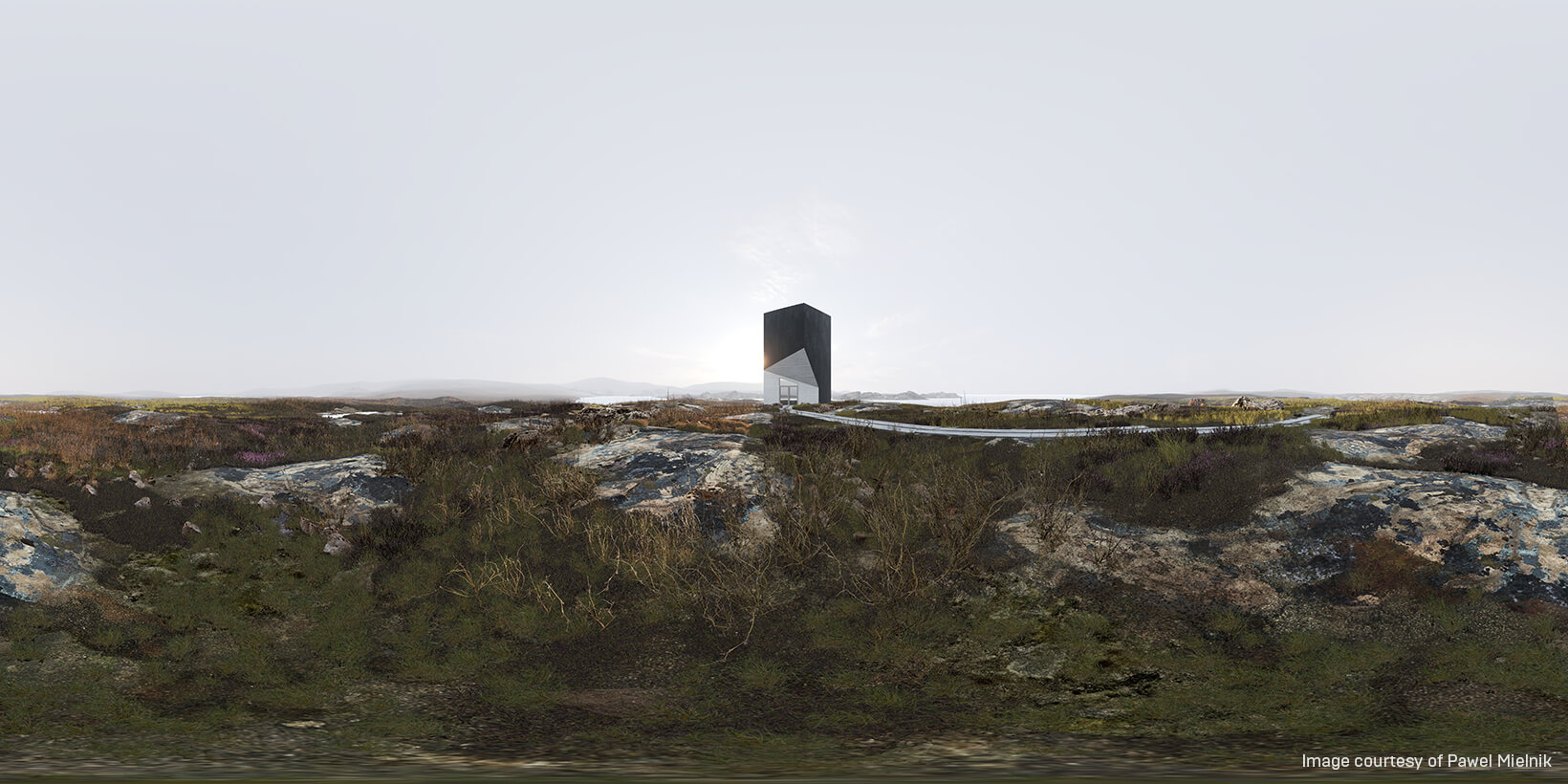 Panoramic view of the site. You can navigate this panorama in the artist’s Artstation portfolio.

He also appreciates being able to use Unreal Engine to test multiple lighting scenarios. “Testing goes very quickly. You don’t have to press ‘Render’ and wait for the results every time you make a change.”

To add to his still renderings, Mielnik tried his hand at a 360-degree panorama with Unreal Engine. “This process takes hours when using offline render engines,” he says, “but with the NVIDIA Ansel plugin, it literally took two minutes. It’s amazing how much time it can save you.”

He adds that he didn’t do any touch-up on his images with outside packages—all his imagery came straight from Unreal Engine.

In creating the project, Mielnik learned not only a new workflow, but a new way of seeing the scene progress. When he began painting, the real-time results gave him a very different experience from working in a DCC viewport with a separate rendering step. “It took me a while to get used to seeing the work in progress rendered right there in real time,” Mielnik says, “but now I very much prefer it over the previous way that I worked.” 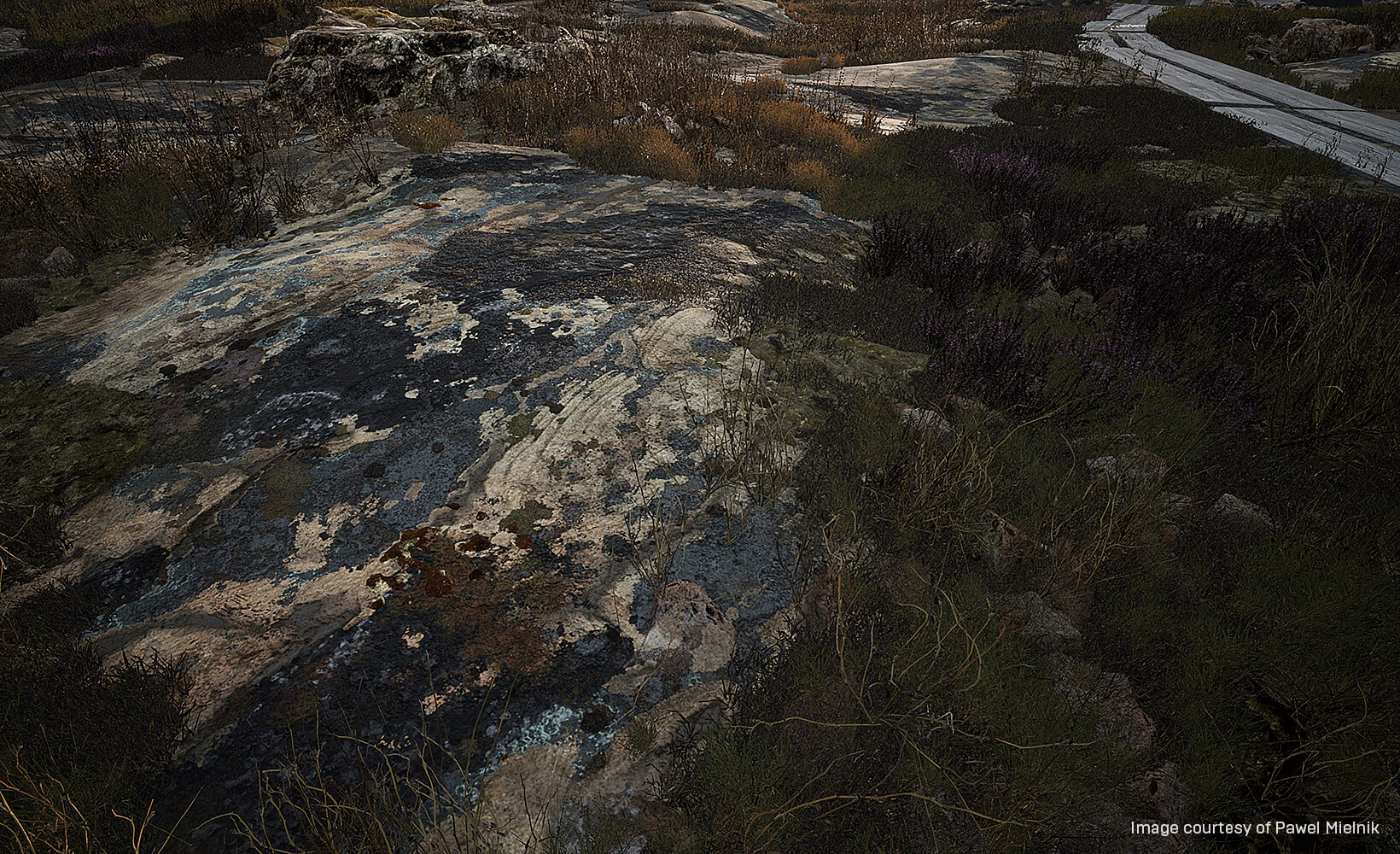 “I love how easy it is to achieve certain effects that are much more time-consuming with other engines used for arch viz,” he says. “A great example is volumetric fog. You just drag and drop into your scene and work a little on the values, and it’s done.”

Mielnik is excited about using Unreal Engine for future projects. “I’m just starting to appreciate how quick it is to create animations, and haven’t even touched VR and walkthroughs yet.”

You can see more of Mielnik’s work on his personal website and on his Artstation page.

Save time and make something great

Want to try out Unreal Engine and Datasmith yourself? Download it for free today.