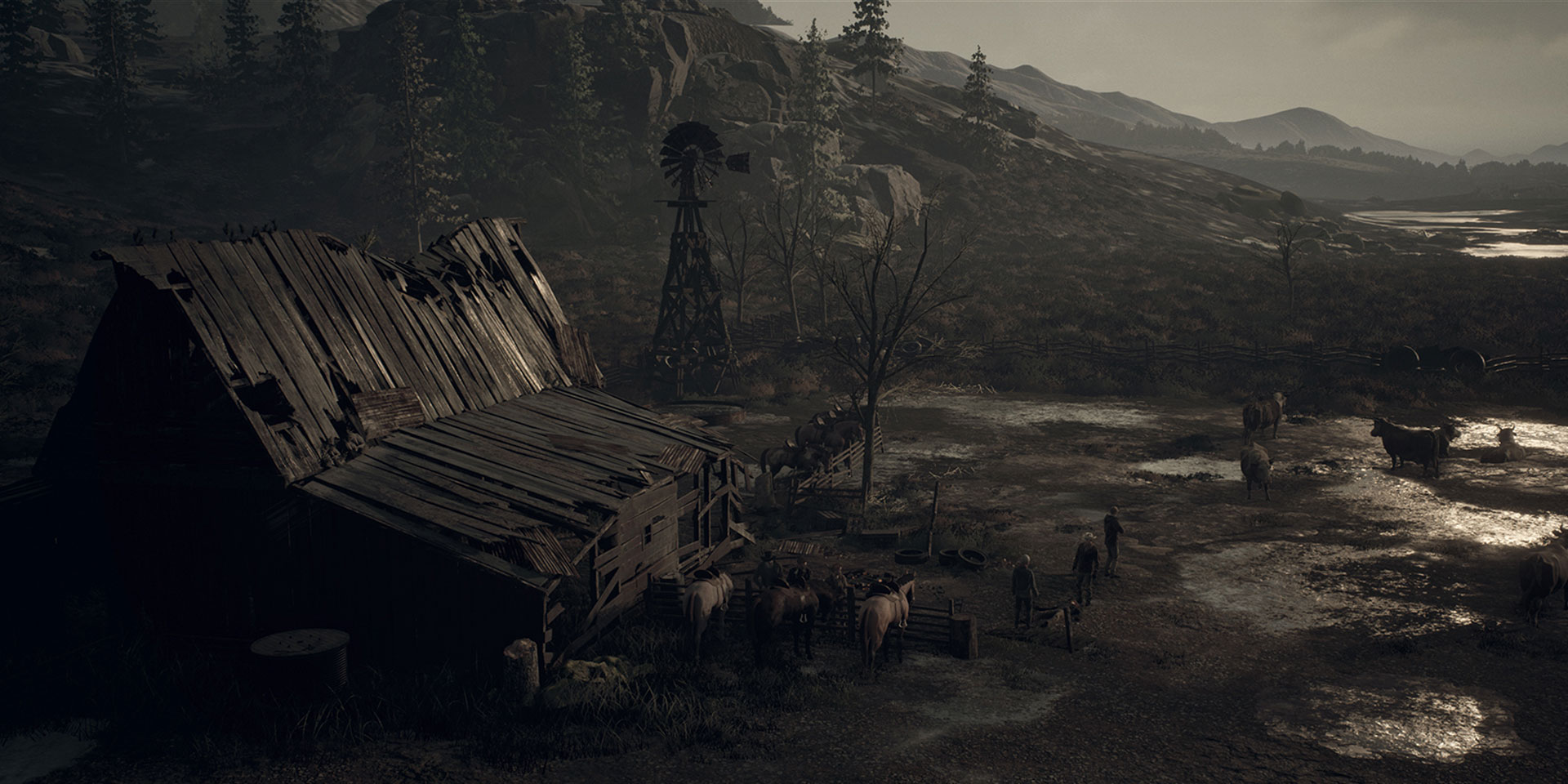 Planet of the Apes: Last Frontier

Andy Serkis has been a pioneer in the evolution of performance capture across both Hollywood and interactive entertainment. Those two worlds converge with Serkis’ latest project, Planet of the Apes: Last Frontier. The new game from developer The Imaginati Studios, published by Serkis’ Imaginarium, and under licence from FoxNext Games, introduces a new cast of human and ape characters to the universe.

Available now on PlayStation 4 supporting Playlink and coming to Xbox One and PC, the game has been designed for up to four players to experience both sides of the conflict between homo sapiens and the evolving primates. Rather than focusing on open world action gameplay, the developers have created an original branching storyline that challenges players to make split-second decisions that have moral implications.

The apes were brought to life using the same cutting-edge performance capture that has helped the most recent trilogy of films earn accolades from critics and audiences alike while earning over $1.6 billion at the global box office. And Unreal Engine 4 has been at the center of this interactive entertainment. 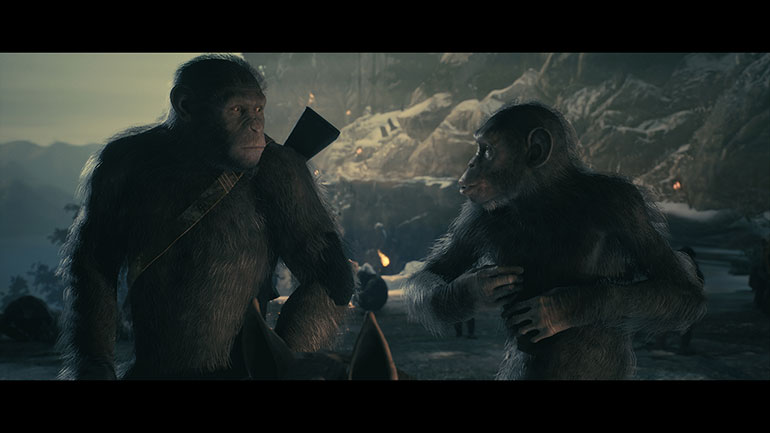 “You can get such incredibly detailed, nuanced performances now with Unreal and with performance capture technology,” Serkis said. “With the marriage of those two you can really see a phenomenal amount of detail and emotional engagement with the characters and the texturing of all the fur. Everything looks extraordinary.

“Its broken boundaries, especially for fur and those kinds of textures that have traditionally been tough for video game engines. And the way that the lighting interacts, aesthetically, it really carries that tone through from what we achieved in the movies.” 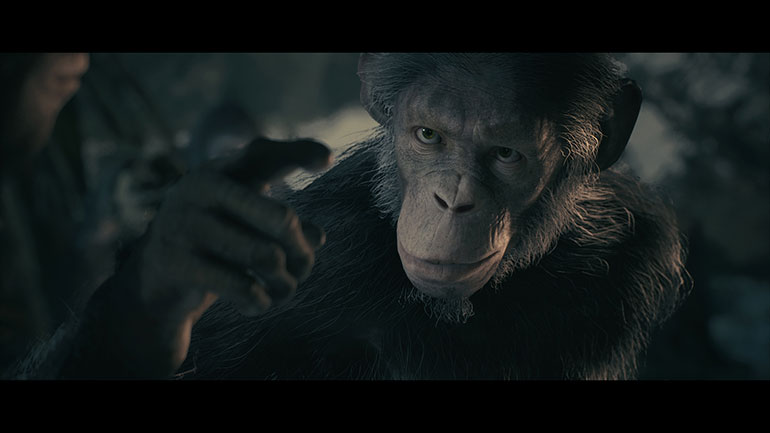 Having worked on many video games over the years, including Ninja Theory’s Heavenly Sword and Enslaved: Odyssey of the West, the latter of which is an Unreal Engine title, Serkis is very familiar with the creative side of the business. He’s seen Unreal technology evolve “unbelievably” over the last decade.

“It’s now creating out-of-the-box, audience-ready material,” Serkis said. “Something that we’re pushing at The Imaginarium is creating content using Unreal for final shots, and it works perfectly with performance capture. It always looked great, but the tools there for virtual production are extraordinary now. They’re world-class, and the rendering power is what final shots used to look like. It’s quite remarkable, and so exhilarating and exciting and intuitive.

“I love working with Unreal. As a director it’s such a brilliant tool. And being able to literally drag and drop in sets; it’s so creative in terms of interactive lighting and the characters look incredible. It’s the world that you can create around the characters in such a fast-moving and extraordinary, yet intuitive engine. And you can really be in the moment and come up with some really interesting stuff.”

Martin Alltimes, founder and owner of The Imaginati Studios, had previously spent years at Disney Interactive Studios and said his current team could never have made Last Frontier without utilizing Unreal Engine 4.

“When I started in video games it was all about internal technology created by an army of your top programmers, and it would take maybe 50 percent of the development of the game simply to get the tools to a point you could actually build the game,” Alltimes said.

“We started this studio less than two years ago, and everyone was able to be so productive from day one simply because the tools in Unreal are so mature and the technology behind it now enables people to make video games that look like they’re AAA, but they have a tenth of the budget. And this all because of the maturity of Unreal Engine.”

Alltimes said Last Frontier had a couple of programmers on board, compared to much bigger AAA games that utilize an army of programmers.

“If you look at our video game and you compare the quality of our graphics and the visual fidelity of everything that we’ve achieved, it’s up there with the best video games out there,” Alltimes added.

And while new Planet of the Apes game has borrowed heavily from Serkis’ experience in pushing performance capture to new heights, the game engine that powers the title is helping the Hollywood director tell linear stories. 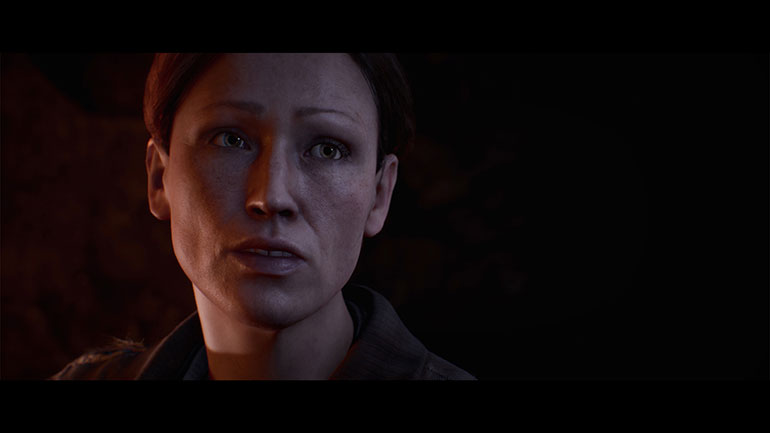 “Virtual production has become a massive part of the filmmaking process, and Unreal is very much central to that,” Serkis explained. “Rogue One used some final shots that were rendered using Unreal Engine 4, and that’s an extraordinary sign of where this technology is going to go. And that’s certainly something that The Imaginarium is very interested in because we’re producing our own films internally with our studio using Unreal.

“To think that you can create an entire movie that can be projected on a large screen using Unreal Engine is really exciting because it cuts down on so much post-production and you can keep that spontaneity and intuitive relationship with this subject matter with the actors. Everything in the room, and the aesthetics, can all be working together so that it has its own energy that you sometimes can lose over months and months of post-production.”

“This is definitely being absorbed, and you can see that people in Hollywood are starting to think of video game technology as a movie making tool,” Serkis concluded. “We’ve arrived, in that respect.”

And for fans of Planet of the Apes, Serkis believes there are more stories to explore in this universe across both film and video games.