We have a growing team of global evangelists who want to help you! Find the evangelist closest to you right here, right now. 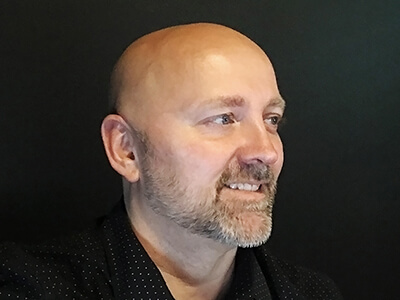 From a career that spans AAA to indie dev, Alan Noon is a cross-discipline game industry veteran having shipped a number of titles across a wide variety of hardware platforms including coin-op arcade games, consoles, PC, mobile, VR, MR, as well as slot machines.

As a Lead Evangelist for Epic Games, he spearheads the adoption and outreach efforts spanning the Americas.

Please contact Alan Noon if you are located in the Americas. 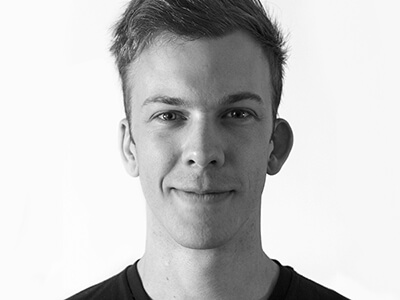 Alex, a Mechatronic engineer turned game developer, is an Unreal Engine Evangelist that has been working with Unreal Engine since 2012. He has a taste for bleeding-edge tech, and as such has a soft spot for Virtual Reality and the new technical challenges it provides. Primarily working in the Australian independent games scene as a programmer, he’s also worked extensively as a consultant and contractor in the VR, education, and simulation industries.

Please contact Alex Stevens if you are located in Austrailia or New Zealand. 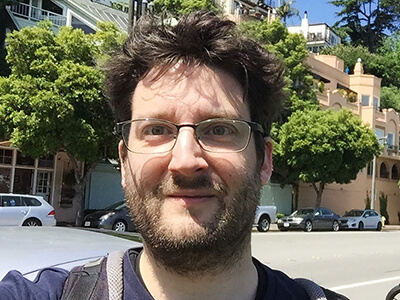 Andreas has 20+ years of experience in different roles. He worked as level designer, game designer and creative director on titles like The Settlers and Anno. He co-founded a mobile game publisher and an indie studio where a small team created the space exploration game The Long Journey Home with UE4. He was working as a game scout for publishers, helped indie developers with design and business development, managed the Indie Arena Booth at gamescom in 2018 and lectured at different schools and universities. He loves tinkering on prototypes and streaming on Twitch.

Please contact Andreas Suika if you are located in Western Europe.

Arran Langmead has been an educator and indie developer for nearly a decade. His expertise ranges across most areas of games, having designed, developed, and published work across multiple platforms. He supports developers around the UK, giving artistic and technical advice—while also speaking at events and guest lecturing at universities.

Please contact Arran Langmead if you are located in the UK or Ireland. 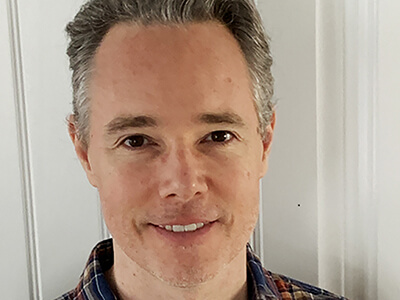 With over 20 years in AAA and indie development, Chris has been involved with franchises such as Star Wars, Myst, XCom, The Elder Scrolls, and Fallout. His roles have ranged from technical art and design to programming and VR production, on a wide variety of hardware and platforms.

Now, as an Evangelist for Epic Games, he applies his knowledge and excitement for real-time interactive experiences to help indie developers realize and leverage the awesome capabilities of Unreal Engine.

Please contact Chris Doyle if you are located in North America. 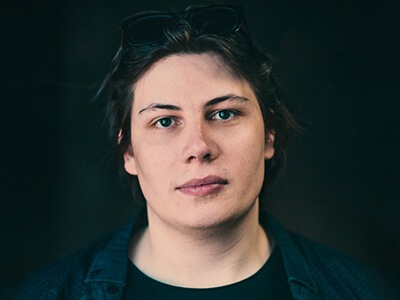 Chris Murphy has over 10 years of professional experience with Unreal Engine, a Bachelor of Computer Science and a Bachelor of Multimedia, with game development credits across PC, Vive, PlayStation 4, iOS and Android. Before joining Epic Games as an Evangelist Chris worked as a Technical Artist and often now works with developers and runs specialized workshops to help independent game developers build successful games with Unreal Engine 4 through support, training and education.

Please contact Chris Murphy if you are located in Australia or New Zealand. 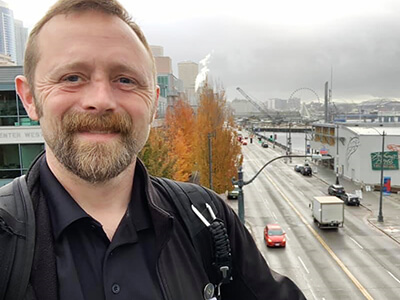 Christian has experience as a designer and scripter in multiple AAA game engines before switching over full time to Unreal Engine in 2012. His technical focus is Blueprint scripting, and he brings his wide range of development, business, and general industry experience to bear, focusing on indie game development as Unreal Evangelist for North America.

Please contact Christian Allen if you are located in North America. 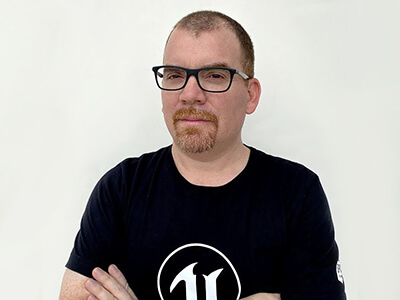 Christian Andrade is an Unreal Engine Evangelist for Spanish Latin America at Epic Games. With 13+ years of experience in the games industry as instructor, developer, and entrepreneur.

As Unreal Engine Evangelist, Christian travels around Latam to talk about and teach Unreal Engine 4 while helping developers to create awesome games.

He also co-founded Arcademe Inc., a company based in Raleigh, North Carolina, whose goal was to train and develop video game projects for American companies in Latin America. Currently he is part of many associations and guilds of video games in Latin America designed to improve the professionalization of the industry in the region.

Please contact Christian Andrade if you are located in Latin America. 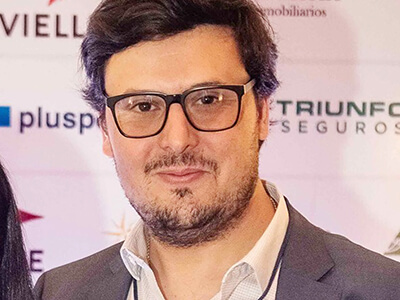 Ignacio has a proven track record as a lobbyist and event organizer/manager. As a community leader, he increased the size and scope of the Mendoza game dev scene by a 40% annual growth rate. As an accomplished business developer in the gaming industry, Ignacio has a growing network and portfolio of potential clients.

Ignacio is an advocate of the video game industry, working shoulder-to-shoulder with other devs to improve the local ecosystem in Mendoza, Argentina.

Please contact Ignacio Baldini Pescarmona if you are located in Argentina or Latin America/Brazil.

As part of the Evangelism team at Epic games, Joseph travels through the Middle East and Northern Africa to talk about and teach Unreal Engine. Joseph founded LebGameDev, a non-profit initiative that focuses on growing the game dev scene in Lebanon. He specialized in a wide range of topics including VR, cultural heritage preservation, photogrammetry, tech art, and Blueprints. He is currently teaching Game Development in universities in Lebanon.

Please contact Joseph Azzam if you are located  in the Middle East or Northern Africa. 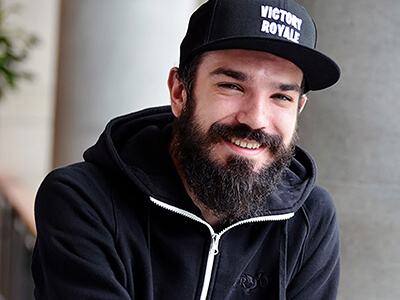 Krzysztof is the Evangelist for Eastern Europe and Israel. His background is mainly programming, but also areas of technical art. He loves shaders, designing systems, tools, and solutions that help take the load off the studio and speed up the development process. He released a few games, used to teach UE4 at different courses, he has also spoken at many events around Europe.

Please contact Krzysztof Pachulski if you are located in Eastern Europe. 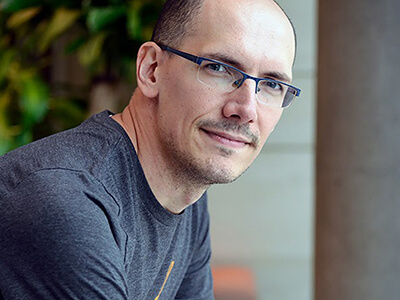 As an Evangelist, Mario assists developer teams in the process of creating games and experiences using Unreal Engine to achieve success, while also expanding and nourishing the professional community.

Mario has a long history of creating video games in different roles and positions, mainly as gameplay programmer, lead programmer and technical artist in teams of varying sizes, from small to AAA. He has also taught game design and been a speaker at several conferences.

Please contact Mario Palmero if you are located in Southern Europe. 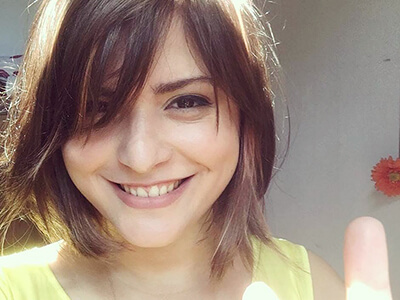 Martina Santoro has been developing games and interactive content for over a decade. With a background in animation production, she founded OKAM STUDIO in 2010 and worked in the local community before becoming President of the Argentinean Game Developers Association and later one of the founders of the Latam Video Games Federation. She is Head of the Animation and Interactivity Career at Universidad del Cine (www.ucine.edu.ar) and also a member of the Board of gamescom’s devcom. She has also worked with the Interamerican Bank of Development on the book about the Games Industry in Latam: Video Games: More than Just a Game: The Unknown Successes of Latin American and Caribbean Studios and was selected as one of the Women in Gaming: 100 Professionals of Play. She was Editor-in-Chief of Inside Games Latam, a key resource for the Latam Games Industry Business News, and Moushon.biz. She now works as an Evangelist for Unreal Engine at Epic Games, engaging with developer teams, enterprise, and education partners.

Please contact Martina Santoro if you are located in Latin America/Brazil. 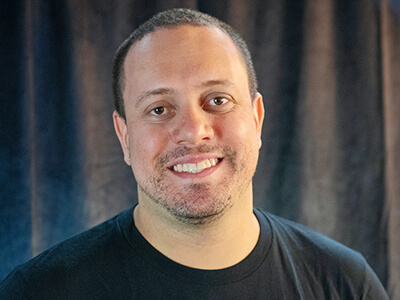 Please contact Paulo Souza if you are located in Brazil. 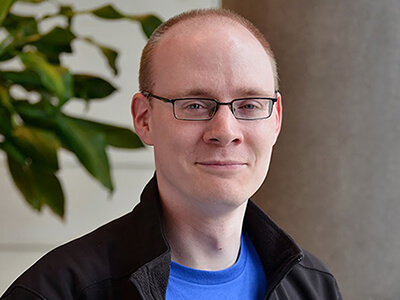 As Lead Evangelist, Sjoerd is responsible for the evangelism efforts in Europe, the Middle East, and Africa. With over 20 years of experience in the Unreal Engine, Sjoerd is an expert at a wide range of content creation topics, most notably world creation, tech art, and Blueprints. Throughout his diverse career, he has worked in everything ranging from AAA game development, to running his own indie studio, to education.

Please contact Sjoerd de Jong if you are located in Europe. 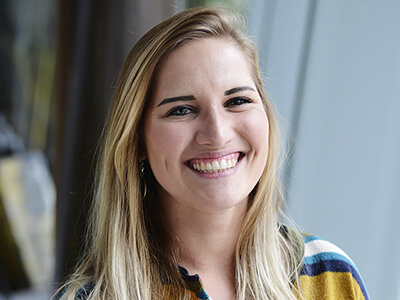 As Unreal Engine Community Manager, Amanda advocates on behalf of the Unreal community, supporting creators in all stages of their development journey. Leaning on experience as an artist at independent game studios and time spent at NVIDIA, she is passionate about guiding creators through the unique challenges of development. Amanda spearheads the user group program, amplifies project visibility, and is always excited to help developers. 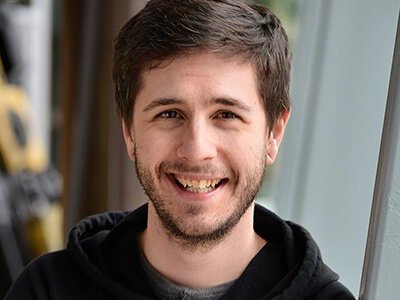 Victor has worked as a VR development teacher, shipped several multiplayer VR games, and worked as a game designer at Oculus. He’s passionate about spatial computing, immersive technologies and game jams. As a Community Manager for Unreal Engine, Victor organizes and hosts the weekly livestream, “Inside Unreal,” the Unreal Game Jams, and serves as a resource in the community for everything Unreal.