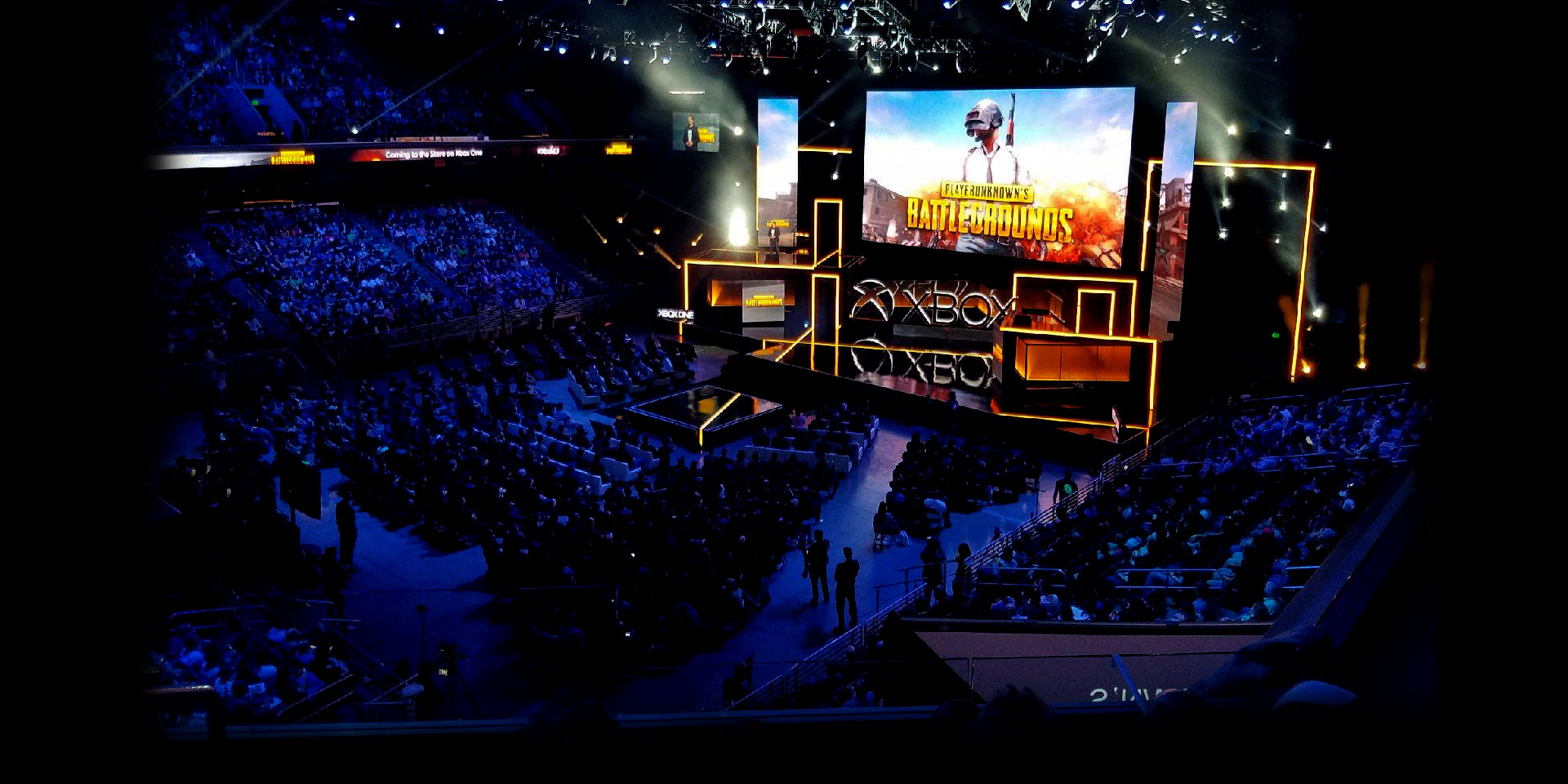 It’s hard to believe, but this year’s E3 has already come and gone. Now that the dust has settled, one of the biggest takeaways from this year’s show was this - the worldwide Unreal Engine development community is delivering some of the most highly-anticipated, innovative, engaging and downright beautiful games in the biz.

We at Epic are intensely proud of the devs who worked tirelessly to bring their Unreal-powered projects to the industry’s biggest stage and we marveled at the diverse range of titles on display. From mind-blowing co-op experiences to cutting-edge VR and a bit of everything in between, the range of memorable Unreal Engine games at E3 2017 is certainly impressive (full list of games below).

Here’s a recap of the week’s events to highlight the impact Unreal Engine developers had on E3 2017. 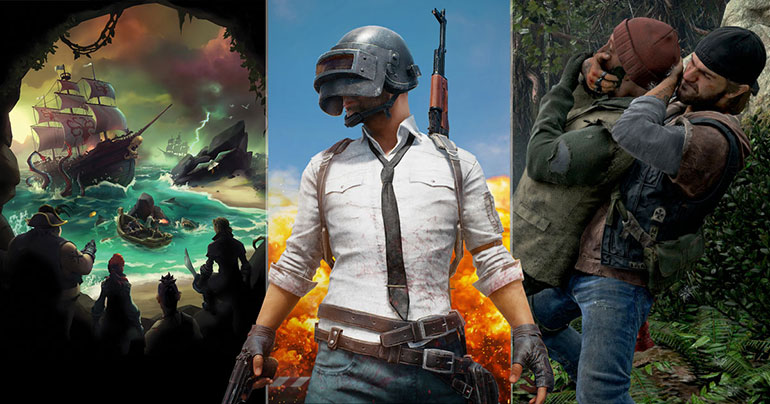 Unreal Engine developers showed up in full force at E3 2017 with nearly every corner of the convention center (and beyond) hosting a potential-packed project built in Unreal. From giant displays like Rare’s Sea of Thieves inside the Xbox booth to Boss Key’s LawBreakers with its constant crowds and even hidden gems like Polyarc’s Moss on PSVR inside the PlayStation booth and Sloclap’s Absolver on the Devolver Digital lot, it was difficult to find an area of the convention that didn’t bring a buzz-worthy Unreal Engine game to your attention.

To highlight this, our team hit the floor to catch up with over 20 developers showcasing their games at E3. From tinyBuild’s Hello Neighbor to Hazelight’s A Way Out and Aurora 44’s Ashen, we profiled a wide range of projects that truly show how you can bend and stretch Unreal.

We’ve already begun rolling out these interviews, a few of which you can catch below, but you might also want to hit up our E3 Playlist on YouTube to see the very latest as they go live. 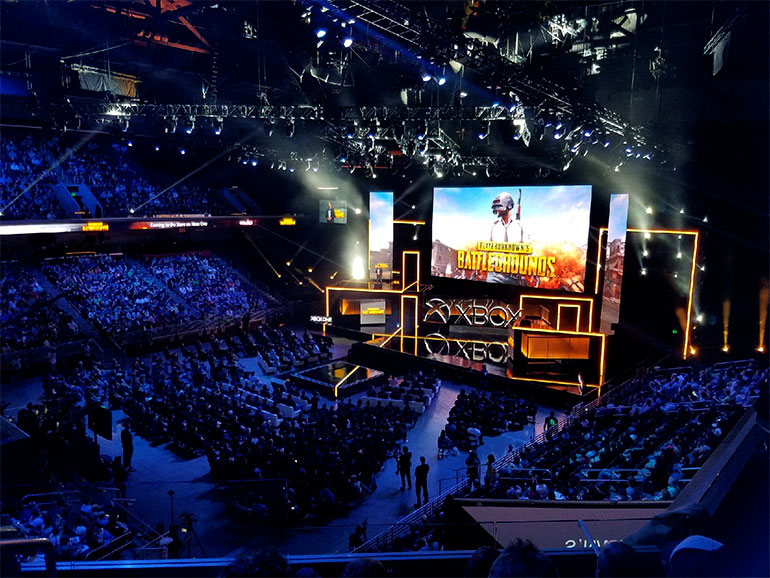 Of the nearly 90 Unreal Engine games at E3, 20 projects were featured prominently at the various press conferences leading up to the main event. In particular, the Microsoft briefing brought big announcements and fresh looks at titles including Sea of Thieves, Dragon Ball FighterZ, PLAYERUNKNOWN’S BATTLEGROUNDS, Crackdown 3, The Darwin Project, The Artful Escape and Ashen. Meanwhile, the PlayStation press event featured key titles including Days Gone, Marvel vs. Capcom: Infinite and Moss alongside newly announced projects such as Supermassive Games’ Bravo Team, The Inpatient and Hidden Agenda.

Obviously, these games played a critical role in generating the excitement that came from the press events that preceded E3, so congrats to all of the teams involved! 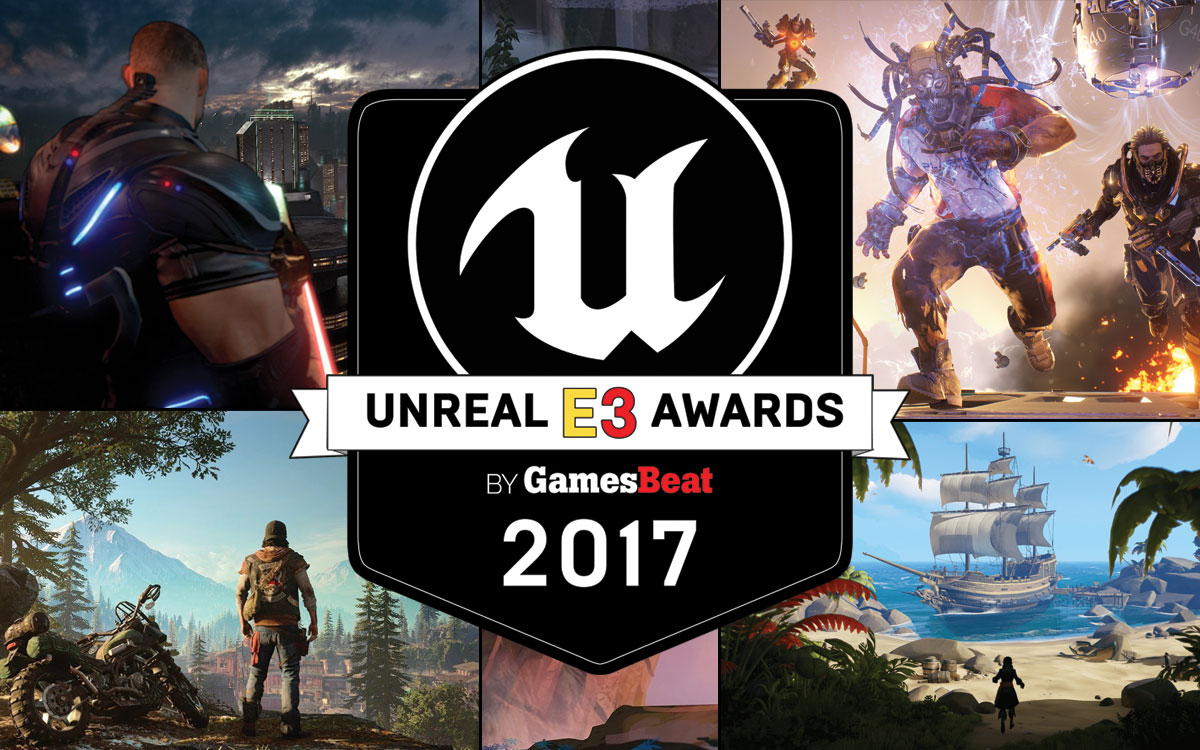 The Unreal E3 Awards by GamesBeat returned this year to honor the most innovative, creative and visually-stunning Unreal Engine-powered games on display at this year’s show.

This year we’re celebrating the nominees and winners with individual category videos that we’ll be adding to this post as they become available, so be sure to check back to see all nine videos as they go live. That said, you can find the full listing of nominees and winners right here, right now.

Day 3 at #E32017 is going pretty well! We've only gone and become winners of the 'Most Addictive' game at @E3! WOW... 😀 #LaserLeague pic.twitter.com/EmQRTcluMF 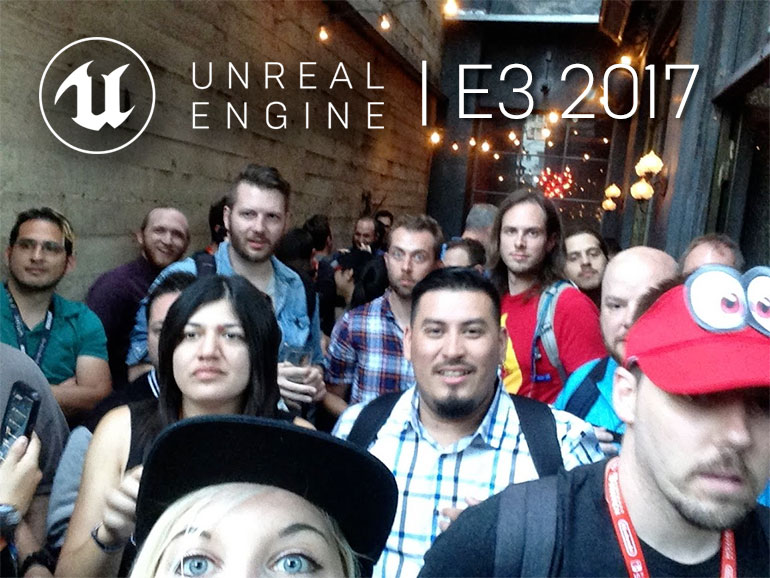 On the Wednesday night of E3, the Unreal Engine community team threw a casual/social meetup in the spirit of E3 at the Golden Gopher in downtown LA. It presented a great opportunity to meet new folks, talk shop and simply enjoy a break from the hustle of the show. Our community team took along a few items to raffle off for participants as well including an NVIDIA GeForce 1080Ti, an Unreal Engine backpack and shot glass sets featuring logos of the latest titles in Epic’s portfolio.

We had a blast and, if you attended, we hope you did as well! If you’re a part of the LA Unreal Engine Group or if you simply plan on being at E3 next year, be sure to keep tabs on our website and social channels in the weeks leading up to E3 2018 for details on attending next time around.

The annual E3 College Game Competition took place once again and we are proud to say that the winning entry came from Ringling College graduate Trent Sivek (Game Art, ’17), whose UE4 game, Phonetica, was beautifully crafted by this solo student and tasks players with making their way through a musical palace.

Congratulations to Trent and all of the participants in this year’s College Game Competition! 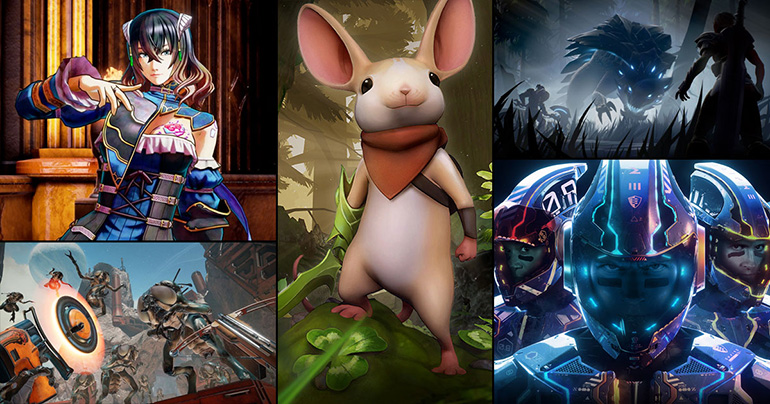 Finally, we’d like to give a shout out to each and every Unreal Engine developer who showed their project at E3 2017. Since we ourselves at Epic know how challenging and rewarding game development is, we recognize the often monumental work involved in getting ready for such an important event. We tip our hats to the teams that had a presence at this year’s show and we can’t wait to see how these projects progress!

A Way Out, Hazelight, EA