Hundreds of thousands of gamers and developers alike descended upon the Koelnmesse in Cologne, Germany for gamescom 2018, the world’s largest gaming convention. Unreal Engine developers took advantage of the incredible opportunity to showcase their efforts to the masses, with many great titles at the show. 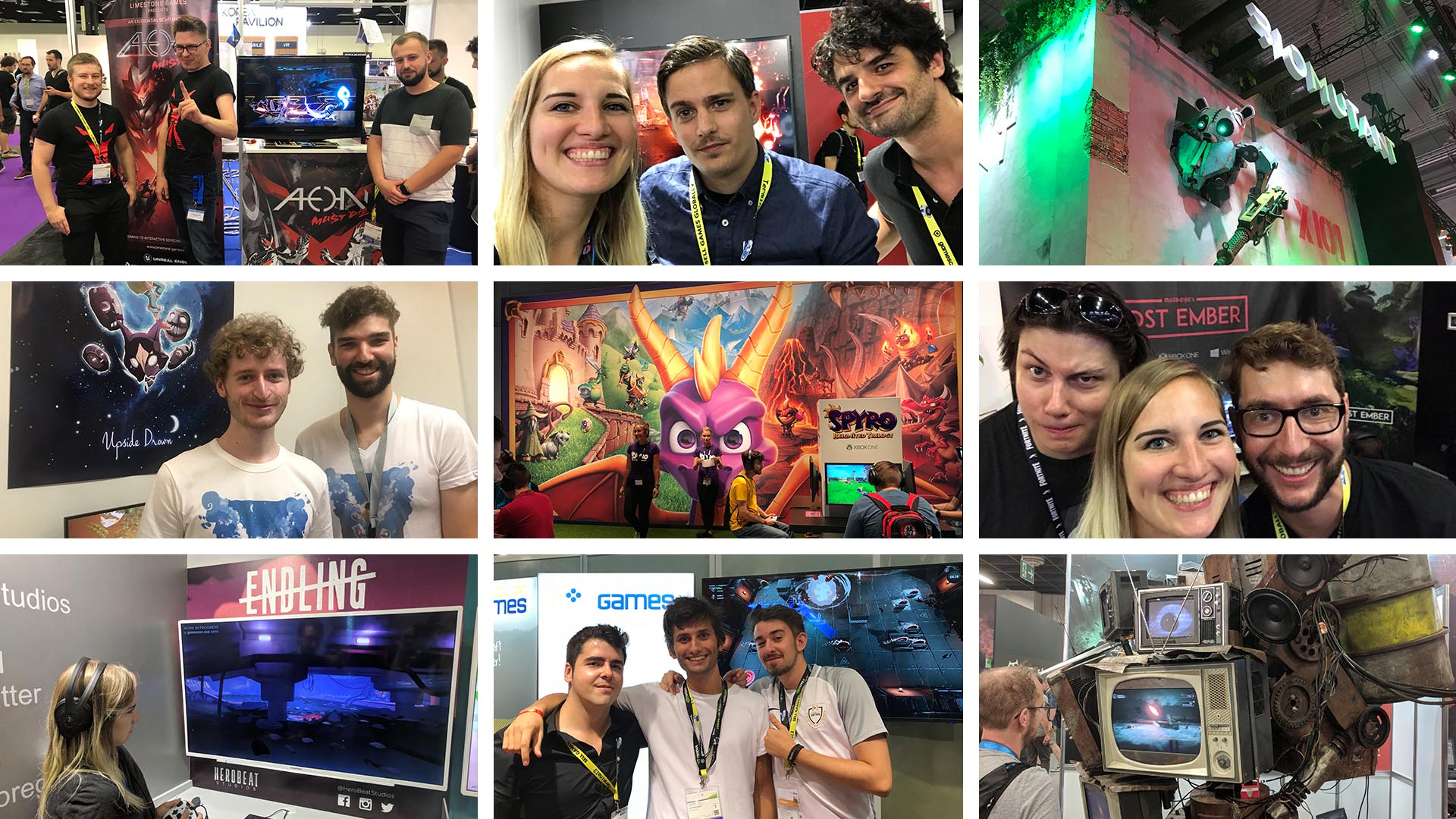 The biggest shared developer booth in the world, Indie Arena Booth prides themselves for creating a space for independent developers from all over the world to call home. This year’s booth was chock-full of passionate developers demoing titles to eager gamers. The creators of Deliver Us the Moon, Unreal Dev Grant recipient KeokeN Interactive, were in fine form donning their space gear, among many other Unreal Engine teams. 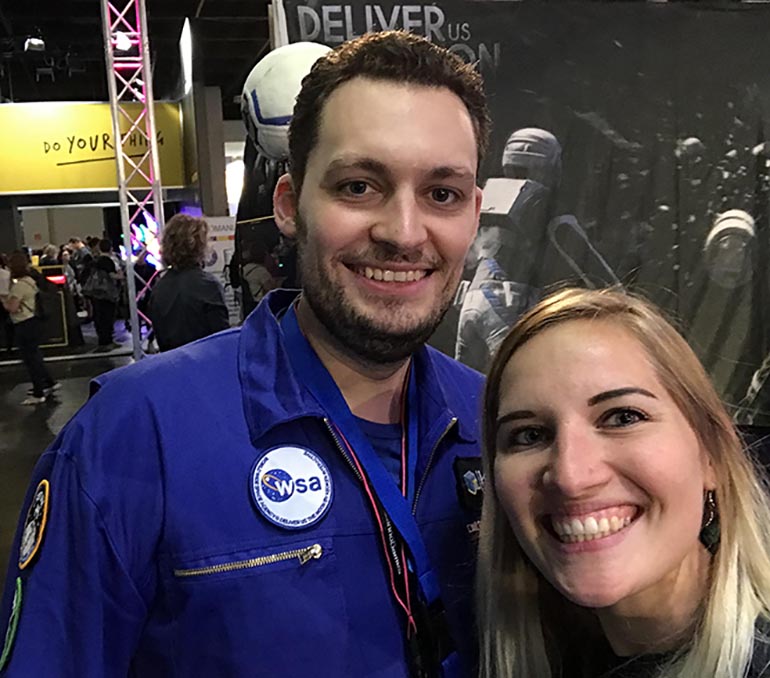 Our team was delighted to award The Sojourn, a mesmerizing first-person puzzler, as the Best Unreal Engine Game in the Indie Arena Booth. 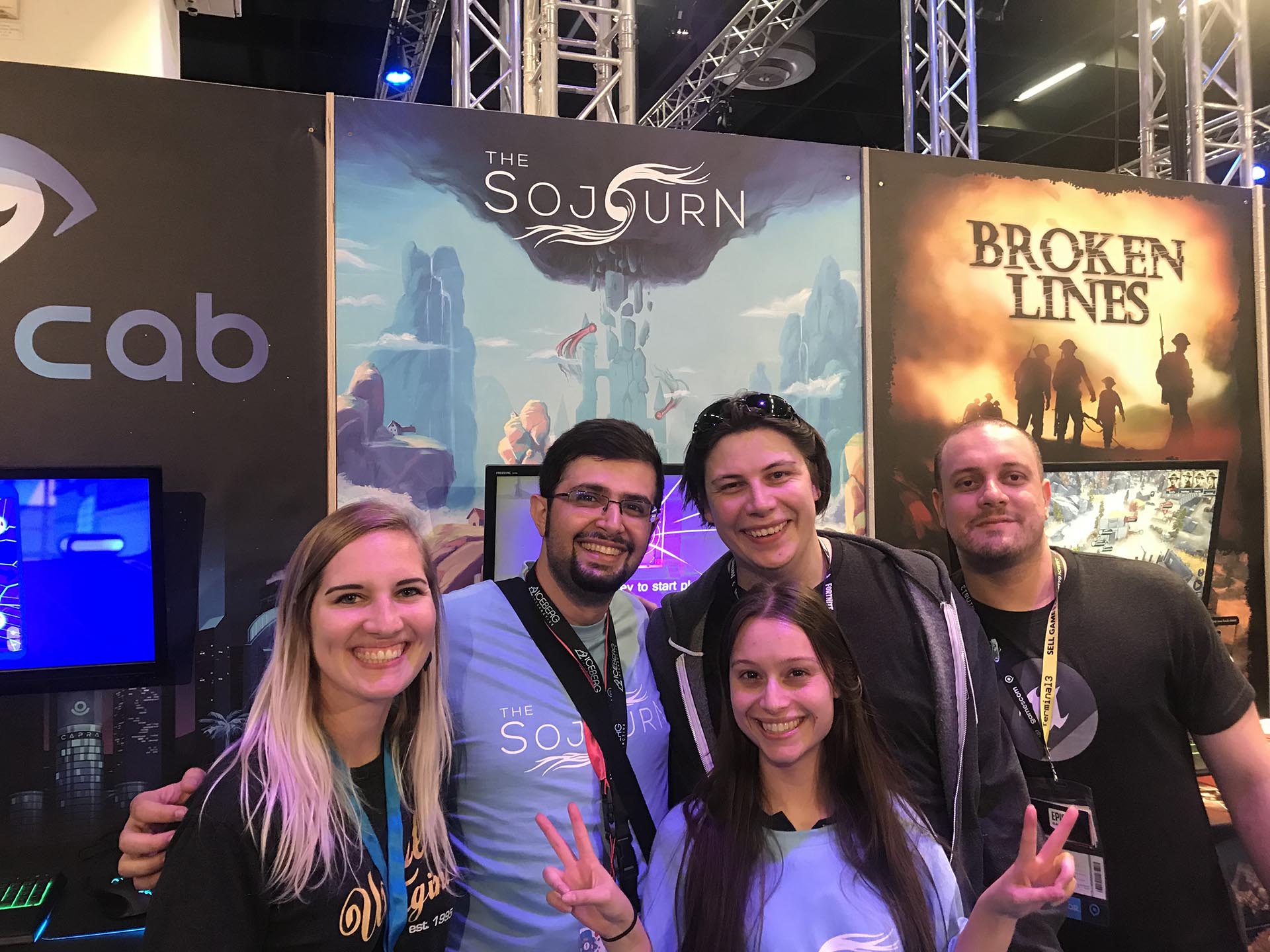 Below is a list of the Unreal Engine-powered titles from the booth:

9 Monkeys of Shaolin represents the rebirth of the iconic beat 'em up genre. You play simple Chinese fisherman Wei Cheng and have to avenge the death of your friends and family slaughtered in a pirate raid at your peaceful village.

Bend and twist reality in A Fisherman's Tale, the mind-bending VR puzzle adventure game in which being turned upside down and inside out is not merely a play on words.

Gelly Break is a co-op jump and run game for the Nintendo Switch. The 3D comic style coupled with an active camera provides a dynamic and varied gaming experience for both younger and older players.

Deliver Us The Moon: Fortuna is set in the near future where Earth's natural resources are depleted. In an effort to solve the energy crisis, global powers created the World Space Agency and secured a promising new source of energy on the Moon. The World Space Agency colonized and operated from the Moon until one fateful night all communications with Earth ceased and the energy source was lost. Now, years later, you assume the role of Earth's last astronaut to go on a do-or-die mission to investigate what happened and save humanity.

During this adventure, your only companion is a small robot named ASE. Together you will traverse the Moon, explore abandoned facilities, gather clues and ultimately uncover the secrets and hidden agendas that are at play. Only by relying on your wits will you have a chance at successfully delivering the Moon!

EVERSPACE is an action-focused single-player space shooter. The game combines roguelike elements with top-notch visuals and a captivating story. It takes you on a challenging journey through an ever-changing, yet beautifully crafted universe full of surprises. Your skills, experience, and talent for improvisation will be tested continuously while learning about your own existence through encounters with interesting characters, each having their own part of the puzzle to tell.

Redeemer is a top-down action game where you will punch, hack and blast your way through the enemies using fists, hammers, firearms, and even the environment.

Go nuts in Save Your Nuts, a physics-based capture-the-flag battle that will put your cooperation skills and friendships to the test!

Shift Quantum is a brain-busting platformer using a unique mechanic called SHIFTING, which is a way to twist your environment and invert space around you. Bend your mind to reach the exit of each level and unveil the secrets of a strange program. Extend the experience, create and share your own levels.

State of Mind is a futuristic thriller game that delves into transhumanism. The game explores themes of separation, disjuncture, and reunification in a world that is torn between a dystopian material reality and a utopian virtual future.

Descend into an eerie world made of scattered memories and unresolved traumas and explore a nightmarish landscape where you will come face to face with childhood fears and nightmares.

In the 1920s, on the East Coast of the United States, the half-submerged city of Oakmont is gripped by supernatural forces. You're a private investigator, uncovering the truth of what has possessed the city and corrupted the minds of its inhabitants... and yours.

The Sojourn is a thought-provoking first-person puzzle game in which you traverse the parallel worlds of light and darkness in search of answers to the nature of reality.

Witch It is a multiplayer hide & seek game set in a humorous, magical world. Brave hunters are tasked with finding the witches that curse their villages! 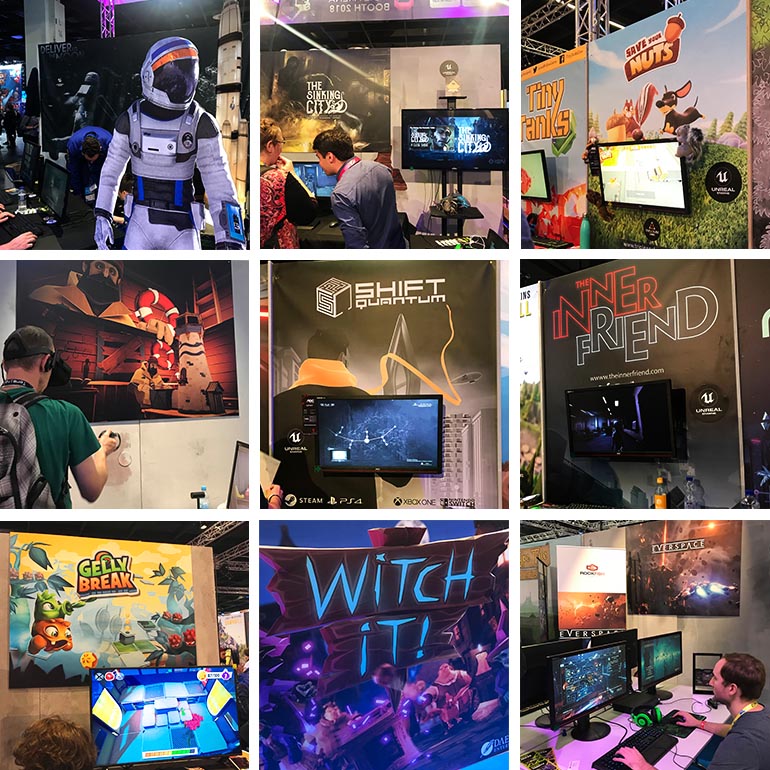 Over 100 developers came together to celebrate Unreal Engine and mingle with their fellow creatives and engineers at the annual Unreal Engine Gamescom Meetup. It was the perfect opportunity to swap stories, share tips and tricks, and meet with the Epic Games devs that were in town from all over the globe.

It was an absolute pleasure to host devs from a variety of teams, big and small, students to seasoned veterans, all under one roof.