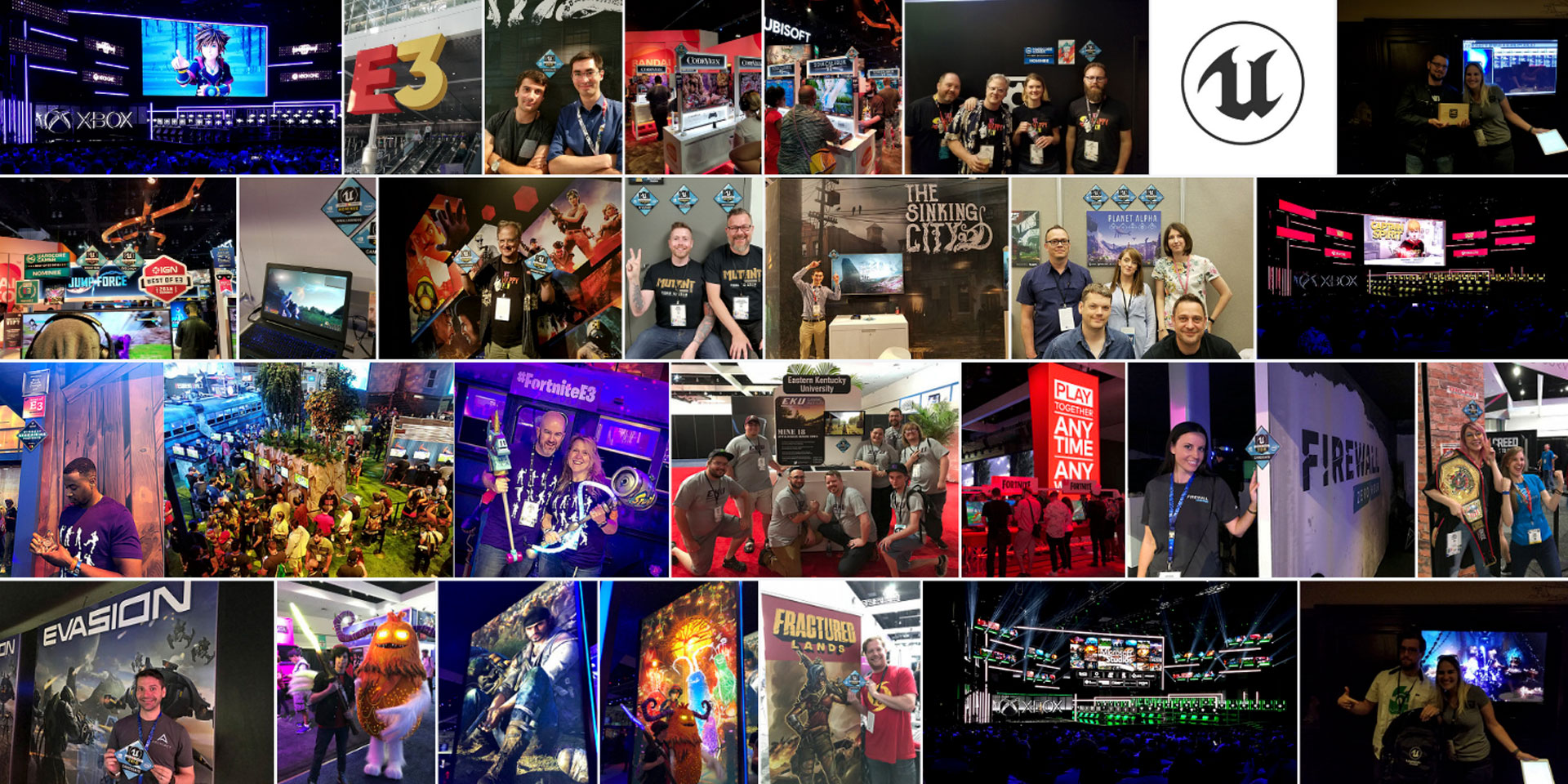 Unreal Engine Developers Come Out On Top at E3 2018

The video game industry came together last week in Los Angeles as E3 2018 gave teams of all shapes and sizes a central stage to showcase their work. At the heart of it all were Unreal Engine developers who dominated headlines and demonstrated a vast variety of projects across platforms and genres.

From the bright lights of major press events to the bustling show floor and everywhere in between, Unreal Engine developers came out on top with major titles like Kingdom Hearts III, Jump Force and Gears of War 5 generating plenty of buzz while projects like Planet Alpha, We Happy Few, The Sinking City and Mutant Year Zero: Road to Eden gave players plenty to look forward to post-E3.

Here’s a rundown of the Unreal Engine developer happenings at this year’s E3: 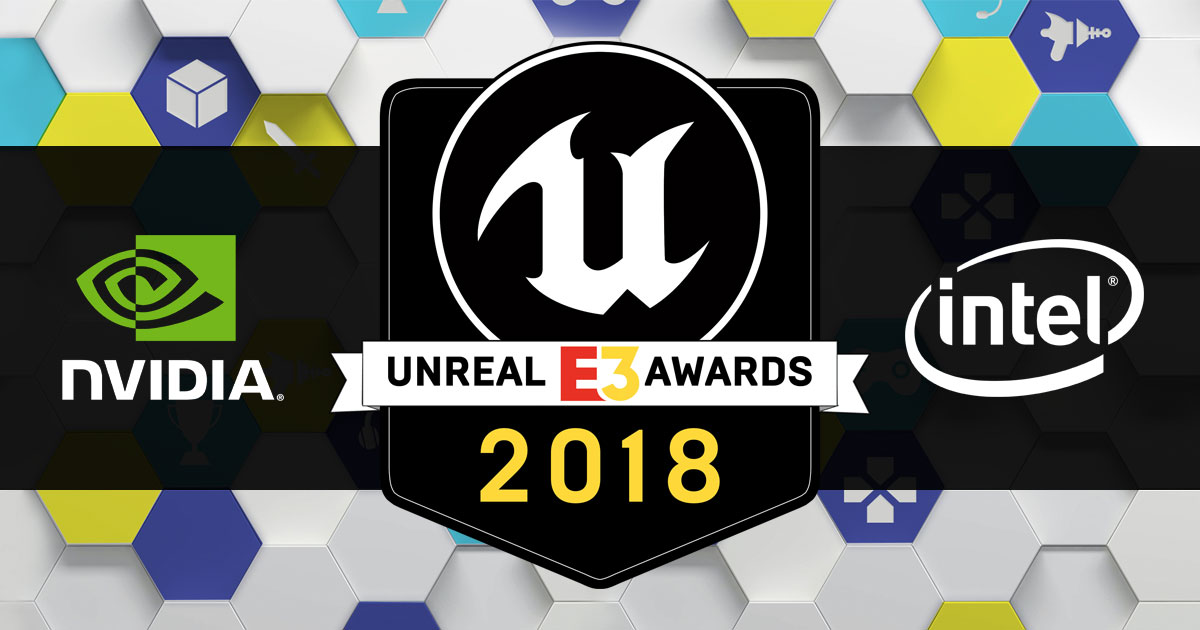 Prior to E3, we announced a partnership with NVIDIA and Intel on the 2018 Unreal E3 Awards. Featuring five distinct categories, the goal of the awards is to provide developers from around the world with the recognition they deserve along with excellent hardware including an NVIDIA GeForce GTX 1080 Ti and Intel® Core™ i7-8700K Processor for each winning team.

The five 2018 Unreal E3 Award category nominees and winners are listed below: 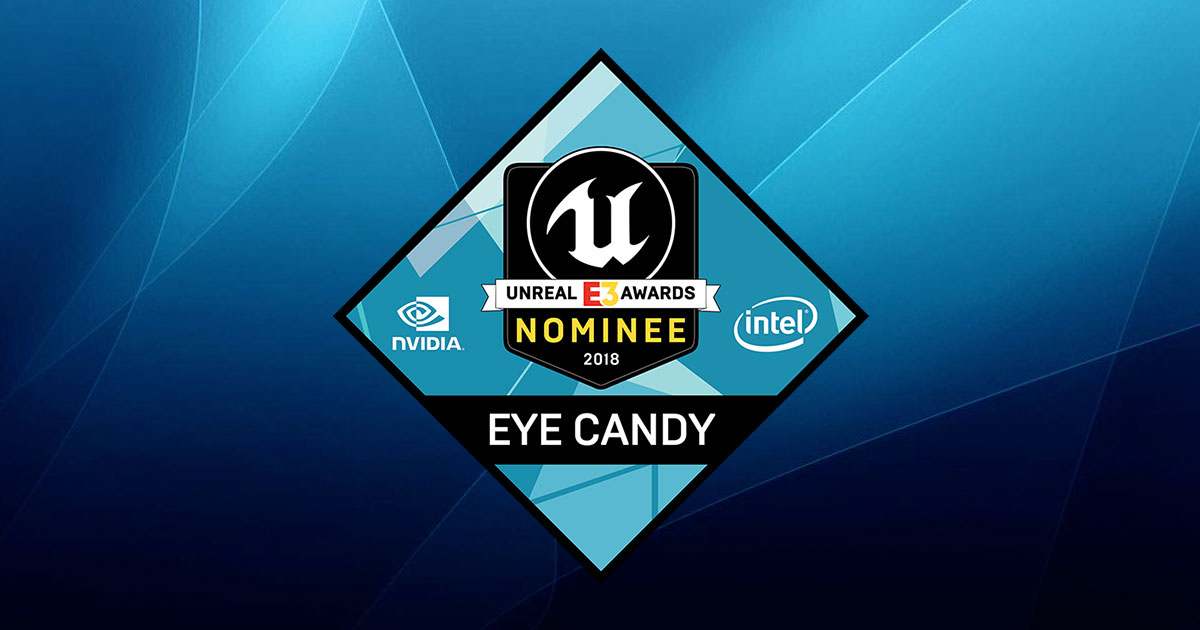 This award is given to the most visually impressive Unreal Engine game at E3 2018 and rewards the use of leading-edge graphics that push the medium of interactive entertainment forward. 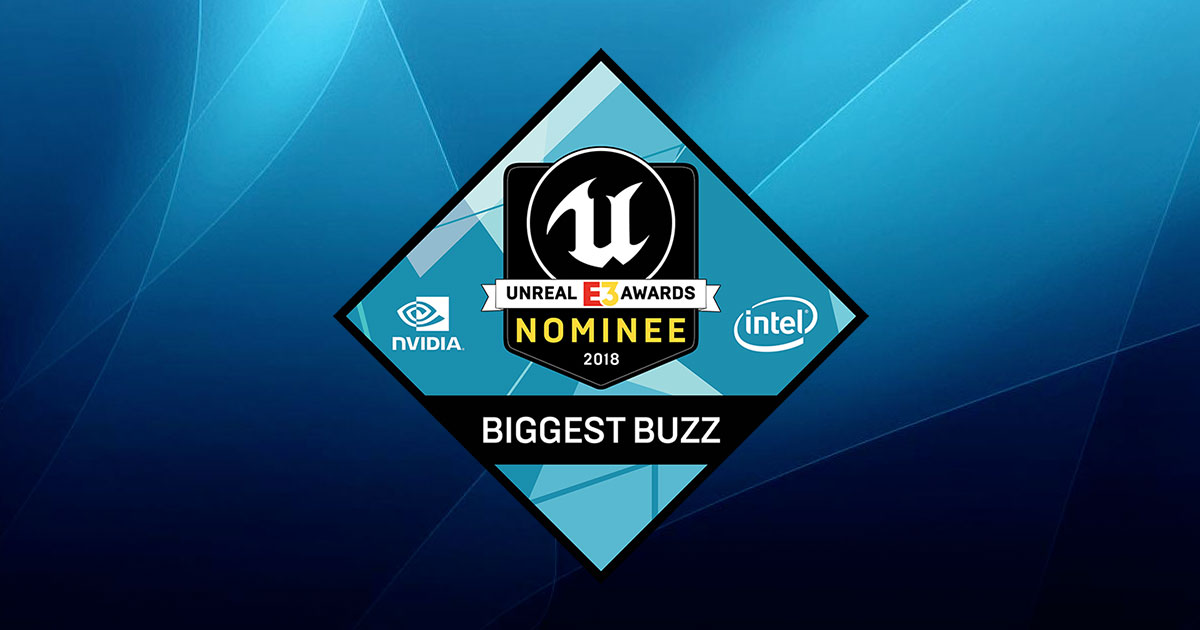 This award is given to the project that creates the most talked about moment of E3 2018. From a major game reveal to an undeniably impressive demo or a twist that flips the industry on its ear, this award goes to the Unreal Engine team or project that produces the most buzz. 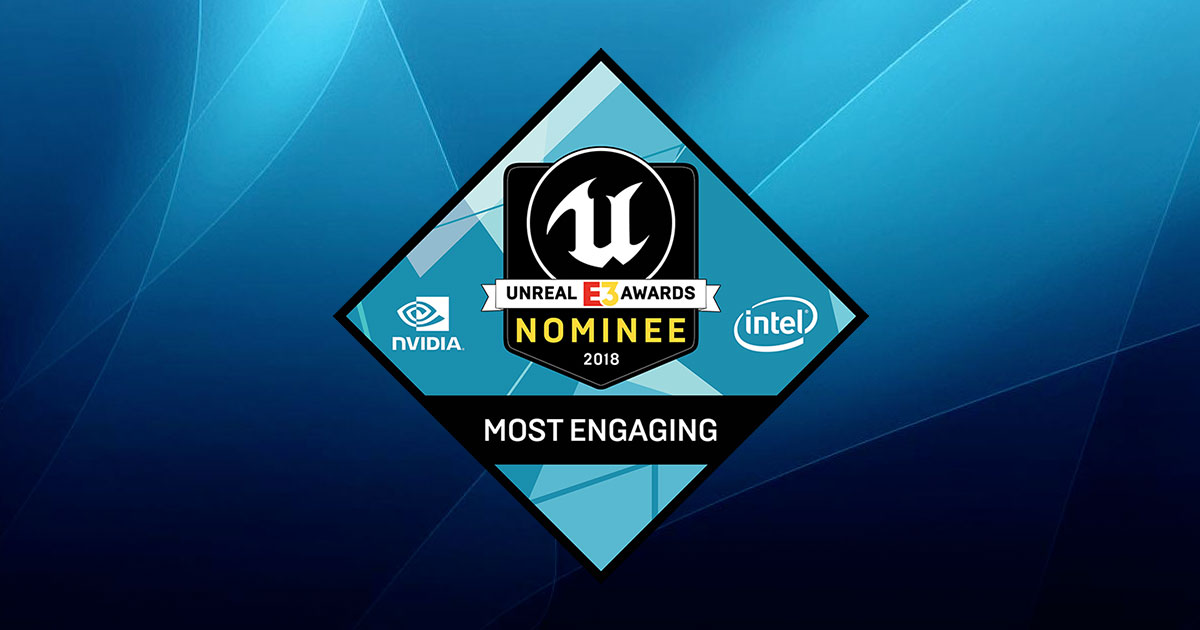 This award is given to the experience that we simply can’t put down. Nominees will make players forget about their surroundings and be transported into a truly immersive experience. 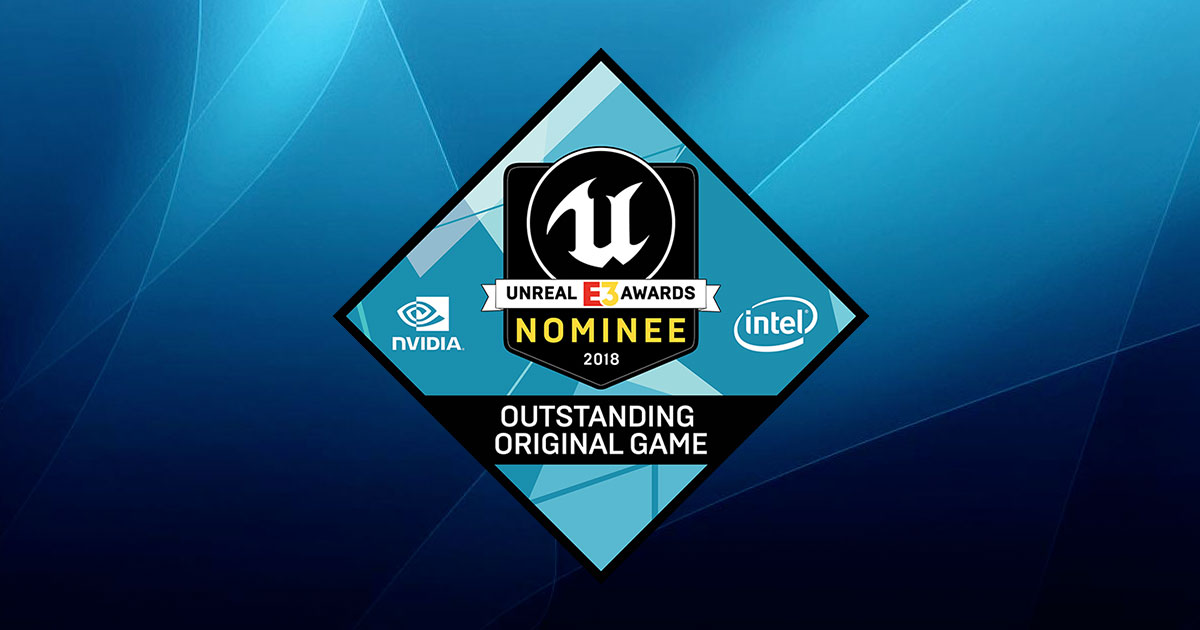 This award is given to the project with huge potential as an all-new IP. Nominees will spark interest not only through gameplay, but through original characters, worlds and the potential that is put on full display during E3 2018. 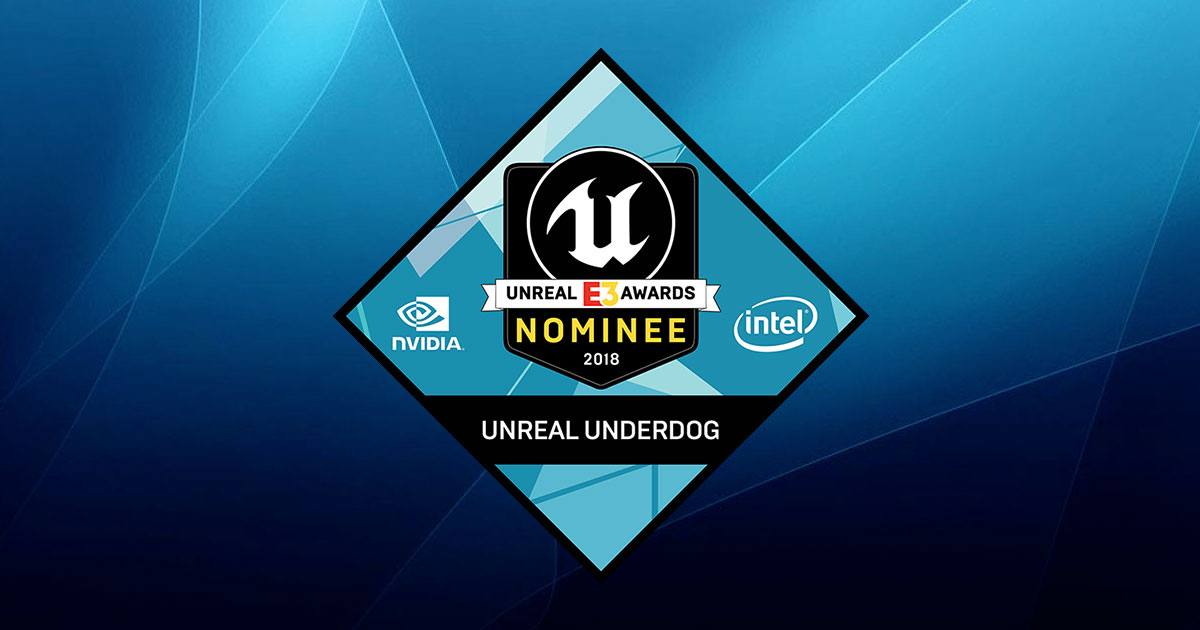 This award is given to the team that pushes the limits to achieve an amazing showing for their game or experience at E3. Focusing on not just the product, but the people and process behind it, this award acknowledges a team’s perseverance to make a big splash at the big show. 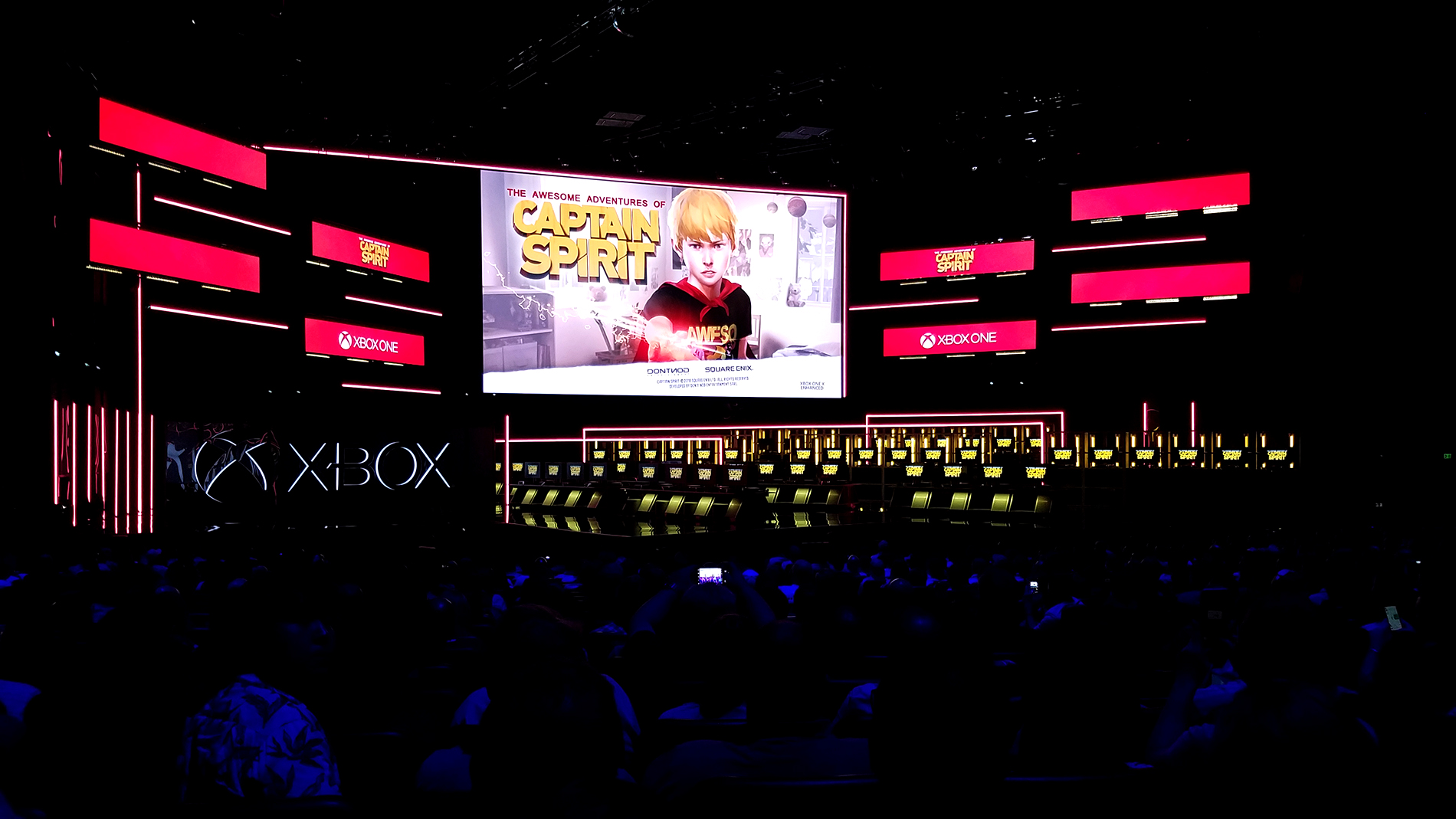 No matter where you went during E3 2018, Unreal Engine-powered games left a lasting impression. From the bomb-dropping reveals of The Awesome Adventures of Captain Spirit and Gears of War 5 at the Xbox briefing to highly-anticipated updates on Days Gone and Kingdom Hearts III from the PlayStation team, Unreal developers kicked off the week with loads of headlines. Meanwhile, The Square Enix and Nintendo media events showcased tantalizing Unreal-powered titles like Dragon Quest XI, Octopath Traveler and the newly-announced Daemon Ex Machina by Marvelous.

In addition, the announcement that Microsoft Studios has acquired three of the top independent Unreal Engine shops - Compulsion Games, Ninja Theory and Undead Labs - made a huge splash throughout the industry. 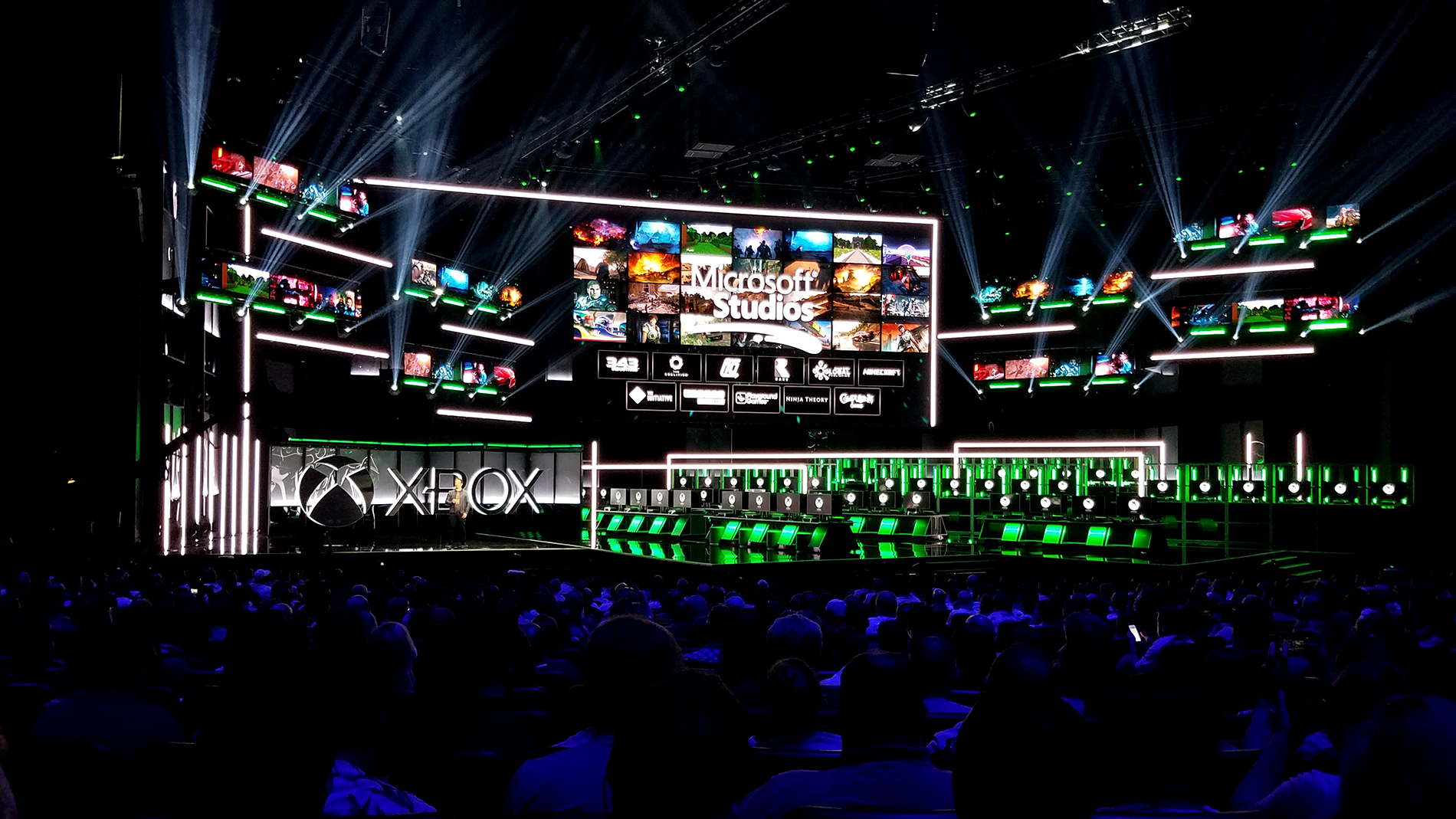 We hit the floor to speak with developers about their work. Check out a few interviews below and be sure to visit our E3 2018 playlist for all the latest as new videos are released! 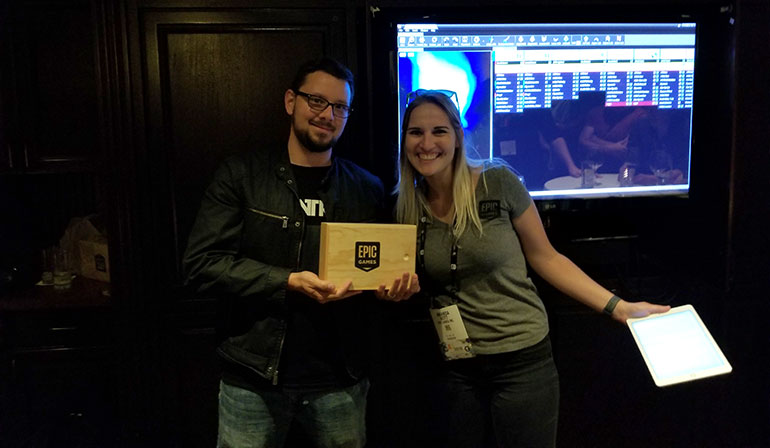 The Unreal Engine team invited the community out to The Palm restaurant during E3 2018 for a cocktail hour featuring drinks, light hors d'oeuvres and the opportunity to connect with Epic and other developers during the big show.

A variety of developers from students to AAA gathered with us for socializing and the chance to win Unreal Engine swag and an NVIDIA GTX 1080 Ti graphics card, courtesy of our partners at NVIDIA.

Many thanks to all who came out to the meetup. If you’re looking to connect with other Unreal Engine developers in your area, be sure to check out our Meetup page for the very latest opportunities to do just that!

ALL ABOARD THE BATTLE BUS

Of course, Epic Games had a big presence at E3 2018 with a booth dedicated to Fortnite. The booth, which earned several ‘Best of Show’ awards, invited fans to play the game on all available platforms (including the newly-announced Nintendo Switch version), showcase their smooth moves on the dance floor, see if they can outlast the rideable llama, pick up Fortnite merchandise, scope out an actual Battle Bus and enjoy a seemingly endless stream of fresh-baked cookies.

Thanks to everyone who stopped by! 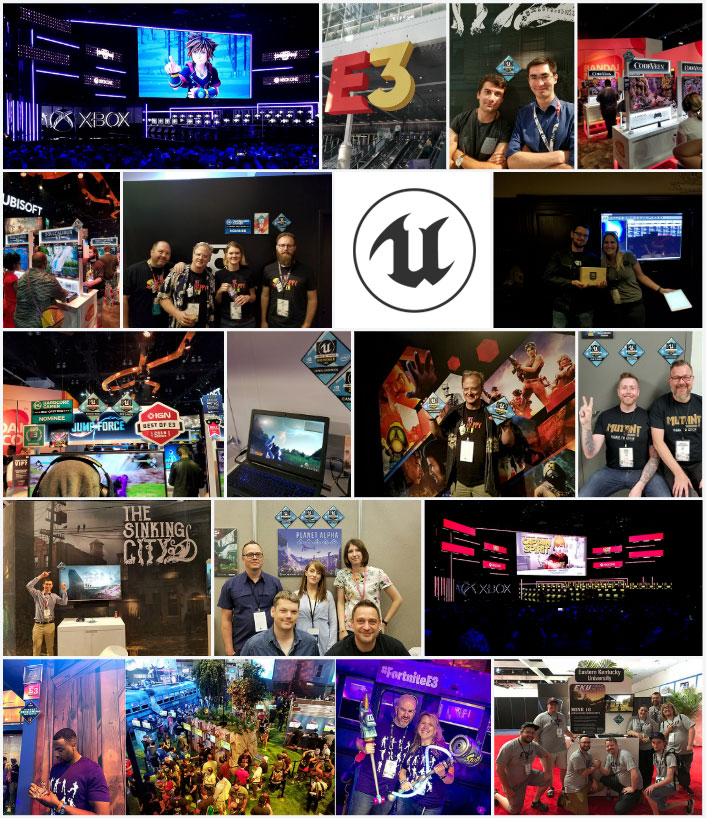 Thank you to all of the Unreal Engine developers who made this year’s E3 so great to attend and even view from afar. We at Epic know the challenges, risks and rewards of game development and we tip our hats to the teams that make it to the annual convention in Los Angeles. Below is a list of the Unreal Engine developers who showcased their games at E3 2018. We’re extremely proud of our entire community and can’t wait to see how your projects progress from here.