New for SIGGRAPH 2017 was the VR Film Jam, where teams were invited to submit finished linear animated shorts, along with one-page treatments detailing how they would turn their work into an interactive VR experience. The goal was to demonstrate how traditionally crafted linear content can be turned into engaging, interactive VR worlds with the final projects being experienced by SIGGRAPH attendees in VR Village on Wednesday, August 2, and Thursday, August 3.

From the pool of entries, three teams were selected to realize their shorts into VR experiences in Unreal Engine 4 with the help of the team at Epic Games. In the end, two of those teams were able to make it to SIGGRAPH in person.  The participating teams and projects are detailed below. 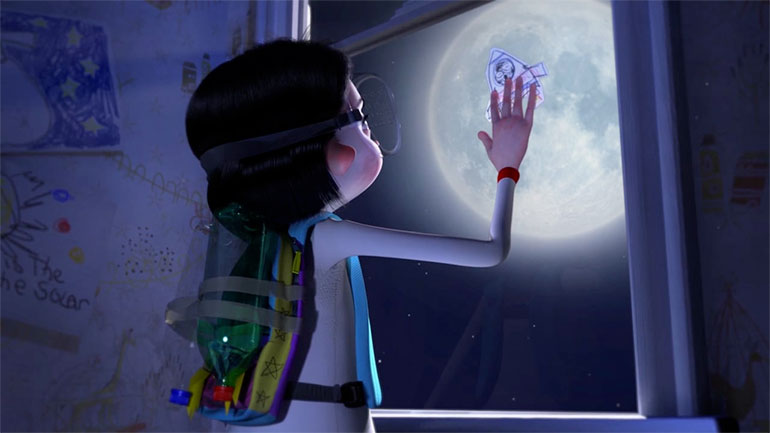 From the School of Visual Arts New York, Hannah Roman brought “The Moon Is Essentially Gray,” a CG-animated short about a young child, her makeshift rocket, and her fantastic flight to the moon. 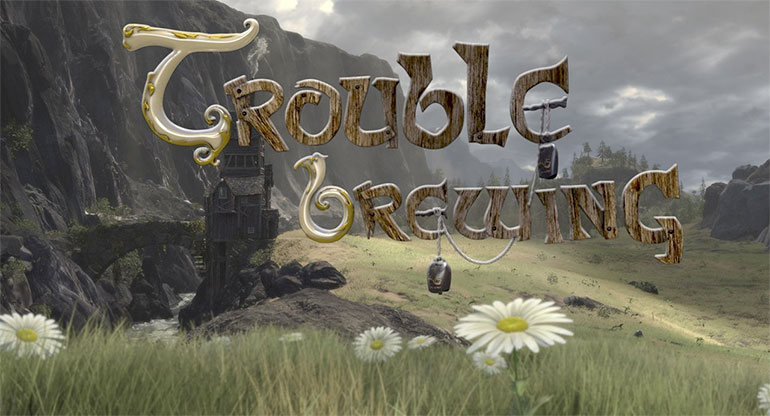 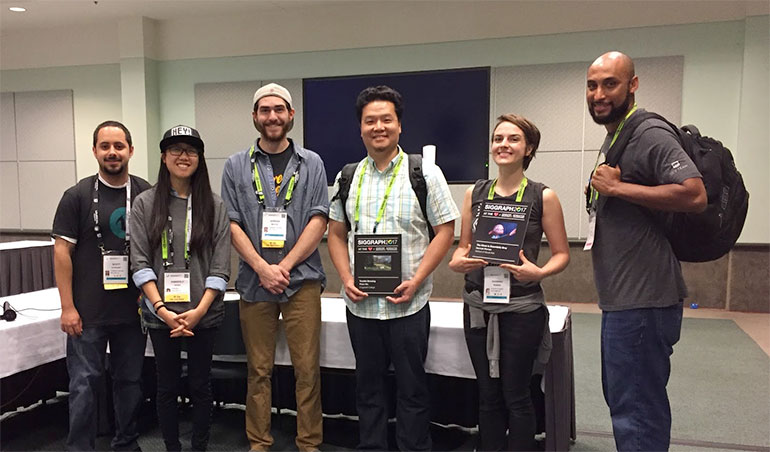 A few of us from Epic consulted with teams to help bring the experiences to life in VR:

The VR Film Jam took place over three days. Wes and I kicked off the event on Sunday morning with a two-hour workshop to help participants get up to speed in Unreal Engine. We had also been in touch in the weeks leading up to SIGGRAPH to help prepare some of the content and VR interaction mechanics in order to ensure the they could hit the ground running. 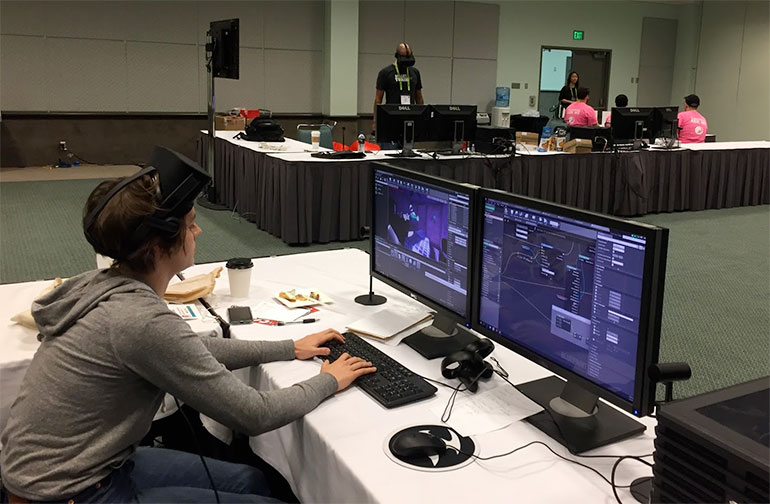 Hannah Roman’s short film, “The Moon is Essentially Gray,” is a touching story about a young girl who builds a rocket ship out of her bed and old pizza boxes only to find herself radioing home from the surface of the moon. 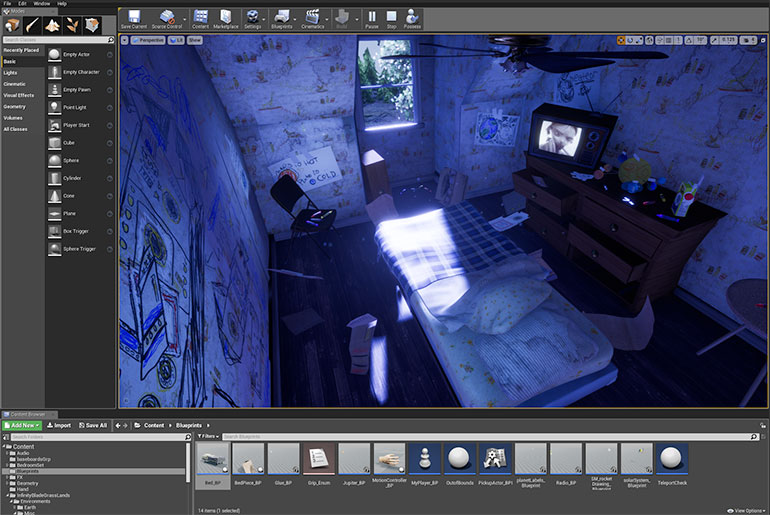 The VR experience that Hannah built during Siggraph in Unreal Engine had the player helping the little girl assemble the “bed” rocket ship while she talks you through the process over the TV screen with strong audio cues. It was a clever solution for VR and the quick turnaround needed for this project. You can download a build here. 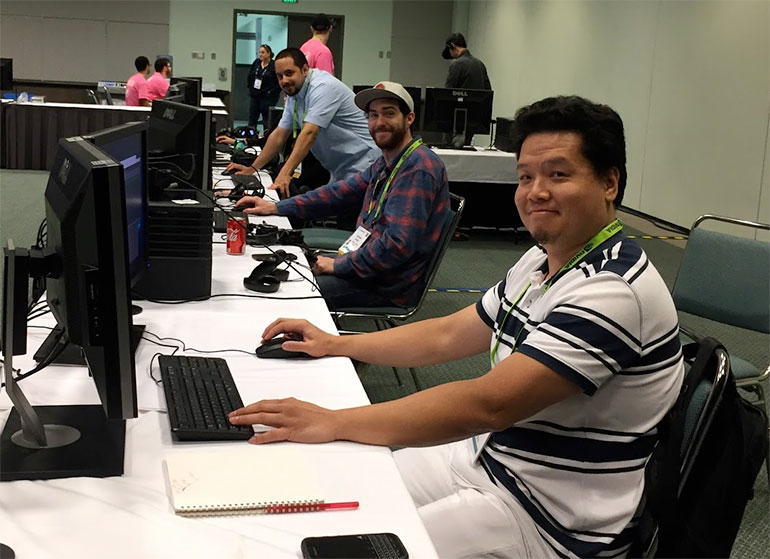 The team from Cogswell College came to the VR Film Jam with a humorous short about a couple of goats and a troll. “Trouble Brewing” is a lot of fun with a small goat wreaking destruction and havoc in the home of a troll who loves his fancy plates and china sets. With that in mind, the team choose to build an experience that lets users break all sorts of of things in the troll’s house while in VR. The project and mini-game turned out to be a blast and can be downloaded here.

To provide a bit more background, our team loaded all of the original assets from the linear projects into Unreal Engine so that the participants could spend their energy iterating on lighting, animations, audio, and gameplay mechanics. From there, time went into refining art assets, textures, materials, animations, audio samples, lighting passes, design timings, Blueprint tweaks, you name it. 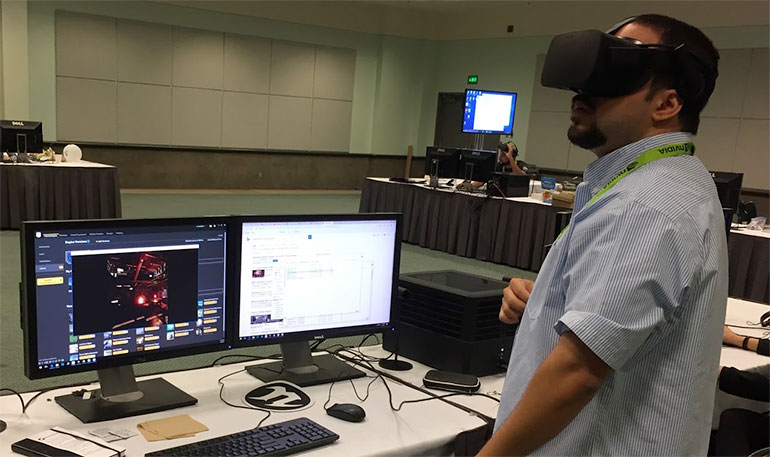 The teams worked tirelessly over the course of the jam to ensure that their animated shorts would be represented in UE4 in the best light possible, and both teams caught onto the tools with ease. Hannah seemed excited to be able to light the little girl’s room so quickly and interactively, and Scott from the Cogswell team took to the UE4 material system like a pro. 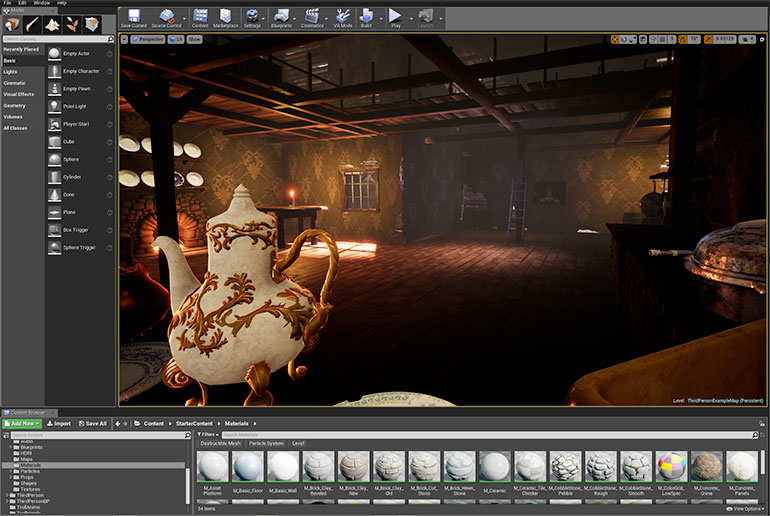 SIGGRAPH attendees streamed in and out of the room, often stopping by to check in on the progress and play test builds while offering valuable feedback to the teams. Playthroughs of the projects began as soon as possible and continued well into the installations of the projects at the VR Village. 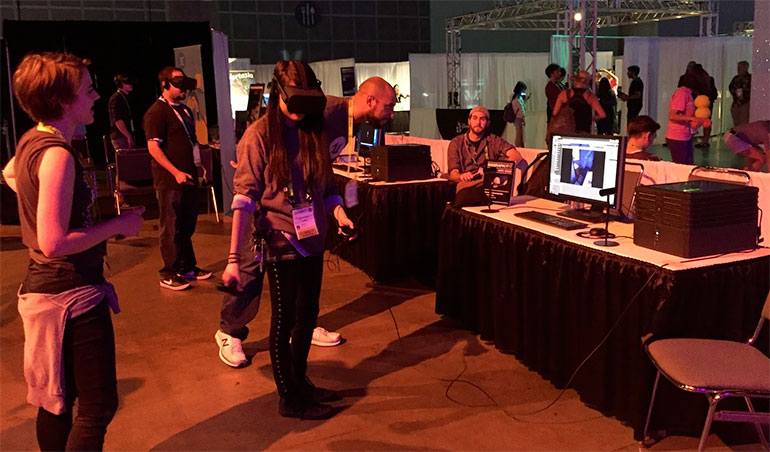 It took a bit of time to refine the experiences, but finally the games were ready for the toughest of audiences. 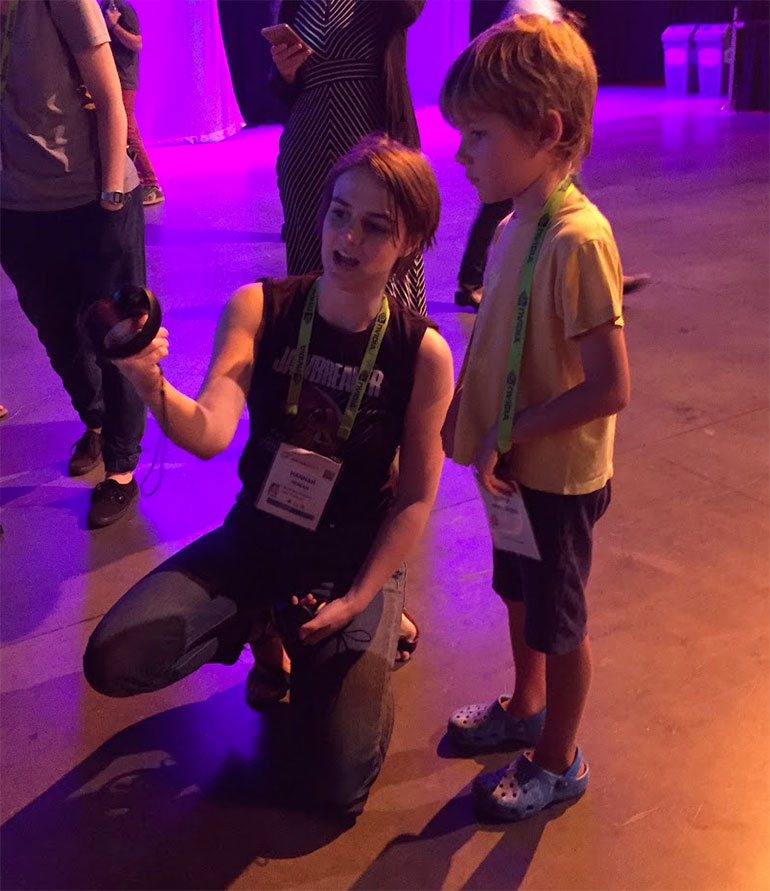 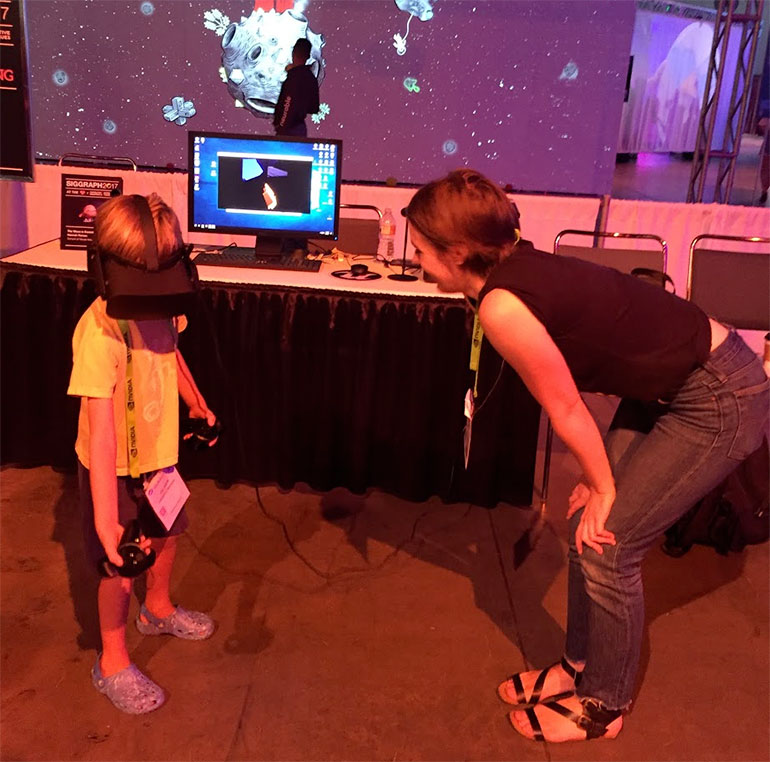 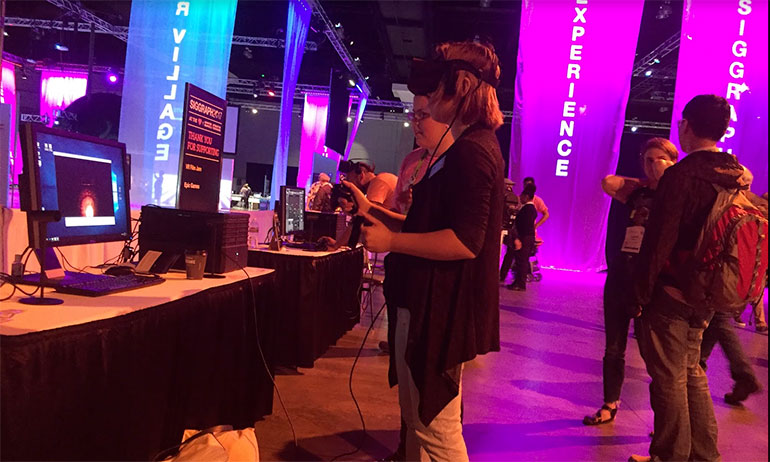 The VR Film Jam provided an excellent opportunity for these talented teams to transform their linear works into interactive experiences. With the recent arrival of Unreal Engine 4.17, all developers can take advantage of the latest tools and enhancements to bring their creative concepts to life.