Earlier this month VRFocus hosted a virtual reality (VR) Game Jam in London, known as the Virtual Reality Challenge (VRC). It was a weekend of stress, tears, copious amounts of caffeine and significant technical hurdles. The result was very much worth the effort however, as four unique and truly entertaining VR videogames were born from the VRC.

Before the event even began there were problems, with deliveries arriving at the venue before their allotted time and thus no one available to receive them! That, and the fact that the wi-fi dongles required for the NVIDIA Geforce GTX 1080 powered PCs kindly supplied by NVIDIA had not arrived on time, meant that the VRFocus team were up at the crack-of- dawn purchasing new equipment, downloading and installing software to each machine and setting up the many HTC Vive units required for the event. Thankfully, everything was in place for the 1pm BST kick-off. 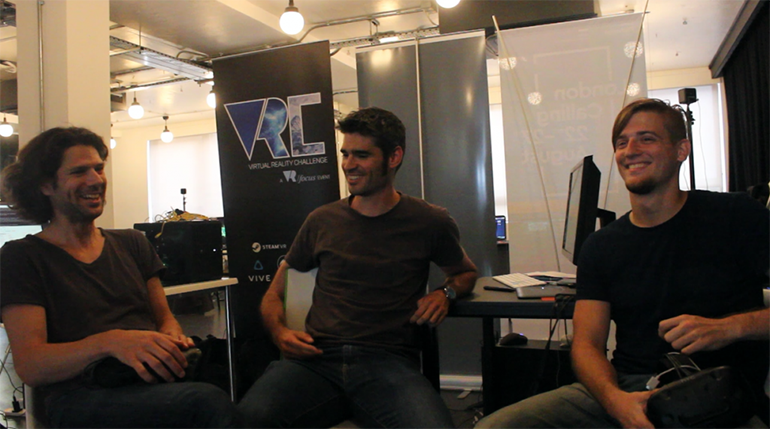 The attendees of the event were given one simple task: create a compelling VR videogame within 24 hours. Well, it may sound simple on paper but in reality that’s no easy feat! Working to the theme ‘a safe pair of hands’, the teams were given a small amount of brainstorming time before diving into their work. Using Unreal Engine 4 and the HTC Vive, each of the teams quickly came up with a unique concept to build upon. VRFocus community manager, Kevin Eva, was on-hand to introduce the topic and help organise the teams, while staff writer and presenter Zeena Al-Obaidi monitored the projects, interviewing the teams and keeping the eager VR audience updated progress. Game Jams have always been a collaborative affair, and in the case of VRC it was the excitement of the teams that made the long hours and sleepless night worth every minute. 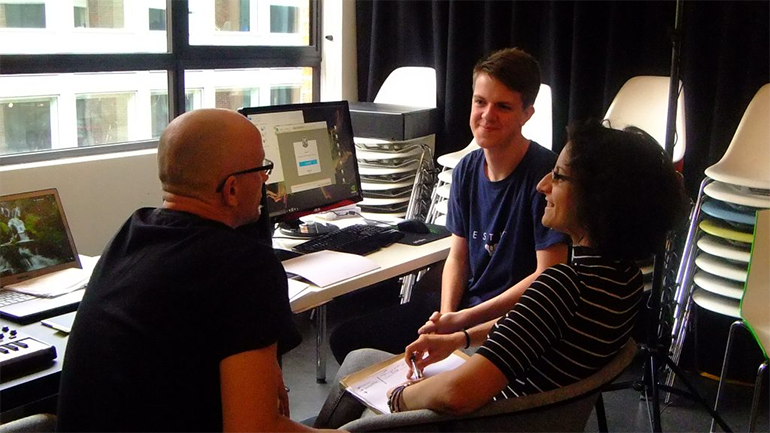 A tower defence videogame, a multiplayer experience using just one HTC Vive, a Lemmings inspired path-builder and saving tigers and pandas from an unfortunate end were all unique and enjoyable projects built by teams with a wide variety of backgrounds and experience. Students, hobbyists and professionals all gathered at the VRC, guided by mentors from Climax Studios, CherryPop Games and Supermassive Games. It was truly inspiring to see the different disciplines come together – with many of the team members having never met prior to the VRC – and create something completely original from the ground-up. 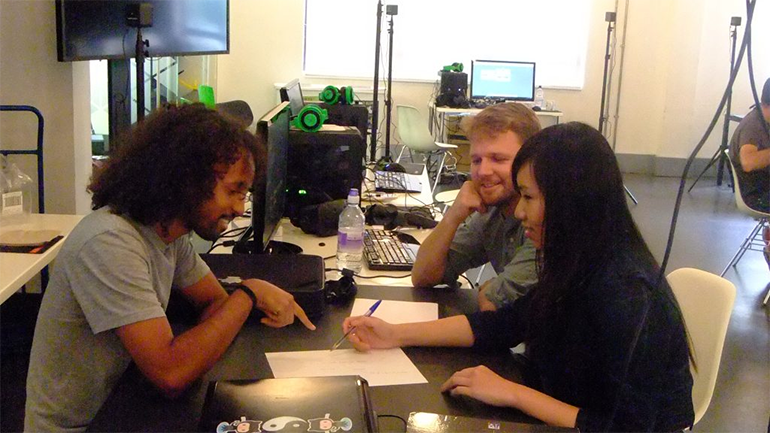 Of course, there could only be one winner. Team Catastrophe and their efforts to ‘raise awareness of too many cats being shredded every year’ was determined as the winner by a panel of judges comprised of myself, Thomas Gere, Luciana Carvalho Se, Tanya Laird and Epic Games’ Jess Hider. The team, Mark Bailey, Mat Burri and Jan Kaniewski, will each receive a HTC Vive courtesy of Epic Games’ Unreal Dev Grants programme. 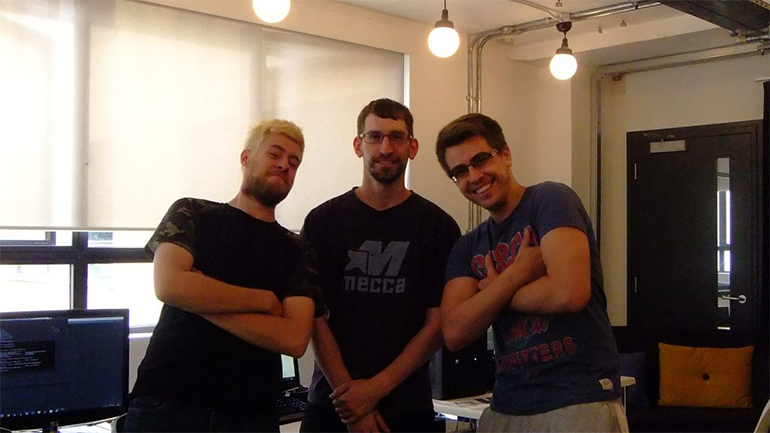 Though Team Catastrophe were determined the winner on the day, each of the teams has expressed an interest in continuing work on their projects. This, ultimately, is the best result we could have hoped for. Not only did the teams enjoy themselves but also each of them created something they could be proud of. At this point, I’m certain that you haven’t heard the last of Team Catastrophe, Team Supraliminal, Team FD and Virtually Done!

VRFocus would like to thank all those who supported the VRC, including Epic Games, HTC, Valve, NVIDIA, Climax Studios, CherryPop Games, Supermassive Games and our judges.