Join us at Devcom & Gamescom

There are lots of exciting moments to be had at this year’s Devcom and Gamescom! With fantastic talks at Devcom, the annual Unreal Engine Mixer and an exciting new addition – the Unreal Engine Dev Garage – there are plenty of ways for you to get involved with the Unreal Engine team. We’ll be stationed in Hall 2.2 so make sure to drop by and say hello!

From a keynote with Tim Sweeney, to a masterclass with Sjoerd De Jong, to many talks from our amazing developers, there’s plenty going on at Devcom that you won’t want to miss! 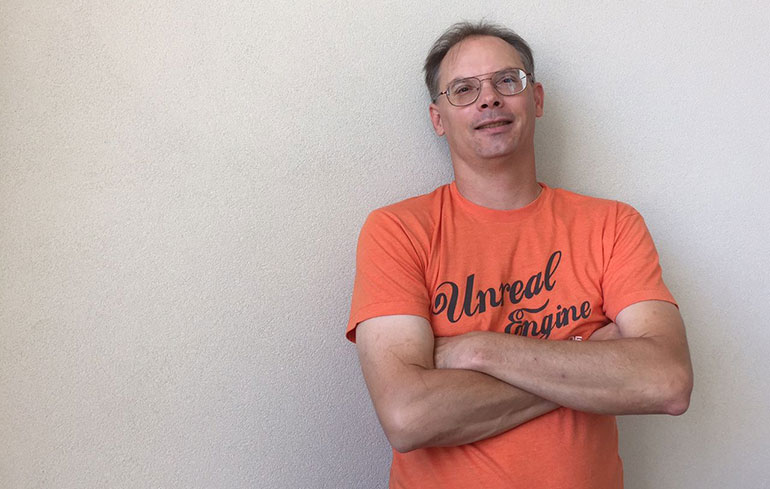 PLAYERUNKNOWN’S BATTLEGROUNDS has sold more than two million copies worldwide, remains in the number one slot on Steam and the top five most watched game on Twitch. Brendan Greene (aka PLAYERUKNOWN) will share his experience in going from modder to Creative Director for Bluehole. He and the team will highlight things learned from his modding days and how they applied them to larger scale game development, covering the following points: How to funnel and apply feedback Developing a partnership with livestreamers and players From Modding to Full Game Design – Making the jump, the do’s and don’ts with insights from Brendan.

With their debut title EVERSPACE, the veteran team at ROCKFISH Games created a surprise hit on PC and console by combining a high-quality 3D space shooter with roguelike elements, unusual storytelling, and optional VR support. At the beginning of the project, in a situation of an unexpectedly canned previous work for hire production, the team had to come up fast with a strong vision within a competitive, yet niche genre to secure funding to develop this new IP before running out of business. Michael Schade, CEO & Co-Founder of ROCKFISH Games, will walk the audience through a 12-step process, which enabled the team to turn around the doomed studio into a creatively and financially independent position, eventually.

The session will discuss our experience releasing New Retro Arcade, a VR title that has been previously released as free product. Questions which will be discussed are: What is the best price point for releasing a VR game which also allows NON-VR players to play the game? What is the best sale strategy on Steam? What to do if your game's price point is to high? How to deal with unhappy customer reviews on Steam? What to expect on revenue when you sell your VR game on Steam? What to look for when your game deals with thirdparty software (legally, costs)?

In October 2016 we launched our Kickstarter campaign for Lost Ember without a significant track record or any kind of community before we started promoting our campaign. After about 48 hours we reached our funding goal of 100,000€ and ended the campaign with almost 340,000€, making Lost Ember Germany's second most successful crowdfunding campaign for a game. Tobias Graff will talk about how we prepared the campaign months before the actual launch, built our community from scratch, and got international press and influencers to talk about and work with us, as well as share some insights about what it entails to manage a crowdfunding campaign, what ups and downs we went through, and what we learned in doing so.

In this 2 hour masterclass Sjoerd De Jong will dive into the depths of Unreal Engine 4 rendering. From the perspective of an artist Sjoerd will go through a big portion of the real time rendering process the engine runs through each frame, and what its practical implications are on art production. The masterclass will focus primarily on occlusion, geometry, and lighting rendering in order to give the attendees a better understanding of performance considerations, art pipeline, and rendering features of Unreal Engine 4. The class targets both game developers and people from the film, architecture or visualization industries. 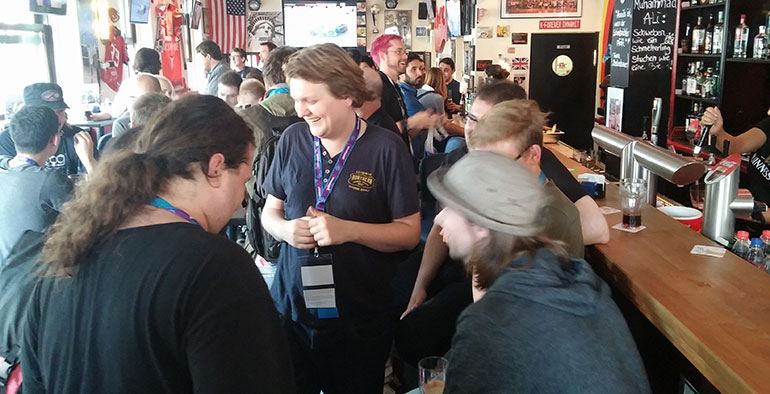 The annual Unreal Engine Mixer returns once again on Wednesday from 17.00 to 19.00!  Join us for some free beers and fun networking at:

You can sign up to the event on Eventbrite, and don't worry, you don't need a Devcom or Gamescom pass to take part. We hope to see you there!

We don’t succeed unless you succeed, so this year we are introducing the Unreal Engine Dev Garage at Gamescom. On Thursday afternoon from 13:00 - 16:30 you can book a half hour slot to get some on hand tech support, discuss custom licenses, promotion and more.

Spaces are limited and time is tight, so to make sure we get the right person to help you, please e-mail the following details to GCDevGarage@unrealengine.com to request a meeting:

Please note, the Dev Garage will be held at our booth in Hall 2.2. To enter the hall you must have a trade pass!