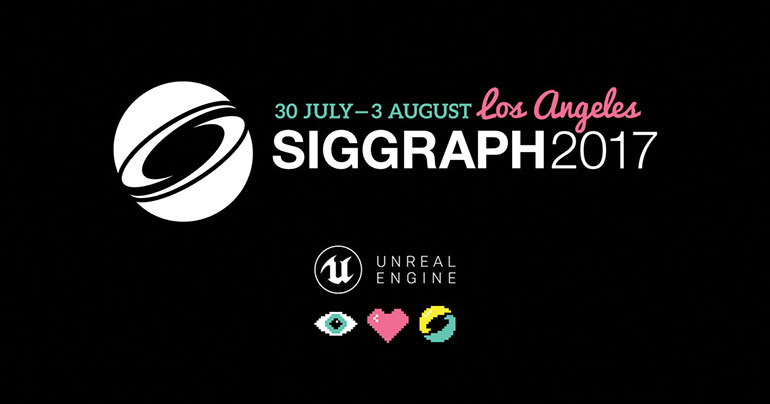 Epic Games will host their first SIGGRAPH Unreal Engine User Group and party in Los Angeles on July 31, 2017 at the Orpheum Theatre from 4:30-9:00PM; more information and registration is available online.

Epic will showcase real-time productions, workflow tools, and interactive experiences at several events during this year’s Siggraph; from Real-Time Live!, to the VR Village, to the Computer Animation Festival, and much more. Highlights include:

DigiPro: Epic Games CTO Kim Libreri will keynote the DigiPro Symposium on July 29th at the Beaudry Theatre at Los Angeles Center Studios, where he will discuss “Real-time technology and the future of production”.

Computer Animation Festival: This is the first year real-time production is represented and the only two real-time films being shown are both Unreal projects (“A Hard Day’s Nite” and “The Human Race”).

Meet Mike in VR: Meet Mike in VR is a state-of-the art digital human performance in virtual reality, powered by Unreal Engine. Spearheaded by FX Guide’s Mike Seymour as part of his PhD with the University of Sydney, this is a widely-supported global research project that is pushing hardware and software limitations to provide a glimpse into the future of photorealistic, character-driven real-time production.