The Future of Fear: How Paranormal Activity VR is Taking Fright To All-New Heights

What is the future of fear? The emotion, which is officially described as being "unpleasant" and "caused by the belief that someone or something is dangerous, likely to cause pain, or a threat," has always been a part of mankind's existence, but while we tend to avoid true harm at all costs, thrill-seeking fans of fear embrace the emotion and are in a constant search for the next big rush.

While fear takes many forms, a variety of mediums have tapped into the fear-seeking market over the course of history - making for scary-good experiences in literature, film and, of course, gaming. As we enter the era of virtual reality though, one can't help but notice this newfound medium's ability to induce a level of fear that has evaded all mediums prior to it. After all, the personal nature of fear means that the unprecedented levels of immersion facilitated by VR will enhance the emotion and, as we've already seen, cause a reaction that exaggerates that sought-after rush.

While VR still has a way to go in order to become mainstream, one experience in particular has been serving to convince the masses that the richness of its immersion is real. Paranormal Activity VR has been generating personal fear fests and viral videos for a while now and the game, which is based on the film of the same name, is taking the concept of frights to all new heights.

We recently chatted with VRwerx co-managing partners Alex Barder and Russell Naftal about the experience based on Paramount Pictures' film using the power of UE4 to send chills down the spines of anyone brave enough to experience Paranormal Activity in VR. 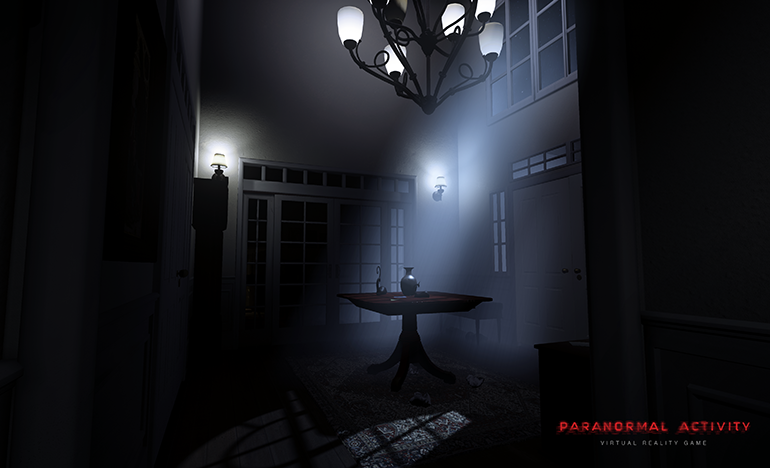 In the past, mixing the proven world of film with the growing platform of interactive entertainment has had limitations and been met with mixed results. Obviously, Paranormal Activity as an IP has the unique opportunity to craft unique experiences in both realms. How is VR allowing you to overcome previous obstacles and blend the two mediums together to create a new and exciting experience?

Our approach to creating the Paranormal Activity VR game is radically different than the approach of many previous games based on film franchises. As opposed to starting with the plotline of a specific movie, we take a step back and look to the mythology and universe the film is based on. We seek to create a unique story within that mythology, as opposed to a plot line from any specific movie. Because the audience already experienced the movies, we believe we should give them a brand new story specifically designed for VR from the ground up. The amazingly immersive VR then enables the audience to experience that universe in a new way they never could before in a movie.

Becoming relative pioneers within the VR landscape, what key lessons have you learned about creating a truly immersive experience through the lens of VR?

What we’ve learned is you have to treat VR completely different than any other previous platform. Ironically, the key to making the best VR experience is by forgetting that you are in VR. By endeavoring to remove any technological obstacles from the experience, we give the player complete agency in the environment providing the ultimate immersion, truly making them believe that they are actually there. 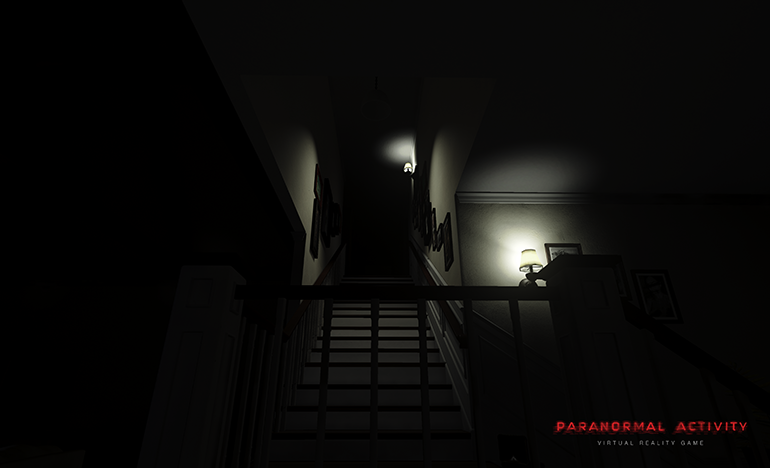 How has the Paranormal Activity VR experience evolved throughout its lifespan?

The game continuously evolves. Since taking our demo version of the game around the world for thousands of people to publicly play,  we’ve learned a tremendous amount not just about the science of fear, but also about how people physically move through an immersive environment. It’s also taught us how players interact with the game controllers and the game’s mechanics. The player feedback has been extremely beneficial and we’ve very carefully incorporated the feedback directly into the game.

As we were able to experience firsthand via your presence at the GDC VR Lounge, Paranormal Activity is certainly a crowd-pleaser. How has your team taken advantage of this aspect of the project to generate awareness and provide some good old-fashioned fun?

We've let the work speak for itself and are extremely pleased that the response from the general public, the player and the media has been so amazing. Most interestingly, we’ve learned that the great thing about VR isn’t just the experience while you have the HMD on, but also watching other people play our game is equally a ton of fun. People love to share their friends playing our game on social media. 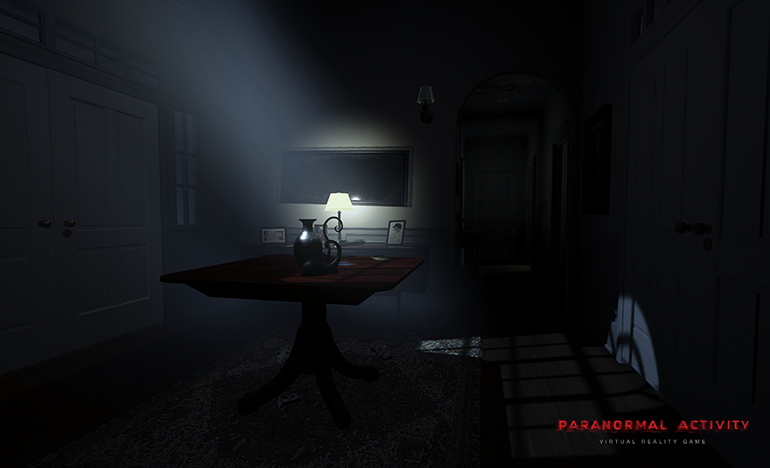 What were some of the more common reactions to Paranormal Activity from those that visited you during GDC?

Lots of screaming, the terror-fueled ripping off of the HMD and the tossing of controllers as well as a desperate need to play it again.

From a gameplay perspective, VR has the capability to take the horror and horror-survival gaming genres to all new levels. Where and how do you see interactive horror evolving through the lens of VR?

We see VR as a platform that can truly escalate horror storytelling beyond anything anyone ever imagined possible. The tool chest we have in VR enables us to engage the audience in a deep personal way that a movie’s passive experience cannot. While our demos have been scary and a lot of fun, we can’t wait for the audience to play our game. It will absolutely destroy them in the most amazing way.

Though Paranormal Activity VR utilizes the unique features of the HTC Vive, including room-scale exploration, the experience will also be available for several other marquee VR platforms. How does Unreal Engine 4 allow you to seamlessly develop multiple builds for multiple hardware devices?

Unreal Engine 4 is so intuitive and comprehensive, it enables us to focus on storytelling while simultaneously making developing across all platforms extremely efficient, ensuring the player has a consistently terrific experience regardless of which VR platform they choose. 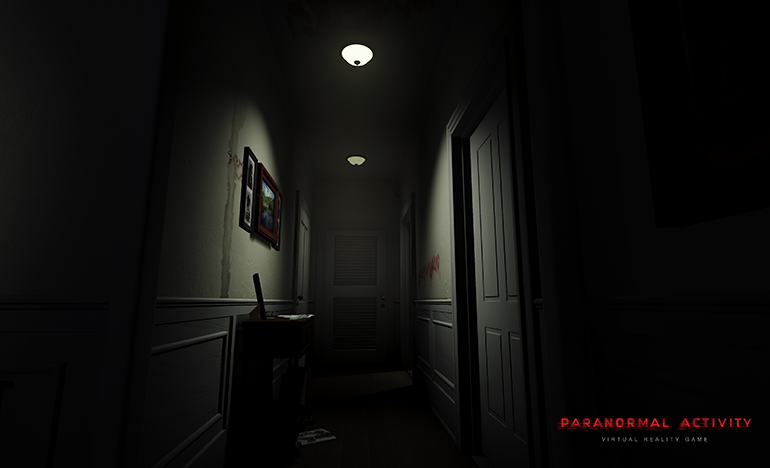 Beyond producing an experience that can span multiple devices, how has UE4 helped bring the vision for the Paranormal Activity VR experience to life?

Unreal Engine 4 offers the most photorealistic experience enabling the complete immersion that our game strives for.

At GDC 2016, the availability of the VR Editor for Unreal Engine was announced. How do you feel the capability to create and edit VR experiences while in VR will impact that development process?

We're extraordinarily excited at the prospect of being able to create and edit VR experiences while actually in VR. A true game changer. This will make the development process extremely efficient and much more intuitive.

Why would you recommend Unreal Engine 4 to other developers looking to pursue VR ventures?

If you are looking for ease of use, advanced tool sets and intuitive VR controls on top of a photorealistic environment, than Unreal Engine 4 is your clear and obvious solution.

What are the current and future plans for Paranormal Activity as a VR experience?

What was shown at GDC was a slice of actual pre-alpha gameplay. The Paranormal Activity VR game is a full AAA game for HTC Vive, Oculus and PSVR with 3+ hours of storyline and 8-10 hours of gameplay launching summer 2016. We’ve all been working really hard to bring the absolute best, intense and terrifying experience to the fans.

Thanks so much for your time! Please tell our readers when and how they can try Paranormal Activity VR and where to go for the latest information.

People interested in learning more about our game should head over to www.pavrgame.com or to our Facebook page at www.facebook.com/pavrgame.

[Editor's note] To get a sense of how GDC 2016 attendees got into the game, check out IGN's Marty Sliva giving his reactions to Mitch Dyer below.