Releasing on Xbox for Indies

Hello! Jess here from Epic with another instalment in the ‘For Indies’ series (previous articles include ‘Marketing’, ‘Expos’ and ‘Public Speaking’). This time we’ve partnered up with the ID@Xbox team to take a dive into the process for releasing a title on Xbox; from how to register as a developer, advice and support on development, to looking at release procedures.

What is the ID@Xbox Program?

The ID@Xbox program was announced at Gamescom in 2013, so it’s just over 4 years old. The program enables qualified game developers to self-publish digital games on Xbox One and Windows 10 with full Xbox Live integration.

ID@Xbox developers get the same access to all the same platform tools and technologies as any other publisher on Xbox, and the program provides 2 devkits free to charge to all registered developers.

You don’t have to pay Microsoft a penny to ship a game on Xbox One. There’s also no limit on how many times you can update your game after launch; Certification and updates are all free. Best of all, there is a single submission process that gives you access to every territory, worldwide - so you won’t have to submit separately for different regions!

Games launched through ID@Xbox are first-class citizens within the Xbox store. They sit side by side with games from every other publisher. On Xbox, a game is a game.

To date there are over 2500 registered developers and over 600 titles have launched across Xbox One and Windows, with 1500+ titles currently in development. ID@Xbox has generated over $500m in revenue, and over 1.3 billion hours of ID@Xbox games have been played in the last 12 months, with more than 200 million achievements unlocked – that’s over 6 billion total Gamerscore across ID@Xbox titles!

Registering as a Developer

To gain access to the Xbox source code for Unreal Engine (at no extra cost), you first need to register to join the ID@Xbox program by simply filling out the application form with the relevant details. ID@Xbox advise that it’s usually best to register once you have at least a playable build of your game. If you want to ask them questions before registering you can always reach out to them via Twitter or Email, they’ll be happy to help:

After everything’s approved and you’re all set to be an ID@Xbox Developer, you’ll need to contact Epic to verify your registered status. If you are a EULA developer (i.e. you’ve accepted our terms and conditions for using the engine and nothing more) you need to head across and fill out this Console Development Request Form.

If you have a custom license agreement, or a direct eval, you should e-mail your Epic Sales contact asking for console access.

Finally, Epic will send you an electronic Non-Disclosure Agreement (NDA) via DocuSign.  Once you’ve completed that, we’ll send you an email containing instructions for accessing the console code and tools (this is a manual process for now, so please allow a few days to receive access). Then we’ll check with ID@Xbox to make sure everything is confirmed and all hunky-dory,  before granting you access to the Xbox source code for Unreal Engine! 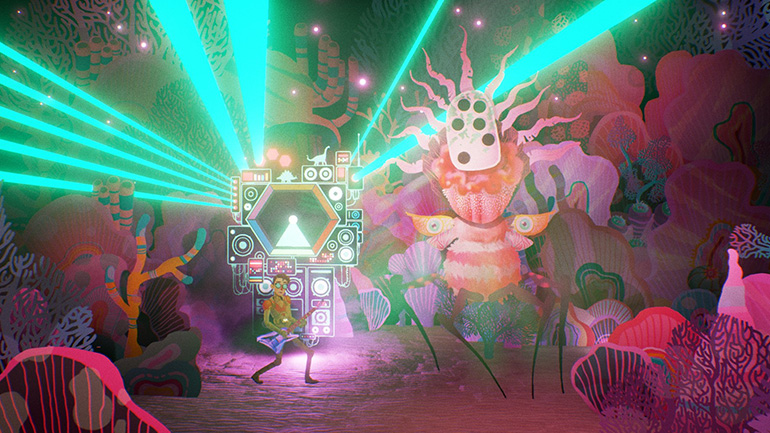 The Artful Escape of Francis Vendetti by BEETHOVEN & DINOSAUR

Once your game concept is approved by ID@Xbox, you can receive two dev kits free of charge (and you can always buy more if you need them). With dev kits in hand, and source code access granted, it’s time to start development!

Not sure where to start? Check out the Shooter Game sample (freely available on the Launcher on the Learn Tab under Games) which provides a clean example of using UE4 to develop a console game. 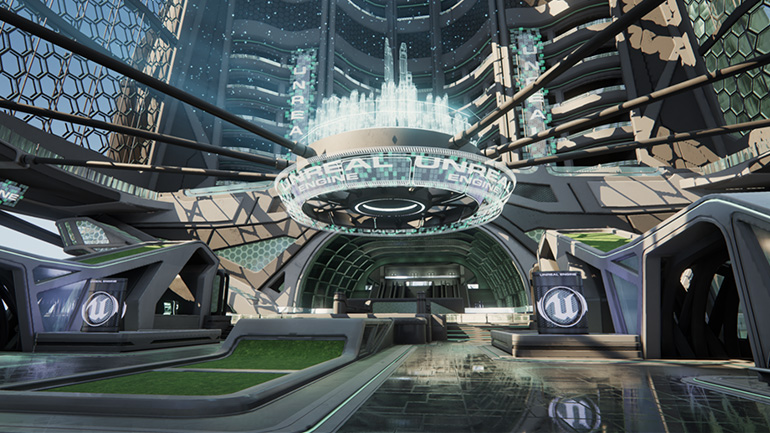 As is with all development, at some point you’ll find yourself hitting a blocker of some sort. If that’s the case remember you are not alone.

If you are running into Unreal Engine issues on Xbox, for discussion and community support, we’ve created the “Xbox One Development” section on the forums, which is only visible and accessible to registered Xbox developers. Please keep anything Xbox related to this forum (do not post on Answerhub) as Xbox source access is under NDA and information is only able to be shared amongst registered developers.

If you do post an issue to the forums, please make sure to include the details outlined in this post (only accessible to Xbox developers) to give others the best possible chance of helping you. It’s also worth reading the other ‘sticky’ posts as these contain useful information to get you started.

Further support options from Epic are available in the form of a custom license.

If on the other hand you have questions about the XDK or other general Xbox Development questions, head over to Xbox’s dedicated forums. You’ll be provided with details on how to access these when you successfully register for the ID@Xbox program.

Before you hunker down into development, here are a few words of advice from the ID@Xbox team about developing independent games for consoles: 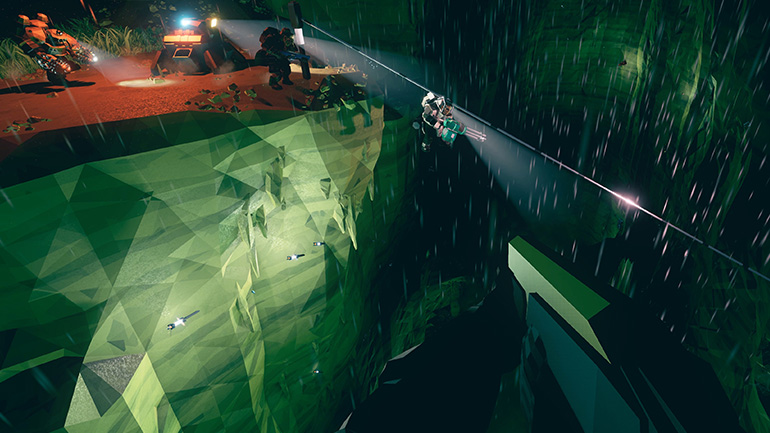 When you are ready to release, make sure to read through Epic’s Commercial Game Deployment Guidelines. It contains vital information for shipping your title, including a handy checklist of things to do before release (mainly on the legal side so you must read this) and our Notification of Release Form.

Once you are in the ID@Xbox program you will get information about the procedures for preparing for release. Make sure you factor in enough time between passing certification and your launch, so you can build awareness!

All ID@Xbox titles have to go through certification. Certification ensures the delivery of high-quality games that won’t break or behave inappropriately. ID@Xbox has release managers who will help you navigate the certification process and will provide clear documentation on certification and rating requirements. These materials will be available to you once you have registered with ID@Xbox.

Certification on consoles can seem daunting, but if you build in plenty of time into your schedule (and don’t announce your launch date until you know you have passed CERT!) you should find it is smooth sailing!

In a previous blog post, Marketing for Indies, we explained best practices for online marketing and how we (Epic) can help promote your game. In mainly boils down to the fact that we need to know you are there, so make sure to reach out to us by tagging us in the development of your game on social or coming and showing us what you are working on at events!

Similarly, the ID@Xbox team have worked with hundreds of developers to help them launch and promote their titles on Xbox One and Windows 10, so we sat down with Agostino Simonetta (head of ID@Xbox in Europe) to get some advice:

“A bad launch can doom a great game on console. Good launch timing will maximize your chance for success.

You should be actively solving for launch timing throughout your entire development. At every stage of development, you need to be seriously asking yourselves if adding feature X or spending more time polishing feature Y at the expense of a less ideal launch window is really in the best interest of your game.

If Big Game X is launching you may think ‘oh my game appeals to people who don’t want Big Game X', but the reality is that in digital marketplaces, on Big Game X’s launch day, it’s going to be very hard to see or even find your game. It’s incredibly tricky to manage a counter-launch, and our advice is to avoid the big launches!

Generally speaking, the best time to launch a digital game on console – especially if it’s new IP – is January to April. This is by far the least crowded time of the year, and sales for digital titles can be very strong in this period.

May to August can also be good, but August is getting more and more crowded.

Q4 is really dominated by the big retail releases. This is serious danger territory for independent game release. The best practice is to try and avoid this period entirely, and to ship in the first eight months of the calendar year. If I was launching my own game, I’d probably shoot for some time in the first six months!” 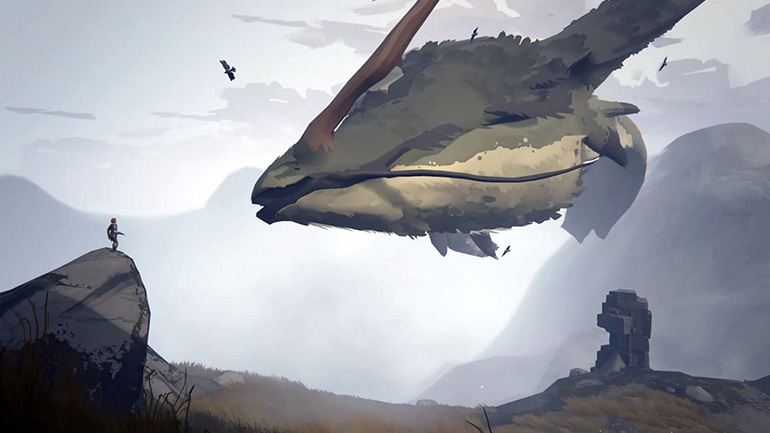 So what can ID@Xbox do to help your launch?

Agostino says: “The good news is that there is a bunch of stuff you can do, particularly on our platform, that can help with your visibility at launch; make sure you talk to us early! Tell us when you plan to launch, and get our advice. We can tell you if it’s a good or bad time, even down to which day of the week might be best.

Please take the time to understand how the Xbox Dashboard works. There are many features built into our platform to help you promote your game. Please don’t just use your consoles for development work, make sure you boot them up and play some games, explore the store fronts and the dashboards, look at Gamehub, Clubs and Looking For group, check out what we are doing with Mixer integration and make a plan for how YOU can take advantage of all of these features in your marketing plans. You don’t need any help from the platform to utilise these tools.

On top of the self-service tools, we also have the ID@Xbox area on xbox.com, and our own social media channels. Make sure you reach out to us in advance of any messaging you have planned on other social platforms, send us pre-built assets in the formats you know we need, and tell us when you want them to go live, and we’ll use them!

Please don’t be afraid to ask. It’s impossible for us to know the marketing schedule of every title coming to our platform, so you need to be reaching out to us, rather than waiting for us to come to you. It’s your job as an independent developer & publisher to work with us to amplify your messaging.

Don’t come to us a week after you put your latest trailer up on YouTube and ask if we can link to it. It’s already old news by then. Make sure you reach out to us weeks in advance and get us on board!

As well as our ID@Xbox specific channels we also feature independent games across our wider social channels. You should make yourselves familiar with the type of content we feature on Xbox Wire, on Xbox.com and on our other social channels, and be pro-active about asking us to feature your game.

Again, if you can come to us with an article ready to go, with text and assets already created, it makes it easy for us to help you and feature your content. Help us to help you.”

Once again a big thank you to the ID@Xbox team for helping write this post. We can't wait to see what games you ship on Xbox!