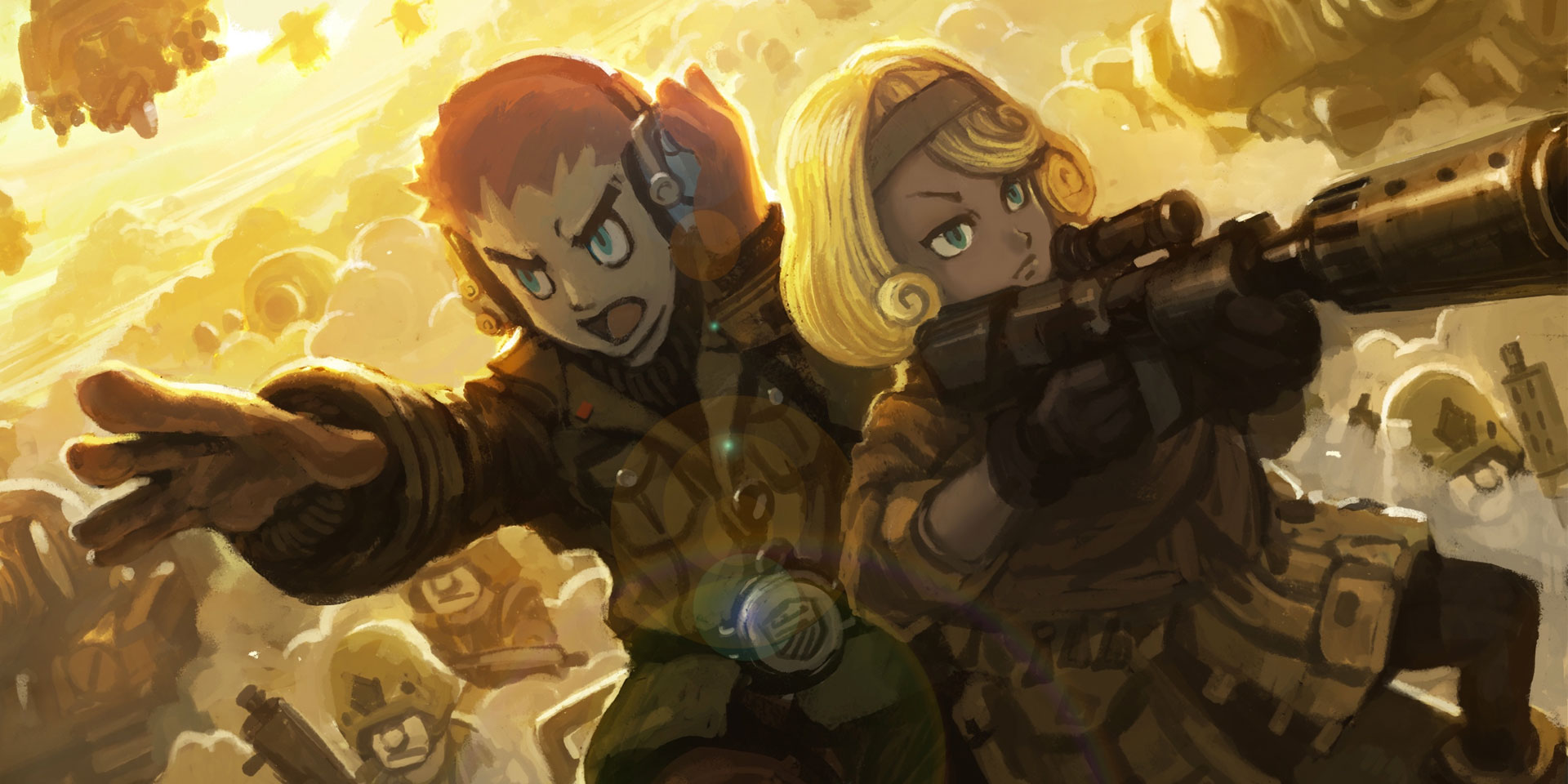 Exploring the Tactics Behind TINY METAL

It is said that imitation is the greatest form of flattery. This is true for Area 35 - a small team of independant developers who have taken on the task of developing a spiritual successor the beloved cult classic real-time strategy title Advance Wars. Their game, TINY METAL, will be instantly recognizable to fans of the aforementioned franchise when it arrives this fall for Nintendo Switch, PlayStation 4, Windows, and Mac OS X.  Of course, the team is also looking to attract new players who might have missed out on the ‘Wars’ series itself or have never touched an RTS to begin with.

I recently caught up with Producer Hiroaki Yura of Area 35 to find out more about the origin of TINY METAL, what actually makes it different from its inspiration and how Unreal Engine 4 is helping a tiny team accomplish its biggest mission yet.

Q: How did the initial concept for TINY METAL come about?

Quite simply, we missed Advance Wars, and seeing that our favourite title hasn’t come back in some time, we thought we’d continue as a spiritual successor. However, we believe that making a clone was extremely bland, and it needs to fit in with the times today, so we added flavours of our own. We’re a small team so we couldn’t do everything we want to, but we believe it has enough originality to pleasantly surprise gamers and Advance Wars fans alike.

Q: Why is TINY METAL a must-play for fans of the turn-based strategy genre?

We’ve fine-tuned TINY METAL to be simple but fun. We’ve taken a lot of inspirations from our favourite games such as Advance Wars and Final Fantasy Tactics but kept it simple and fun to play. Although Japanese games in this genre tend to be in 2D, we’ve made our game in 3D and put in some great animations as well as a simple but intriguing story in between missions.

Quite simply, it is what we hope - a true spiritual successor to Advance Wars. 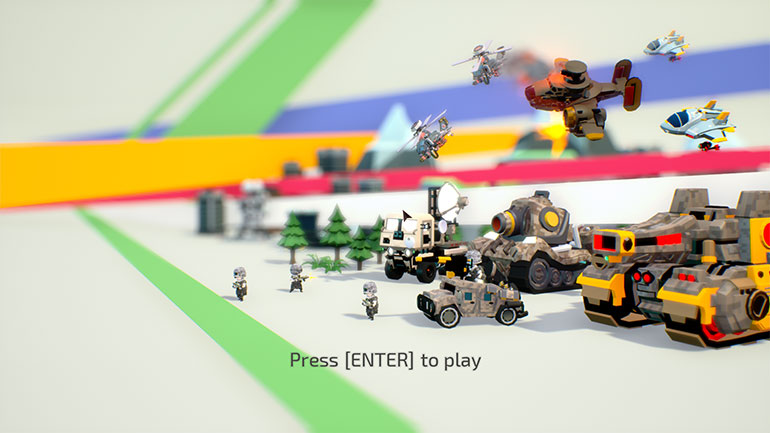 Q: What all-new mechanics does TINY METAL bring to the genre?

We have several interesting mechanics, most of which are designed to prevent pinning each other down and clogging the map down.

Facings are a very important facet of the game. If attacked from the flank or rear, the unit will receive more damage, and the possibility of a critical strike increases.

A common mechanic used in RTS/TBS, this makes having units with good visuals important. Having an infantry unit up on the hill increases sight range and without sight prior to their movement, that unit cannot attack any unit they find after the movement phase.

A radar truck allows the display of blips of enemy units in the fog of war and allows units to attack the blip even without vision.

This allows multiple units to attack one enemy unit. Should the enemy unit survive the onslaught, they can only return fire at the unit that initiated the focus fire.

These are collectable, unique units that you can find throughout the campaign missions.

The units are stronger than the vanilla counterparts and may also come with extra weapons / parts.

The Hero Units are called in from Comm Towers and can be deployed anywhere you have vision on the map.

Also, these units are capable of retaining their veterancy rank at the end of the battle. 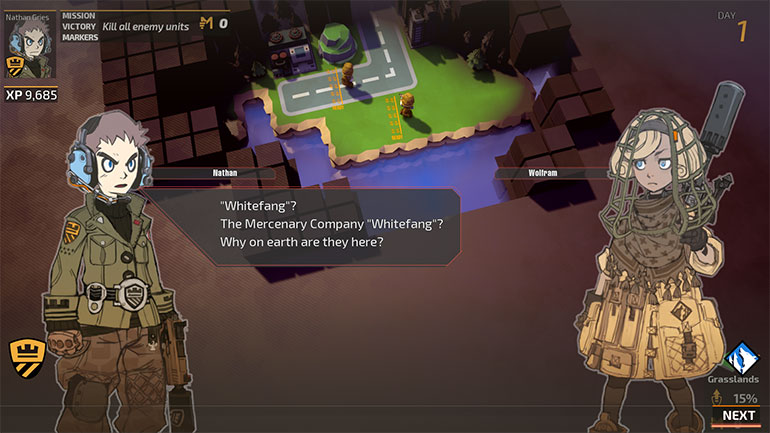 Q: What can you tell us about the game’s story?

We kept the story simple enough for kids but intriguing enough for adults.

The story revolves around a young Artemisian Lieutenant Nathan Gries who gets caught up in an outbreak of war. However, the reason for the outbreak seems out of place and Nathan finds himself in a position to find out why the war broke loose. The story will allow the player to delve further into the world of TINY METAL and with the help of Nathan and his friends, find the mastermind of the war and put an end to it.

Q: TINY METAL has a fantastic visual style. Did you land on this right away or did it take several iterations to achieve?

We had a very clear vision on the visual style but of course, we tested a few variations of it to make sure we were happy with this. Hopefully if this title sells, we will be adding more units and environments to the game. 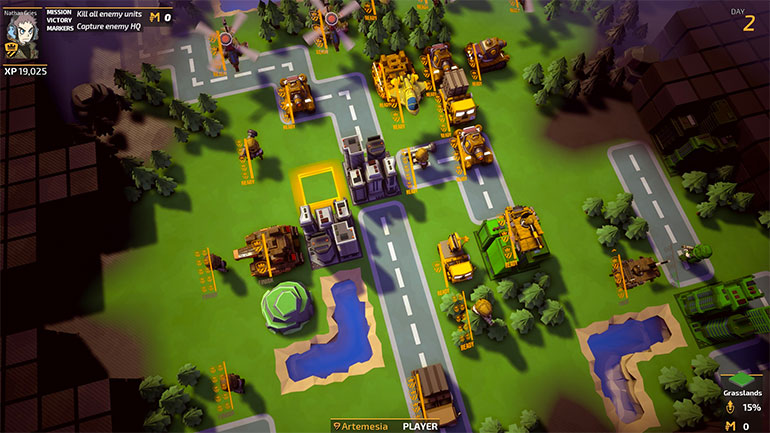 Q: While visually impressive, the game has very accessible system requirements on PC and will reach a broad audience on console as well. How important was accessibility to the overall project goals?

We feel that players shouldn’t be restricted by the spec of their PC. We’d love for people to be able to play on a wide range of consoles and on PC and Mac.

Q: You recently showed the game at PAX West in Seattle. What has feedback from the community been like and how have you incorporated that feedback into the project?

The feedback has been astoundingly positive. We did receive a lot of feedback on usability and UI. We will be making changes to those to make those quality of life types of improvements. 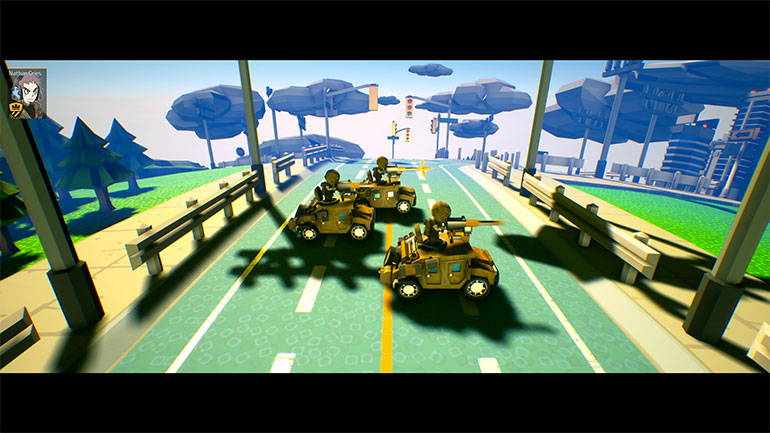 Q: What can you tell us about the industry experience of the team behind TINY METAL?

Many are freelancers who have the same kind of life goals. We’re all amazed at Western indies and amazed at what they can do, and we all feel that we want to become a challenger to this industry again.

Q: What did the team choose Unreal Engine 4 for this project?

The decision was based on Epic Games’ strong commitment to building a solid foundation for Unreal Engine 4. Our decision was made after the announcement for Linux support, something only possible if the engine source code is well maintained and designed. Our experience has not betrayed this expectation. Upgrade after upgrade, Unreal's strong foundation has us focusing on making TINY METAL the best game we can make. 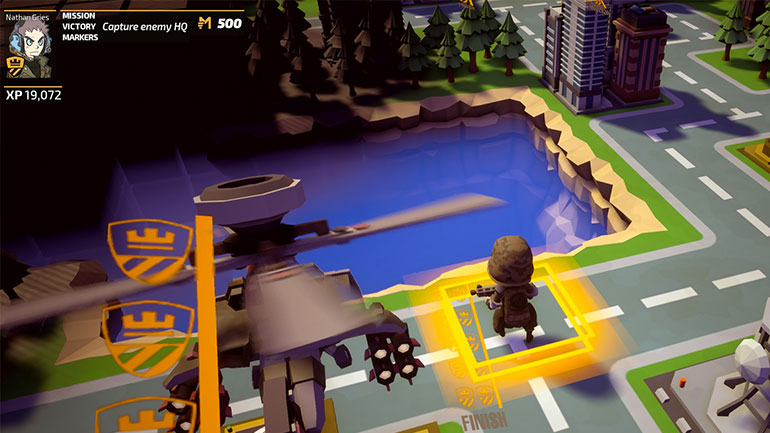 Q: Have there been any aspects of Unreal Engine that have proven to be particularly useful throughout development?

UE4 has incredible tooling and workflow for artists and non-programmers. Thanks to these tools our programmers have been able to focus on player-impacting gameplay or UI without wasting any time on plugins or developing artist tools.

Q: Where can people go to learn more about TINY METAL?