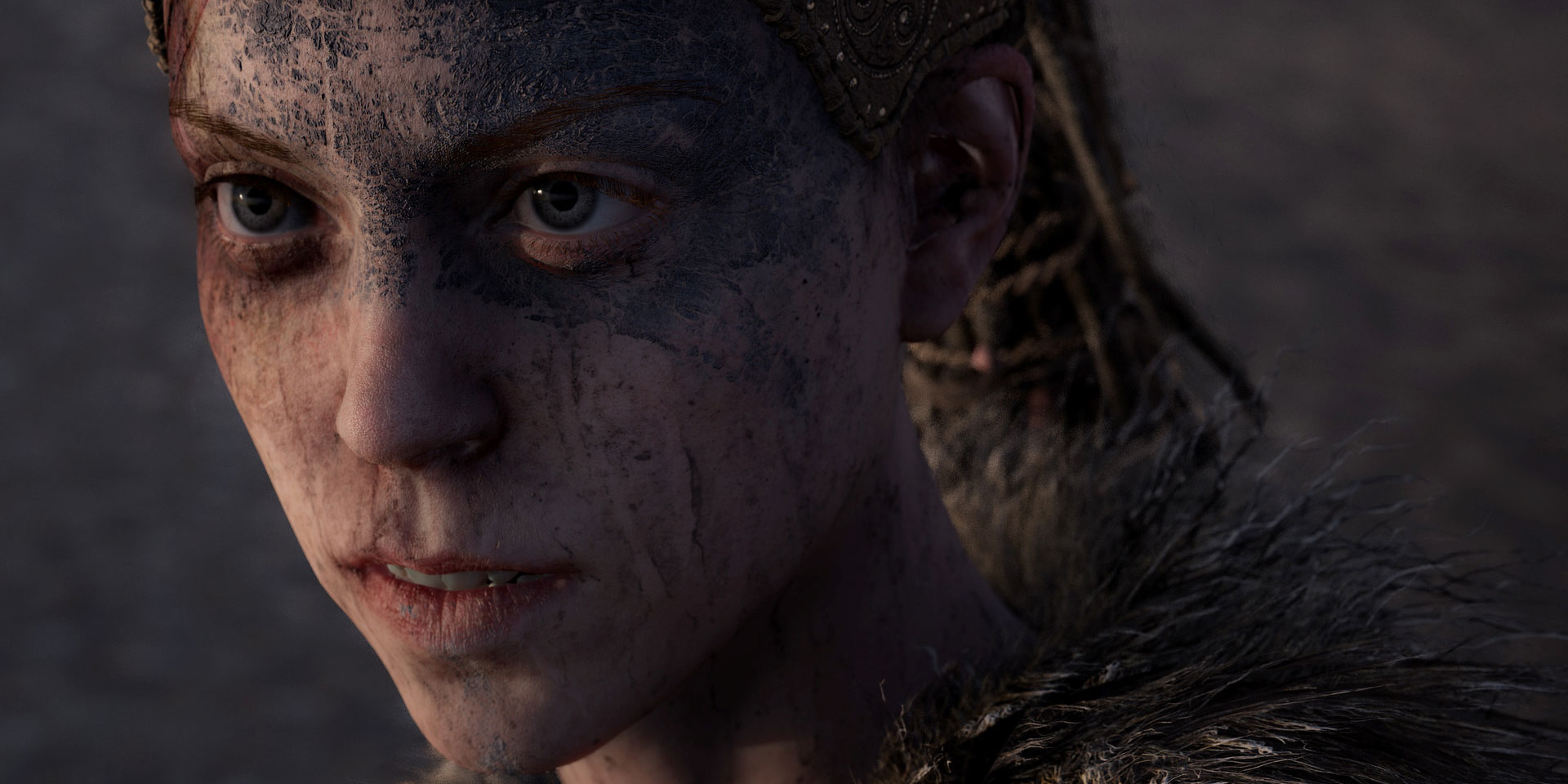 Over the past decade, Ninja Theory has developed a reputation for pushing the limits of what’s possible for small independent teams with action-packed, technically impressive and narrative-focused projects such as Heavenly Sword, Enslaved: Odyssey to the West and DmC: Devil May Cry.

With the studio’s latest title, Hellblade: Senua’s Sacrifice, Ninja Theory is challenging itself even further to create an all-new IP featuring mind-bending visuals alongside a sophisticated narrative that has players embarking on a brutal vision quest into myth and madness. Stripping away the likes of skill trees, inventories and even the standard HUD, Hellblade’s raw approach focuses solely on immersing players into Viking Hell as they fight for the soul of Senua’s dead lover.

Beyond the game itself, Hellblade is seeking to set the bar for Independent AAA - something Ninja Theory describes as creating, funding and owning IP of AAA quality, but with the more focused game design, lower price point and open development process that defines indie games.

I recently caught up with Ninja Theory co-founder and Chief Creative Director Tameem Antoniades to discuss the game’s origin, its unique narrative and gameplay goals and how Unreal Engine has helped fuel the project from concept to completion.

Q: How did the initial concept for Hellblade: Senua’s Sacrifice come about?

The landscape for independent developers is tough out there and it’s not easy to run a business when you are totally reliant on publishers. It felt important to attempt to create our own IP. We had enough budget for a modest sized game and the common wisdom was that games that sit between AAA and indie don’t work. We wanted to test that assumption. From there it was about playing to our strengths and finding an interesting subject to develop.

Q: How long has the game been in the works and how many folks have been working on it? 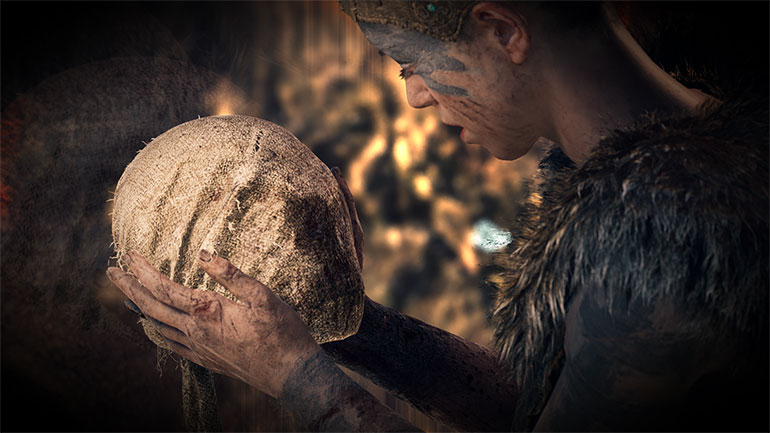 Q: In regards to overall gameplay, what were your goals for Hellblade?

To make a game that is AAA in presentation, Indie in sensibilities and at a price that sits between AAA and indie.  Our niche was to do a purely story focused action game and remove anything that gets in the way of that. So there is no HUD, no inventory, no skill trees, no crafting, no tutorials…just you and a visual and aural feast.

Q: Can you describe the combat in Hellblade and how it may differ from or build upon the studio’s previous titles?

Given there is no tutorials or HUD, the combat had to be discoverable and immediate which meant it had to be simple on the surface but have enough nuance to hold your interest for 8+ hours. In some ways, it’s a throwback to the old arcade games. 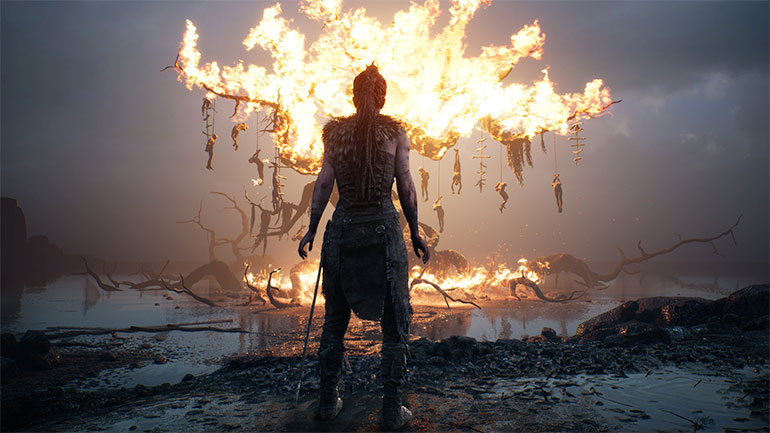 Q: Ninja Theory is known for pushing technical limits and has raised the bar in terms of animations and real-time cinematography with Hellblade. How do these areas of technical innovation impact the finished product?

Building our own performance capture studio allowed for a more fluid development process where we shoot scenes as and when we need them. Hellblade only features one character with facial expressions and so we built our stage around that limitation but pushed for quality beyond any of our previous games and it worked out better than expected. I must give credit to Vicon, 3Lateral, Cubic Motion and Epic for helping us get there!

Q: Your team did a lot of research on the game’s subject matter while collaborating with neuroscientists and people who have lived with the experience of psychosis. What do you hope people learn about the subject during their time with the game?

There’s nothing like stepping into someone else’s shoes to help shift your perspective on a subject. We don’t want you to feel sorry for Senua, we want you to exist for a few hours in her reality and embark on a vision quest. You will experience voice hearing, visions, delusions and altered states that are based on real people’s experience. 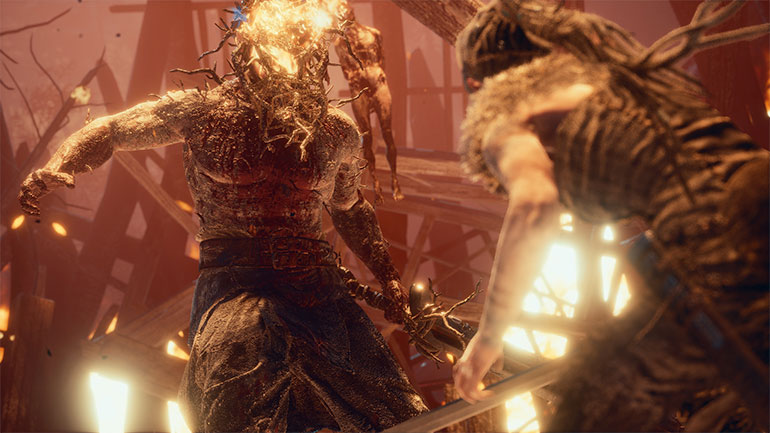 Q: How has Unreal Engine helped Ninja Theory realize its vision for Hellblade?

Unreal Engine 4 has let our artists and designers create their own Blueprint systems with minimal code intervention. In most discipline areas, we only had one person, i.e. one environment artists, one audio person, one combat designer and so on. The amount of content we have produced and the quality is staggering and as much a result of their talent as the engine’s features. UE4 lets us compete with the big boys.

Q: Are there any aspects of the engine that have been particularly useful throughout development?

Blueprints and realtime editing across each and every area. We are iterating and creating content at a rate that is an order of magnitude higher than even five years ago. 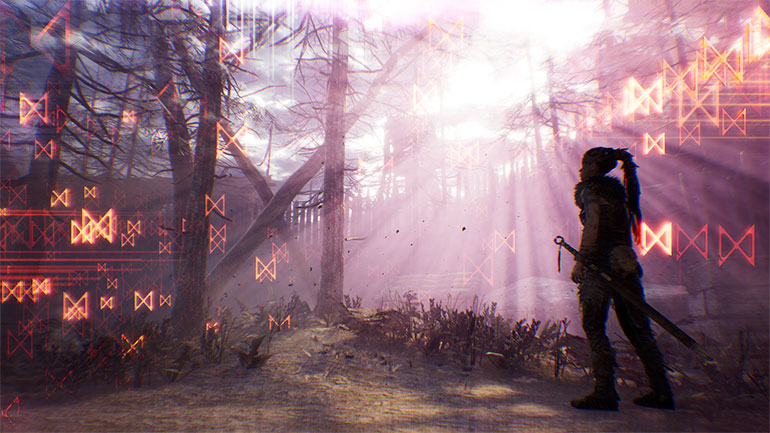 Q: What can you tell us about the photo mode that’s included in the game?

The game is so beautiful at times, that we had to include one!  It has plenty of controls and preset filters and I can’t wait to see the photos people take with it.

Q: Hellblade is as gritty as it is gorgeous. How does the project exemplify Ninja Theory’s philosophies as a studio?

We like to focus on an unusual personal story and then build outwards into a beautiful world and compelling action. We’re still learning as we go and we always feel like underdogs pushing to better ourselves without letting egos, politics or arrogance spoil the fun. 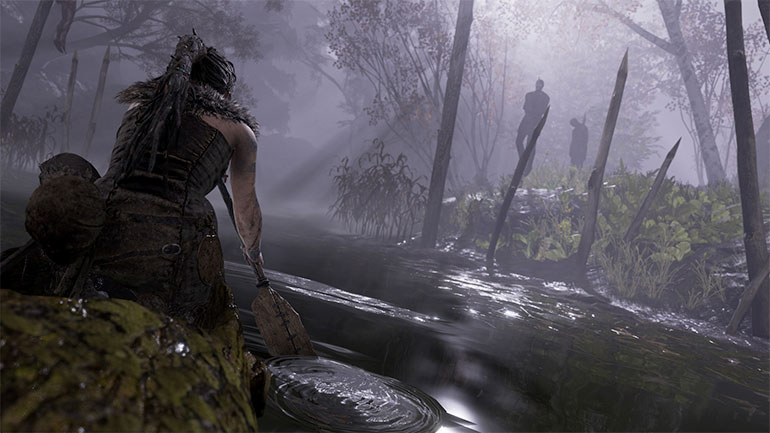 Q: Hellblade: Senua’s Sacrifice looks like a AAA game, but is being sold for $29.99. Can you explain why this price point is important to the project and Ninja Theory as a studio?

We have to find a way for mid-size studios to exist in this industry - studios who want to make cutting-edge but smaller, more creative games in the genres that AAA publishers are abandoning. Back in 2014, we set out on our goal to make Hellblade half-the-size of AAA at half-the-price and so this is the culmination of that goal. As we are self-publishing and digital only, we had room to set the price this low.  We felt that we wouldn’t be setting an example if we pandered to retail pricing expectations. We have no idea if this experiment will work for us but for better or worse, we committed to it.

Q: Where can people go to learn more about the game?

On our YouTube channel, we’ve documented our development right from the beginning in a series of developer diaries over the last three years. There’s 28 of them and it was a ton of work to do alongside the game but we believe that people need to know about how very hard but very interesting it is to make games. If you only want to know about the game itself, I’d say steer clear of all info and play it blind. It’s a rare thing these days to play a game like this without spoilers or expectations. Besides, it’s only $30 J