If you ever dreamed of dropping your favorite action figures into a frantic multiplayer battle within the cozy confines of your childhood home, the team at Digital Cybercherries has got your back. As recent recipients of an Unreal Dev Grant, the team behind 2015’s VR arcade simulator NewRetroArcade is now in full swing on its first official title, Hypercharge, which focuses its first and third-person shooter co-op/multiplayer gameplay on the ultimate target - your imagination.

In Hypercharge, players will craft crazy combinations of parts from a variety of toys, not just your standard heroes, to ensure that your wildest childhood fantasies are fully realized in a fun and frantic environment that includes multiple land, air and naval vehicles such as a drone and a remote controlled jeep. Best of all, you won’t even have to clean up when you’re done. 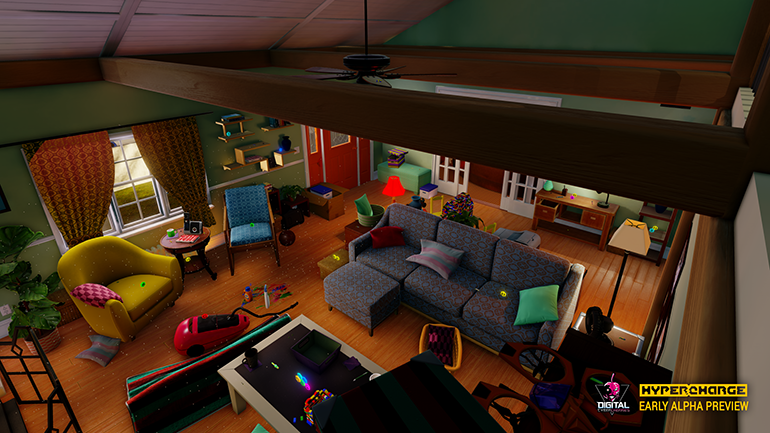 For those that are new to Hypercharge, the game has been in development for over a year now and the team still considers it to be early in the Alpha stages, which means that while they’re proud of the media that’s been released thus far (like what you see here for example), it is in no way representative of what they envision for the final product.

Two of the biggest areas of the game that the team is focused on achieving for the final release are believability and scale. In order for Hypercharge to hit home (somewhat literally…), it is essential that the environments don’t feel unrealistically clean and pristine. By dirtying up the levels and making the world feel like a real house that real people have lived in, the team will set itself up to deliver the experience they’ve been dreaming of - likely ever since they were children.

In regards to the level implementation, Lead Level Designer Andrew Hielscher addressed both the obstacles and the opportunities that the premise of Hypercharge presents. "The main challenge is creating environments that are believable, but also easily navigable by the player” said Hielscher. “Whilst being balanced for multiplayer and usable for co-op game modes. Creating a level at 12x the scale makes for many potential pitfalls that could trap players. Every prop in the level serves as a platform for player navigation. This provides more dynamic gameplay because there are so many variations in what you can climb into or onto." 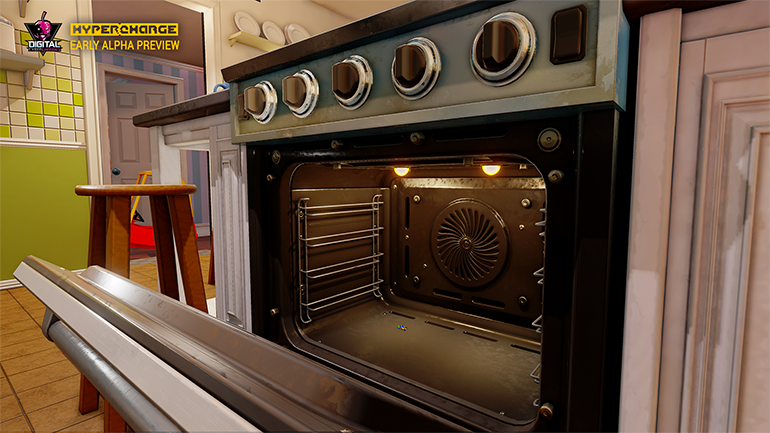 As one might imagine, the scale of the world from the perspective of the player has posed some unique challenges for the designers, who have had to come up with equally as unique solutions to address them along the way. To give a better understanding of the overall system they are utilizing, Lead 3D Artist Robert "Respawnrt" Tudor offered some insight. "If we create an oven for a game that uses real scale, we would just create a single texture sheet which handles all of the detail,” said Tudor. “However, for Hypercharge, this is less possible due to our increased scale of props. We use the excellent Unreal material editor to add even more detail via tiling various maps and vertex painting effects on the props, (like oily fingerprints, marks, grunge and dirt) to increase the realism factor of the environment."

Of course, to create a truly immersive experience, the visuals are just one part of the equation. Fulfilling this action figure fantasy will have a lot to do with how Hypercharge sounds, which is why Lead Audio Designer, Ulrich Gollick, isn’t kidding around when it comes to audio. "The weapons sound mean, aggressive and frightening,” said Gollic. “The explosions will ring in your eardrums if you are too close. The cars have roaring V8 engines, the drones provide ground shaking bass. Other sounds like superpowers don't have any references other than what you'd expect from movies with superheroes in them. Overall, we want to bring the seriousness of grown-up first-person-shooters thru heavy-solid weapon sounds. This makes it much more fun to shoot but at the same time we want to guide the player into new territories with powerful sounding super abilities which you can force on other players." 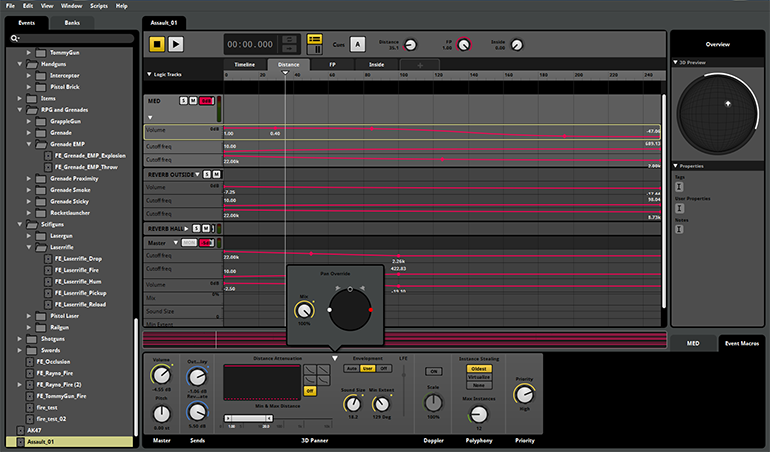 While these elements will ensure that the theme will resonate with retro-minded gamers, Hypercharge isn’t simply intended for grown-ups looking to relive the past. Digital Cybercherries’ intent is to make a game that appeals to multiple age groups by making sure it doesn't feel too childish. Instead, they are confident that, in the end, it will feel more akin to an action hero game that attracts a wide variety of players. Ultimately, Hypercharge is hoping to hook those players on its unique blend of nostalgia, realism, teamwork and action.

Powered by Unreal Engine 4, Hypercharge is headed to Steam, Mac, Linux and Xbox One, but no official release date has been announced as of yet. For now, you can follow the game’s progress via the Facebook and Twitter pages for Digital Cybercherries - after you clean up your room, of course. 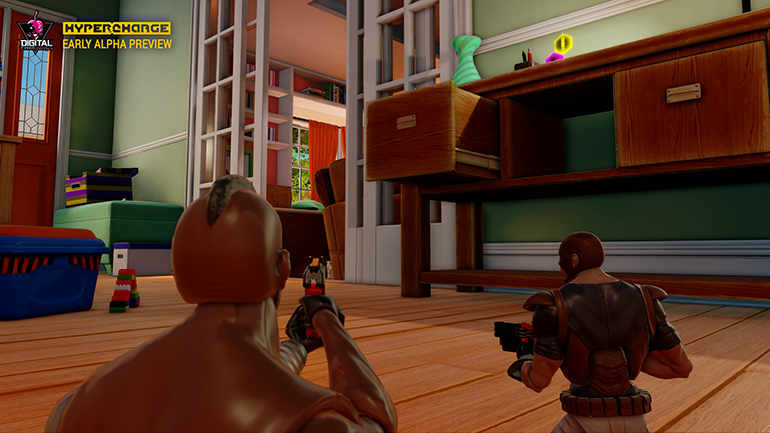