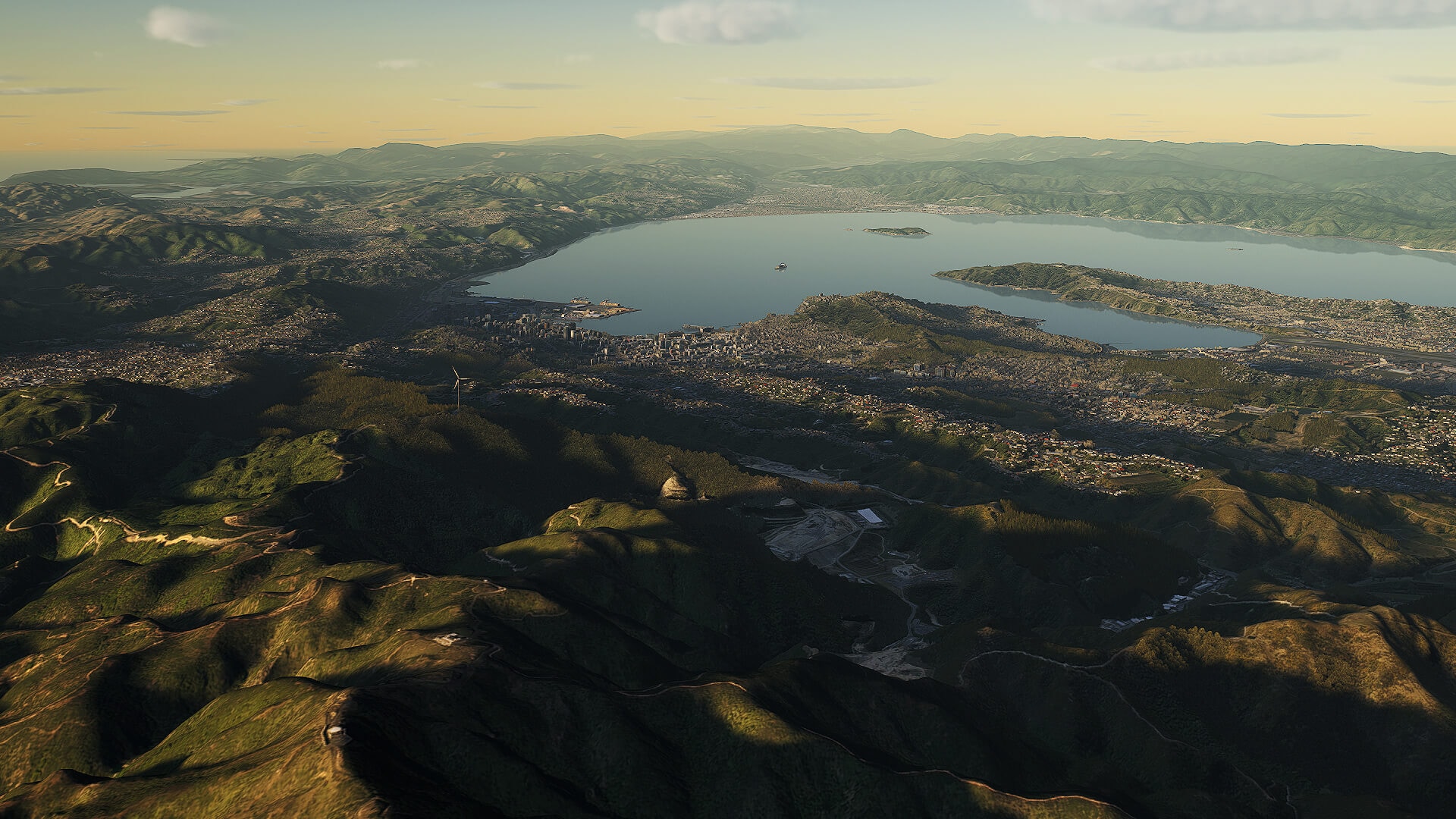 What is a digital twin?

David Weir-McCall |
January 11, 2021
Architecture
Automotive & Transportation
Blueprints
Digital Twin
Infrastructure
Manufacturing
If you work with 3D models and their data, you have likely heard “digital twins” mentioned as a potential solution for analysis and optimization. But what are digital twins, exactly?

At its barest definition, a digital twin is a 3D model of a physical entity, with the 3D model’s animation driven by the real entity’s live data. 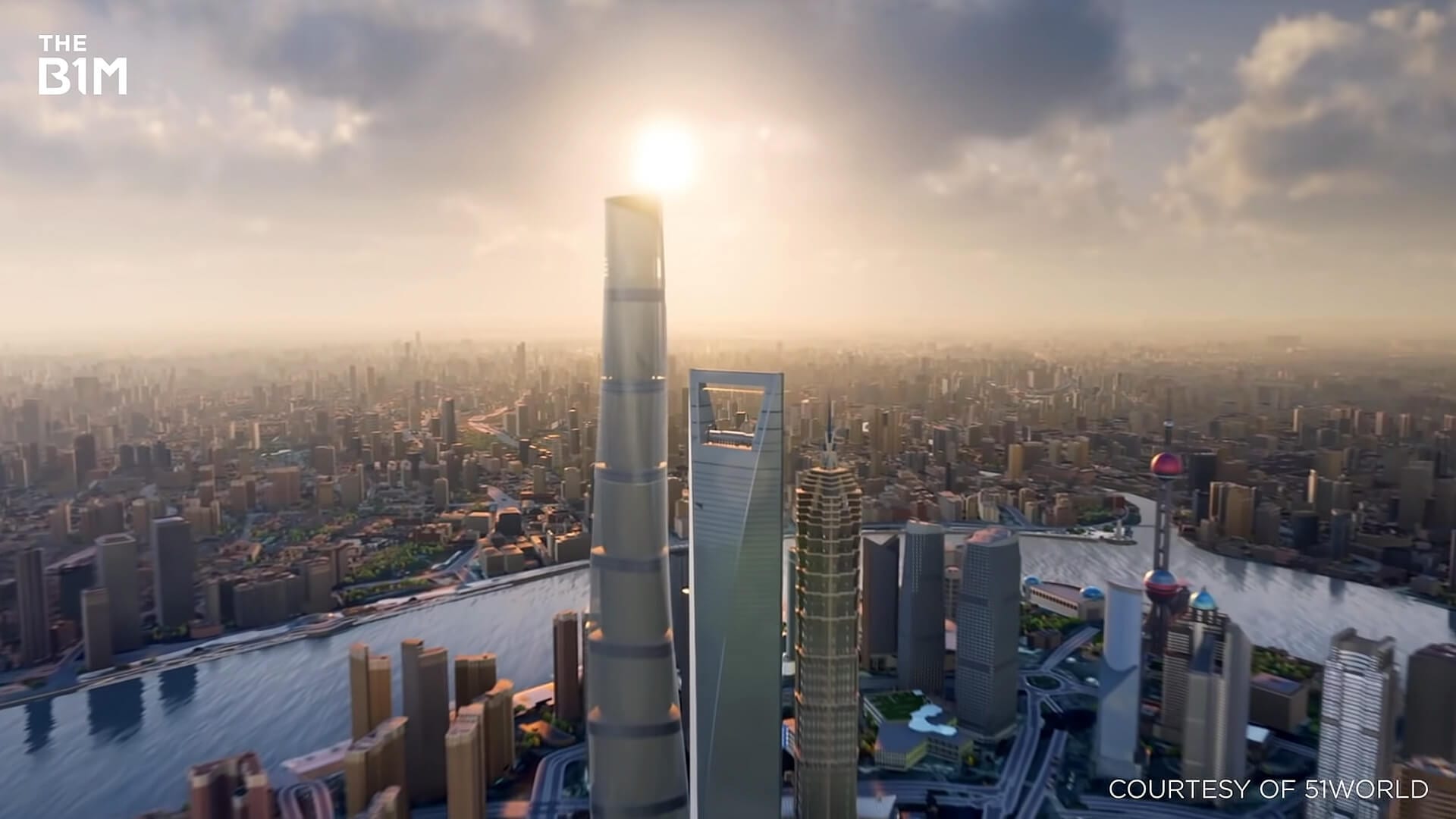 Why would you want a digital twin?

Suppose your job calls for you to optimize a factory’s assembly line to see if manufacturing time or costs can be reduced. As a first step, you build a 3D model of the factory that includes everything involved in production—machines, robots, raw materials, conveyor belts, forklifts, carts, and even people. Then, in the physical factory itself, you configure the machines and robots to send you live data on their operations, such as the length of time to complete a cycle. You place sensors in key areas to tell you when changes occur, such as the arrival of a pallet of raw materials or the filling of a container with finished products.

Next, you set up a software interface to process the live data and update the 3D model in real time. Now you have an up-to-date representation of the factory, visible on your computer screen or even in VR—a digital twin of the factory.

At any time, executives and engineers can “see” the factory floor by looking at the digital twin, and can even interact with it. Zoom in to see what a specific process is doing, or zoom out to see how it affects the process overall. The captured data can also be analyzed further through mathematical models and tools.

From this example, you can see how digital twins could serve a variety of purposes:
Digital twins provide information, both numerical and visual, that help designers, architects, engineers, and other stakeholders visualize structures in ways never before possible. Discernable patterns that can’t be seen with traditional analysis can emerge through the use of digital twins, leading to insights on how to improve efficiency. 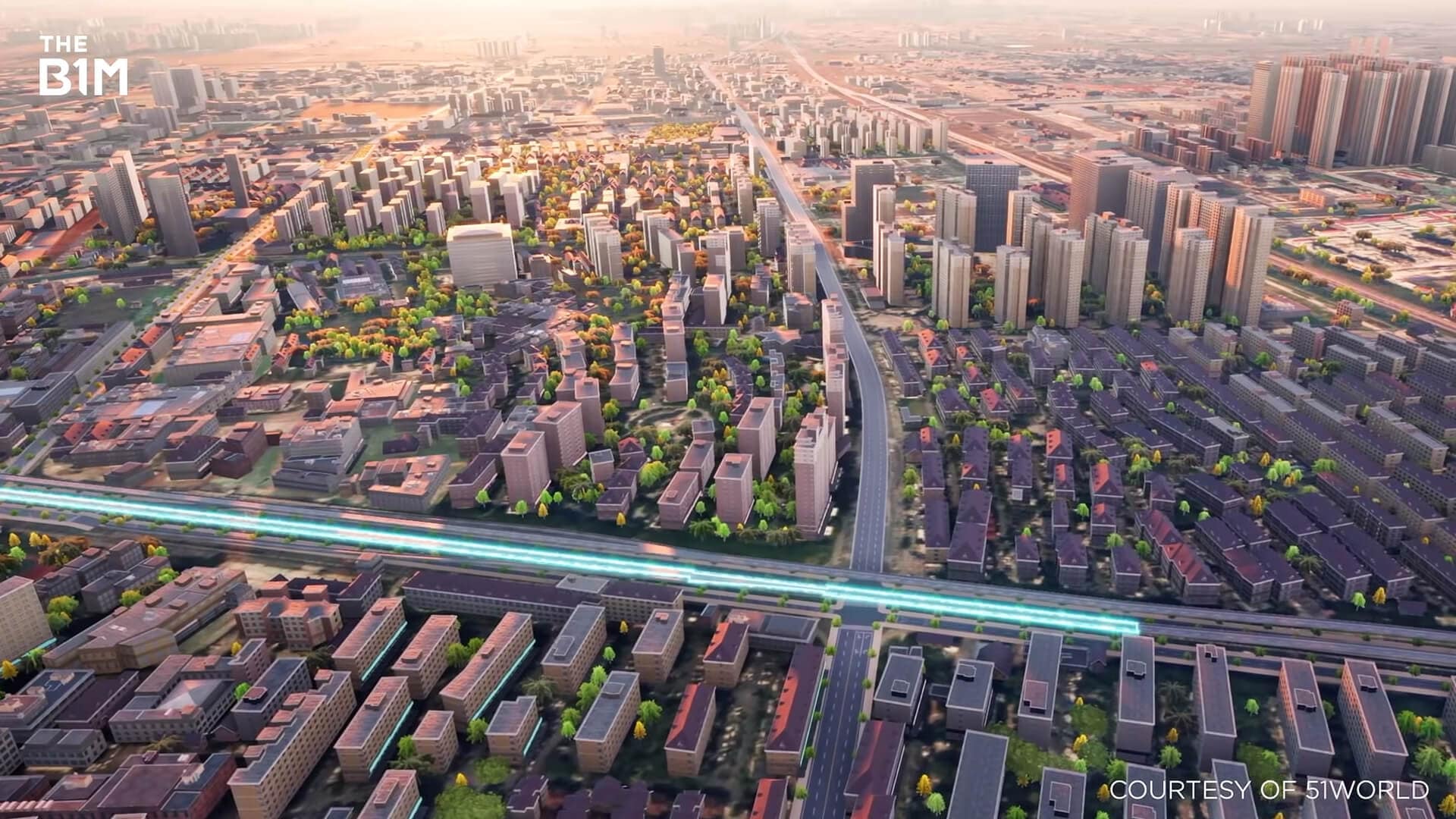 In the case of city planning, having a bird’s-eye view of traffic patterns, along with accurate-to-the-millisecond data about the changing of traffic and walk signals, can help city planners analyze traffic patterns and determine where to add new signals or change the timing of existing ones. Such a digital twin can also inform the feasibility of adding a new shopping mall or office building, or whether a new highway off-ramp could reduce congestion downtown.

For autonomous vehicles, data from sensors, combined with the car’s speed, stops, starts, and swerves, is applied to a 3D model for a view of what the car is doing at any given time. Zoom in to the dashboard to see the view from there, or pull up live, changing metrics while the car moves along. Using the digital twin, engineers can gain insights that would be difficult to glean from streams of numbers alone.

With the factory digital twin, you might notice that if certain raw materials or robots were positioned closer to a specific machine, production time could be substantially reduced.

In short, digital twins provide ways to optimize time and money through monitoring and analysis of assets, processes, and workflows.

If you’re familiar with Digital Content Creation (DCC) software like Maya or 3ds Max, you know that these packages have built-in scripting languages, meaning users have long been able to control 3D models through scripts. Many digital twins vendors have offered RESTful API connections and access to live data sources.

In other words, we’ve had the tools to create digital twins for quite some time. But until recently, the barrier to entry for digital twins was high—initial setup required a proficient coder, and then a User Experience (UX) designer to make the digital twin accessible to non-technical personnel. A digital twin took a great deal of time and effort to create and maintain.

This is where real-time technology makes the difference. With a game engine, setting up and maintaining a digital twin is much easier and faster than programming from scratch. Also, the result is easy for anyone to navigate and use, the same as any well-designed game would be. To learn more about how to set up digital twins for your own projects, see our article Getting started with digital twins.

A variety of industries are already using game engines for non-game applications in architecture, filmmaking, aerospace, and automotive, and are creating all manner of simulations, VR experiences, and real-time visualizations. With the 3D models already in place, the development of digital twins is a natural next step for these industries.


How are digital twins used?

Let’s take a look at some examples of digital twins in different industries.

One of the most prominent uses for digital twins has been virtual cities, where digital twins are used to monitor city infrastructure and plan for the future.

Digital twin of Shanghai to monitor city functions - Specialists created a complete virtual clone of China's most populous city, enabling city operators to monitor everything from traffic building operations to bridge maintenance. They can even use predictive data to simulate floods for disaster planning. 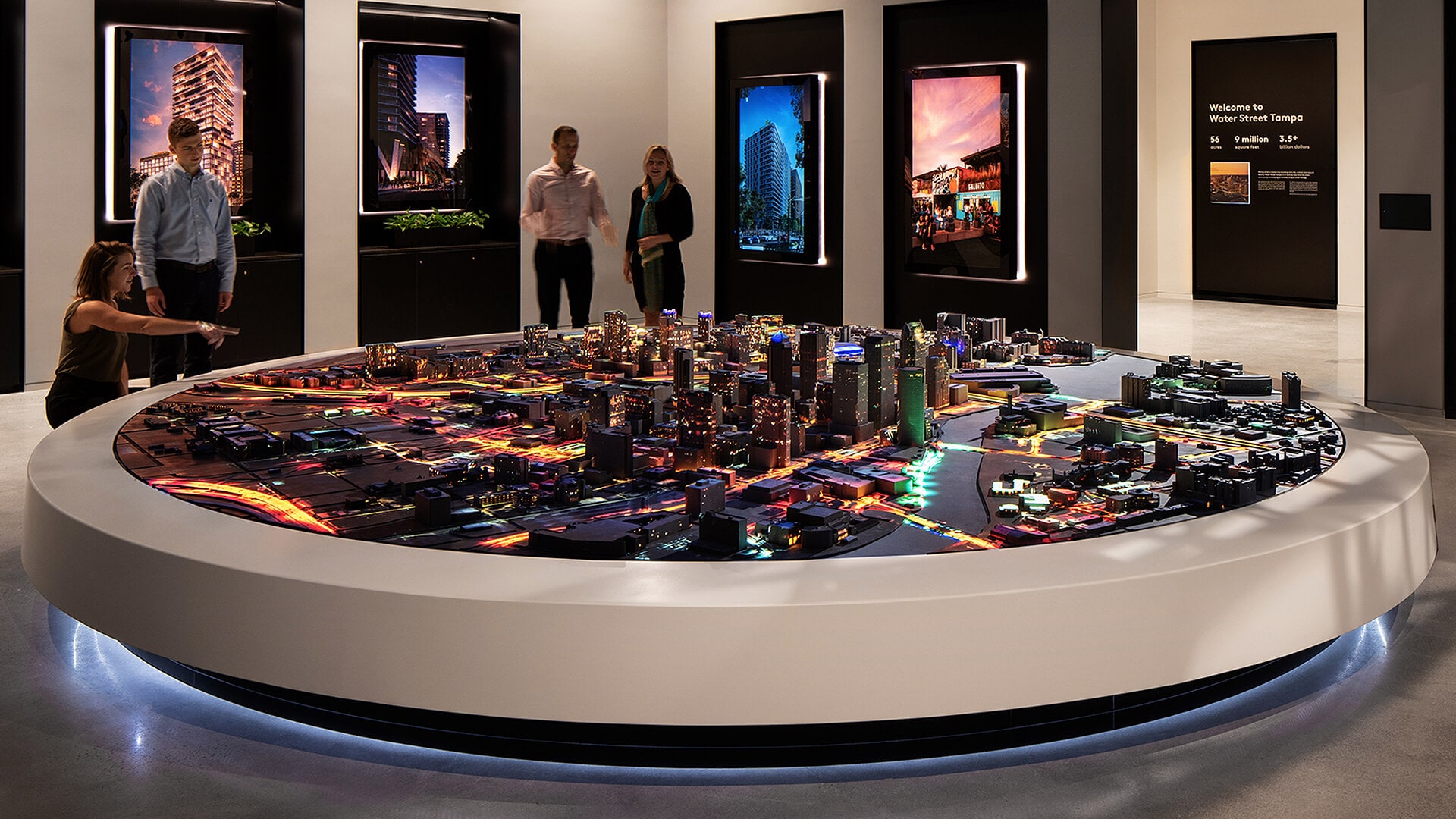 Image courtesy of SPP & Imerza
Digital twin of Adelaide for urban planning - A scale model of the Australian city has been built for future use as a digital twin, with city planners expecting to use it for everything from assessing lines of sight to spotting urban problems before they occur. 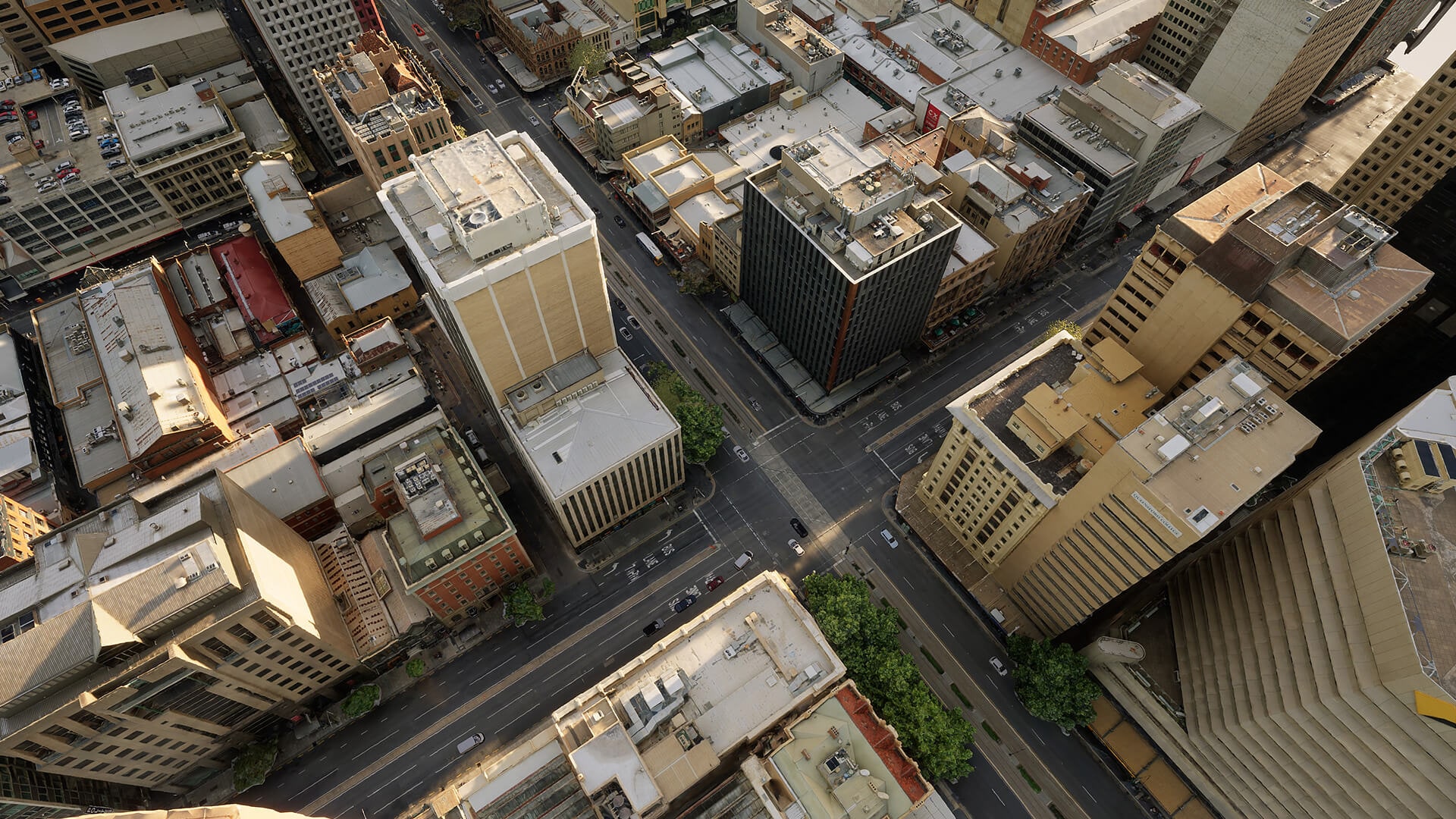 One of the first aerospace companies to embrace digital twins was Finnair, which currently uses the technology to inform airline activity at the Helsinki airport. 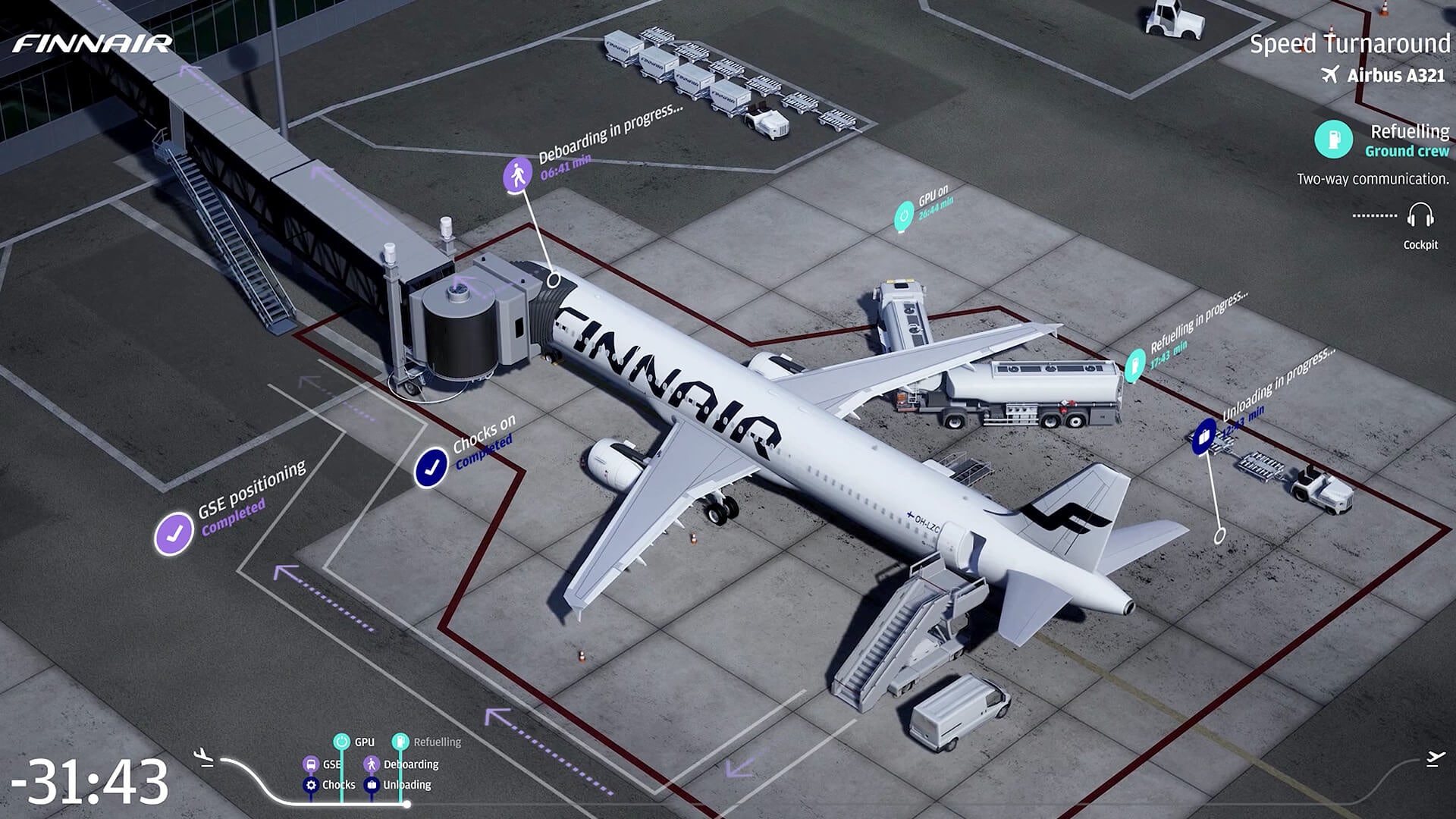 The automotive industry is using a number of real-time technologies to advance every phase of design, manufacture, testing, and sales, from human-machine interfaces to the development of autonomous vehicles. With new technology on the horizon, digital twins are poised to be part of these phases. 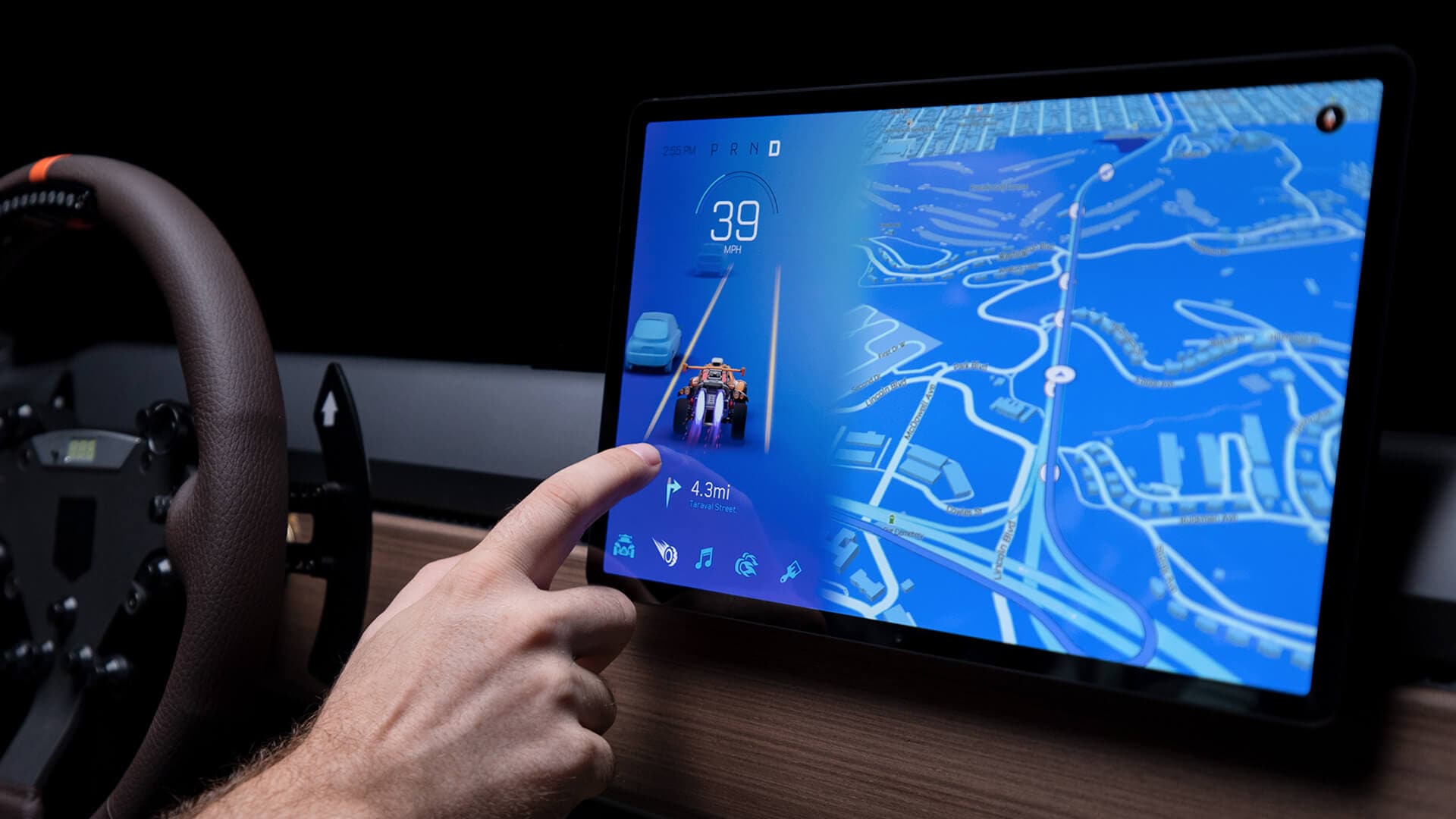 You will often hear “smart cities” mentioned in the same breath as digital twins. While both utilize live data and serve similar purposes, they aren’t the same thing.

A smart city collects data from live Internet of Things (IoT) devices in a city environment, and uses this data for analysis, testing, optimization, and predictive testing. For example, a smart city could collect data about traffic patterns to guide the timing of traffic lights. A smart city might or might not make use of a 3D model—it’s just as likely to collect numerical data with no visual representation involved.

A digital twin, on the other hand, always includes a 3D model, and is not necessarily concerned with predictive data. The 3D model, often optimized for fast performance, can be created with a DCC, from LiDAR scans, from photogrammetry, or even through procedural means.

It is possible for a digital representation to be both a smart city and a digital twin. The chart below highlights the similarities and differences between the two.

Unreal Engine is the tool of choice for many digital twin applications. Its Blueprint visual scripting system gives non-technical users a way to program a process for a 3D model without having to do any coding. In addition, Unreal Engine has built-in tools that can accept live data for processing.

“Suddenly it became very easy for a small team like ours to make interactions and functions that we could use to make our presentations even better,” says Jonas Gry Fjellström, Visualization Expert at Tyréns, a Swedish consultancy that creates digital twins for a variety of clients. “A real-time model can solve a lot of questions right away that would otherwise have to be reviewed at another time.”

While it’s still not yet at the plug-and-play stage, digital twin technology has advanced to the point where, with the help of a free game engine like Unreal Engine, it’s within the reach of any business with the ability to create 3D models of their assets.


The future of digital twins

Digital twins are poised to emerge as a key IT tool for many different industries. According to Engineering.com, digital twins are, along with artificial intelligence (AI) and machine learning (ML), among the top 10 strategic technology trends.

As adoption continues to grow, we expect to see more uses of digital twins in every sector from city planning to product development and factory simulation.

“It isn’t often something comes along that can revolutionize an industry. Something that revolutionizes several industries at once happens maybe once a century,” says Vee. “Unreal Engine is doing just that.”

Interested in finding out how you can use Unreal Engine to create your own digital twins? Get in touch to start that conversation.
Get in touch