Over the past 24 hours the internet has been engulfed with talk about Google's new mobile VR platform, Daydream, which brings Android VR Mode - high-performance mobile VR features built on top of Android N - to a slew of new phones coming this fall.

That's music to our ears, as people who thrive on pushing the limits of emerging (and established) platforms.

One way we help VR developers is through releasing internal projects like Couch Knights, Showdown and the VR Editor for free.

We also continue to optimize and show our Bullet Train demo, which is known for its polished execution of motion control gameplay.

Natural input that is made for VR is hugely important in making you believe you really have been transported to another place, and nothing beats the immersive qualities of incorporating motion controls into a VR experience.

This brings us back around to Google's new platform.

In addition to its technical wins, Daydream introduces a new headset that comes with an intuitive wireless motion controller, which ships with every unit.

The Daydream controller is a major advancement in terms of how you can craft high-quality gameplay mechanics and exploration for VR on a mobile device. 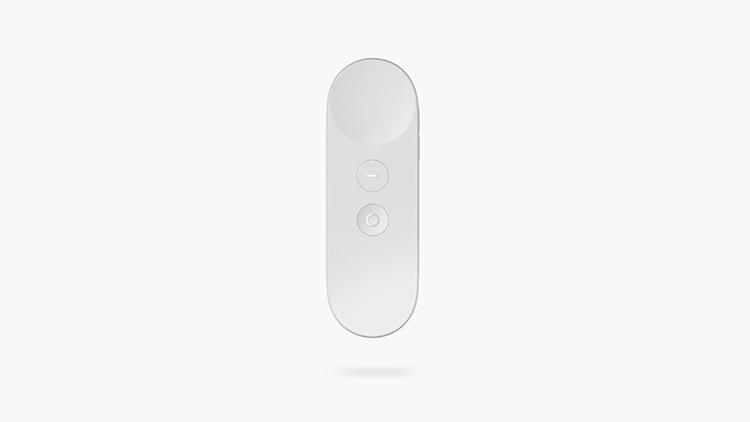 It's great news for folks like Epic Games Principal Artist Shane Caudle, who wants to make games knowing that the input experiences he designs will be consistent, responsive and enjoyable.

Take a look below to see a small-scope dungeon RPG that Shane built for Daydream in a couple of weeks using Unreal Engine 4 Blueprint visual scripting and simple fantasy-themed assets.

Moments ago, Epic Games CTO Kim Libreri announced on the Google I/O stage that we have brought support for Daydream to Unreal Engine 4.

Big thanks to our partners and friends at Hardsuit Labs who helped make the plugin a reality! We couldn't have done it without them.

Our Daydream integration is available now on GitHub (login required), and it's coming to the binary tools in the full Unreal Engine 4.12 launch, which is on track for release on June 1, 2016.

Here's what Kim had to say:

"At Epic our mission is to give developers the very best tools for building immersive and visually impressive experiences with great performance on every platform we support. We have been creating VR experiences for many years now that not only push visual fidelity but what’s possible in terms of input, interaction, characters and gameplay mechanics

"Every project we work on extends the capabilities of Unreal Engine, and we pass these improvements to developers on a daily basis. Today we’re proud to be part of this new chapter in VR history."

As Kim noted, Daydream empowers you to create rich, deeply interactive content for mobile VR, and we have only begun to scratch the surface of what is possible.

Epic Games Technical Director of VR and AR Nick Whiting is also on the ground in Mountain View.

As Nick noted in an interview, the sample game that Shane built for Daydream's reveal helps to establish a graphical bar in terms of what can be achieved at the moment, how far we can push the hardware, and how to leverage the controller's versatile touchpad and buttons. 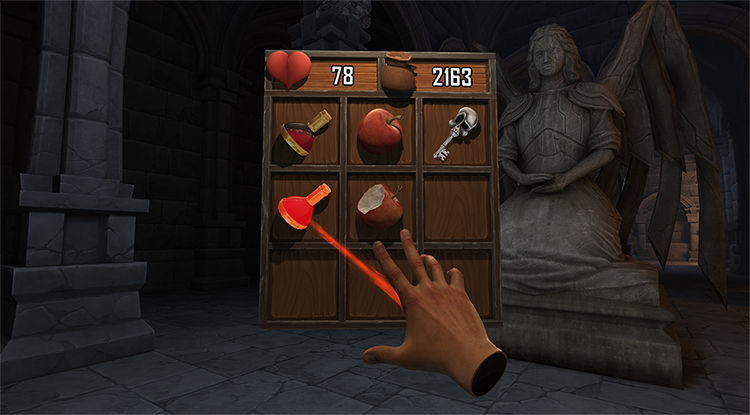 Inventory UI and interaction in our Daydream dungeon VR project

Ready to start building for Daydream? Check out our documentation, and visit the Google VR hub to learn how to set up a Daydream development kit.

Want to learn more right away? Join us today at 11AM PDT / 2PM EDT / 7PM BST on Twitch.tv/UnrealEngine.

Nick will be making a guest appearance from Google I/O. If you miss it, don't worry - we always post livestream archives to YouTube.com/UnrealEngine.

We can’t wait to see the awesome content that you are going to make with Daydream and Unreal Engine 4!