May 10, 2022
The release of Unreal Engine 5 has had a massive impact on the game development industry. Many of its groundbreaking new features are ideally suited to creating next-generation games and massive Open Worlds with astonishing detail. But while not all of these new workflows have been production tested yet in other industries, many of them bring plenty of exciting new potential to the table for non-games applications too—including architecture.

With headline features like Lumen and Nanite complemented by enhanced overall performance; a refreshed, modern UI; a significantly expanded modeling toolset; an updated set of project templates; and continuing improvements to existing toolsets and workflows like path tracing, UE5 represents a substantial upgrade for the archviz world. Moreover, familiar workflows from Unreal Engine 4.27 are fully supported. Moving from UE4 to UE5 generally involves no more than migrating your project file and adjusting some settings to get the most out of UE5.

Since UE5 Early Access last year, the community has been actively testing the release and providing feedback; the input we’ve received has not only already improved UE5 for archviz workflows, but is helping to shape our ongoing development plans.

Here, we’ll look at some of the highlights of UE 5.0 in the context of architectural visualization, as well as touching on what’s just around the corner for this industry. You can see everything that’s new in the Release Notes.

Lumen is Unreal Engine 5’s dynamic global illumination and reflections system. With Lumen, there’s no need to go through the time-consuming, difficult, and tedious process of authoring lightmap UVs or waste time waiting for lightmaps to bake—you simply place your lights in the editor, and what you see is what you will get. Better yet, with Lumen, indirect lighting reacts on the fly to changes to direct lighting or geometry, such as changing the sun’s angle with the time of day, opening a door, or raising a blind. Realism in real time has never been easier to achieve!
Lumen offers very high-quality lighting—great for real-time applications and for previewing and iterating on still images and animations. In fact, at its highest quality setting, Lumen enables you to render animations that are almost indistinguishable to most eyes from the Path Tracer, but in a fraction of the time.

For architecture, Lumen is currently highly effective for interior scenes and close-up exteriors, whereas scenes with foliage still require some work. It’s something we’re looking to address in an upcoming release.

First fully exposed in UE 4.27, the Path Tracer is a DXR-accelerated, physically accurate progressive rendering mode that requires no additional setup, offering offline-quality rendering right from within Unreal Engine. In UE5, it has received a number of significant updates, not least of which is that, on average, performance is now twice as fast. 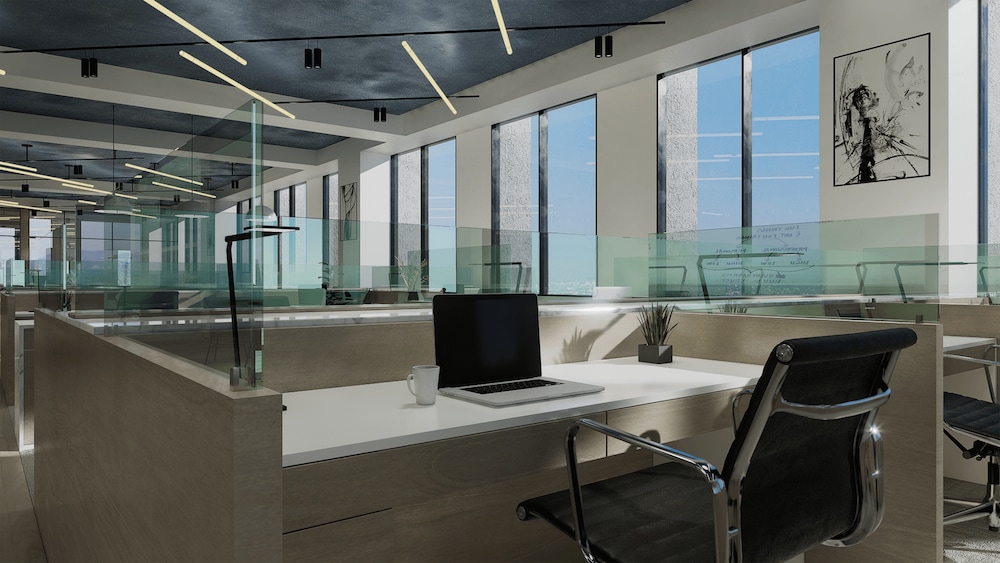 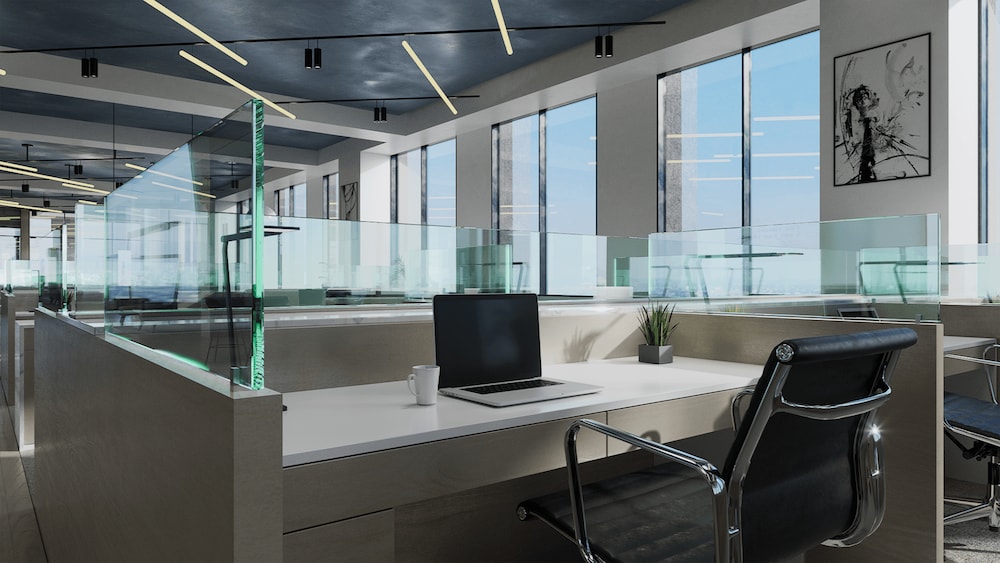 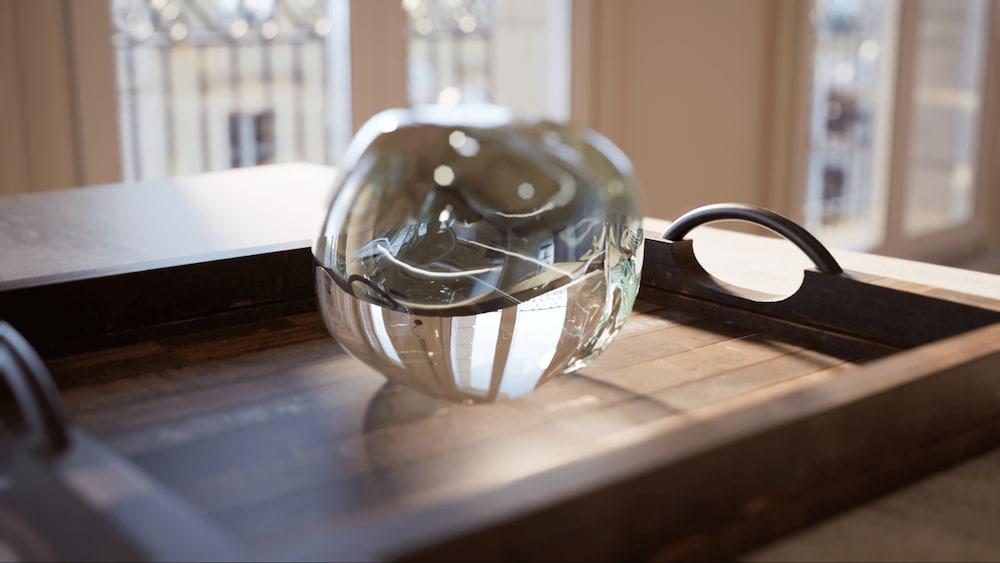 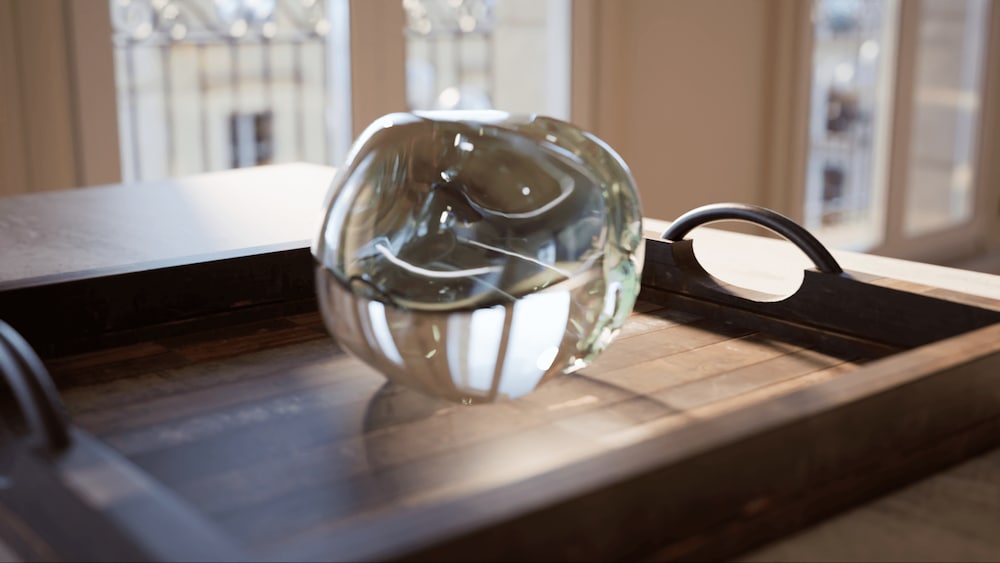 Path-traced depth of field (left) vs. post-processed depth of field (right). Virtual tour in Unreal Engine by ARCHVYZ. Design by Toledano Architects.
New support implemented for MetaHumans includes path-traced eye shaders and hair; while most archviz projects won’t need photorealistic humans, support for hair means your rugs and throws can be more realistically luxuriant than ever!

What’s next for path tracing? We’re busily working on volumetrics, starting with Exponential Height Fog and Sky Atmosphere, and adding support for decals.

With the current and planned enhancements to the Path Tracer, you no longer need to choose between 90 fps real-time performance and offline-rendered final-pixel fidelity, or duplicate work in two applications—you can simply switch between modes right in Unreal Engine. It’s the ultimate in flexibility.

Unreal Engine 5 offers a significantly extended toolset for editing models and creating and editing UVs, enabling you to make adjustments to your model when you don’t have access to the source modeling application.

In addition, there’s a new visual scripting workflow for geometry, with more than 125 new Blueprint nodes that enable you to create complex scripts—such as a staircase that automatically adjusts the number of stairs to fit a given distance—without writing a single line of C++ code. You can see the staircase example in the free Lyra Starter Game sample project that shipped with UE5.

We’ll continue to extend and refine these toolsets, which are widely applicable across all industries, over the next releases.

Unreal Engine 5 adds support for Datasmith Direct Link in the Unreal Editor; previously, this feature was only available at runtime in packaged applications based on Unreal Engine like Twinmotion. With Datasmith Direct Link, changes made to a scene in an external design application are updated in the Unreal Editor on the fly. This feature streamlines your workflow and eliminates the need for time-consuming export and re-import operations, giving you the freedom to easily accommodate changes and iterate to the best version of your design.

Currently, we provide Datasmith plugins with Direct Link functionality for Archicad, Revit, Rhino, and SketchUp Pro, while the feature is built into BricsCAD and Vectorworks. You can even link to multiple files from different applications at once; for example, you might have a landscape from Rhino and a building from Revit. We plan to add Direct Link functionality to the Datasmith plugin for 3ds Max in an upcoming release.

You can download the latest plugins on the Datasmith plugins page.

Nanite is a virtualized micropolygon geometry system that enables you to import and work with multi-million-polygon files while maintaining a real-time frame rate. It’s ideal for bringing in huge photogrammetry or point cloud assets (which can be converted to Nanite meshes), useful in site evaluation or to place your design in the context of existing landscape, architecture, and/or infrastructure. You can even bring in city-scale scans. 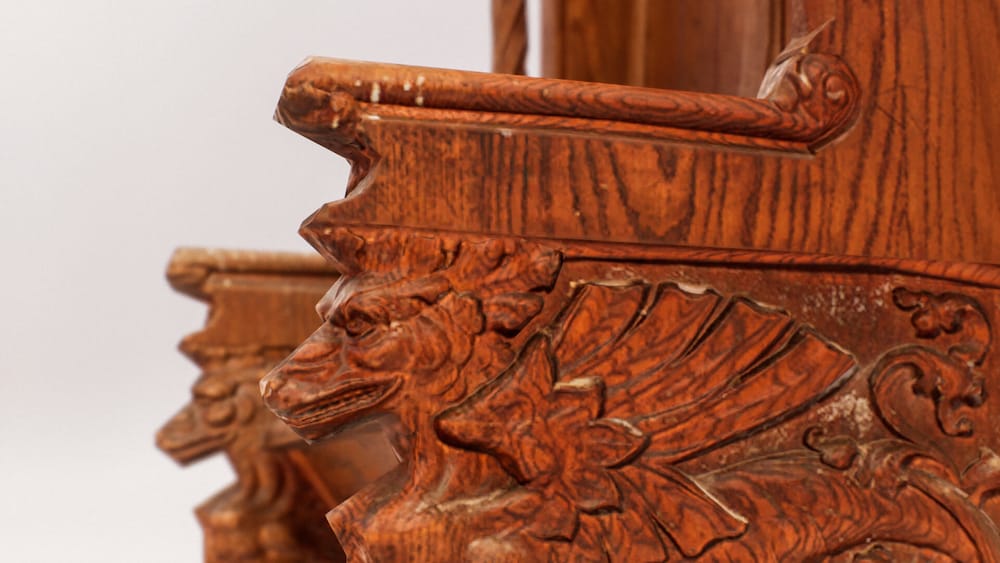 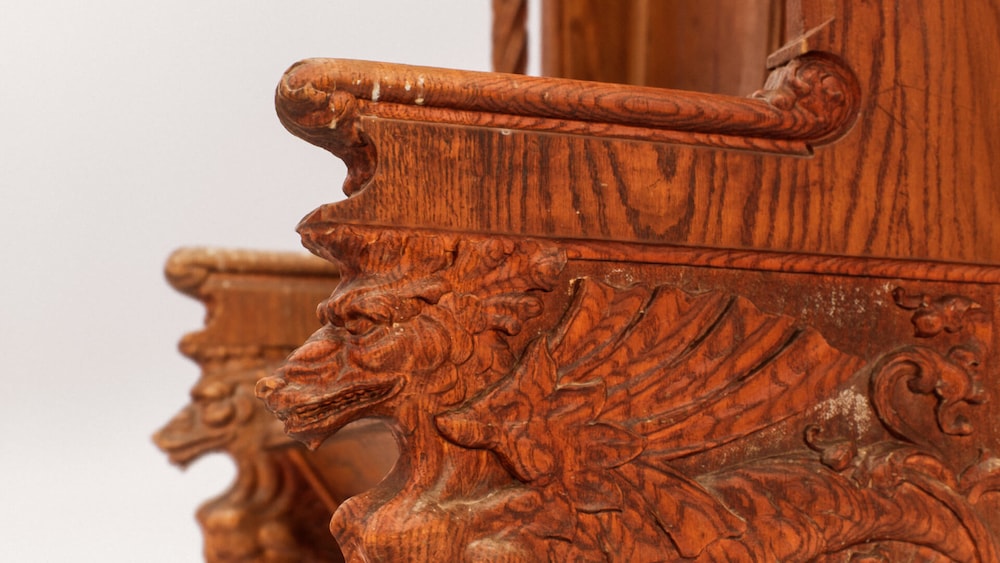 Nanite (left) vs. non-Nanite (right)
Scanned assets in general are a great match for Nanite. With UE5, Quixel Bridge is built in to the redesigned Unreal Editor, giving you direct drag-and-drop access to the entire Quixel Megascans library of thousands of extremely high-quality scans. But if you can’t find what you’re looking for in Bridge, it’s now easy to scan it yourself. RealityScan is a new free 3D scanning app developed by CapturingReality—a recent addition to the Epic Games family—and Quixel. RealityScan is currently in limited beta, with Early Access to follow later this year.

Nanite is a revolutionary technology that is still receiving ongoing development. With UE 5.0, it is not yet optimized for all architectural workflows in that it is not currently compatible with transparent materials or ray-traced shadows. However, we’re continually working on improving its integration with all Unreal Engine systems.


The future is bright!

As we continue to develop game-changing systems like Nanite and Lumen that increase our ability to support real-world complexity at photorealistic levels, the potential applications for real-time technology in architecture are multiplying.

Features that at first glance may appear to be designed purely for game development in fact empower new possibilities in city-scale urban redesign and digital twins. Case in point: we’ve already laid the groundwork for enabling the creation of massive-scale worlds by implementing initial support for double-precision values with Large World Coordinates (LWC), while World Partition, also introduced in UE5, automatically divides the world into a grid and streams only the necessary cells. To explore a city-scale project that uses these features in UE5 for yourself, download the free City Sample project.
The recent pandemic has taught us the value of moving to a digital basis for goods and services—regardless of scale—so that disruptions can be more seamlessly managed. This process of building in more flexibility means that firms of all shapes and sizes will have to use new methodologies to engage with customers. Whether it is an interactive sales configurator for new home builds, or a digital twin of a stadium or airport, Unreal Engine offers the fidelity and performance that today’s consumers and stakeholders demand.

The need to represent the physical world in a virtual fashion will then drive the next wave where these digital offerings become part of the metaverse; at that point, it will be possible to construct whole new experiences. The path begins with Unreal Engine.

If you’re an existing Unreal Engine user, you can download Unreal Engine 5 from the Epic Games launcher. If you're looking to dive in for the first time, click the link below to get started. Either way, we hope you enjoy all the new features and upgrades, and as always, we encourage your feedback!
Get started now
News

Creators across all industries have something to celebrate with this release: In‑camera VFX goes next-level with a slew of efficiency, quality, and ease-of-use improvements, while other highlights include path tracing for stunning final images, out-of-the-box access to Oodle and Bink, production-ready Pixel Streaming, and much more.