We’d like to thank all of the amazing developers who contributed code in this release. We are humbled and amazed by what you are doing!

Vehicles are now fully supported in Unreal Engine! This sample game features an off-road vehicle and a looping track within a desert setting. Race across sand dunes, rocky cliffs and ancient ruins, and try to beat your best time! 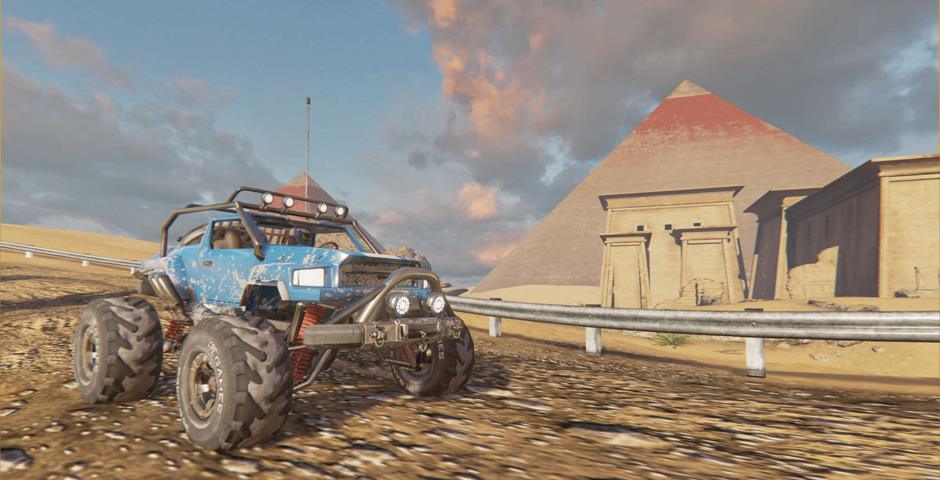 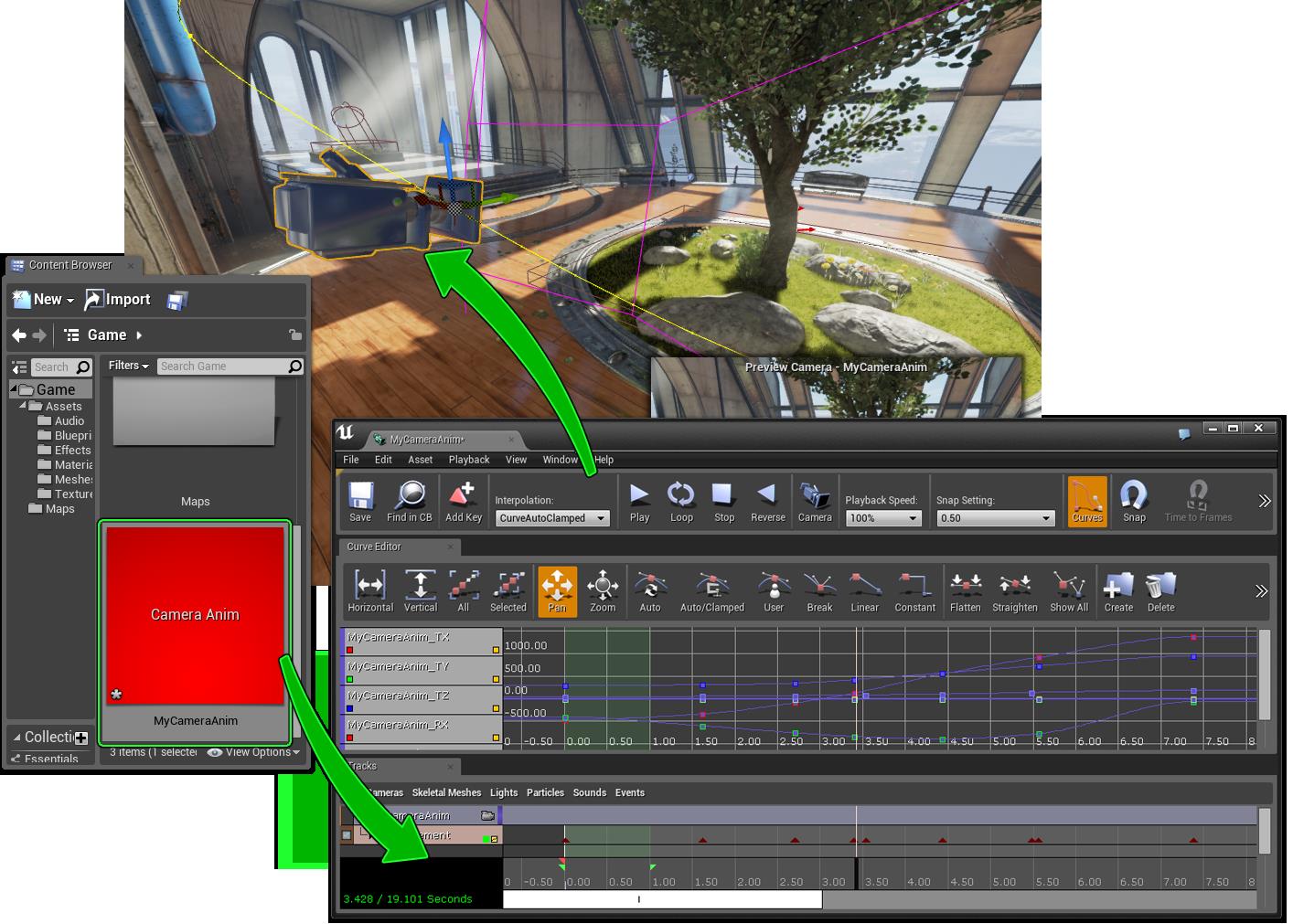 User Defined Structures are a brand new asset that is now available for use from within the editor!

A User Defined Structure can be created in the Content Browser. 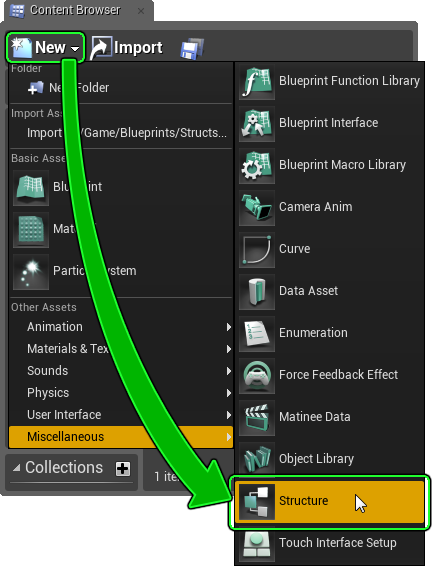 They can be edited in the standalone editor by double clicking them in the Content Browser. Once you are done editing them, you can create a variable of a type of your new User Defined Structure in your Blueprints. 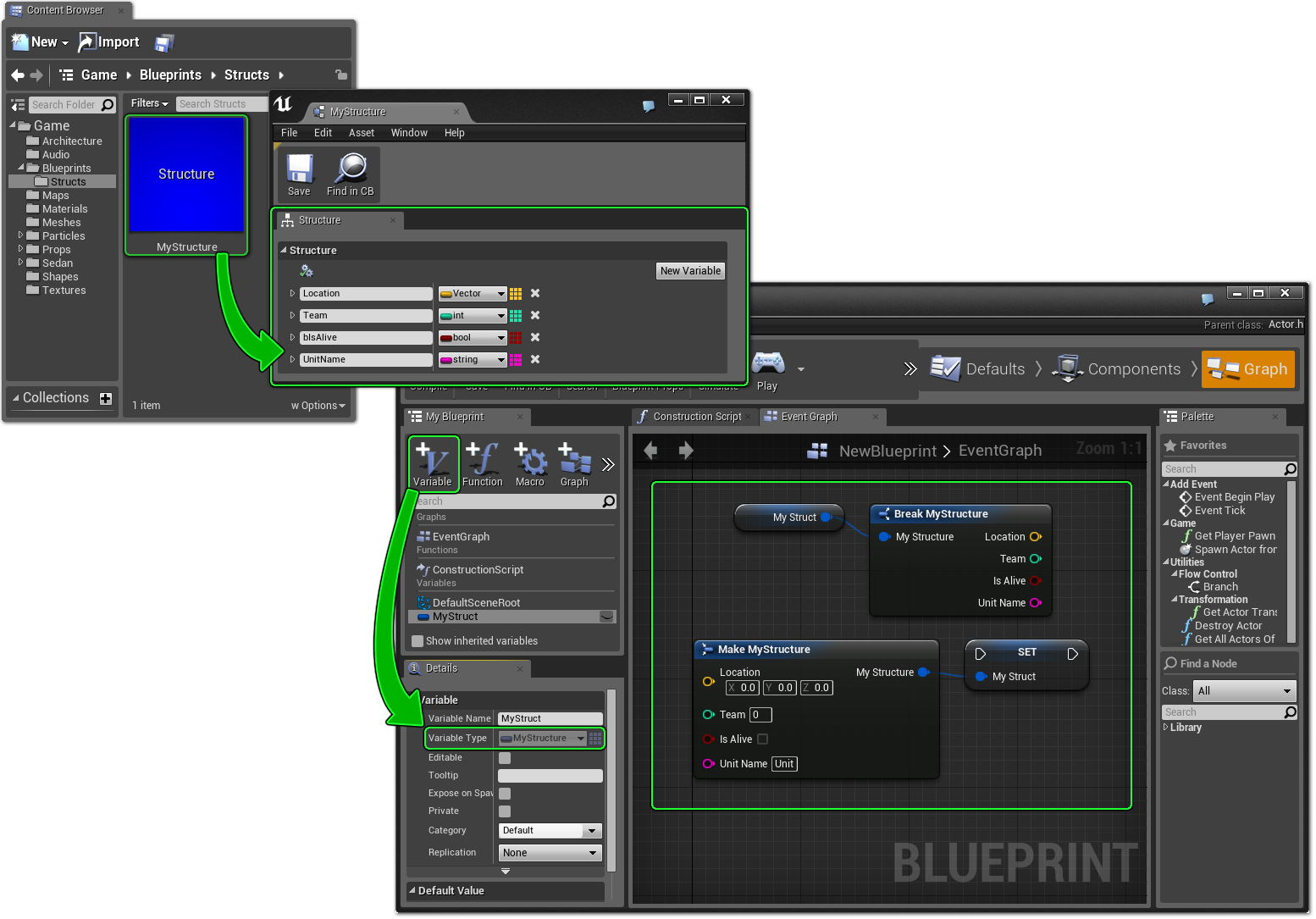 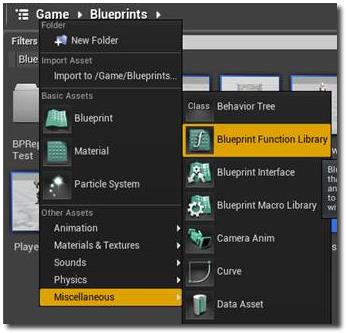 Unlike the Blueprint Macro Library, Blueprint Function Libraries don’t require a Parent Class, and are able to be called by all Blueprints in the current project.

FABRIK stands for Forward And Backward Reaching Inverse Kinematic.  It’s an IK solver that works on a chain of bones of any arbitrary length!

Thanks to GitHub community member Stephen Whittle for this feature!

We have a new project template that gives a simple automobile to start your new vehicle-based project with. Both Blueprint and C++ versions of this template are available now!

Persona now has the ability to override the assets used in Play and Evaluate nodes in parent animation Blueprints from a child Blueprint.

The editor for this can be found in the Window menu in Persona: 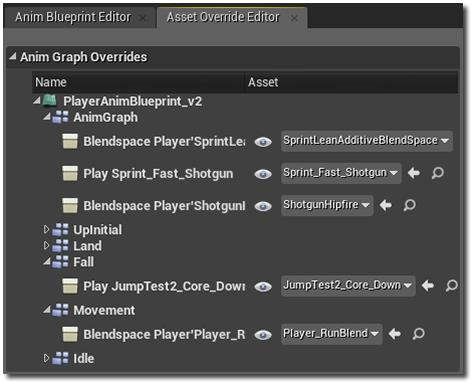 The editor collects all of the nodes that can have their animation asset overridden. New assets can be picked from the pickers on the right of the panel. This works with longer inheritance chains too and shows the most appropriate defaults for that Blueprint based upon the Blueprints further up in the hierarchy. Finally, the “eye” button will link you to the AnimGraph node you are overriding: 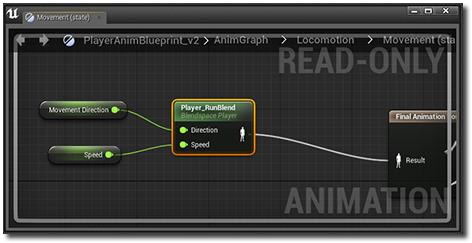 Multi-select support for Anim Notifies has been added into Persona! Shift + click adds to selection, and Ctrl + click toggles a notify selection.

You can drag the selection around and it will remain within the notify panel while obeying snaps:

Copy/Paste works with groups too with a number of options: 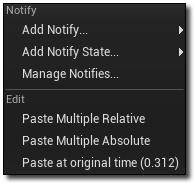 You can paste them at the absolute, relative, or original time, in relation from where they were copied.

Cut/Copy/Paste commands have now been added to Components mode! 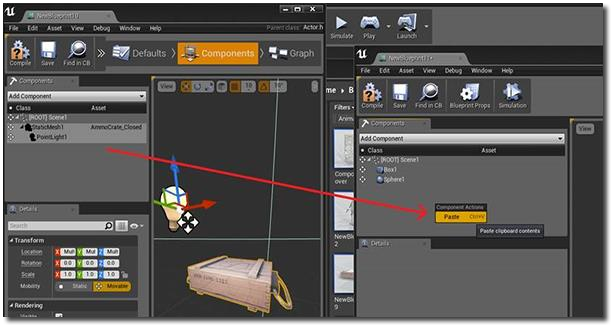 There is a new experimental plugin available for the Math Expression Node for Blueprints. This node enables you to simply type in an expression and it will make the input pins, output pins, and a collapsed graph that contains your math expression.

You can now add UV parallax to materials using the SplineThicken Material Function.  This makes it look like your object is round!

Currently the function only handles 1 texture coordinate, so if you want multiple textures to have the correction, they all need to use the same scale.

There are a number of new Animation Debug commands at your disposal. First there is in game rendering of a skeletal mesh’s bones: 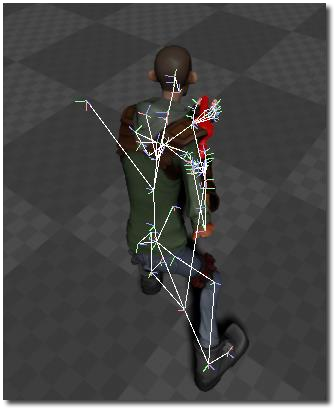 This is enabled using the ShowDebug Bones console command. As seen above the bones are represented by individual white lines.

Many useful engine stats can be visualized over the viewport.  You can now access these using the new “Stat” section under the viewport “Show” menu. 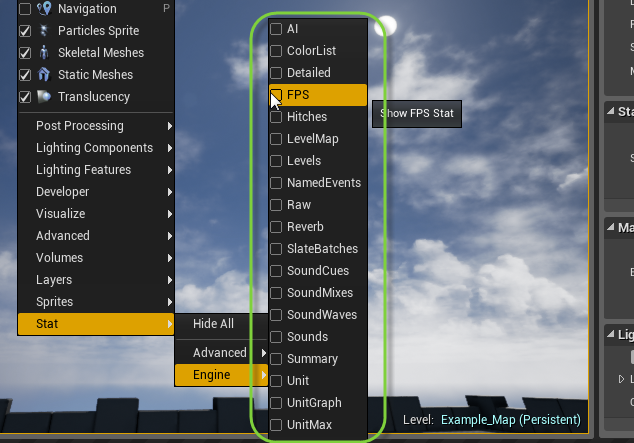 You can now import .obj files for static meshes!

The file format is very simple so keep in mind that it does not support the following features:

The FBX importer as now been upgraded to the 2014 version from Autodesk.

Developers working out of GitHub now have the ability to deploy your project to Windows XP.

In the 4.2 Preview Notes it was listed that the EndPlay event would replace the Destroyed event in Blueprints, this is no longer the case for 4.2.

New Pivot Painter Content Example Map – Still images don’t do this example justice. The Pivot Painter feature of Unreal Engine 4 can be used to add life quickly and efficiently to anything that needs some sort of ambient movement. 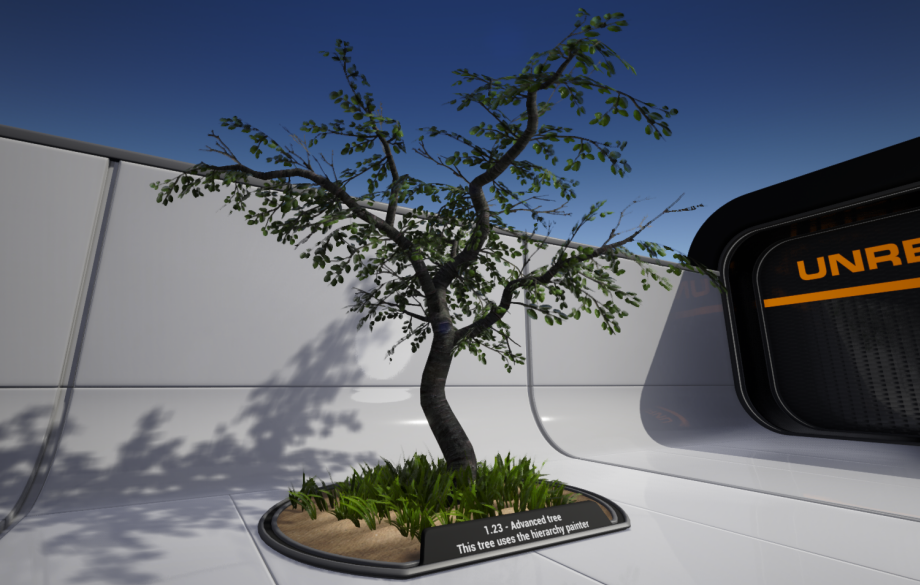 New Audio Content Example Map – Like the Pivot Painter map, the Audio Map is one you just need to load up and browse through. It shows off the basics of Sound Actors and various sound effects.