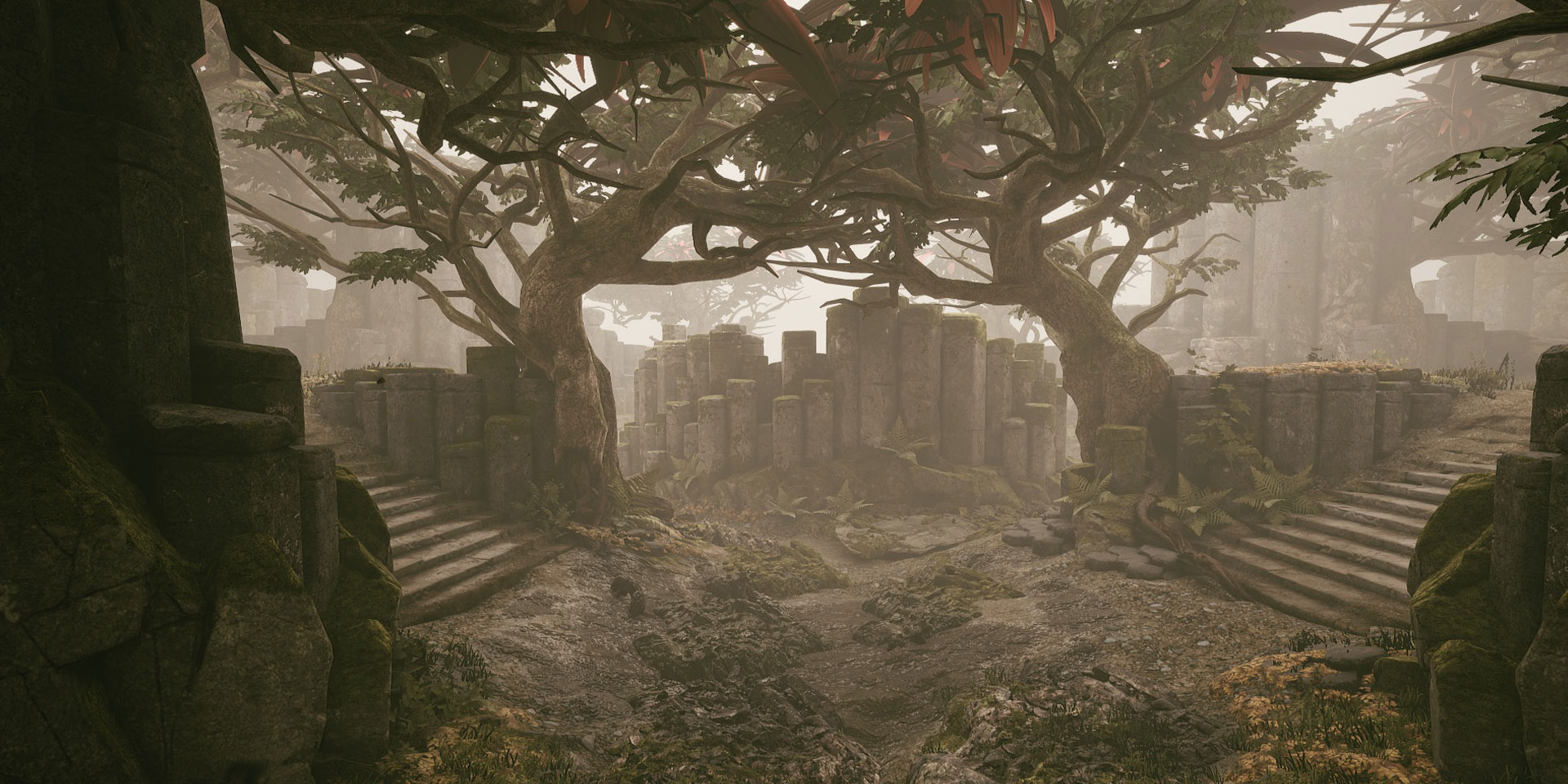 From desktop to mobile in virtual reality or augmented reality, Unreal Engine 4.18 gives you the tools to deliver the types of content users demand. With expanded and improved platform support, you can deliver content wherever users consume it. In our relentless pursuit of a more efficient and streamlined development process, we continue to make updates and improvements to all of our tools so that you can deliver content faster than ever before.

With new lighting features like Volumetric Lightmaps and multi-bounce indirect lighting from Skylights, your worlds can achieve a greater sense of realism and believability. You can even bring the real world into yours with the new Media Framework features that enable real-time compositing. Or, build your world on top of the real world for the ultimate in immersion using Apple's ARKit and Google's ARCore.

Your potential audience is constantly evolving and getting content from new and different platforms. Unreal Engine 4.18 puts your content on every major platform with greater fidelity and higher performance than ever before. We made the desktop forward renderer available on recent iOS devices to enable high quality mobile and AR content that runs blazing fast. WebAssembly is now the default for HTML 5 projects so you can create complex games for the web that load quickly and run smoothly.

Unreal Engine 4.18 enables you to focus your time on the things that matter most. With the new global Find in Blueprints search functionality, you'll never waste time looking for something in multiple Blueprints ever again. We have also added improved Clothing tools, a new Physics Asset Editor, and advanced Material Editor preview support along with a host of other quality of life improvements that significantly speed up the development process.

In addition to hundreds of updates from Epic, this release includes 98 improvements submitted by the incredible community of Unreal Engine developers on GitHub! Thanks to each of these contributors to Unreal Engine 4.18:

Volumetric Lightmaps store precomputed lighting at all points in space by covering the entire Lightmass Importance Volume with 4x4x4 bricks of lighting samples. Bricks are placed with higher density near static geometry, where indirect lighting is changing the most. This data structure allows efficient interpolation of indirect lighting to any point in space on the GPU. The Volumetric Lightmap is interpolated to each pixel instead of once for the whole component and has more reliable detail than our previous Indirect Lighting Cache method, resulting in fewer cases of light leaking.

Volumetric Fog now interpolates precomputed lighting to its position in space using Volumetric Lightmaps enabling Stationary lights - which have their indirect lighting stored in lightmaps - to affect fog. Static and Emissive lights affect fog without costing anything, since they're all merged into the Volumetric Lightmap.

Skylights used to be represented to Lightmass with a third order Spherical Harmonic, which didn't capture the detail present in a sunrise or sunset. We are now using a filtered cubemap with much higher resolution by default. Lightmass chooses the appropriate mip of the cubemap based on the size of the Final Gather rays to avoid aliasing. You can see the most difference in heavily occluded scenes, with a skylight cubemap that has a lot of brightness and color variation.

The smaller the opening, the more directional sky lighting will become. It is even possible to recreate a pinhole camera effect with a small enough opening.

We now have support for multiple indirect lighting bounces from static and stationary Skylights through a new 'Num Sky Lighting Bounces' setting in World Settings -> Lightmass. Thanks to forum user Luoshuang for the first implementation of this feature.

As a bonus we also get multiple bounces from Emissive meshes:

Lightmass uses a Radiosity Solver to compute multiple bounces for Skylights and Emissive meshes. Each bounce increases non-distributable build times, so use with care.

Unreal Engine 4.18 includes production-ready support for Apple's ARKit in iOS11 based on our collaborations with partners for Apple's keynote announcing the iPhone 8 and iPhone X.

Note: There have been significant changes since the experimental support for ARKit in Unreal Engine 4.17. ARKit projects created using 4.17 will require updating to work in 4.18.

Getting started in now super easy. All you need to do is:

We're happy to announce that as of 4.18, UE4 officially supports VR on Mac through SteamVR! All the same interfaces that you're used to on the PC are available on the Mac, so it's easy to transfer your project to Mac to give it a spin. The update comes alongside support for Metal 2 and many other runtime optimizations. Update to the latest release of SteamVR and give it a try!

We have added a completely revamped toolset for creating and configuring clothing in the Skeletal Mesh Editor!

There is now a Clothing pane for editing an expanded set of clothing-specific properties that provide more control over clothing constraints, self collision vertex culling, inertia scaling. Enhanced paint tools enable painting per-vertex clothing parameters directly on the mesh. The new paint tools include: Brush, Gradient, Smooth, Fill. Painted parameters can be switched out instead of overwriting to aid iteration.

The clothing tools have been Integrated with Physics Assets for collision authoring. A new LOD pipeline for creating and replacing simulation meshes in a Clothing Data object that includes a parameter mapping system for mapping your painted parameters onto new LODs or replacement geometry which estimates lower detail LOD parameters from higher detail LOD parameters! It is also much easier to create clothing data in the Skeletal Mesh Editor by right clicking the mesh section to convert.

This is in addition to all of the smaller bugfixes and improvements highlighted while the tool was experimental / beta.

The Media Framework API has been streamlined to improve compile times and updated to make use of modern features in C++11. In addition, high-level media player logic has been refactored from a push-based paradigm to a pull-based methodology and moved into reusable Engine-agnostic classes that enables better separation of concerns in media player interfaces.