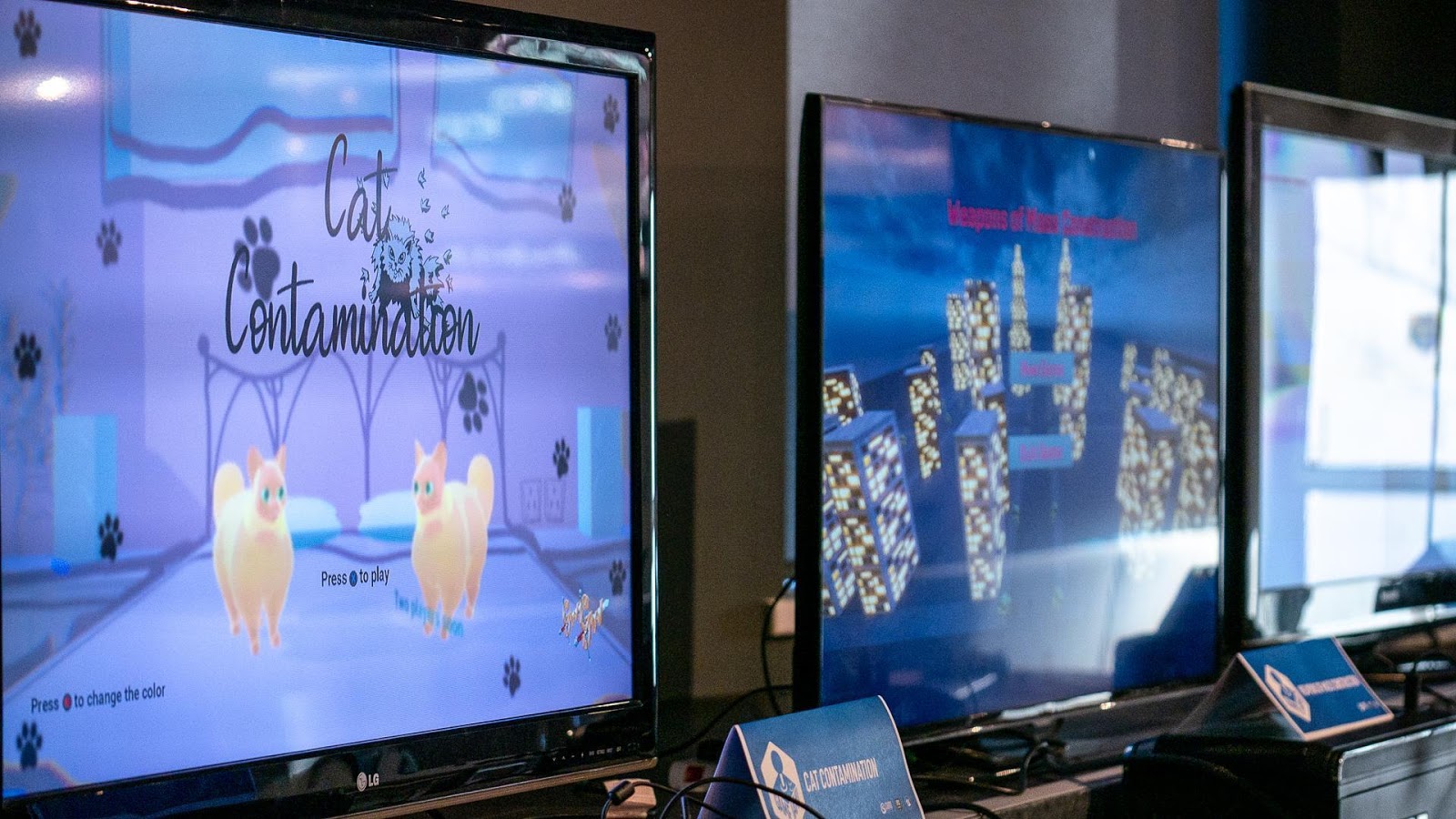 By Rebecca Sweetmore and David Dino
A game jam is an event where developers gather and team up to design and create games. It’s essentially a hackathon for games. Often in as little as 48 hours, teams prototype small games that enrich their understanding of development tools, workflows, and team dynamics, all while giving them the freedom to experiment or explore more creative designs; much to the credit of the relatively small-time investment. Many developers have frequently participated in public game jams such as Epic Games’ #ue4jams, or the Global Game Jam, but did you know that many studios around the world also engage in their own internal game jams?

Despite their frequency and popularity, many developers may wonder, “What is the recipe for a successful game jam, and how can its success be measured?” In order to find answers, Epic Games and Sumo Digital teamed up to co-organize a jam! 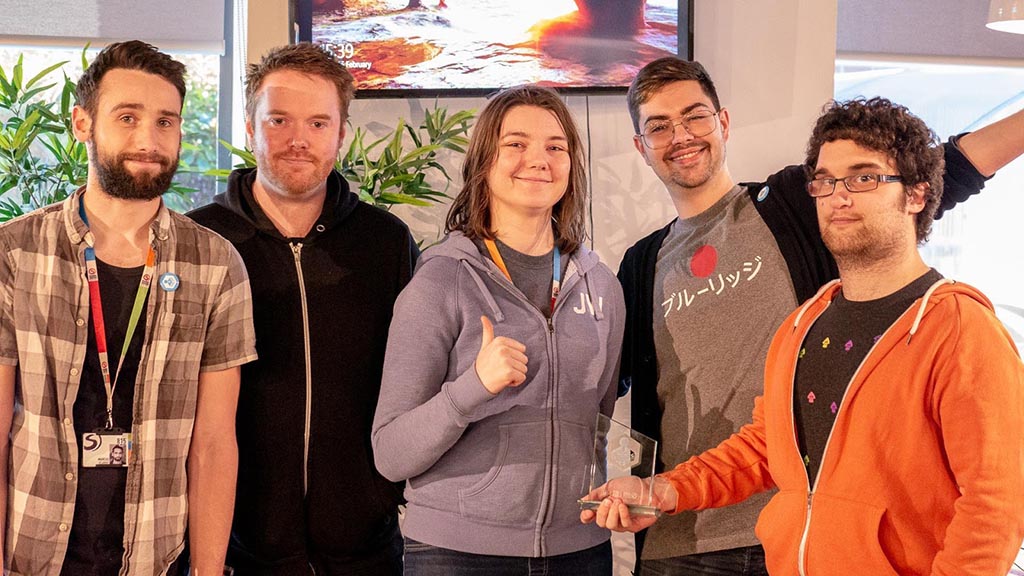 Why do we host game jams?

Game jams have been an important part of Sumo Digital since our inaugural jam in October 2015. They provide a great opportunity for everyone to take a break from their usual projects and milestones, giving our developers the chance to work on a smaller project that is designed from the ground up by their own imagination, without the usual limitations of working on an existing product; they can truly think outside the box and build anything that they want.

Snake Pass is a true testament to how much we believe in the quality of the games created during our jams. The physics-based action-puzzle game was the winner of our first-ever internal game jam and we were so thoroughly impressed by it that we didn’t hesitate to put it into full production with it becoming available to purchase on all major platforms within 17 months! Since then, Snake Pass has sold over 200,000 units across all devices, was nominated for several awards, won TIGA best arcade game in 2017, and showcased in the Unreal Engine booth at GDC 2017. 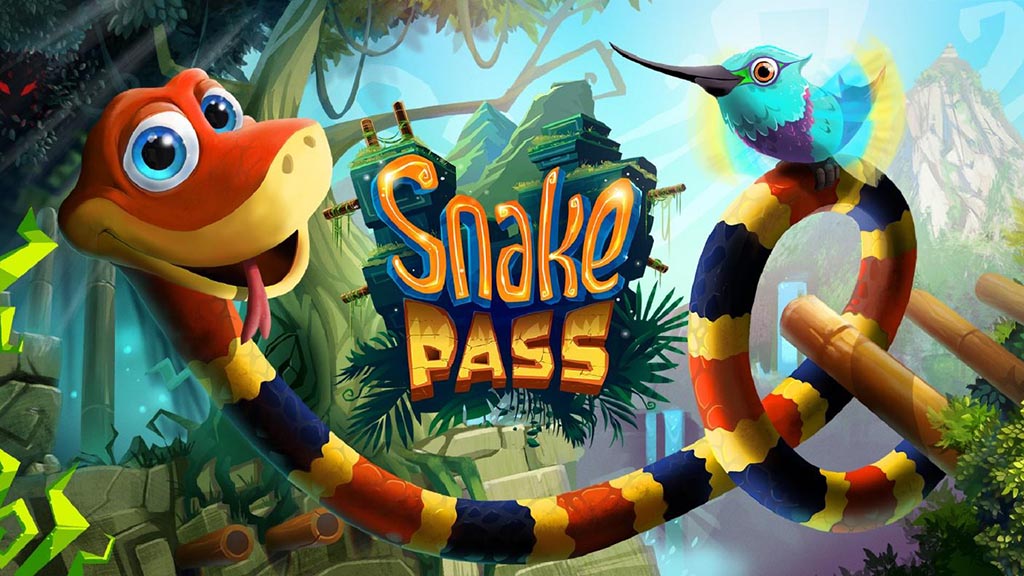 It really was exciting to see something that was totally homegrown within a Sumo game jam launch as a retail title. That is why we are always on the lookout for new game ideas that can potentially be turned into an actual product. Through internal game jams, everyone at Sumo is given the chance to express and realise their ideas with a tangible product for their colleagues to play.

Sumo has always worked to make each of our game jams unique and since a lot of our previous jam entries, including Snake Pass, were built in Unreal Engine, it seemed only fitting to reach out to Epic Games to see if they would be interested in collaborating for a game jam event. 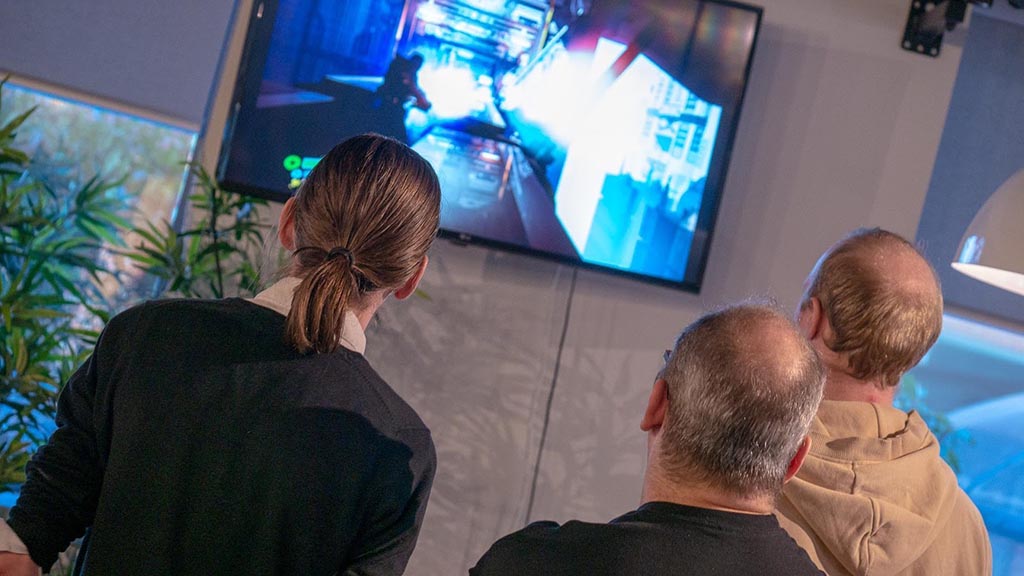 On January 17, more than 60 Sumo Digital employees from across the UK gathered together in Sheffield to celebrate the Sumo x Epic Games Game Jam. Epic Games hosted sessions on Unreal Engine development leading up to the jam, shared best practices for game jams, and supported teams during the event.

Milena Koljensic (Field Marketing Manager) and Ben Board (Developer Relations Manager), kicked off the event by announcing the themes for the teams’ projects: Transmission, Freedom, Explosion, and Beat. Each of the 16 teams had just three weeks to design, build, and prepare their game for a showcase at Sumo Digital.

On February 15, we reconvened for teams to showcase their prototypes and to impress the audience. After a full day of presentations and much deliberation, judges from Sumo Digital and Epic Games selected a winner for best multiplayer, best single-player, and most original game.

The Friend Zone is a multiplayer game where players must work together to escape the room while staying within a limited friend circle. At the core of the game is communication and teamwork. With only one new-to-UE4 engineer, the game jam was a perfect exercise to broaden their knowledge with Unreal. Using Blueprints helped them create a finished game with limited time and provided fun for all. 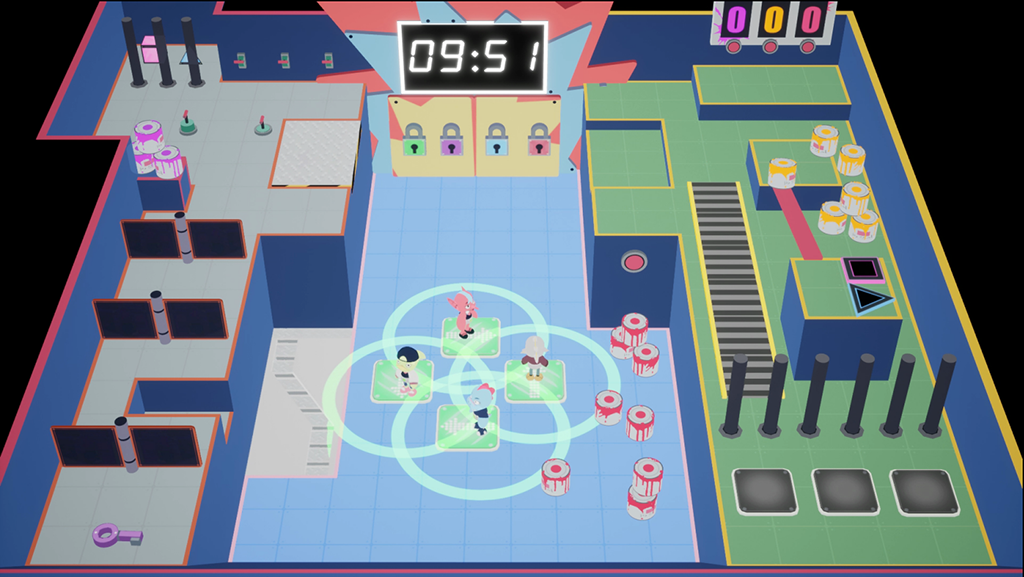 The Friend Zone was arguably the most enjoyable game of all. Players had to constantly communicate with each other, frequently laughed at their mistakes, and sometimes were very irritated by their mates’ poor choices. It’s no wonder this game also won second place for the Audience Vote as well! 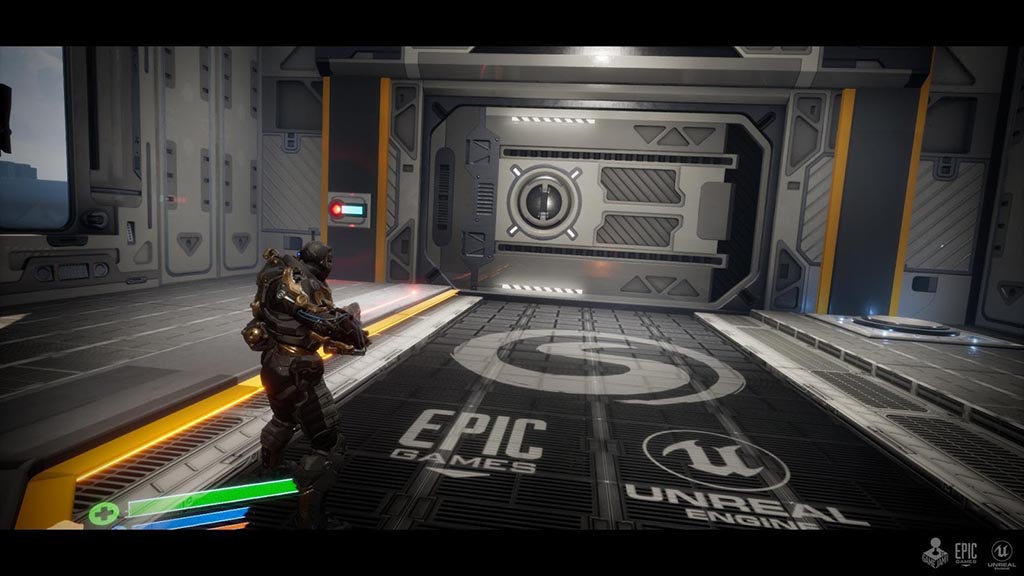 Codename: Drone is an ambitious sci-fi single player game made by a team of two. The character is mercenary whose drone helps him gear up when approaching tougher enemies. A player can attach himself to the drone in order to climb unreachable platforms and act as armor.

What distinguishes this game from the others are the beautiful visuals. For the character creation, they used the existing Paragon assets from the Unreal Engine Marketplace. Creating Codename: Drone was an attempt to prove that with a team of just two people coupled with Epic technology, it’s possible to create a AAA-potential game.

Most Original - The Void 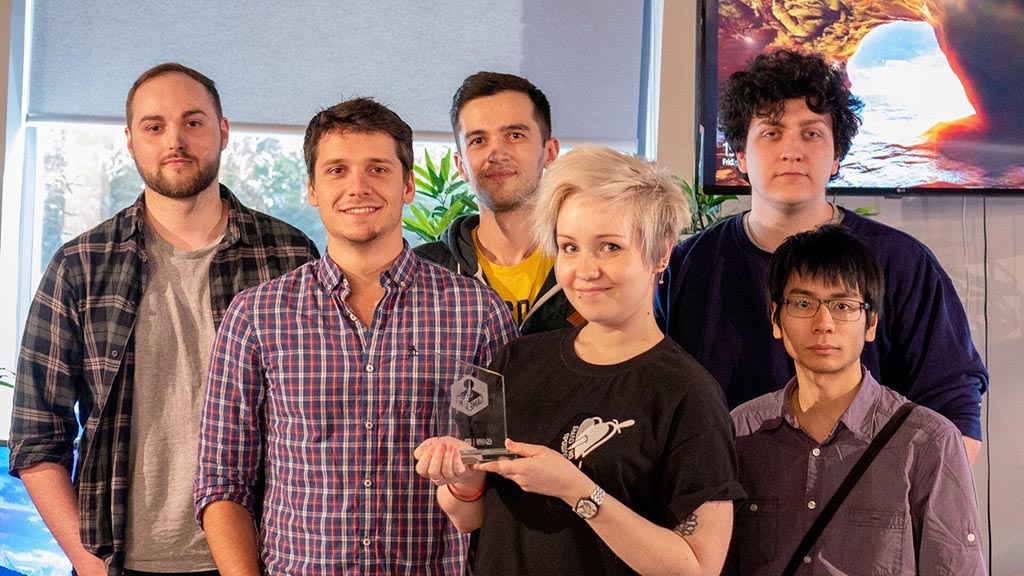 The Void is a clean, minimalistic, puzzle-adventure game made by a larger team from Sumo’s Nottingham studio. The player takes control of a sphere which needs to gather energy on its way to freedom. The originality of this game lies in the simplest mechanics of transformation and usage of real-life physics. The developers praised the engine, stating, “Unreal Engine gives us tools which some of the developers are unfortunately ignoring; they should not!” 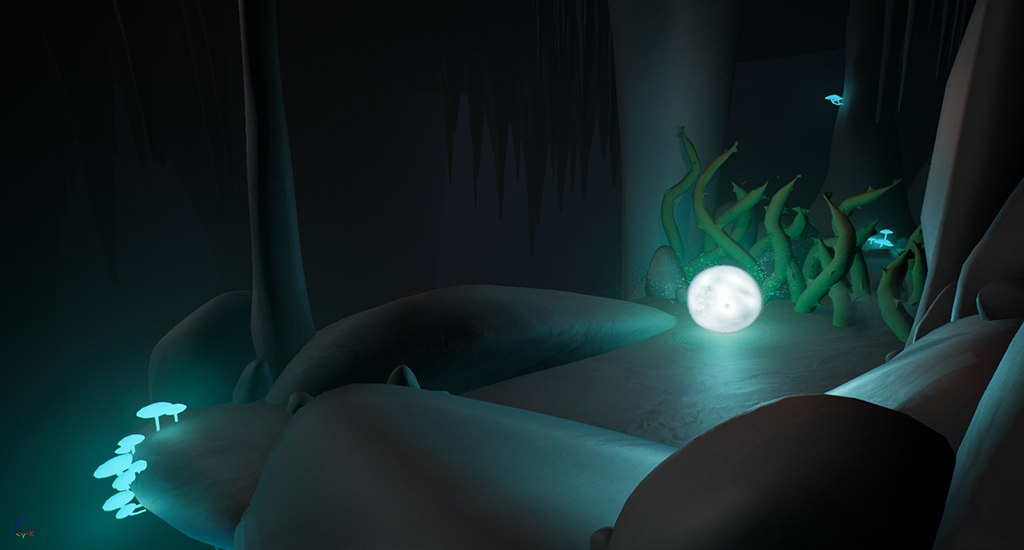 The developers who worked on the Void are all artists, which explains why The Void has such a minimalistic and artfully crafted game environment. They made use of the Niagara Editor, which helped the developers quickly create and adjust visual effects, giving them total control over particle simulation, rendering, and performance. 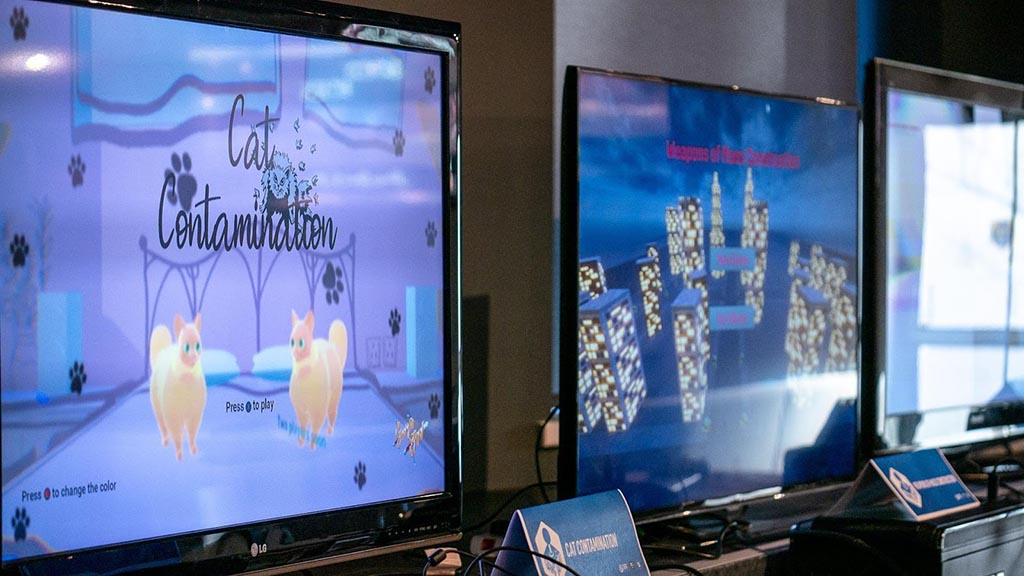 “The teams worked very hard and showed their extraordinary skills and professionalism while also having fun. It was an amazing opportunity for the developers to express their immense creativity,” Koljensic stated. She added, “We truly believe that the game jam has been valuable to both parties and has proven that it is possible to create epic games in a very short time. It was a pleasure to participate in the game jam as judges, to witness the enormous number of amazing prototypes made in Unreal Engine, and, of course, to discover an answer to the shared question.”

After wrapping up our seventh official game jam, we believe that the recipe for success is:

Some of the teams will continue the development of their prototypes, and who knows, maybe you'll be playing one of these titles in a year or so.

Why you should host a jam

Game jams are always a highlight of our year at Sumo and it’s easy to see why with the creativity and quality seen in our Sumo x Epic Game Jam entries.

Each jam brings more and more creativity to the forefront at Sumo and if there’s one thing we have learned, it’s that there’s no better output for people’s creativity. They are a no holds barred opportunity to create anything, and we would highly recommend that other developers, individuals, and even students have a go at hosting their own game jams.

It may take a few attempts of trial and error to refine the format to your own team’s needs but give it an earnest try and you could find yourself very surprised with the results!

We are absolutely delighted with the turn-out and results for our most recent game jam and would like to extend a big thanks Epic Games for collaborating with us on our most successful game jam so far!