Educational Spotlight: The Savannah College of Art and Design

Savannah College of Art and Design

SCAD’s interactive design and game development undergraduate program has recently been redesigned to become much more technical, and UE4 is a large part of that curriculum.  Within weeks of the news that UE4 had gone to the subscription model, SCAD had already signed on and populated all of its game lab computers with the new Unreal Engine 4.  Before the quarter was out in late May of 2014, countless students were delivering stunning works both as individual projects and as fully functional group game projects in UE4.  This new high caliber work began to fill their portfolios and provide them with a previously challenging level of polish to achieve in limited timeframes. 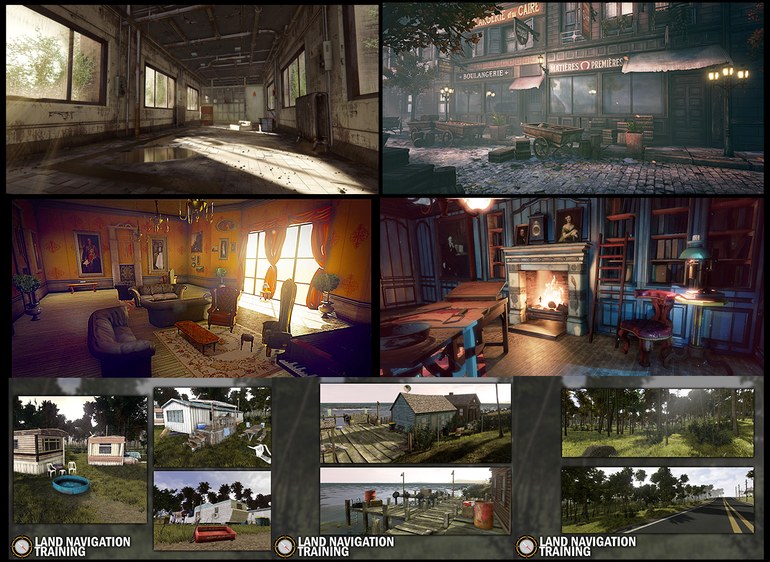 Ari Cookson has been teaching Unreal Tech for more than 14 years at SCAD.  As an independent game developer, Cookson was working with development teams in UE4 very early on.  Within weeks of the release of UE4, Cookson had begun to expose his student to the many great new features within UE4 and helped them to bring their individual and group project to light.  At SCAD, Cookson is a key `go-to` guy for all things Unreal!

Professor Charles Shami has been teaching content creation in Unreal Tech for more than 13 years at SCAD.  His students have gone on to work at noted studios such as Gearbox, Firaxis, and Insomniac to name a few.  His ability to guide his students to bring their work to a professional level of polish in UE4 is noteworthy.

Everett Gunther is currently a senior working on his Bachelors of Fine Arts at the Savannah College of Art and Design in the Interactive Design and Game Development Program. 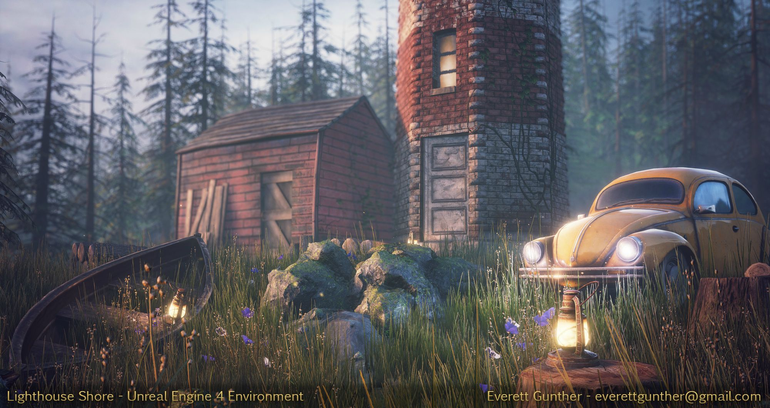 “I completed production of this scene over the course of 8 weeks for a college course. I used this scene as an opportunity to expand my ability to handle large natural landscapes and create detailed foliage. I also tried to go further with scene dynamics and effects than I went with previous portfolio scenes. For example, the ocean water material was created from scratch as were all the particle and foliage effects.”

“Grave Mistakes” is a game under development by a team of 25 plus SCAD students.  The project was conceived and prototyped over the course of 10 weeks for a senior level studio class. With a core team of 10 artist, designers, programmers, and producers, additional external talent was sought to help with sounds, animation, and voice acting.

The team used Unreal Engine 4 to create the game because of ease of model and sound implementation, the power and beauty of the materials system, and the adaptability and flexibility of implementing Blueprint and C++ for developing gameplay mechanics. The team worked with the matinee editors and sound cue editor to create many elaborate cut scenes needed to tell the story of a con artist thrown into the Grave Mistakes world.

Currently, the team is in a post-production course to refine the project for submission to the upcoming E3 College Game Competition. 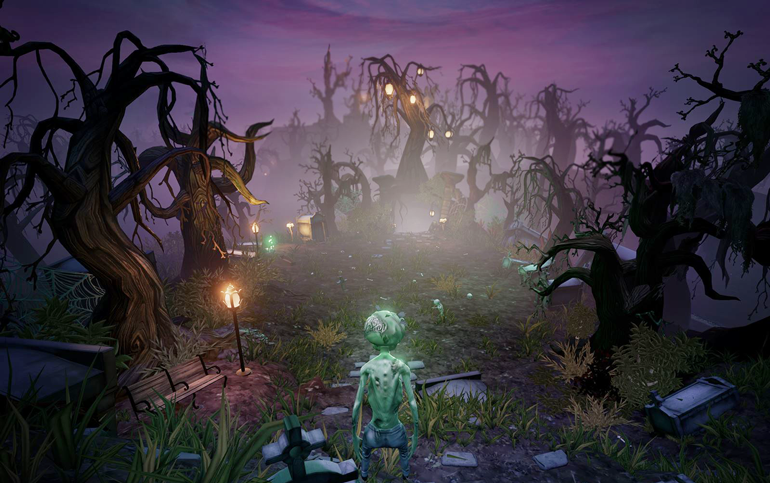