All-female indie darlings Giant Spacekat are set to release their debut game Revolution 60 this coming spring, and from the candy cartoon graphics to the capable Bond girl cast, it promises to be nothing short of a breath of fresh air on the iOS landscape.

Featuring a vibrant aesthetic style, intuitive touch controls, and intense story-driven gameplay, Revolution 60 challenges players to make moral choices and live with the consequences of those decisions. Set in the space-age future, players follow the story of a four-woman special ops team as they fight to prevent an all-out nuclear war from taking place. Drama builds when an American orbital weapons platform goes off course, causing leading ladies Holiday, Minuete, Amelia, and Val to pursue a space shuttle heist in an effort to stop the weapon from firing. The game capitalizes on the simple touch interface of iOS, allowing players to intuitively swipe their way through combat. Between beautiful 3D cinematic storytelling, players advance through the game via dialogue trees, often making decisions that will have huge implications on the outcome of their mission. 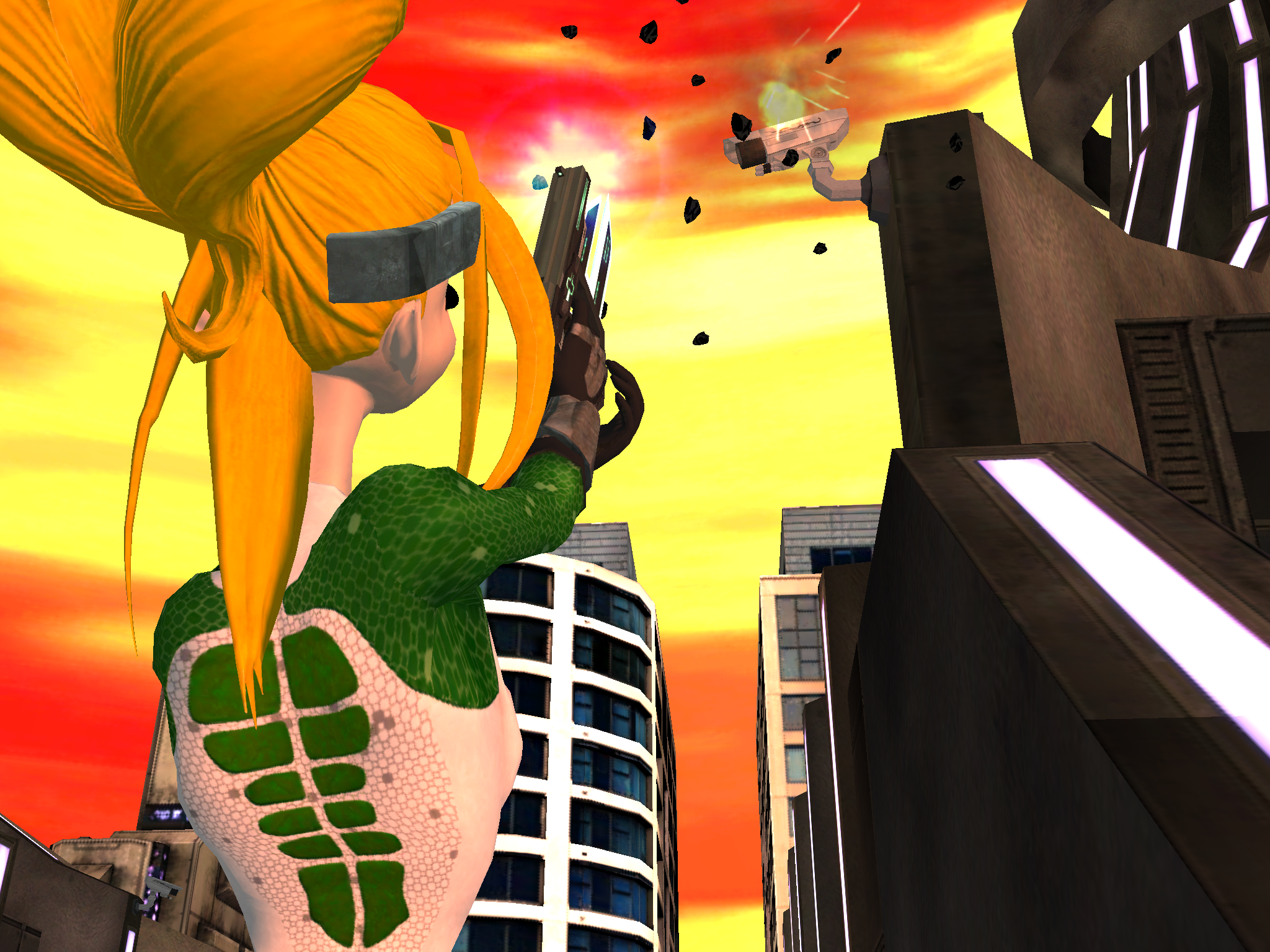 A team of four based on the US northeastern seaboard, Giant Spacekat is one of the only all-female development houses in the industry, and the team doesn’t shy away from ambition. Media have described their action-filled, interactive storyline as Heavy Rain meets Mass Effect.”

It’s with this kind of highly narrative gameplay that Giant Spacekat hopes to fill a gap in the market. Head of development Brianna Wu explains, Revolution 60 is all about the story. It doesn't matter if you're a core gamer or a casual gamer, we all enjoy a narrative if it's told well. So, we asked ourselves what needed to get out of the way for everyone to experience story choices. Every game mechanic in Revolution 60 is about giving the player story choice, not making them figure out skill trees or combos.”

But the game wasn’t always planned to be such a cinematic-laden experience. Wu reflects back just a few short years ago to 2010, when the studio was founded, “I'd done a lot of iOS development work, and was looking to start my own game company. My art background was in 2D, and I was very worried about competing in an endless sea of 2D sprites. Then I saw the Epic Citadel demo, and I immediately knew I was looking at the next 20 years of mobile gaming.” 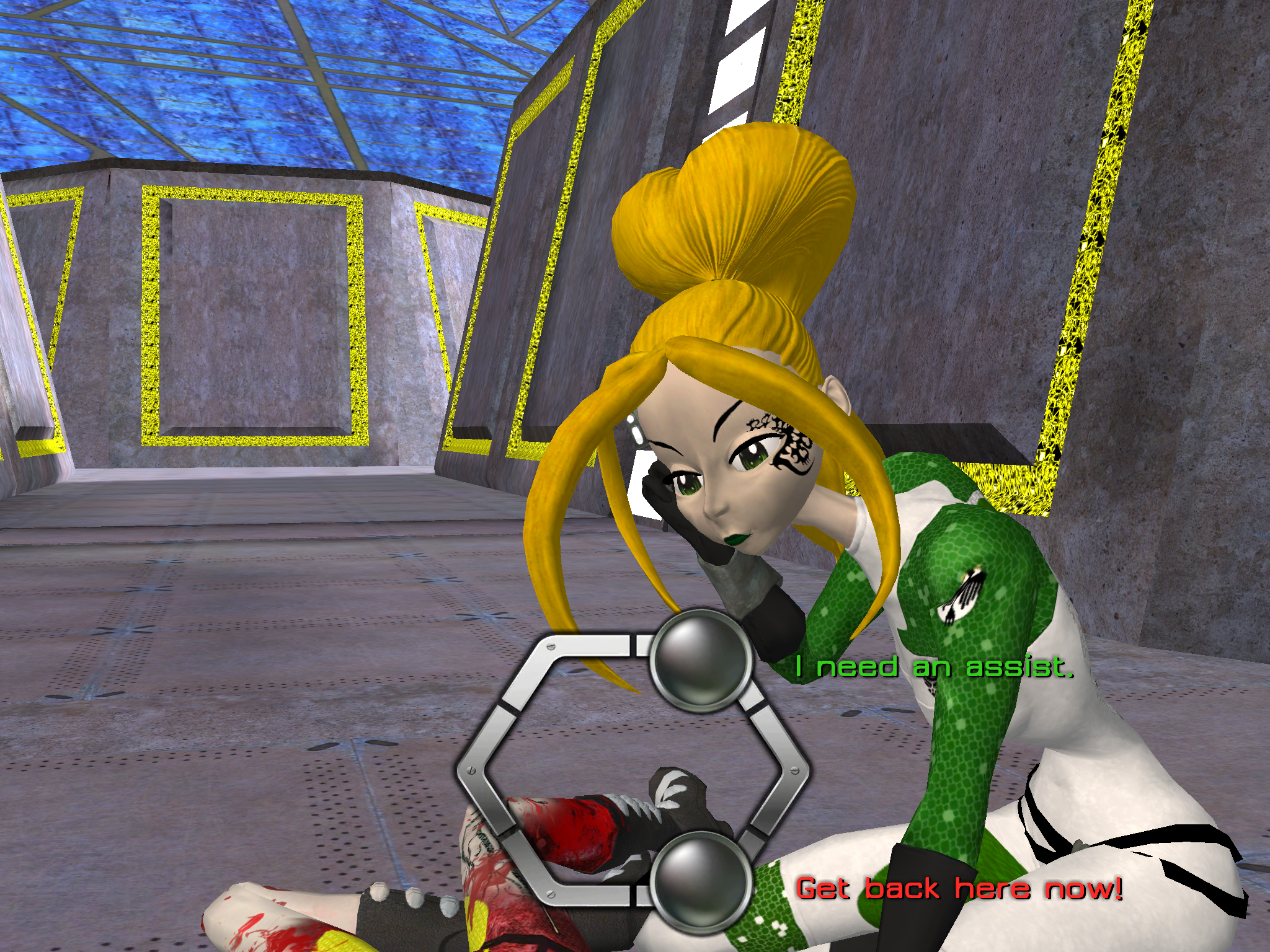 She and Giant Spacekat co-founder Amanda Warner dropped their game plan which involved making an overhead tactics game, and began dreaming about how they could push cinematic experiences on mobile using the possibilities of Unreal Engine 3 instead. They conceived the original world of Revolution 60, downloaded the Unreal Development Kit, and never looked back.

Wu says, “As a small studio, we have to really choose where we invest our resources. We were much more interested in telling a story than building an engine, so we asked ourselves who had the product that would let us do the work we loved. Unreal was the obvious choice.”

When it comes to interactive storytelling, Wu says Unreal Matinee is the most mature toolset, period. “The sophistication with implementing animation sets, controlling cameras, triggering events - it's unquestionably the best. Secondly, what really appeals to us is not worrying about exact GPUs, tablet specs, memory, garbage collection, or trying to support new Apple devices. Unreal takes care of all that.”

“I have to admit, I was very intimidated by Unreal at first. This is everyone on my team's first game to ship, but it's proven to be very easy to learn. There have been so many games developed with this engine that it's easy to find answers when we need them,” she says. 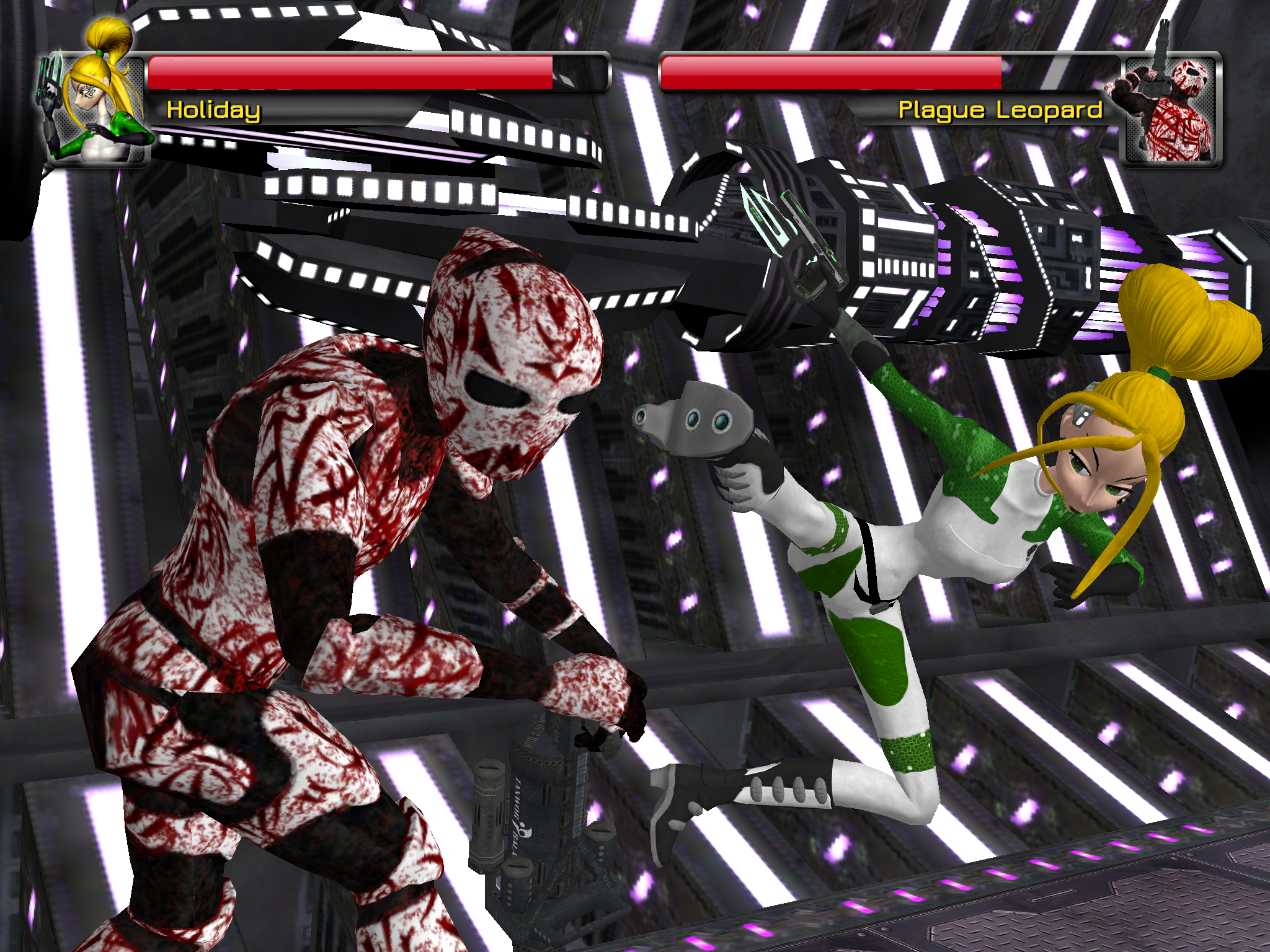 “I'm constantly amazed by how much the toolset encourages iteration. We'll sometimes assemble a scene, but it doesn't quite hit the tone we want. So, we’ll tweak lighting or sound, or we’ll polish an actor's animation and plug it back in. It's an extremely agile development environment.

“We also appreciate the vast array of materials and particles included in UDK. Often, I'll wonder how Epic managed to do a material or an effect on mobile. What's awesome is, I can just open up one of their effects and take it apart until I understand it. Then I can create something that's my own work.”

Wu emphasizes how integral Unreal Matinee and Unreal Kismet are for her team. “It is literally at the heart of everything we do on Rev 60. Using the visual scripting, we’re able to compile incredibly complex scenes with dialogue trees, action events you can pass or fail, and even slow down battle events to Matrix bullet-time. Programmers can create custom Kismet nodes, seamlessly adding things mid-scene, and we're even able to have beauty lighting follow the characters around within Matinee nodes.” 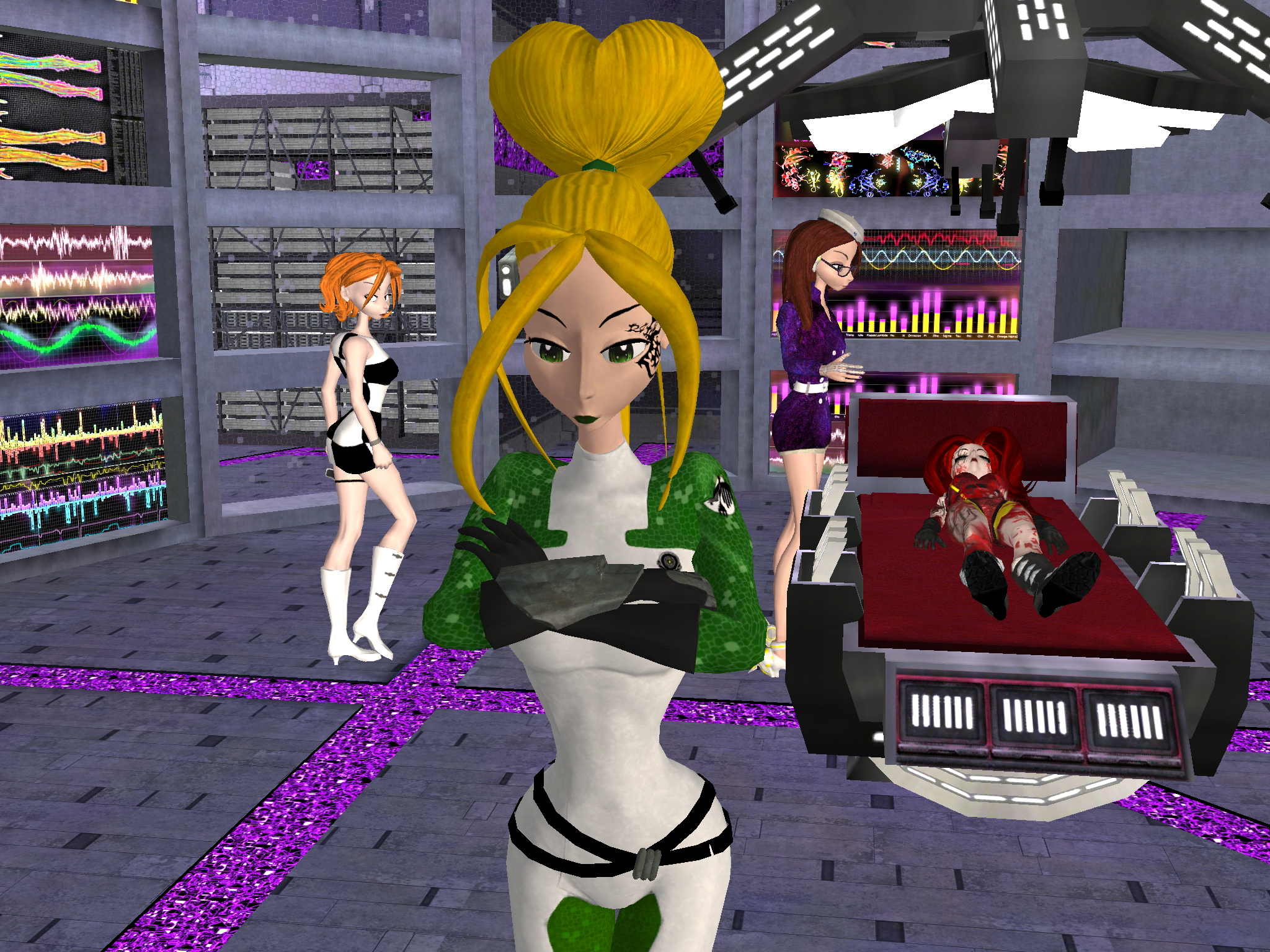 “My animation team appreciates that we're able to animate the characters within Maya, and simply export it into Unreal with FBX,” Wu continues. “We were worried about the pipeline, but it couldn't be easier. A director assembles it all in Unreal, carefully adjusting the lighting, music and camera angles. The result is one of the most cinematic games to ever appear on mobile.”

Facial animation may just beRevolution 60's biggest technical achievement. The lead character Holiday has a staggering 78 mesh-influencing bones. “All the girls’ hair is fully animated,” beams Wu. “A lot of games give women a pinned up hairstyle and call it a day, but we felt strongly that giving the characters good hair was critical for immersion.” Arguably it’s this kind of attention to detail that makes the game’s characters so personable and relatable. With nearly every animation in the game done by hand by co-founder Warner, crafting opportunities for emotional player connections is a point of pride for the development team.

When asked what she would say to newcomers to the Unreal Engine, Wu is confident. “Unreal is a very friendly engine for an indie dev to work with. I would estimate we've spent less than five percent of development time troubleshooting, and I quickly learned how to use it.”

Giant Spacekat is planning Revolution 60 to be a trilogy. While the initial game promises immense replay value with its dialogue wheel-branching pathways, players will be able to carry their choices over into the sequel. Wu stresses the emotional connection she hopes players will make with the characters, “People are going to live or die based on your choices. We want them to matter.”