As the landscape of game development continues to expand and diversify, new, alternative routes are materializing that allow talented creatives to practice their craft, gain experience and open revenue streams.

The Unreal Engine Marketplace is a platform that allows Unreal Engine 4 developers to buy, sell and share community-created content. Supported directly by Epic, the Marketplace brings creatives together, making premium content readily available for developers of all sizes, while empowering creators to capitalize on their expertise and vision.

Though the platform has only just celebrated its one-year anniversary, the Marketplace is already thriving on these exchanges of ideas, led by an emerging group of prominent figures. One such leader is industry veteran and professional texture artist Jacob Norris, the creator of PurePolygons. 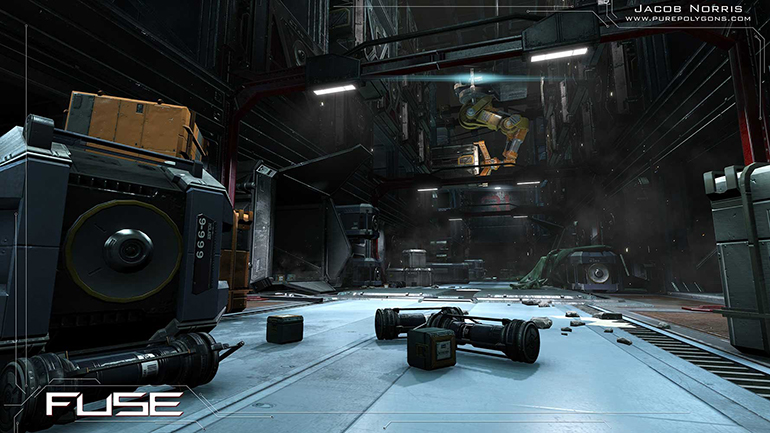 Sporting a resume that includes experience on some of gaming’s top-tier titles, such as Resistance 3 and Metal Gear Solid V: The Phantom Pain (MGO), Norris had utilized his free time to experiment with new concepts, familiarizing himself with Unreal Engine in the process. He hadn’t planned to break into the Marketplace with his Modular Building Set, a project he built as a hobby, but saw it as an opportunity to earn some extra money to help pay off college debt:

“They can make it difficult to start your life, have a family, buy a house, and so [I thought] it would be nice to pay them off sooner than later,” he said of his student loans. “So one of my friends in the group recommended the Unreal Engine Marketplace as a possible way to help out a bit... At the time, I had just been working on a Modular Building Set Project for fun, to practice workflow and get into the Unreal Engine more.

“I thought, why not? I'm already working on it, and if I put in a bit more time to add collision, optimize, and expand on the idea from my original project, it could be a real product. So I went for it and submitted it to the voting boards. I was lucky enough to have the opportunity at the time to work on that project and get it into the Marketplace very early on when it was just starting out.”

The extra work paid off, and upon its listing on the Marketplace, PurePolygons was chosen as an Epic Games Staff Pick, and the rest is, as they say, history. 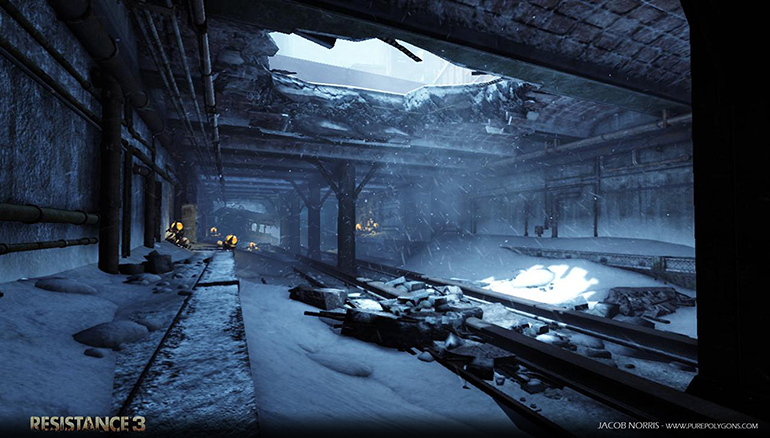 The response from developers in the Unreal Engine community motivated Norris and continues to inspire him as he pursues new projects. “The community is one of the main reasons I continue to work in the Marketplace now,” he revealed. Being able to correspond candidly with members of the community has been a major boon to Norris, who appreciates the benefit of an open dialog with his audience.

“If you can just approach feedback with the right attitude, then the community can be one of your best tools…. Some people have even just messaged me to tell me how much they enjoy one of my Marketplace packs or to share a little bit of what they are working on with the assets. They suggest new features and ideas for the products I release, and while I can't get to all of them, I really listen to everyone and at least hope to get some of the ideas into future packs and products that I will be making.”

In addition to the invaluable feedback and support he gains from the community, Norris also acknowledges the role of Epic Games in easing the process of development. Accessible tools such as Blueprint visual scripting and the Material Editor afford him the ability to construct any idea he can muster.

Yet there is one -- perhaps less obvious -- tool that Norris relies on heavily: the Unreal Engine YouTube channel. “There are new videos all the time, and there are videos that range from very basic ideas, like just getting started, all the way to the more advanced and intermediate tools in the engine.” He adds that “it has been awesome and a great way to learn!”

Now, having created several popular content packs for the Unreal Engine Marketplace, Norris is enjoying his success - which he admits as being more than solely monetary. Integrating and engaging with the Marketplace community enables him to expand his network and meet new and interesting people, increasing his profile and imprint in ways that he could never have foreseen. 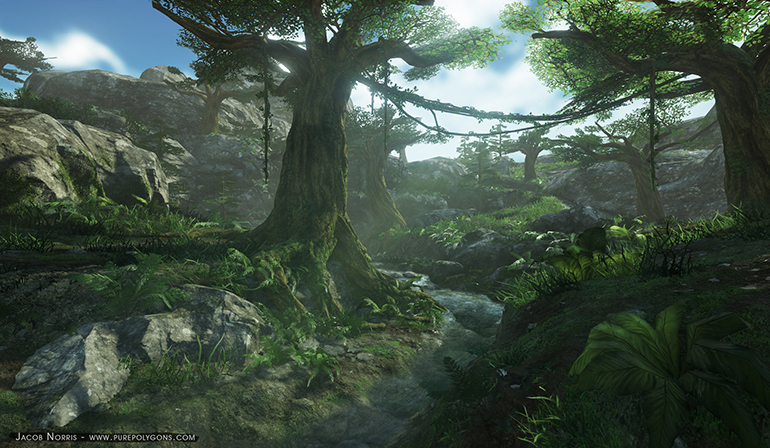 “One of my customers is an artist who creates unique backgrounds and images for the projectors that run behind DJs during performances at venues. Using the Procedural Nature Pack Vol.1 he has all kinds of vines entangling a statue with some effects and changing scenery that play while the DJ is hitting the beats. He also made a really cool sci-fi version using my Spline: Ropes - Hoses - Sci-fi pack. I never imagined using the packs for something like that!“

Though an admittedly unusual example, it’s experiences such as these that have inspired confidence in Norris, who foresees the Marketplace as a vehicle for new exchanges across a wide spectrum of fields.

“It's amazing that Epic Games has really created a hub for individuals and full size companies alike to make their dreams a reality,” Norris said emphatically. “And as long as the Marketplace continues to grow, with the way that people are creating and distributing content, it will still be going strong for years to come!”

Find more information on PurePolygons on the Unreal Engine Marketplace and on Jacob’s website.