Getting Started with UE4 and ARKit

On June 5th, Apple, with its revolutionary ARKit, showed us how you can tell your own stories in a whole new way with iOS devices. As we continue to integrate ARKit into Unreal Engine, we're inspired by the Wingnut AR demo at WWDC, and we’re truly excited about the AR experiences so many Unreal developers are already creating for iOS devices.

Will you use ARKit for architectural design, to make a game that changes how players interact with their environment, or something entirely different?

Bring your ideas to life with ARKit using this Quick Start Guide for Unreal Engine 4.17! 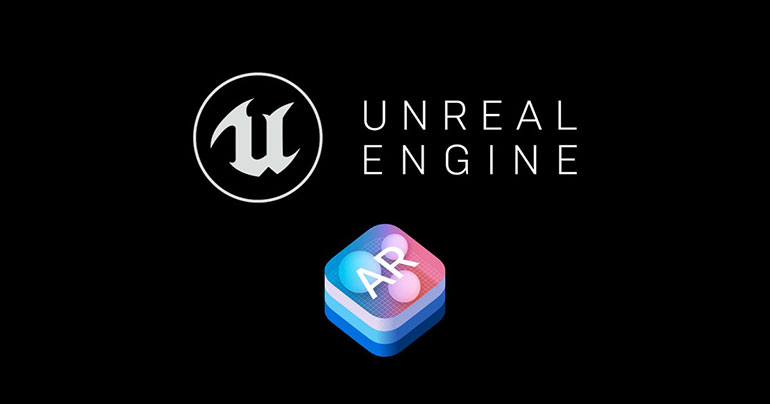 To use a project with the experimental Apple ARKit plugin, you must first have the following prerequisites:

Both XCode 9 Beta 3 or 4 and iPhone or iPad with iOS 11 Beta can be downloaded from http://developer.apple.com.

To ensure that the correct version of XCode is used, run the following command from a terminal window:

Now, open Unreal Engine 4.17 and create a new project targeted for mobile. Open the project and enable the experimental Apple ARKit plugin from the plugins menu. You may need to build the plugin in order to enable support if you’re working from GitHub source, if prompted.

If you haven’t already, configure the certificates for your device in order to make a signed application by following the instructions in our documentation.

Enable the ARKit plugin under Edit > Plugins and restart the editor.

Once the ARKit plugin is enabled, go to Project Settings > iOS. You’ll need to set the following in order to use ARKit:

<key>NSCameraUsageDescription</key>\n<string>UE4 needs permission to use the camera in order to use ARKit.</string>\n

Using ARKit in Your Project

There are three major areas of an ARKit project: the camera, the pass-through, and plane detection. We’ll give you a quick intro to each of them to help you get started!

Fortunately, the camera behaves very similar to our VR camera setup, and should be familiar to those that have set that up. All we need is a new Pawn class that has a special Apple ARKit Camera Component in it. When we run on the device, that Camera Component will move around the virtual world in the same way you’re moving around the real world.

The pass-through lets us take the feed from the camera on the back of your iPhone or iPad, and then use that as a background for your virtual content. This gives the illusion of your content “augmenting” the real world. Here are a few steps that outline the basics of setting up the pass through camera. For a more complete example, refer to the Material setup in the ARSample project linked at the end of this blog. 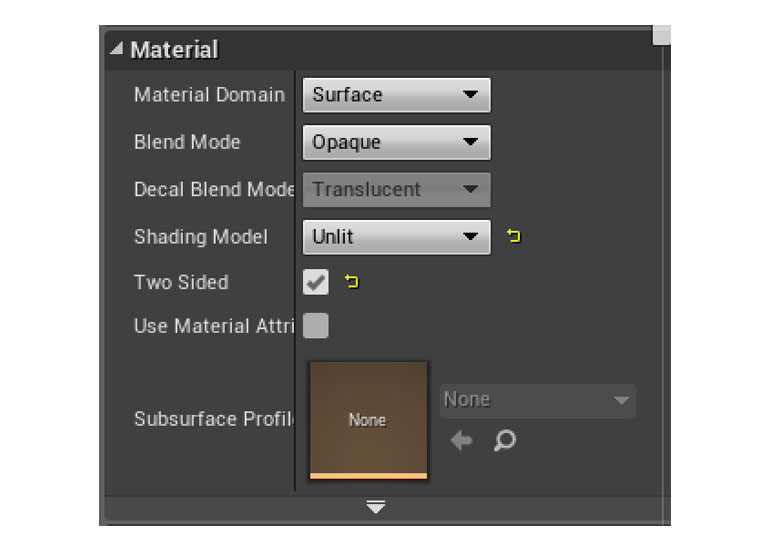 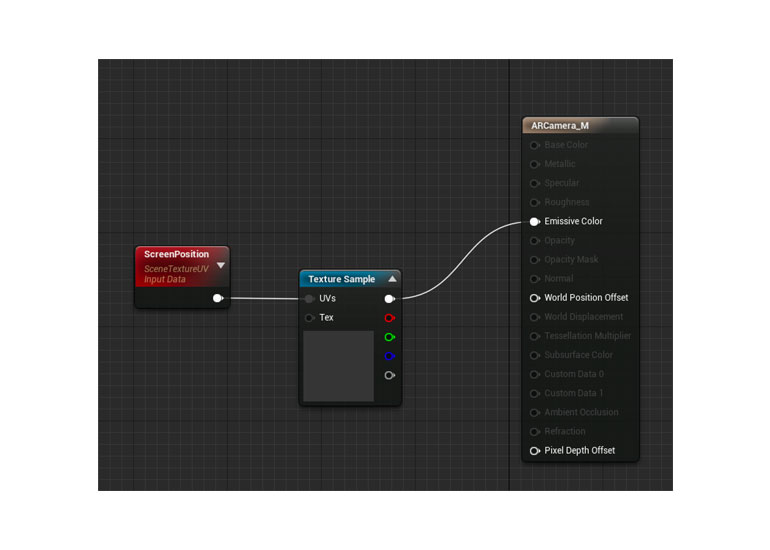 Plane detection happens automatically as you move the device around, and using detected planes with touch input is as simple as calling “Hit Test at Screen Position” function on the ARKit Camera Component. If a plane is found, you’ll be able to access the transform information found in the Apple ARKit Hit Test Result to handle interaction logic with that point in the real world.

Once the project is set up, click Launch > (Your iPad or iPhone), which will build the project and deploy it to the device as you would with any other mobile project. 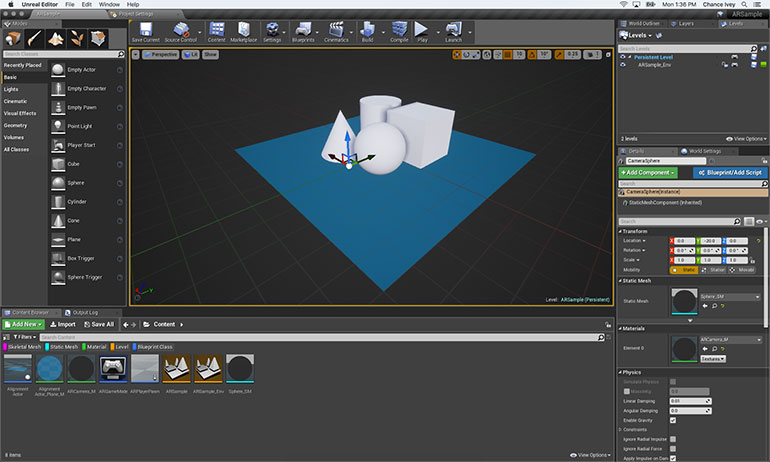 To help you get started, we’ve put together a sample project with everything already set up in order to get moving with ARKit and UE4. Download the ARSample project for 4.17.1 here.

Keep in mind that the experimental plugin will change as the technology evolves in these early days. When we officially release the ARKit plugin as part of the engine in 4.18, supporting documentation will be updated to reflect the final architecture.

We can't wait to see what you create with this revolutionary technology, so please share your experiences with ARKit on social media and tag us using @UnrealEngine and #UE4 on Twitter, Facebook or Instagram!