Release Date: September 20, 2011 -- The spectacular conclusion to one of the most memorable and celebrated sagas in video game history, Gears of War 3 is poised to take the world by storm. Fans around the world will experience the epic finale to the Gears of War trilogy when the most anticipated blockbuster of 2011 arrives in stores this fall.

The highly anticipated follow up to the groundbreaking Gears of War, Gears of War 2 was another huge leap for games and also represented a series of major upgrades to Unreal Engine 3.

Following the success of its predecessor, Gears of War 2 improved on every aspect of the original. The genre-defining cover system was further refined, making the stop and pop gameplay more intuitive. Dynamic cover was given new meaning as downed opponents can be picked up and used as shields. The intimate violence of the battlefield is heightened when combatants engage in chainsaw duels, while destructible environments and vicious new finishing moves add to the over-the-top experience. The immersive storytelling was also taken to greater heights - a deeper emotional connection is developed as players move through a story that introduces new characters such as Dizzy Wallin and Tai Kalliso, and sheds light on the histories of familiar ones. Players can still team up with a friend to fight through the harrowing story of Delta Squad in an enhanced campaign mode, featuring drop-in/drop-out gameplay, as well as individual player difficulty options. 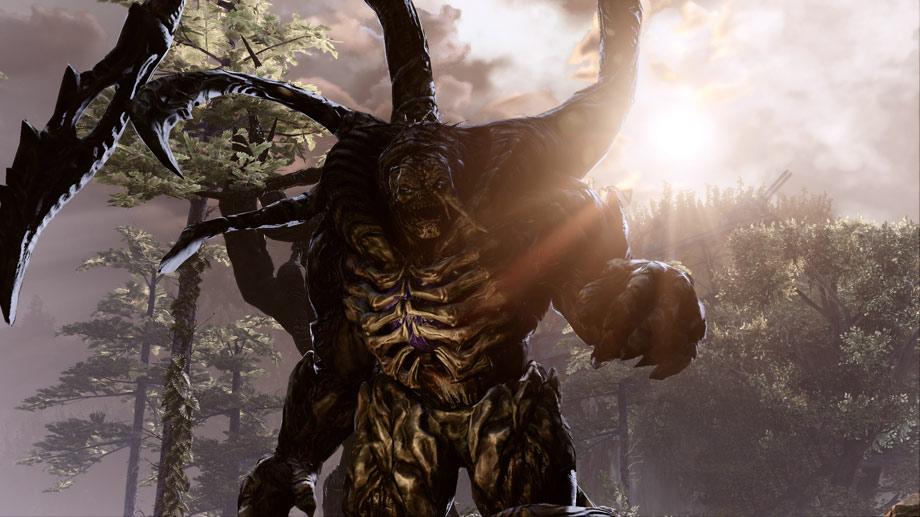 The multiplayer experience was also given spectial attention for Gears of War 2. A new party system allows players to form a full or partial team with friends and continue together from match to match without the need to reform after each game. Gears of War 2 also supports a skill-based online matchmaking system, powered by TrueSkill, which groups players of similar skill level together in competitive multiplayer matches. Gears of War 2 also features eight distinct multiplayer modes, including the new Wingman, Guardian and Submission modes, where up to 10 players choose a side and pit their courage and battlefield mettle directly against others. In addition, multiplayer bots are available to sharpen your skills offline or to fill out your online private matches. Players can also recruit up to four friends to battle in the new game mode Horde, where they can fight together to fend off a seemingly endless onslaught of Locust forces to attain the highest score. 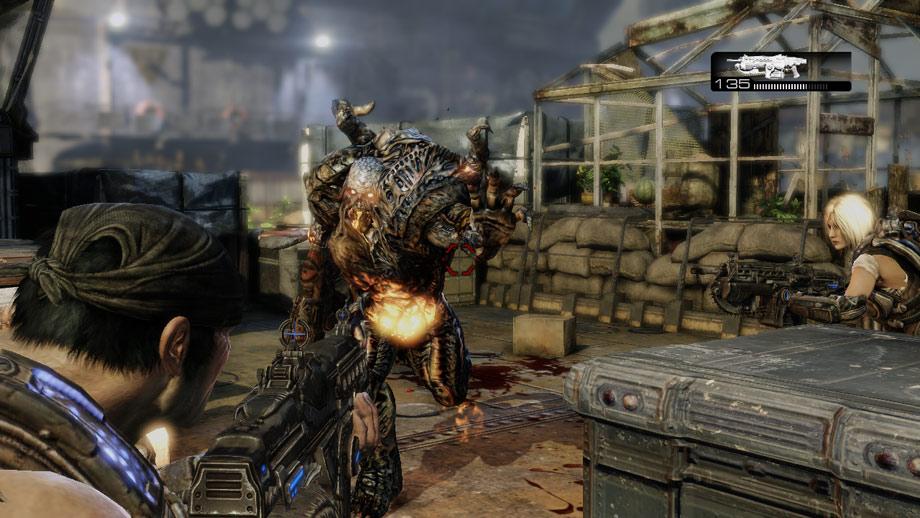 Gears of War is the first game developed by Epic Games exclusively for Microsoft Game Studios and the Xbox 360 video game and entertainment system. Gears of War thrusts gamers into a deep and harrowing story of humankind’s epic battle for survival against the Locust Horde, a nightmarish race of creatures that surface from the bowels of the planet.

Taking a different approach to gameplay in the action genre, Gears of War features a unique duck and cover combat system that requires careful use of the environment to stay protected during the many intense battles against the Locust Horde. The story-based campaign can be played alone as the protagonist Marcus Fenix; or in co-op mode where a second player can play as squadmate Dominic Santiago to team up to accomplish the missions. Players can then take their skills online via Xbox LIVE against other players in game modes and maps designed specifically for the tactical style of combat. 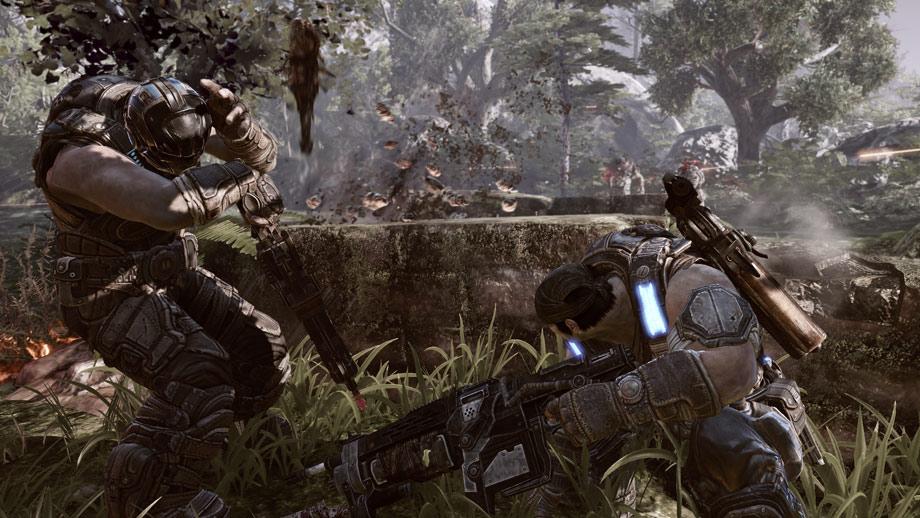 Using the same game engine technology and tools that are being licensed to power some of the best next-generation games, Epic proved that the Unreal Engine can be modified to suit a unique style of gameplay while achieving stunning visuals running at high framerates on a next-generation console. Even better, the pipeline favored fast turnaround of content without the need for 100 or more developers.

Gears of War, was released in November 2006 for Xbox 360, and sold over 4.5 million copies since release; and it was later released in October 2007 for PC.