Funcom recently announced that its ambitious open-world survival sandbox game Conan Exiles features full mod support on PC, which is now available to coincide with the start of Early Access.

Available through the Epic Games Launcher, mod developers can download a custom Unreal Engine editor and make all kinds of modifications to the game, from adding new monsters and items, to changing aspects of gameplay. A mod management tool which connects to the Steam Workshop allows players to easily load in the mods they want to play with. 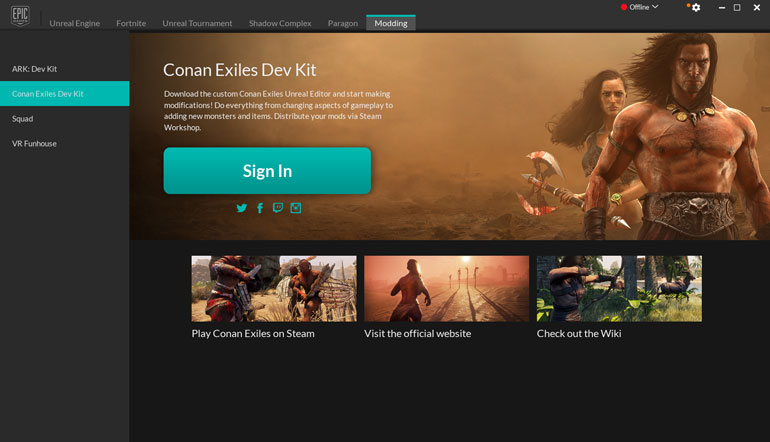 Developed with UE4, Conan Exiles entered Early Access on PC on January 31st and will also become available as an Xbox One Game Preview title in Spring 2017. You can learn more about Conan Exiles on www.conanexiles.com.

For more information on the mod editor, check out the latest dev blog at blog.conanexiles.com/.