Update! HDFilms Talks About Convergence and the Chadam Web Series on Gamasutra

Jace Hall, founder of HDFilms, started out in the videogame world with his development studio, Monolith. Before he went Hollywood, serving as the head of Warner Bros. Interactive Entertainment the past few years, Hall was in charge of keeping track of the game engines on the market.

“Since we licensed out our own 3D Lithtech Engine technology, part of my job was to license that out,” said Hall. “Today, Monolith keeps its technology to itself. But during this time, there were three competing engines – Unreal Engine, id Software's Quake Engine and the Lithtech Engine. In order to do my job correctly, I had to understand exactly the entire feature sets of all of the engines at all times and their rate of progress and how they worked. In terms of using the Unreal Engine personally, I've never had to do that because I've always had my own technology. But I understand how Unreal works, where its strengths and weaknesses are, that was my job of the day for many, many years. As we looked at this project, I was able to easily evaluate what technology makes the most sense for what we were trying to do, and Unreal Engine 3 was the clear winner.”

Hall has watched Epic make improvements far beyond the standard graphics and physics that most engines update. He said the key to licensing this technology for Hollywood creatives was the advances in the tools that Epic has focused on.

“Epic tries to make the technology as easy for other people to use as can be for as complex a system as it is,” said Hall. “The difference between what Unreal is today versus what it was back in the day is that it's a much more elaborate toolset than it ever was before. They've created the kind of user interface that a film or TV production would need to almost be used real time in these situations. Using UE3 is about delivering high-quality, 3D animated stuff under very explicit cost controls. You make trade-offs in terms of what you can do and how much it's going to cost. What they've done with the toolset by adding tools like Matinee, which is literally a cinematic sequencing tool that interfaces with the engine, is make cost-effective 3D possible.” 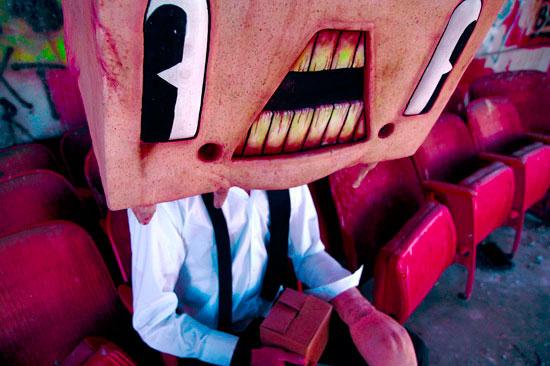 The story that Hall and his team will tell focuses on Chadam's battle against Viceroy, a serial killer who is out to destroy the world. The team is using UE3 to render original character models and landscapes designed by Pardee. Hall said the entire production from beginning to end will take less than a year to produce all of the episodes.

“We're designing our show around whatever the limitations are for game technology,” said Hall. “That makes the size of the team very manageable because we don't need 50 people. It also makes the size of the modeling work that needs to be done very manageable. We don't need to have an army of programmers. We're trying to take what's there and demonstrate what's possible with what's there. When you're doing a game, you're trying to make something that surpasses what's previously been done with the Unreal Engine and distinguish yourself that way. In this case, no one's ever done anything like this with the Unreal Engine. Even with just backing up and working with most of the standard components that come with the technology and not getting into excessive shader creation or things of that nature, people are going to be blown away.”

Hall said that right out of the box, UE3 offers better CGI visuals than the original Pixar Toy Story film. But he emphasizes that they're not trying to make a two-hour long, Gears of War-style movie. The objective is to tell a compelling story that unfolds in 3D better than you've ever seen it before in the short form on the Internet.

“We don't want people to watch this show just because of the technology," said Hall. “We want it to be a very good story, and UE3 technology is allowing us to tell the best story we can in 3D. Projects like Chadam are going to be very important because it will be high-profile and it will exceed a quality level for the short-form Internet that nobody has been able to attain because everyone approaches these like they're trying to do a Pixar film, and you can't spend that kind of money on an Internet short. Chadam will open up Hollywood's eyes to what you can do with Unreal game technology.” 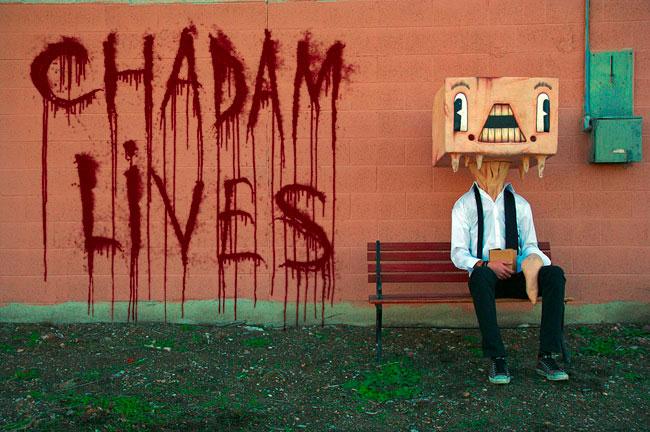 Having spent years in Hollywood, Hall realizes that while more writers, directors and producers play games and are familiar with games, they still don't understand how games are created.

“They assume someone sits there with Maya and puts these games together,” said Hall. “The crossover of game technology to Hollywood has been limited only because the core philosophies that drive a traditional 3D animated project in Hollywood are just different than how you go about putting together an in-game cut-scene in a real-time game engine. They don't really know what is possible. You need people like me, who come from the game space, to move this forward.”

Hall said Chadam will serve as both an experiment, as well as a new pipeline that will allow his team to create future projects, including long-form entertainment, games and other Internet shorts, utilizing UE3 technology. The process will blend how game companies create cinematics and how Hollywood animators create CGI into a fast, low-budget solution with high-end 3D visuals that will open up new avenues for story tellers to express themselves.

“Our only limit is our budget, but even with this budget, we'll be able to tell a much more compelling story with Unreal than we could at the same budget with live action movie cameras,” said Hall. “We will set a new bar for short-form 3D animation for the Internet with Chadam.”